So today! I’ll be sharing the first Coupling Column this year! Actually, I haven’t featured this segment, Coupling Column in January…… Maybe I was too busy watching all the Winter 2021 Anime……?

So! This series has currently been on air since January 2021! Have you checked its Season 2 yet~? If you haven’t, you can review it from the article, which has featured Season 1! Here’s a Coupling Column of THIS Series! 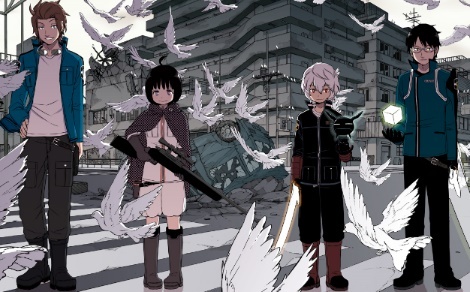 If you want to know the storyline of WORLD TRIGGER, check out this article! It’s about the outline of Season 1 and quick introduction of each character!
【WORLD TRIGGER】Season 2 Coming Out in January! 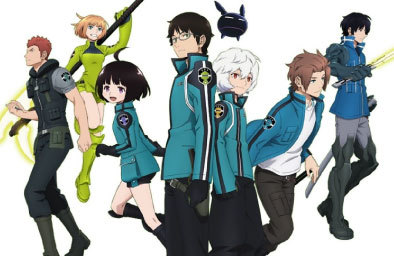 All right! Let’s take a look at the Coupling Column now! 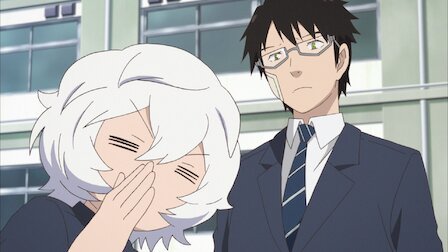 Who Is Kuga Yuma? 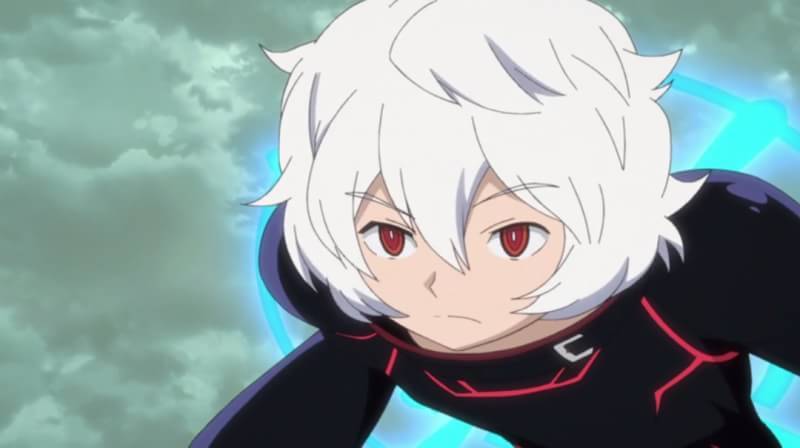 https://otakurepublic.com/product/tag_page.html?tags=26978
One of the four main protagonists of WORLD TRIGGER.
He is a Neighbor in the different world and also a Border, who protects the world from the Neighbors.
He is a key person in the story so how he grows and his past experience will become a very important hint to solve the mystery in the story. He is somewhat a cooperative person but when it comes to treating his enemies, he tends to become very cold with a mixed personality, being ruthless and realistic. 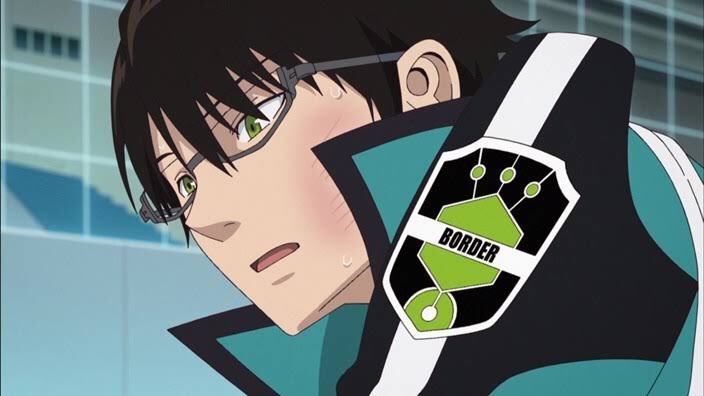 https://otakurepublic.com/product/tag_page.html?tags=26977
One of the four main protagonists in WORLD TRIGGER.
He is a Border but somewhat falling behind everyone else. However, he grows significantly both technically and mentally after he meets Yuma. He is caring, serious and has strong sense of justice. His hard-working attitude will influence so many characters in the story.

The author says they are two of the four main protagonists in WORLD TRIGGER. They look pretty opposite; realist vs softhearted, honor student vs dropout…… but that’s why they can grow and improve together! 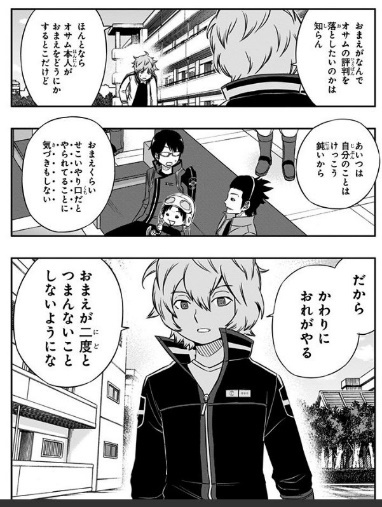 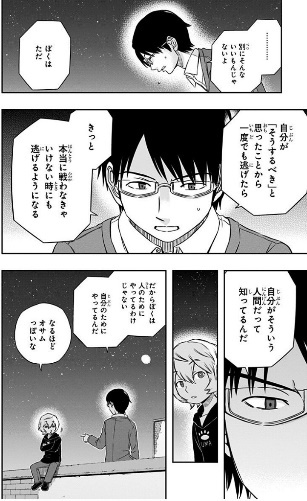 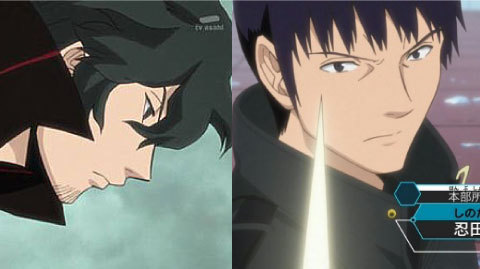 https://otakurepublic.com/product/tag_page.html?tags=110915
The relationship of the two: Similar? Different? Master and pupil in swordsmanship. Both symbol of strength.

Who Is Tachikawa Kei? 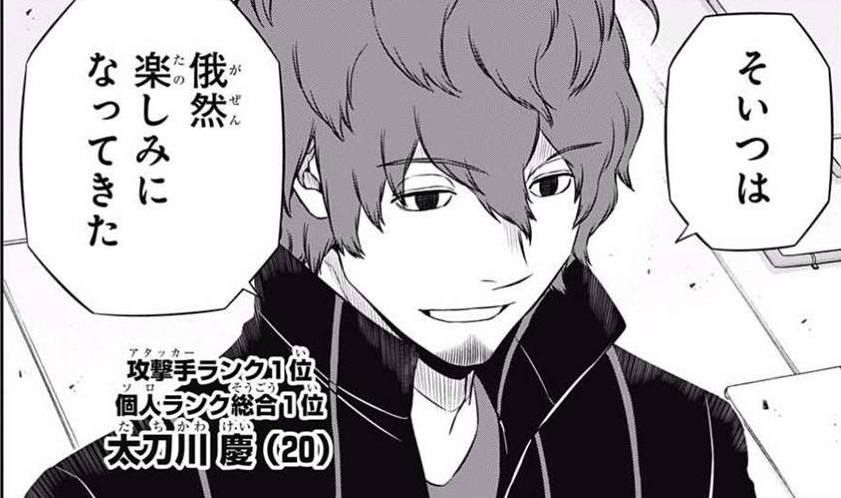 https://otakurepublic.com/product/tag_page.html?tags=37593
He is a Border, who protects the world from the Neighbors. He is the A-rank talented leader.
While he is young (20 years old), he has an extremely high fighting ability. However, he is not interested in anything other than fighting. Therefore, he seems lazy in his everyday life. He is easy-going, always keeping his own pace.

Who Is Shinoda Masafumi? 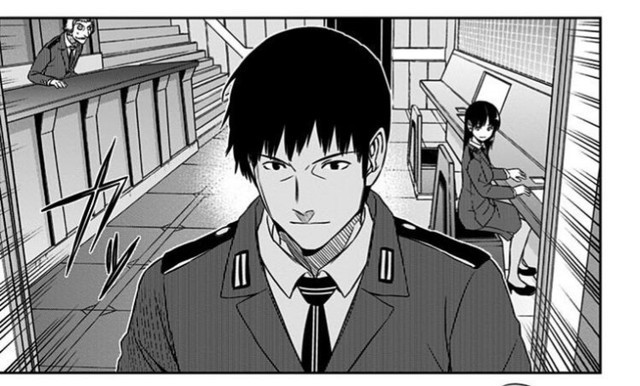 https://otakurepublic.com/product/tag_page.html?tags=35072
He is also a Border, and General Manager and Commander of the Self-Defense Unit. He is one of the founders when the Border was formed as an organization and various characters work for him as a senior officer too.
He is usually very shy and calm but is known as the “strongest man” in the organization, overwhelmingly feared by everyone.

These two represent the “strength” in the organization, Border! In the main story, we rarely see them being together but…… one of the secrets of their popularity is that their master and pupil relationship! 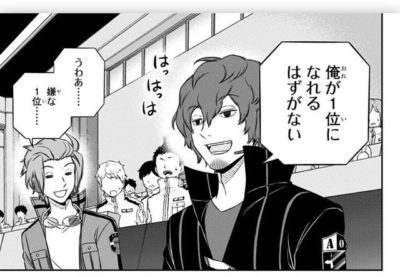 In the story, Tachikawa Kei is being depicted as a very easy-going character but when the master, Shinoda Masafumi, was young, he was even more easy-going. Their playful part and the extreme strong fighting ability are so similar. However, their personalities are a little different, which is one of the attractions about this combination! Look forward to their interaction after anime or in the original after this! 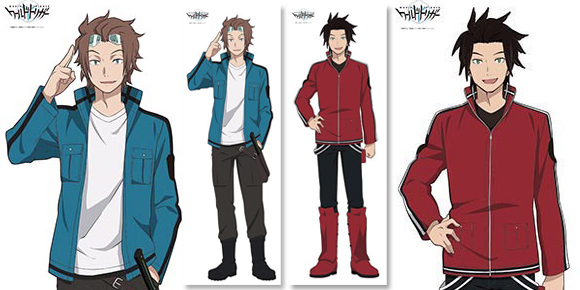 https://otakurepublic.com/product/tag_page.html?tags=112242
The relationship of the two: Same age. Close in private time. Both really trust with each other.

Who Is Arashiyama Jun? 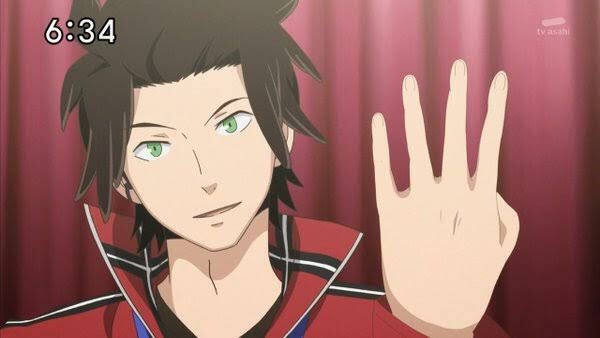 https://otakurepublic.com/product/tag_page.html?tags=30809
One of the Border members. Being in charge of Public Relations, he is very popular, appearing in various media. He has strong mission, where he protects citizens but also has flexibility, trying not to stick to the rules too much. His personality is refreshing and he is very popular. He gets along well with Jin Yuichi too.

Who Is Jin Yuichi? 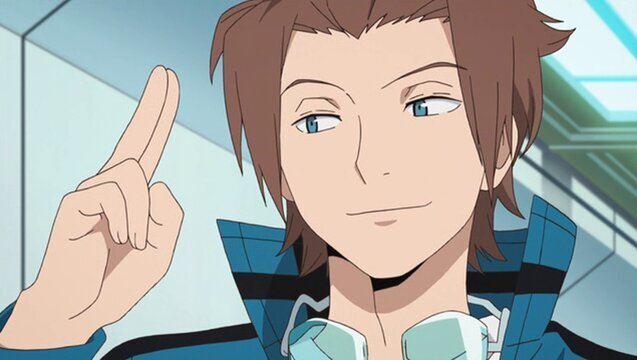 https://otakurepublic.com/product/tag_page.html?tags=30292
One of the four main protagonists.
While he is very young (19 years old), he is one of the founders of the Border. He has experienced having lost his loved one by Neighbors’ attack but he still supports Kuga Yuma or Mikumo Osamu, getting over strong hatred toward the Neighbors.

The relationship of these two is so stable. We even see the line, ‘We get along very well!’ in the story too! Both their age and rank are so close so they trust with each other very strongly in the Border too. And they also ‘worry’ about each other too. 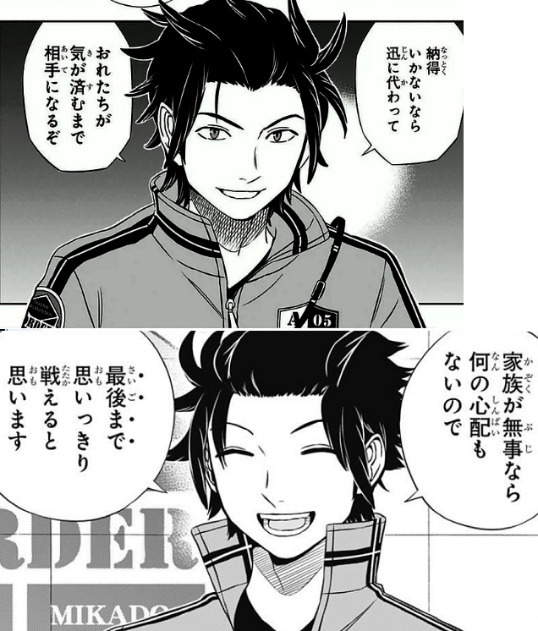 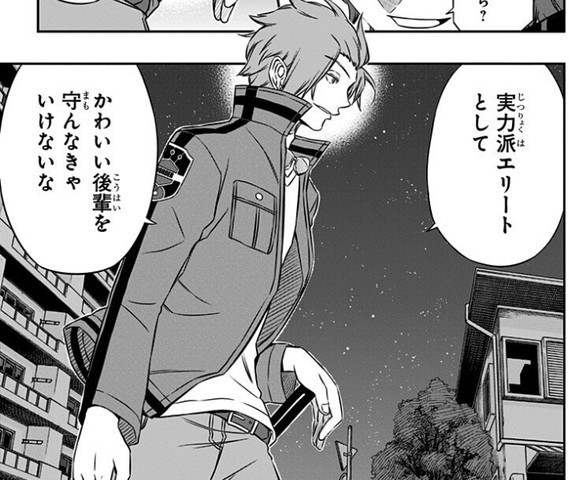 While they seem similar, we often see the scenes, where Arashiyama Jun worries too much about Jin Yuichi. While Jun admits Yuichi’s high ability, he sometimes says ‘Take it easy. You’re not the only one to feel responsible.’ 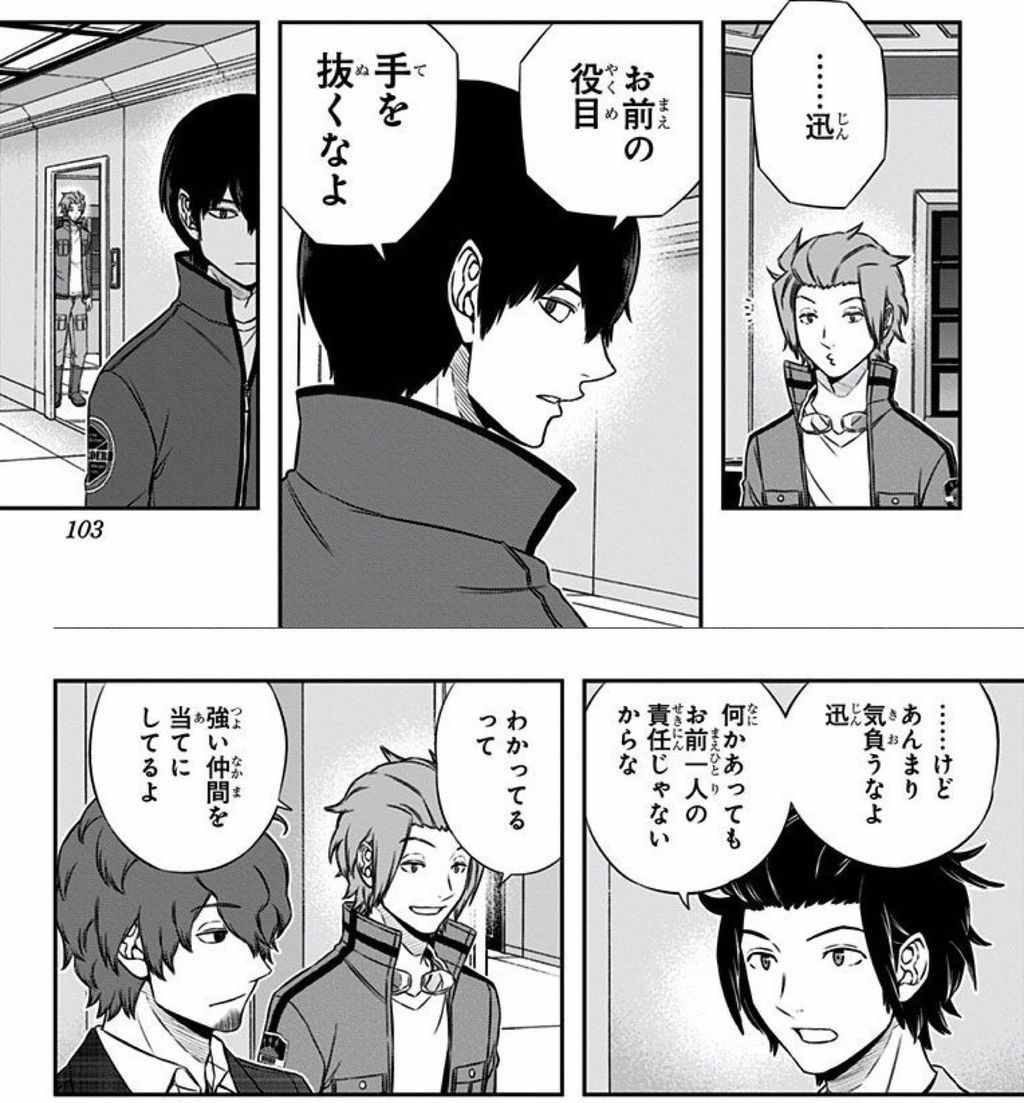 On the contrary, Jin Yuichi replies to him, ‘I know. I depend on you, my strong buddy.’ This clear and stable relationship might be the secret of their popularity, huh~? Everything seems similar except for their past, though. That’s giving the character, Jin Yuichi, the brevity, I mean ‘a death flag’ (sign that he will die), or loneliness or strength……!
Jun is always worried about Jin who is in such a complex mind, not being able to leave him alone. Their relationship is stable, equal and slightly unbalanced……! That’s their attraction!

As I announced in the beginning, Season 2 of WORLD TRIGGER’s Anime is currently on air! Why don’t you watch it and Season 1, and even Doujinshi too?
WORLD TRIGGER
▸

Alright! This is all for today! I’ll see you all at the next article!
Bye now~!
WORLD TRIGGER, Mikumo Osamu, Kuga Yuma, Jin Yuichi, Arashiyama Jun, Shinoda Masafumi, Tachikawa Kei