※ This Coupling Column is written under the author’s preference. We know all the Couplings in the world have full of freedom and love, and anybody has his/her own preference.
※ Please note that this article contains some spoilers about card illustrations of some characters.

40th…… That’s awesome…… I have no idea about how many people read this article and what they read it for…… but I’ll try harder so those who don’t know anything about the couplings can know them well, and so those who already know them can realize that they are awesome by extra info shared by me!

Already! The coupling in this Coupling Column, commemorating its 40th column, is…… THIS! 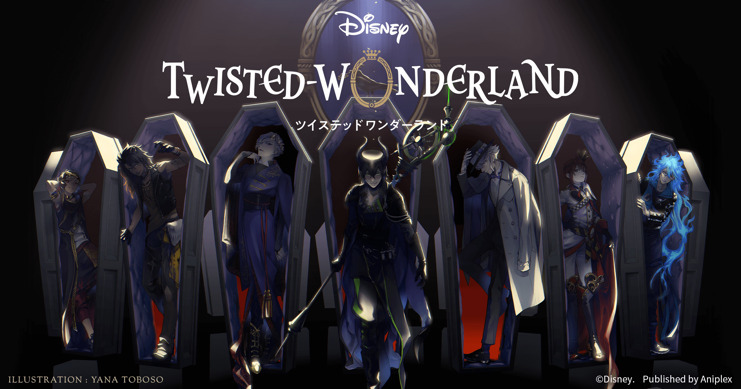 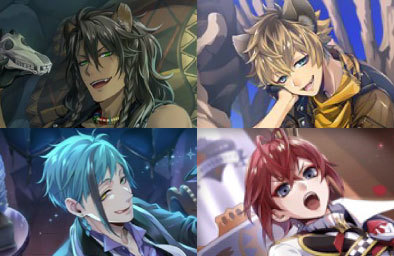 Alright now! Let’s take a look at each combination!

https://otakurepublic.com/product/tag_page.html?tags=730008
The relationship of the two: They are classmates, both assigned in Heartslabyul Dormitory. Great partners and rivals with each other, supporting the main protagonist together.

Who Is Ace Trappola? 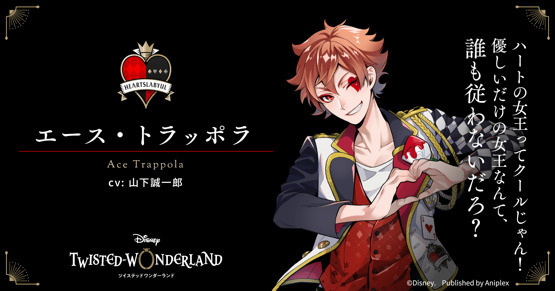 https://otakurepublic.com/product/tag_page.html?tags=726275
He is a first-year student in Heartslabyul Dormitory.
He has a cheerful and mischievous personality and really speaks his mind clearly. Since he is capable of doing anything without making any efforts, he completes everything instinctively, which is one of his weak points. 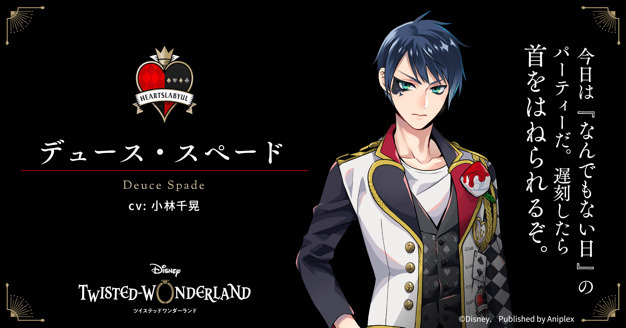 https://otakurepublic.com/product/tag_page.html?tags=726276
He is also a first-year student in Heartslabyul Dormitory.
Unlike Ace, he is a little slow and clumsy on completing things. He really knows his personality so he makes efforts more than anybody and has a never-give-up mind.

These two are the best partner who can support the players who come to the different world, Twisted Wonderland, and go to a magic school, Night Raven College! 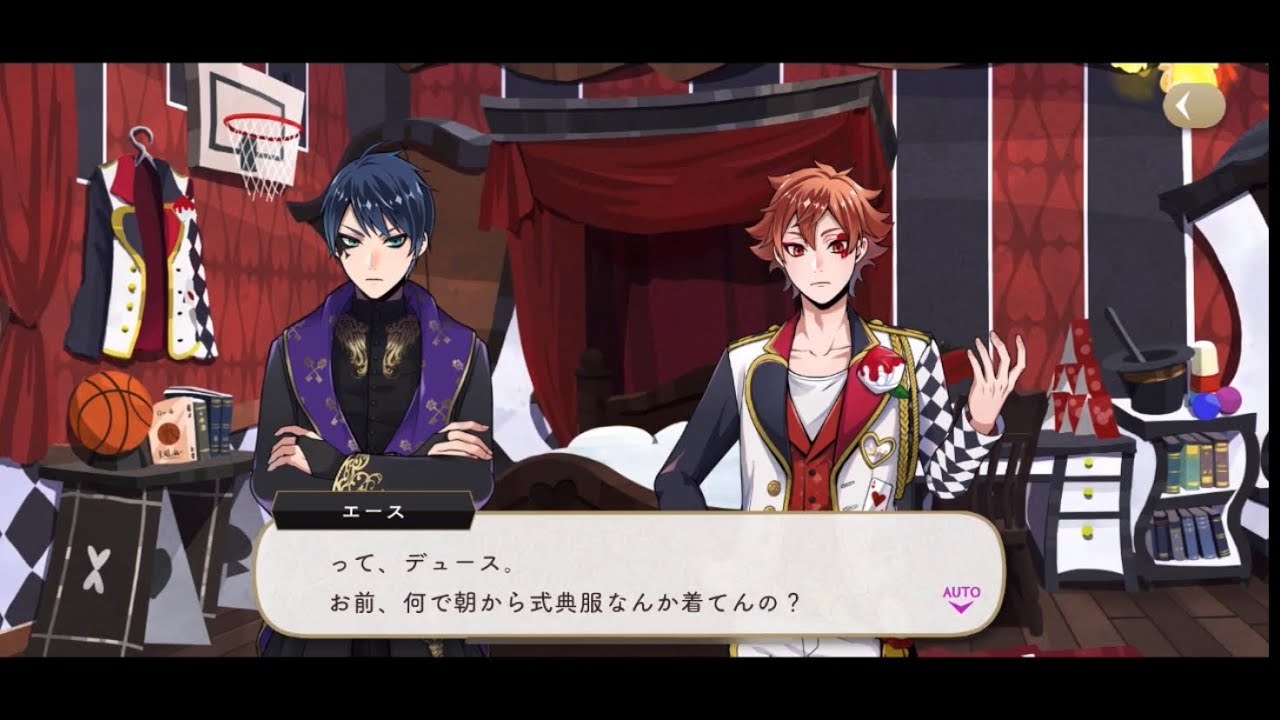 They usually get along with each other but they sometimes conflict because of the way they think, rather than their personalities. Conversely, I should say they can frankly say what they think? Therefore, for better or for worse, they never have a big quarrel since they know each other well.

Ace knows that Duce can never leave those in need behind, whereas Duce knows that Ace tends to focus on doing thing enjoyably and effectively and hates troublesome things. Both of them are just like the typical ‘high school students,’ which makes us think that they are so heartwarming being together!! 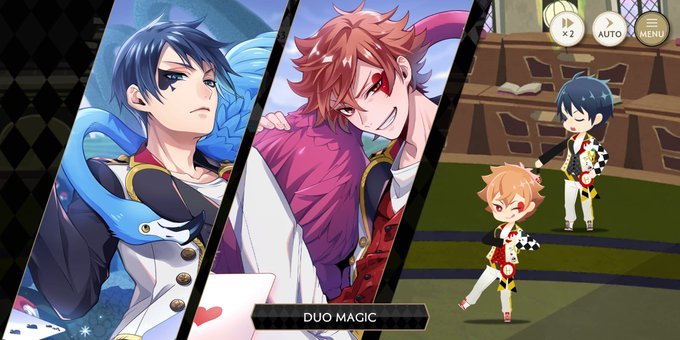 In the main story of Twisted Wonderland, you will be with these two characters, interacting with various students so you will be familiar to them~! If these two pair up, they can use special magic, which is one of the attractions too! 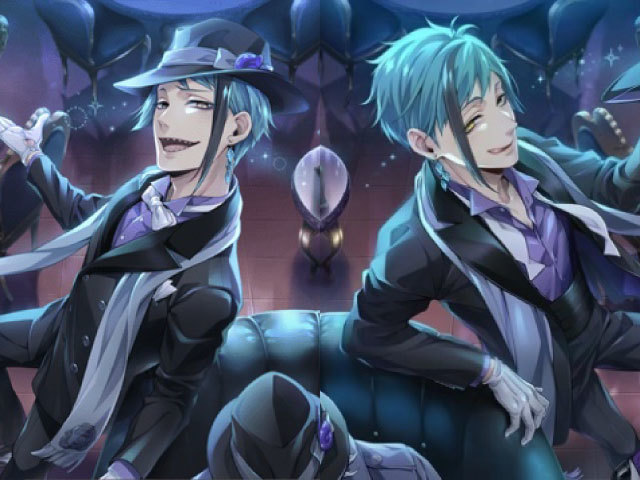 Who Is Jade Leech? 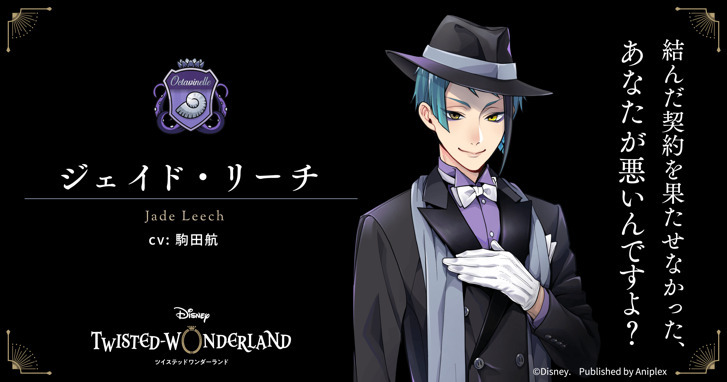 https://otakurepublic.com/product/tag_page.html?tags=703466
He is a second-year Mermaid student, also the vice head of Octavinelle.
He often talks in a formal manner and uses formal words in his speeches but sometimes says sarcastic things, smiling on his face.
Floyd Leech is his twin brother. He loves to see plants or nature that doesn’t exist in the sea.

Who Is Floyd Leech? 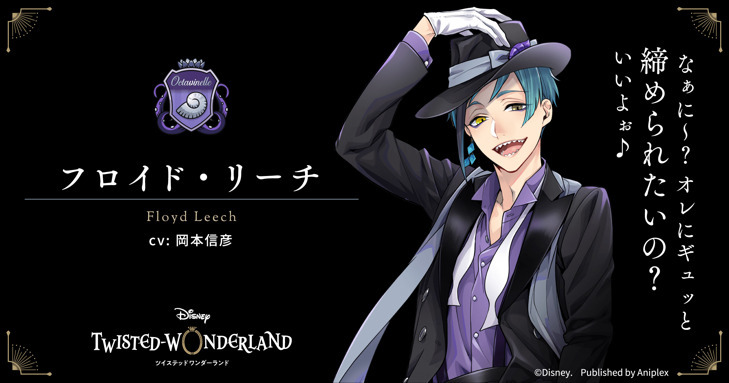 https://otakurepublic.com/product/tag_page.html?tags=703467
He is a second-year student in Octavinelle Dormitory.
He is very laid back and a moody person. When he is happy, he completes anything, but once he gives up, he becomes less passionate. After he entered school, he was able to get a human’s body. Therefore, he loves to do sports where he can use his legs.

These two really stand out in the story! Since they are twin brothers, they oftentimes spend their time together. They appear together both in the main story and the limited edition event~! If they pair up, they can use special magic too!

Honestly…… they have a special atmosphere and relationship, unique to the twins, I mean, ‘they know everything about each other’.
Jade is basically calm and even enjoy being involved with Floyd’s laid-back personality. Floyd, on the other hand, can feel what Jade is thinking even though everybody doesn’t know what he’s thinking most of the time…… For those who love twins, they are the ones! And they’re the classic type twins’ combination too! (Of course they are) 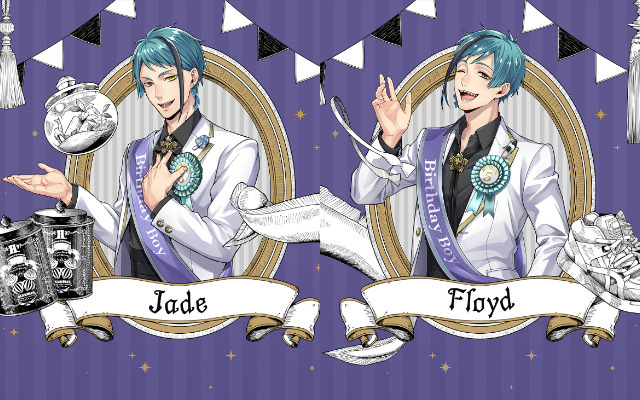 They look alike in appearance but their personalities and preference are different, which is one of their attractions, huh~? They haven’t officially announced which is older but Jade might be older mentally because we often see him spoiling Floyd…… However, Jade sometimes shows us childish atmosphere too…… Anyhow, we see so many scenes both in the main story and in the event, where we feel their twins’ love from them. Such an awesome combination (Sorry it’s my personal opinion……) 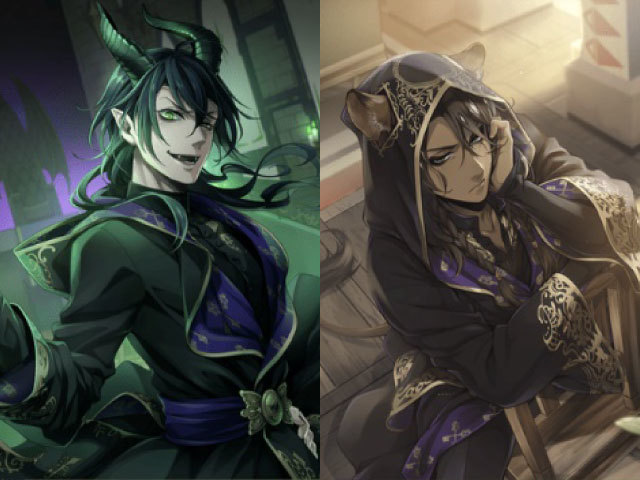 https://otakurepublic.com/product/tag_page.html?tags=713813
The relationship of the two: They Are Actually Both Princes and the Heads of the Dorms but Do They Get Along……?

Who Is Malleus Draconia? 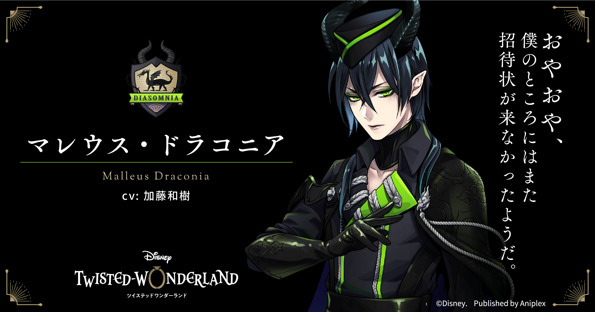 https://otakurepublic.com/product/tag_page.html?tags=712121
He is a third-year student and the head of DIASOMNIA Dormitory.
He is a descendant of the fairies, and the next King of the Valley of Thorns. His magic power is among strongest in the world, which is also well-known at school. However, he has a calm personality…… Rather, he does everything at his own pace. He is also very mature. Sometimes, he doesn’t have common sense…… I mean he is not familiar with common sense in human world.

Who Is Leona Kingscholar? 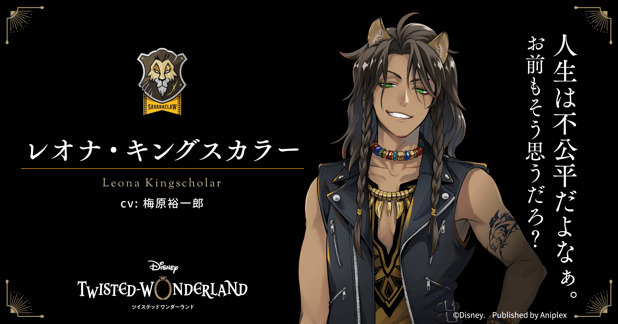 https://otakurepublic.com/product/tag_page.html?tags=709388
He is a third-year and the head of Savanaclaw Dormitory.
He doesn’t like using much effort, and constantly appears lax and leisurely. He is the second prince of his home country, Afterglow Savanna, but has no right of succession. He tends to act arrogantly but takes care of his subordinates and buddies, which makes everybody like him.

These two…… actually don’t get along well at all. In the main story, they don’t appear together since Malleus doesn’t show up but in a short event, the relationship of these two is revealed.

Actually, Leona doesn’t really seem happy with Malleus. It’s not because of his background such as where he was born or what kind of tribe he is but it’s because of the fact that ‘he has lost completely in the competition, Magical Shift, which took place last year.’
In the Savanaclaw Dormitory, where Leona is the head, is famous for the sports, Magical Shift, so he is still holding a grudge about having lost by DIASOMNIA Dormitory, led by Malleus.

Other characters who were watching them then say ‘they are just like the normal students.’
Since Malleus has such a strong power as a prince of the fairies, most people were not able to get closer to him. That’s why there was nobody who could fight against him like Leona before…… Anyhow, to Malleus, Leona was precious because he never treated Malleus special. I wish they got along better but I think they will be okay because they usually start to argue from a little thing.
I wonder if we can see the scene, where they appear together in the main story…… I want to see Malleus-Sama more~!! 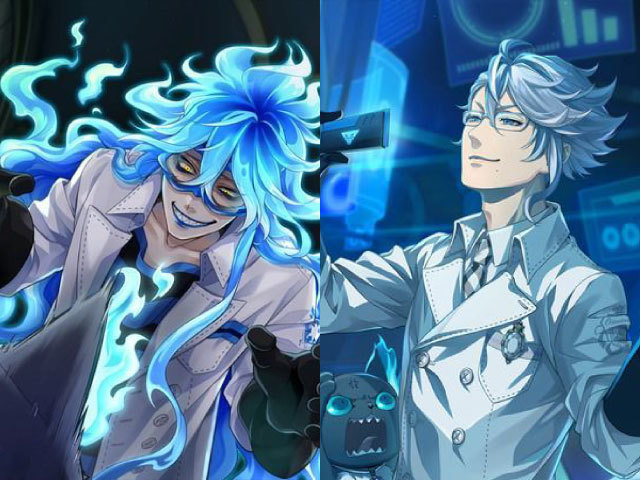 https://otakurepublic.com/product/tag_page.html?tags=725322
The relationship of the two: Both Belong to the Board Game Club. The Personalities Are Totally Opposite……

Who Is Idia Shroud? 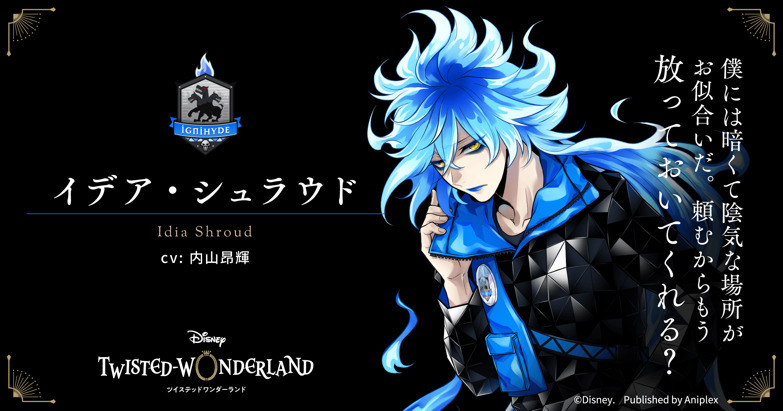 https://otakurepublic.com/product/tag_page.html?tags=703464
He is a third-year student and the head of Ignihyde Dormitory.
He is shy and has a dark nature, not wanting to interact with people and staying in his dorm. He is Otaku, loving to play games. He explains what he likes so fast. He is good at programming and genius, who can create various things on his own with belief ‘There’s nothing human cannot create.’ 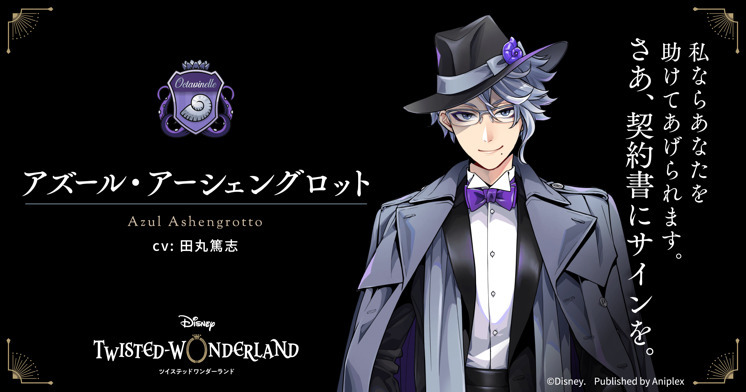 These two really look heartwarming! ‘They shouldn’t get along well each other with their personalities but somehow they get along well’! 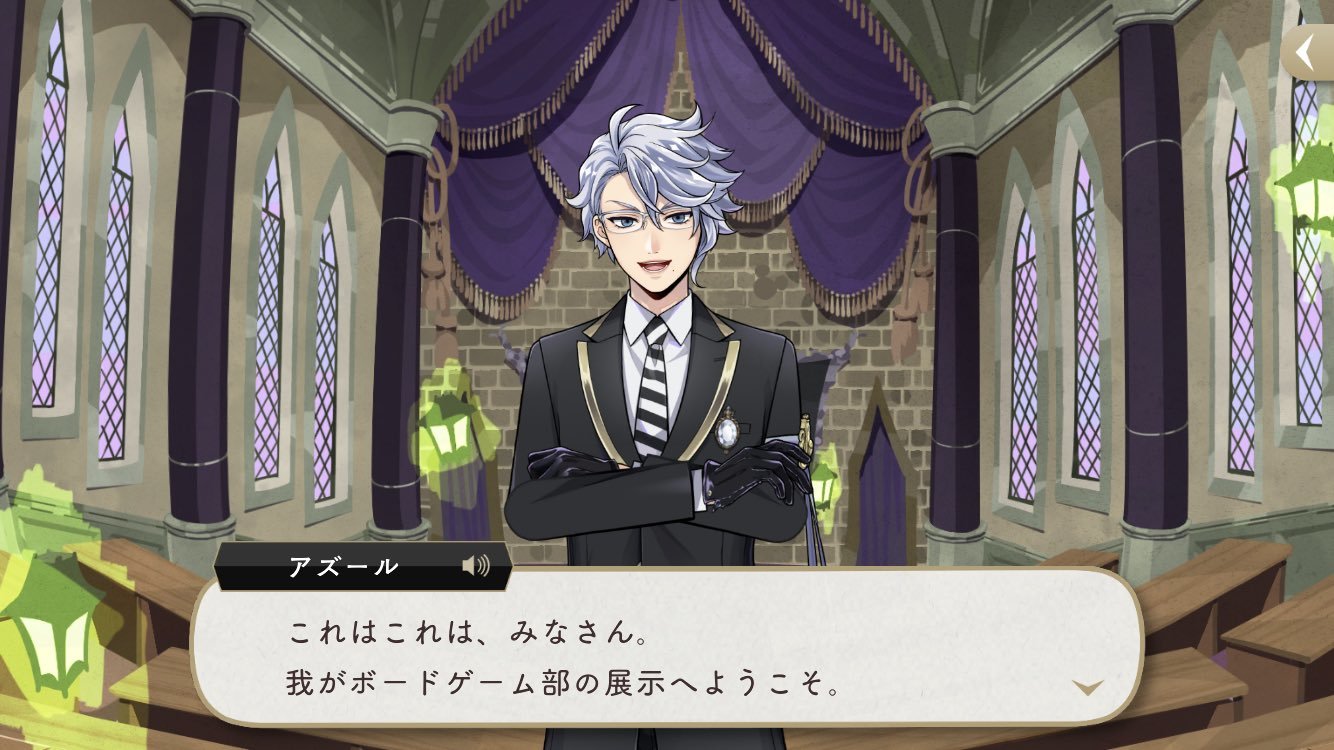 And Azul usually wouldn’t accept anything which does not have benefit to him but he often accepts what Idia asks for free…… I mean Idia does a little thing in return, though. They are in different grades but there are so many more episodes, where they get along that we expected, which amazes us! 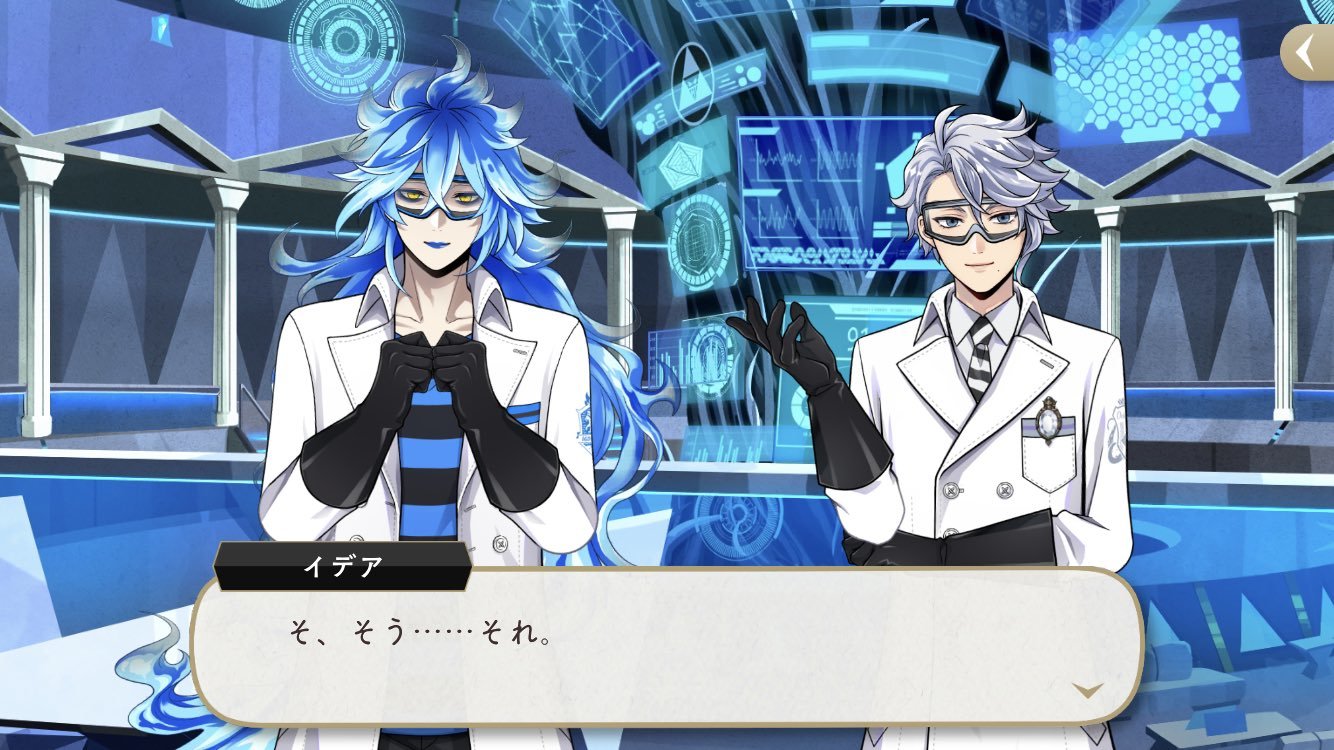 They get along but they are competitive, disliking to lose. They sometimes argue after they play the board game but the reason why they start arguing is heartwarming, huh? Azul is one of the few friends of Idia who is not sociable…… It’s so heartwarming to watch them. They make us want to watch over them more~!