Konnichiwa everyone. This is Boss from Otaku Republic!

Konnichiwa~ everyone! This is Saori from Otaku Republic!! For today’s article, I’d like to do a focus on a work that’s trending as ●●game of the new era!! A work for which an animation project is currently under progress!!

【Arknights】TV Animation Currently in the Makes! The Mobile Game Arknights and its Charm!? 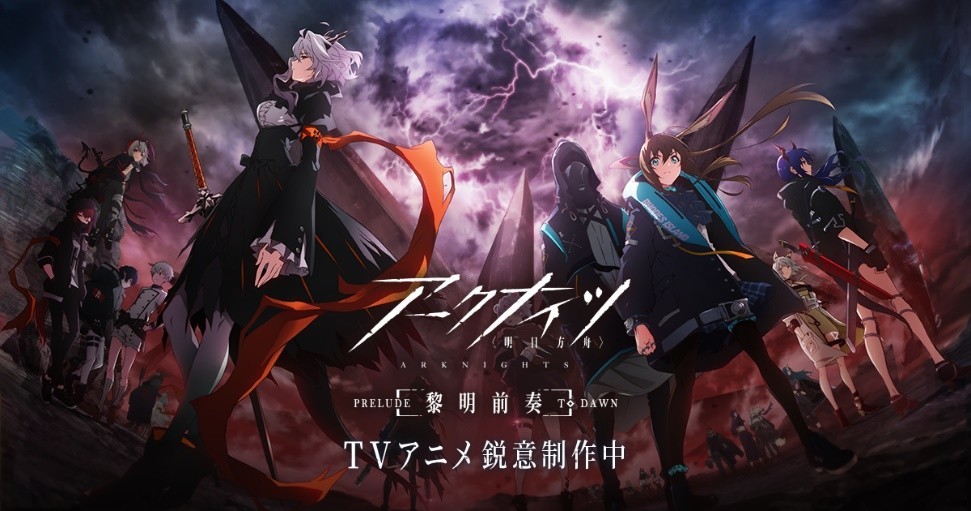 Today, we’d like to introduce the game Arknights, its animation project currently underway, in a nutshell!! It’s a game with an extremely complex concept, so I will try my best to explain it in a way that someone who don’t know much about Arknights, like Boss, would understand!! 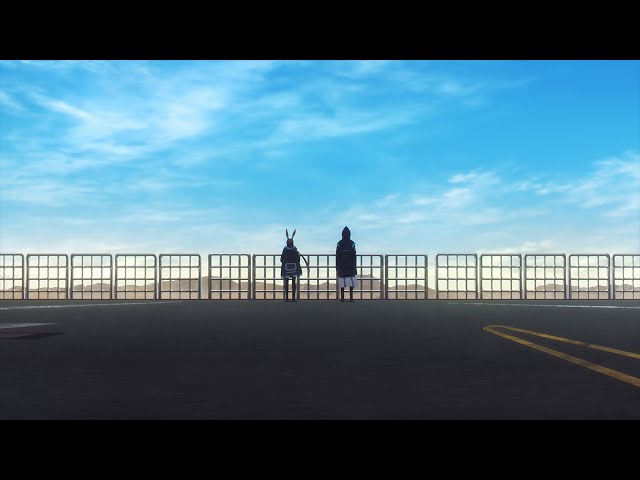 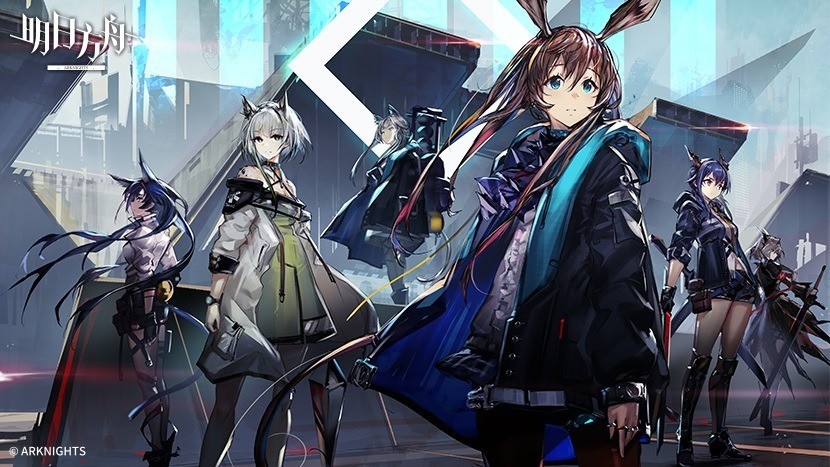 Upon a discovery of a mineral ore, the world turns upside down in a planet occupied by multiple races. 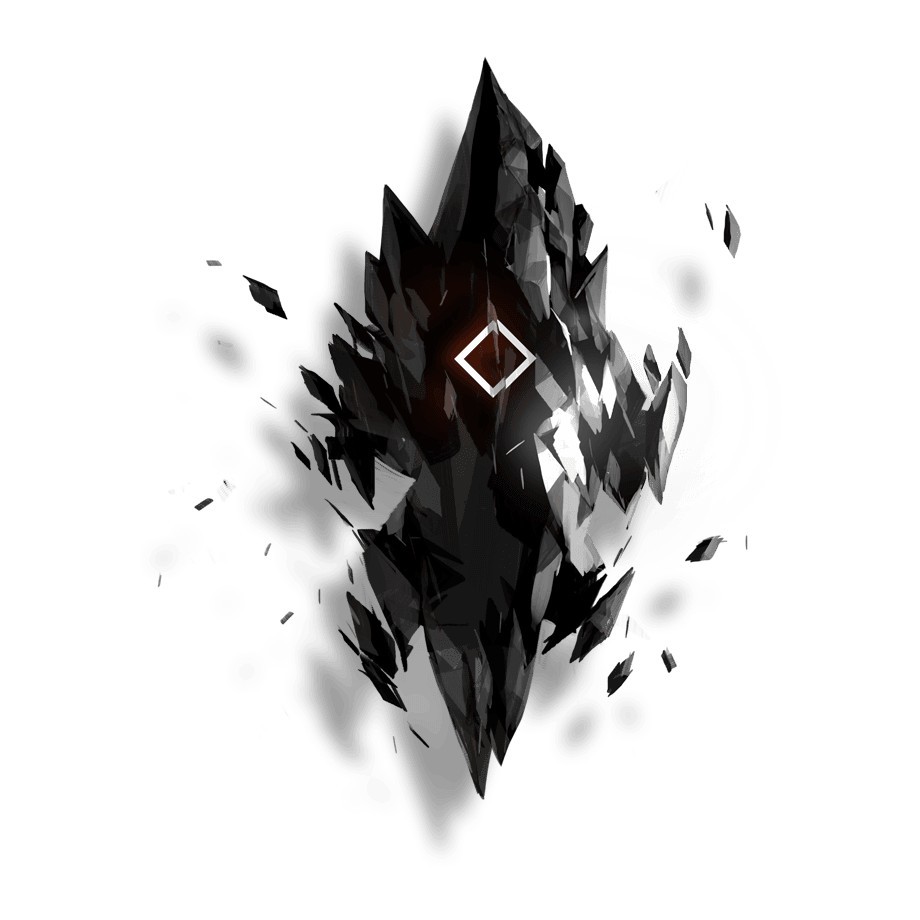 The ore brought upon the people both “bliss” and “disaster”.
While the mineral had extraordinarily high energy out of all others in the planet, it turns out that upon long-term exposure, it infects people with infectious and fatal disease. The plot tells the conflict between the supporter group, that want to continue to use the ore as a high energy source, and a pharmaceutical company, Rhodes Island Pharmaceutical Inc., that opposes the supporter group and aims to find a medical cure for the terminal disease.

I simplified tremendously, but this is the rough description of the plot!

I see I see. So, this takes place in a different planet than the one we live in.

Yes. But the situation is grave. Differences of opinions between various races is an example. The player takes the role of a researcher to search for the correct answers and possible solutions, if there are any.

What Type of Game is Arknights? 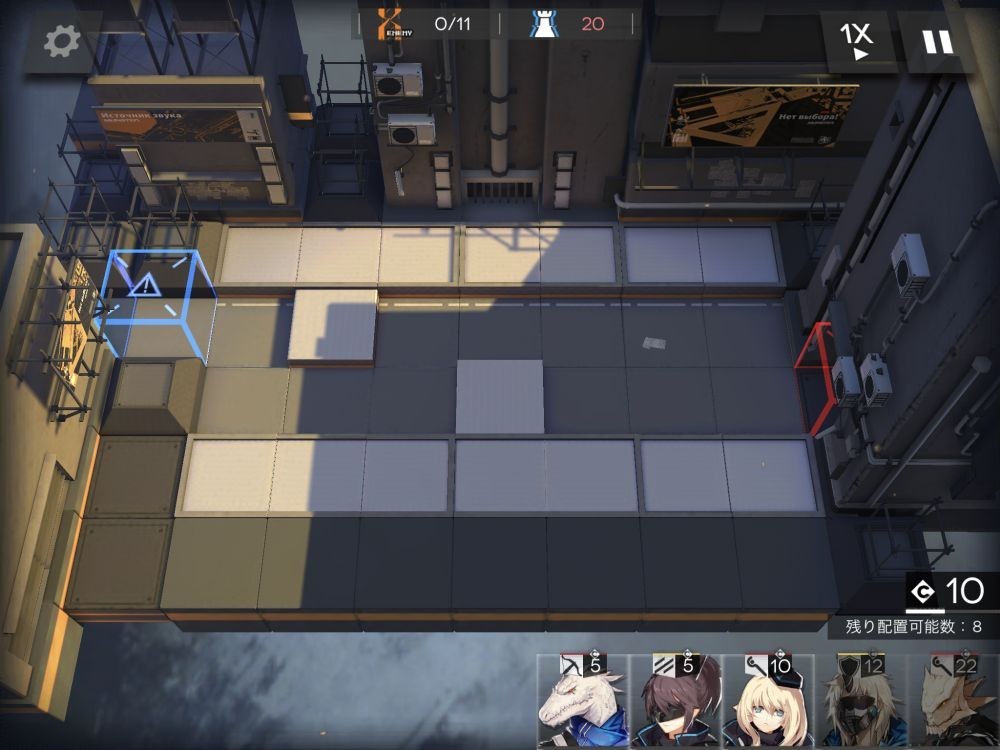 Tower Defense has player’s territory and opponent’s territory. The game requires protecting your territory by placing ally characters, artilleries, and such on the field to combat against the attacking enemy. What we typically refer to as a ‘defense game’!

Most Tower Defense games, like below, are generally not 3-dimentional so that characters and territory divisions are easily understood. But with Arknights......! 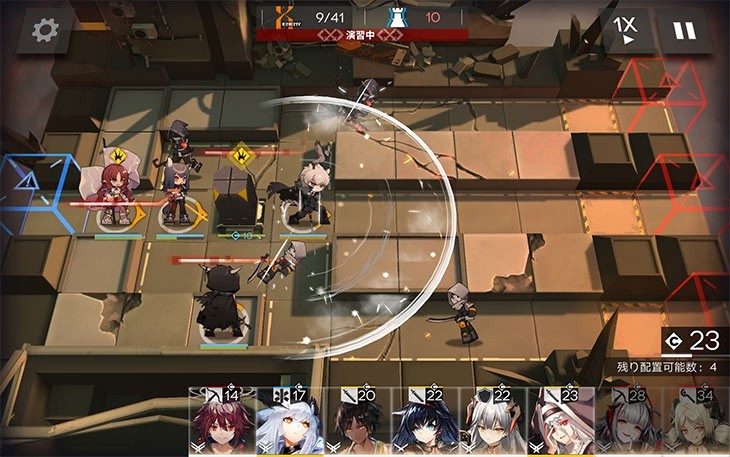 And, you lose the battle if an enemy character reaches this blue tile! (Eliminate all enemy to win, basically) The key point is how the player prevents enemy’s attacks by positioning characters using Cost (Deployment Point), which regenerates with time! 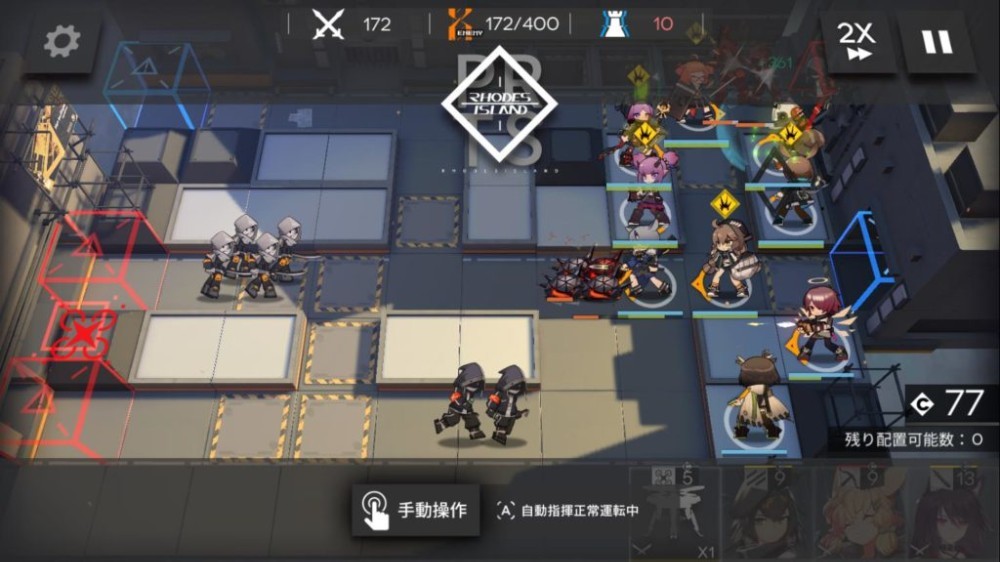 I really like these strategy and tactics, as opposed to action battle, games.

Then I think you’ll enjoy it a lot! Each character comes with 8 branches of class. There are characters ideal for front-line defense while waiting for cost regeneration, characters capable of healing, characters best for attacking against aerial weapons/enemies, and more. The trick is to choose characters that match the approaching enemy’s characteristics! 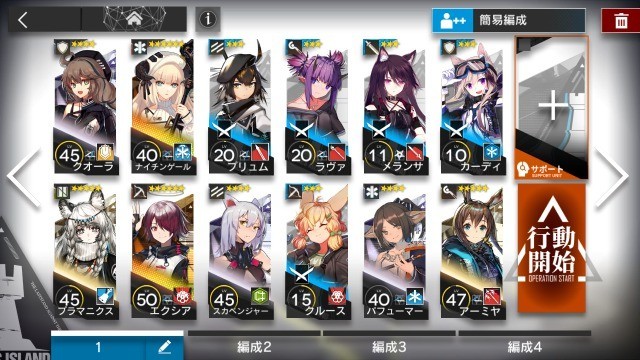 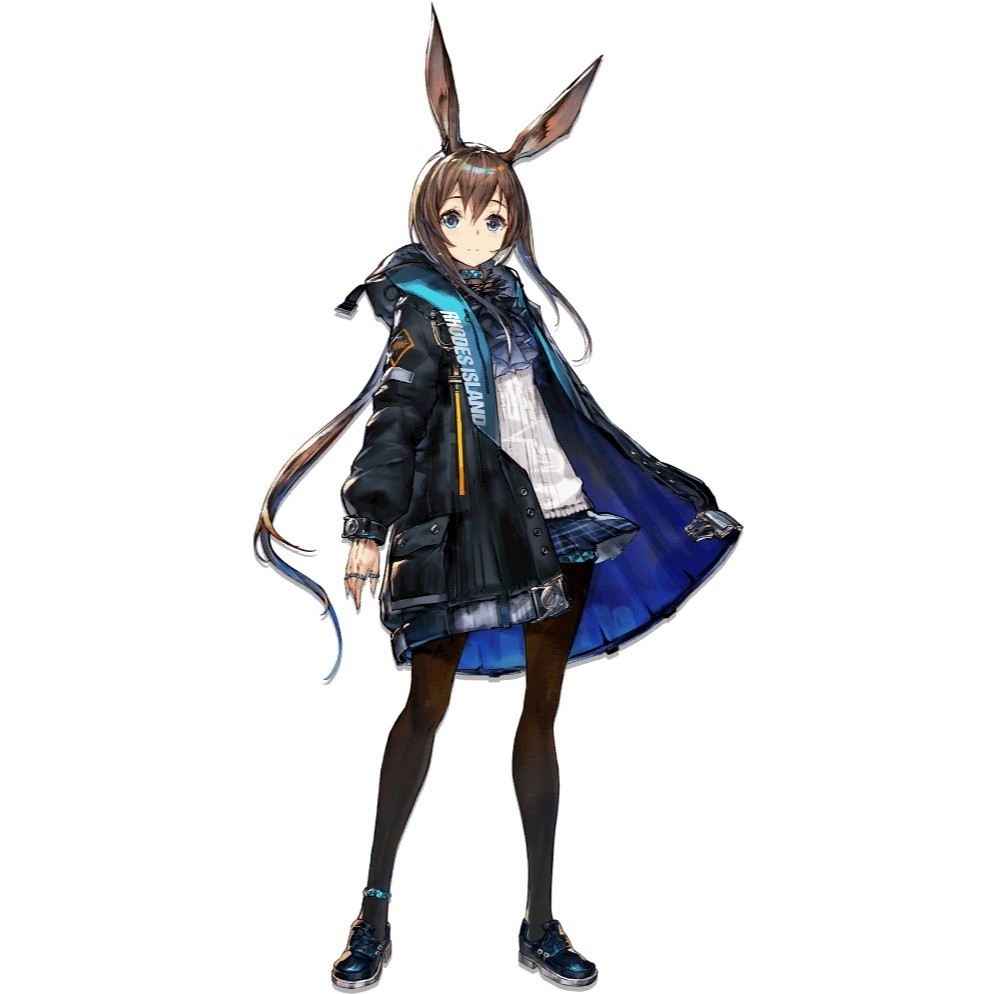 https://otakurepublic.com/product/tag_page.html?tags=835798
A key character in this game and the plot’s protagonist.
Essential leader of the Rhodes Island Pharmaceutical Inc., a pharmaceutical company that rises to protect and treat humankind from the global threat of infections.
Class is Caster. She is capable of magic-like attacks and can handle high defense enemies.
Ch'en 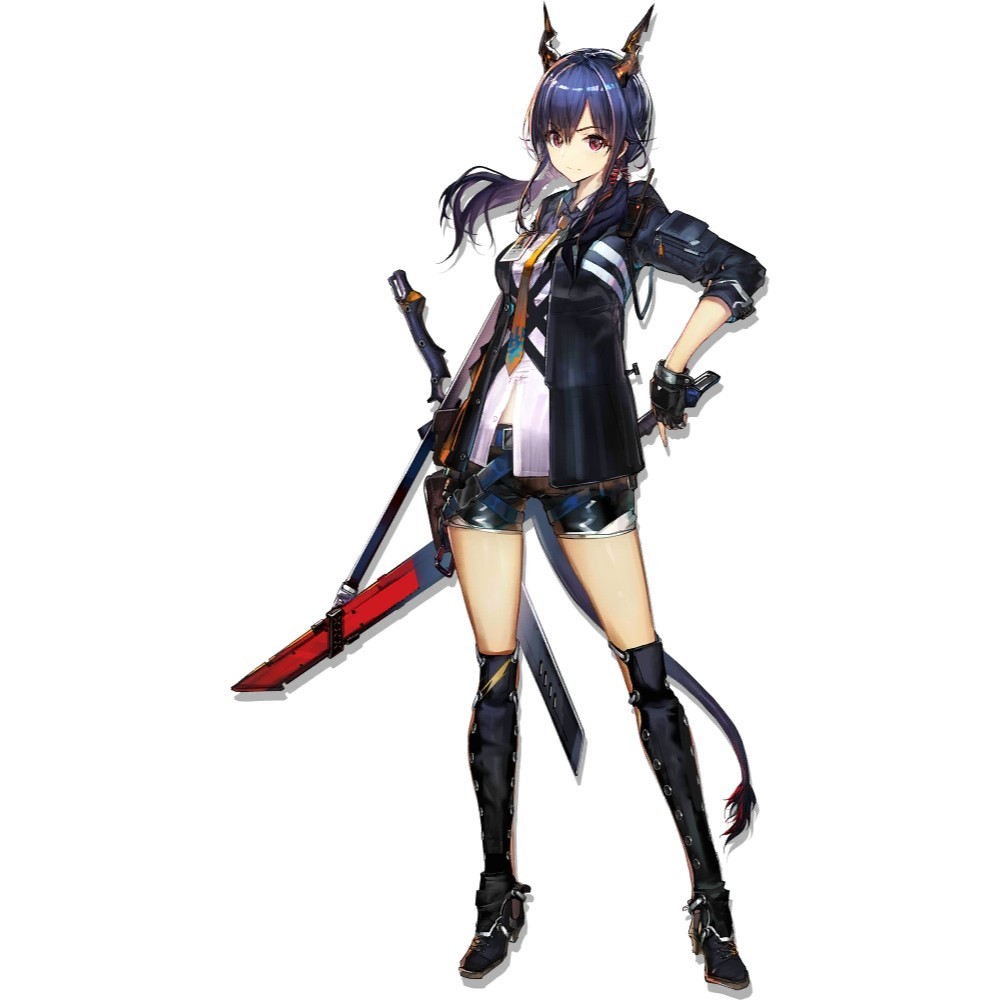 https://otakurepublic.com/product/tag_page.html?tags=835800
A girl who shares Amiya’s goals and aids the movement.
An intellect who graduated school with stellar grades. High battle ability is a given, she also excels at brain strategy battles.
Class is Guard.
A class particularly good with close-combat and can be depended in various battles.
Thorns 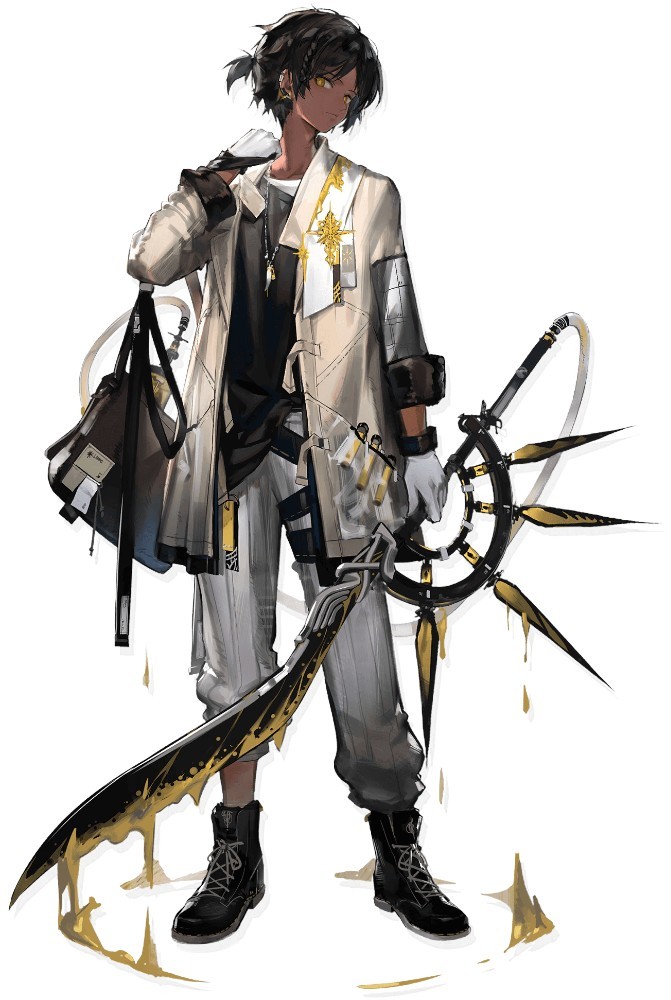 https://otakurepublic.com/product/tag_page.html?tags=800076
A young boy who is at Rhodes Island Pharmaceutical Inc. due to worsening conflicts in his hometown.
Like Ch’en, his Class is Guard.
However, his high medicine-making skills enable him to give abnormal statuses to enemies.
Elysium 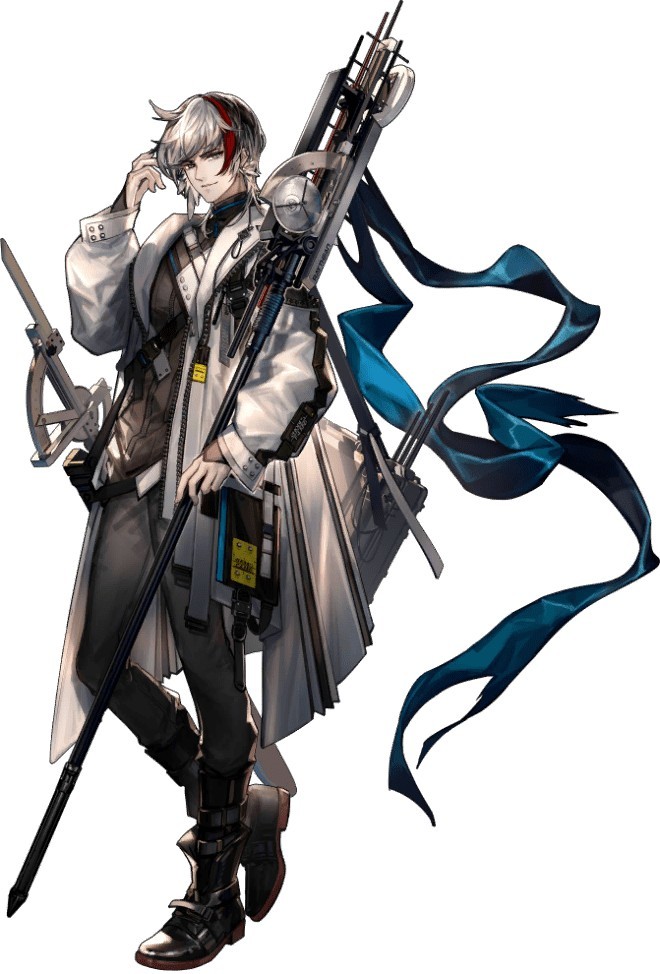 https://otakurepublic.com/product/tag_page.html?tags=800077
A charming boy who tried to describe himself as a “once-in-a-century handsome face” in the introduction paperwork.
A multifunctional character who can attack while simultaneously aiding and has a special skill that uses sound.
Class is Vanguard.
Advances immediately when the battle begins and is best suited for protecting the front line by halting the preliminary enemies until the back row arrives.

The trending topic is that we will now be able to see this deep-scope Arknights scenario through anime! This is perfect for those who haven’t played the game...... but curious about the storyline! If this is you, don’t miss the upcoming information on this animation!!