What is the Open-World? 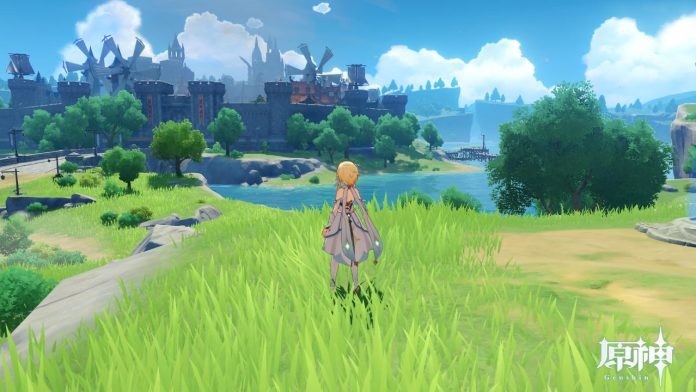 It’s a game design of using a virtual world that the player can explore and approach objectives freely, as opposed to a world with more linear and structured game play!

It’s a type of the game design, where the player can freely walk, run and jump around on the screen!

And the one we’ll be featuring today is...... such a popular Open-World × Social Game, which just celebrated in September for its 1st Anniversary! Let me share a rough introduction in five minutes!! 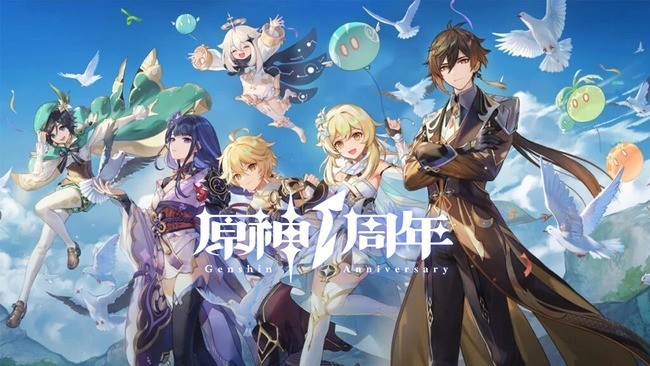 What Is Genshin Impact? 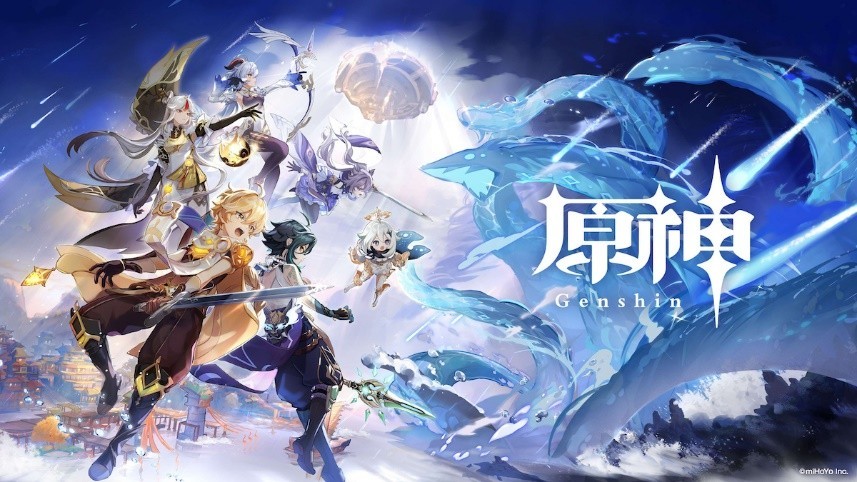 Genshin Impact is an open-world and action role-playing game developed and published by a Chinese company, miHoYo. It was released in September 2020. It’s free to play. As a social game, we can not only play it through smartphone but also through PlayStation or Windows. 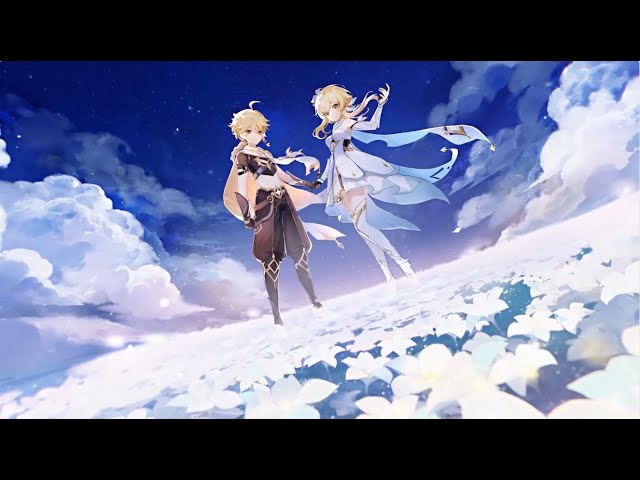 Yeah! I’ve seen Genshin Impact too! We see its ads in various stations or towns, huh? It’s so awesome that we can not only play it through smartphone but also through Play Station or Windows~! 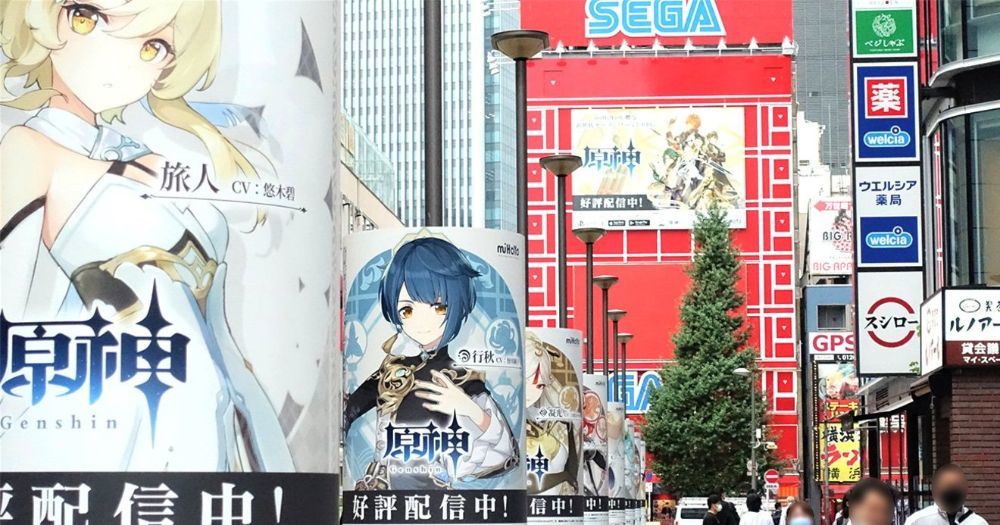 I know, right? And guess what? You can even play it through mixture of those (PlayStation, Windows and smart phone) too! That means those who have limited data in smartphone can even play it too......! It’s awesome, right? (I’ve heard that they are developing a Switch version now)

※ Don’t worry, there’s no serious spoilers in this article. 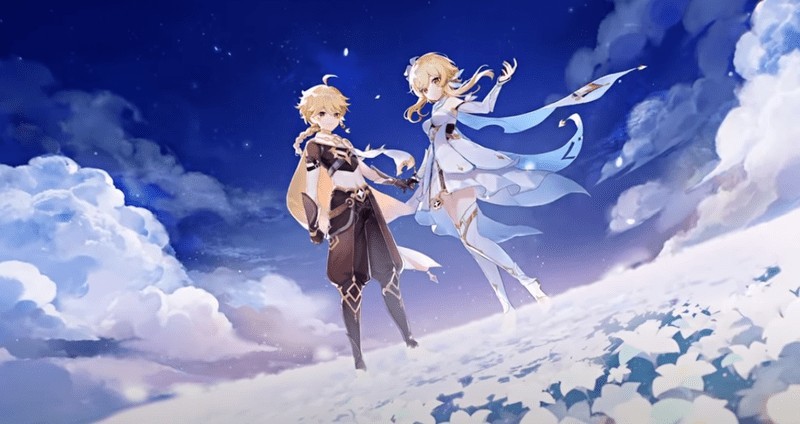 The story is set in a virtual world, Teyvat. People have believed in Gods and developed Teyvat, getting power to control “seven major nations.”
However, 500 years ago, so many natural disasters occurred in Teyvat, due to extinction of a certain country. Although those disasters are now gone, Teyvat is not a peaceful world yet.
So the players travel in Teyvat, which is developed and evolved by the seven major nations, to get a peaceful world back.

Yep, it’s a super classic RPG! The seven major nations consist of Hydro (Water), Pyro (Fire), Electro (Lightning), Geo (Earth), Dendro (Nature), Cryo (Frost) and Anemo (Wind). If you use these powers, you can generate flames or water, remove the gimmick on the map, or can even fight, making use of these benefits! If you combine particular nations together, you might get more power and extend the range! It’s a game system created precisely so you can enjoy even more with these nations you own, instead of just hitting the buttons! 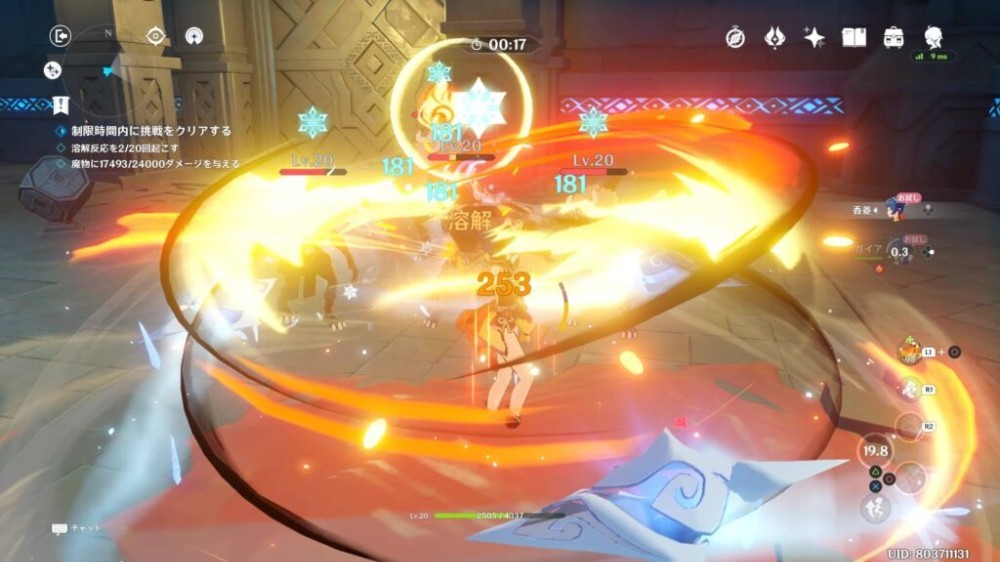 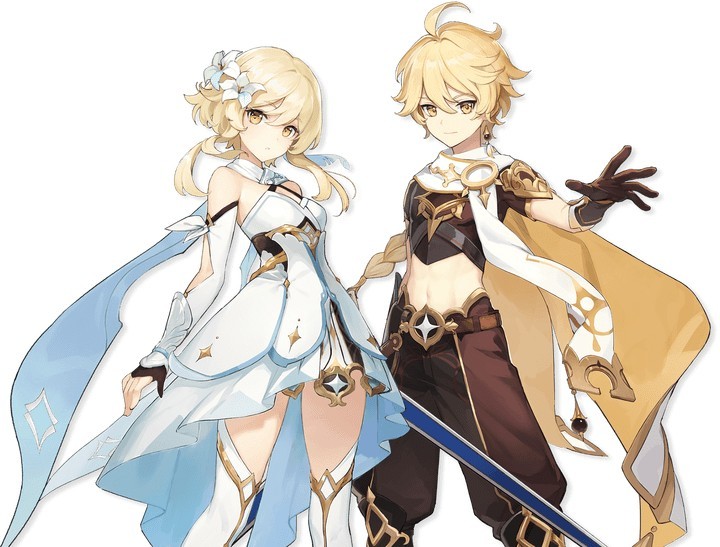 The player controls these twin siblings (a boy and his younger sister).
Actually, they are visitors from another world. (This is not a spoiler.) They visit Teyvat but when they are about to leave there, they get attacked by a stranger. 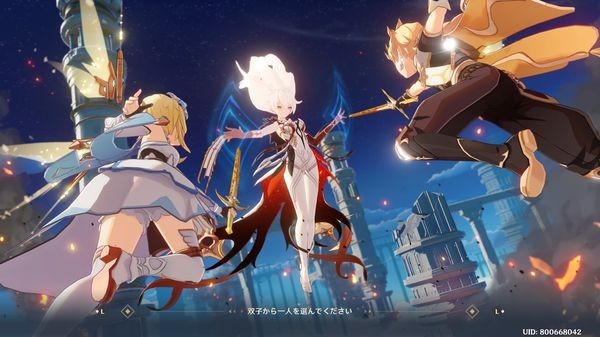 His /her twin sibling, who the player selects, falls asleep with the power taken away.
The other half becomes missing, being kidnapped by a mysterious being.
Once the first half wakes up, he/she starts a journey as a traveler, to find out his/her twin sibling.

Mmm~~. The main protagonist is a visitor from another world, huh......

Yep. So the story focuses on him/her, trying to collect info about his/her missing sibling or seeing various characters, while traveling in Teyvat!

Here are the most popular characters in Otaku Republic, who appear in Genshin Impact! 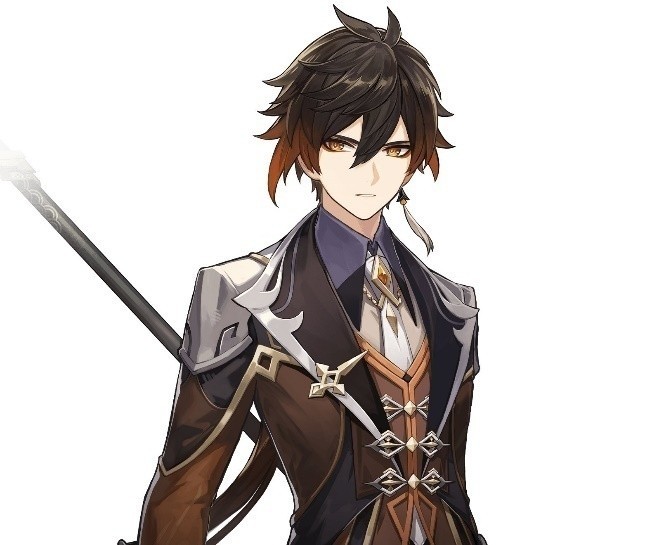 https://otakurepublic.com/product/tag_page.html?tags=762280
He is capable of controlling the nation “Geo (Earth).”
He is such a wise man with various knowledge about the literature or the technology. He stays calm and knowledgeable, so he is called a “teacher” by everybody around him. Although he seems perfect, he tends to be very careless when it come to the financial matters. He often accepts and gets everything offered by anyone without thinking seriously. 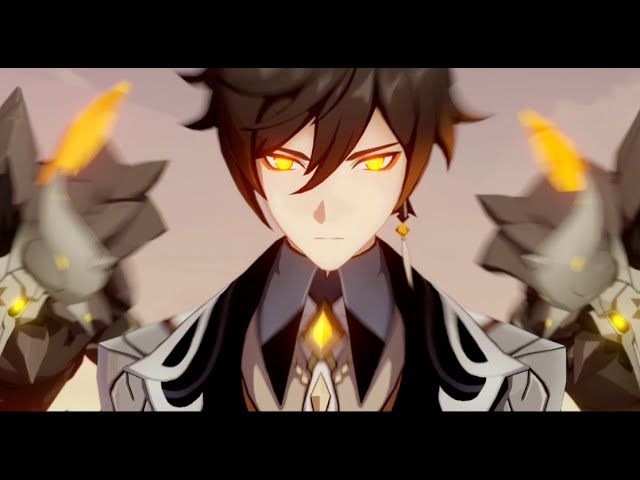 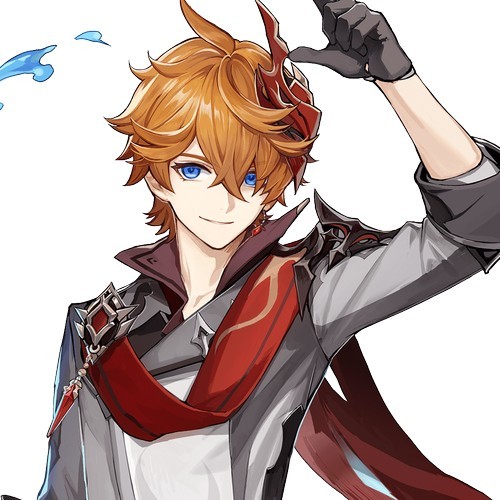 https://otakurepublic.com/product/tag_page.html?tags=762395
He is capable of controlling the nation “Hydro (Water).”
He is a well-known powerful warrior in all the countries. He seems a kind and quiet boy but the physical strength is extremely high. He is the one who always tries to reach out the main protagonist while traveling, but......? 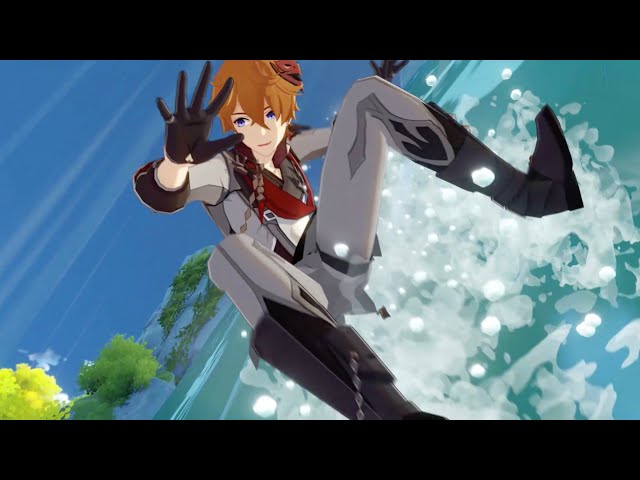 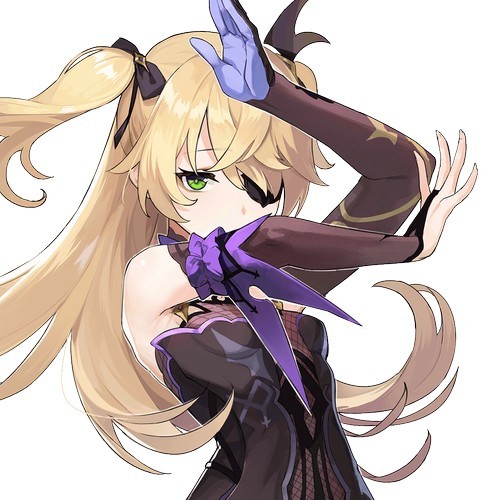 https://otakurepublic.com/product/tag_page.html?tags=762394
She is capable of controlling the nation “Electro (Lightning).”
She set herself as a visitor from another world just like the main protagonist...... (In other words, she is “chūni”.) She takes an advantage of the power she has, where she can share the same sense with her partner, Tori (bird), and tries espionage so well. Although she is very loyal to her ideal characters, she gets paranoid when something unexpected happens. Cute. 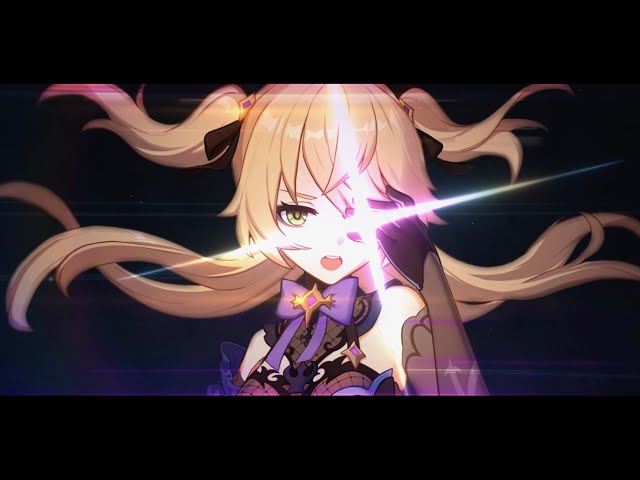 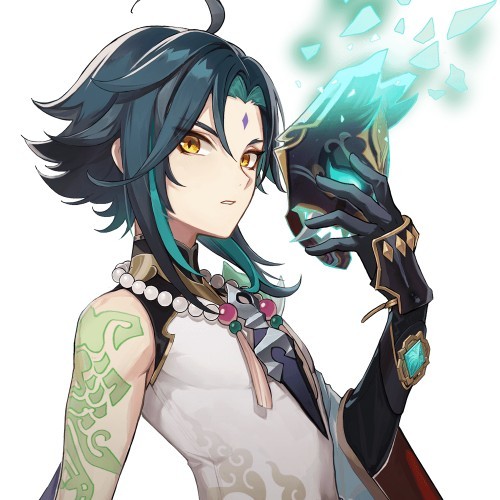 https://otakurepublic.com/product/tag_page.html?tags=768712
He is capable of controlling the nation “Anemo (Wind).”
He looks just like the main protagonist, but he is actually a hermit who is over 2000 years old. He is in charge of protecting a certain country. Therefore, nobody would know him unless they try to threaten that country. He has such a high fighting ability in the game and is able to beat strong enemies easily, although he has a little awkward habit. 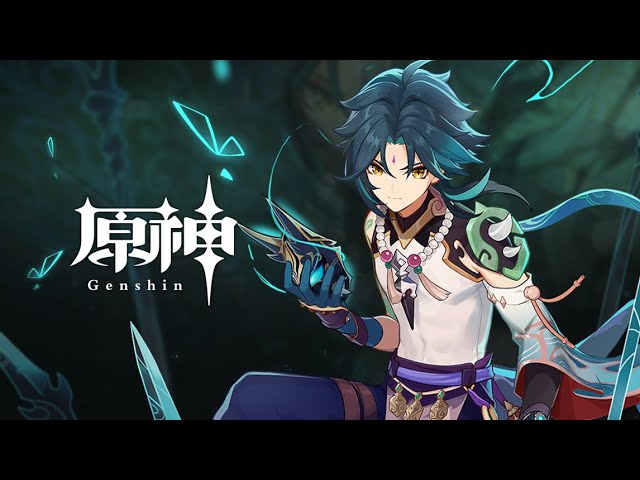 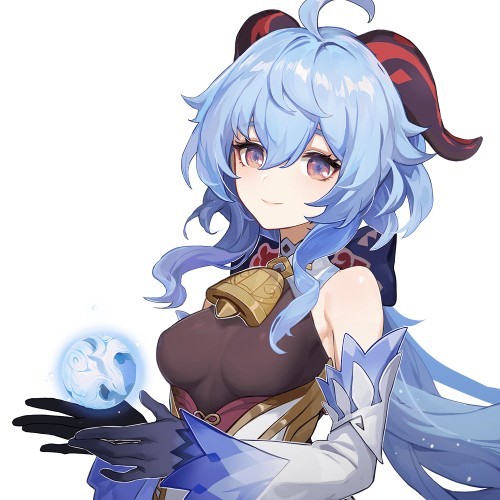 https://otakurepublic.com/product/tag_page.html?tags=762389
She is capable of controlling the nation “Cryo (Frost).”
She is a secretary of a certain person in a certain country. She is an excellent secretary and is very dependable by her bosses as well as her subordinates. While being always calm, she tries to avoid conflicts; however, she is strong enough to positively fight against the enemies if needed. 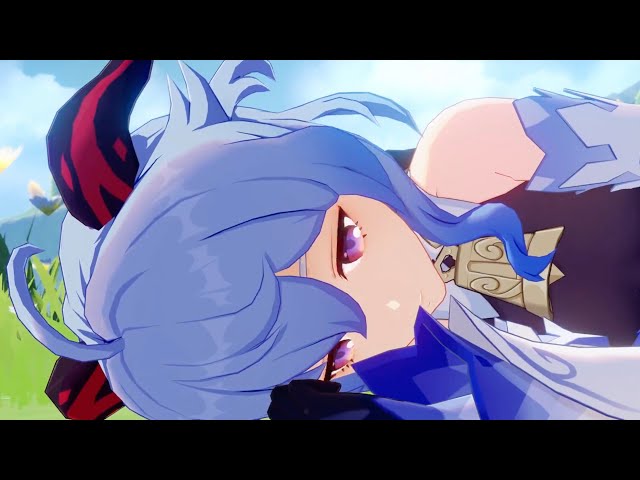 Wow, there are various chara, huh?

Right! One of the best things about Genshin Impact is that it develops each day since it’s a social game! The main story hasn’t completed yet so you can easily catch up with it even if you start now!
Since its switch version is currently being developed, you can play it even if your smartphone has reached the data limit! Give it a try through your favorite medium and immerse yourself into the Genshin Impact world!!
OVER 300 Items Releasing!
Check HERE for Genshin Impact’s Doujinshi and Doujin Items!

Already now! This is all for today! I’ll see you all at the next article!!
Bye now~!!!
Genshin Impact, Zhongli, Ganyu, Fischl, Tartaglia, Xiao (Genshin Impact)