What’s special about April for you? Since Spring Comiket is held in March...... maybe April Fool? In Japan, it’s a special month when the new life starts when we have an entrance ceremony of schools or company! 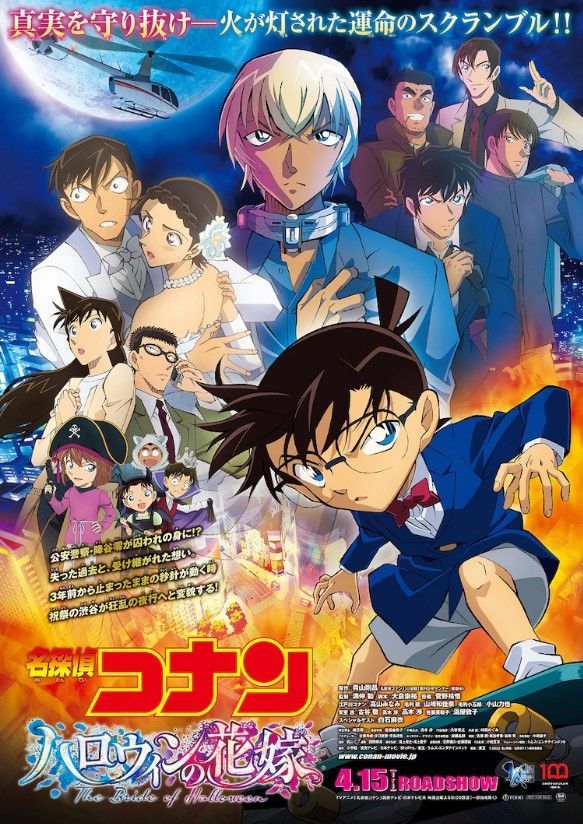 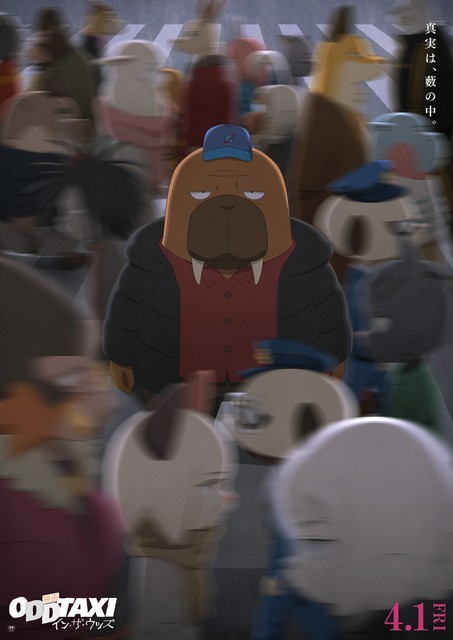 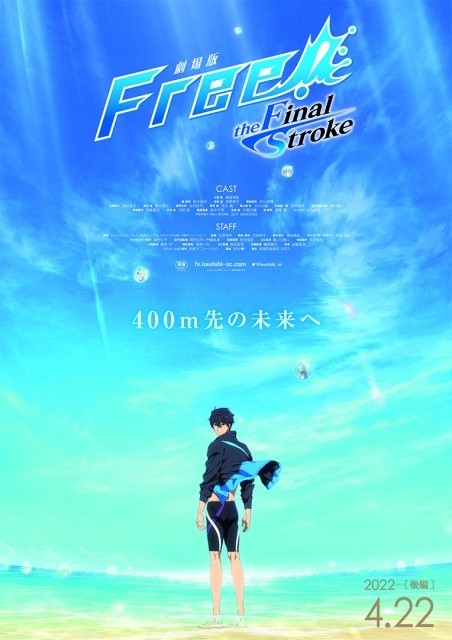 Especially for Free, which I used to watch in real time 9 years ago, is now coming to an end, which makes me so moved......!

What Kind of Place Is Iwami-cho, Tottori Prefecture? 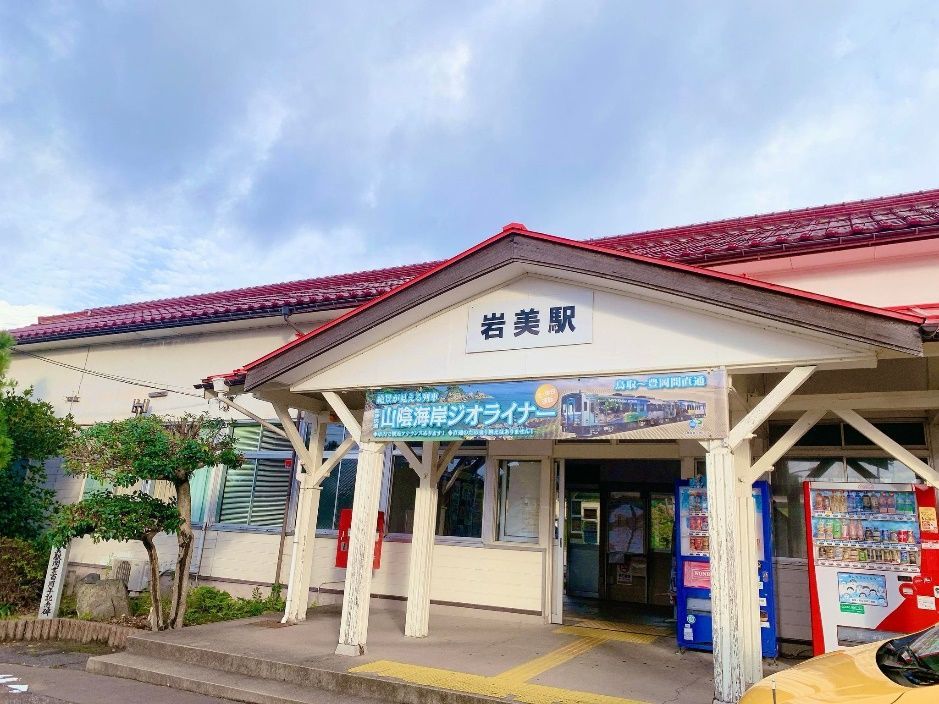 As many of you might know, it’s the stage of Free! (Iwatobi Swim Club)! It’s a port town and one of the UNESCO Global Geoparks, known as a tourist spot with a beautiful coastline! 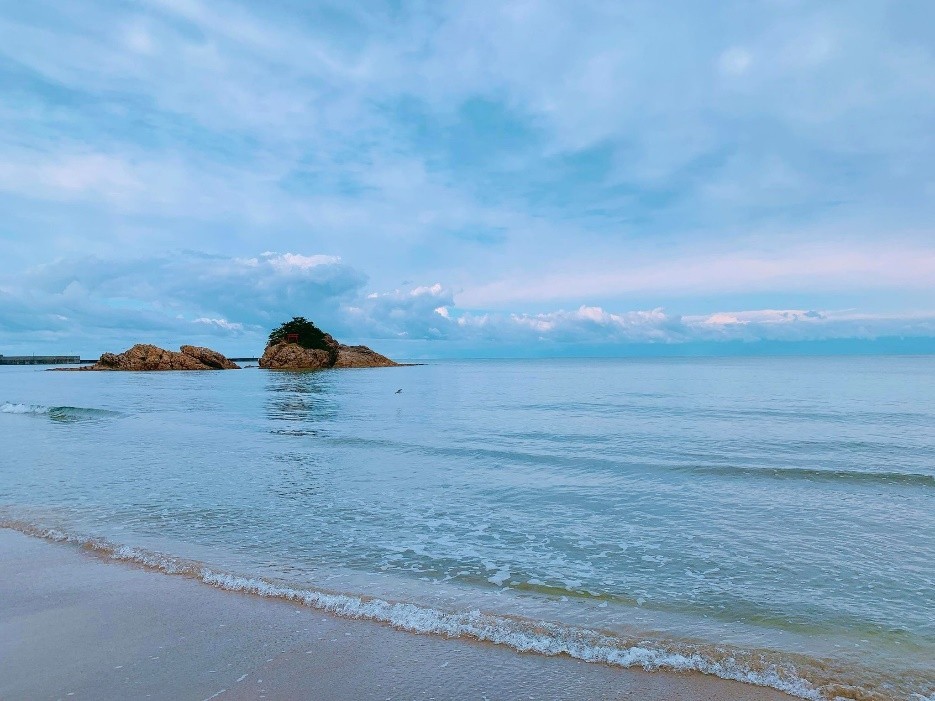 People living in this town are willing to support Free! (Iwatobi Swim Club)’s prosperity. In this town, while the anime was actually broadcasting on TV, the cosplay’s shooting was allowed or they even had a special tour of the places which were shown in anime!

People go there either by train or car, but I definitely recommend going there by train!

Why? Because we can actually be in Iwatobi Station which is often shown in anime! 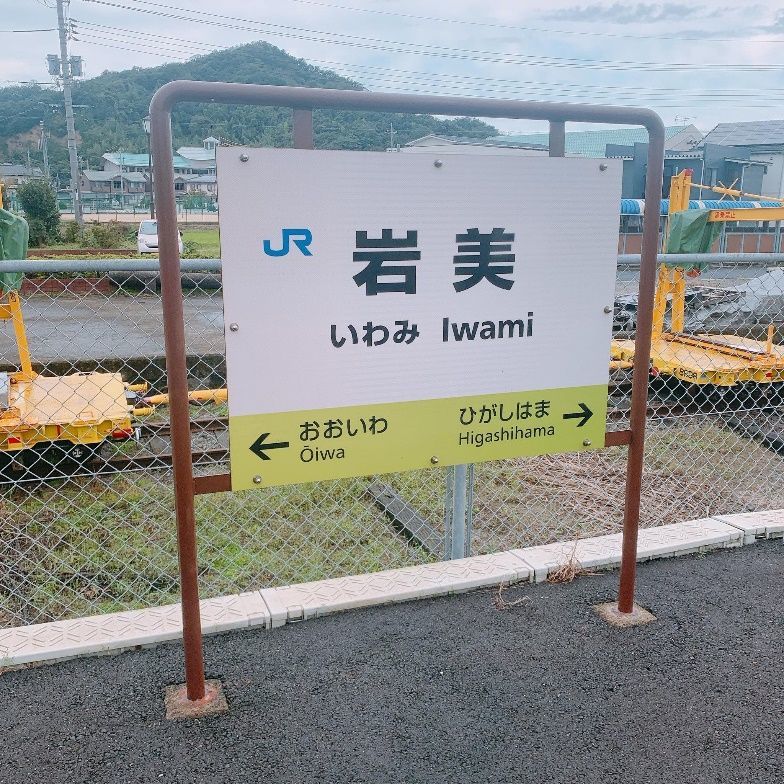 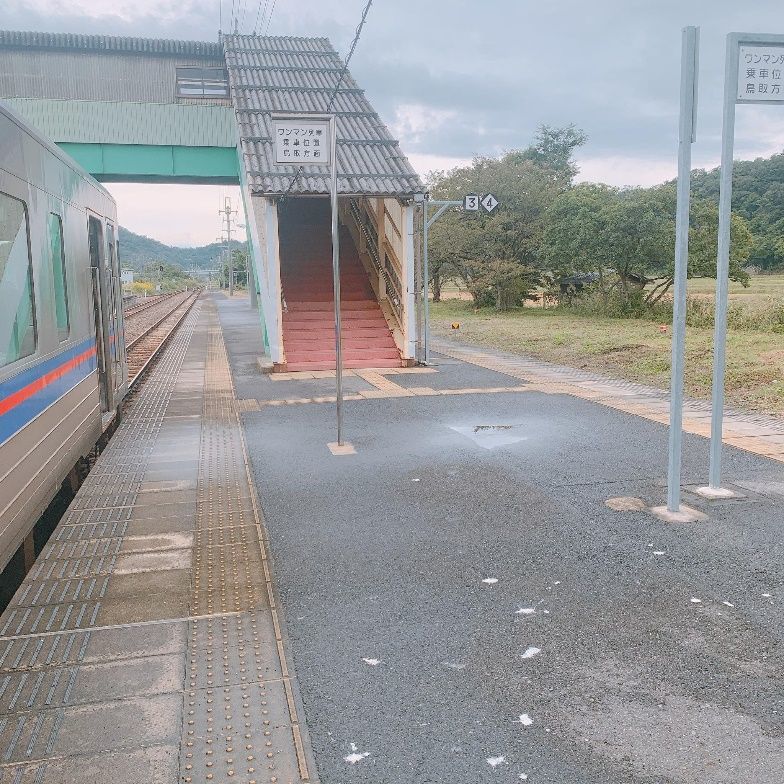 It was also the place where Nagisa and Rei met for the first time...... And one of the very important scenes in the first half of the movie was here too. 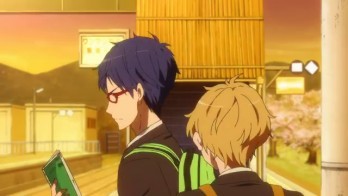 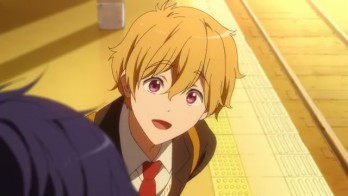 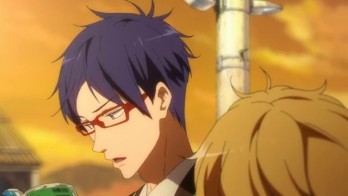 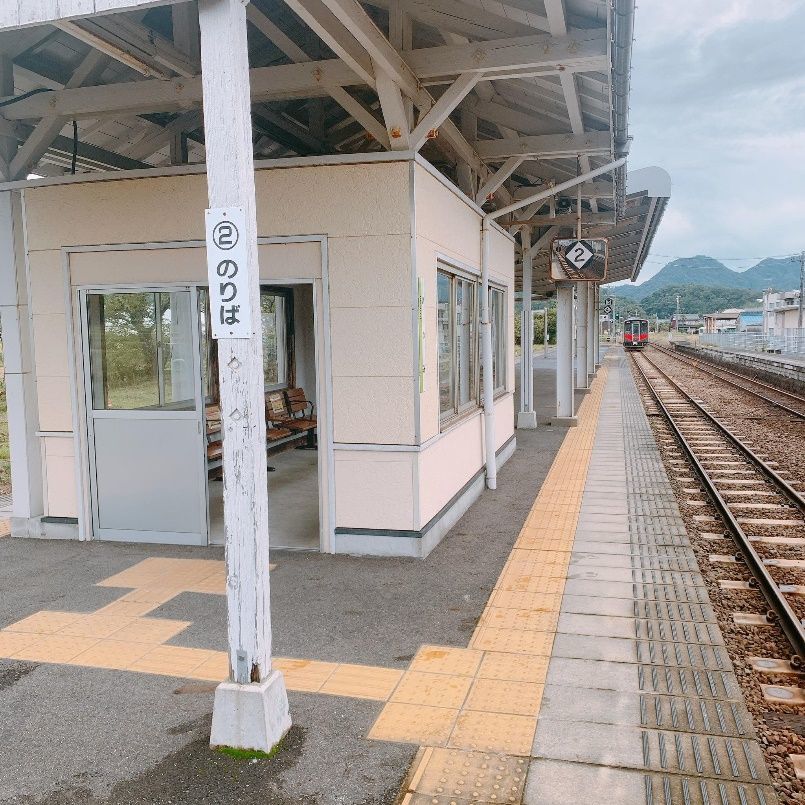 While looking back various things that happened in anime, feeling nostalgic, I saw a tourist center right next to the station, where I saw a lot of messages by Free!’s fans or characters’ panels!

Then I decided to rent an electric bicycle at the tourist center and follow the path, where Haruka, Makoto or Rin have passed!!!

This is my first destination!!! 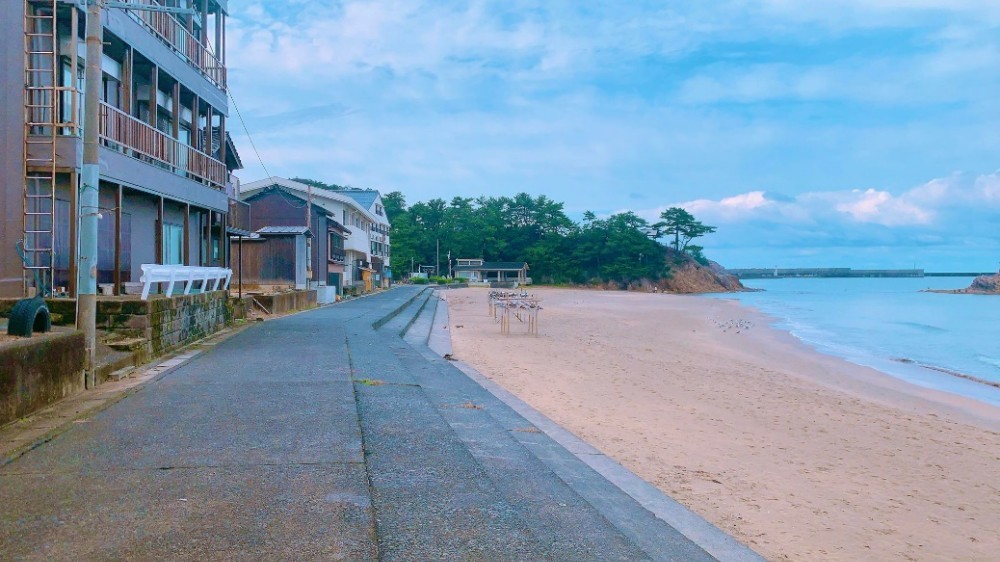 We saw this coast in so many scenes of Episode 1 of 1st Season and more.
I bet the scene where Haruka and Makoto commute along this coast must have impressed many of you...... 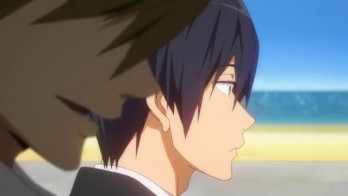 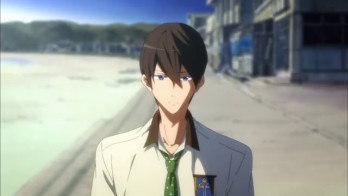 Look! I took this photo with my favorite characters’ (Rin and Haruka) acrylic stands! 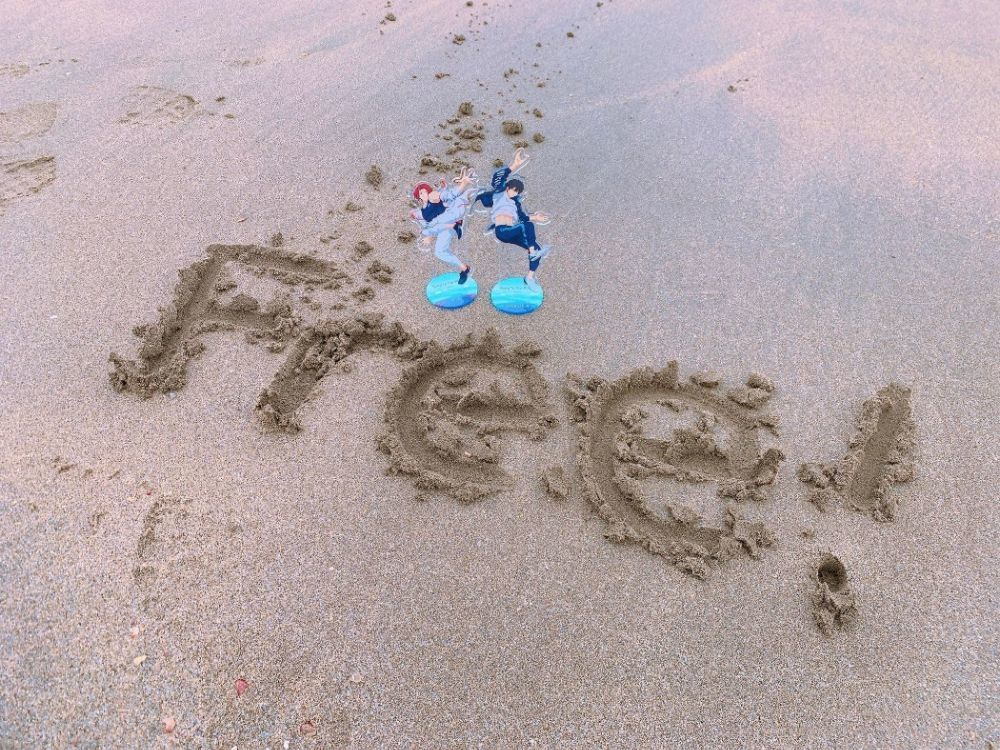 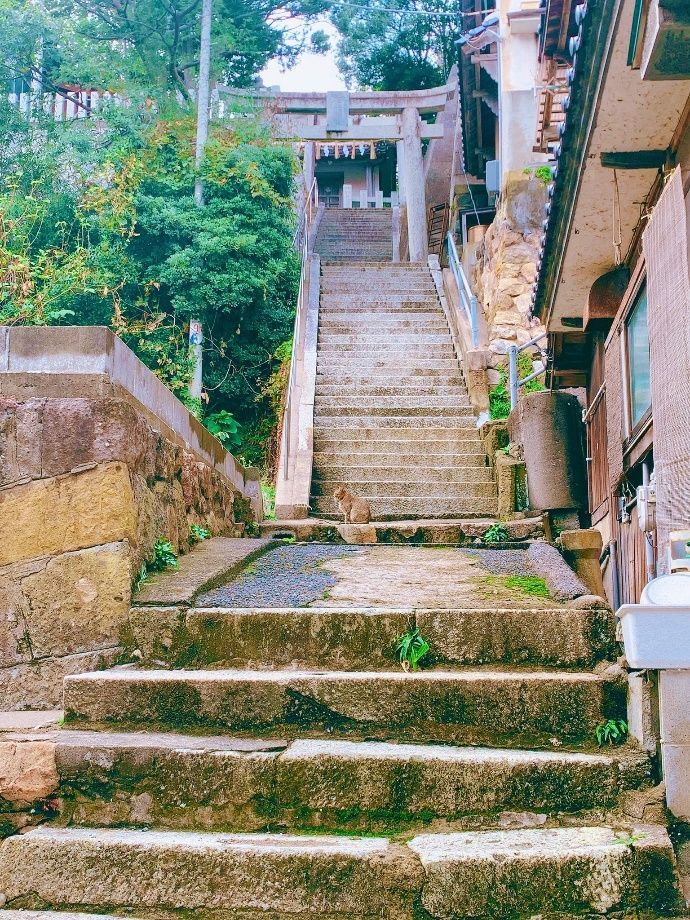 It’s the area where the main protagonist, Nanase Haruka, and his childhood and best friend, Tachibana Makoto’s houses are located! Especially, Haruka’s house is a part of the Tajiri Shrine, which the God of fishing is enshrined! 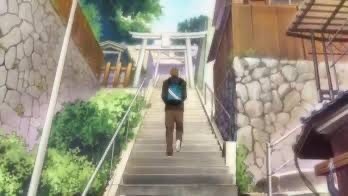 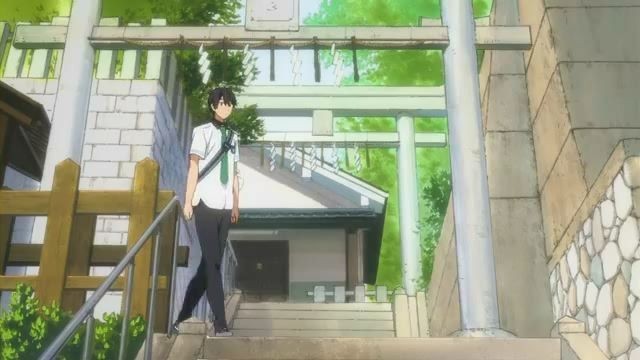 The scene where Makoto comes pick Haruka up is impressive too, huh~?

But anyhow, I’m so jealous of Haruka and Makoto who live in such a beautiful place!! 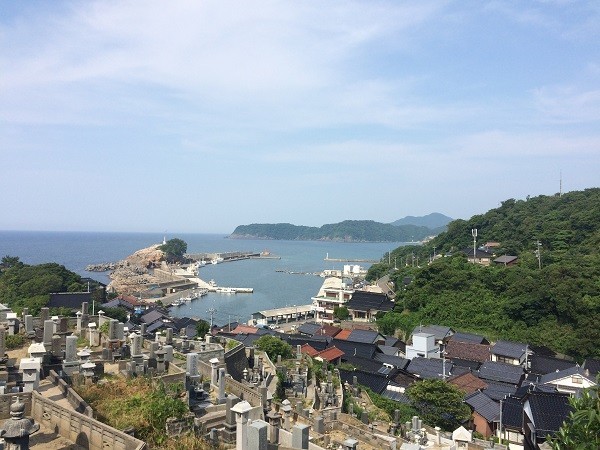 This port, close to the Tajiri Shrine, was shown in the scene of Episode 5, 1st Season of Free!, where the members of Iwatobi Swim Club were heading for the training camp...... and my next destination is this observatory! 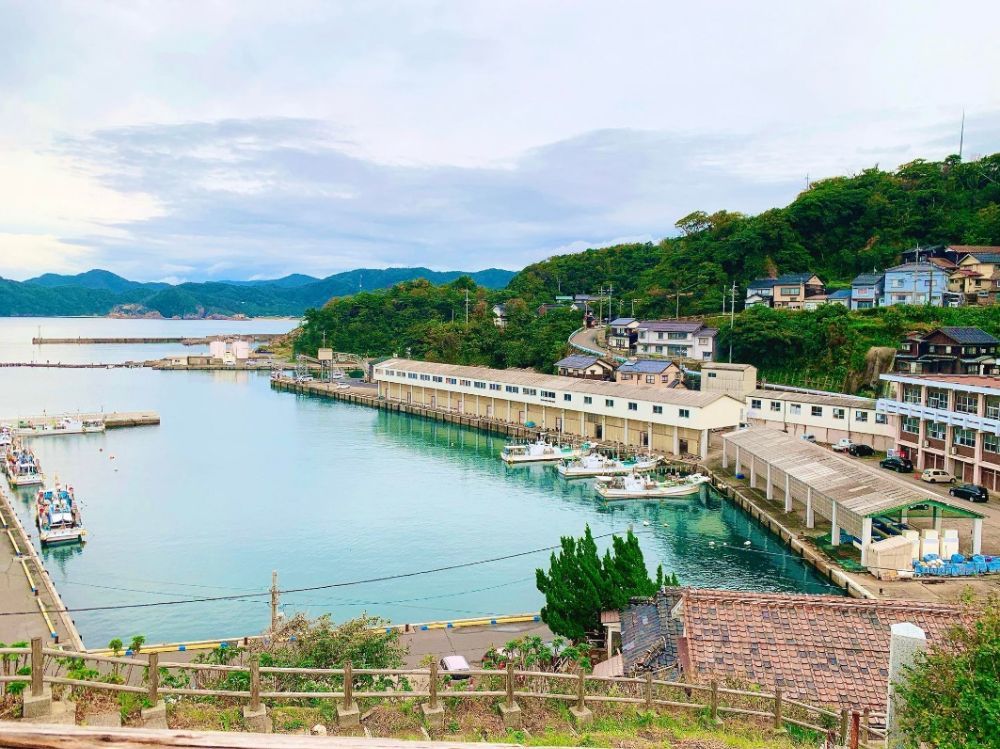 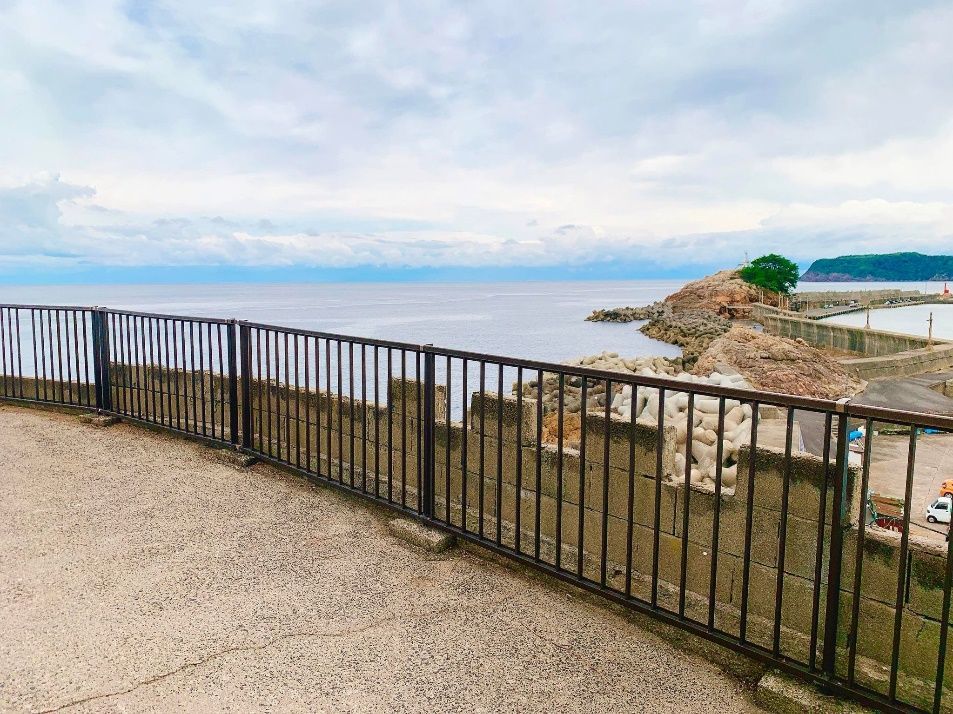 Since this place was used in the very first scene of Episode 1, 1st Season, many of you might be familiar with it! 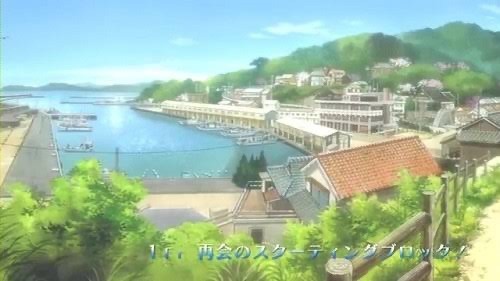 The scene where Haruka and Makoto argued in 2nd Season was at this place too!! 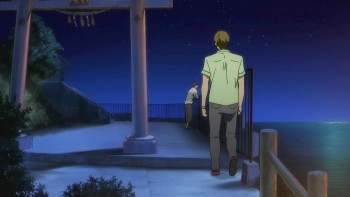 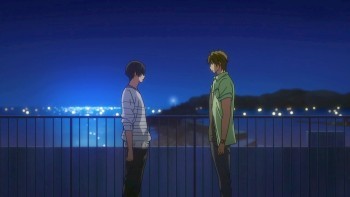 Here comes the next destination! 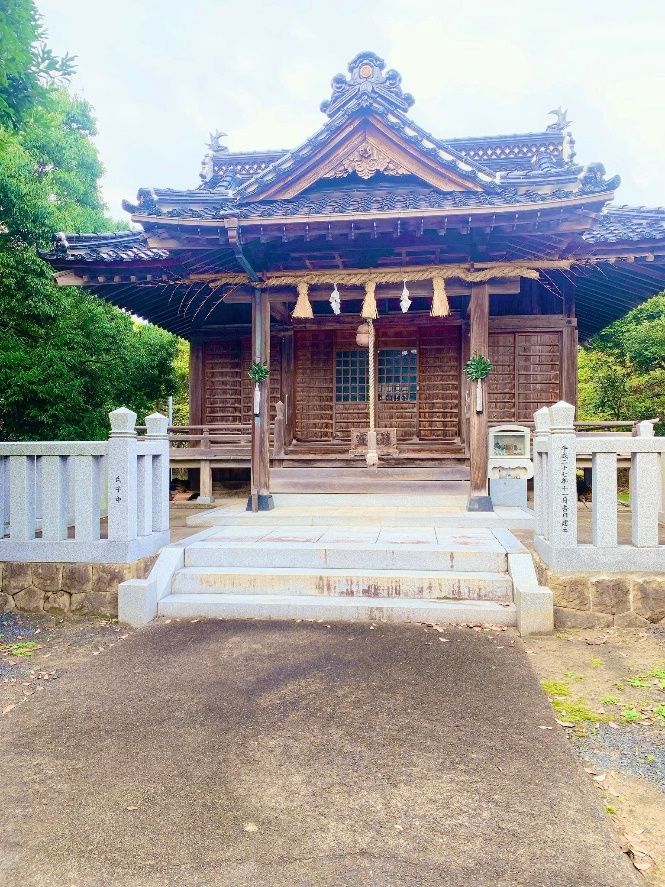 It’s a little further away from other places, but this is the shine, where Rin and Sosuke (at their elementary school days) were eating ice cream together! 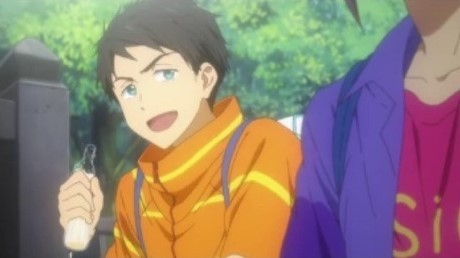 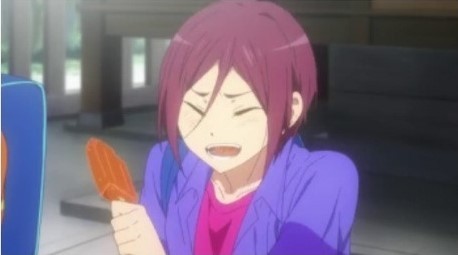 Look! I took a photo of Sosuke and Rin here too! 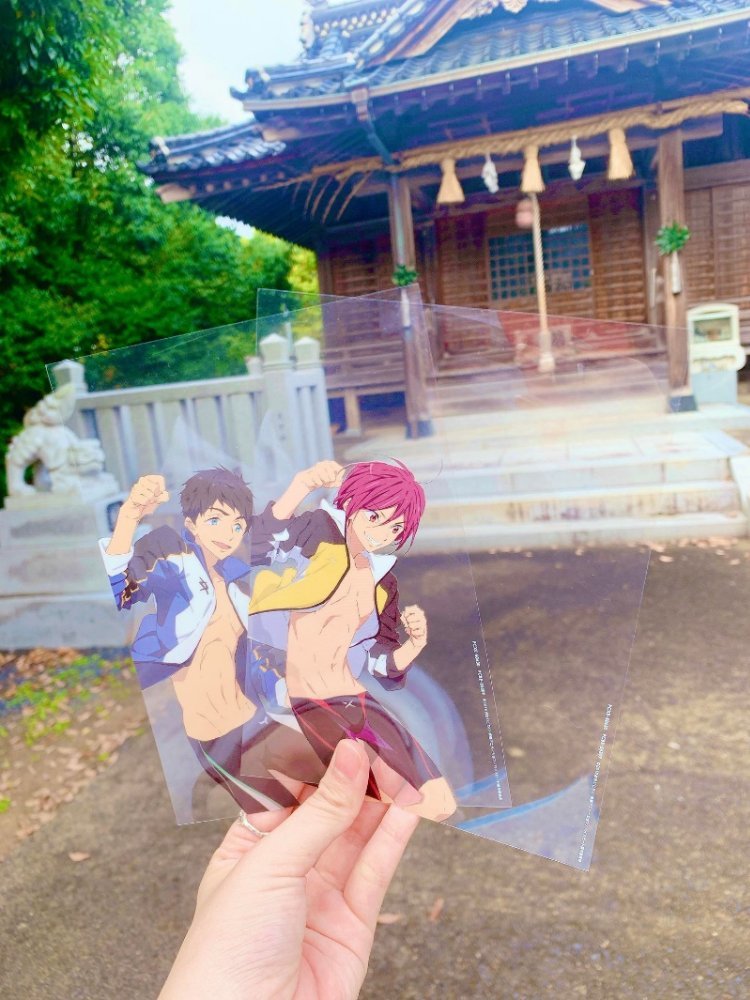 Since Rin moves to the neighboring town, Iwatobi, he ends up leaving Sosuke and Rin’s team...... And actually, Iwami-cho, introduced above, and this Hino Shrine area are exquisitely far away!

But it was perfectly depicted...... How awesome the Kyoto Animation is......!

How did you like my little tour of appx. 25km with five hours? I really enjoyed riding a bicycle~! Oh, I also saw some other areas such as a particular road used as the set of High Speed!

In Otaku Republic, we not only carry the latest Doujinshi but also the ones that released right after the series released!
Free! (Iwatobi Swim Club)
Doujinshi
▸

So, you guys! Why don’t you warm up Free! (Iwatobi Swim Club)’s Anniversary year together??

Alright now! This is all for today! We’ll see you all in the next article! Bye-bye~!!
Free! (Iwatobi Swim Club)