※Please note that this article includes a spoiler of Yamanbagiri.

Saori(゜∇ ゜) “You guys! Which coupling in Touken Ranbu do you think is drawing the most attention now??” 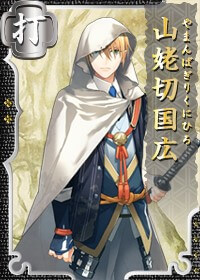 It’s the Uchigatana (Japanese sword) which was made, resembling the ghost sword “Yamanbagiri”.

Since it’s not the original, he feels inferior.

Disliking being told he is beautiful, he purposely looks shabby.

His ability is high even though he has some issues around him. 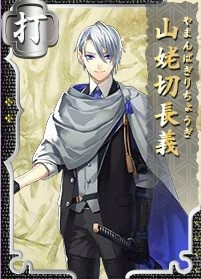 Once you complete a certain event, he becomes your buddy. It’s the original and also was a model of Yamanbagiri Kunihiro. Beautiful but proud of himself. Let me clarify. He’s confident of himself and never scared of anything. 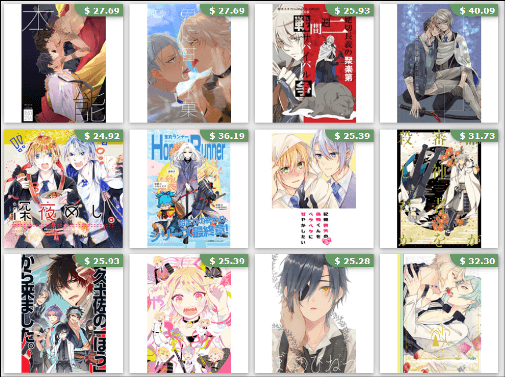 Saori(゜∇ ゜) “Why are these two so popular… Since I stopped to play before Yamanbagiri Chougi was implemented, I searched for the secret of their popularity myself.”

★Their personalities are opposite.

Saori(゜∇ ゜) “These two guys… their personalities are totally opposite.”

Saori(゜∇ ゜) “As for Yamanbagiri Kunihiro, he imitated the original (the sword that was made, respecting the original), therefore, he’s not confident. He even hides himself, covering the cloth on him. He’s super negative but he spares no effort for the players…. So adorable…. I bet many players choose him as the first partner.” 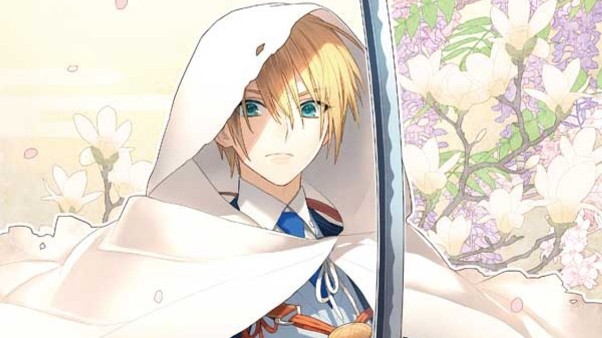 Saori(゜∇ ゜) “But!!!! Yamanbagiri Chougi, on the other hand, is the opposite! He knows his value well and never behaves with modesty. Until the player completes the event, he comforts the player in a provocative way, saying ‘Don’t disappoint me!’ He’s a little arrogant like that. He’s not a bad boy, okay? But…!!!” 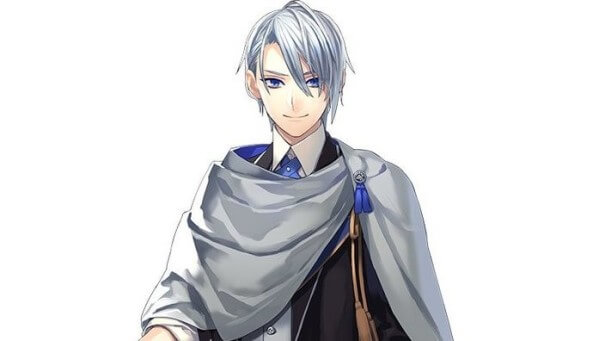 ★Their relationship is rather awkward. 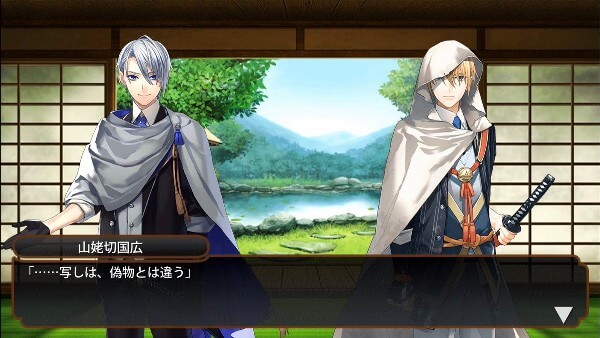 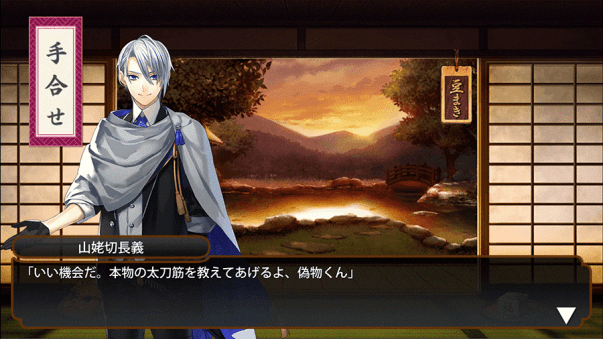 “It would be no problem if Chougi deals with such issues peacefully and calmly but he talks to him in a sarcastic way. He calls Yamanbagiri Kunihiro【Nisemono Kun (Mr. Fake)】and insists that he should be the real【Yamanbagiri】. Kunihiro, on the other hand, is not confident enough to say anything back to him… He’s not fake but not real at the same time… I was so anxious to see Kunihiro, not knowing what his real identity was (。-`ω-)!!!! I understand what these two feel!!!!!! BUT, I really don’t like how Chougi said to him…! I just can’t help but think that way!”

★Then their relationship reverses. 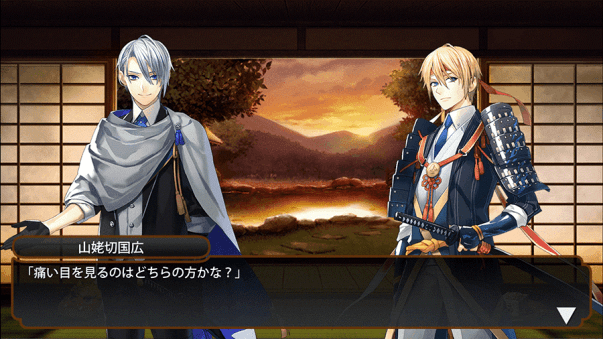 Saori(゜∇ ゜) “Yeah… what’s gonna happen to their relationship here...? As Yamanbagiri Kunihiro grows to a certain level and completes the training, he turns into another self, called【極 Kiwami】. Kunihiro’s mental condition gets stronger too as he becomes Kiwami. He thought to himself that he would be the best sword for his master (player). He confessed that he wanted them to evaluate him according to how he will work, not where he is from. Aww…. He’s so cool…(゜∇ ゜) He got strong, huh... Above all, I’m so happy to know that he finally took the cloth off even thought he had never taken it off.” 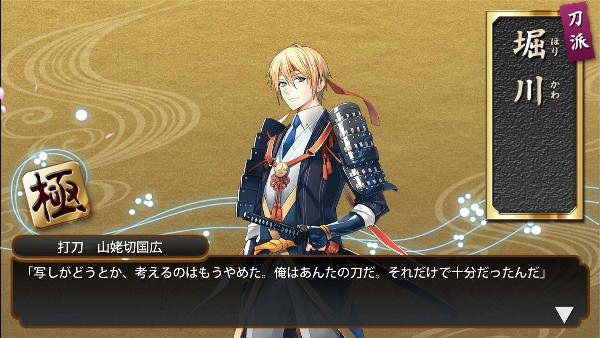 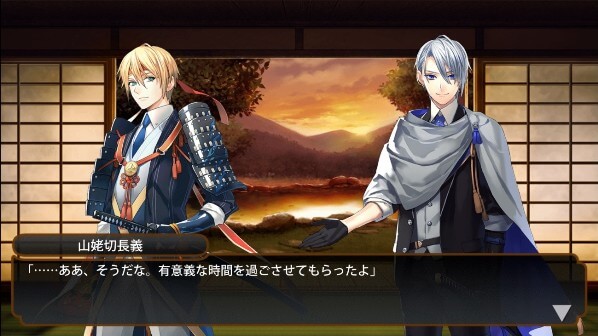 Saori(゜∇ ゜) “It turned out to be the event where we are able to feel Kunihiro’s growth! Even if Yamanbagiri Chougi calls Kunihiro【Mr. Fake】, Kunihiro never hesitates. Their names are important to form their swords but the value of the “Touken Danshi” cannot be evaluated only by the names… There should be something more important than the names, no? Kunihiro says that back to Chougi.”

Saori(゜∇ ゜) “Chougi says ‘The essence never changes no matter what the fake says!”. However, Kunihiro accepts that what he says is right. He goes, ‘That’s why I’m looking for what I really am or how I want to be while I’m fighting…’”

Saori(゜∇ ゜) “Having the same name, ‘Yamanbagiri’, looking exactly the same like twins, they never get along, which is making them very popular now~… But yeah~ I want them to get along better but the same time I want to see them fighting too… It’s the best combination which we can imagine… provoking with sarcastic words and never minding those with each other…!!”

Which coupling do you like more!? Check HERE for their Doujinshi! 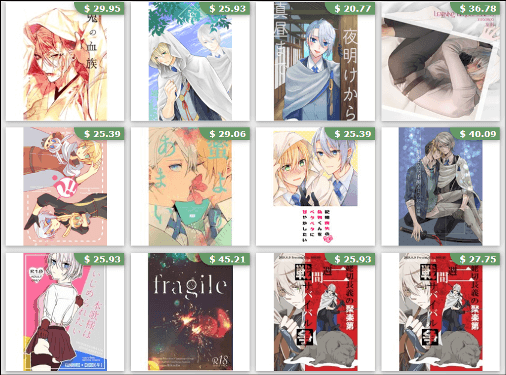 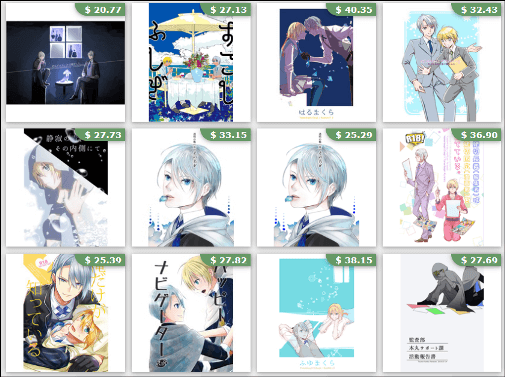 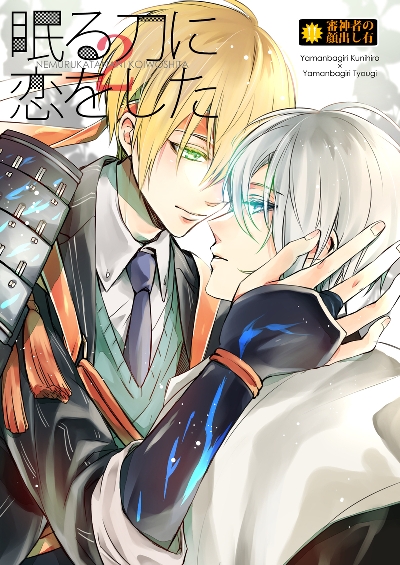 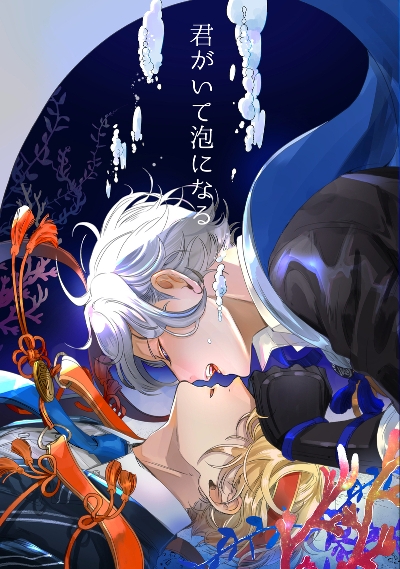 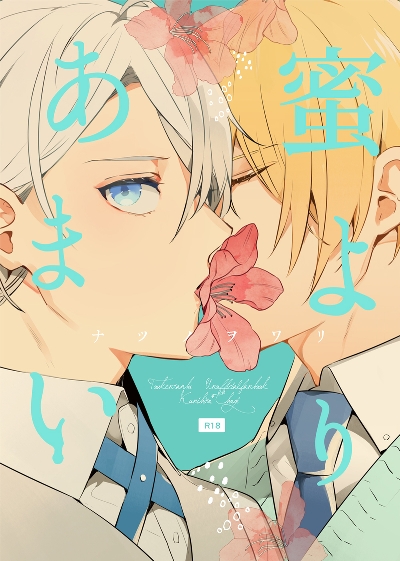 Saori(゜∇ ゜) “I want especially those, who haven’t played Touken Ranbu for a while, just like me, to watch their relationship!! Their relationship reverses before and after they grow! What a beautiful couple… So check them out now!!”