【Episode 1】For Those Who Are Not Familiar with Ensemble Stars!

Saori(゜∇ ゜)「For those who are not familiar with Ensemble Stars! You’ll understand 92% of its world view by watching Episode 1 of Anime!!! It was the perfect way of getting to know Ensemble Stars!” 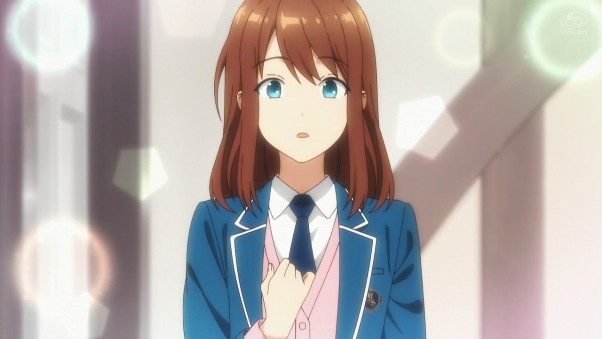 Saori(゜∇ ゜) “I’ll explain that later! First, let me give you a quick summarization about Episode 1!”

★The main character, Anzu-Chan, is the first student who transferred to the newly-created【Producing Department】of the idol training school, Yumenosaki Private Academy.

Saori(゜∇ ゜) “Anzu-Chan came to Yumenosaki Private Academy as a transfer student! On the first day of school, she was going to the teacher’s room, when she heard music from one of the classrooms… She opened the door and….!” 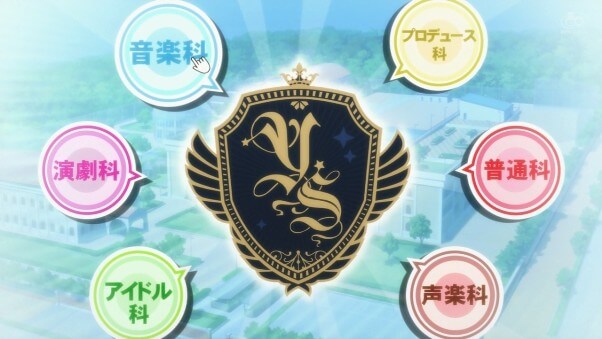 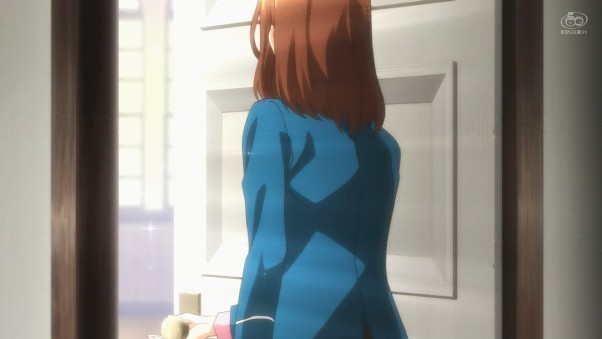 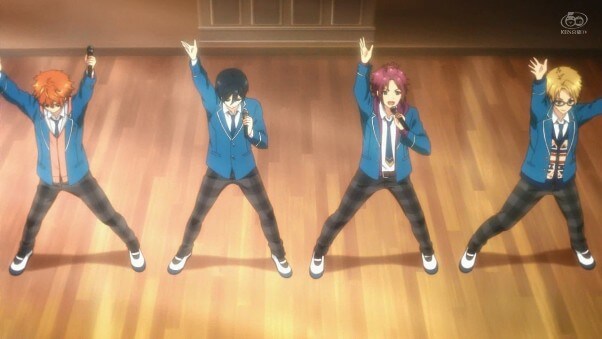 Saori(゜∇ ゜) “…what she saw was Trickstar members, practicing performance! In Anime, they are actually singing and dancing, which we can see one minute after the story starts! I was like… ‘Wow! They’re actually doing it!!! Awesome!!’ For those who have played its game, you’ll be even more moved by this scene!” 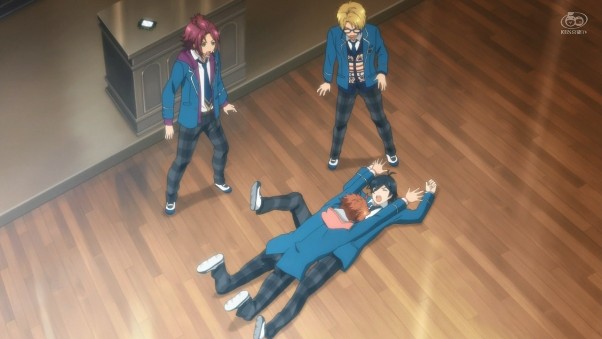 Saori(゜∇ ゜) “But again, they’re still practicing… these four were actually asked by their homeroom teacher to take care of Anzu-Chan, who is the only girl transfer student.” 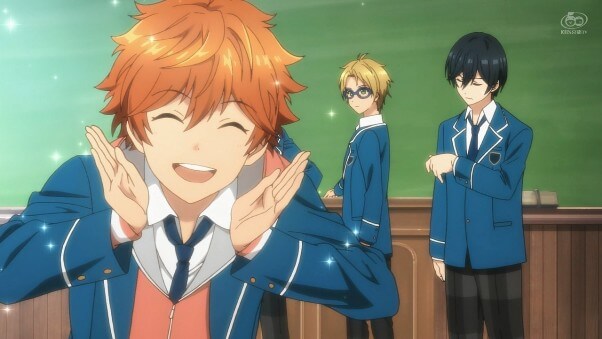 Saori(゜∇ ゜) “In the game version, chara speaks when the player taps but in the Anime version, they speak really lively and freely so even if they speak the same line as the one in the game, I thought, ‘Wow~ his impression that I had changed! He looks more attractive here!’ Especially for Subaru-Kun, his vibrant and brilliant image look more charming in Anime! Anime is awesome, huh…?” 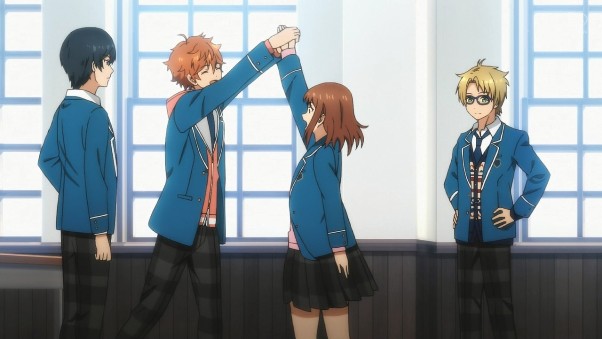 ★She saw Yumenosaki Private Academy’s specialty, Dre Fes! But it was actually…

Saori(゜∇ ゜) “The boys and Anzu-Chan saw an event going on in the open space after lunch. It was a Dream Festival (Dre-Fes), where ‘idols compete against each other, performing’!” 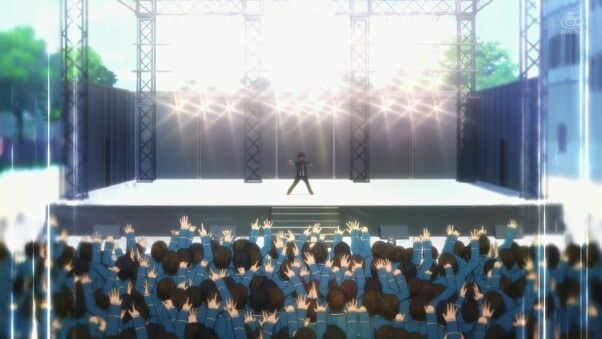 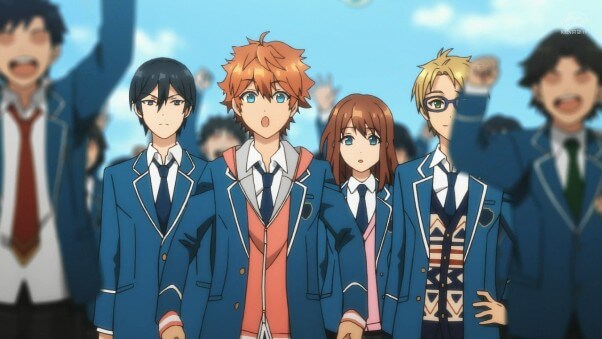 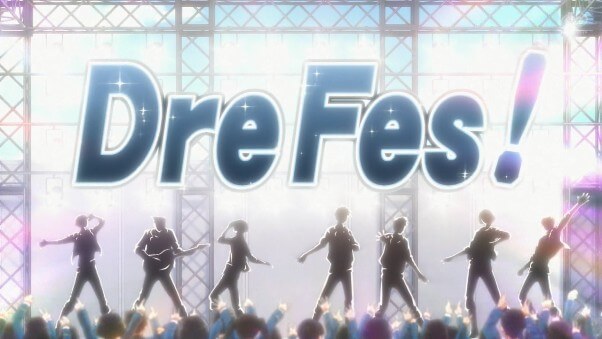 Saori(゜∇ ゜) “Dre-Fes is an event where idols compete under various elements! If they win, they get various benefits from school so they all try very hard every day toward this Dre-Fes!” 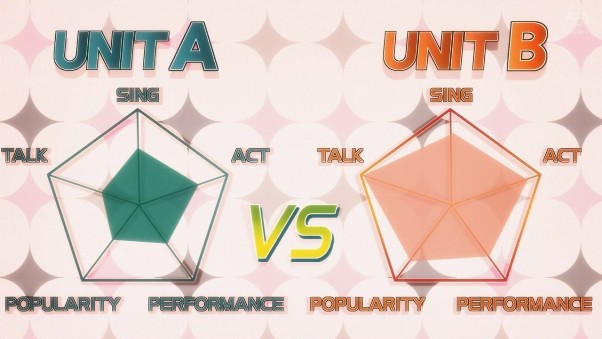 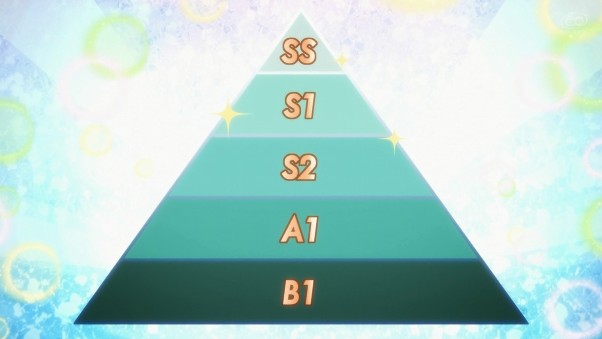 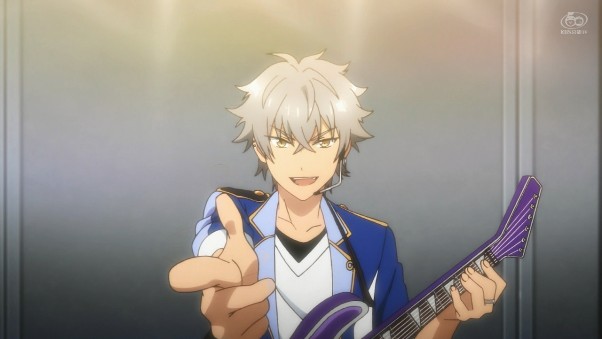 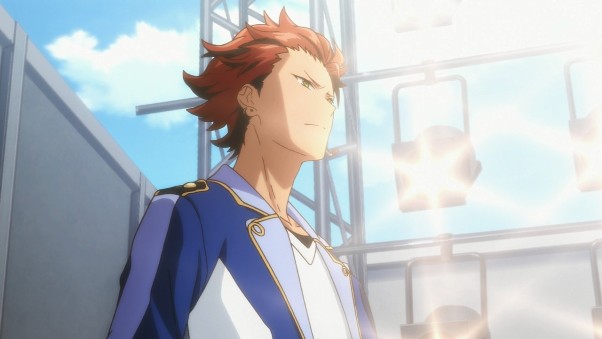 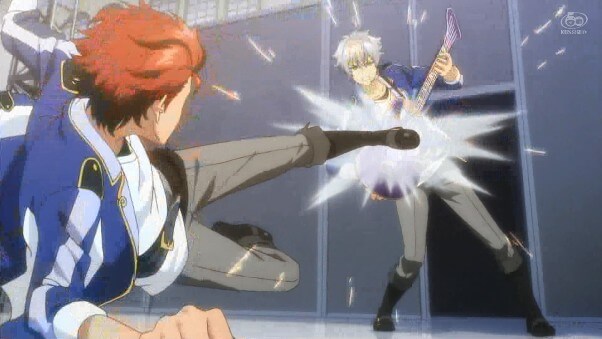 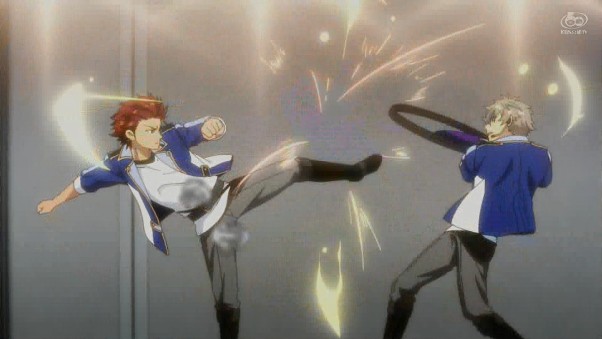 Saori(゜∇ ゜) “Whoaaaaaaaaaaaaaaaa!!!! The next thing we know… the hand-in-hand combat!!! What is it?? What about the singing!? What kind of battle is it?? But anyhow, don’t ruin your guitar!!” 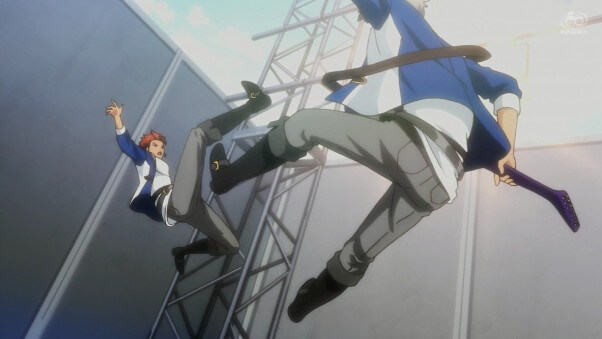 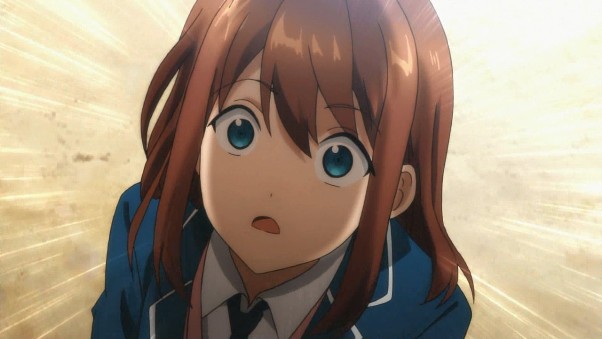 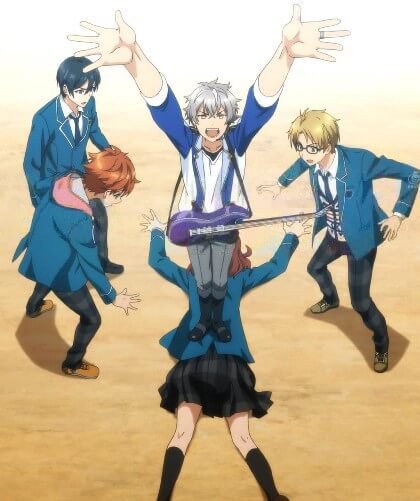 Saori(゜∇ ゜) “Even if they are knocked down, they don’t lose as long as their feet don’t touch the ground! Due to that rule, Anzu-Chan was forced to be a scaffolding. This is baad… ‘Ugh!’ She sounded painful and ended up passing out…” 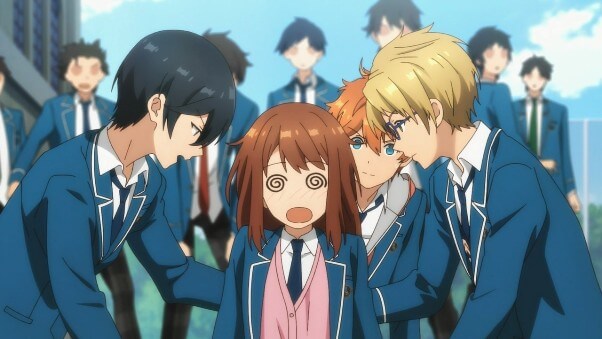 Saori(゜∇ ゜) “Right after that! The Student Councils appeared on the stage to punish the participants and the spectators because this Dre-Fes is unofficial. Participants got caught one after another and will be punished after that…” 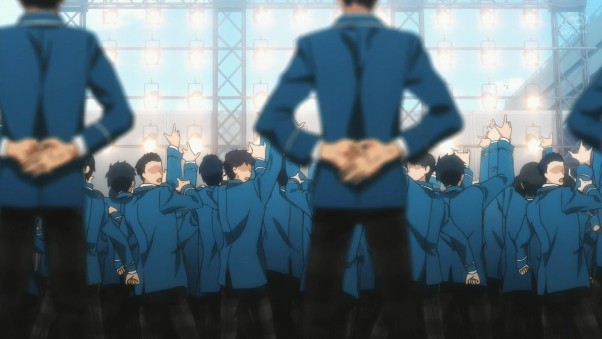 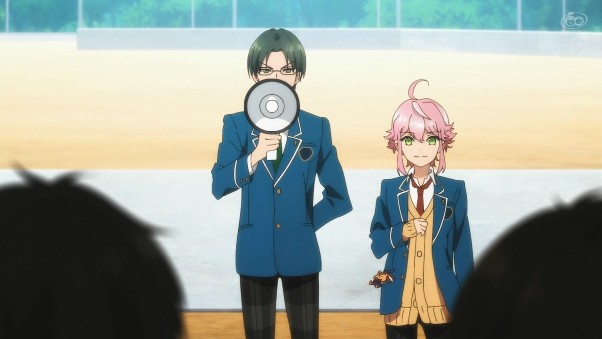 Saori(゜∇ ゜) “Here is a little digression but I rewound the scene where Touri-Kun talked and watched it again because he was super cute. Yeah~!! He has a devilish charm!!!” 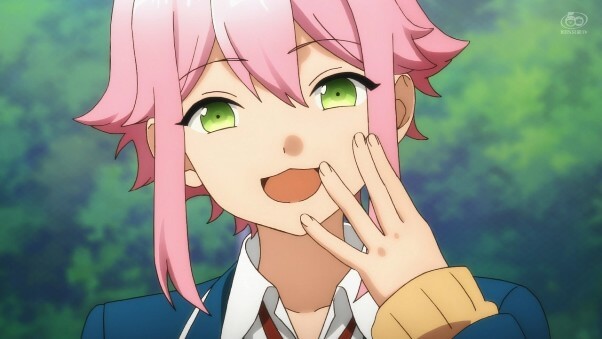 Saori(゜∇ ゜) “During this confusion, the boys and Anzu-Chan were running away from the venue! They finally got to the nurse’s room, thanks to Mao-Kun’s support…. When Hokuto-Kun told them that this school is controlled by the Student Councils so idols cannot play big roles unless the Student Councils admit them.” 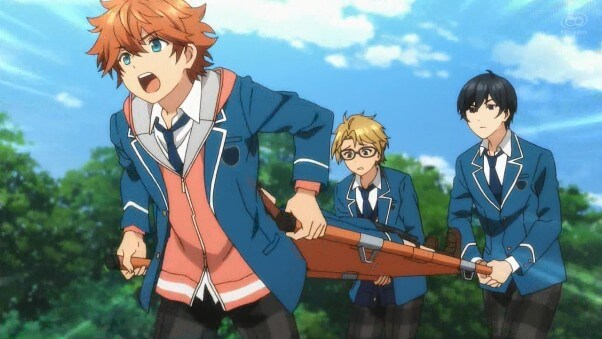 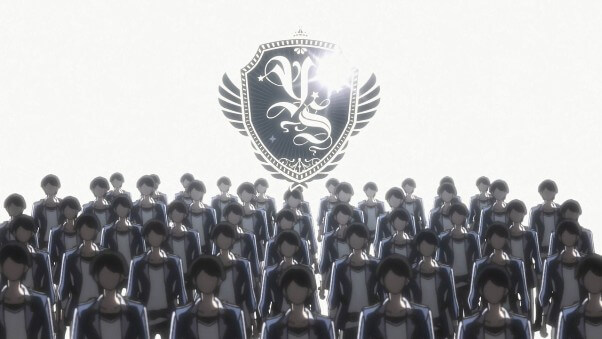 Saori(゜∇ ゜) “What’s the credential of idols? What is the individuality…? The four boys and the transfer girl student, Anzu-Chan, rose together to make a revolution against the Student Councils so that they can express their freedom!” 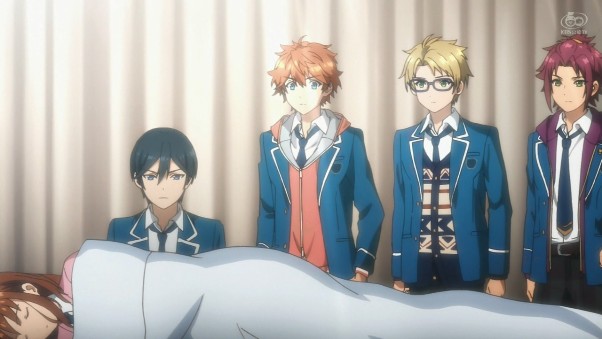 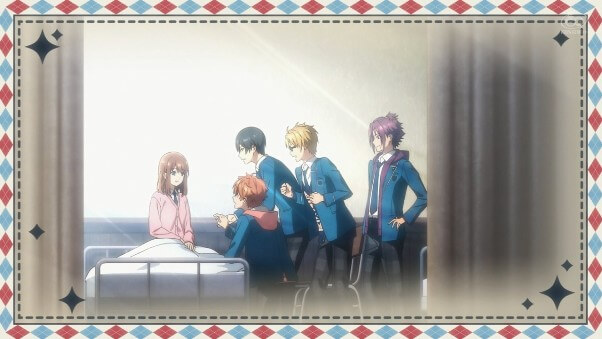 Saori(゜∇ ゜) “That’s about Episode 1! I was able to feel staff’s passion ‘We want you to know Ensemble Stars! by watching Anime!’ and I thought it was almost the same as the original game’s scenario!” 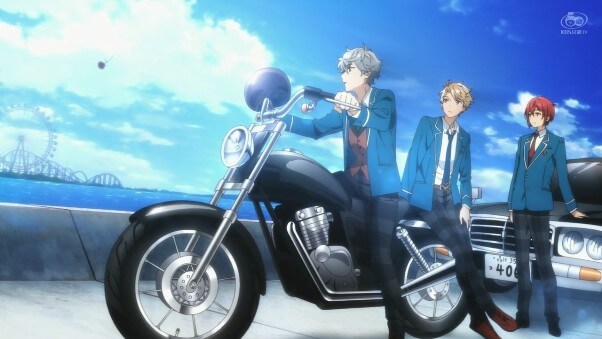 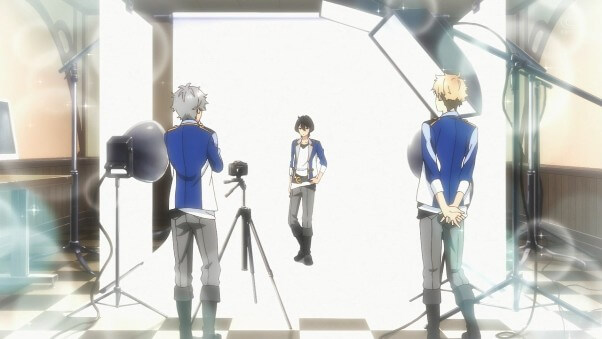 Boss(  'ω') “One second out of two is the opening so it was actually just a second, no?”

Boss(  'ω') “Uhh.. that doesn’t seem to make sense…. As Saori said at the beginning, we might be able to understand 92% of its world view but…. can’t we also feel other attractions from Episode 1, other than the world view?”

Saori(゜∇ ゜) “Right!! There are more and more attractive idol units in Ensemble Stars! but I didn’t see them in this Episode! If we want to know more about their charms, then we have to keep watching it after Episode 2 too!”

Alright now! We’ll see you at the next article! Bye now~!