Hello, everyone. I have watched Saiyuki’s anime in a real time when I was a college student. It’s Saori from Otaku Republic. 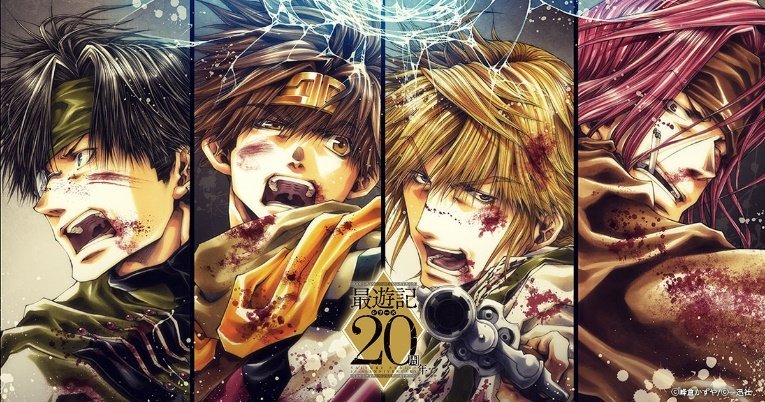 Really~ I haven’t watched it yet. I’m Otaku Republic’s Boss.

Saiyuki celebrated its 24th Anniversary this year since it first serialized, and has been made into an anime series four times now! If you haven’t watched it yet, like Boss, please check it out! A new episode of anime will premiere from January 2022! 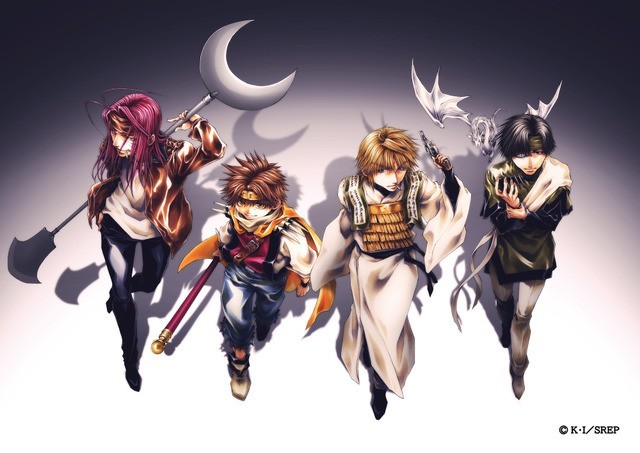 So...... Saiyuki will be celebrating its 25th Anniversary when it airs in January, huh?

Yep. 2022 will be its 25th Anniversary year since it first started to serialize! It will be made into an anime series again so let’s get to know Saiyuki more in this great opportunity!!

What Is Saiyuki in the first place? 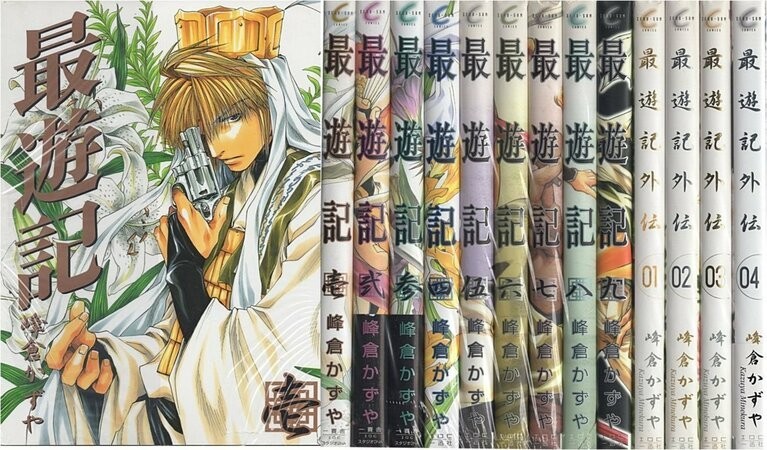 The one that’ll premiere as an anime adaptation in January 2022 is a main story or a prequel?

It’s a main story since the title has BLAST!

Saiyuki literally depicts the “Journey to the West”! 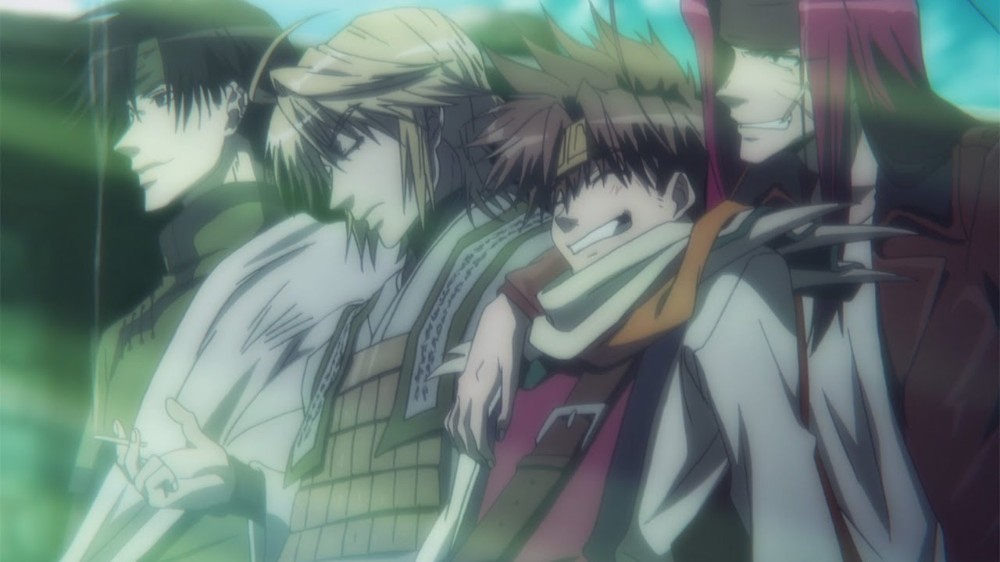 The story is set in earthly paradise.
One day, a man shows up, trying to revive the most powerful demon called “Bull Demon King” who was beaten before, by the experiment called the “mixture of chemistry and magic.” When the Bull Demon King is about to be revived, this experiment spawns the negative wave throughout the earthly paradise.
Due to that incident, some of the demons become insane and start to attack humans. Guanyin, who takes this matter seriously, orders to stop four people: Genjyo Sanzo, Sha Gojyō (Sha Wujing), Cho Hakkai (Zhu Bajie) and Goku from reviving the Bull Demon King.
This is how these four set for a journey to the west.

Wow. It’s clearly based on the story of ‘Journey to the West,’ huh?

Yep. The main story focuses on the journey, where they prevent the Bull Demon King from being revived and the prequel focuses on the story about each character! It’s a little different from the original Saiyuki and one of the characteristics is that it’s a mixture of science and chemistry, rather than magic!

Here Are the Representatives of Saiyuki!
The Four Members in the Journey to the West! 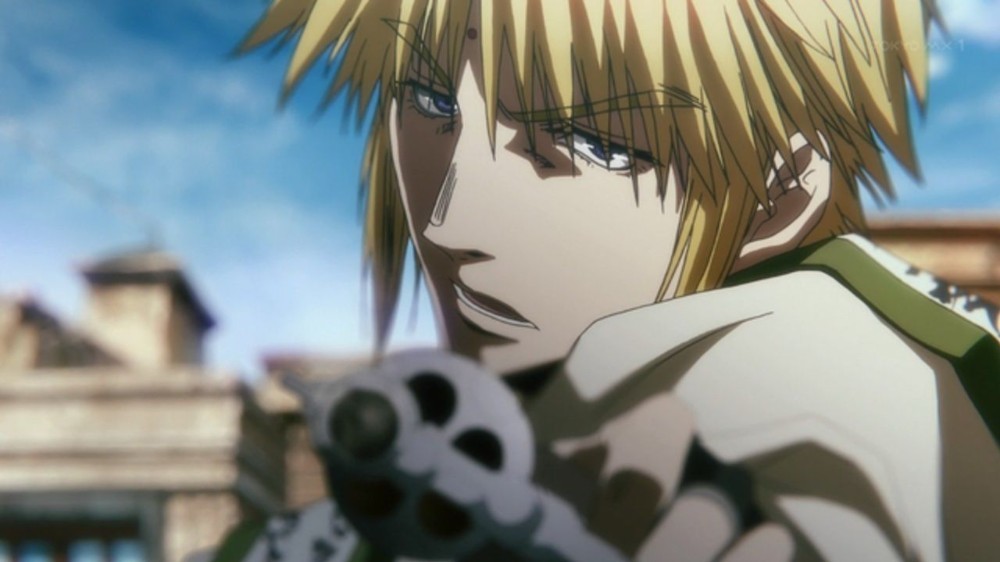 https://otakurepublic.com/product/tag_page.html?tags=35413
He is one of the top five Buddhist priests/monks in earthly paradise.
Since he is a good-looking man, he hates to be misunderstood about his true color, especially by women.
He has a sharp tongue, is unfriendly and short-tempered. His personality is pretty far from being a priest/monk but his power of Buddhism is incomparably high.
He hates to lose while staying calm and having good judgement. He has a leadership in his party. 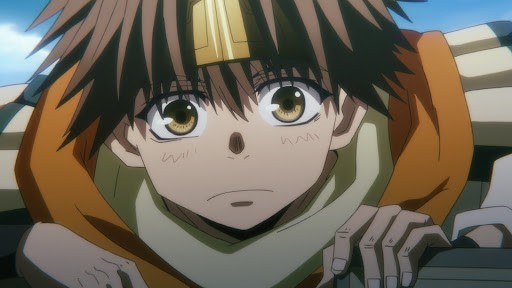 https://otakurepublic.com/product/tag_page.html?tags=38062
He was born abnormally neither as a human nor as a demon.
He is one of the most awkward existences in earthly paradise, and has been sealed for a long time. Once he gets out of it, Sanzo takes him to the outside world. That’s why he really trusts Sanzo.
His fighting ability is quite high but he is significantly childish among all the members.
In the prequel, his true color is revealed and we can see his past which is depicted in depth. 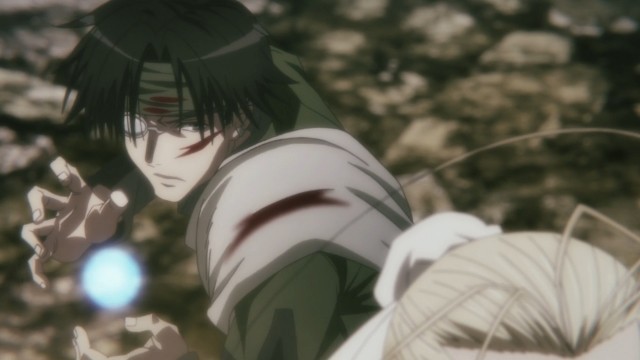 https://otakurepublic.com/product/tag_page.html?tags=22281
He is very calm and gentle.
He treats anybody very kindly but the other three say he is “the scariest individual when he gets mad.”
His partner is a dragon named Jeep, which can transform into a car, giving everybody a ride.
He used to be a human before but due to a cruel incident, he has turned into a demon. Then Sha Gojyō saved him and joined Sanzo’s journey. 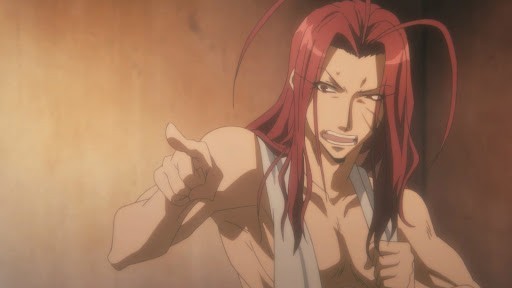 https://otakurepublic.com/product/tag_page.html?tags=31249
He is a half human and demon.
Due to this rare background, he has experienced a cruel incident in the past. Although he looks naughty quarrelling with Goku every day, he is so kind to children or woman.

I see everybody having dark past, huh? So, we can find out more details about each member in the prequel?

Not everything but most of them are depicted in the prequel! The anime adaptation will be the first one in about five years so I’m guessing that they will do a quick review in Episode 1~!
Why don’t you check out Saiyuki’s history, celebrating its 25th Anniversary in January 2022~??
Saiyuki
▸

All right now! This is all for today! I’ll see you all at the next article!!
Bye now~!
Saiyuki, Cho Hakkai (Zhu Bajie), Genjyo Sanzo, Goku (Saiyuki), Sha Gojyō (Sha Wujing)