Hello, everyone. Speaking of short anime that I would recommend, it’s Heya Camp△. It’s a spin-off series of Yuru Camp△. It was fun anime which we can watch in five minutes! Since one episode is short, I would binge-watch 2 or 3 episodes at the same time. I’m Otaku Republic’s Boss.
Heya Camp△
Yuru Camp△ 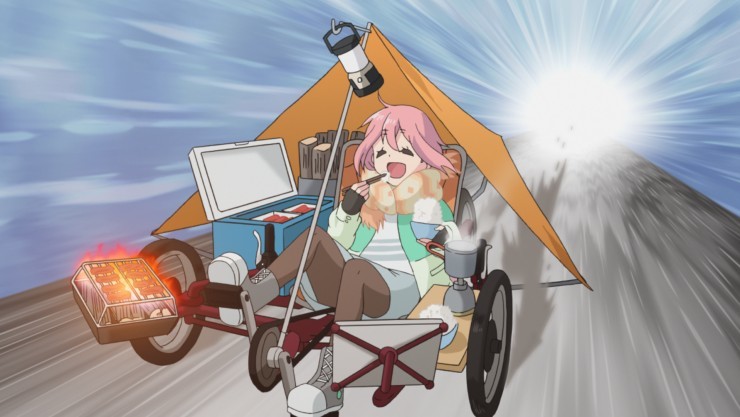 Hello, everyone~! Speaking of short anime which I recommend, It’s Pui Pui Molcar!! I can’t wait to watch the sequel soon...... It’s Saori from Otaku Republic and I am waiting for this anime to come out! I even have a stuffed animal of Shiromo!
Pui Pui Molcar 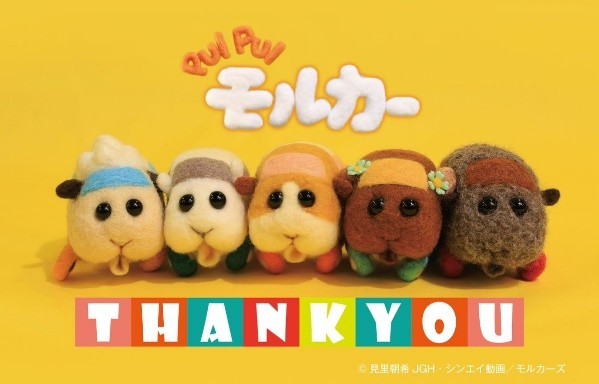 So today! We’ll be featuring one of the short anime, starting to air in October 2021! It was one of the hottest Doujinshi’s originals at Comiket too......!! 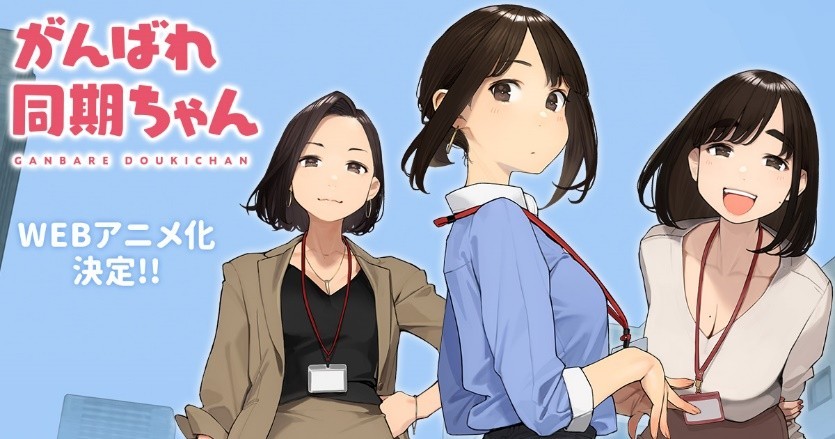 I feel that it’s a little rare that we share this kind of love comedy in Otaku Republic.

Hehe...... actually, Doujinshi of this original story was one of the best-selling ones at Comiket (see the illustration posted in social media)! Well, let’s take a look at more details!

Ganbare, Douki-chan (You Can Do It, Douki-chan) is a Japanese collection of illustrations by Yomu-Sensei.
It began serialization online via Yomu-Sensei’s Twitter account. It was originally only one illustration but so many viewers wanted to continue to watch the rest of the story, which made it start being serialized and made into Doujinshi.
An original net animation adaptation as a five-minute short anime series premiered in October 2021 in Japan! 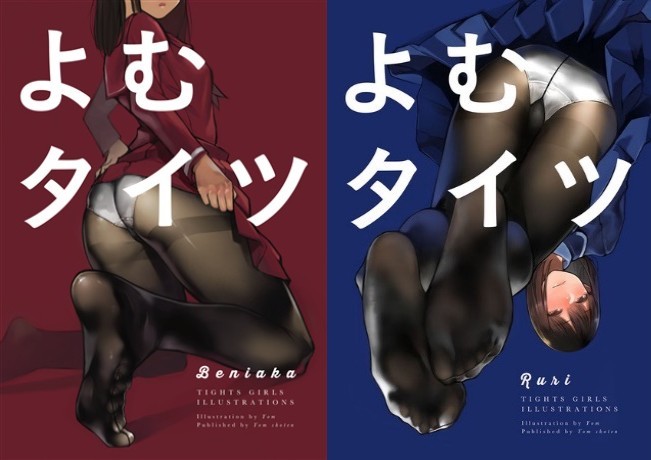 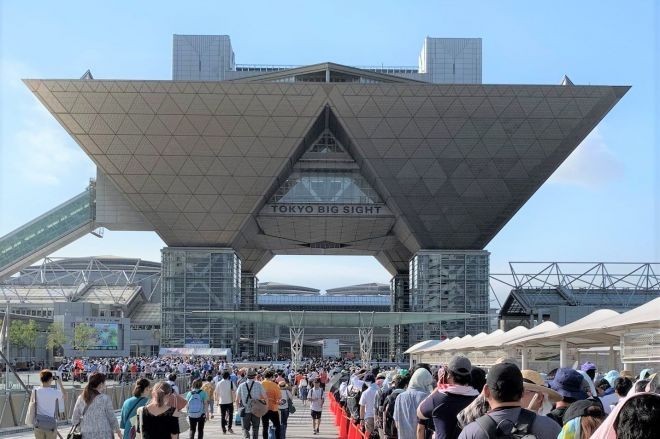 Already now, let’s take a look at what kind of story Ganbare, Douki-chan (You Can Do It, Douki-chan) is!

It’s a love comedy, where we come to want to encourage a little clumsy but mentally strong Douki-Chan who has a crush on her co-worker! 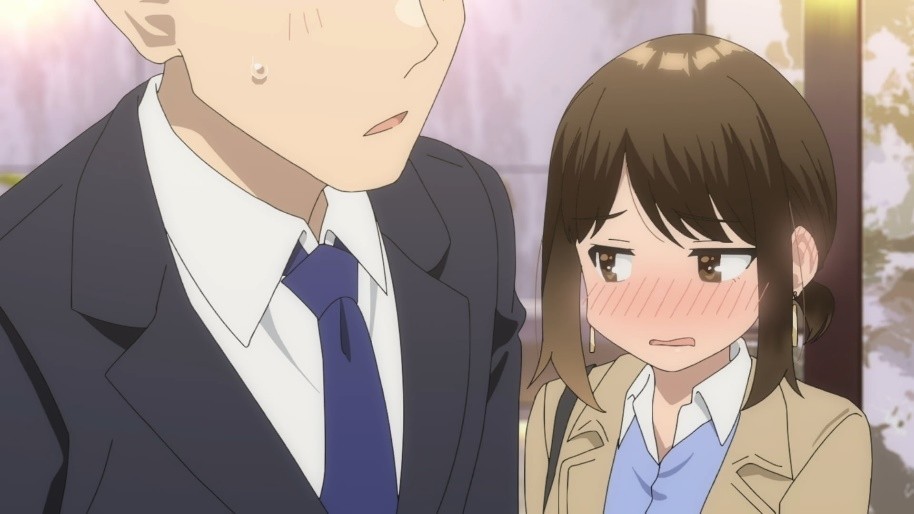 The story is set under the perspective of a man office worker, Douki-Kun. It’s a five-minute short anime series, where we can see everyday life of Douki-chan who has a crush on him, and other colleagues! 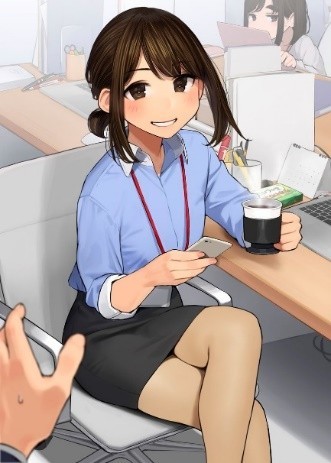 She is an office lady who works in the same company as Douki-Kun.
She is a serious working woman with great skills. However, when it comes to fulfilling her love, she is too clumsy to move on. She ends up messing up every time she asks Douki-kun out, trying to get closer to him. But she would never give up on him, which makes us want to cheer her up. 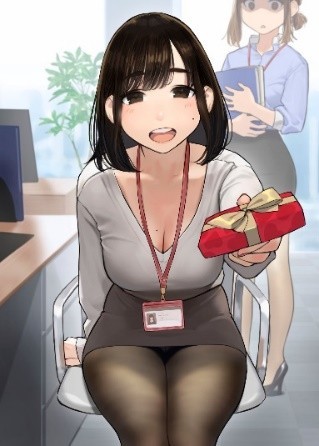 She is another office lady who entered the same company later than Douki-Kun and Douki-Chan.
She is always kind with smiles on her face. She often hangs out with Douki-Kun, trying to get closer to him. But she also likes Douki-chan so much that she sometimes enjoys being in the middle of these two and seeing their reactions. She is very glamorous and popular among her bosses or colleagues. Douki-chan thinks of her as a rival on love fulfillment towards Douki-Kun. 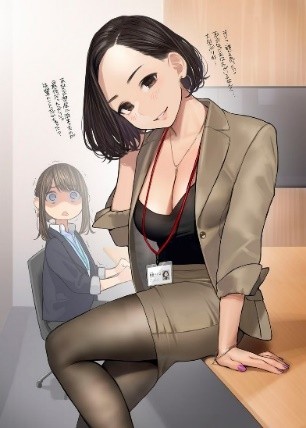 She is another office lady whom Douki-Kun ran across when he visited her company for a business. She is older than him and they went to the same college.
She usually looks older than she actually is and according to the rumor, she has stayed overnight at Douki-Kun’s house...... As one of the chara who gets closer to Douki-Kun, she is (also) thought of as Douki-chan’s rival by Douki-chan on love fulfillment towards Douki-Kun. Actually, she is an older sister of THAT chara who appears in Yom Tights series.

Look at all these rivals to get Douki-Kun!! Is Douki-chan able to make it with Douki-Kun over all these powerful love rivals......!? 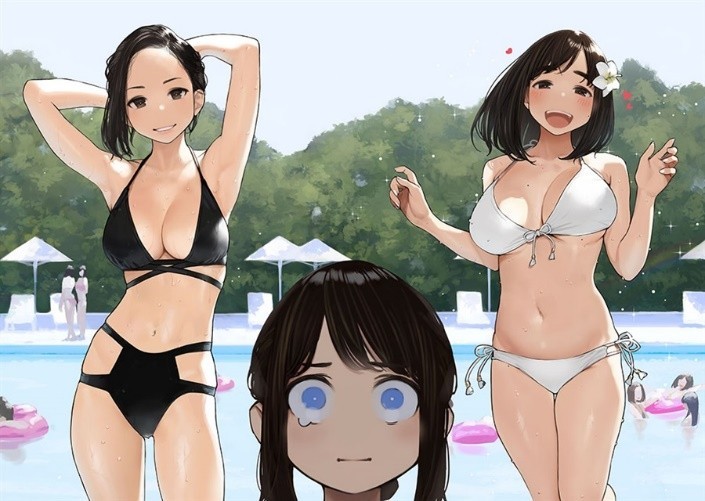 We might see some other short anime adaptation coming out at Comicket at the end of this year too! Go check them out~!!
Comiket 99 (Winter 2021)
▸
Ganbare Douki-chan
▸

Already now! This is all for today! We’ll see you all at the next article!!
Bye now~!
よむ, Yomu Shoten, Ganbare Douki-chan