Hello everyone! When it comes to games revolving around death, the very first one that comes to mind is the first season of Sword Art Online. We could describe it as a death game because the focus wasn’t necessarily on who was fighting who but rather centered around the adventures of survival. I’m the Boss of Otaku Republic.
Sword Art Online 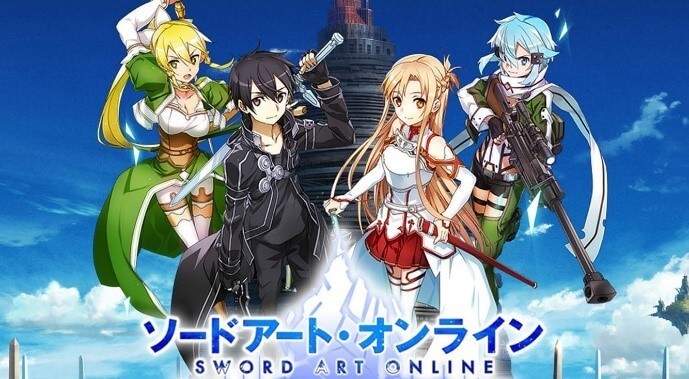 Hi everyone. When it comes to death games, Fate/stay night comes to mind! There are participants who do not die, but since they fight until there is only one person left, I see it as a death game! I am Saori from Otaku Republic!
Fate/stay night 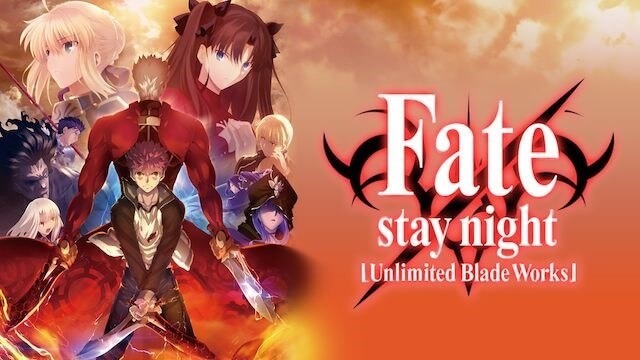 These are some of the works that feature a survival death game in which characters fight each other......but, there’s another anime adapted from a manga of the same genre coming out this October 2021!

【Fall 2021 Anime】
A new piece by the duo that created “DEATH NOTE” and “Bakuman.”
A death game that determines who the new god is......
What is Platinum End? 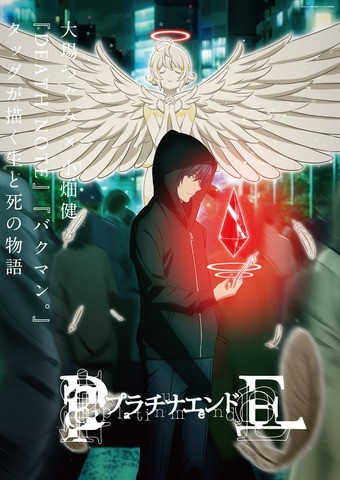 What is Platinum End? 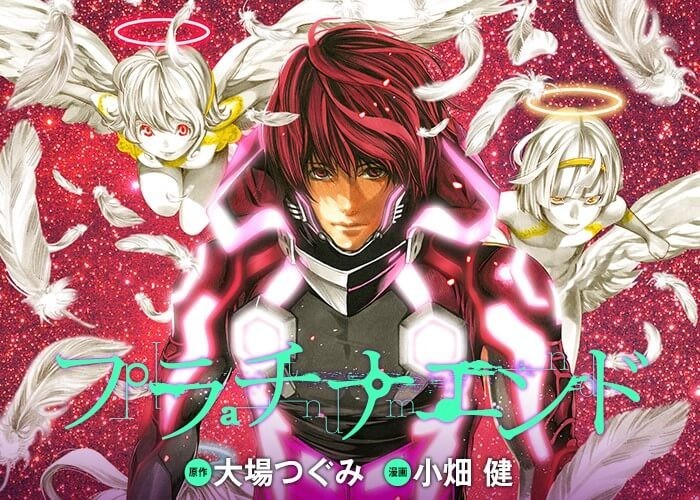 Platinum End is a manga written by Ohba Tsugumi Sensei and Obata Takeshi Sensei, authors of “DEATH NOTE” and “Bakuman.”
It was first featured on monthly magazine JUMP SQUARE in 2015 and the final episode was published in January, 2021. All 58 episodes and 14 independent episodes have been released. Over 4.5 million copies have been sold worldwide and the series will air as an anime this October, 2021.

“DEATH NOTE” and “Bakuman” are pretty popular JUMP mangas right? Both were also turned into animes so there are probably a lot of people who know them!
DEATH NOTE 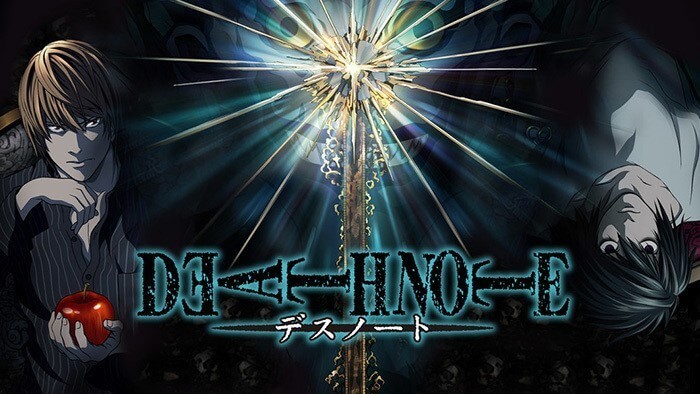 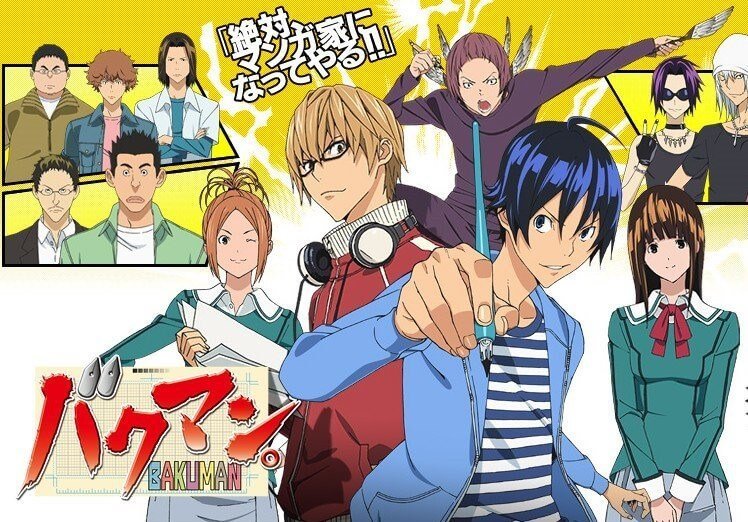 Well, let’s check out the manga, Platinum End that is being adapted into an anime this Fall!

The main character is Mirai Kakehashi a high schooler. But...... 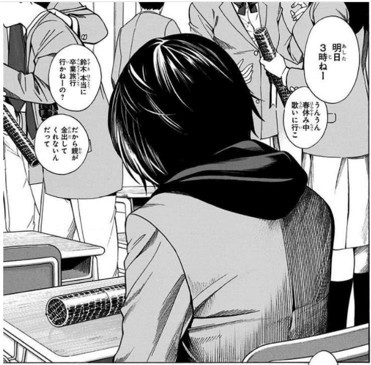 The protagonist Mirai Kakehashi just graduated middle school. However......he lost his parents to an accident when he was still a child and he was abused by the relatives who adopted him. He was also bullied in school...... and, on the graduation day, Mirai jumped off of a high building and committed suicide.

But, an angel named Nasse saved Mirai as he fell! 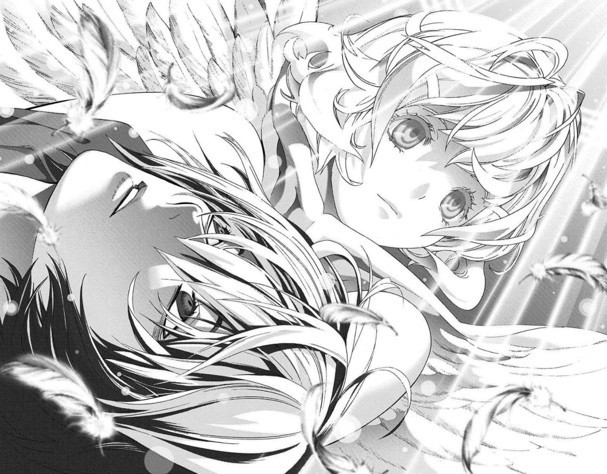 The angel who saved Mirai who just attempted suicide by falling from a building was Nasse! However, Mirai no longer desired to live, and asked her to drop him. Nasse rejects the request and declares, “I have come to you Mirai-kun. To make you happy!” 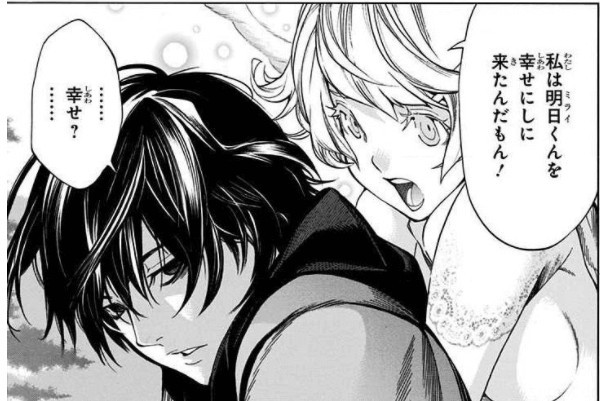 Despite wishing for death, “I want to be happy” was the true desire that existed within Mirai. Nasse saw Mirai’s actual wish and told him that she will give him “the hope to live!”

Mirai can either get “love” or “freedom.”
What are the effects that come along with them? 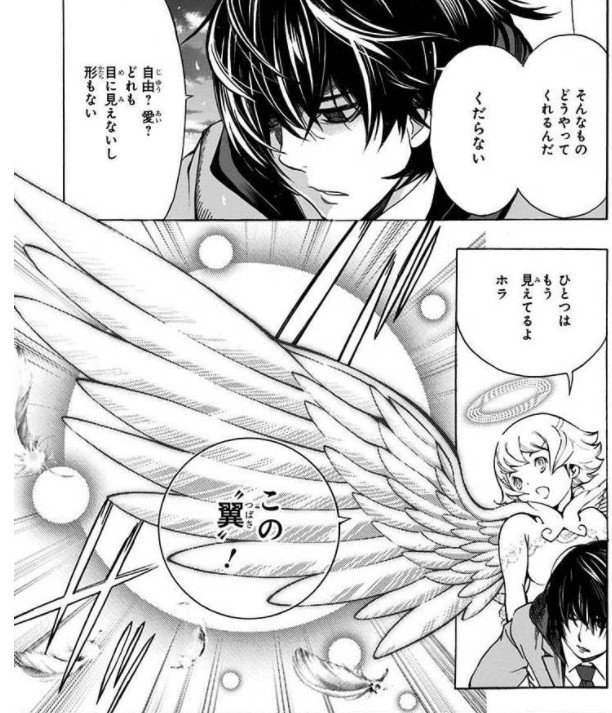 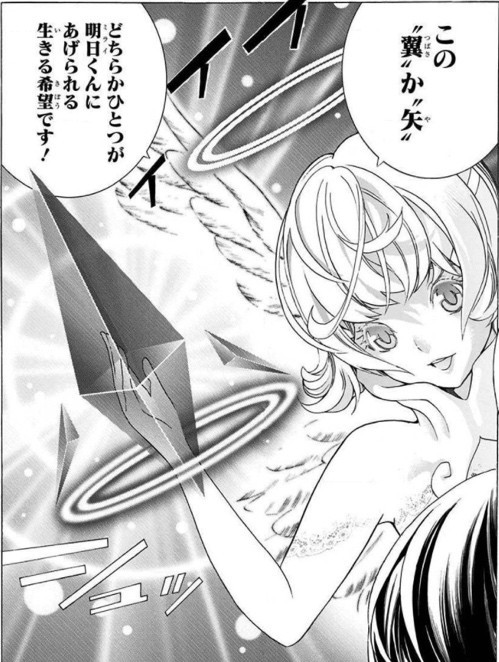 As angel Nasse has the ability to give Mirai “love” or “freedom.” If he chooses “love,” he’d receive an “arrow” that would make others follow in love with him for 33 days. If he chooses “freedom,” he’d get “wings” that would let him fly anywhere. After hearing these bizarre suggestions, Mirai impulsively says, “I want both.”

Can he have both?

Turns out that he can have both! Nasse simply followed the rules and asked him if he wanted one of them, but if he desired, she could give him both the “arrow” and the “wings”!

What moved Mirai who wanted to die was Nasse’s revelation of a terrible truth. 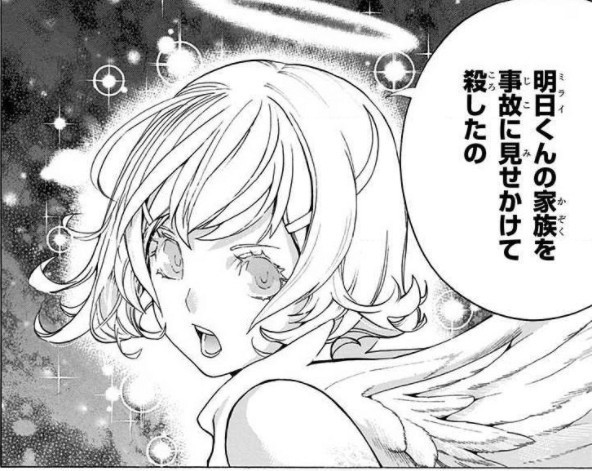 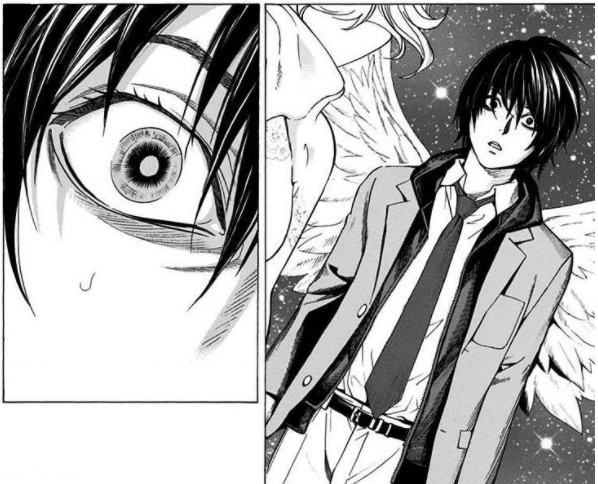 With the wings, he could steal things without anyone knowing. With the arrow, he could control the person he likes. Mirai calls these the works of the Devil, but Nasse disagrees.

She says that the term Devil should be used to describe his relatives who killed his parents and covered it up as an accident. 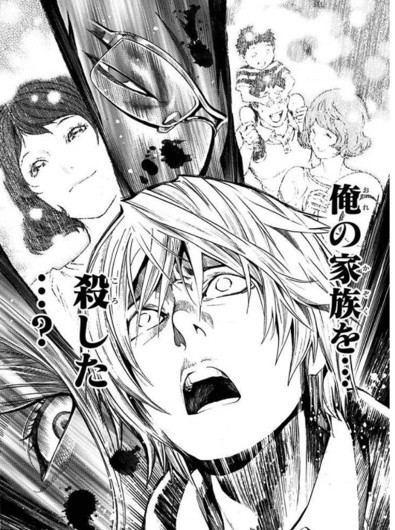 Until now, Mirai’s thoughts were all about dying, but suddenly all different kinds of emotions began to spill out. Sadness, anger......and questions. His relatives who abused him murdered his parents? To find out the truth, Mirai flies over to his relative’s place using his wings!

The truth revealed through newly acquired powers, and Mirai......? 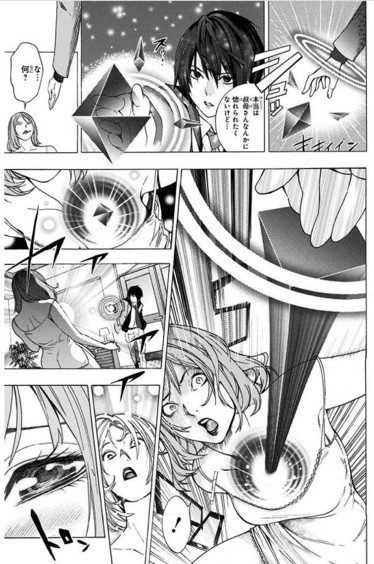 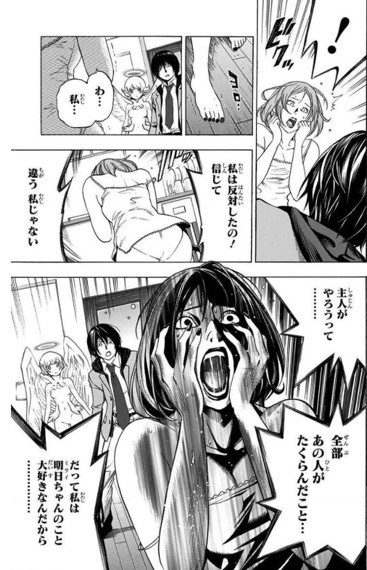 Mirai hits his aunt with one of his arrows and questions her about the murder of his parents. His aunt who has fallen in love with Mirai due to the arrow, revealed without hesitation that they made the death of their parents look like an accident for insurance policy money. She also confesses that they planned on killing Mirai too. 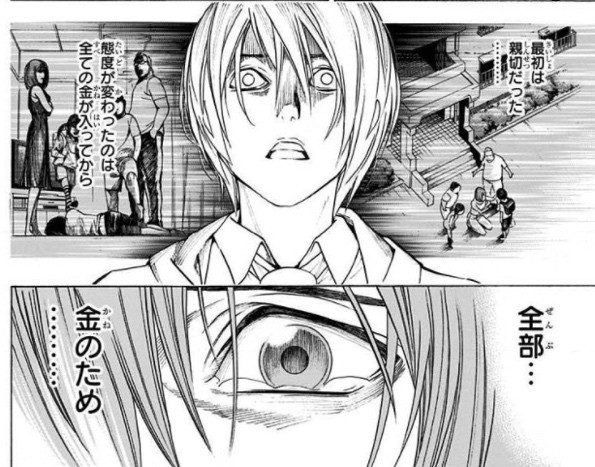 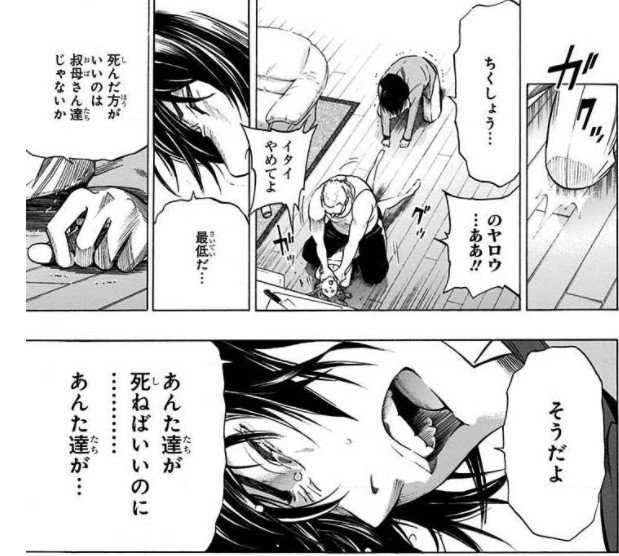 His kind parents, and his loving brother......killed for money . After finding this out, Mirai cries and says to his aunt the following.
“You guys should have died.” 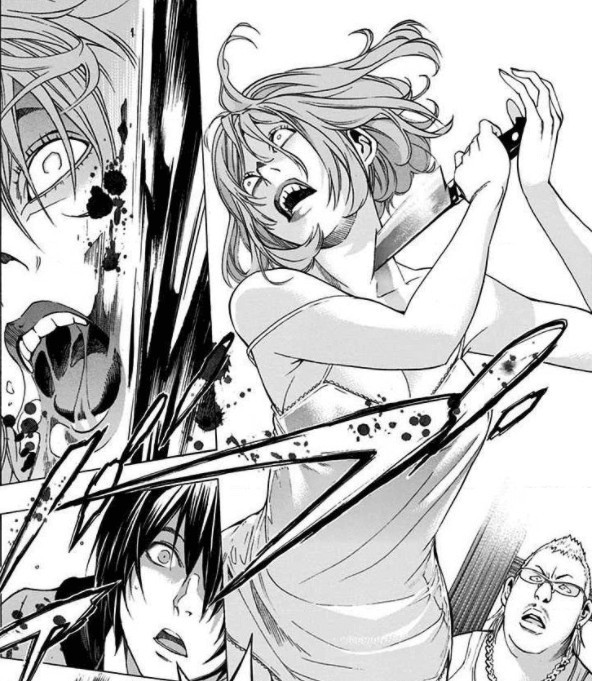 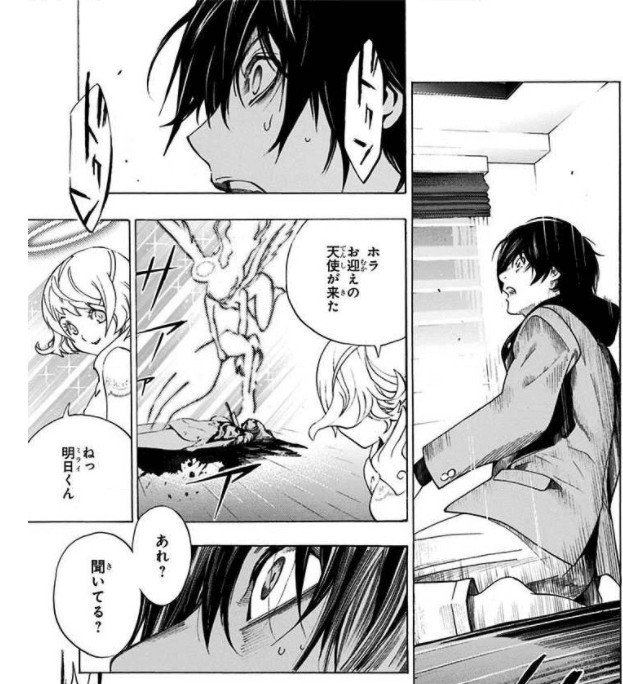 The aunt commits suicide with a knife just as Mirai wished. The “wings” and “bow” given to him by the angel had actual powers......this reality dawned onto Mirai as he was now faced with the dead body of his aunt.

After being able to escape the abuse of his relatives, Mirai no longer pursued any actions that would bring unhappiness to others, abstained from any stealing, and stayed at a hotel......but, Nasse declares something extraordinary. 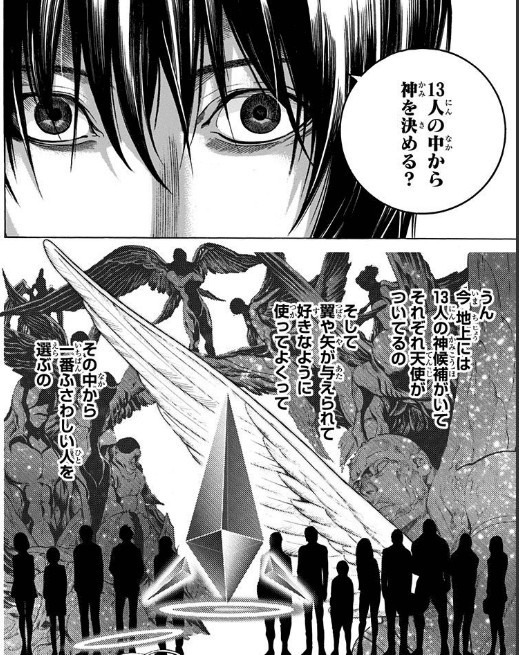 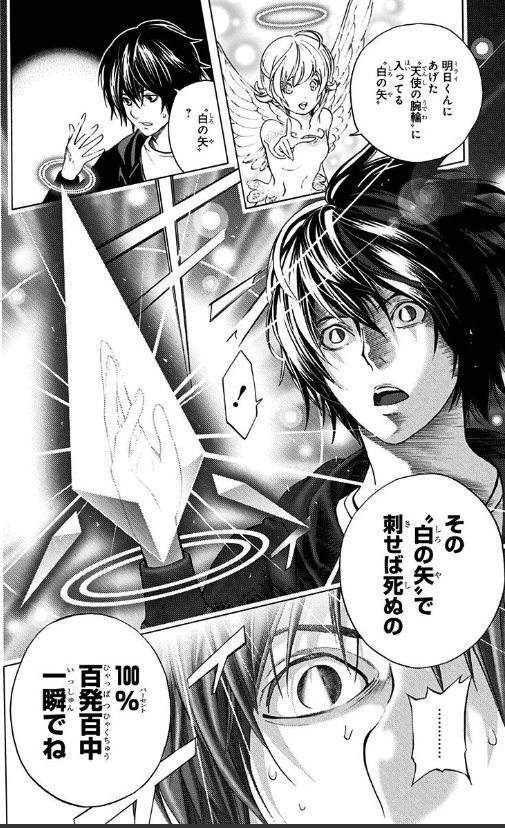 There were actually 13 other people who were given angelic powers like Mirai and eventually one of them would be chosen to be the god of the next generation. Mirai begins telling Nasse that he was satisfied with his current life and wanted to turn down the nomination to become god......when he’s cut off by the appearance of another angel appear behind a famous person on TV......! 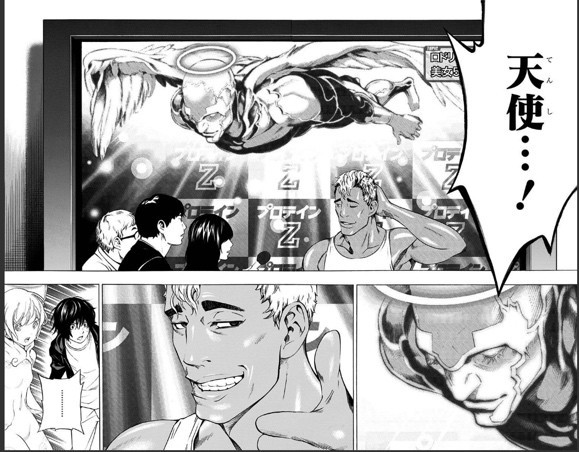 Those who use angelic powers for self-fame and happiness and those who rise over others to become the god......the fight to become the next god has quietly begun to spur into motion! 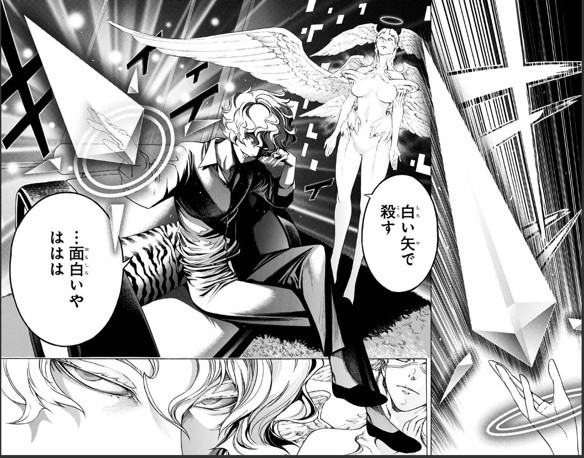 I’m just glad to see that Mirai, who wishes for simple happiness, didn't choose to hurt others for his own gains......I genuinely want him to survival the battle.

Who are the 13 other candidates for the next god, will Mirai survive this fight......?
All 2 seasons, the ending of the story to be announced! Let’s keep an eye out for Platinum End airing in October!

That’s it for this time! See you in our next article!!
Have a nice day!
Death Note, Bakuman