Hello, everyone! Speaking of the recent ‘demon training games’…… I associate them with various games. It’s Saori from Otaku Republic! 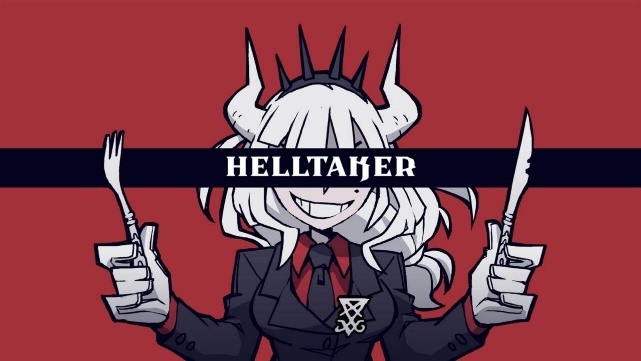 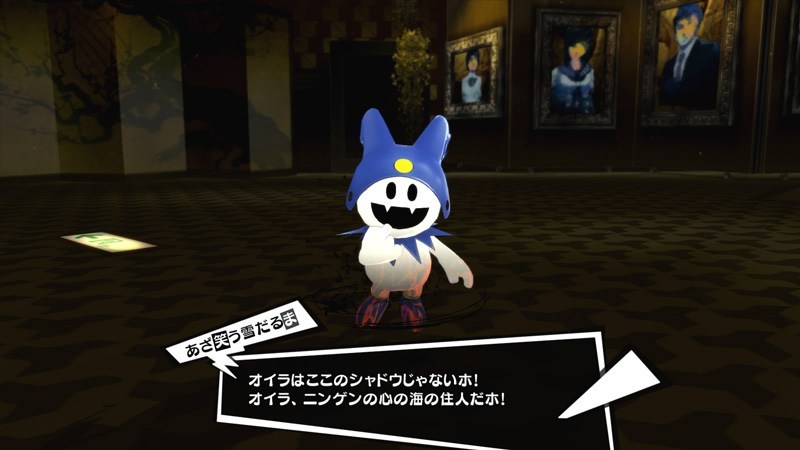 Hello, everyone. Any of the games you are associating don’t seem to be the ‘demon training games’ since they are just creating harem or making contracts…… I’m Otaku Republic’s Boss.

Right! The demons do appear in the story but they are usually not being trained, huh……??
So today! We’ll be featuring one of the very popular Summer 2021 Anime, now on air! It was actually delivered overseas first and now it’s going viral! 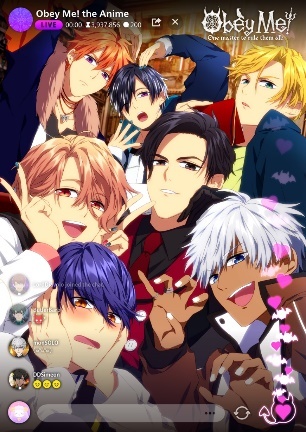 What Is Obey Me!? 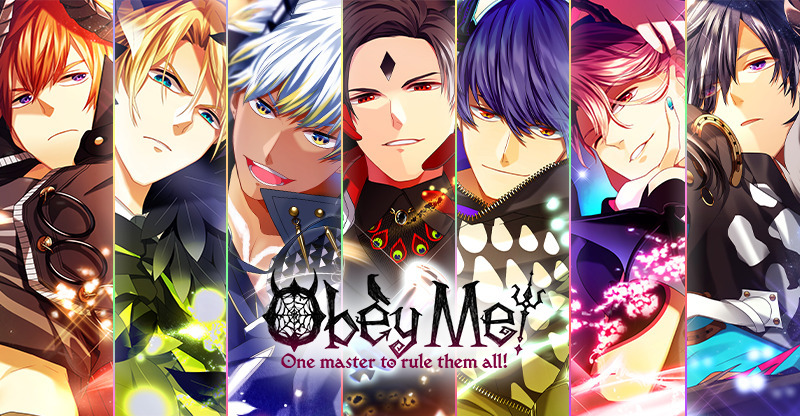 https://otakurepublic.com/product/tag_page.html?tags=775601
Obey Me! is a mobile app game produced by one of the Japanese big telecommunication companies, NTT SOLMARE Corporation.
This game has been preceding deliver since December 2019 in English-speaking countries, and then delivered in Japan since December 2020. It had already been downloaded over 300 times overseas when it was finally delivered in Japan. It’s been very popular and most featured throughout the world.
An anime television adaptation premiered in July 2021, where we can enjoy Obey Me!’s unique worldview.

It’s quite rare that the social game, developed in Japan, was delivered overseas first, huh?

Well, maybe we just don’t know. There might be many games delivered overseas first! But anyways, 300 times downloading already is just ridiculous!
So…… what kind of story is Obey Me! then? What do the players do in the game?

Description of Obey Me!! 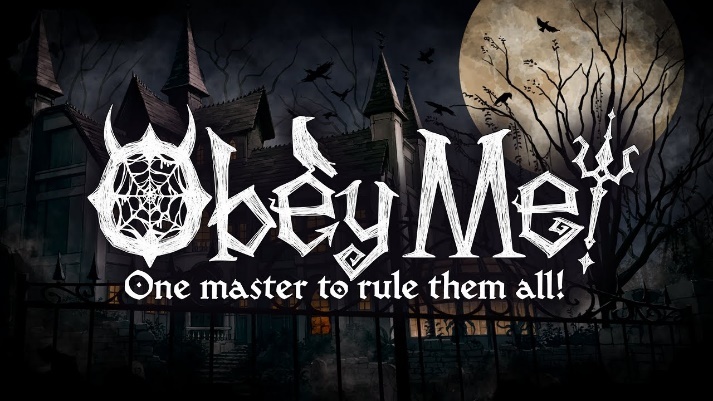 The player (the main protagonist) was having a dream.
Help…… help me
I’m being caught by some bad guys
You’re special
So I’m sure you’ll be able to save me
Please. Find me.
The player heard the boy, saying that.
Then the player found himself in…… guess what? ……the place like the unknown court. 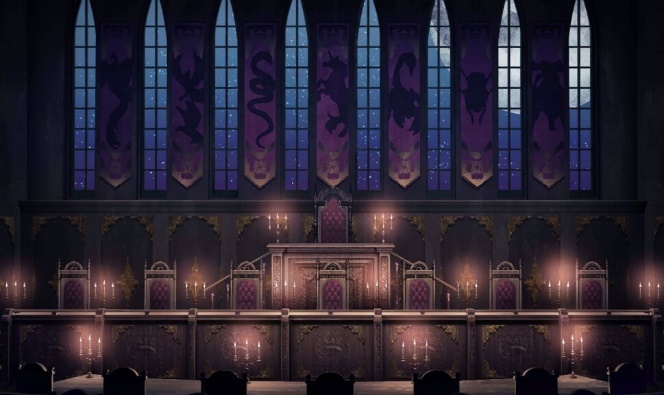 “Welcome to the Academy in the Devildom.
We’re pleased to have you (a human)!”
It looks like the player was chosen as an exchange student in demon school called “Royal Academy of Diavolo” (RAD) and summoned to the devil world!
The player has to spend one year at the Academy as an exchange student, while completing assignment and submit it. The assignment is……
“To become the master who brings the demons down to their knees”!
Is the player able to become the master who brings the seven demon brothers down to their knees……!?

I know, right? But anyhow, the purpose of this game is to be able to ‘train’ seven Demons, while staying with them through one year!

The seven Demon are all unique!
Try to deepen communication using a cellphone! 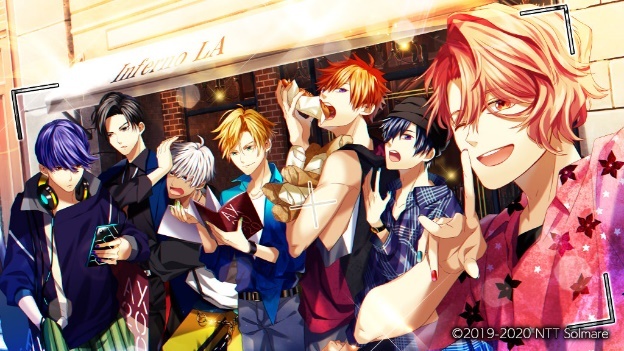 So! The player is about to start living in one year in the world, where the demons live. The player will attend the same school as the seven demon brothers as an international student, trying to complete the assignment but…… I would recommend using a cellphone that is provided to get closer to them! 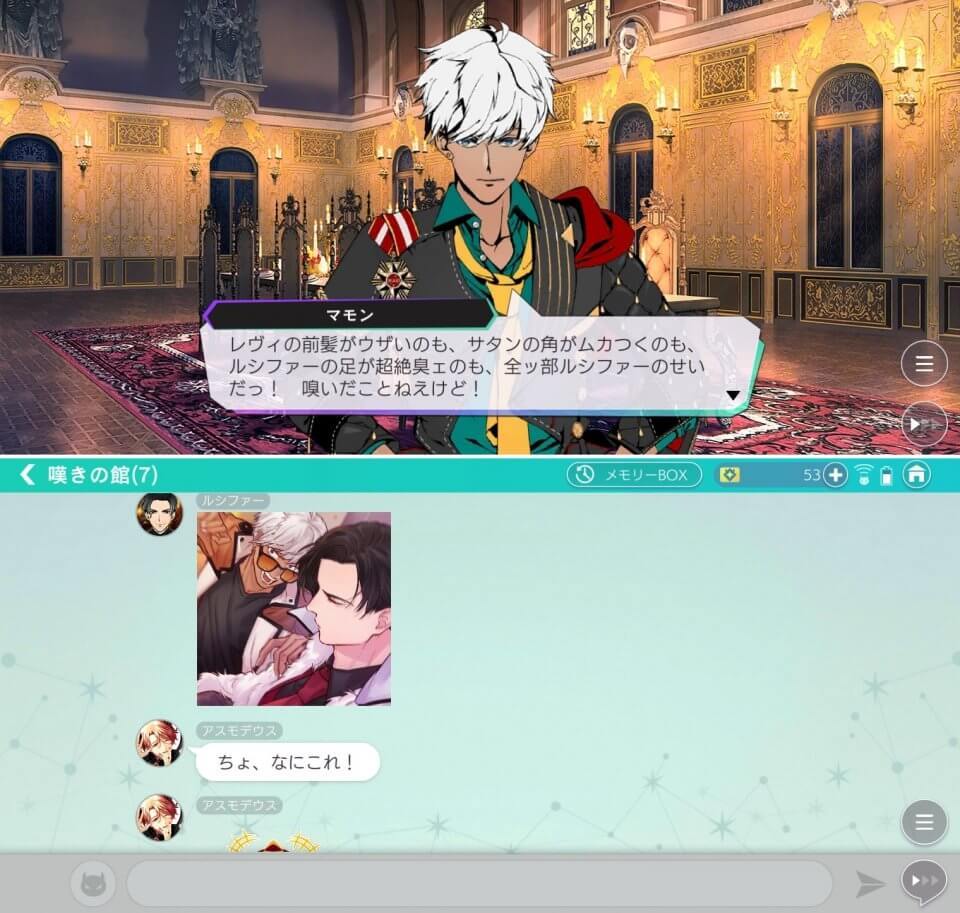 In this demon world, you see modern culture such as cellphones, convenience stores and social media! It’s as if we are actually communicating with characters by chatting, positing pictures and even doing a part-time job, just like what we do in this world!! 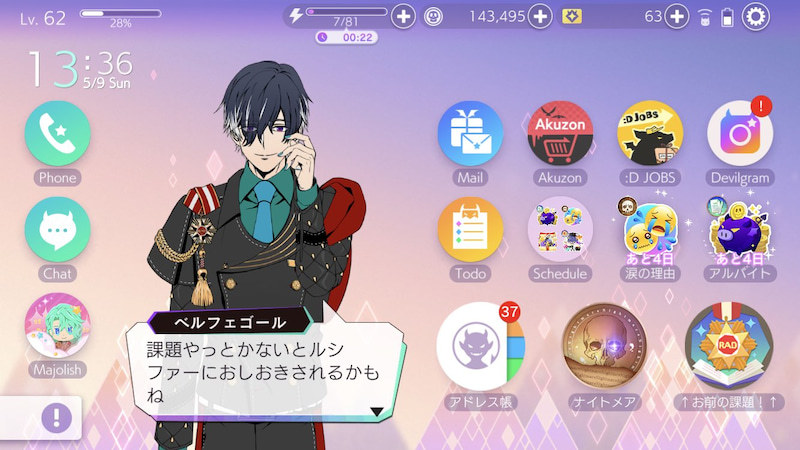 Look at all these icons, just like ours! You sometimes get a phone call from the character too……!? One of the best parts about Obey Me! is that we can play in a different way than the regular social games!

(Although it’s in the game but) It’s pretty awesome that we can actually get a phone call! I really want to try that and get the call……!

Battle with Demons through Dancing!
Don’t worry if you’re not good at playing a rhythm game!
It’s easy and fun!! 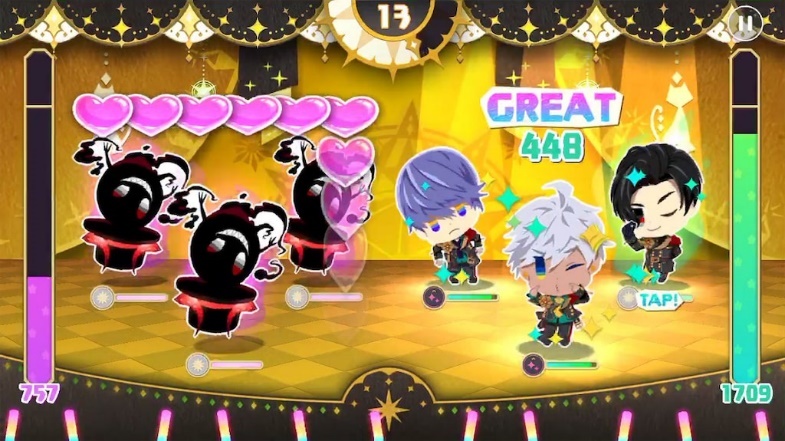 It’s prohibited that you do a flashy battle in this demon world! Instead, they solve the problems by competing through cool dancing!

Basically, yes!! The dance battle is proceeded automatically and if we tap the hearts sometimes shown in a good timing, the score is added! It’s not that hard so I want to recommend this to those who just want to enjoy the story instead of competing too!! 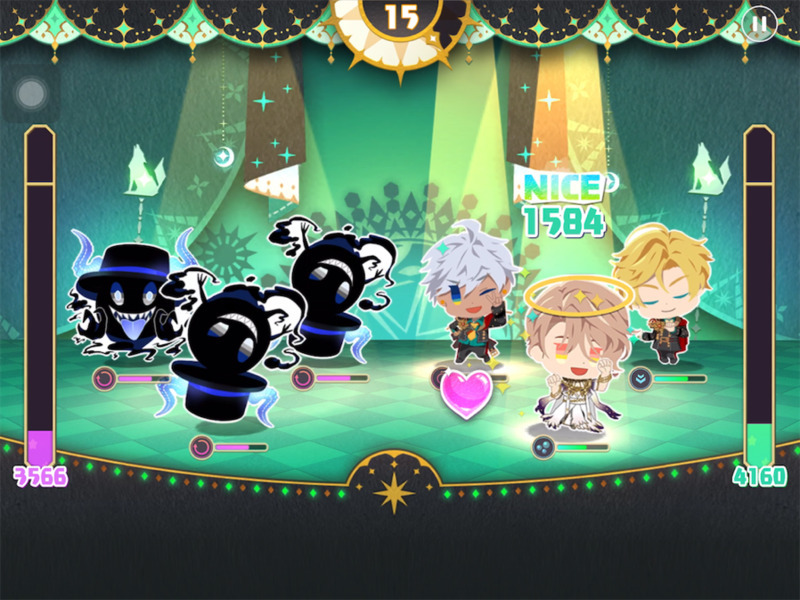 It’s wonderful that we can enjoy Obey Me!’s worldview fully because the social game is already delivered!! For those who get interested in Obey Me! after watching Episode 1 of anime, go check its social game as well as Doujinshi!!

Already now! This is all for today! We’ll see you all at the next article~!!
Obey Me!