※ Please note that this article contains some spoilers about 1-B Charas’ Quirks and Other Info. Watch Out!

Hello, everyone. I can’t remember their names if so many chara appear at the same time. I’m Otaku Republic’s Boss. 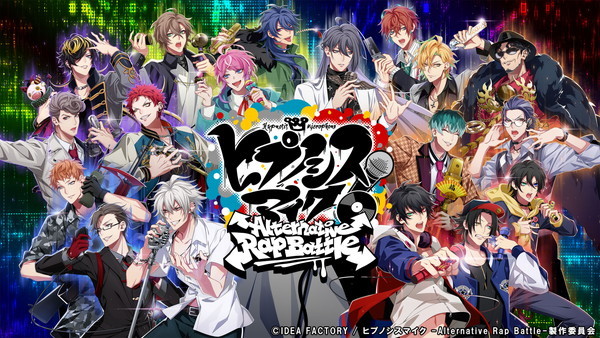 Are you sure? I believe you were able to remember all the Hypnosismic’s charas’ name, Boss?
And I can’t remember their names too…… It’s Saori from Otaku Republic.

Yeah, right. As for Hypnosismic, its anime was so fun that I just remembered them all somehow. Plus, they were separated as a group of three chara too.

But yeah…… for one of the spring anime, starting to air this month, so many new chara have been appearing, which is giving me a hard time……
I really want to remember all the names, though So, Saori! Please give me an easy-to-understand introduction before I watch the next episode.

Well…… sure. But which anime are you talking about?

Now Season 5 is on air, starting to air this month! What’s the anime series, which is getting more and more interesting with so many new chara appearing……? Yes, it’s THIS series!

【Hero Academia】
Here Are TEN Class 1-B Chara Getting Together!
FIVE-Minute, And You Can Learn Their Personalities and Quirks! 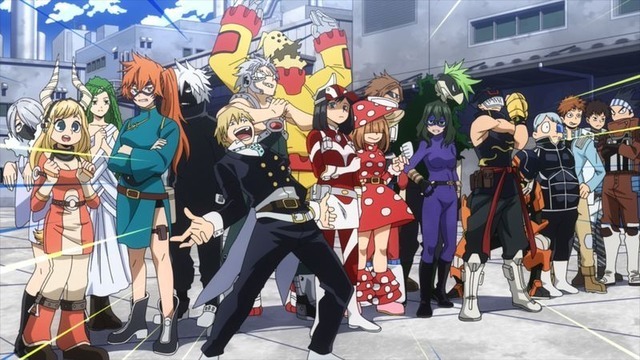 Ah, yeah~! In Boku no Hero Academia (My Hero Academia), they’re currently having a class competition by 1-A and 1-B Classes, huh?
Yeah, like you said, it’s becoming even more interesting with so many unique chara coming out!

Yep. I’ve been watching all the episodes but I really want to review it here. Since I want to focus on following the storyline while watching, I want to save time, when I try to remember each chara’s name, as much as possible.

All right! For those who are reading this article now, there is a link attached, taking you to Otaku Republic’s website, so let’s also check out its Doujinshi! 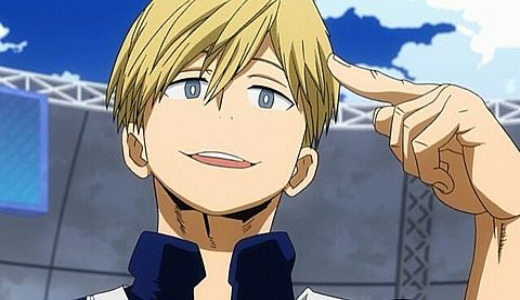 https://otakurepublic.com/product/tag_page.html?tags=532120
He is like 1-B’s organizer.
He is a fervent about wanting to topple Class 1-A, which have accomplished significant achievements. He always has a slogan where they beat Class 1-A on the “competition match” which is the training for both classes. He can also be disagreeable and sarcastic while competitive, having a never-give-up mind. He is an excellent student as a Hero, as well. If anything, he is not good at taking a written test.
Quirk: Copy
It allows him to duplicate and unlimitedly use another person’s Quirk for five minutes after coming into physical contact with the user.
While it’s very powerful, he cannot use two Quirks simultaneously. If he doesn’t see anybody around him to copy the Quirk, he could be powerless, which might be one of the difficult points about using him. 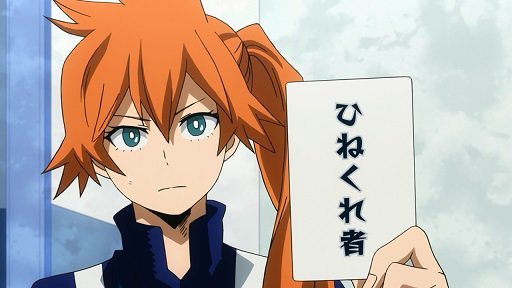 https://otakurepublic.com/product/tag_page.html?tags=759969
She is the class representative of Class 1-B.
She is dependable and dutiful enough to be the leader of Class 1-B, full of troublemakers. While she is cheerful and energetic, she has competitive spirit against Class 1-A and she plays an active role as the leader of Class 1-B on the “competition match.”
Quirk: Large Fists
This grants her the ability to enlarge both of her hands to a gigantic size. With the increased size comes enhanced striking power, gripping capabilities and defense ability. With this Quirk, she can deal with both attacking and defensing instantly so Itsuka seems to be skillful at having good judgement. 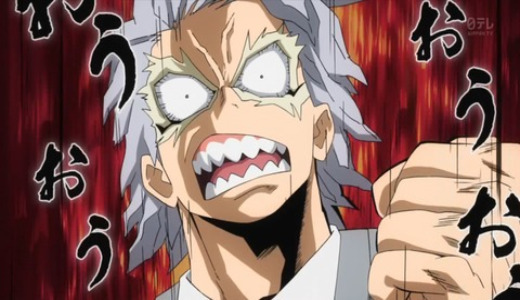 https://otakurepublic.com/product/tag_page.html?tags=213707
He is a boy who has an extremely unique name.
He can perfectly be described as a wild boy, with his very hot-headed and outspoken personality. He is so confident and stubborn that he can never change the way he thinks. He is highly evaluated with such confidence and the spirit where he believes in his buddies and fight it through, called “a good boy although he is really simple-minded.”
Quirk: Steel
It allows him to turn his skin into steel instantly.
By doing so, he can also bounce back the bullets and endure both high and low temperature. However, he cannot use it for a long period of time since he needs to supply enough iron before he uses it. 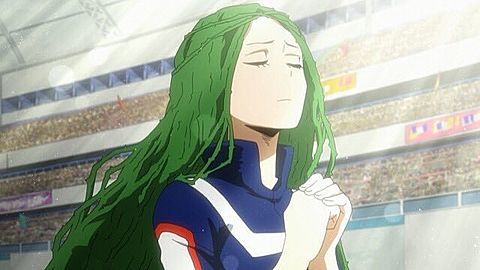 https://otakurepublic.com/product/tag_page.html?tags=759970
She is a serious and kind girl.
Her hair is like thorn-covered vines, which she can use as a weapon when she fights. Since she is very serious and polite, she never lies to anybody. However, when she fights for her friends, she looks godly. Her potential as a Hero is high as well.
Quirk: Vines
It gives her hair-like vines that grow on her head. She can lengthen and manipulate the vines, allowing her to attack, defend and grapple. She also has the ability to detach them at will. The vines will grow back, provided her head receives proper sunlight and water. 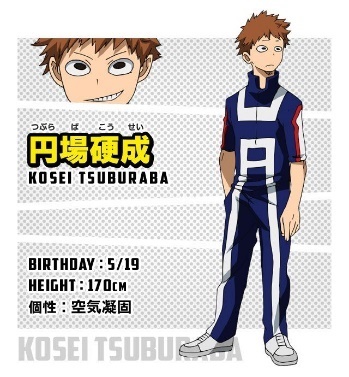 https://otakurepublic.com/product/tag_page.html?tags=759972
He is one of the four “Class 1-B boy students with common sense.”
He is good at supporting everybody, stepping back from the thing going on.
Quirk: Solid Air
It allows him to solidify any air he breathes out, allowing him to create invisible walls.
While he can change air at his will, he can perfectly make use of the ability, however, the power is directly connected to his lung capacity. Therefore, if the shock is too strong, it disperses and disappears. 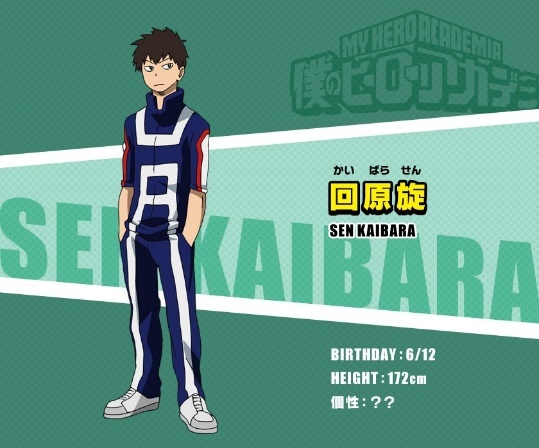 https://otakurepublic.com/product/tag_page.html?tags=759973
He is one of the four “Class 1-B boy students with common sense.”
He is easy-going and cherishes his friends’ opinions. He unexpectedly points out while talking. He is calm while most of the in Class 1-B students are passionate.
Quirk: Gyrate
It allows him to make any part of his body rotate at high speed like a drill. He can significantly enhance his hand-to-hand combat skills by using this heavy rotation to augment his physical strikes. 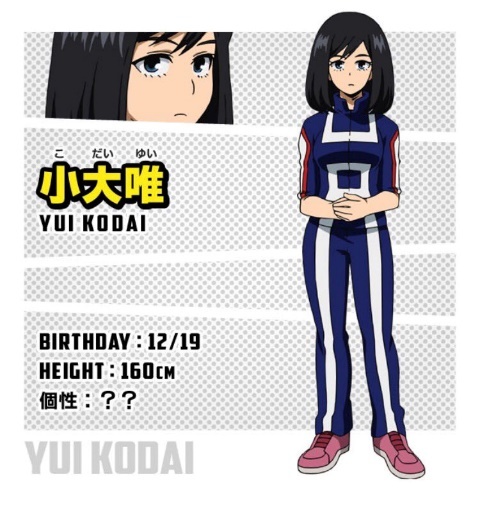 https://otakurepublic.com/product/tag_page.html?tags=759976
She is a quiet girl that rarely expresses any emotions.
It doesn’t mean she is gloomy but she is just not a talkative girl. However, she is able to communicate with her classmates with no problems. She loves tomatoes.
Quirk: Size
It grants her the ability to alter the size of “non”living objects that she has interacted with. Even though it’s not a fancy ability, she can change the size even after she left the object, which is one of the big characteristics. More specifically, she can change a miniature oil drum (which she always hides by her hand) to a super big drum. 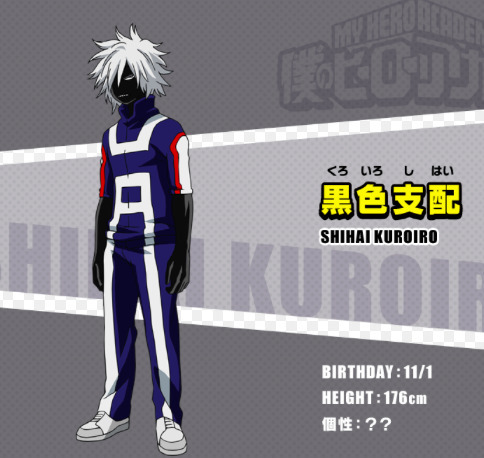 https://otakurepublic.com/product/tag_page.html?tags=759975
He is, what we call, “edge load”-type boy.
Although, he sometimes gets so shy and nervous that she cannot even see their eyes when it comes to talking with girls.
Quirk: Black
It allows him to merge his body into anything that is dark in color, whether naturally dark or dark via external circumstances, such as shadows. By controlling the shadows, he is also able to move his body. Since he can merge his body into someone smaller than him, he is good at sneak attack too. 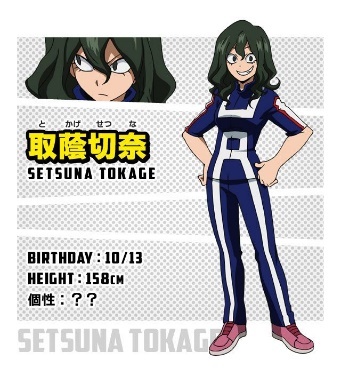 https://otakurepublic.com/product/tag_page.html?tags=759977
She is an academically great student who got in through recommendations.
She is very smart and good at thoroughly attacking the opponents’ weak points. Whenever they make a strategy in Class 1-B, she tends to be the planner. She is dependable among her classmates.
Quirk: Lizard Tail Splitter
It allows her to split up her body into as many as 50 pieces and control it freely. If she cuts off the ears, she can share hearing and if she can cut off hands, she can share touching things. The cut-off parts will be back to normal after certain periods of time; however, it requires power. However, it performs a very tricky attack. Her cleverness helps it fight too. 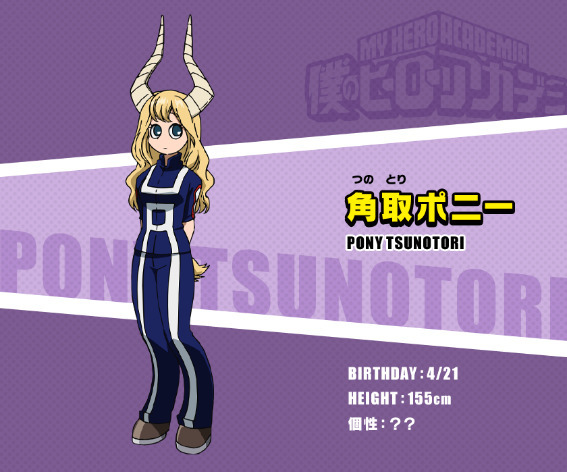 https://otakurepublic.com/product/tag_page.html?tags=759978
She is a girl, who has been transferred from America.
She has a pair of tall, lyre-shaped pale tan horns on her head, which she can also use as a Quirk. She has been studying Japanese so hard; however, her Japanese becomes English when she gets emotional. She is a small girl but so powerful that she is able to carry her friend who has fainted and run
Quirk: Horn Cannon
It gives her a pair of horns on her head. She is able to launch her horns as projectiles and a new set will grow back almost immediately. She can remotely control up to four of them at a time, which is very convenient. However, she has to take a really good care of the horns so she keeps having power with them.

Wow~! Thank you! Quite a lot of info about the ten chara, huh?

So, who’s your favorite Class 1-B Chara? Review it and enjoy the anime fully!