Hello everyone. Spring 2021 Anime has finally started off. I’ve been super busy watching Episode 1, coming out one after another. I’m Otaku Republic’s Boss.

What? Only a week has passed in April and you’ve already started watching them!? I haven’t watched a single one yet. It’s Saori from Otaku Republic.

Yep. It’s only been a week but quite a lot of shows have started to air already, such as Boku no Hero Academia (My Hero Academia), Hetalia World★Stars and Burning Kabaddi…… More to come! So if you haven’t watched any shows, why don’t you start watching one? One of the super masterpiece series from Jump’s second adaptation was produced so today, we’ll be featuring that series!

【Spring 2021 Anime】
A Remake of Masterpiece from Jump!
The Most Anticipated Spring Anime, Shaman King! Here’s a Five-Minute Review! 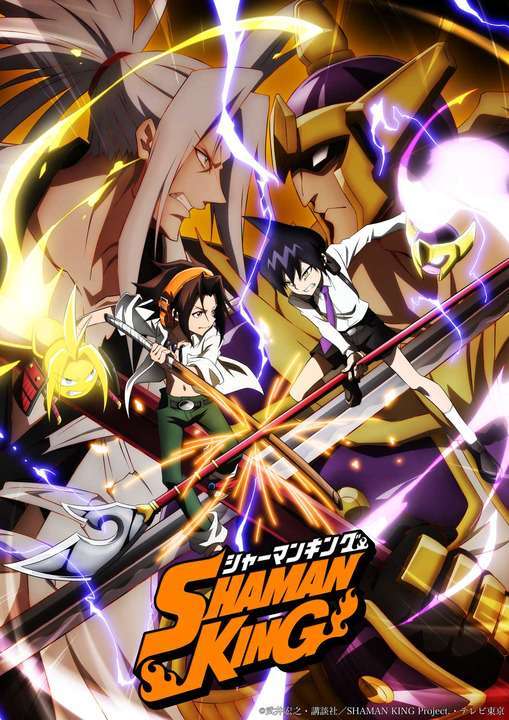 What Kind of Series Is Shaman King?

Oh? I know! Shaman King is a classic type of fantasy and battle manga series, from Shonen Jump in 1990s! 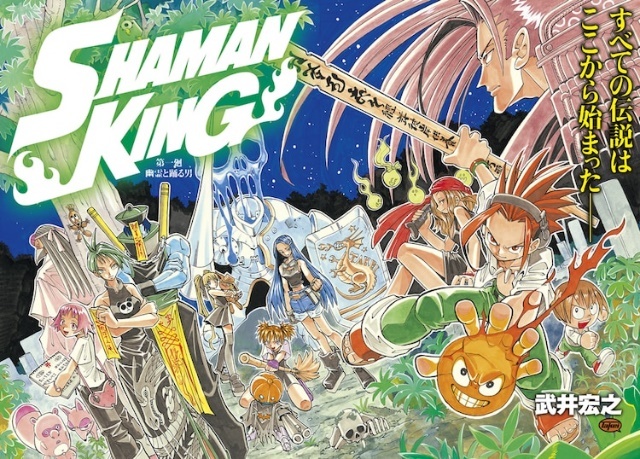 Yes. Shaman King is a manga series, written and illustrated by a manga artist, Takei Hiroyuki-Sensei in 1998. It was made into an anime and comics! I feel nostalgic about this series. I would read Jump every week but…… this series was actually canceled all of a sudden.

Yeah! I know! It was such a sudden cancellation right before the final episode. I didn’t even know if it was officially cancelled so I was quite surprised at the news…… like ‘This is it!!?’ 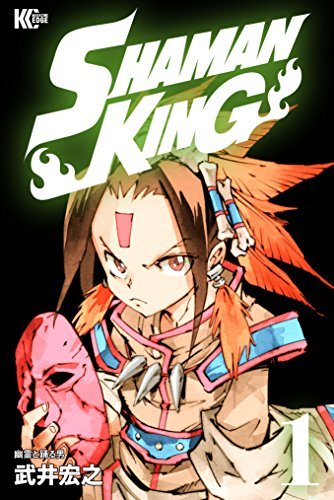 Right. But after that, ‘the complete version’ was issued and the final episode, which Takei Hiroyuki-Sensei really wanted to depict, came out. (I’ve read that final episode but) it was an awesome episode, leaving the previous content the same and adding some other elements. So! That ‘complete version’ will be made into an anime this time!

The main protagonist is a shaman, a medium between the worlds of the living and the dead. He joins the “Shaman Fight,” which takes place once in every 500 years, where the King is chosen! 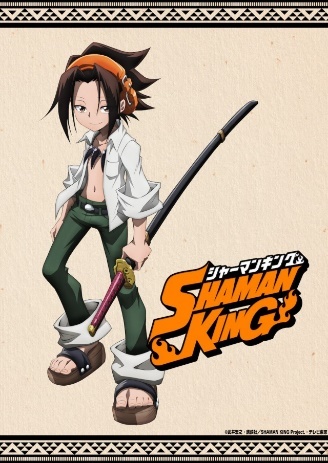 The main protagonist, Asakura Yoh is a shaman, a medium between the worlds of the living and the dead. The story starts off when he moves into a city and decides to participates in the ‘Shaman Fight,’ which takes place once every 500 years, where the King of Shaman is chosen. 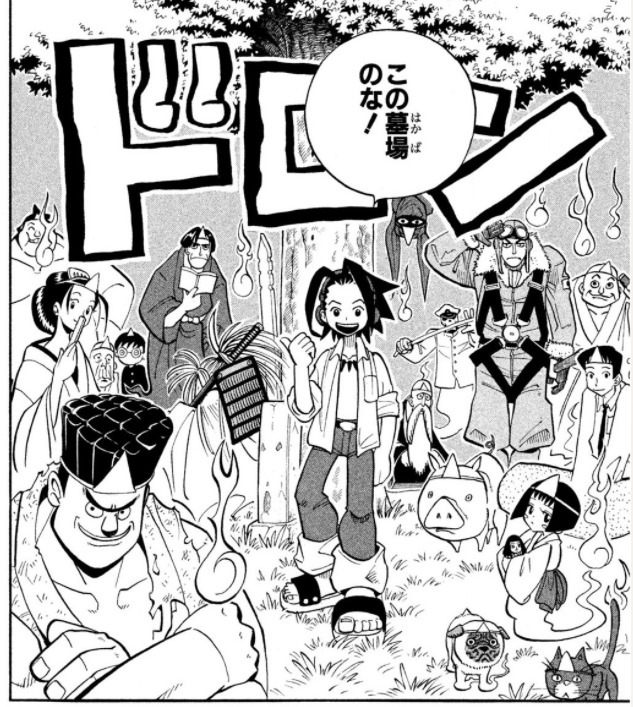 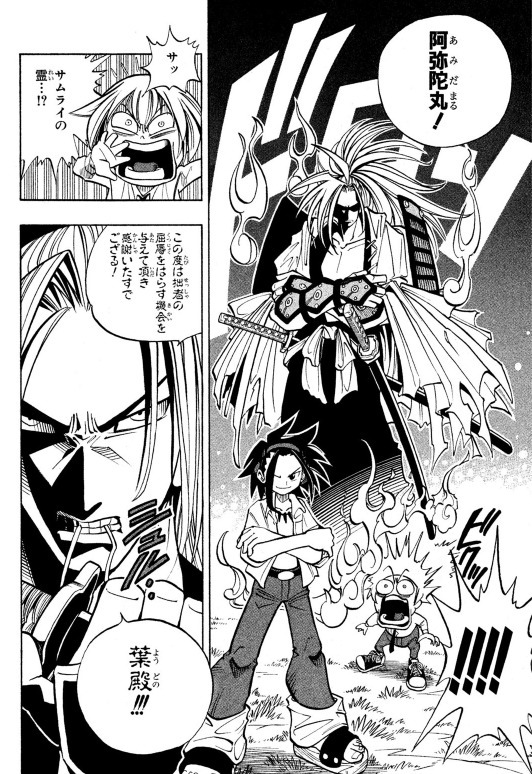 Yep. The winner of the Shaman Fight is able to gain the ability to reshape the world in any way he/she wishes, right?
One of the Kings has gotten rid of humans on earth until the population becomes one-third of the whole numbers…… The battle is held under the special tribes who manage and run the Fight, and lasts until only one winner is chosen.

Yes. Once you become the King, you will get a definite power. That’s what the ‘Shaman Fight’ is all about. It’s not too much to say that whoever the King becomes can decide the fate of the upcoming era on earth. So both good people and evil people fight against each other to make their world an ideal place. 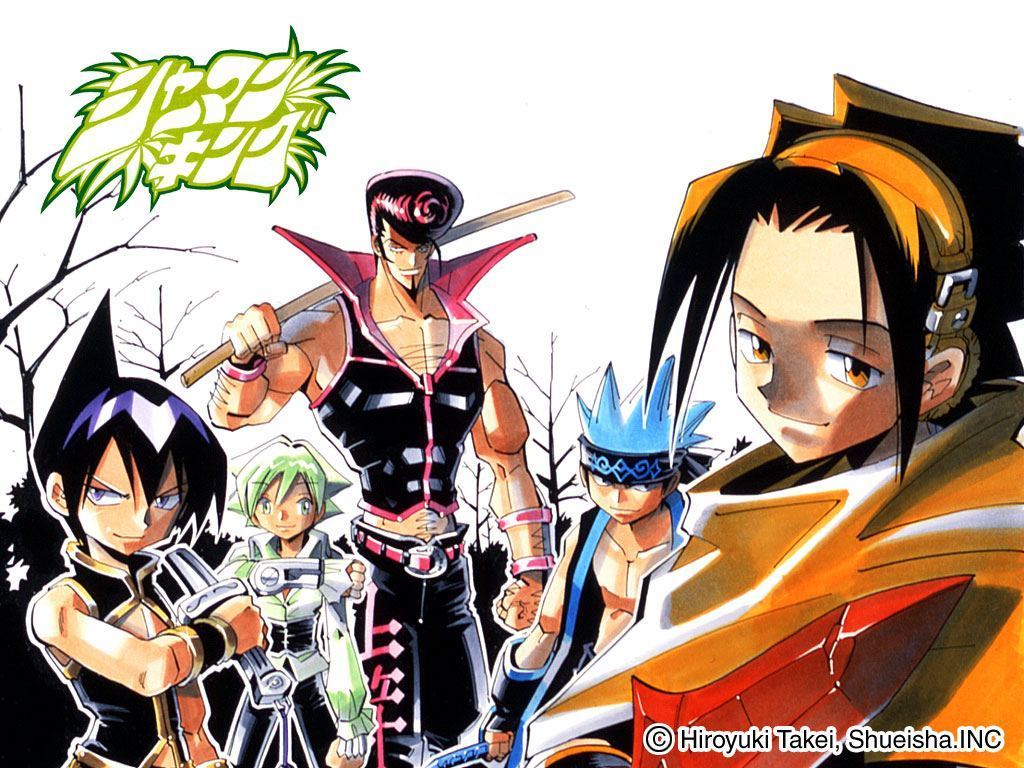 Personally, (I mentioned it above too but) since quite a lot of people remember Shaman King being cancelled. I bet those people are now happy about this news, where the complete version’s final episode will air.
I really hope more and more people will watch this ideal final episode and know this masterpiece.

Right. The story itself and all the characters were so awesome with lots of individualities! Death is not the end. Everything is connected with each other. However, don’t disregard living your life. Never give up having a commitment and passion as long as you live.
This series has so many famous quotes! Both for those who have watched it and those who haven’t, why don’t you check out the remake version, starting to air in April?

“It’s all up to you to think what’s important.
As long as you’re serious, that’s absolutely important.” 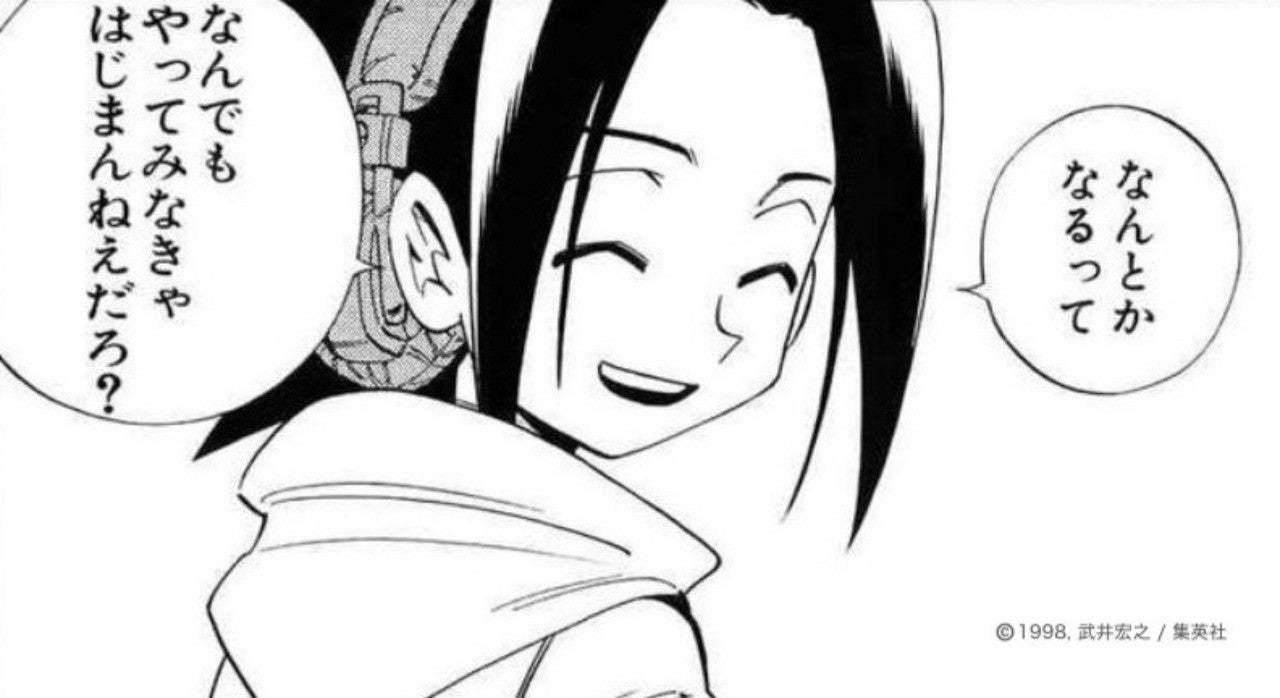 “It’s your ‘thought’ that decides if you can do it or not.
The ‘numbers’ can be something like the ‘monster,’ which decides ‘where you belong’.”

Who’s the old man on the last picture……? He said such great things but I just cannot remember him.
But yeah, the number could be the scale that decides if you can or cannot but it shouldn’t decide our potential in the future, huh? What decides our future is our thoughts. Not what we ‘can’ be but what we ‘want’ to be, huh? This is a great quote too.

So! Please give it a try to this luxurious anime, full of history, quotes, passionate battles and attractive characters! Episode 1 has already been airing! Don’t miss it out~!
Check HERE for OVER 200 Doujinshi!
Shaman King！
▸

Already! This is all for today! We’ll see you all at the next article!
Bye now~!
Shaman King