Hello, everyone! We’re finally in March! I want to search for Spring 2021 Anime now! It’s Saori from Otaku Republic~!

I have shared some of the Spring 2021 anime series already but unexpectedly, there seems to be many sequels and the 2nd (broadcast) season’s series, coming up…… The one which I’ll be featuring in Coupling Column today is one of them, whose Season 5 starts to air in April! That is……! 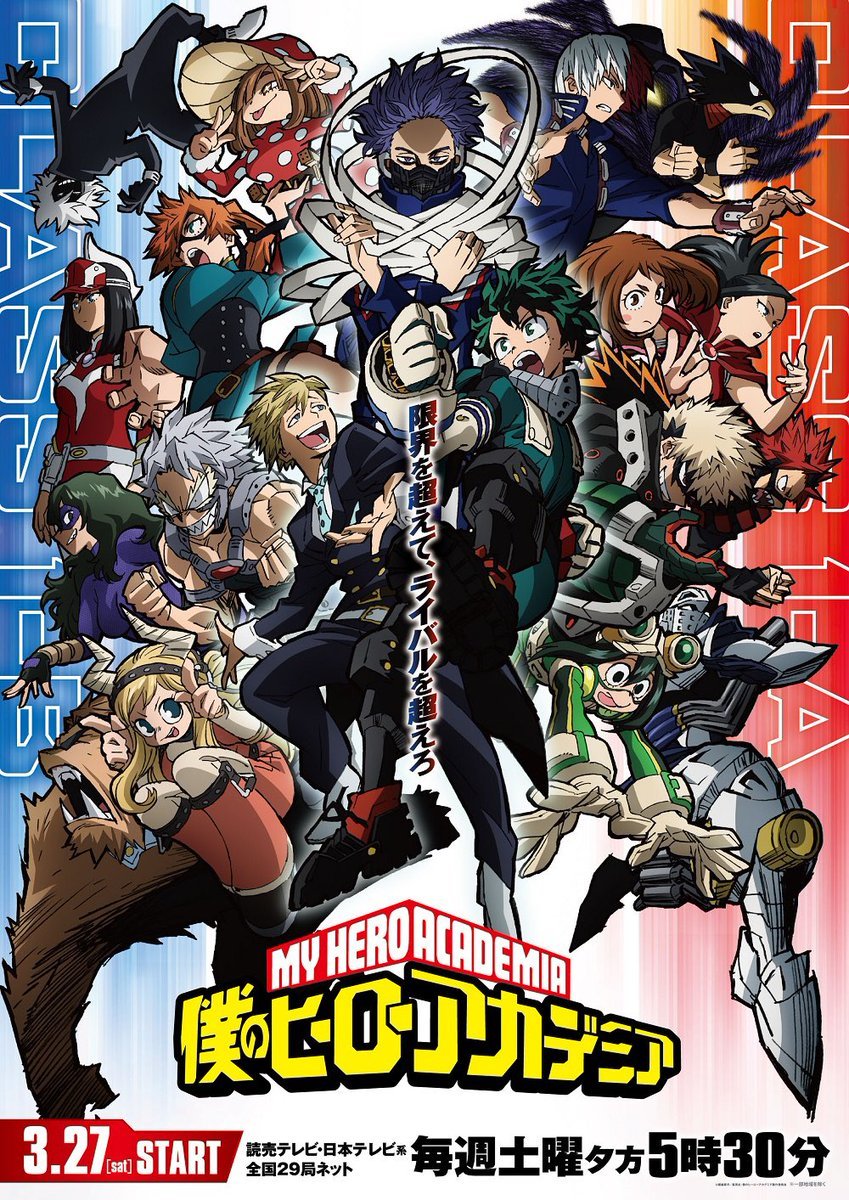 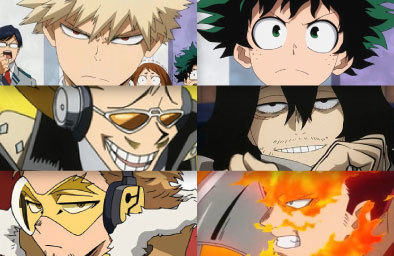 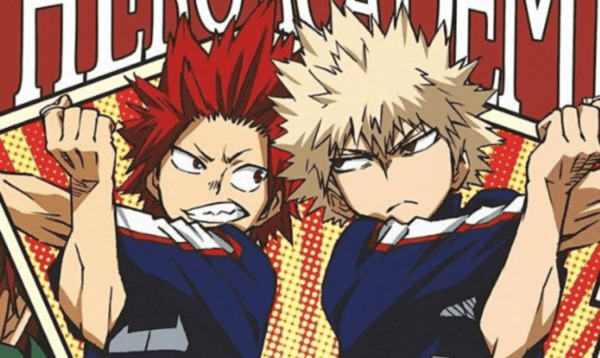 https://otakurepublic.com/product/tag_page.html?tags=198500
The relationship of the two: An organizer in class and a troublemaker. They are perfectly matched as a combination!

Who Is Kirishima Eijiro? 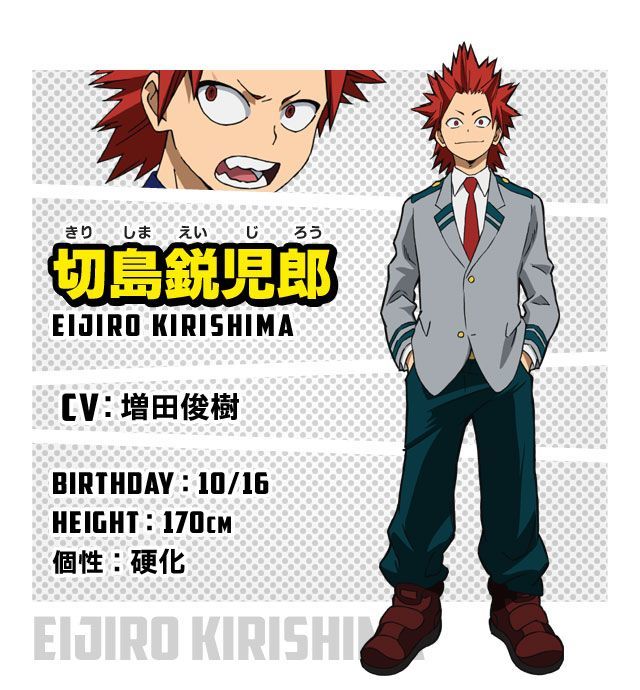 https://otakurepublic.com/product/tag_page.html?tags=192118
He is a student in Class 1-A at U.A. High School.
He is “a cheerful class clown”. He trains himself so hard every day so he can ba a “manly” hero. His Quirk is “Hardening.” This allows him to harden his body, making it durable, where he never gets injured even if he is stabbed with the knife or he can endure even if he falls down from a high place and becomes trapped under heavy stuff. By the way, his smile is cool and cute with his very pointed teeth. 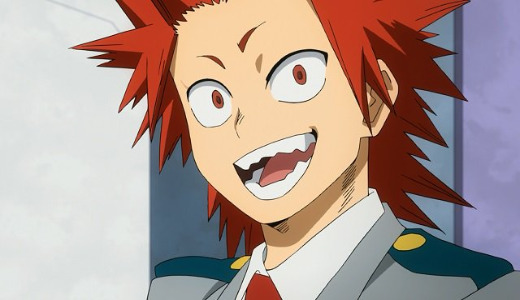 As I shared in Part 1’s column, Bakugou-Kun is like a delinquent boy who is perfectionist with high ability but Kirishima-Kun is one of the few classmates who can get along with Bakugou-Kun! 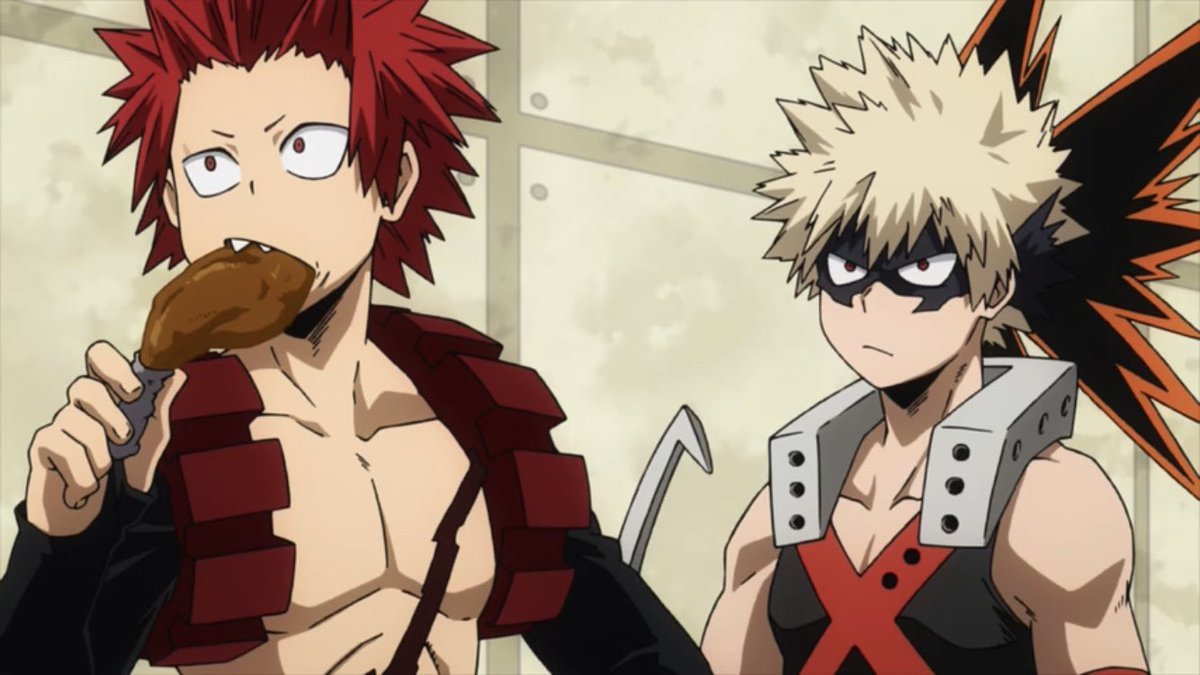 I feel sorry about the expressions ‘one of the few’…… but, Bakugou-Kun actually has high ability and treats both himself and others strictly to become strong so we hardly see him enjoying talking with someone. However, Kirishima-Kun really understands Bakugou-Kun’s personality (I should say he really understands all his classmates) so he is good at casually supporting Bakugou-Kun! 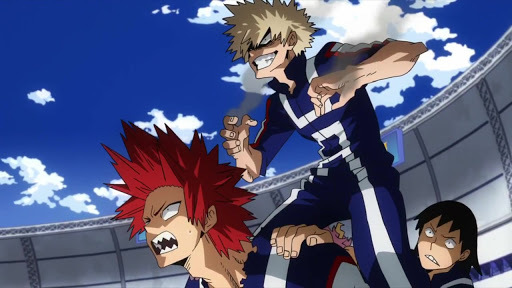 They started to get along well in Episode 18 of Season 2, where they paired up in the cavalry battle (like chicken war) at sports festival…… Actually, around there, both Bakugou-Kun and Kirishima-Kun understood each other better and gradually started to accept each other! Since then, they are depicted as a perfect matched combination both in its anime or movie and they are now known to be the best matched combination!

If you want to know more about their relationship, please check out this Sports Festival Arc, Forest Training Camp Arc and the episodes after those two Arcs! You will know why this combination is so popular! 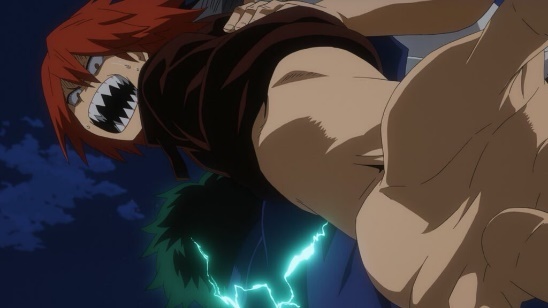 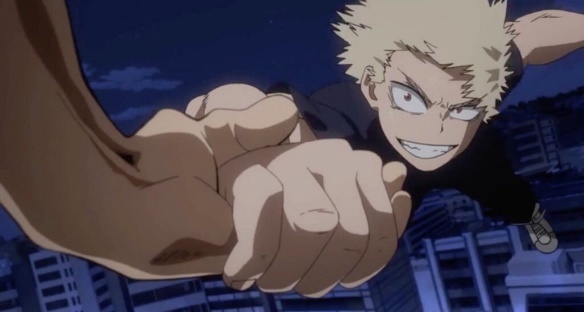 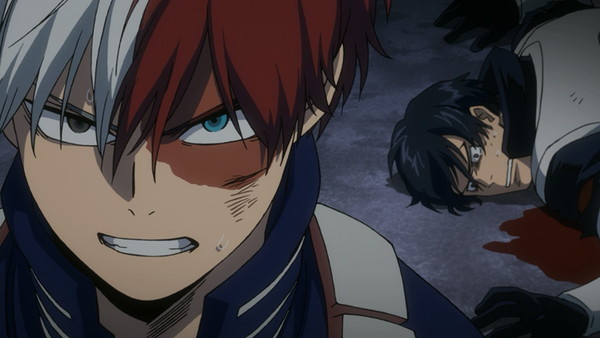 Who Is Iida Tenya? 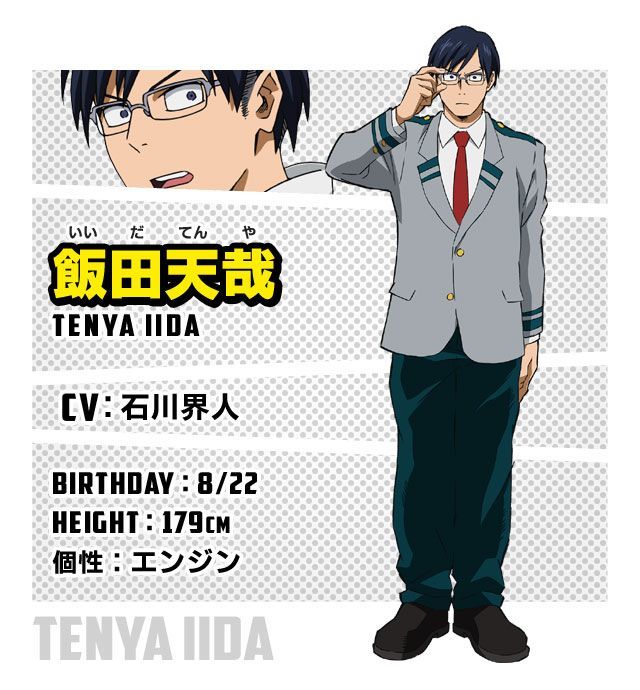 https://otakurepublic.com/product/tag_page.html?tags=176058
He is in Class 1-A at U.A. High School.
He is the class representative of Class 1-A who follows the rules and is a super serious student.
He is polite and makes efforts. His academic performance is always good. He has high ability as a Hero too. His Quirk is “Engine.” It manifests in the form of car-like engines in each of his calves, giving him incredible running speed, where he can run 50-meter distance in three seconds. If he utilizes that speed for kicking, he is able to destroy everything incredibly.
In case his glasses break, he has so many extra glasses. 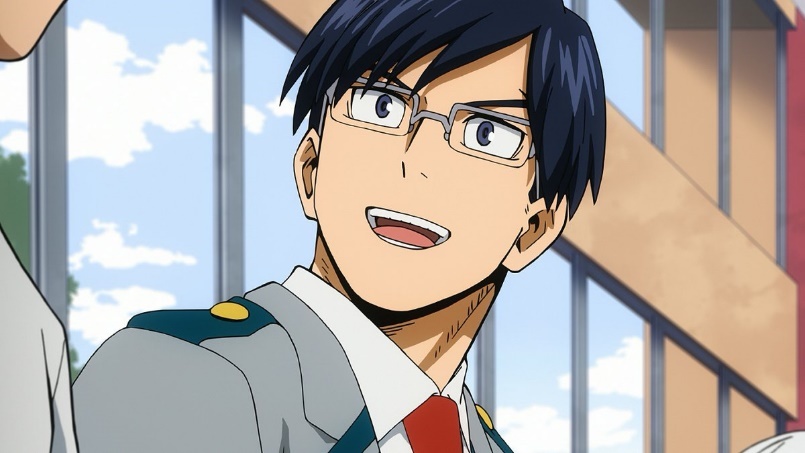 These two might be comfortable together because they both have hard-working and serious personality, not just getting along like Bakugou-Kun and Kirishima-Kun, mentioned above. In anime, we often see scenes, where they casually sit side by side and eat meals, which makes us think that they really get along well. 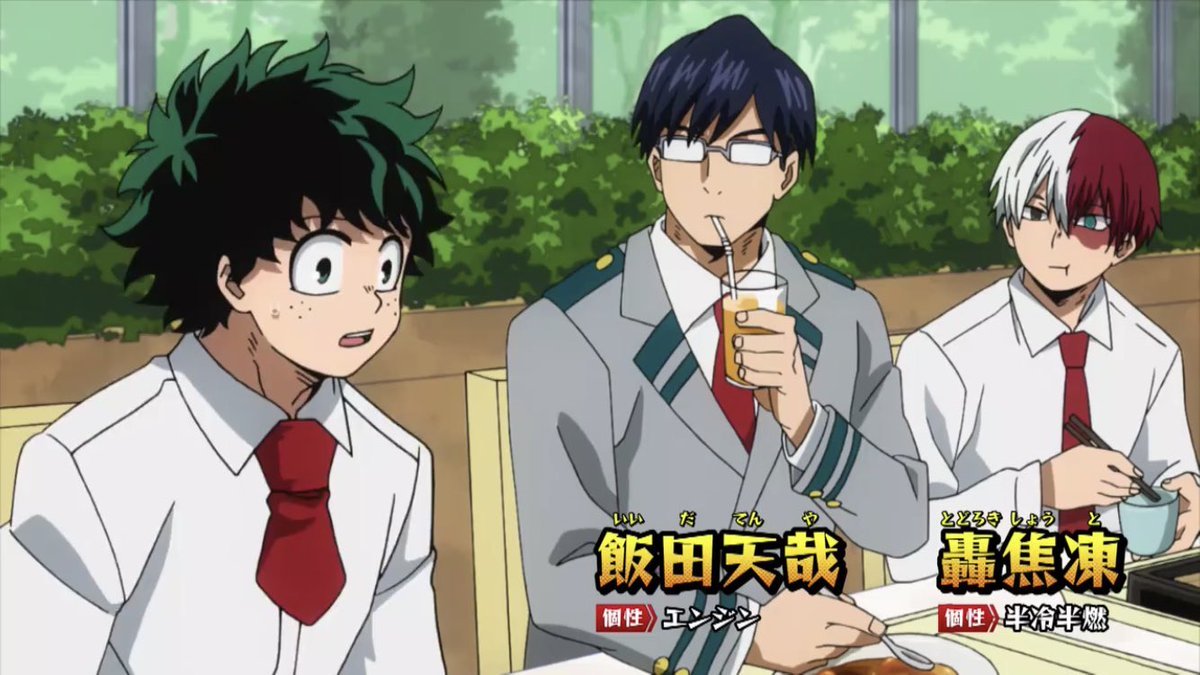 Actually, they have done a serious battle, which was a part of the Sports Festival’s event. Todoroki-Kun won but…… I bet they understand with each other without saying anything because they fought very seriously in that scene. 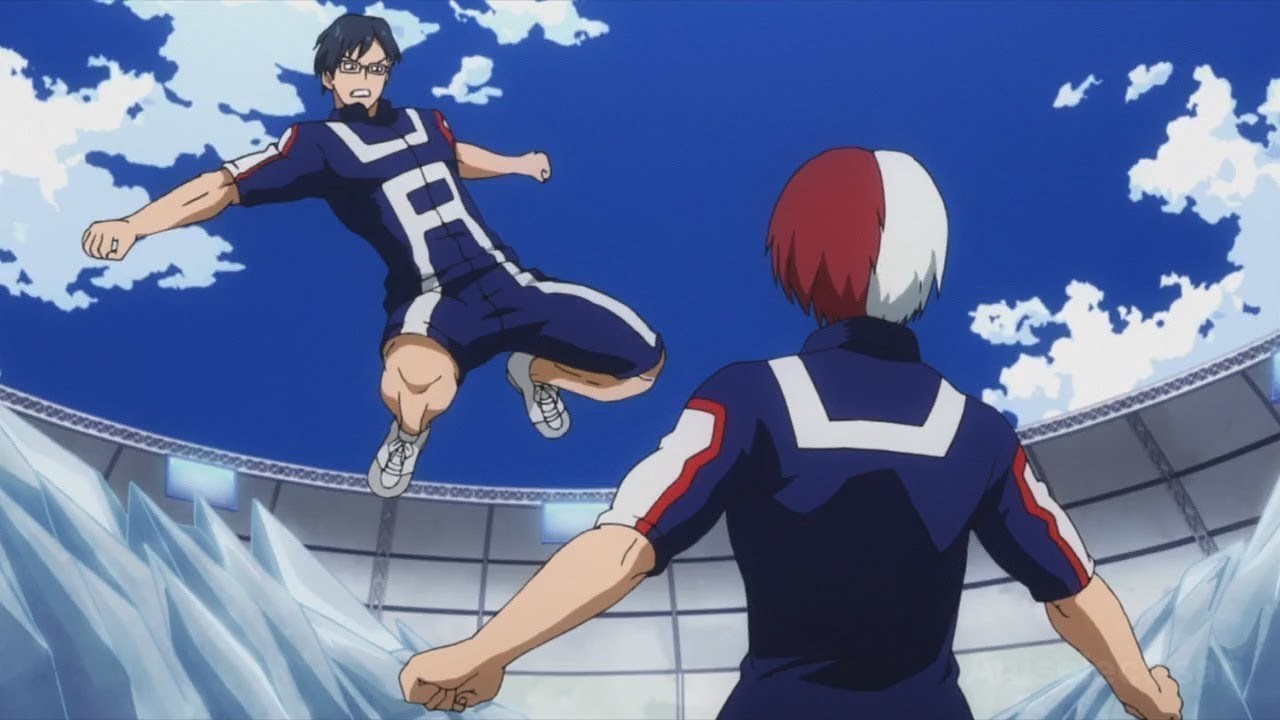 One of the best episodes about them is the battle against the villain, Stain…… Stain is a fatal opponent for Iida-Kun, and also the one Iida-Kun has to beat. However, Iida-Kun almost lost the battle because Stain was too powerful, when Todoroki-Kun and Deku-Kun showed up!

The battle against Stain and the words from Todoroki-Kun and Deku-Kun, chase away Iida-Kun’s struggle! Through this episode, many people ‘come to like this combination,’ I guess? This episode is such a passionate story with their unconditional friendship! 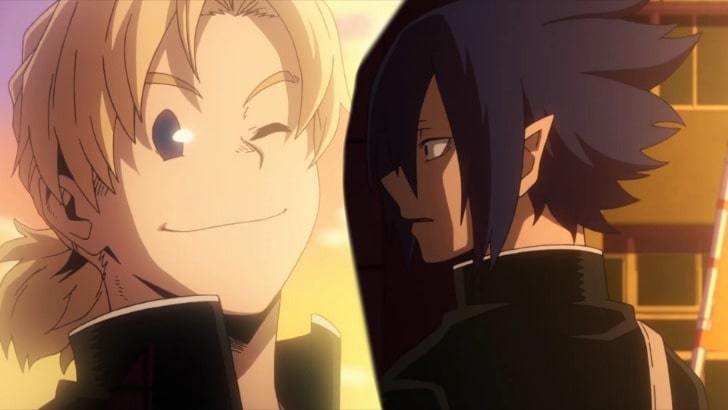 https://otakurepublic.com/product/tag_page.html?tags=516590
The relationship of the two: The best friends who admire each other. 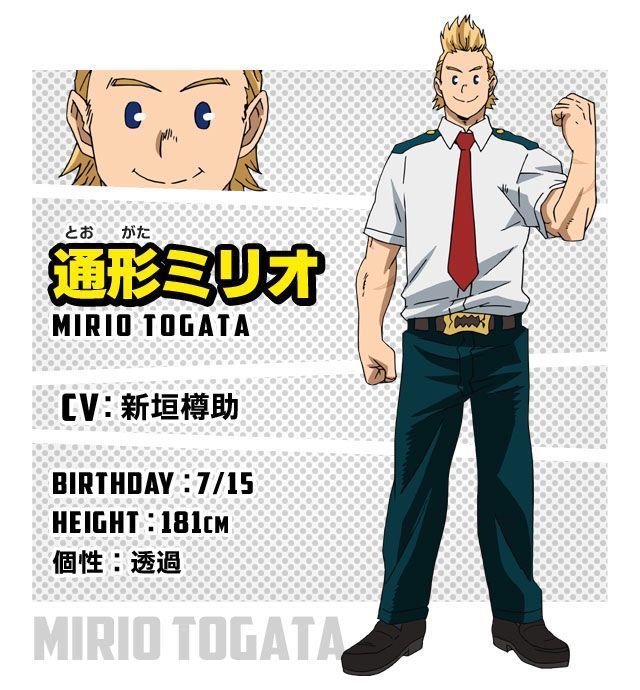 https://otakurepublic.com/product/tag_page.html?tags=516589
He is a student in Class 3-B at U.A. High School.
From his cheerful. energetic and fun personality with lots of smiles, making everybody comfortable, he’s like the “sun.” Even though he is in the 3rd grade, he has almost the same ability as or higher than the pro, he’s getting attention not only from those who are related with school but also from those in society.
His Quirk is “Permeation.” It allows him to become intangible, letting him pass through any tangible matter but incredibly delicate control is required. It’s such a powerful Quirk which can make everything invalid but at the same time, if he makes a mistake, he will “fall down” to the bottom of the earth. 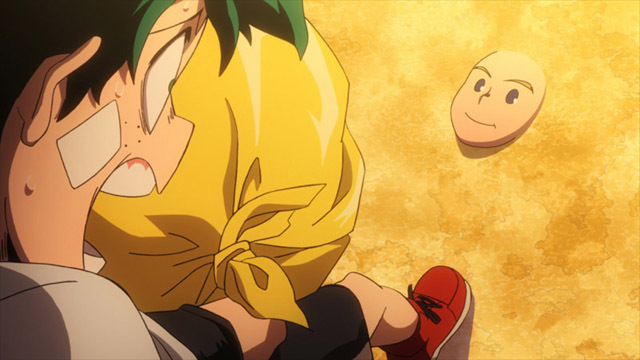 Who is Amajiki Tamaki? 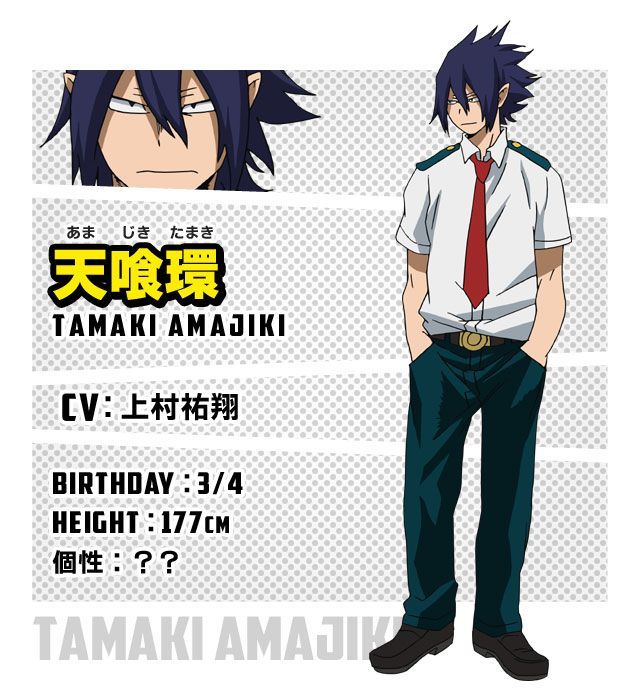 https://otakurepublic.com/product/tag_page.html?tags=470886
He is in Class 3-A at U.A. High School.
While he seems to be intimidating people and looks cool, he is actually weak mentally and has a negative way of thinking. He is too shy that he cannot see the eyes of people who he is talking to and his mind even goes blank.
However, he is excellent as a Hero and fighting skill is high as well. His Quirk is “Manifest.”
It grands him the ability to manifest the physical characteristics of anything he’s eaten; for example, if he eats chicken, he can have wings growing on his back, and if he eats octopus, he can transform his fingers into octopus tentacles. While he can have ability to apply his skills to various things, the precise control is required.

They both are U.A. High School’s proud powerful boys and are also childhood friends! When they were in the third grade, Tamaki-Kun was transferred to Toogata-Kun’s class. However, since Tamaki-Kun was so shy to talk in front of his classmates, he went back to his seat without giving everybody his completed self-introduction. Tamaki-Kun was disappointed at himself, not being able to make any friends…… when Toogata-Kun, who heard his uncompleted self-introduction, came to him. 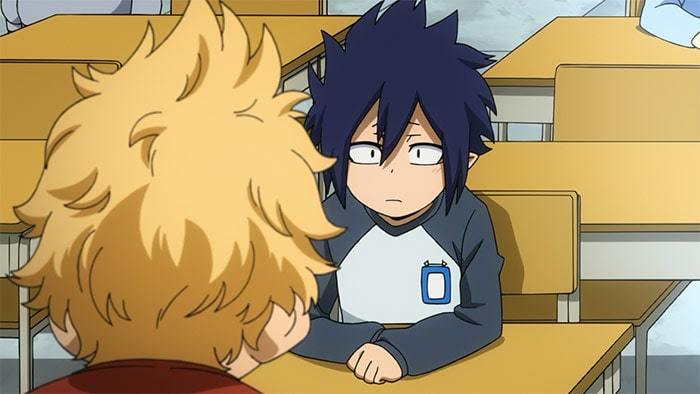 That’s how they started to get along and realize that their innate Quirks were strong. They also realized that ‘how difficult they control things.’ As for Tamaki-Kun, he easily gets nervous, and as for Toogata-Kun, his Quirk is hard to use. Tamaki-Kun admired Toogata-Kun, who was always positive, never giving up on anything. However, Toogata-Kun actually admired Tamaki-Kun.
“You easily get nervous so bad but you’re trying hard without giving up.
That’s why I want to be competitive with you.
That’s why I can try hard too.” 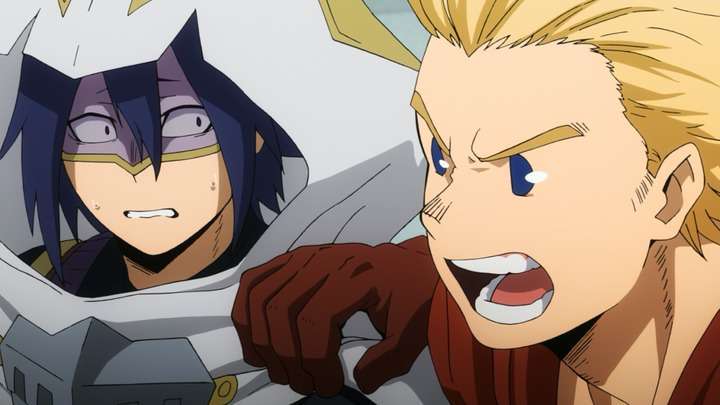 Already! This is all for today! I’ll see you all at the next article!
Bye now~!
Boku no Hero Academia (My Hero Academia)