Hello everyone. I want to travel somewhere but I can’t. So I’m enjoying watching one of the Winter 2021 Anime, Yuru Camp, as if I’m actually traveling. I’m Otaku Republic’s Boss. 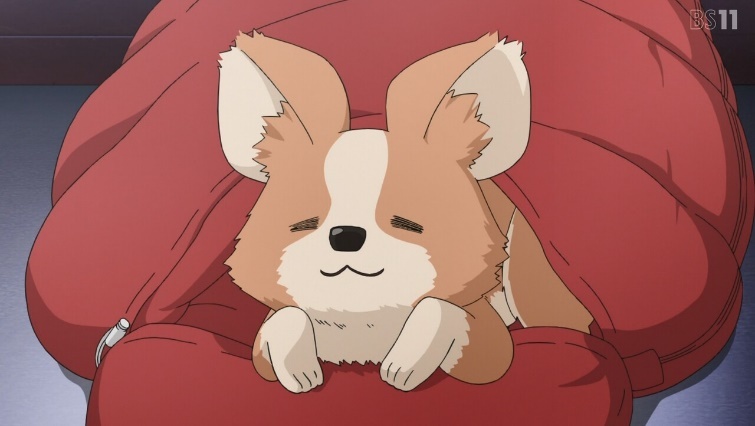 Hello everyone! Actually, I’ve been watching Yuru Camp too but…… I really think Winter 2021 Anime is full of fun anime series~! Now we’re in the end of February, all the stories have reached the other half! Can’t wait to watch the next episode for all the series, huh?

For those who haven’t watched it yet, please watch it! You can still catch up! It’s a now-hot original anime, going viral in Japanese social media! It’s now on air! 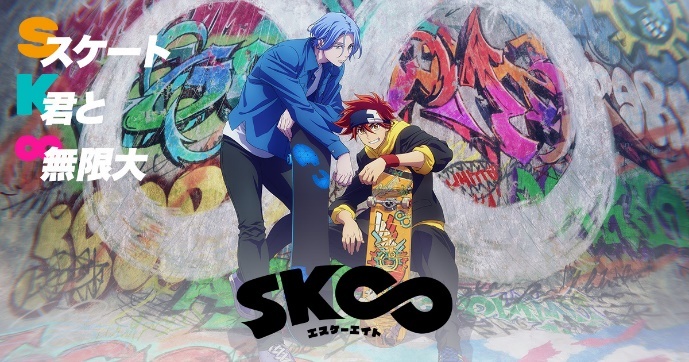 What Is SK∞ in the first place?

Mmm…… it looks like an anime about the stylish skateboarding? 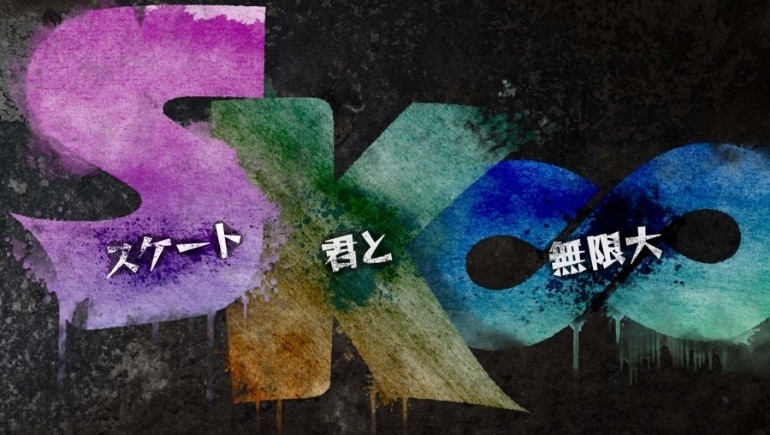 Maybe it means ‘Let’s do skateboarding together infinity……? Anyhow, it could be something like that.

By the way, this anime series is the original, therefore, you can catch up everything if you watch an anime series, now on air! The comicalized version has been released too but it’s more like a spinoff series so no further story is depicted in it!

Mini Chara Are Playing an Active Role!
Don’t Miss Out a Comicalized Version: Sk8 Chill Either! 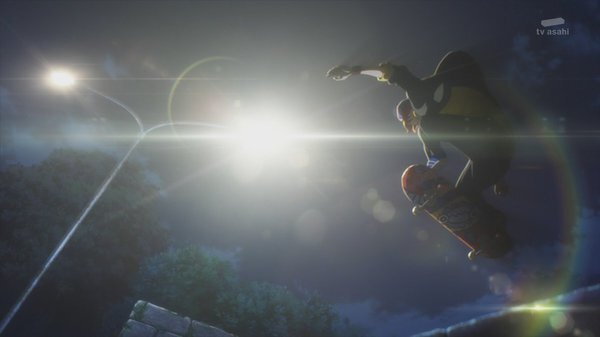 It’s an anime series whose theme is a fierce and gorgeous skateboarding race, which is set in a land of everlasting summer, Okinawa, located in the southern Japan! 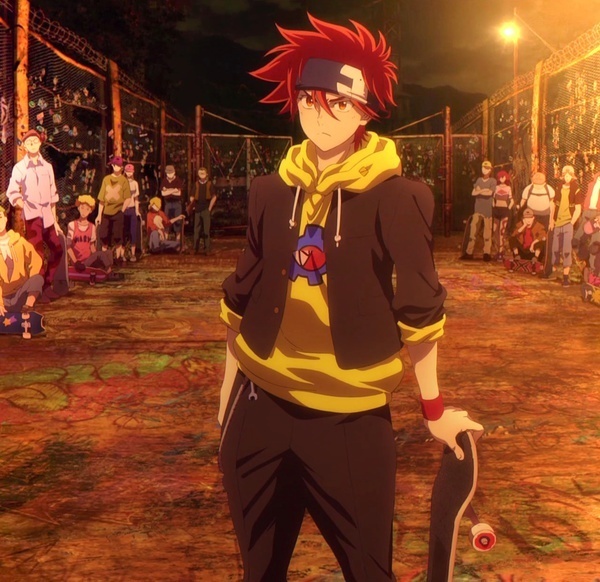 The main protagonist, Reki, is a high school boy who is passionate about skateboarding! He is now addicted to participating in a secret, no-holds-barred competition after midnight inside a mine! 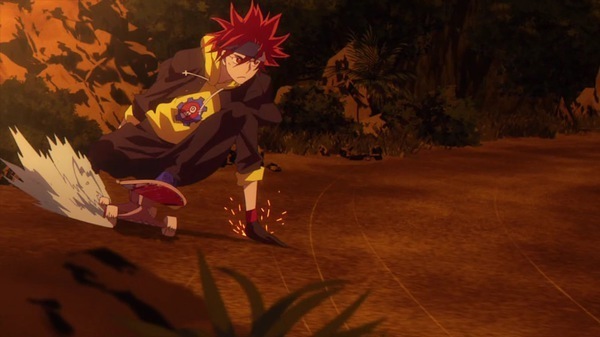 Wow~ I bet they can speed quite high……

Although Reki hasn’t participated in that race so often…… he ends up competing in the race, being provoked by Shadow, who is in charge of that mine race. 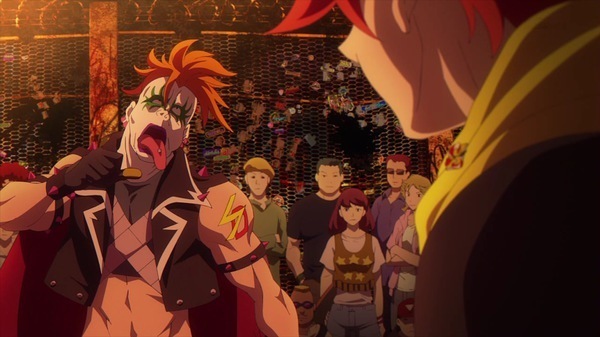 Wow. He is clearly a villain.

By the way, he is actually a gentle boy who works at the flower shop in the daytime so don’t think he’s that bad. 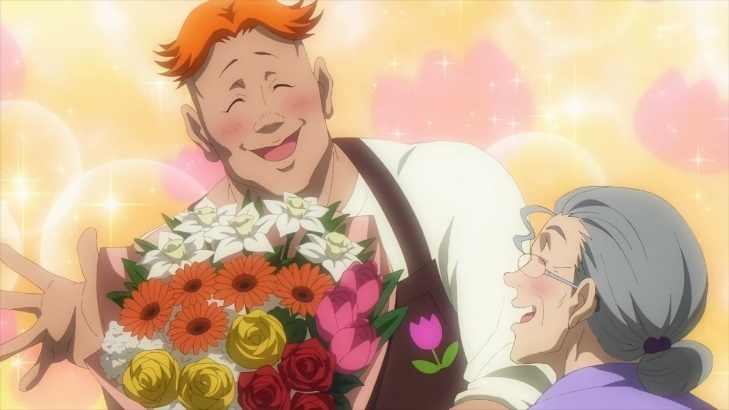 Wow. He does look sweet. I was wrong. He’s just pretending to be a villain, I guess.

The rule is simple. They skateboard down to the hill in the mine and those who reach the goal first can win! All the participants skateboard together, which means…… 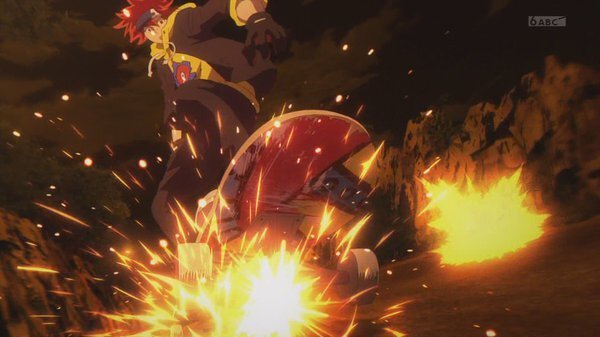 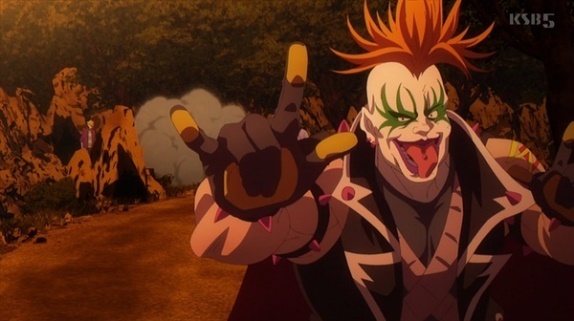 Of course, they interfere with each other! When Shadow takes the lead, he spreads the firecrackers toward Reki, who is chasing him!

What a bad boy! Can’t forgive him! Such a villain! 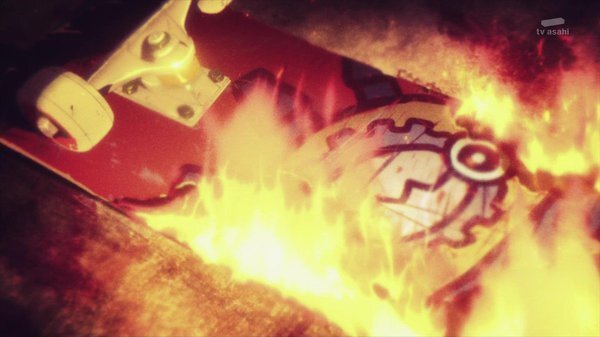 Reki is disappointed that his skateboard was burned due to his loss…… Meanwhile, one student is transferred to Reki’s class! He’s from a boy from Canada, named Langa! 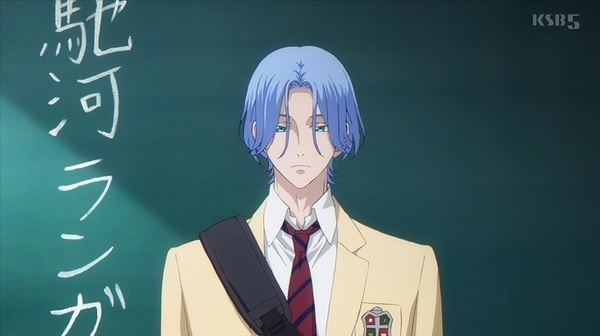 I can tell he is good at skateboarding.

While they are at school, Reki never talks to him but…… Langa, who is going home, sees Reki, who is getting ready for another race with his old skateboard to revenge on him. And Langa tries skateboarding with that board…… 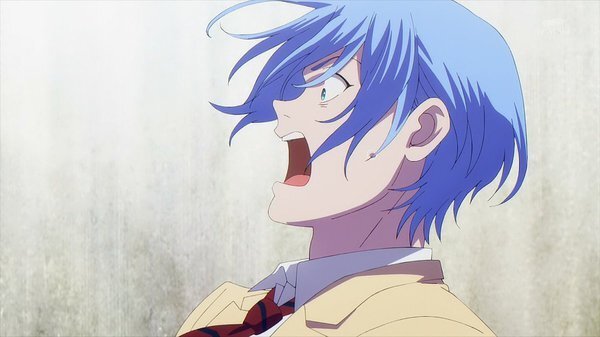 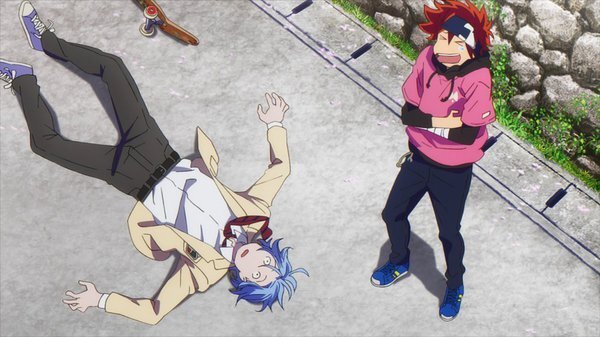 Oops, he fell down……

Langa confesses that he hasn’t skateboarded before and ‘his body is not made to keep a good balance.’ They now get closer to each other. Since Langa is looking for a part-time job, Reki gives him info about the skateboard shop. 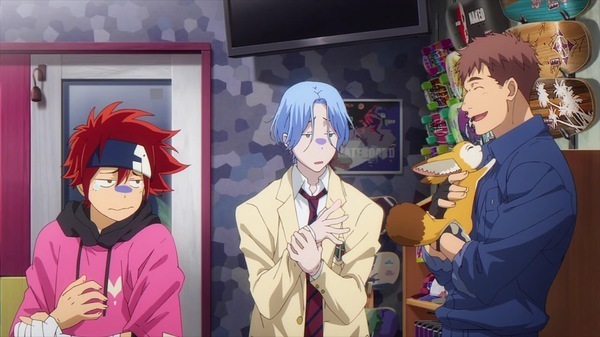 In time, they start to understand skateboarding and start to get along well. 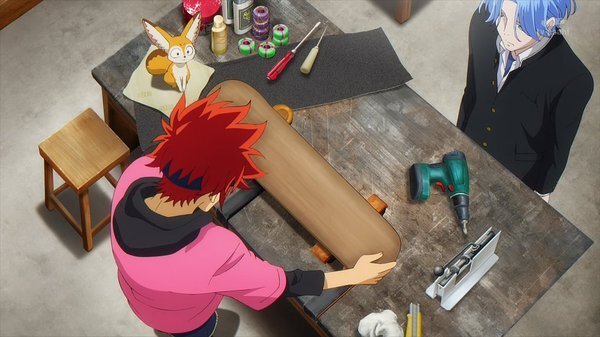 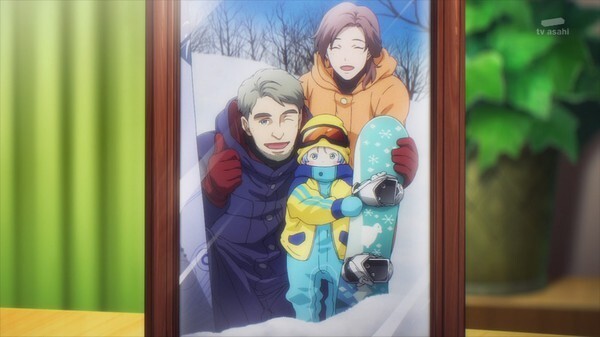 And finally, they decide to go watch the race in the mine! …… Actually, Langa had to deliver a skateboard which one of the customers of the skateboarding shop (who was then in the mine) has ordered. 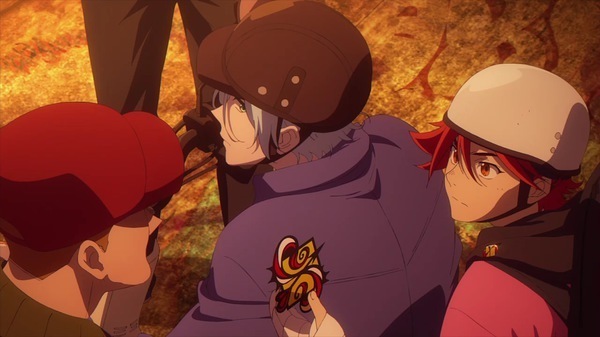 However, the one he brought was Reki’s old skateboard! The customer, who was going to compete against Shadow, got furious, telling Langa to participate in the race for him since he thought he would lose it! 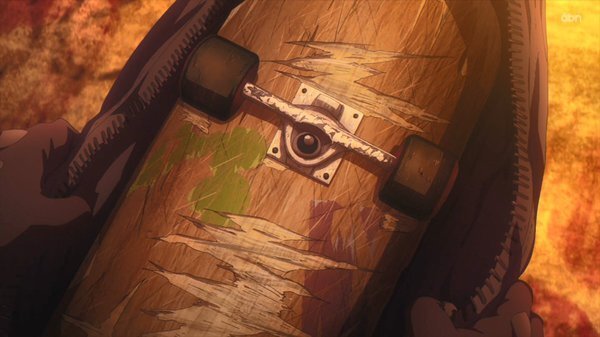 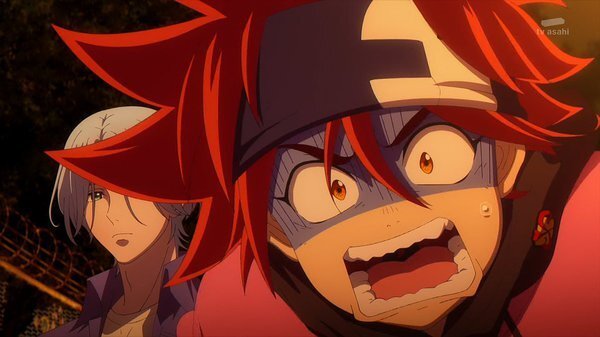 Mmm. I understand what the customer means but it’s ridiculous……

Accepting the request form the customer…… 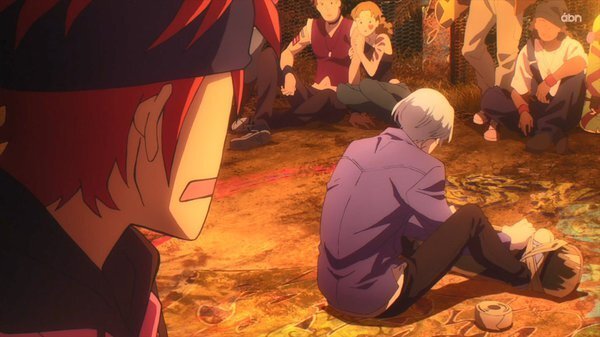 Guess what? Langa takes a responsibility and decides to participate in the race!

Whaat? Has he gotten better on skateboarding!?

Nope! However, Langa is now getting ready for the race. He has his feet fix with the skateboard, wrapping around them with a string so the feet can stick to the board. That’s as if…… 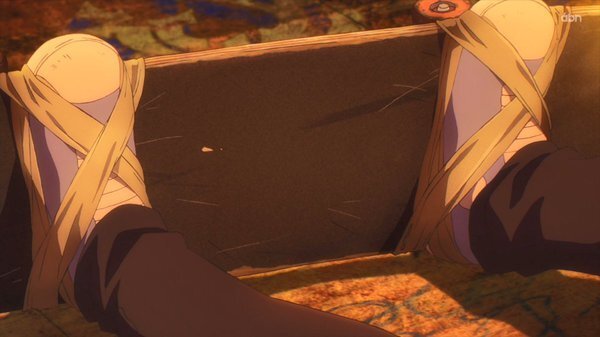 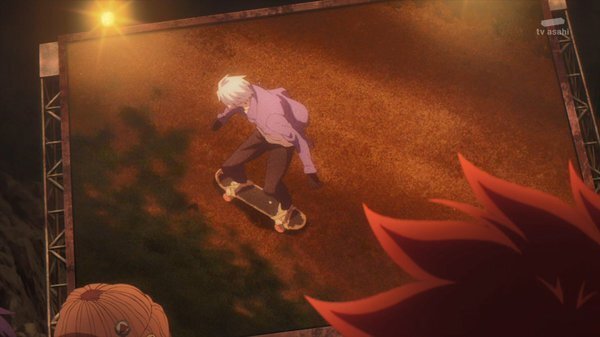 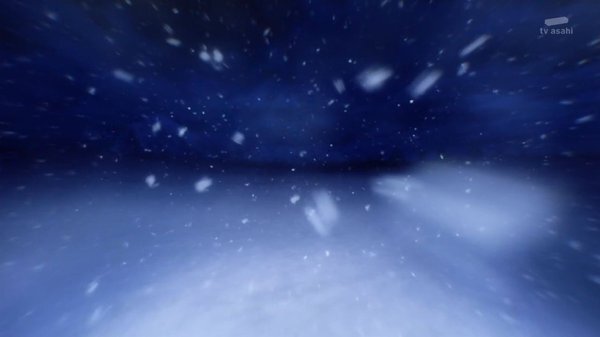 he was snowboarding with his feet fixed! 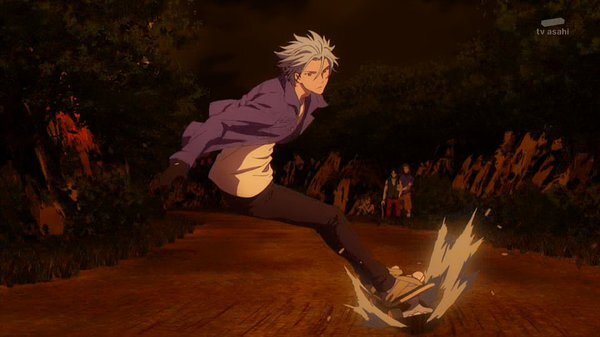 Which, Shadow or Langa, will win that race? What is a secret hidden in Langa……!? 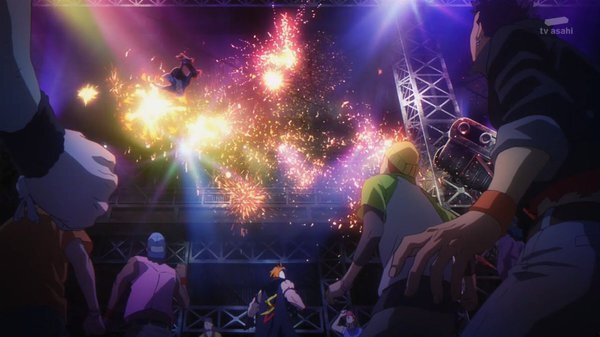 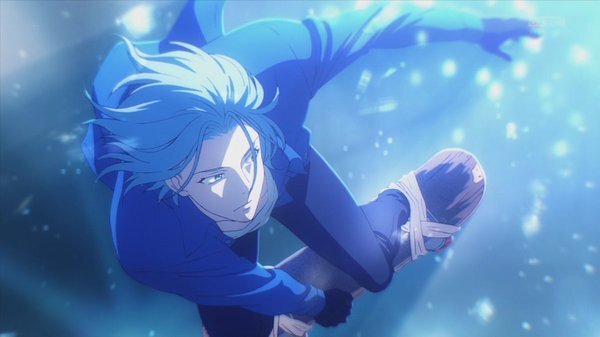 The one, who is in charge of this anime , is bones. Inc, which has also produced Boku no Hero Academia (My Hero Academia) or Bungou Stray Dongs! So for those who haven’t watched it, catch it up now! And for those who’s been watching, let’s watch it until the final episode!

I think I will watch it! I usually want to read the original first, however, this time, this anime is the original and we never know what’s gonna happen next, which is so exciting, huh?

Alright now! This is all for today! We’ll see you all at the next article!
Bye now~!