Hello everyone! Speaking of the Snow White, it’s the Seven Dwarfs! It’s Saori from Otaku Republic!

So today! We’ll be featuring the outline of Chapter 5 of Twisted Wonderland, which is coming to an end this month! (No spoiler during the climax included)

Because there’s my oshi (my favorite character) in Chapter 5! 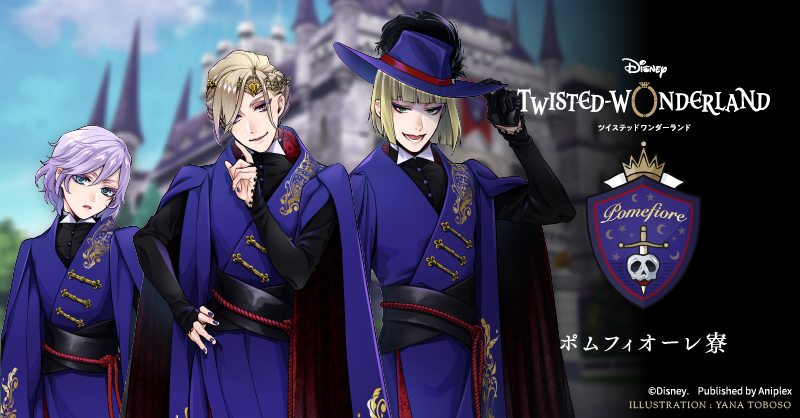 【Twisted Wonderland】
Chapter 5 Coming To An End!
Here’s a Pomefiore’s Story with Beauty and Strength! 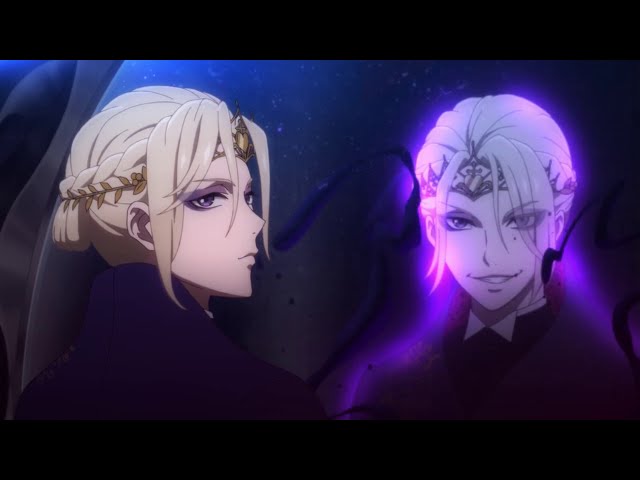 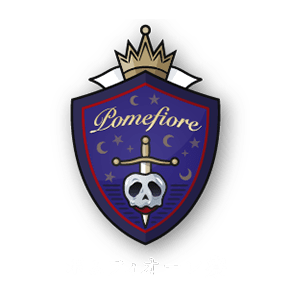 It’s the dorm founded on the unrelenting efforts of the Beautiful Queen.
The students who yearn for the mind of the “Beautiful Queen,” who is one of the Seven Great, who existed in the different world, Twisted Wonderland, or the ones who are inspired by her mind, are assigned in this dorm.
It’s the oldest and the most historical dorm in magic school, Night Raven College. Most students assigned here not only look beautiful but are motivated to have good behavior or spirit.
To qualify for the position of the leader, traditionally, a student must be able to make the deadliest poison out of their peers.

In the main scenario of Twisted Wonderland, the story focuses on how characters feel the worldview through various cases and events that occur in the seven dorms. In Chapter 5, the story is especially focusing on this Pomefiore dorm! 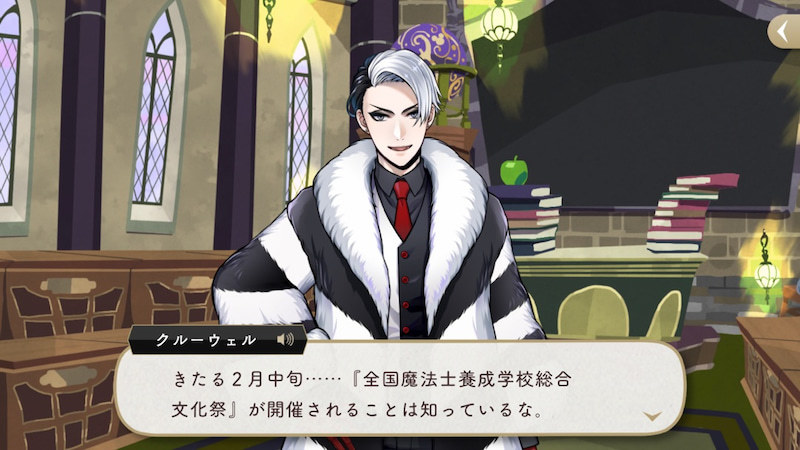 The story is set when the winter holiday is over, the mid of February.
In the different world, Twisted Wonderland, they schedule to hold the Nationwide Magical School Joint Cultural Festival. It’s one of the biggest events in Twisted Wonderland and the venue this year is Night Raven College.
Nationwide Magical School Joint Cultural Festival’s hottest project is “Vocal & Dance Championship” (VDC)! It’s the contest, where students of magic school compete through singing and dancing. The winner will be promised to get a big prize and have a gorgeous debut in the entertaining industry.

The head of Pomefiore dorm, Vil Schoenheit, who is also a worldly famous actor and model, the vice head of Pomofiore, Rook Hunt, and Epel Felmier, a 1st year student, are scheduled to participate in the contest.
Rook Hunt 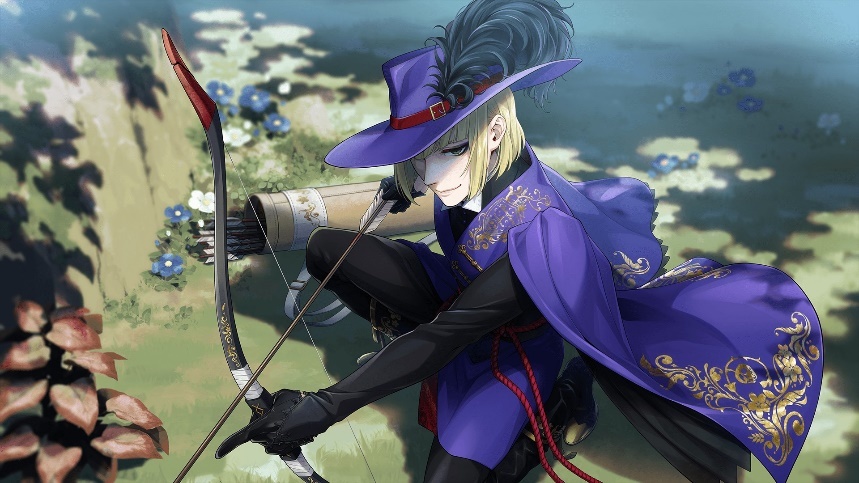 The audition for participating the contest was held! Who got chosen……? 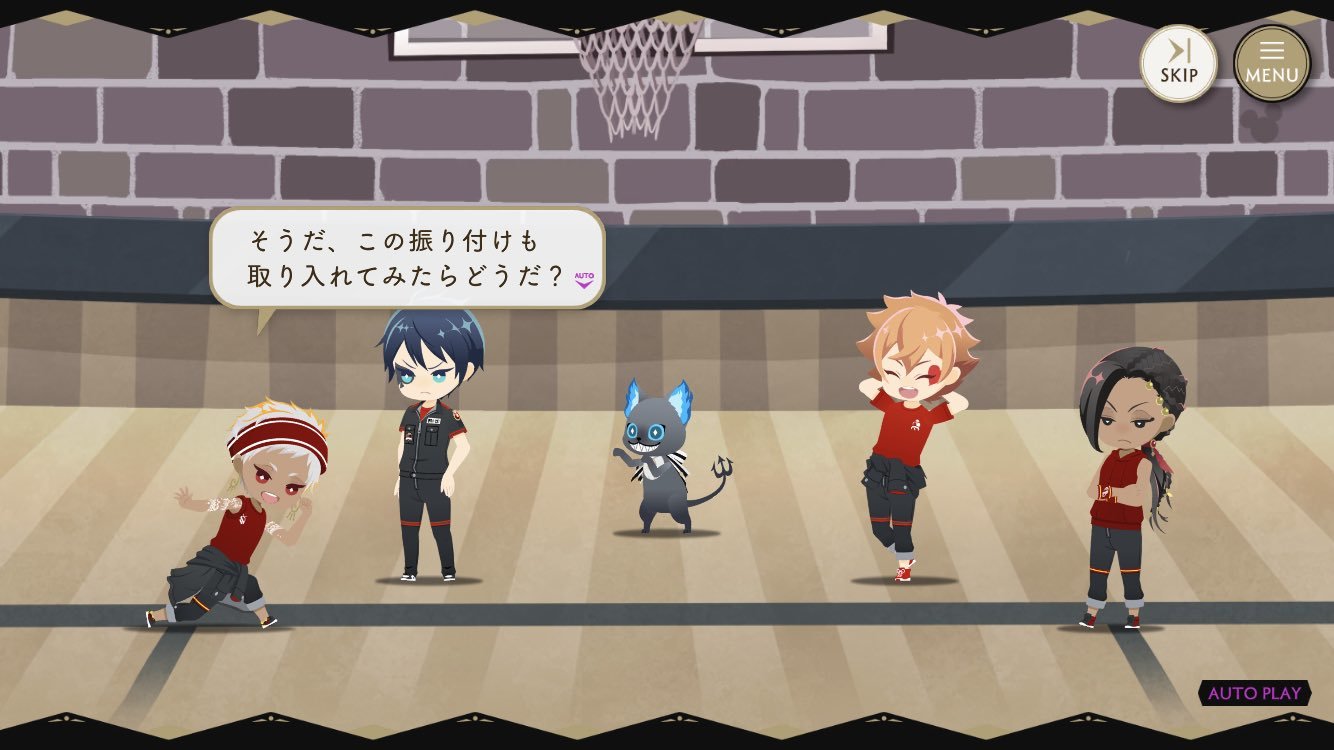 Now that everybody knows that Vil Schoenheit, who is super famous, will participate in VDC, it’s getting so much attention not only from school but also outside of school. Vil and other participants have decided to look for other candidates of participants in the audition. Various students, wanting to get the prize, thinking it sounds fun, join the audition but……

Rook Hunt gives all the students who join the audition 100 scores.
Vil Schoenheit even asks him if he is really serious about choosing, and Rook Hunt says, smiling:
“Being perfect is always beautiful but being incomplete can be called beaty too.”

Vil Schoenheit is just stunned by what Rook Hunt says. However, Vil, a perfectionist, chooses four students who look energetic while they’re not so good at dancing. The four chosen members are Ace Trappola, Deuce Spade, Kalim Al-Asim and Jamil Viper. 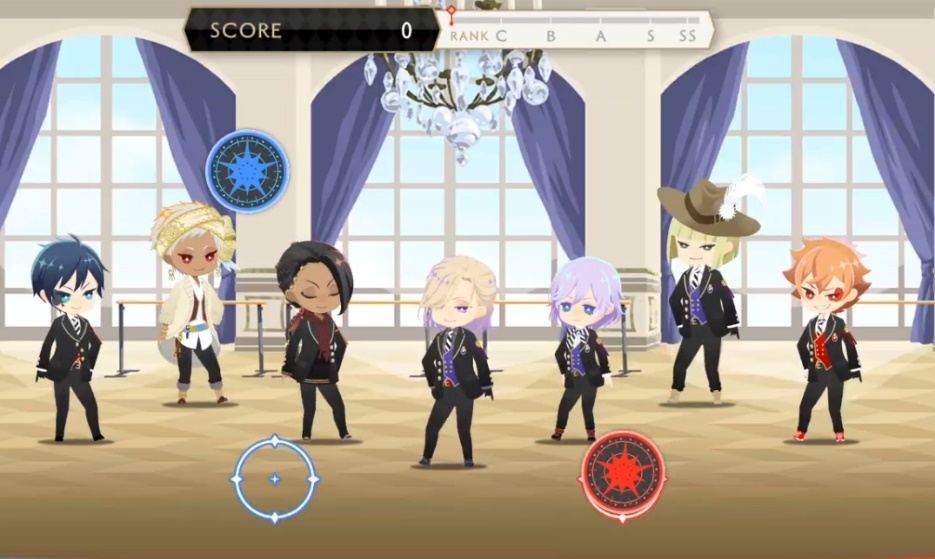 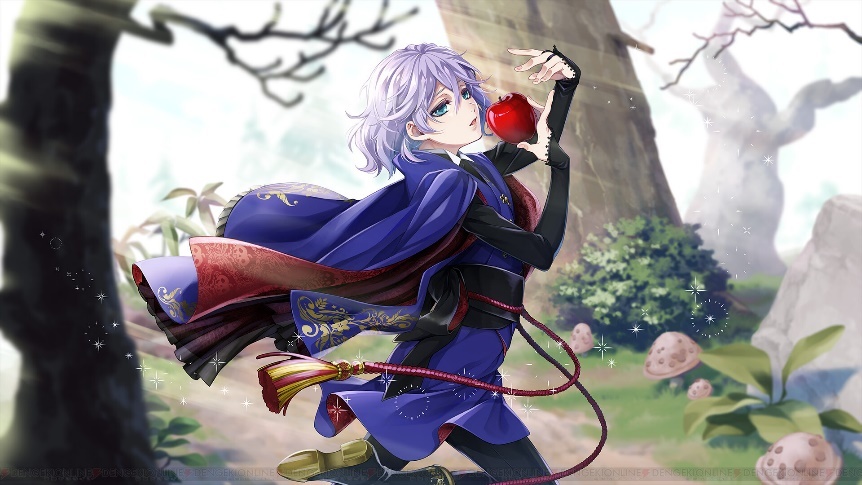 Nowt 7 members start to practice! But Epel and Deuce are worried……?

Now all the 7 members to participate are decided, they start a training camp to aim for winning at VDC.
While each member is trying hard, practicing dancing and singing, Epel Felmier stops practicing.
“What I want to be is a big, strong and powerful man, not a weak man!”
He doesn’t like the dance, which he is assigned, because it’s too lady-like. He says it’s too embarrassing. Actually, Epel is forced to participate in VDC by Vil, not wanting to participate at his own will in the first place.
“I just can’t believe it. You are talking as if the ‘adorableness’ is one thing and the ‘strength’ is another…… but the essence of both are equally the ‘power.’ Dance cannot be classified as the one for females and the one for males. The same thing can be said to the ‘adorableness’ and the ‘strength.’ If you don’t get this, you can never beat me for good.”

Now, Epel challenges to Vil.
If he wins, he has to accept what he asks.
Vil willingly accepts the challenge, and ends up completely beating him.
“All right. I won. You’re neither adorable nor strong. You’re half-way. You can never beat me for good.”
Epel, frustrating and not being able to respond to him, leaves the training field. Duece chases Epel and other members takes a break.

Just understand the power you have and what you have since born and accept them, just because anybody is perfect.

Epel and Deuce come to the beach.
Both Epel and Deuce have been disappointed about themselves, not being able to catch up with other members. Epel is not able to be stronger than he expects. Deuce is clumsy, while hoping to be better at everything. They both cannot become what they want to be. They share their worries with each other, making them smile a little.

Then Deuce confesses to Epel:
“The adorableness and the strength. They look different but I think that they both are equally the power, which can knock down the other side. It doesn’t mean only the strength can be the ‘power.’ Beauty and adorableness can also attract people and they can be the ‘power,’ which can knock down the other side even without having them touch by their hands.”
“Epel, you were born with such a beautiful appearance. If you don’t mine, just admit, accept and that your ‘adorableness’ is your weapon and brush it even more, which will lead to the ‘power,’ which will surely attract many people. And that might be even beyond Vil in time?”
Epel nods, listening to his words.
“It’s a little complicated that I accept the ‘adorableness,’ which has been my complex but…… if the ‘adorableness’ is my innate weapon, then I want to admit it. I might not be able to look like this any longer since I might be taller or even have a beard next year……”
“Then I should just accept the ‘adorableness’ as my weapon in this moment and make Vil kneel down and knock down! I’m gonna have Vil admit the ‘adorableness’ as my strength, which I innately have!”
Then all Epel’s worries are gone and they apologize for having left the training field to other members. Vil, complaining a little, decides to forgive Epel, knowing he’s not struggling any more.

The day of VDC has finally come. There, they see a fatal rival of Vil…… 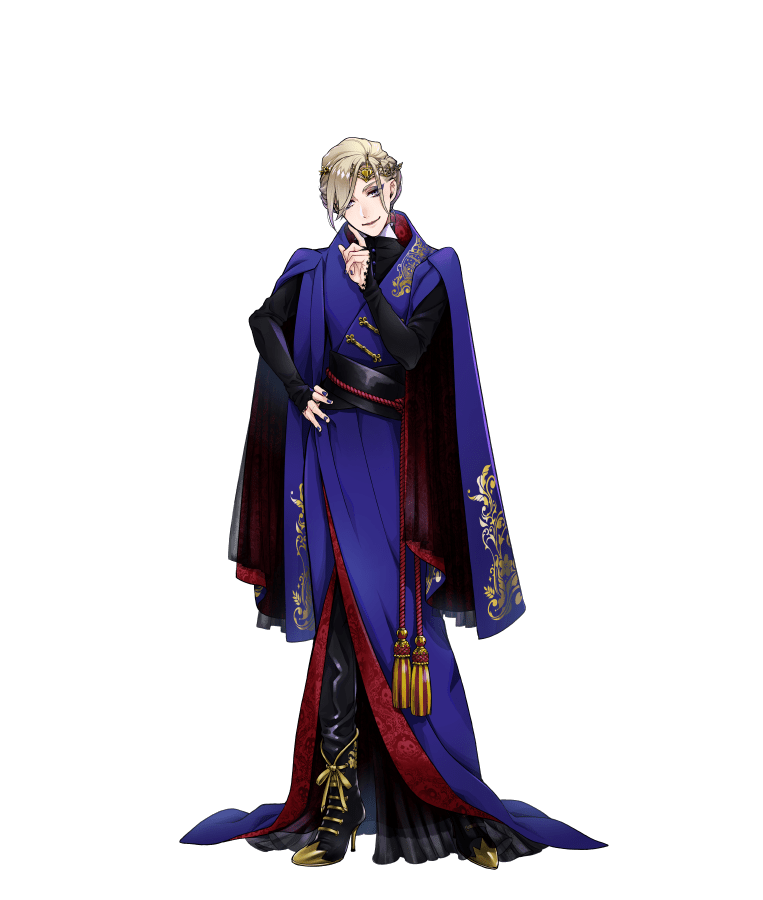 https://otakurepublic.com/product/tag_page.html?tags=712777
Now Epel’s worries are gone, the singing and dancing of these seven are almost perfect.
In the venue of VDC, they see Neige LeBlanche, who is a worldly famous actress and model, just like Vil. 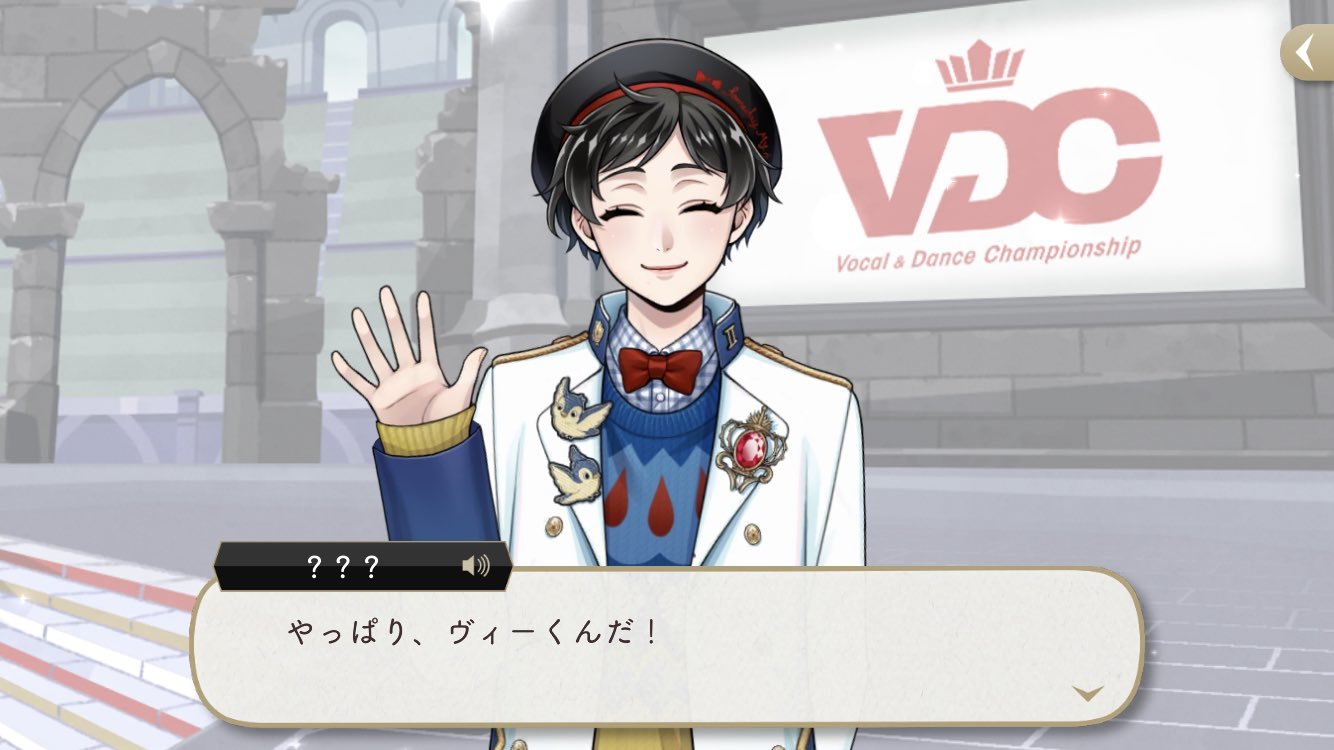 Both Vil and Neige have been actor and actress since children, knowing each other. However, somehow Vil, having overwhelming beauty and charisma, mostly play the “villains,” while Neige, being very pure, adorable and friendly, play the “main protagonist.” Any work that they appear always go viral and be loved.
However, Vil is struggling at the same time.
Vil always has to play the villains. However beautiful he becomes, and how much he listens to any demands, the villain, himself, “cannot stay in the stage until the end.” As a villain, he can just watch over how the main protagonist leads the story to a happy ending, from the side if the stage. 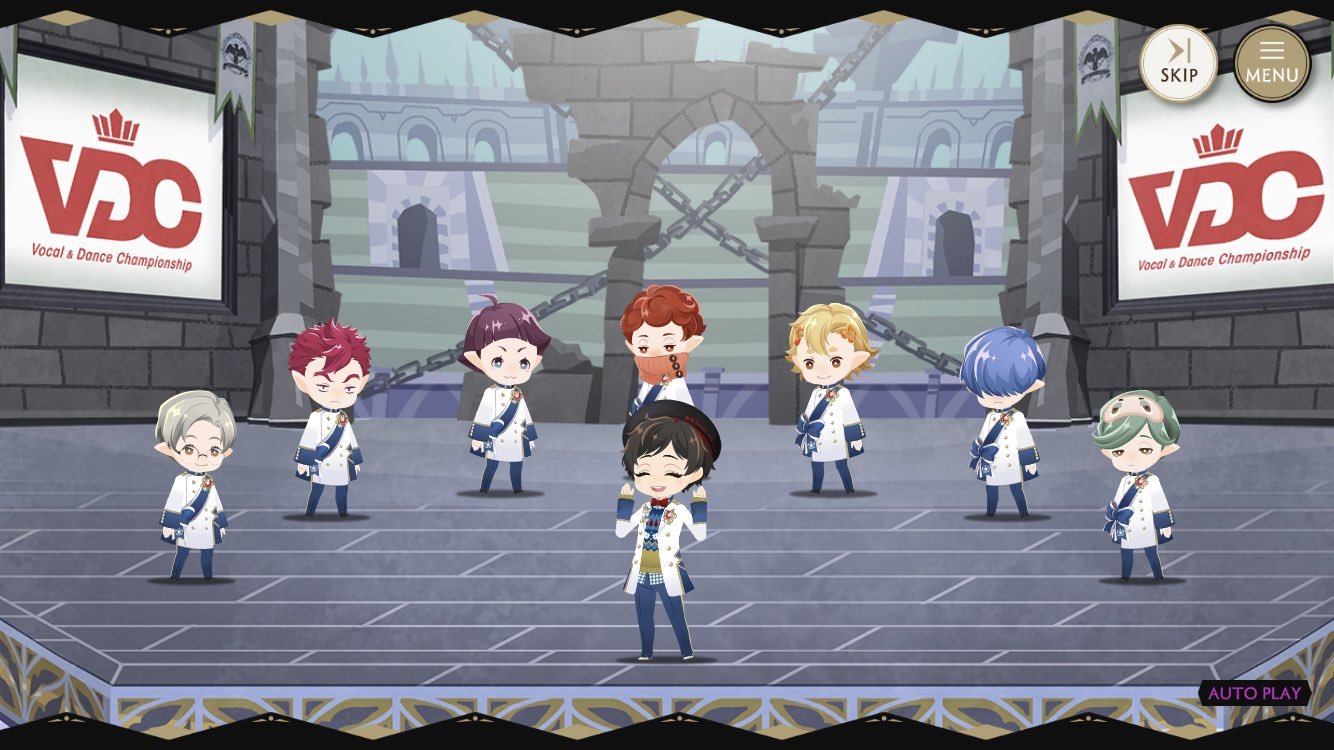 The rehearsal starts before the contest begins.
Vil’s team performs such a flawless dancing and singing with high-school students’ like atmosphere. On the contrary, Neige performs cheerful and fun singing and dancing, although she sometimes makes a mistake. All the staff really liked Vil’s team at first, but then they start to give Neige more compliments as soon as they see Neige’s performance. 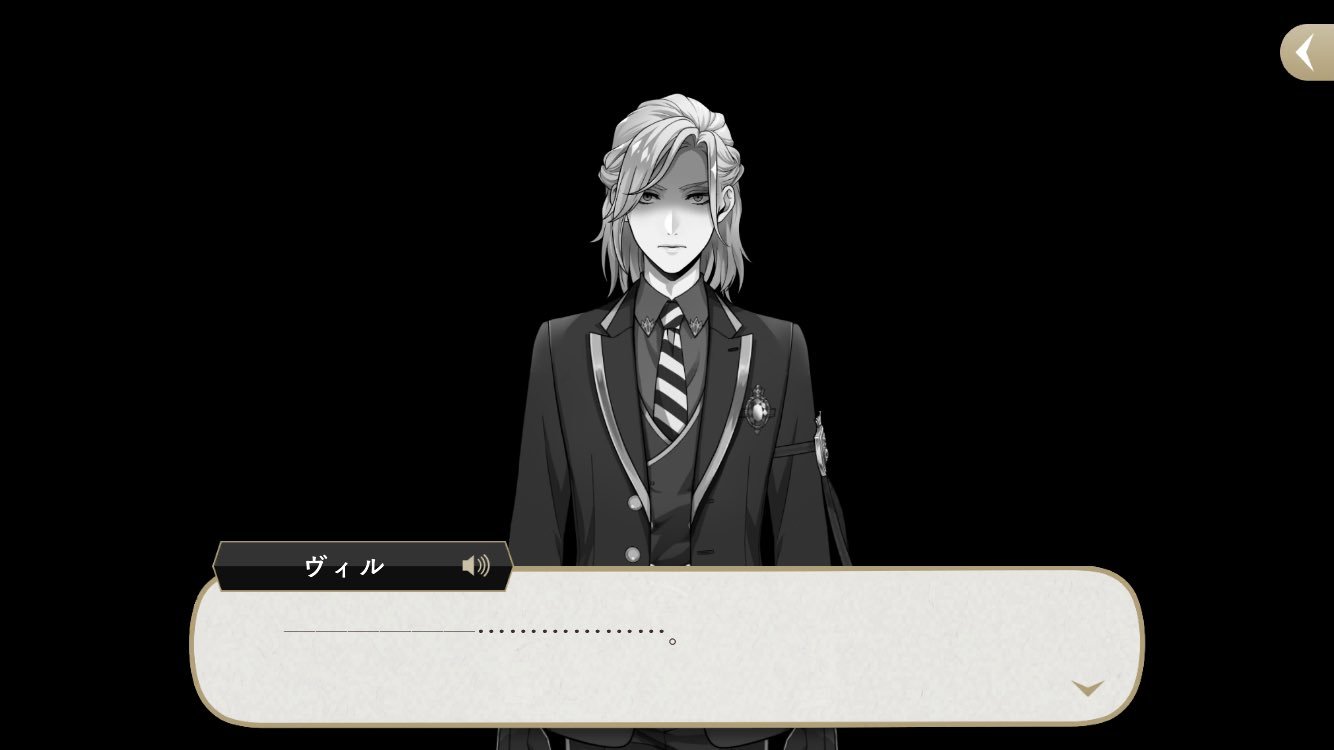 I want to be the main protagonist, staying on the stage until the end at least at this VDC stage. To make it come true, I’ve accepted everything such as efforts, struggles, patience……
However, Vil “realizes” that he cannot make it come true while doing a rehearsal. He “understands” that Neige is always the one that is chosen, not him.

After the rehearsal, Vil visits Neige. Neige is alone after all her friends are gone to enjoy the stores set up for the cultural festival.
“…… Okay, you’re alone, huh?”
“Well, Neige…… you’re not thirsty? I’ll give you a sweet and delicious apple juice.” 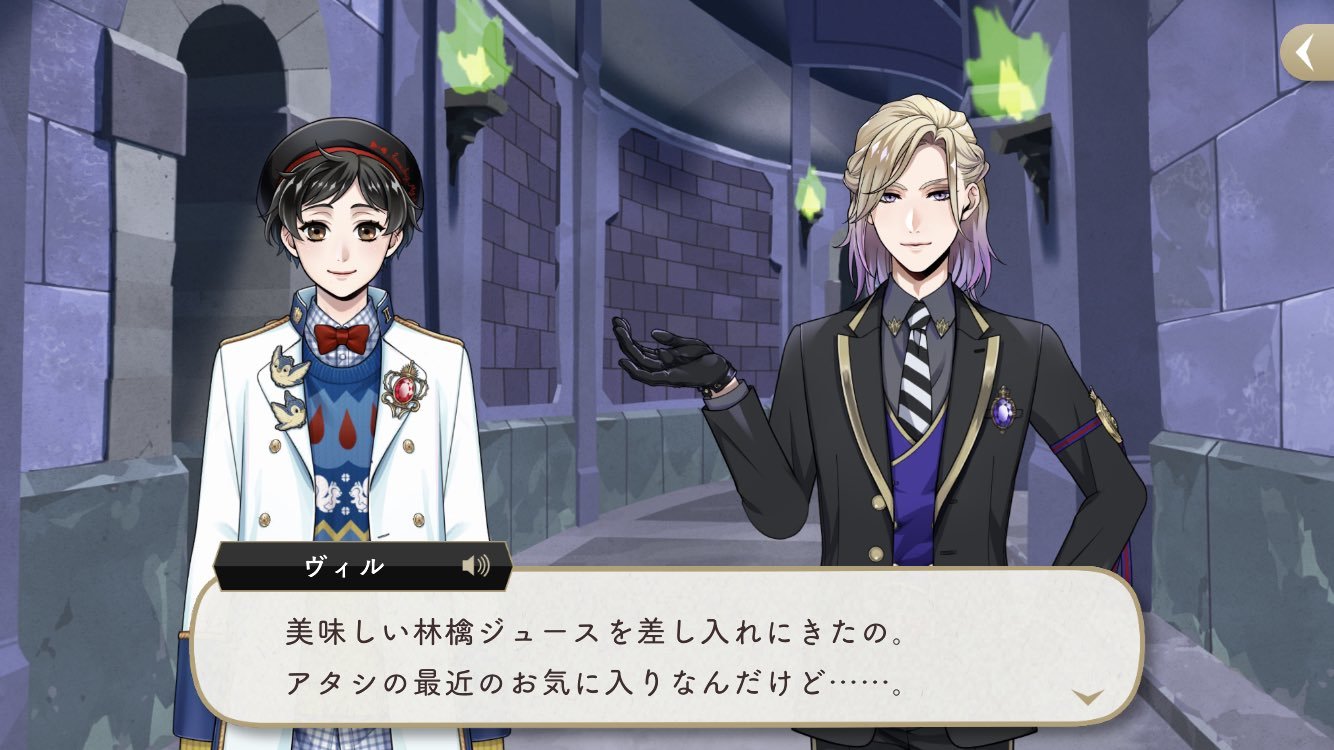 Well…… I see various scenes, containing an homage to the movie, Snow White.

Right. I love Vil-Sama, one of the main characters of this story. He always makes efforts to be beautiful and perfect. He is strict to both himself and others. He never likes to be lazy and his ideals or goals are too high but…… it doesn’t mean he isn’t kind. He gives advice to those who can’t succeed even though they make efforts. While he never gives in too easily, he tries to make anything perfect when he’s asked. He is that kind of a nice person. I love the way Vil-Sama lives, where he tries to be beautiful both inside and outside.

So that means the end of this Chapter 5 is a little sad?

Yes, it is. But that’s why I want to watch over it until the end……! I strongly think this way. Please try to check it out and see how the climax is going to be!

Alright now! This is all for today! We’ll see you all at the next article! Bye now~!
Twisted Wonderland, Rook Hunt, Vil Schoenheit, Epel Felmier