Hello, guys!  Here is the new segment which we just started, ‘Today’s puppy’!

The first puppy which we’ll introduce to you is the lovely dog,

‘LOVE-Chan’, whose owner is the president of Otaku Republic! 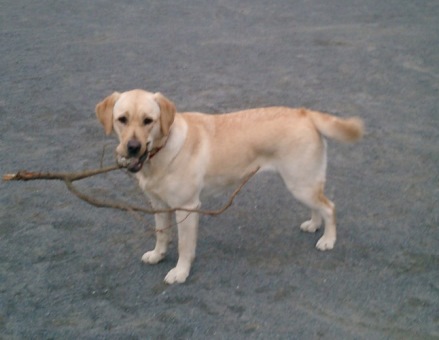 LOVE（Nickname：LOVE-KO ; KO is often used when we name girl’ babies in Japan）

She is a girl who loves people, is so playful and energetic.

She’s adorable when she always follows us wherever we go.

She’s such a spoiled girl that she is always sulking when nobody’s around. (By our boss) 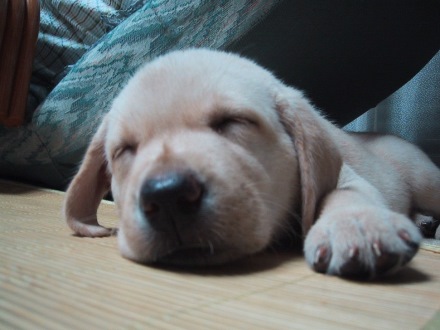 This is the one when she just got his house.

She was just born then and she looks just like an angel, doesn’t she? 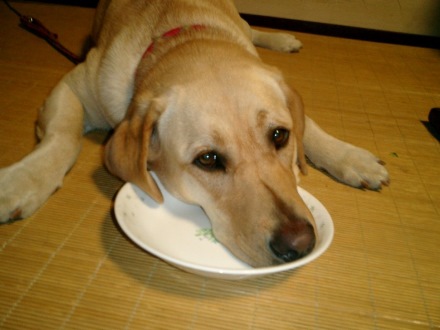 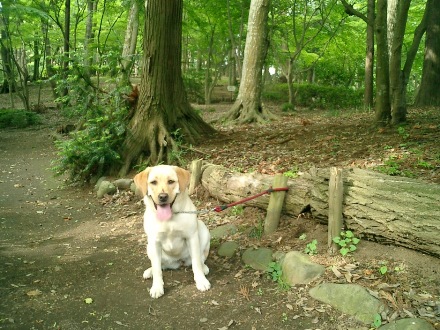 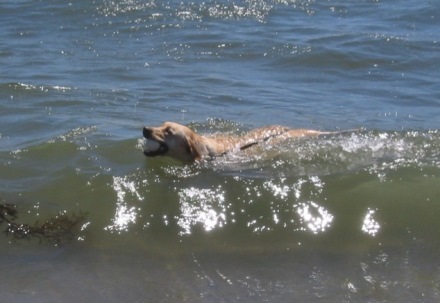 She is with us wherever we go!

Since she always enjoys herself playing cheerfully, she is super happy! 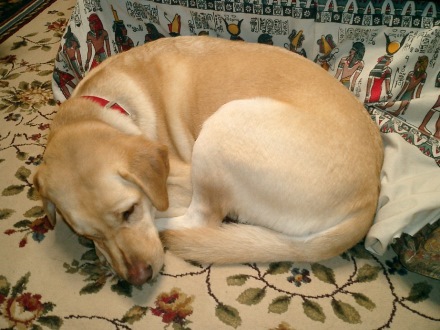 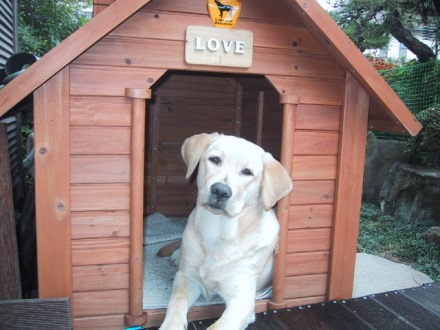 What a nice house she has!  It even has a name plate, so cute!

Even though she always stays inside of our house, she is sometimes in her own house especially,

when it’s sunny outside.  What a gentle face she has.

I’ve heard that LOVE-Chan is so friendly that she sometimes carries his daughter on her back!

He’s rather a fond parent ~ as we can see all the comments about her!

As her name, she ‘always LOVES many people and is always LOVED by them too’!

Ok now, this is all for ‘Today’s puppy’ this time!  Look forward to the next puppy, ok?

What about Saori’s Press this time...? 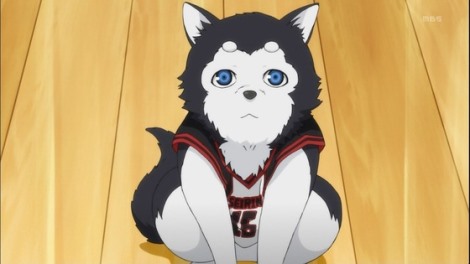 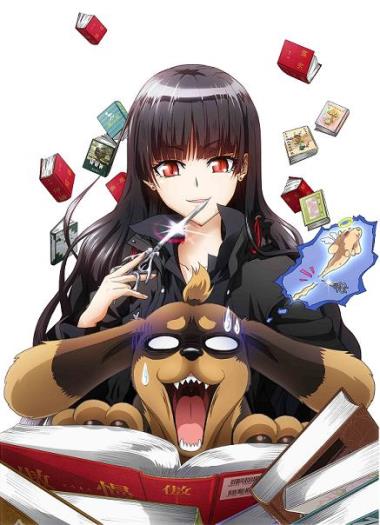 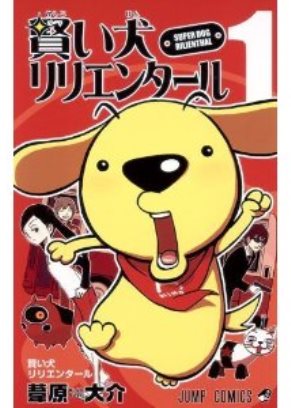 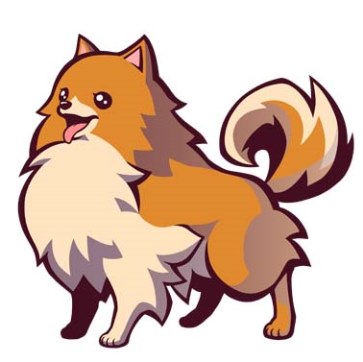 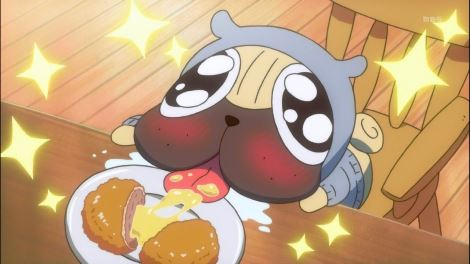 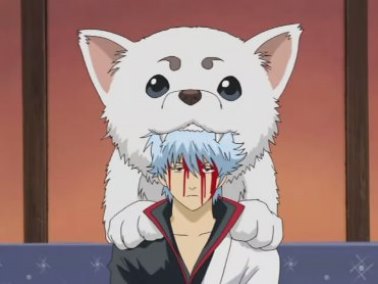 Here are all the mascot puppies which represent Hesei (Japanese present era’s name)!!

They are all so adorable and fluffy and they never try to bite people!!!

Excuse me..., but can you say that again after you see the last one you just showed to us...?

Here is the criteria for them to be chosen as mascot puppies!

‘If they are adorable enough to be lost in the battle with Saori, then they get chosen.’

Excuse me..., but can you say that again after you see the last one you just showed to us...?

I’m strong enough to send a wild snake away with a stick crying, when I happen to see the one on the street!

By the way, did anybody notice the names of the puppies in the pictures?  Did you wonder about them...?

Yes, Harumi Kazuhito-Kun of Dog & Scissors, whom I just introduced, used to be a human, actually... 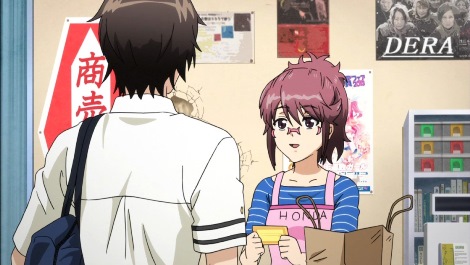 He used to be a weird student who liked reading books rather than eating meals. 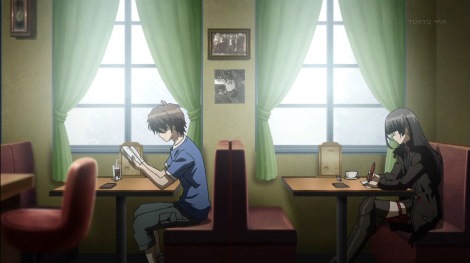 He was obsessed by reading his favorite author Akiyama Shinobu’s book in the café on that day as usual, and then... 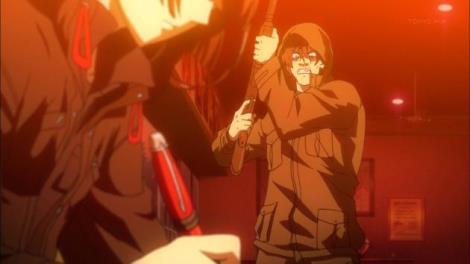 A robber appeared in the café!!!  He holds a gun to the girl who kept ignoring him. 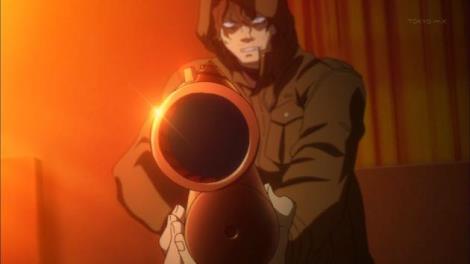 The girl is still ignoring his threat, which irritated him.  Kazuhito-Kun saw the robber about to shoot at her. 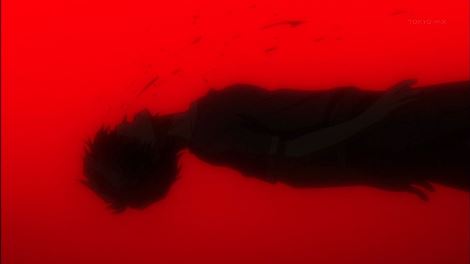 He died, saving her.

At that moment, many images, such as his kind family and his favorite book store..., came and went in his mind’s eyes.

Then he realized something. 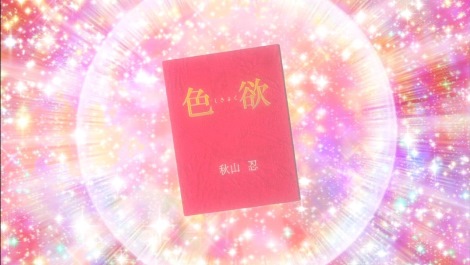 If I die, I’m not gonna be able to read Akiyama Shinobu’s new publication anymore!!!!!!! 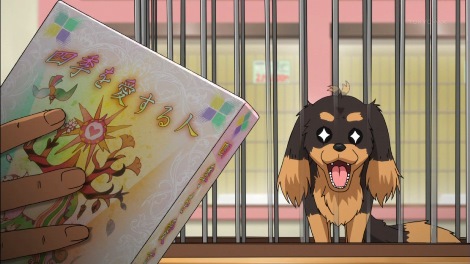 And guess what?  He was just reborn as a cute miniature dachshund, taking over his human’s memory.

OMG.  He is just like me who can’t die because of my favorite autumn anime, coff-coff. 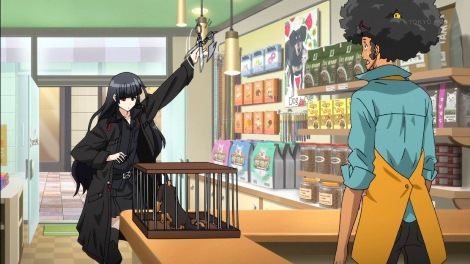 And he will happen to meet the girl he saved again...and will find out that she has a secret.

Do you think he will be able to read Akiyama Shinobu’s new publication...??? 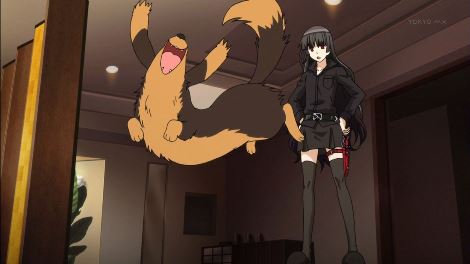 By the way, I think Kazuhito-Kun’s cute character of this anime can make us at ease.

Even though it looks like he has difficulty reading books. Dog & Scissors is such a cute puppy anime...!!!

There are some violent and sexy scenes but check out Kazuhito-Kuns short legs too!

■Here are some brilliant fighters with their tiny-bit bodies!  Fighting puppies! 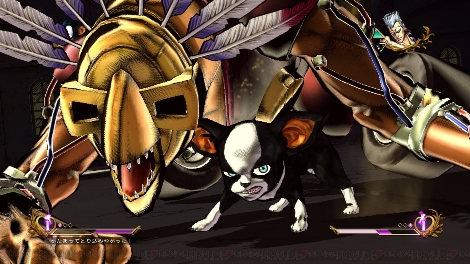 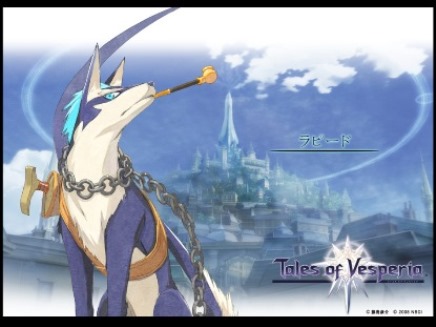 As you can see, I collected all the puppies that I (Saori) don’t seem to be able to beat.

There are some things that they have in common to tell you the truth: ‘They can understand what people say.’, and ‘They begin to have commanding eyes as soon as the battle starts, even though they usually look adorable.’!

The most impressive character among them is..., Okami Amaterasu.

Like this words, the wolf’s world has gone to seed.

The world has gradually been losing its freshness;

getting overgrown with monsters or ghosts here and there and people has lost belief in God. 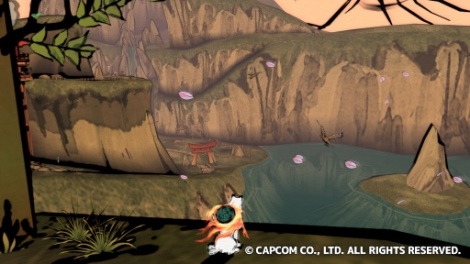 And here is a revival God, Amaterasu, to save the world!!!

She’ll take a trip to exterminate the monsters all over the country to take back peoples’ piety and her's 13 abilities. 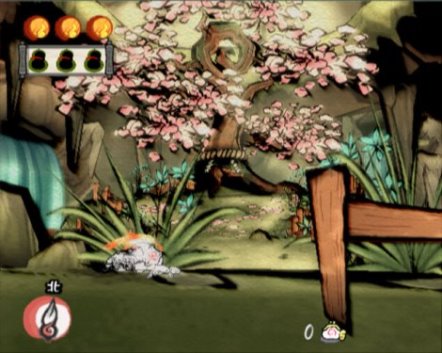 All the pictures in the game are watercolor paintings!

Maybe you can see the fresh green world with peoples’ piety again.. If you can, it would be a grand sight!!!! 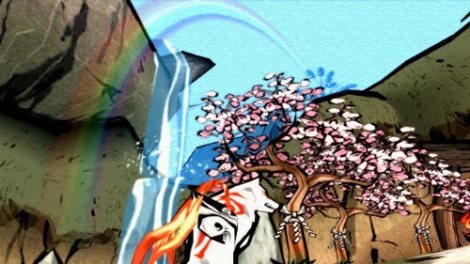 I (Saori) like to see all the pictures, but love a whole story too!

I think I would answer, “Zero series and Okami”, if I was asked, “what is the Japanese-style game”.

Yes, this is the game that represents Japan, even though it was released about ten years ago.... 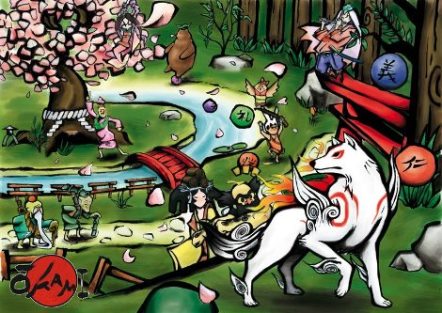 The scene I was especially moved by was in the last battle...

I don’t know what to say..., but, at the event scene right before the second-to-last boss..well...,

I’m so sorry!!!!  I will just let you guys watch it with your own eyes since it’s such a great scene!!

By the way, when I (Saori) was watching the scene, I was folding up all the laundry since it was in the event...but, I just cried so much!!!

Since I’ve cleared incredible amount of sub-events, I was just moved all the more, and at the same time, I really wondered why I was watching such a precious scene, folding up the laundry too!!!!

Well, but it’ll be a good memory for me that I couldn’t start playing the game (with my hands shaking, and crying) when the battle with the second-to-last boss started.

Ahh.. but the studio where this game was created and developed is no longer, so I don’t think there will be another sequel...

I love this Okami so much that I still listen to this game’s soundtrack...!!!

How was this article for puppies?

I introduced some cute puppy characters which can make you at ease, guys!!

All right then!  The next Saori Press will be about...giggle!

Some of you with quick perception might already know it!!!

Ok then, see you next Wednesday!

I’ll show you some lovely characters then.  Bye!!!