It’s almost the end of the year, huh~? Some of the Fall 2020 Anime will come to an end soon if they don’t have a sequel at next season…… But! The one I’ll be featuring today will have a sequel from January 2021! It’s one of the most featured series since it adapted to an anime……! 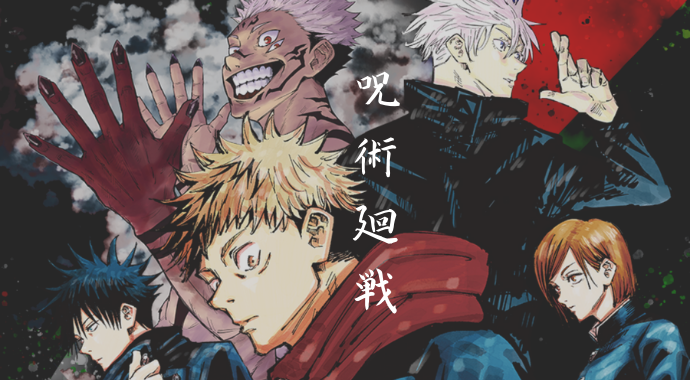 So today! I’ll be featuring a coupling column of one of the Shonen Jump series, Jujutsu Kaisen (Sorcery Fight), now on air as Fall 2020 Anime! 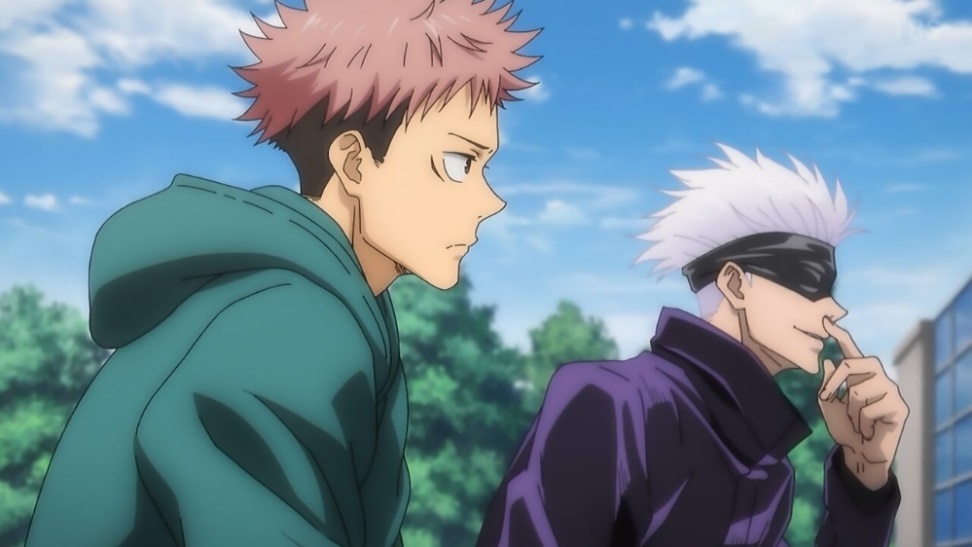 https://otakurepublic.com/product/tag_page.html?tags=557843
The relationship of the two: A classroom teacher-student, A master-disciple, and……

Who Is Itadori Yuuji? 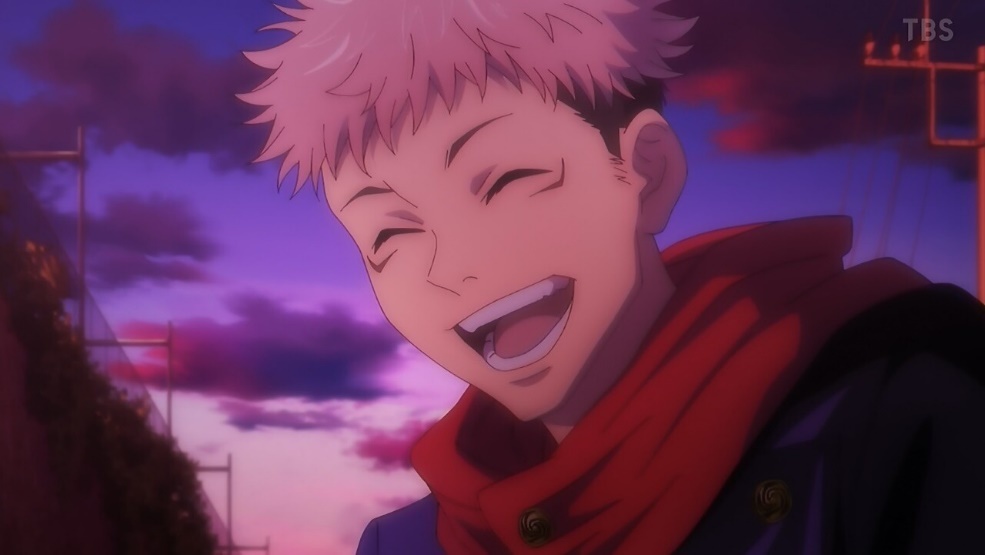 https://otakurepublic.com/product/tag_page.html?tags=557841
The main protagonist of this story and everything begins with him.
He is cheerful, easy-going and very sociable. His reputation from people around him is very good such as “He is the person who can seriously scold others for them.” He has a strong intention to save people.
He is a first-year high school student who has an incredible high physical strength. He used to live with his grandfather until he passes away. “You’re strong so always help people.” “Die surrounded by people.” Those were the words that his grandfather gave to him before he passes away.
He belongs to the Occult Research Club, where he can leave earlier, so he can go visit his grandfather. However, his destiny changes after the club gets the finger of “Ryoumen Sukuna,” which is known as the King of the Curse. The finger is the fetish, containing strong power, so various monsters start to get closer to it. In order to resist it, Yuuji swallows the finger so he can fight against the curse. 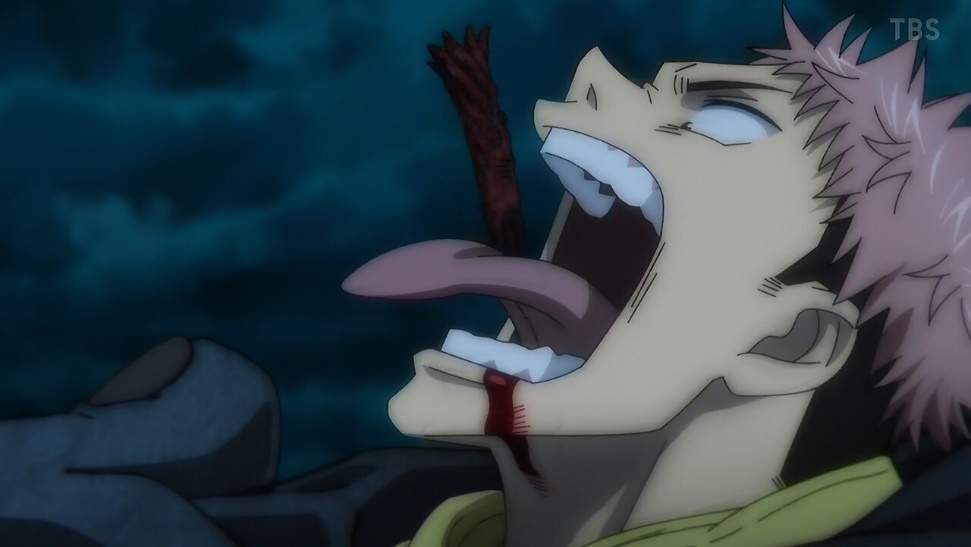 As a result, Yuuji is able to have the King of the Curse, Ryomen Sukuna, in his body. Even though he is able to defeat the monsters with its massive power instantly, the sorcerer training organization decides to execute Yuuji. However, thanks to Gojou Satoru’s idea, they decide to wait to execute him until they can collect all the Ryomen Sukuna’s fingers, which they haven’t been able to collect, and have them in Yuuji’s body, by letting him alive. 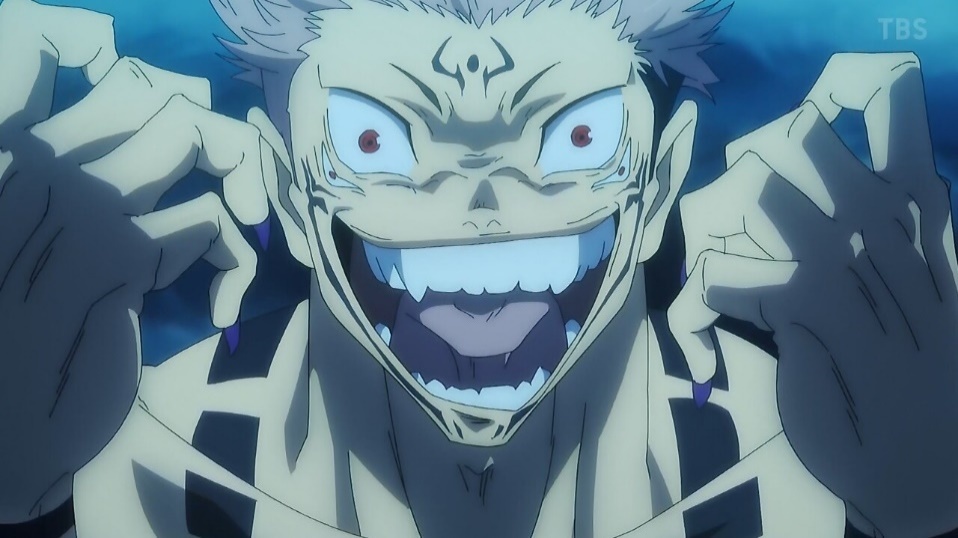 This is how they have decided to postpone executing Yuuji until they retrieve all his 20 fingers, while letting the King of the Curse possess in his body. Yuuji now tries hard to retrieve all the fingers as a student at Tokyo Prefectural Jujutsu High School, while learning how to control Ryomen Sukuna.

Who Is Gojou Satoru? 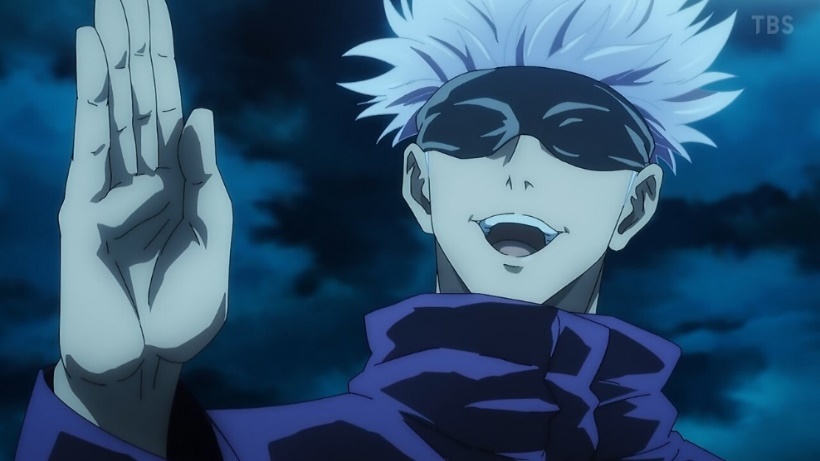 https://otakurepublic.com/product/tag_page.html?tags=557842
He is a first-year students’ classroom teacher at Tokyo Prefectural Jujutsu High. He is 28 years old.
He is one of the four “Special-Grade (highest rank) Sorcerers,” born between the powerful sorcerer parents, whose families have a long history of being the powerful sorcerers.
While being one of the most powerful chara, he is actually very playful. Since his personality is so cheerful while being super strong, some people are astounded by him. While he tries not to produce casualties during his duties, he also thinks calmly, judging “It’s also inevitable for some extent” at the same time. 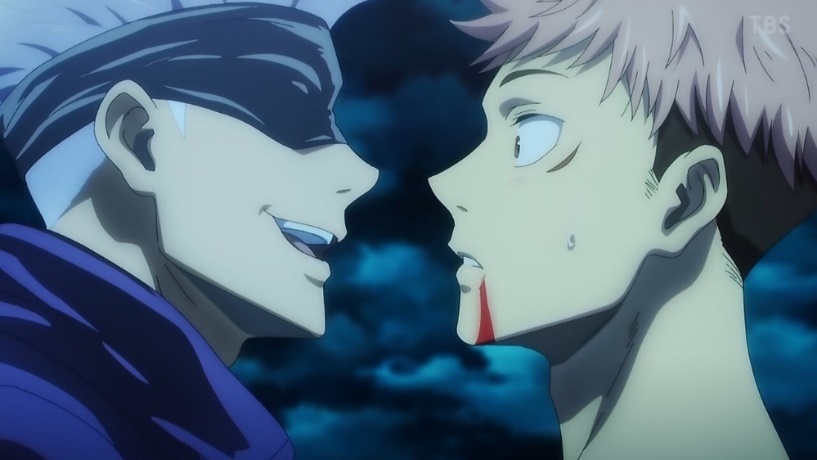 But again, he has a strong commitment as a classroom teacher of the first-year students, such as postponing Yuuji’s execution or understanding Megumi’s feeling.

What’s in common between them is to be playful! Especially in some gag scenes, they fool around each other, which make us feel heartwarming! 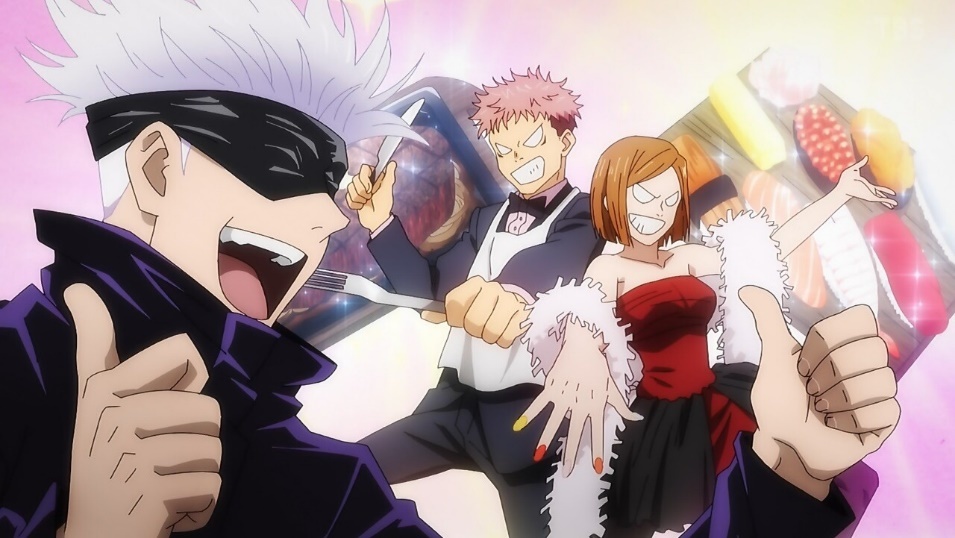 Then how about the serious scene……? When Yuuji died from such a life-threatening duty, ordered by Tokyo Prefectural Jujutsu High, Gojou-Sensei gets really mad……! He gets mad because they have decided that they would not kill him until he retrieves all the 20 fingers but they purposely give Yuuji such a risky duty. Yuuji fortunately gets revived and Gojou-Sensei looked so happy to know he’s alive……

Yuuji thanks Gojou-Sensei for having postponed executing him and taking really good care of him so he trusts Gojou-Sensei very much and (basically) follows Gojou-Sensei’s instruction.

But again, the relationship of this combination might change…… The one who has the most powerful king of the curse inside of his body, and the other who is the strongest sorcerer…… It’s a little unstable and sensitive combination, I guess. 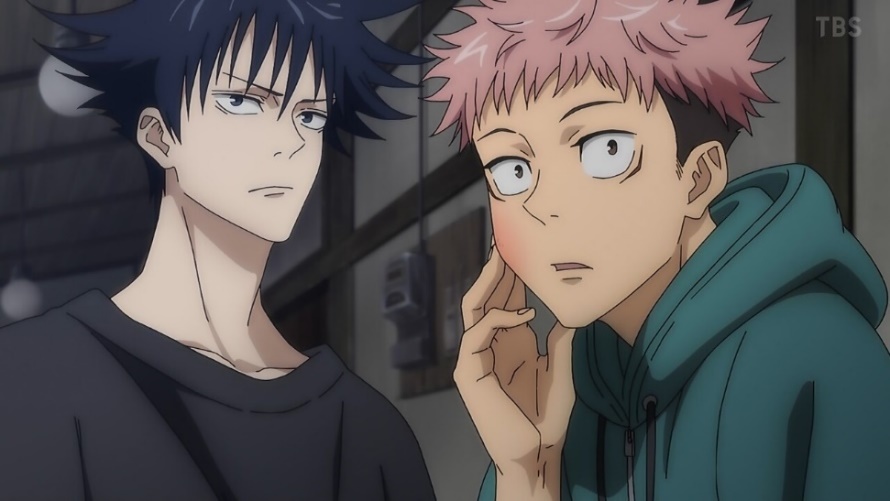 https://otakurepublic.com/product/tag_page.html?tags=557862
The relationship of the two: Classmates, friends…… How they first met is…… 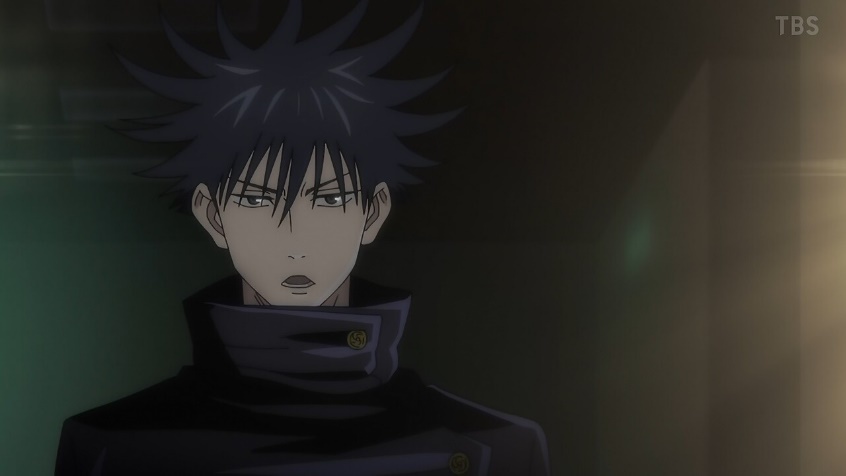 https://otakurepublic.com/product/tag_page.html?tags=557850
He is a first-year student at Tokyo Prefectural Jujutsu High and also a Sorcerer.
He is calm, serious but a little unfriendly on the other hand. However, he is sociable and often takes care of those around him.
He is such a talented Sorcerer that he is assigned the independent duty, which is rare for the high school student. Actually, he didn’t aim for becoming a Sorcerer at first but due to one incident, he came to think that “he wants to save ‘good people’ as much as possible so they can be happy.” That thought is Fushiguro’s motivation, strength and weakness.
By the way, his type is someone who has “steady humanity.” 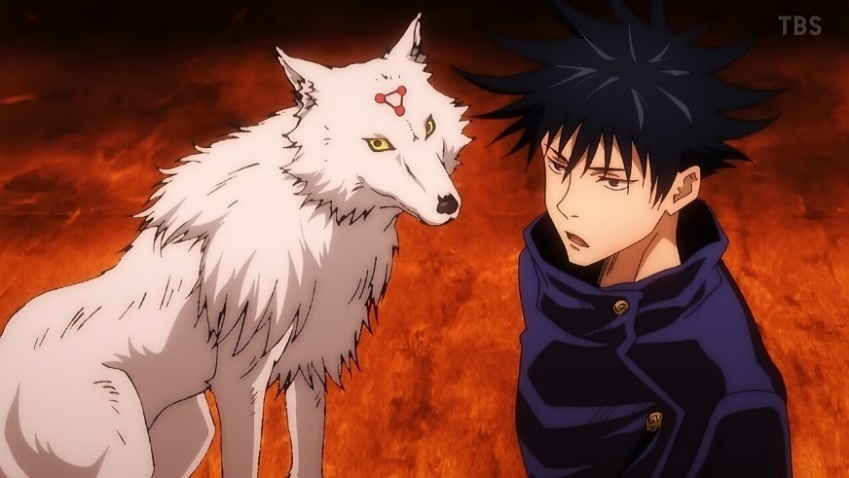 The relationship of these two is deeply depicted in Episode 1 and it might not be too much to say that this story wouldn’t begin without their encounter…… Fushiguro has been feeling guilty for Yuuji because he had got Yuuji (then-ordinary people) involved in the case, where Fushiguro, a Sorcerer, should have solved on his own and he had also lead Yuuji to have fate to be killed. In Episode 2, Fushiguro even asked Gojou-Sensei to deal with Yuuji (who had Ryomen Sukuna possess in his body) being executed. 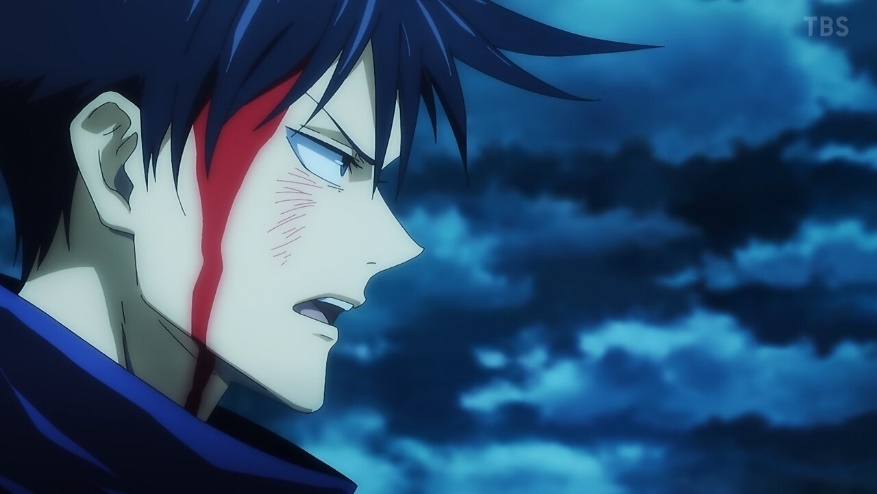 However, Yuuji never blames on Fushiguro for being involved with the incident. Yuuji thinks that he swallowed Ryomen Sukuna at his own will and he even trusts Fushiguro as his classmate, and his buddy who challenges each mission together. They really look just like ‘normal friends,’ from how they get along every day. There’s no way we think they both have deep fate …… A little sad, huh……? 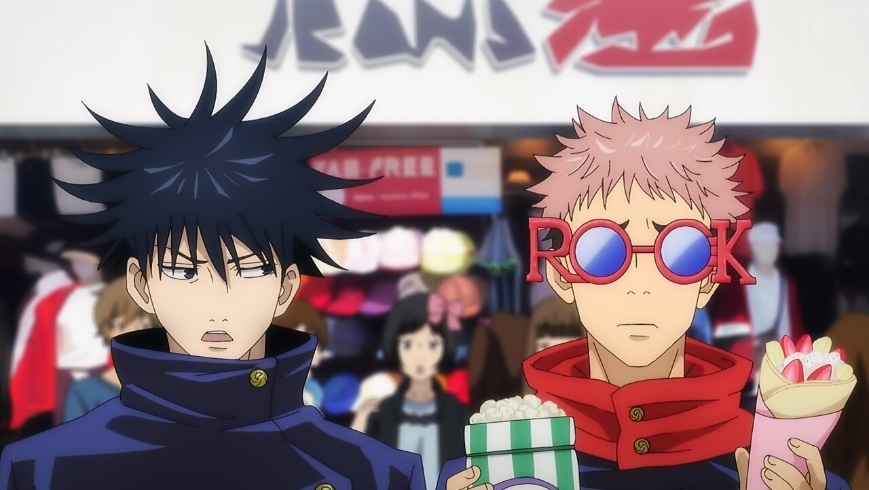 Well, that’s how I think about them, though. You will see how they actually think about each other later so…… check it out if you are curious about it! 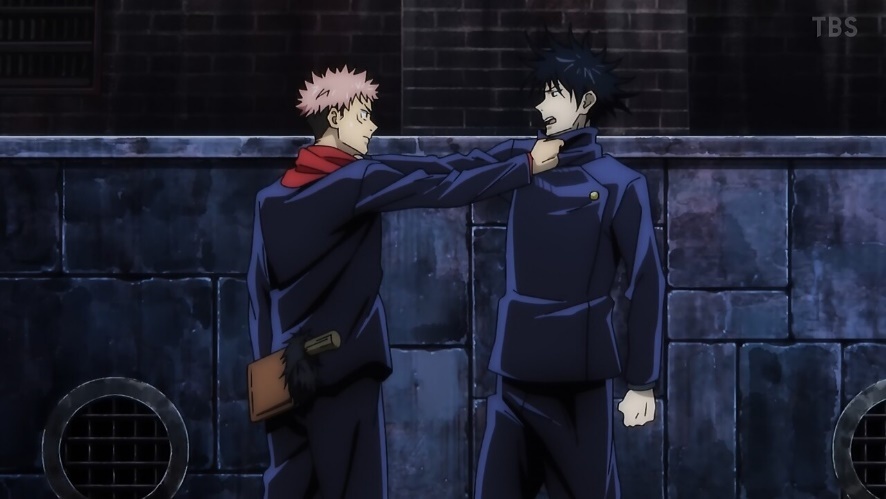 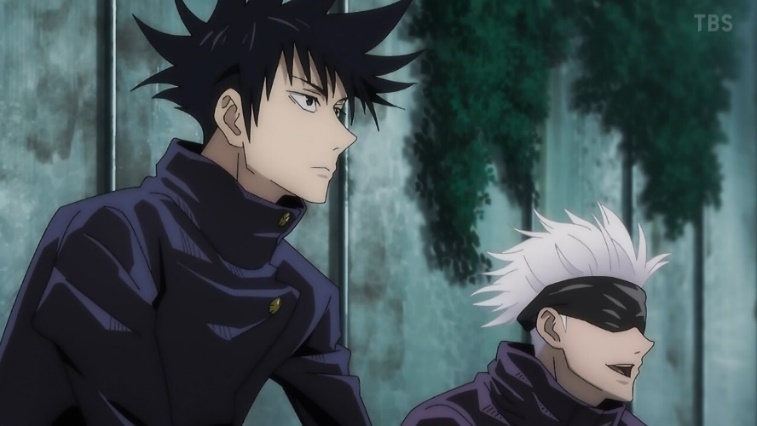 https://otakurepublic.com/product/tag_page.html?tags=580294
The relationship of the two: A master-disciple, A teacher-student…… and both Sorcerers, carrying fate, known each other for over ten years.

This pair has the longest period of time spending together since they met, among all the pairs, featured in this article. When the story started, they already had known each other as a teacher and a student at Tokyo Prefectural Jujutsu High, and had known each other even before that, which was revealed in the original manga. Let me explain, avoiding a spoiler: Gojou-Sensei is just like a ‘guardian’ for Fushiguro and a master as well. 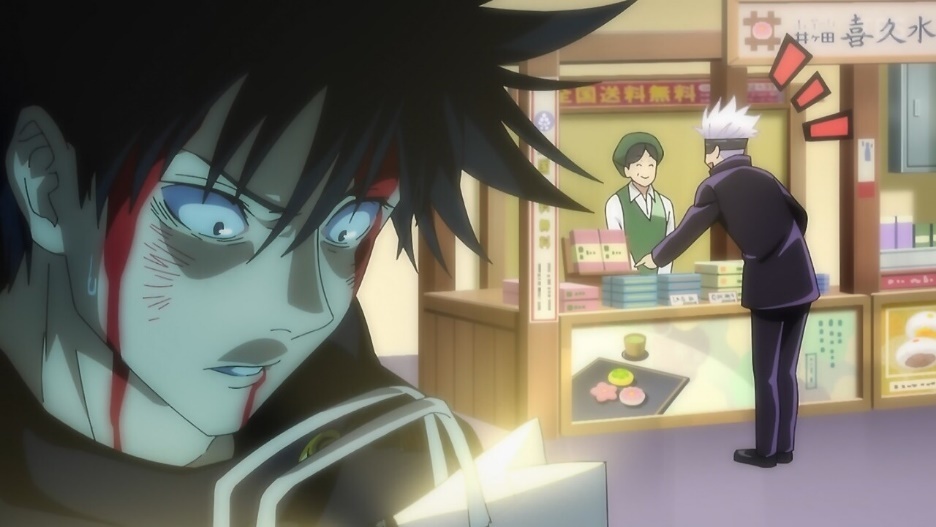 Even though Fushiguro looks up to Gojou-Sensei as his benefactor due to what happened in the past, he is sometimes astounded by Gojou-Sensei, being insensitive, sloppy, playful…… he even bought souvenir when Fushiguro was fighting, risking his life. However, Fushiguro never tries to ask him to fix those parts about him, instead, he tries to think that ‘He is this kind of person.’ That’s why Fushiguro sometimes treats him roughly. However, when it comes to fighting, they show us their strong trust with each other, which is adorable. (My opinion, though.)

As for the relationship of this pair, it’s depicted so…… deeply and seriously in the original manga, even though you cannot see that part in anime. I’m sure more and more people will become their fans if that is depicted in anime too. It’s such a serious past about them. Currently, Gojou-Sensei cherishes Fushiguro as one of his students and as a person who he has known for a long time but…… If you like this pair, please follow them in anime or check it out through manga beforehand!
Now OVER 550! Check HERE for Jujutsu Kaisen (Sorcery Fight)’s Doujinshi!

How did you like it? Most combinations meet at the beginning of the story and keeps their relationships as described here but as the story goes on, their relationships will change good or bad……! Especially check out the one between Fushiguro-Kun and Gojou-Sensei! You might see it at the end of the second season……? For those who are curious about it, check out the Doujinshi!

Already now! This is all for today! I’ll see you all at the next article! Bye now~!
Jujutsu Kaisen (Sorcery Fight)