In Japan, Fall 2020 Anime are now on air! Aaand…… live action drama are also on air! Some of the drama are originally from manga! 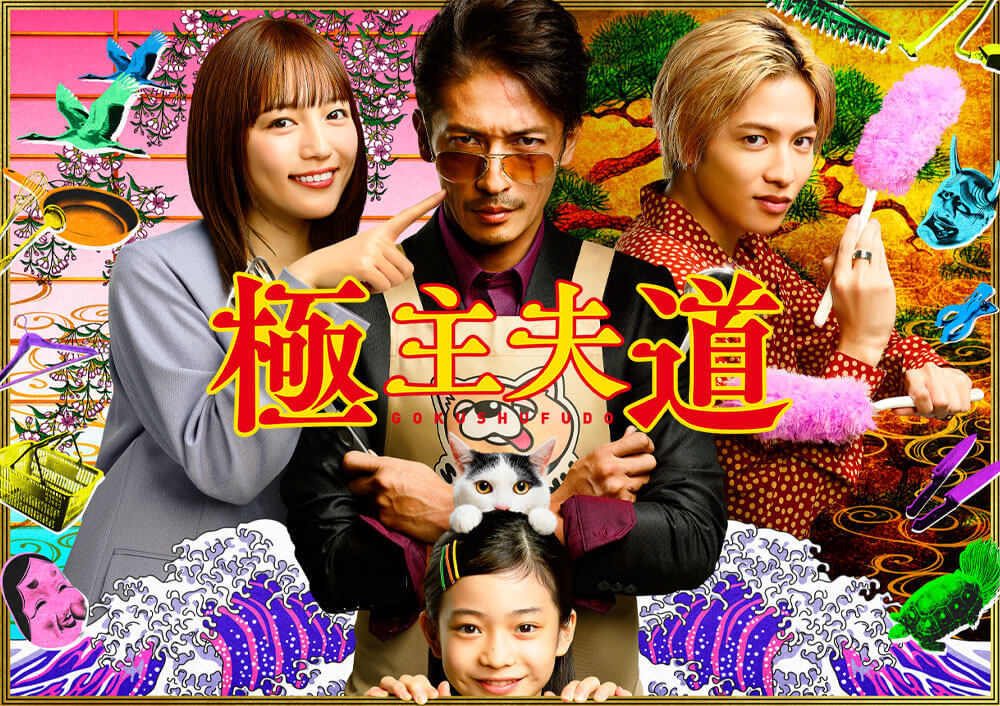 All right, a BL Manga I’ll be featuring today has its live action drama adaptation, now on air too! It’s been highly rated with the comments such as ‘It was my first time watching a BL series, and it was awesome!’

【BL Manga】Live Action Drama NOW on Air in Japan!
Cherry Magic! Thirty Years of Virginity Can Make You a Wizard!? 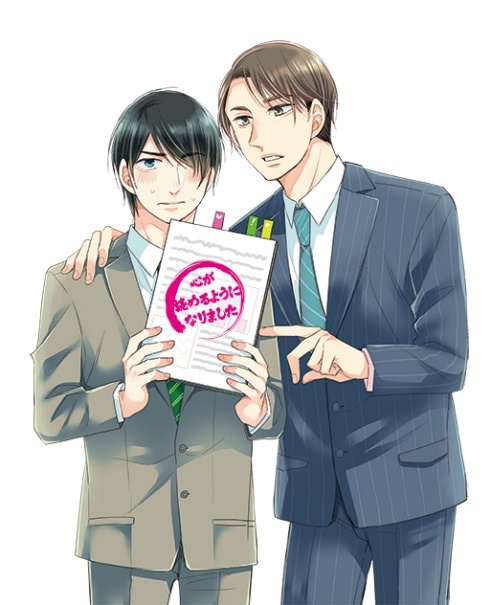 Since its title is long, it’s shortened; “Cherry Magic! (Cheri-Maho)”!

What Is Cherry Magic! Thirty Years of Virginity Can Make You a Wizard!??

As for its comics, five volumes have been released!
It’s awarded 1st place in the “Japan Booksellers 2019’ Award (awarded based on votes by bookstore clerks from all over Japan)” and went viral through social media. Then it started to be serialized.
The author, Toyota You-Sensei, also works on shōjo manga or seinen (youth) manga, besides BL manga. One of his masterpieces is “Papa to Oyaji no Uchi Gohan.” This story focuses on two single fathers sharing a room. It’s a home drama, depicting their everyday life through their cooking. It’s been very highly rated.

Cherry Magic! Thirty Years of Virginity Can Make You a Wizard!? started to air as a live-action drama since October 2020. Not only by the original’s fans but it’s been rated so highly also by many viewers who have watched this series for the first time. 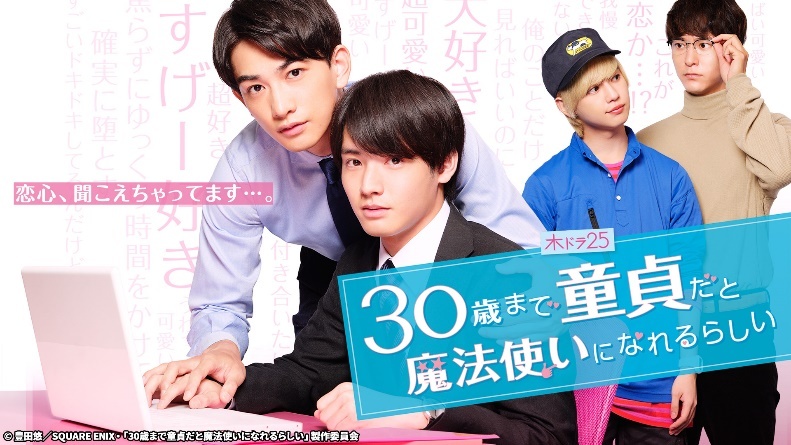 This series itself is very interesting but another good side about this series is how the producer cherishes his work with his thought ‘I want this work to be the one, where even the actual humans can perform with a good balance of the original, the one, where nobody hurts, and the one, which is loved by anybody.’ He also says ‘I try to have the characters, which I draw, have subtlety of their mind, sincerity and independence.’ The viewers can surely feel these thoughts of him and that’s why it’s been highly rated by them!

Outline of Cherry Magic!
Thirty Years of Virginity Can Make You a Wizard!!?

The main protagonist, Adachi, is a 30-year-old virgin guy. One day, he’s able to use magic……! 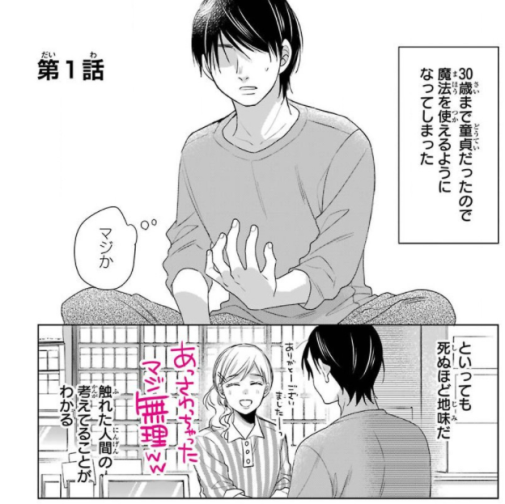 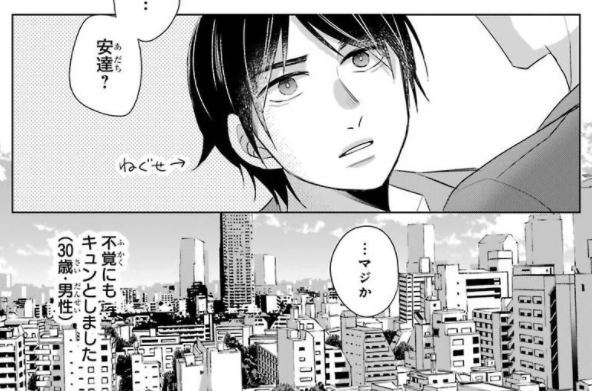 The main character, Adachi Kiyoshi, is an office worker at a company. He’s lived seriously and is still virgin. (※It’s not a bad thing.)

In Japan, there is an urban legend, where people, who are virgin until thirty-year-old, can become a fairy or use magic! (It doesn’t mean there is such an anecdote but it’s handed down commonly) It looks like the urban legend ends up being truth and the magic Adachi is able to use is……!

To read the minds of those he touches! 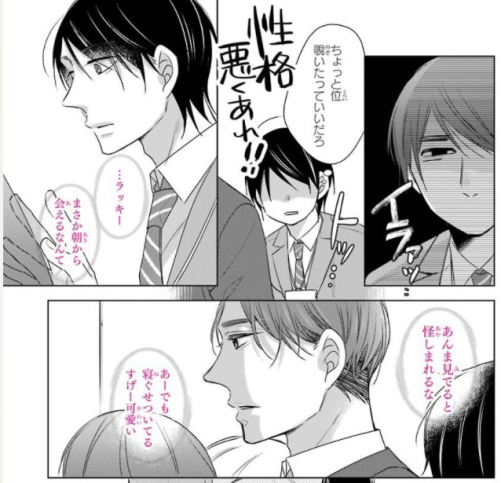 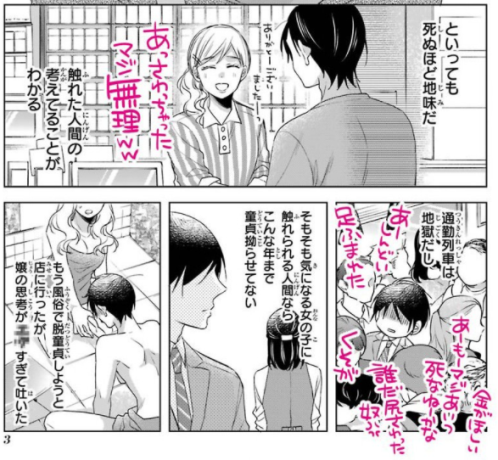 The magic that he is now able to use is to read the minds of those he touches! This magic seems so simple but actually, he gradually gets exhausted, being able to hear people’s minds against his will as long as he touches them……

His good-looking colleague, Kurosawa. What is his mind like……? 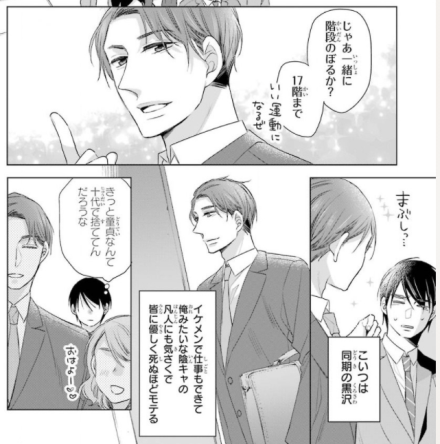 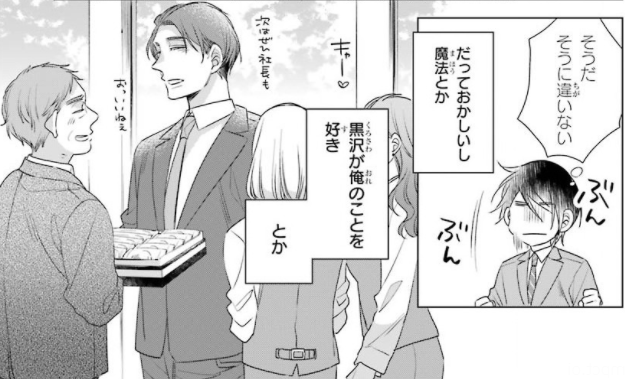 Suffered from the ability, Adachi is talked to by Kurosawa Yuuichi, who is popular and refreshing-good looking colleague. He is very good at business performance as well. Out of curiosity, Adachi eagerly plans to read his mind……!

And what he hears from him is…… 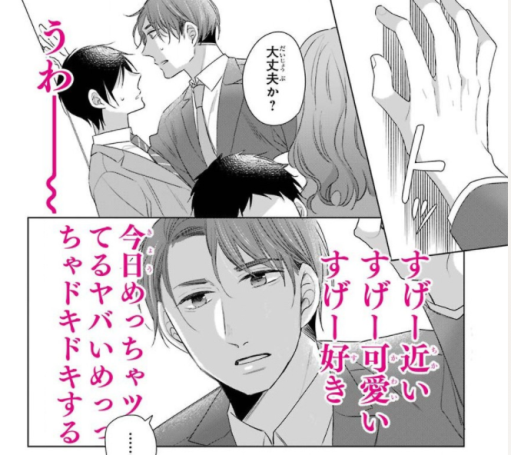 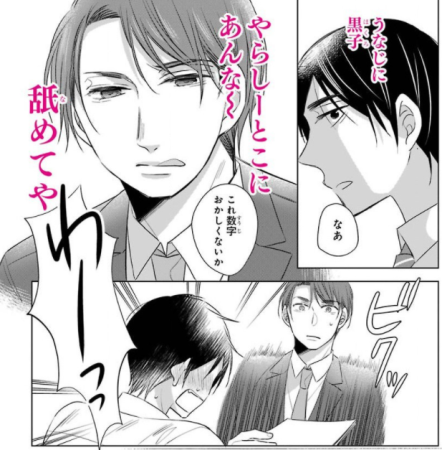 Surprisingly, Adachi hears that Kurosawa really loves him~! It’s so hard for him to believe it that he even thinks it’s not the reality but…… every time he hears his voice, he seems to be worried about him and very kind to him…… Adachi now feels guilty that only he can hear his voice like that……!

It’s a little mysterious love story of Adachi and Kurosawa with a laid-back beginning. 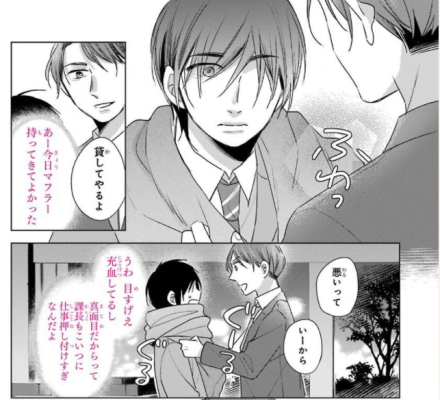 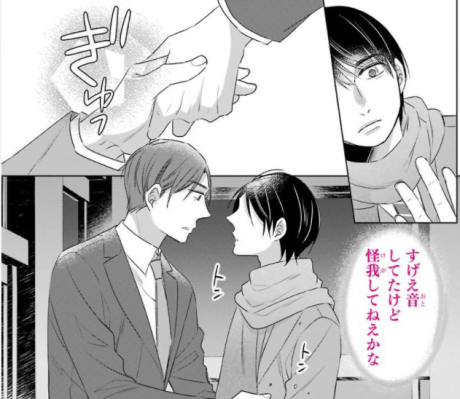 Adachi reacts and feels emotional every time he reads Kurosawa’s mind. Adachi, who has never dated with anyone until 30-year-old, not only experiences love with such a mysterious magic but he also grows up as a man. This human drama part is the best one for its story’s development, which is making many viewers think ‘it’s awesome!’~!

As for comics, five volumes have been released! Let’s check out all the way to the latest volume! 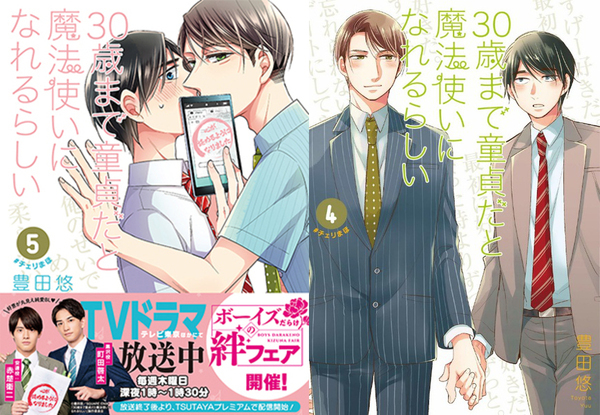 As for this live-action drama, it will probably come to an end in December! It’s one of the most featured BL manga series! Why don’t you check it out in this great opportunity? It might make the anime adaptation too……!?
Check HERE for Cherry Magic! Thirty Years of Virginity Can Make You a Wizard!?’s Comics!
▸

Already! This is all for today! I’ll see you all at the next article!
Bye now~!
Cherry Magic! Thirty Years of Virginity Can Make You a Wizard?!