※Please note that this article contains some info about the content from a drama CD version or an app version, which hasn’t aired in the anime version yet,. Also, not all the info here is common with the anime version.

Hello everyone! It’s Saori from Otaku Republic!
Finally, Fall 2020 Anime has reached the first half! Some of them are even reaching the climax, toward the final episode, airing in December, huh?

Aaand, hello everyone. I’m Otaku Republic’s Boss.
Well, maybe we should start preparing for Winter 2021 Anime too, huh? What will they be like?
To me (Boss), I can’t wait for Season 2 of Cells at Work! Its Spin-Off Series will air simultaneously too! 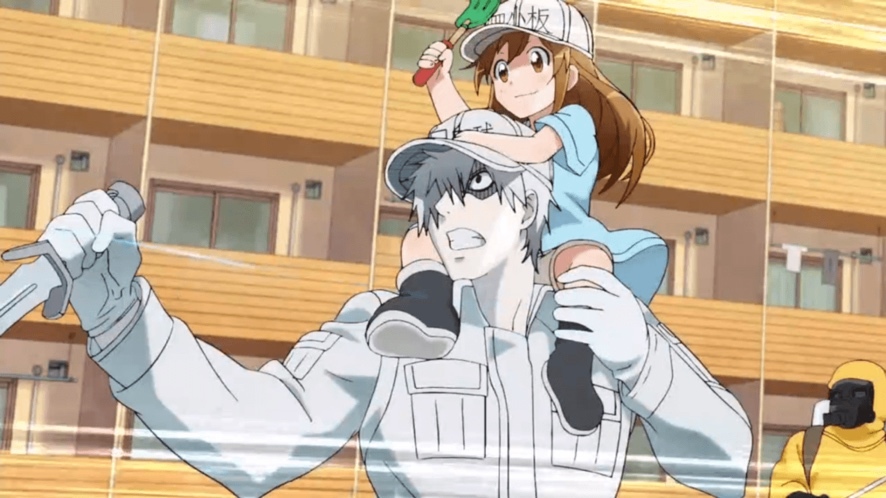 So! Let’s get back to where we were! Today, let’s check out some trivia so you can enjoy Fall 2020 anime, which will get into its climax soon, even more! That anime is…… It always excites and thrills us! It’s the one which shows us a flashy explosion!

【Hypnosismic】What You Should Know!
You Will Enjoy Anime Even MORE with These Trivia (Maybe?)
The Best Selected Trivia of Hypnosismic!

Well well…… let’s now check out the past event and how the key characters will move forward, which have gradually been implied in Episode 6, which is the half way point! By the way, Boss just left me since he wanted to enjoy anime without any prior knowledge…… So for those who are like him, you can do so too! 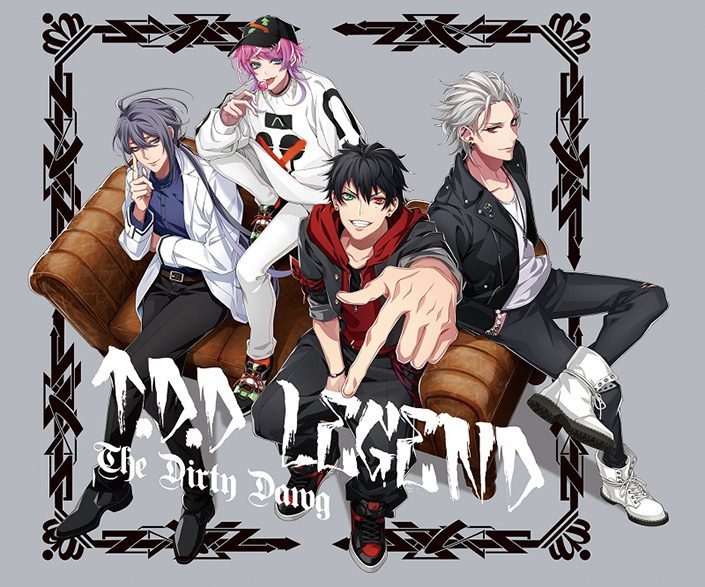 It’s a legendary rap group that consisted of the members, Yamada Ichiro, Aohitsugi Samatoki, Amemura Ramuda and Jinguji Jakurai, who are all now the leaders of Ikebukuro, Yokohama, Shibuya and Shinjuku Division respectively. (FYI, “The” is not pronounced.)
In anime version, the fact, where The Dirty Dawg had been disbanded before Episode 1, was revealed. And in Episode 6, we found out that Amemura Ramuda, ordered by Touhouten Otome, was involved with that disbanding. 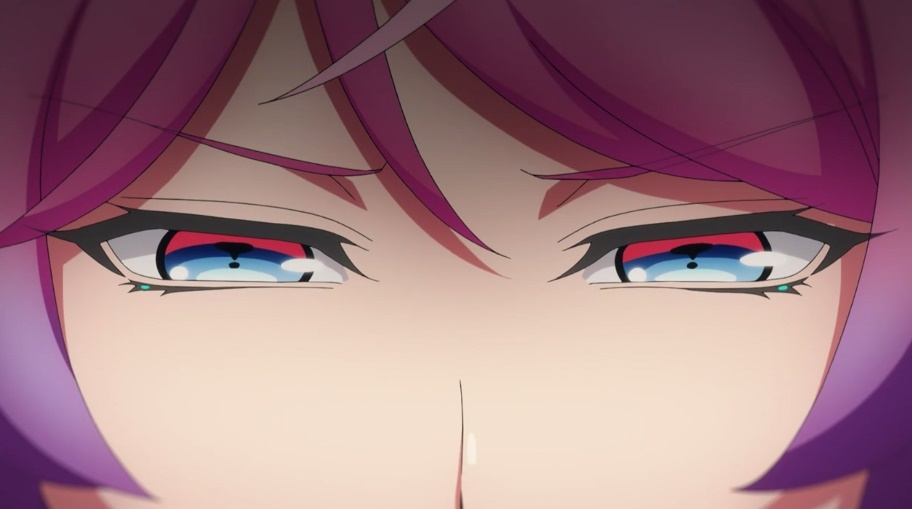 Ichiro-Kun and Samatoki-Sama’s breaking up directly caused this disbanding but the one who started it seemed to be Ramuda-Kun, huh? The three members, other than Ramuda-Kun, decided to disband the team, even though they knew that it was something to do with Touhouten Otome’s speculation. 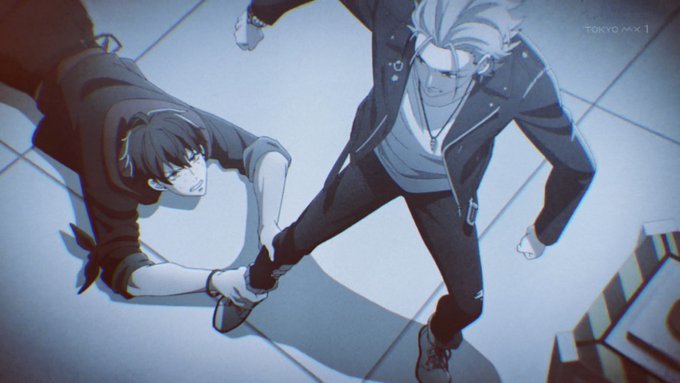 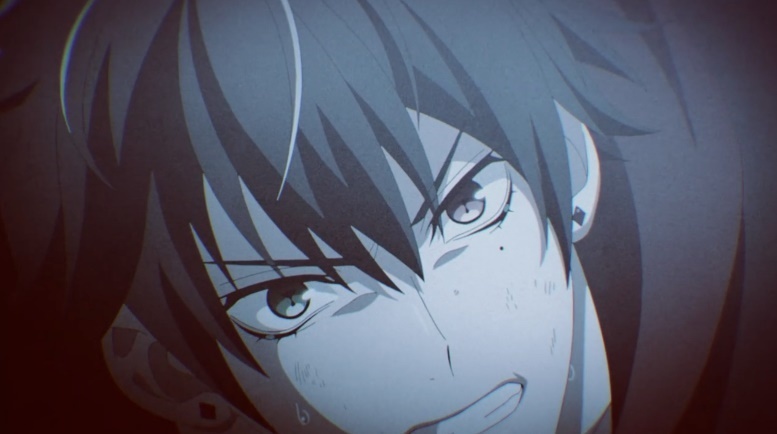 By the way, in the drama CD version, we see Ichiro-Kun respect Samatoki-Sama from the bottom of his heart as his Senpai and also see Samatoki-Sama adore Ichiro-Kun. That’s why Ichiro-Kun would never forgive “that action” which Samatoki-Sama took and ended up not being able to get along with each other even after they disbanded. By the way, Samatoki-Sama said what Ichiro-Kun did at that time was something that the “hypocrite” would do too. 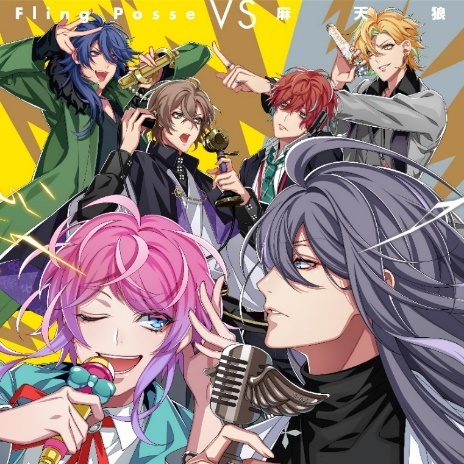 I wonder what happened to The Dirty Dawg in the past…… We might find out something new in anime? 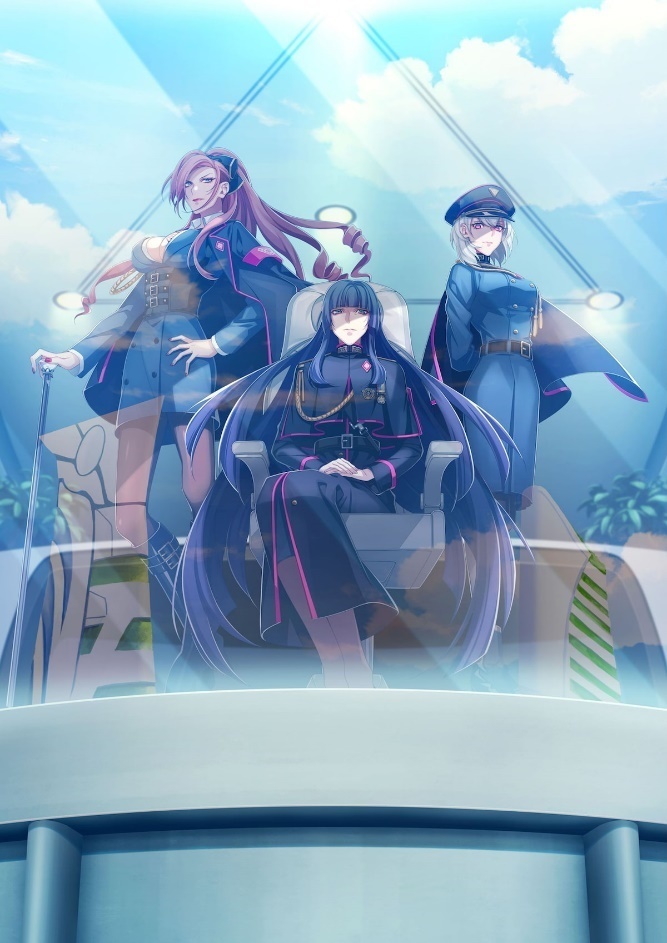 It’s the Division team, led by the current Prime Minister of Japan, Touhouten Otome. All the members are females. This team has an overwhelming leadership and technology, being engaged in Hypnosismic’s development or each Division’s management. Here is some info of each member, along with their past info! 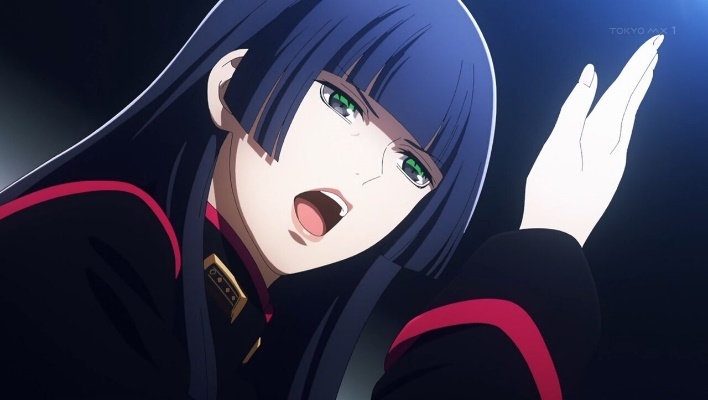 https://otakurepublic.com/product/tag_page.html?tags=743427
Having beaten the previous Prime Minister by the rap, she became the current Prime Minister.
According to her, men have to have the weapon and are only able to govern people by violence. To change such a world, she has made her mind to become the leader of the country.
She used to have a rich life with her father, who is a politician; however, her father has been cheating his work, suffering people. Even Otome’s husband was involved with such dishonest work. Otome persuaded his father and husband to turn themselves in. Since then, she started to think that she should get rid of all men from the politics. Otome has asked one of her relatives to take care of her beloved only son because she thought all she would do might put many people in danger. 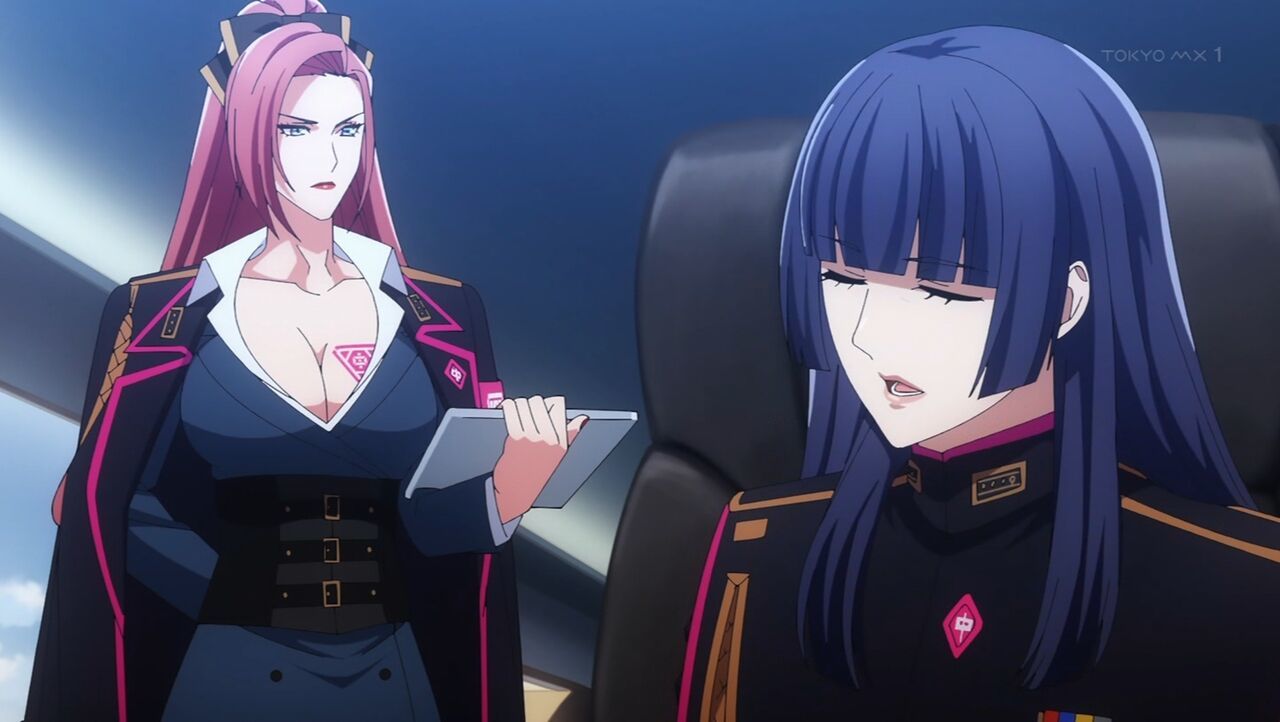 https://otakurepublic.com/product/tag_page.html?tags=629271
She is the second person in the Party of Words hierarchy, in charge of all political measures of the Party.
She is the Deputy Prime Minister of Japan, the Director General of the Administrative Inspectorate Bureau of the Metropolitan Police Department, and a current member of Party of Words. The police officer, Iruma Jyuto is her subordinate. She has a connection with Amemura Ramuda behind the scene, often ordering him to do work.
She has a strong sense of justice and used to investigate political corruption cases on her own before. However, when she acquired very important evidence, the family of the person who offered the evidence, were all murdered. As soon as that happened, Ichijiku thought that her younger sister, Natsume, might be in danger too. When she rushed to see her, her assumption was right. Natsume was cruelly murdered.
The murderer was the secretary of the politician who was involved with the corruption case and even tried to murder Ichijiku, who looked shocked at her sister’s dead body. However, Otome, who was investigating the case, stopped it and saved Ichijiku.
Since then, she despises men from the bottom of her heart and believes that the world would be better without them and decides to become the right-hand woman of Otome. 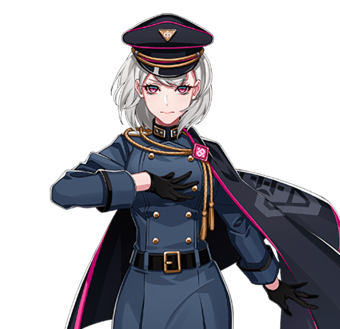 https://otakurepublic.com/product/tag_page.html?tags=608509
She is a younger sister of Aohitsugi Samatoki. She is the same age as Yamada Ichiro. She a steady person, having a strong spirit. She used to get along with her brother, Samatoki, but one day, she was missing.
In the past, Samatoki and Nemu’s father was the worst person, being violent to his family. One day, their mother murdered him to stop everything from happening anymore for her family and committed a suicide as well, after that. Samatoki, then, made a decision to become a yakuza so he can take care of Nemu. And Nemu decided to live strong, supporting him too. Since then, she started to feel disgusted about men acting violently.
When The Dirty Dawg still existed, she used to get along well with Ichiro, who was Samatoki’s friend too. She respects Ichiro because he gets along well with her brother, Samatoki, and because he takes really good care of his younger brothers as the oldest of all. She would ask him to get along well with her brother for good.
One day, she was missing but the next time she appeared, she was a member of the Prime Minister. There, “that person” is deeply involved……? Her rap’s skill is just as good as her brother, Samatoki. By the way, in anime, she appeared a little in the flashback scene. 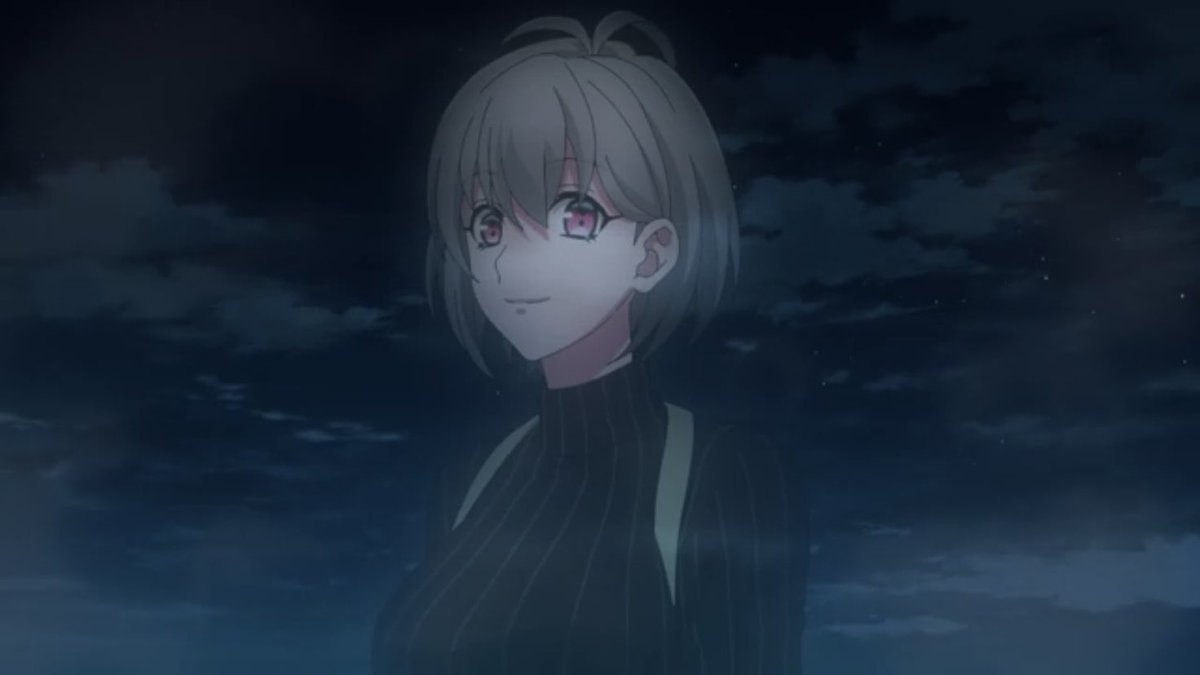 Well well…… the Prime Minister is currently monopolizing Japanese politics like this but each member seems to have a sad past, which is making them want to move forward, huh?

However, this is the info from the drama CD so we’re not sure if they have anything in common with anime…… But we can’t wait to see how the Prime Minister will do her job from now on, huh?

This is the Match in the past CD version Division Rap Battle!

So! The Division Rap Battle version has started in Episode 6. In the past, the winner was selected by the popularity vote by each Division in the CD version! The match then was this!

1st Round
Ikebukuro VS Yokohama
The Winner: Yokohama 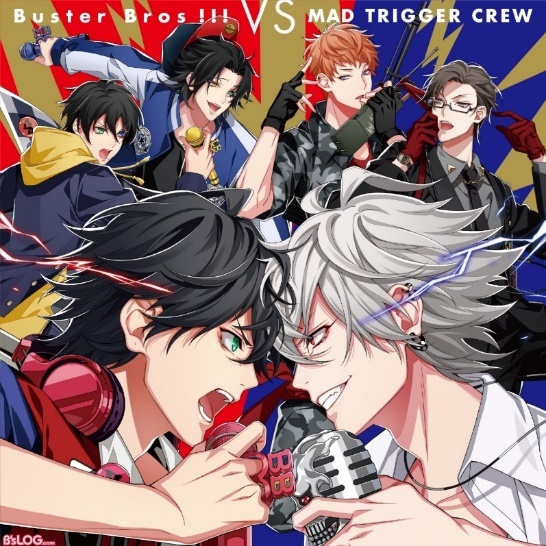 2nd Round
Shibuya VS Shinjuku
The Winner: Shinjuku 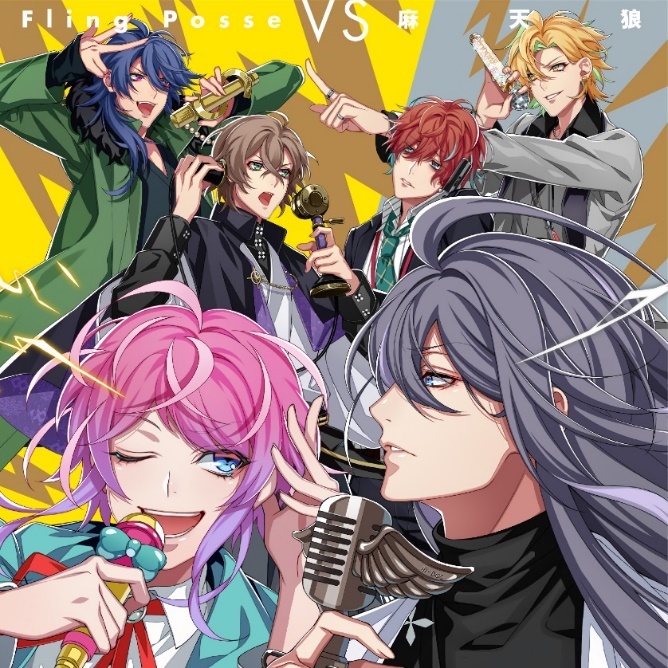 Final Round
Yokohama VS Shinjuku
The Winner: Shinjuku 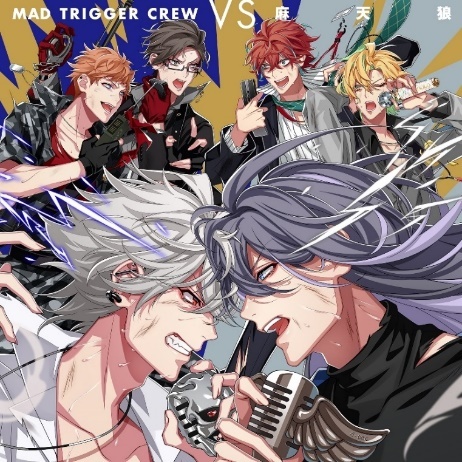 The finalist, Shinjuku Division, even released the song called The Champion, showing their overwhelming charisma and power! 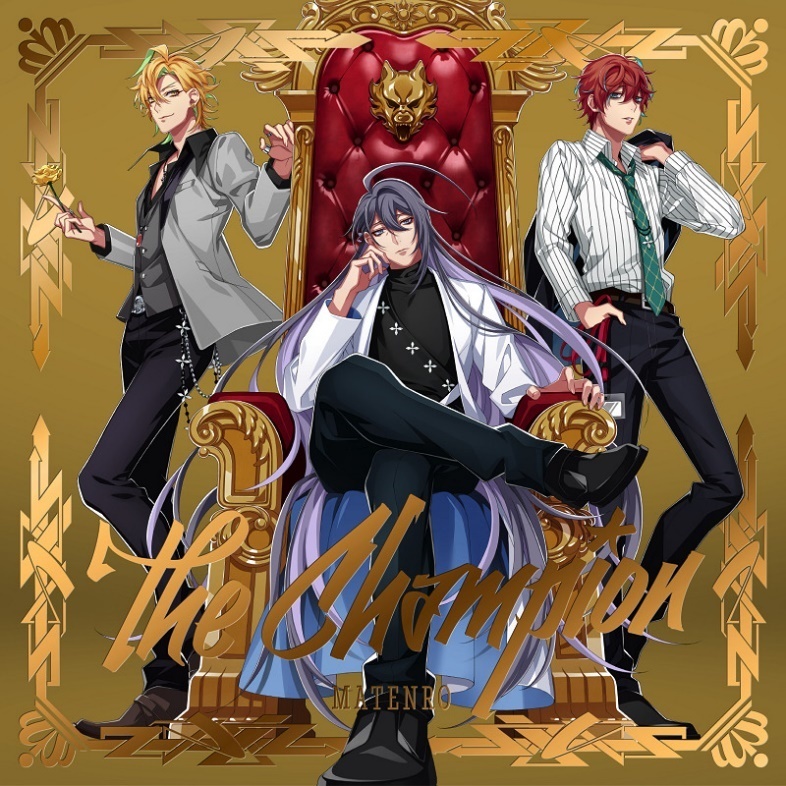 In this match, Shinjuku won but…… I wonder these teams will compete against each other in anime version too……?

In Episode 6, four teams were divided into each block in the preliminary match! That means, the next time they compete is when they have the final round……? I wonder which team will compete against which!? Who knows? It could be exactly the same combination as the CD version??

So! This is NOW-HOT Hypnosismic! We can’t keep an eye off from it! Let’s continue to watch it until the final episode together!!!

Already! This is all for today! I’ll see you all at the next article!
Bye now~!
Hypnosismic, Touhouten Otome, Aohitsugi Nemu, Kadenokoji Ichijiku