Hello everyone. I feel so happy with so many fun series in this fall season! I’m Otaku Republic’s Boss!

Hello everyone! I feel so happy too! It’s Saori from Otaku Republic! This season, I see some unique series, well, rather, mysterious and suspense series!

So today! We’ll be featuring one Fall 2020 Anime for those who want to enjoy the serious suspense, well, it’s also the crime suspense fully! You might already know the name of this main protagonist……?

Now On Air!
Moriarty the Patriot (Yukoku no Moriarty)!!
Check HERE for Doujinshi! 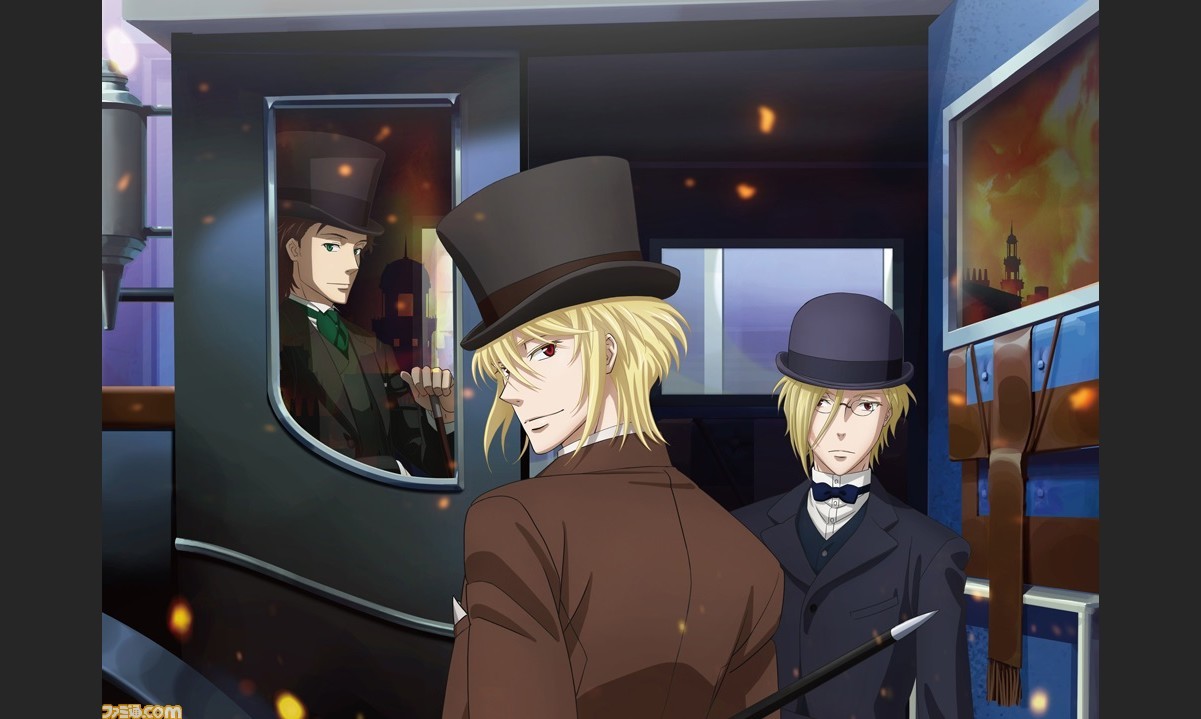 What Is Depicted In This Story? 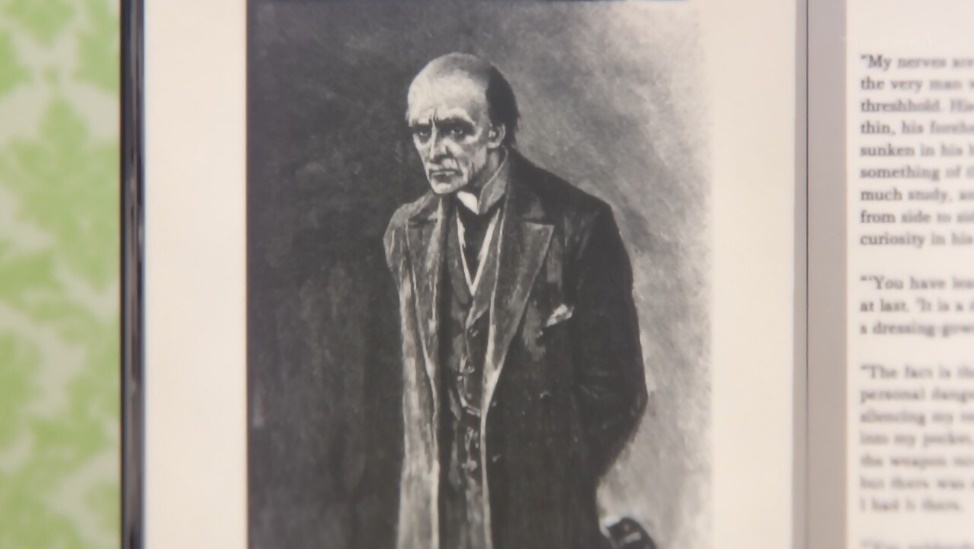 Great work of Professor James Moriarty is depicted! He is known as the evil charisma and the biggest rival of the detective Sherlock Holmes, and is even called Napoleon in the criminal world.

Right! When Professor James Moriarty is depicted, the story mainly focuses on the showdown against Sherlock Holmes but…… in this story, Moriarty the Patriot, the story focuses mainly on his ‘brothers,’ who he might have! 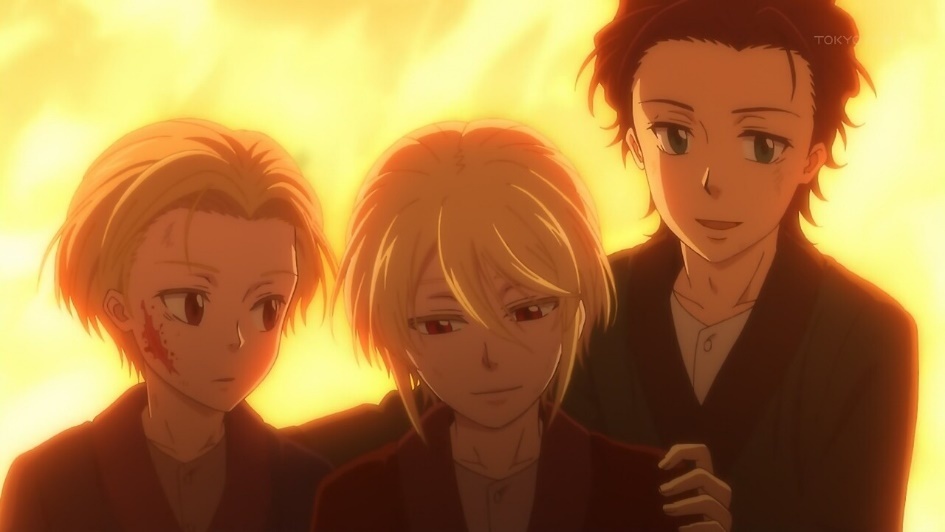 Does Professor James Moriarty have any brothers?

Why Should We Watch Up Until Episode 3? 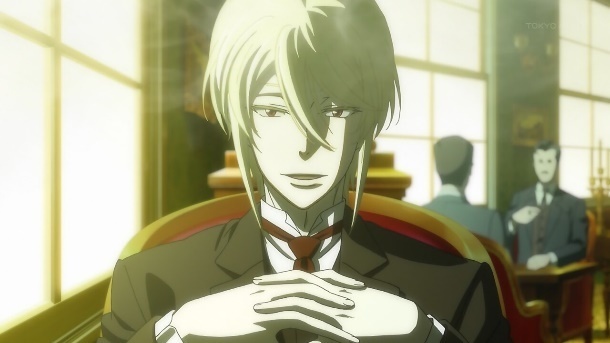 Yes! Because in Episode 1 to 3, the story clearly focuses on the key characters in this series, what the “crime consultant” actually does and the final purpose! So it’s easy to understand the whole story!

Episode 1 is not enough?

It’s enough too! But if you also watch Episode 2 and 3, you will see how smart these brothers are, trying to revolutionize by the crimes under the certain purpose! 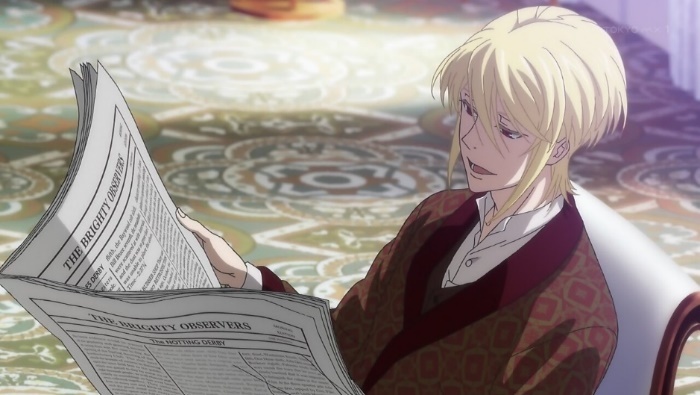 In Episode 1, the story focuses on ‘James Moriarty,’ working as a ‘crime consultant!’ By the way, this is the anime’s original episode!

The story is set in the end of 19th century in England.
In town, a serial murder case is occurring in London, targeting only boys.
The third oldest, Louis, gives a newspaper, reporting that there’s the 7th victim, to the second oldest, William.

Louis says;
“There’s no way humans would do that.”
William goes;
“That’s the humans. Humans actually do what humans wouldn’t do.”
While police hasn’t been able to grab any clues, William grabs a clue of the criminal just by reading the newspaper.

There’s nothing common between the victims such as their parents jobs. However, William says:
“Humans would never want what they haven’t seen before. They would want what they have seen.”
The occupations of their parents have nothing in common except for one, where all the occupations “have something to do with the nobles,” such as the owner of a watch store, a hat store, a jeweler, a horse owner and a tailor……

When the criminal goes to such stores, he comes to like the son who helps his parents. He rapes the boy and murders him. However, some of the boys are homeless. That case is not applicable for the rule “murdering a boy he sees at the store,” but……

One day, a homeless boy is performing a musical instrument in the public open space with a fine view. William goes to that actual place and notices that there is a building where they can look down to the space very well.
That window which they look through is the one owned by the club house and he easily notices that there is always a noble sitting in the exact seat by the window……

Meanwhile, the oldest brother, Albert, is visiting the father of the victim. That store is a good tailor which Albert usually goes to too.
The father exposes his emotions since he’s familiar to Albert. According to the father, his son was honest, cheerful and helped a lot at the store.
“I can’t believe…… He had to go through such a cruel thing……”
That’s why he was targeted, raped and murdered.

“If…… If only I could find out who did it……”
Albert says it to him, who’s staring at the scissors, and comforts him.

The one who has the right to judge.
The one who should be judged.
If they see these two individuals, then the three brothers take an action.

“If we get rid of the trace of the accident, the case will not even be recognized as the case.”

The three brothers ask the one who has the right to judge if he is “determined.” If he is surely determined, then they give him a chance, the only one chance, where he can revenge on the murder on his own.

However, somewhere in London, a father regains his smile for sure.

Scary…… but this makes me think…… I know it’s a bad thing that we revenge on the criminal by murdering him but…… By doing that, there will be someone who can get his smile back…… It’s sure that Moriarty brothers have never actually ‘done’ anything but they sure are the crime consultant, where they ‘arrange’ the crimes……

Maybe some people might say that it’s a good thing that they drag the criminals into the place of judgment and have them pay for the crime.
However, there was an overwhelming difference in social status between the nobles and the civilians back then in London. If the noble says “no,” then everything was forgiven. If the noble says “That guy killed him,” then that guy could be a criminal even without any investigation……
That’s a dark part about that era. 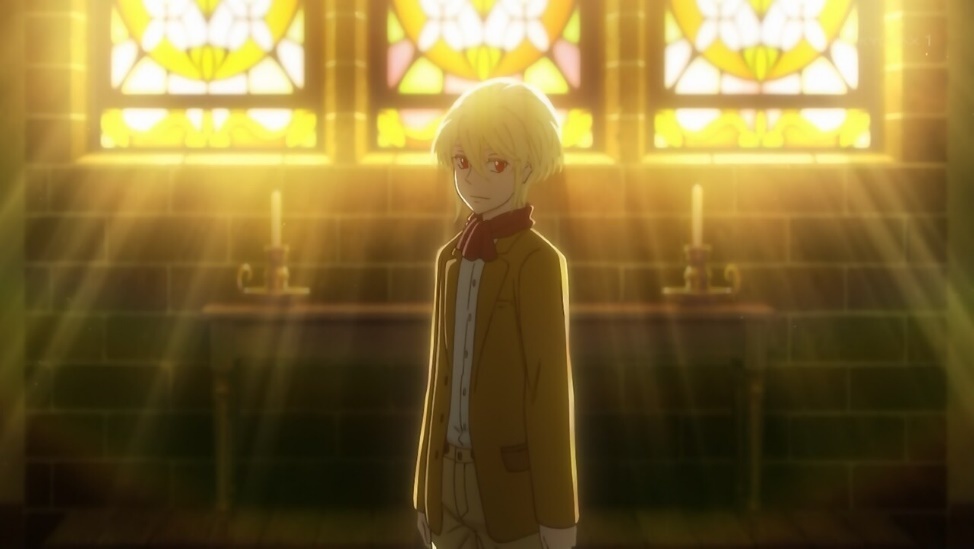 The story of Episode 2 and 3 focuses on the past of the three brothers!

Actually, these Episode 2 and 3 come from the Episode 1 of the original! In fact (some of you might have noticed it from the color of their hair but), the oldest Albert, the second oldest William and the youngest Louis are not the biological brothers……!

Whaat~? They are all clever and have strong insight, though.

That’s why…… right? Actually, the Moriarty’s original family member was only the oldest one, Albert. Both William and Louis were the orphans and adopted to the family. What’s more…… The reason why they were adopted was because they wanted to save face as the noble. In society, to adopt orphans was a ‘popular’ thing as a part of the volunteering activities.

Plus, all the family members, including the servants, treated only William and Louis who were adopted from the orphanage completely differently. Even though they were smart and never caused any troubles, Albert’s family members treated them so unfairly just because they were ‘not the nobles.’

The nobles can be forgiven, no matter how bad they are. Just because they are not the nobles, they cannot complain even if they are oppressed…… Albert was really tired of such a nasty reality. However, that’s why…… Albert, William and Louis were deeply attracted with each other.

What’s special about Moriarty the Patriot? The Episode 1 of the original, which is the same as these Episode 2 and 3 of anime, have such a strong impact! For those who are now curious about Episode 2 and 3 after reading this article, go check out the anime now! It’s quite a development. And after you watch Episode 2 and 3, you will think that what they do is ‘wrong, that’s why it’s correct’……

Oops…… what kind of development is that……

Of course, the story is about Professor James Moriarty…… ‘That Man’ will soon appear in anime too~! 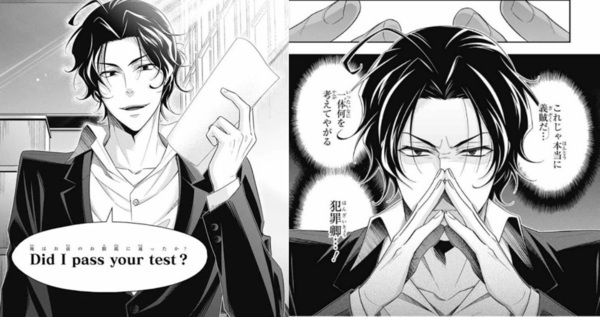 Oh? This unique pose where his fingers are touched together like that is……!

All right now! This is all for today! We’ll see you all at the next article! Bye now~!!
Moriarty the Patriot (Yukoku no Moriarty)