※This article contains our personal feedback and some spoilers of Episode 1 of Jujutsu Kaisen (Sorcery Fight)!
This series is one of the well-created anime among all the Fall 2020 Anime, so for those who haven’t watched it, and then read this article! 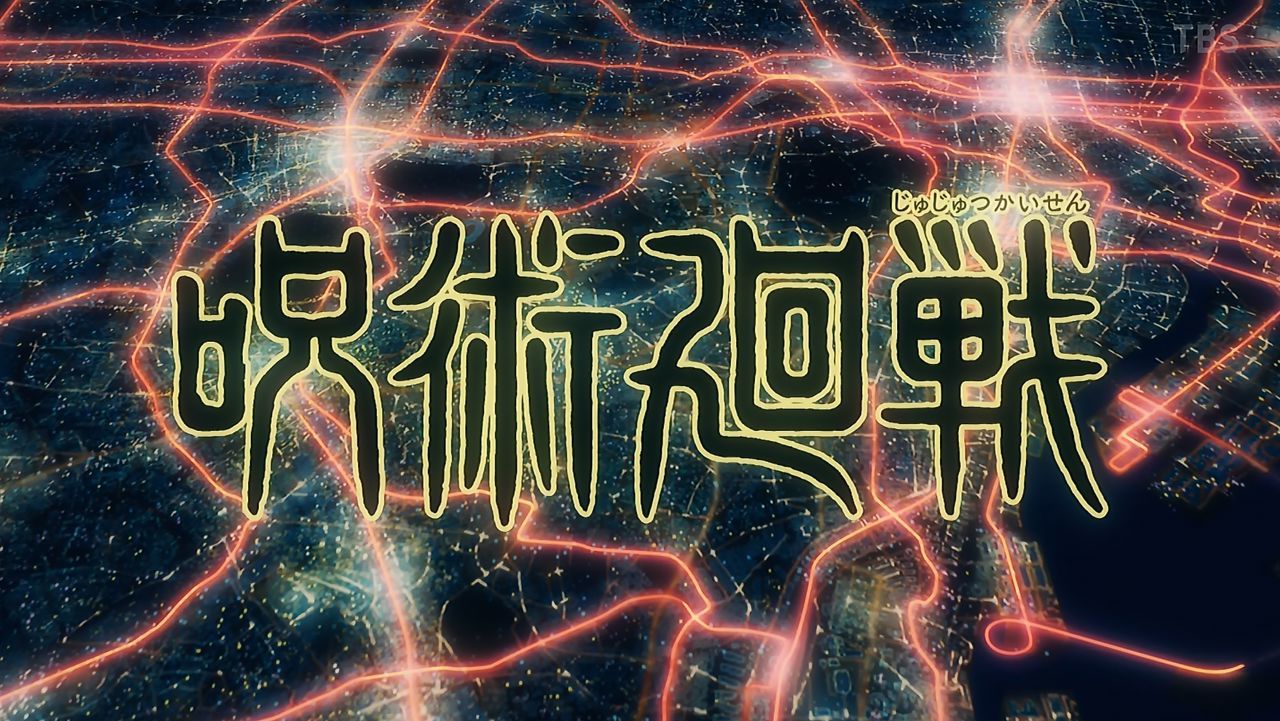 Heeeey~! Hello everyone! Episode 1 of Jujutsu Kaisen (Sorcery Fight), broadcasted as one of the Fall 2020 Anime, was quite fun so let me give you feedback! It’s Saori from Otaku Republic!

Aaand, hello everyone. I’m Otaku Republic’s Boss. Yeah! Same here! I watched it and I thought it was incredibly well-created so you gotta watch it too.

What is Jujutsu Kaisen (Sorcery Fight)? It’s a Japanese dark fantasy manga series, currently serialized in Shonen Jump. It’s been popular as a comic but it went viral even more after this anime adaptation!
【Sorcery Fight】“Any Interesting Manga?” “Jujutsu Kaisen!” 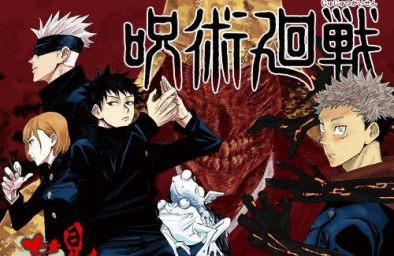 The Opening Was Breath-Taking.
The Featured Music Has Currently Been Played 1,900,000 Times! 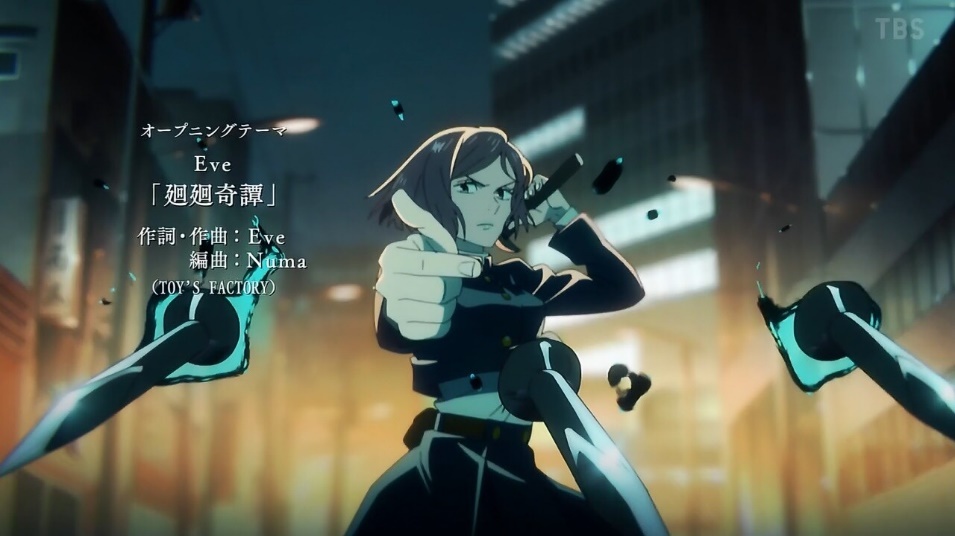 First off, (even though it was interfered by the intro and one scene in the middle,) the opening music impacted us in a tremendous way! It’s got momentum but smooth all through the music at the same time, along with the images, making us feel of moving fast!

I also liked the high point through the ending part of the song, where so…… many chara appeared, which made me feel that it’s the typical Jump Anime! The artist, who’s singing the opening song of Jujutsu Kaisen, is the group called【Eve】, who also worked on the ending song of an anime called ‘Dororo’!

By the way, which scene did you like most in the opening, Saori?

Of course, I loved this scene! 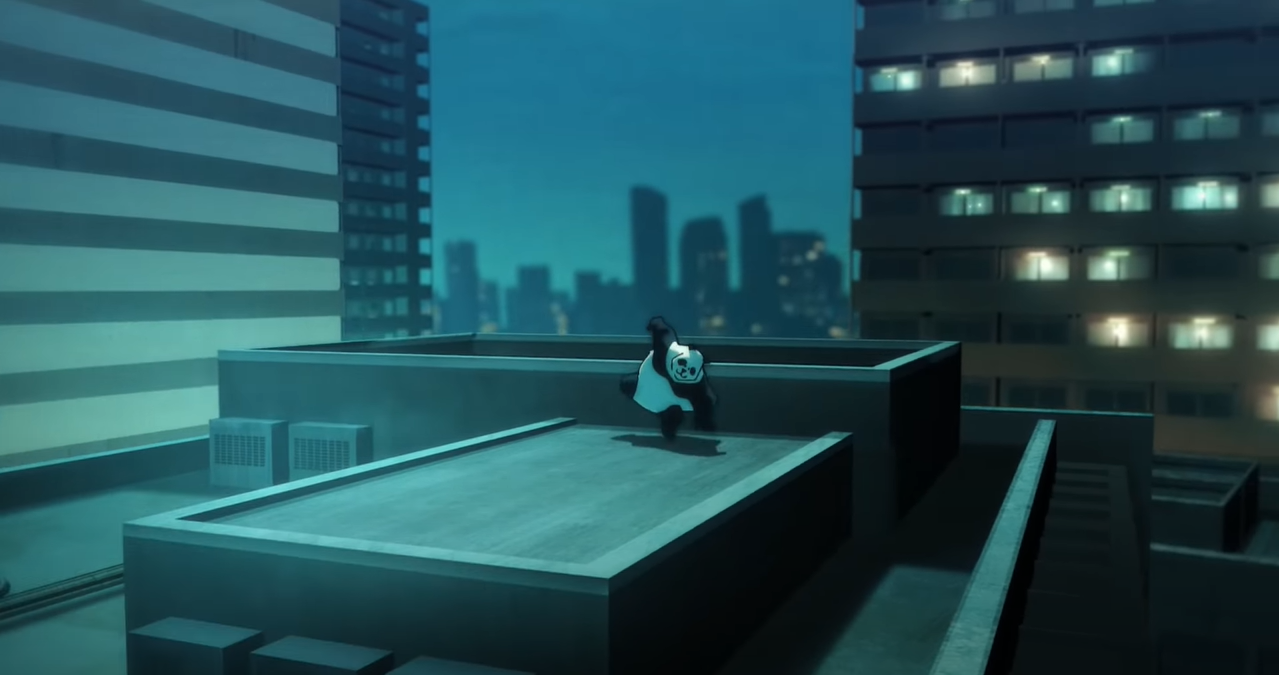 Yep. I love this scene, where this panda is running (it was clearly the smoothest move), but I love this one too. 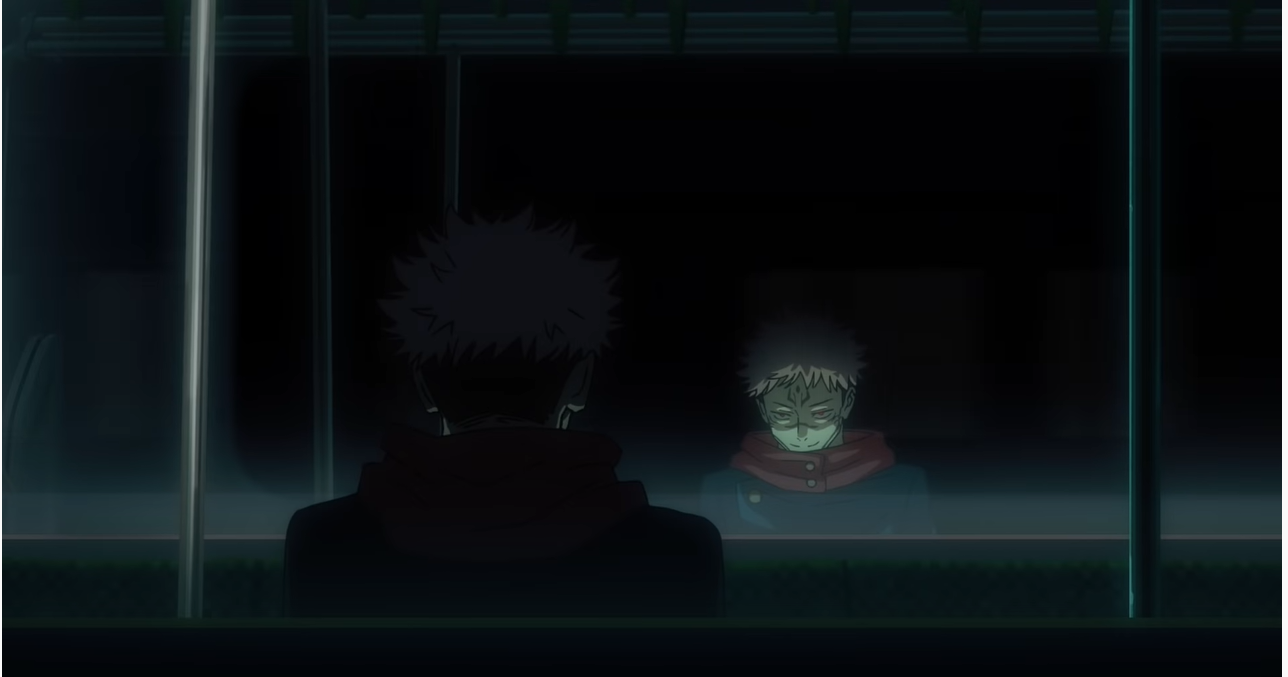 Even though it was just an instant scene, it was such an effective way to make us feel disquieting before it goes to the high point. Other than that, each character was depicted so detailed that I had to repeatedly pause and take a look at them……! I have a feeling that there will be a little change as the episode goes on too! 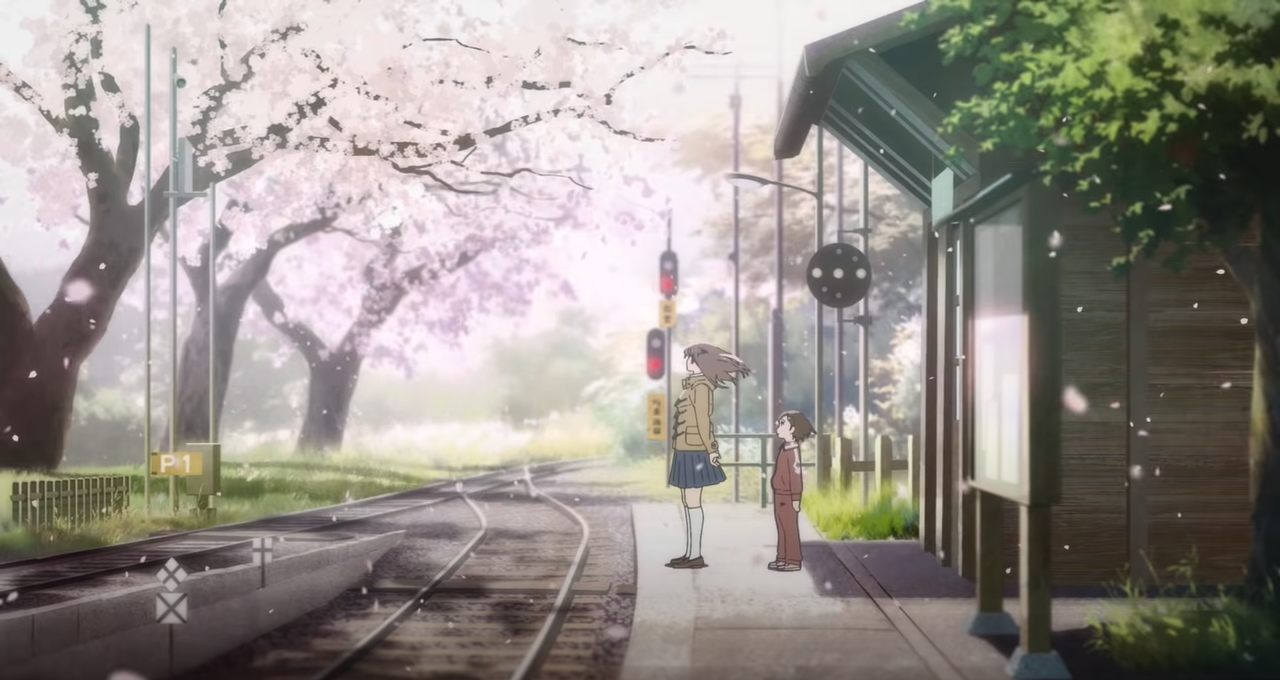 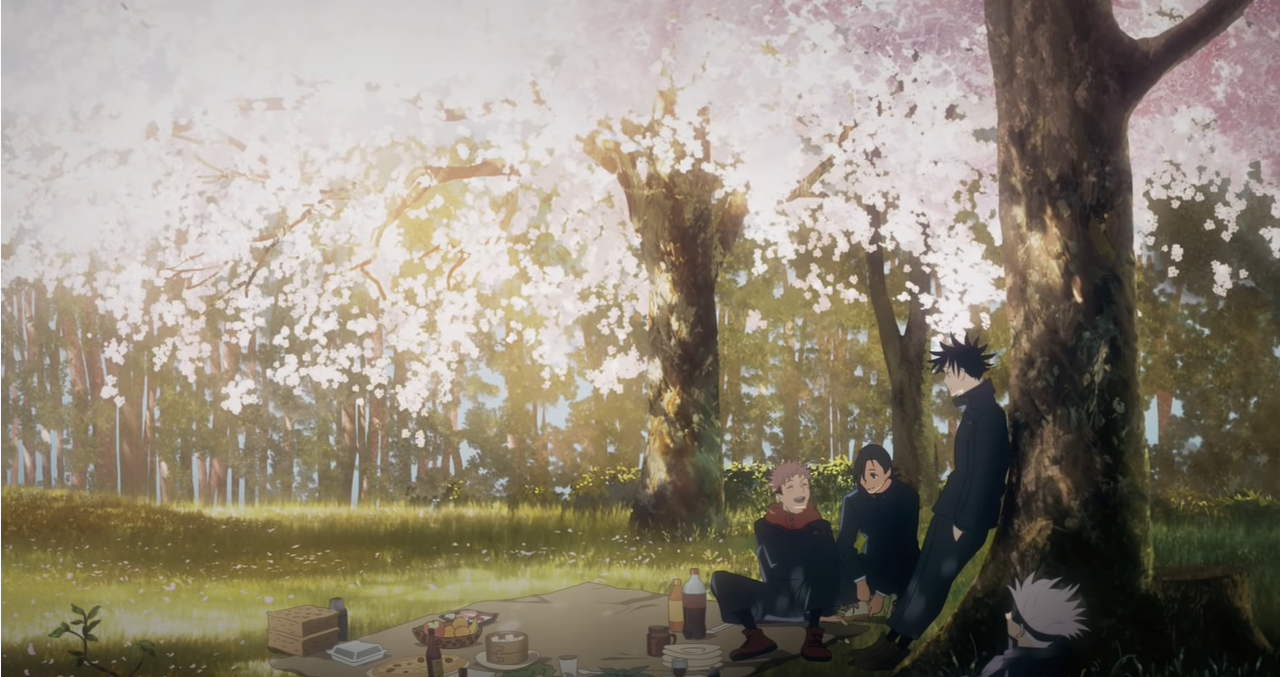 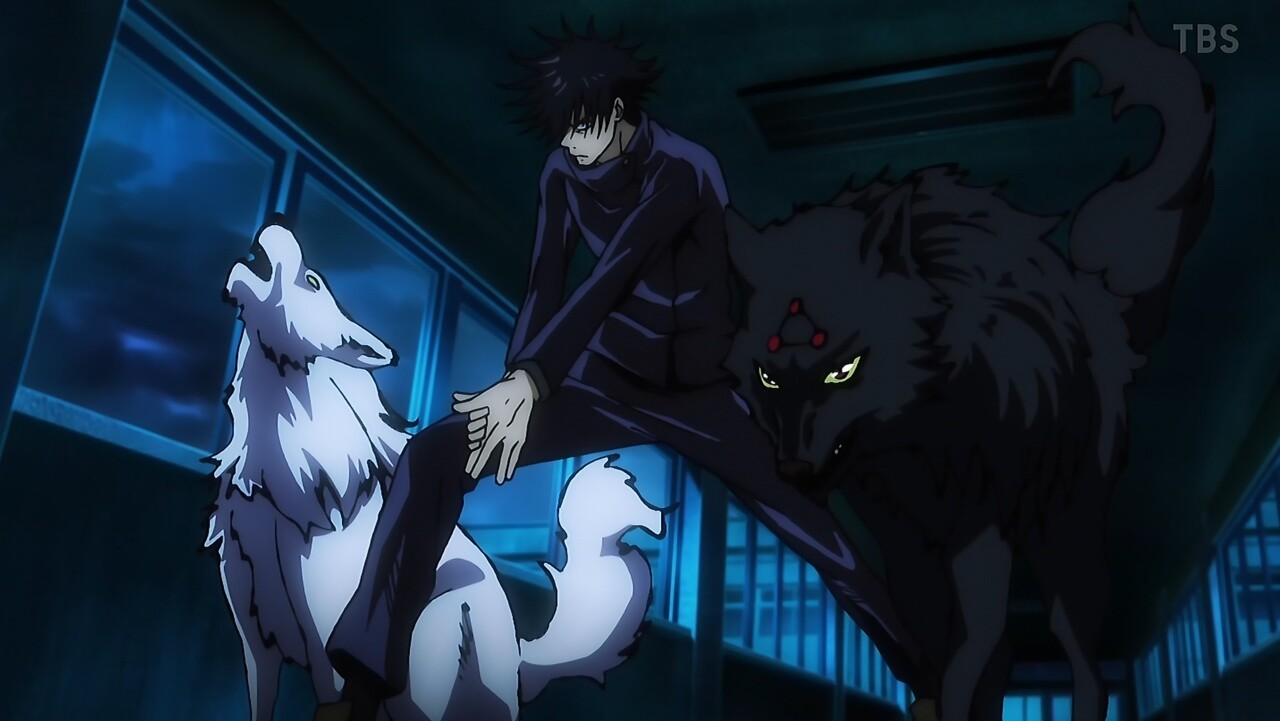 The drawing at the end of episode 1 of anime (at school at nighttime) was super awesome, huh? The school scene at a daytime was cute with a comedy-style touch too, which makes the night scene stand out even more. I was almost pulled into there. Personally, I loved the scene, where Megumi-Kun runs on the hallways! It wasn’t even a battle scene but it was depicted so smoothly (just like the panda mentioned above)!! 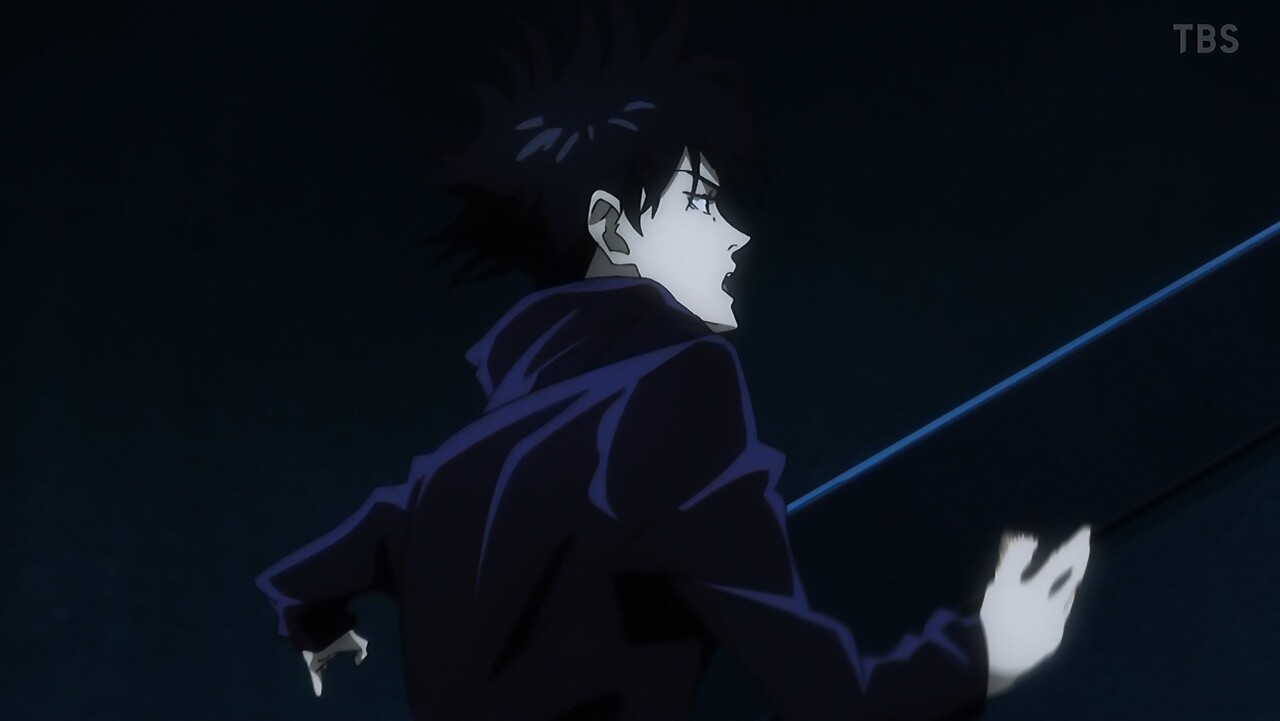 To me, I love Megumi-Kun’s dog Shikigami, and the scene, where he was eating curse so seriously, was so cute……! He was so adorable in manga series too but I now love him even more with this anime scene……! Aww…… Cute! 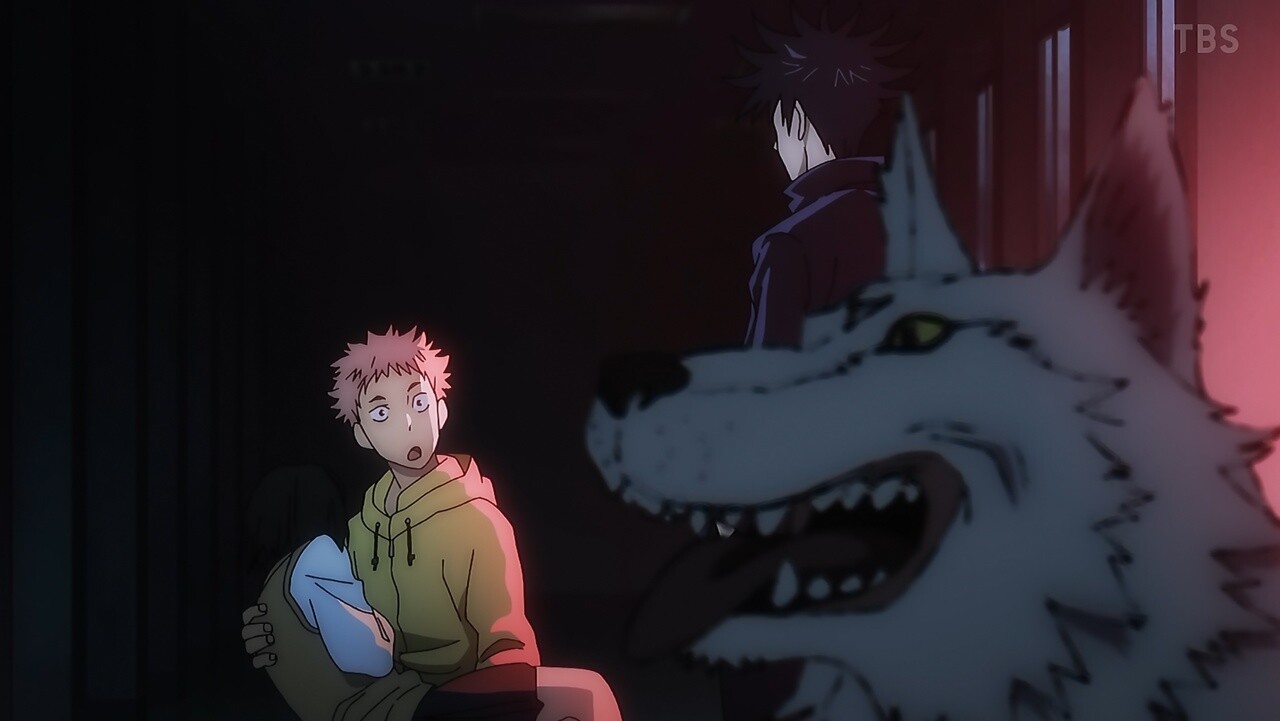 And this was not the full-scale battle scene yet but the scene, where Yuuji-Kun went out and fought against the curse, was so acrobatic that I couldn’t help but think ‘Well, I didn’t know Yuuji-Kun was this athletic……’ In the original manga, it’s a still image for better for worse, so I realized how high his physical ability was in anime……! 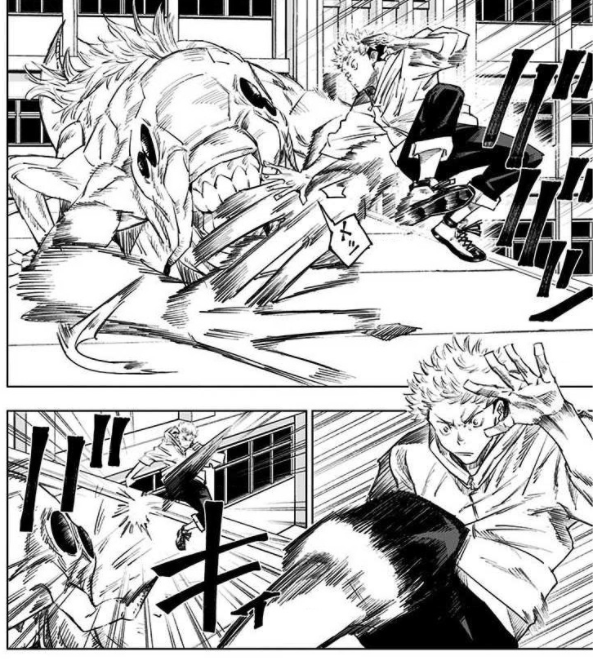 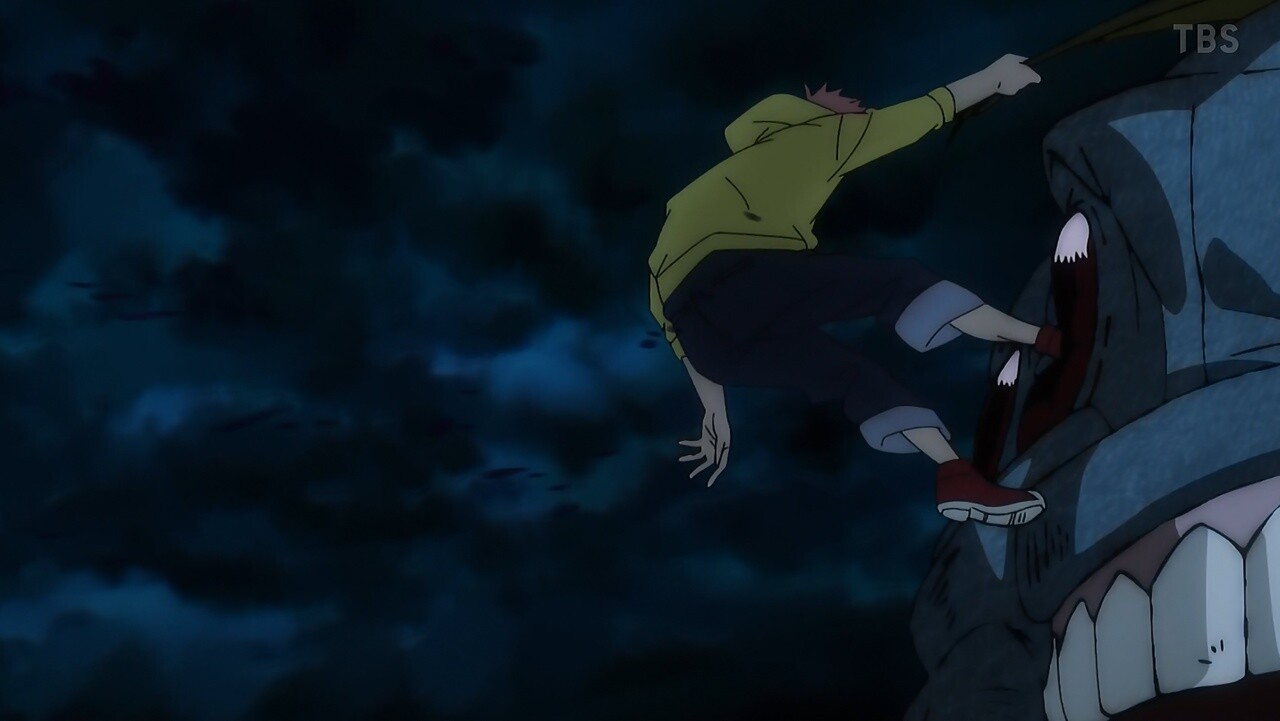 Oh, by the way, in the manga series, he looks more relaxed when he eats a finger, but in anime, he really looks under the gun! It’s so detailed but a really good change, I guess! 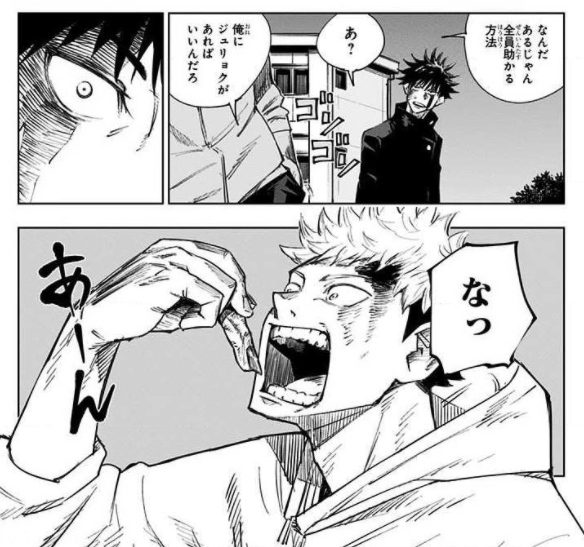 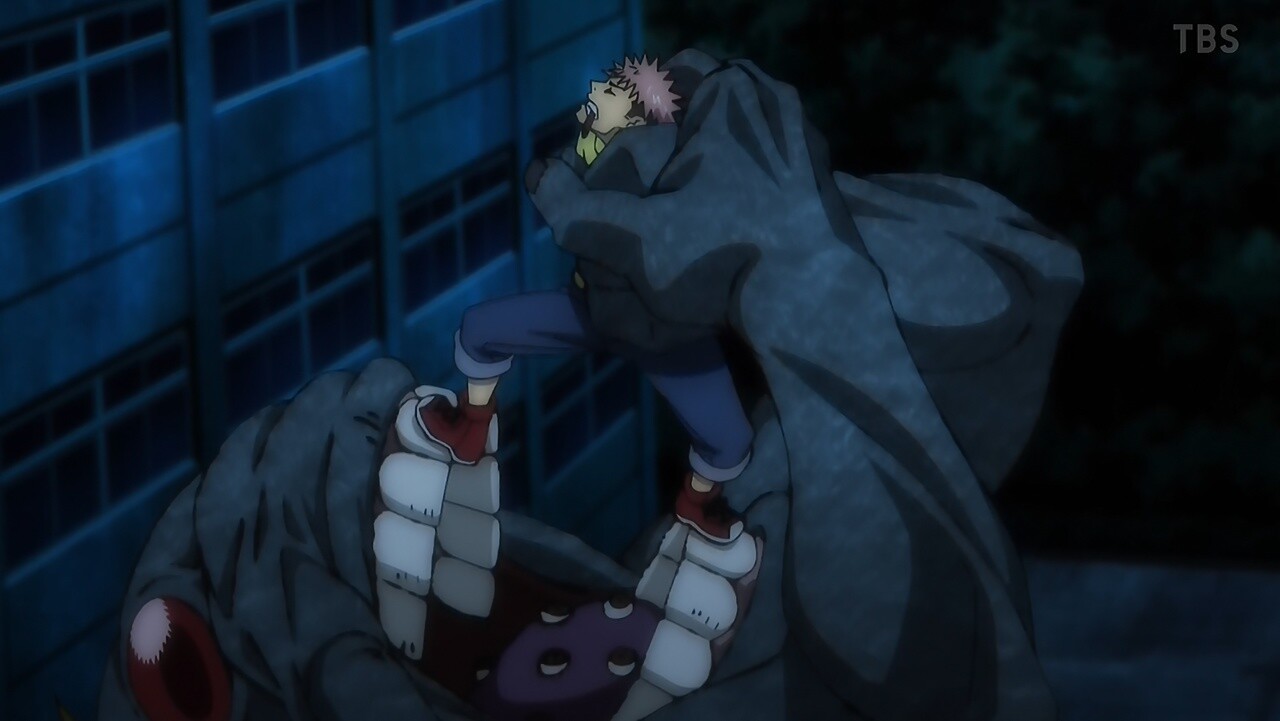 Yep, I agree. It was a good scene. We might see this kind of good change from now on too, which also keeps the original still good at the same time! This scene was super thrilling, though! He almost got eaten……!

Spookiness Peculiar to Animation.
We can see disquieting atmosphere in many anime scenes, which the original also has!
Especially for the scene, where Ryomen-Sukuna appears……!

It’s something we all know but the spooky scenes gets even spookier in animation, huh? 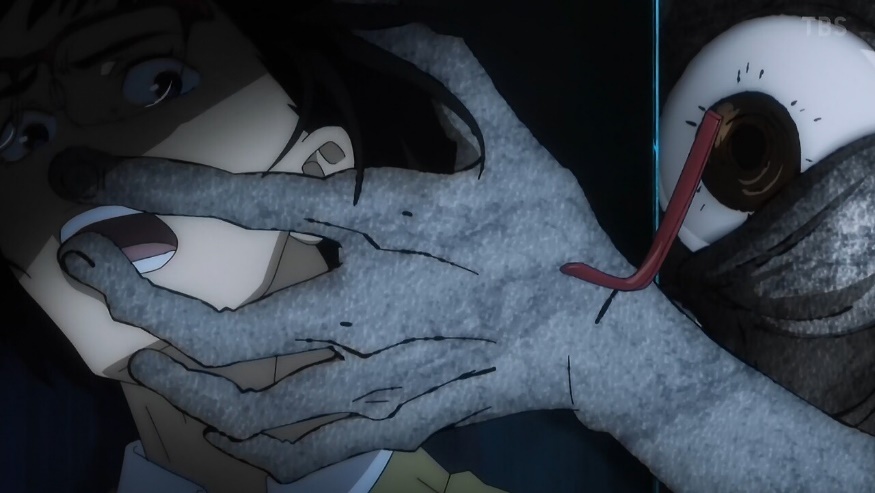 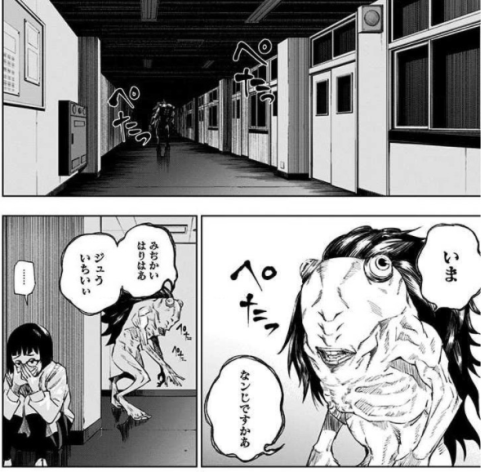 Yeah, it was spooky, huh……? In manga series, I thought they were even a little cute but in anime, I was even at a loss for words when a mysterious creature emerges in the dark along with the music……! 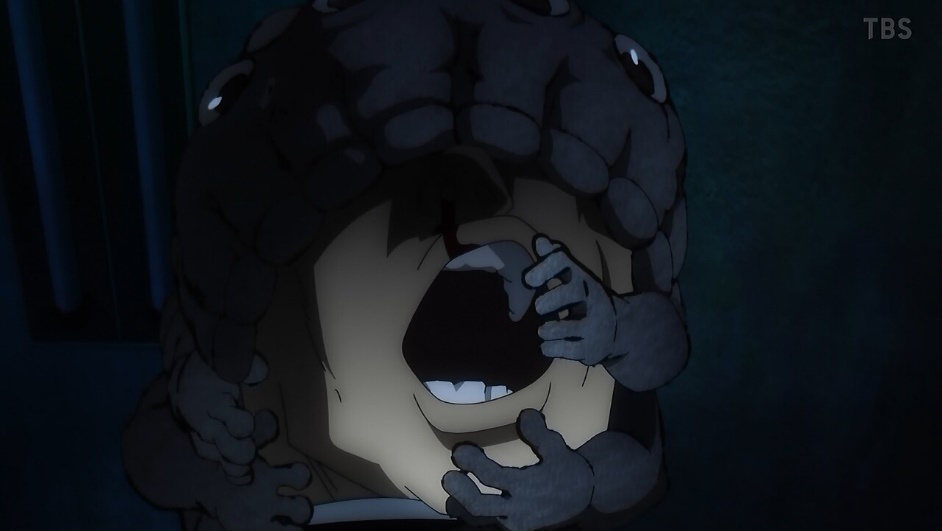 The enemies appearing in episode 1 are not that strong but as the episode goes on, more and more spookier creatures will show up……

And to me, (it’s so detailed but) Ryomen-sukuna’s monster-ish atmosphere got even clearer in anime. In the original manga, his eyes were not really focused as well but in anime, his super unfocused eyes looked so creepy and I understood that they were the dangerous ones right away. 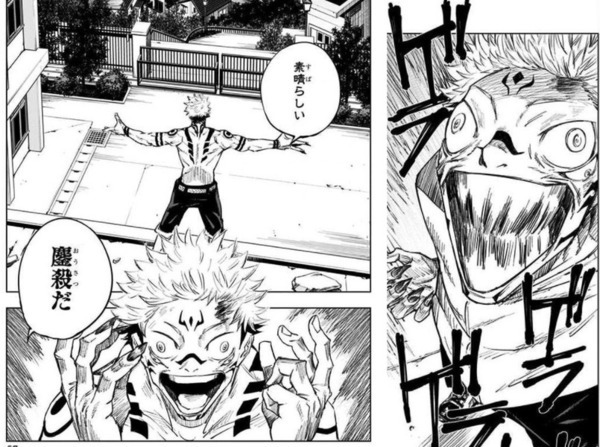 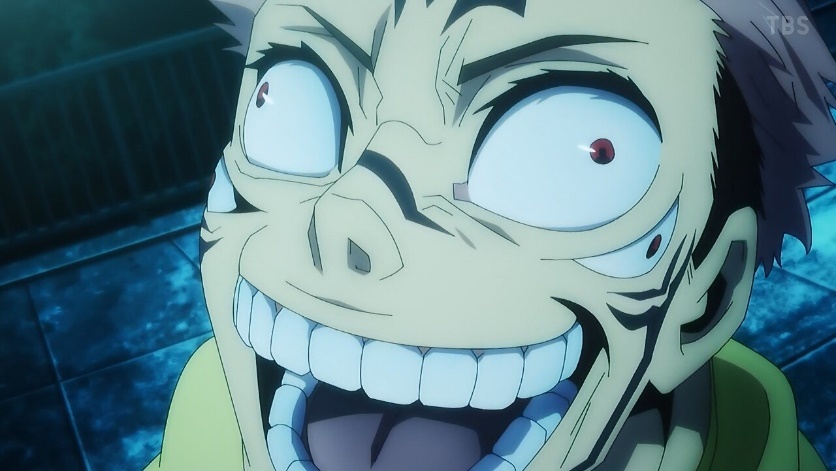 This one is so detailed too but in this scene, the second eyes (the bottom one) were poking out so much that they were so creepy too. The description is so clear like this, which might be the best part about anime! 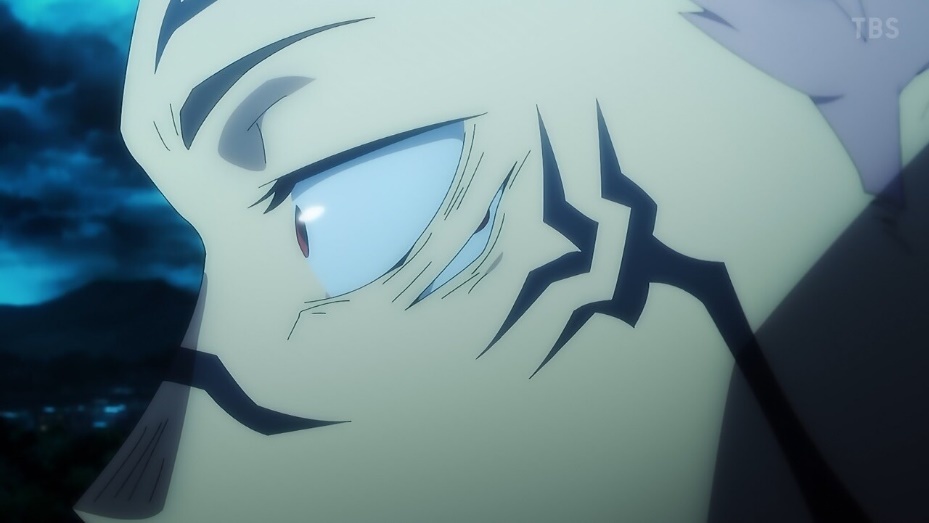 By the way, the story of the manga version episode 1 ends in the same scene as anime’s episode 1 too. In the beginning of anime, there is a scene which we can see in a couple episodes ahead from the original but anyhow, this anime was fantastic, showing us the same attraction as the original with animation!

They also announced that there will be 2 seasons (containing about 24 episodes) to complete, not the 12 episodes long! So everybody! Let’s keep an eye on this ‘OUTSTANDING’ anime series, which will air until next March!
Now OVER 880!
How About Doujinshi of Jujutsu Kaisen (Sorcery Fight)!

https://otakurepublic.com/product/tag_page.html?tags=545835
From the Latest Volume to the Whole Set!
The Best Place to GET the Original Comics of Jujutsu Kaisen (Sorcery Fight)!
Our Sister Site, Manga Republic! 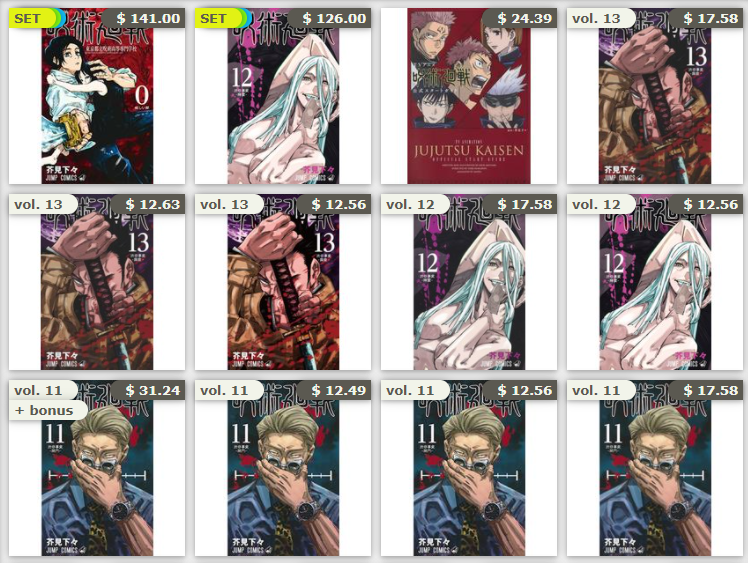