Hello everyone! It’s Saori from Otaku Republic!
Speaking of a now-hot mobile (smartphone) game?? What would you pick?

Aaand hello everyone. I’m Otaku Republic’s Boss.
Now-hot, right……? I would say Twisted Wonderland, with the theme of the villains, which we have featured a couple times in the article before.
【Twisted Wonderland】Its Motif Is Disney Villains! Now-Hot App Game in Japan! 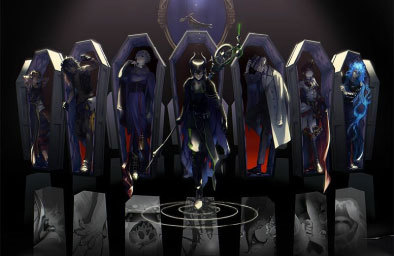 Yep! That’s for sure…… Twisted Wonderland is still going viral in Japan but…… another mobile app which just released in August 2020 has been drawing so much attention now!
So today! We’ll feature a Hero×Training×RPG, “HELIOS Rising Heroes”, which is brimming with potential!! 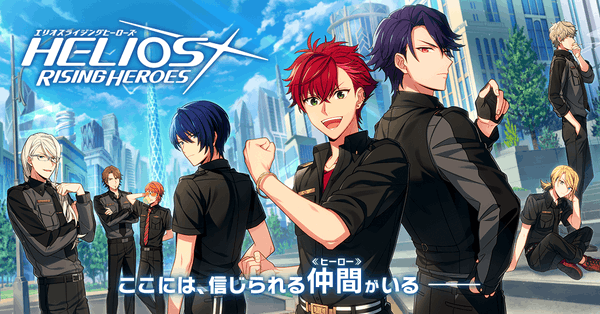 Oh yeah! Hero genre’s game, huh! What kind of story is it…… I mean. what kind of app is it?

What Is HELIOS Rising Heroes?

It’s the new mobile game app, released in August 2020 by Happy Elements.
The genre of the game is a “Hero Training Command Battle RPG”. Pre-registered people of this game are now over 130,000 and the number of the registered people and the players are still growing. 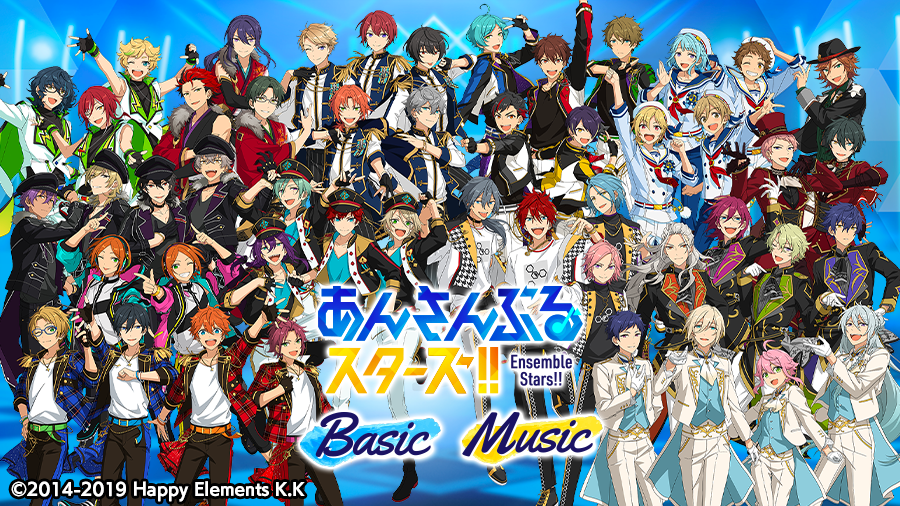 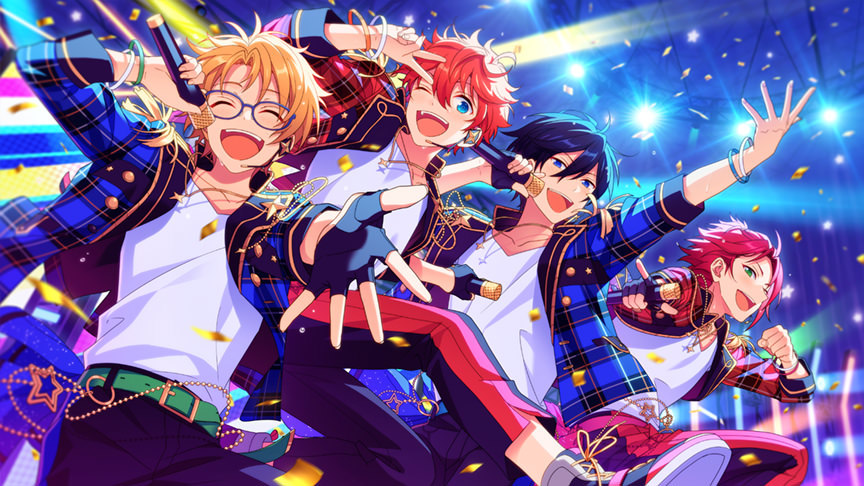 Right. Since its anime has aired too, it’s still going viral with the story in the app getting evolved like that, huh?

So! HELIOS Rising Heroes is the latest production by the company, Happy Elements, which also created such a popular Ensemble Stars! What kind of game is it……?

What Kind of Game is HELIOS Rising Heroes?

The story is set in the modern earth-like world.
50 years ago, a high energy source called サブスタンス（“Substance”） from outer space dropped on the state of Million, bringing unlimited resources to Earth which at the time was depleted from natural resources. Although it may seem that “Substance” is a blessing, it was also the source of world-spread disasters and people ended up being struggled with them.
The victims, the state of Million, established a strategic department called HELIOS and entrusted the energy crystals discovered from the Substance to a trusted few. The “Heroes” are then born to save the world and to bring in peace. 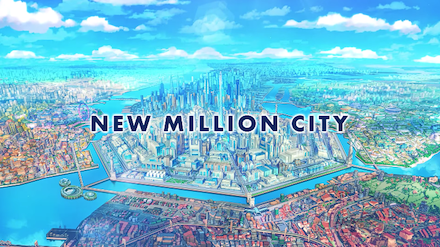 As time went by, the story is set in a newly born city called “NEW MILLION”.
The players consist of 15; eight rookie heroes, who have passed the 13th heroes audition, and seven hero mentors. These 15 HELIOS become the “commanders”, band together and save the world!

In this town, heroes are rated by the points called Sector Ranking and the outstanding heroes are able to promote to the ‘Major Heroes’!

The mentor is namely a ‘Senpai hero’ who is supposed to support the rookie hero so he can complete the training program! 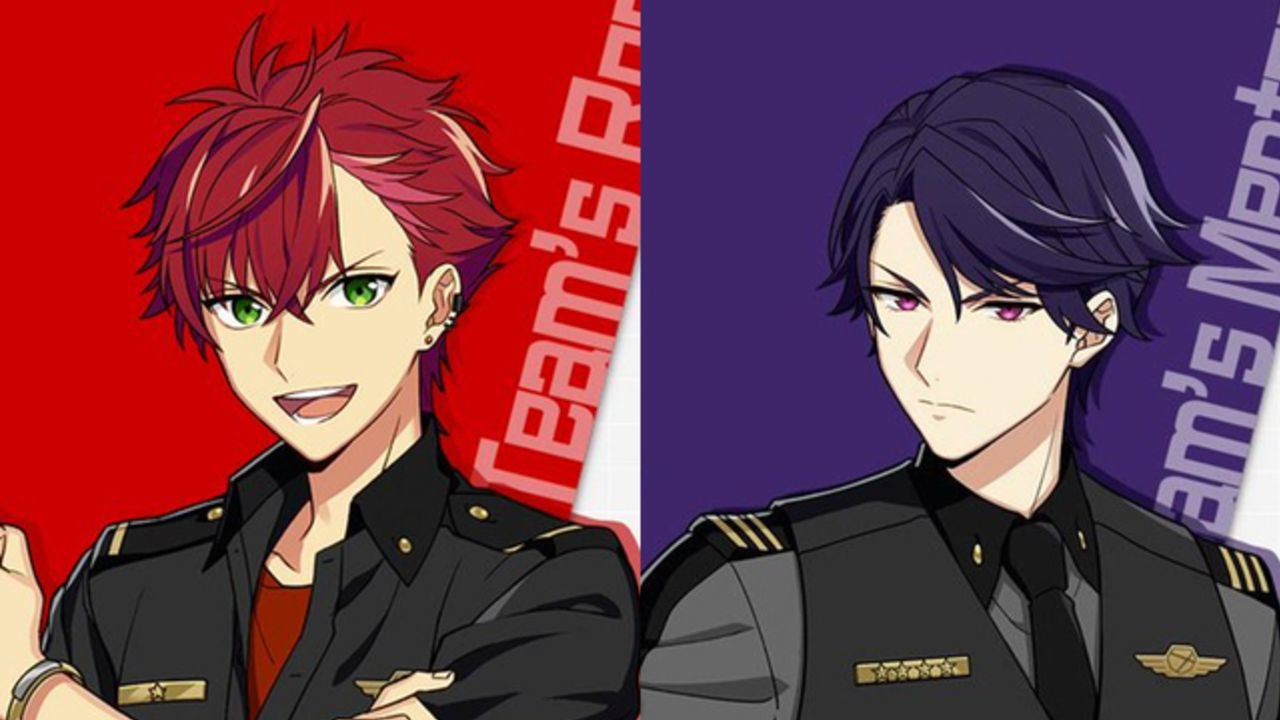 So that means, this is a story, where the rookie hero and the senpai hero save the world, growing together, huh?

Yep! One of the characteristics about this game is that ‘each hero has a superpower’, and that ‘each team has a district which they are in charge of’!

Oh yeah! I’ve actually played some so let me share what kind of game it is with you! First off! Lets’ set up the name! It’s quite an important thing to do, huh? Of course, I’ll go with this name! 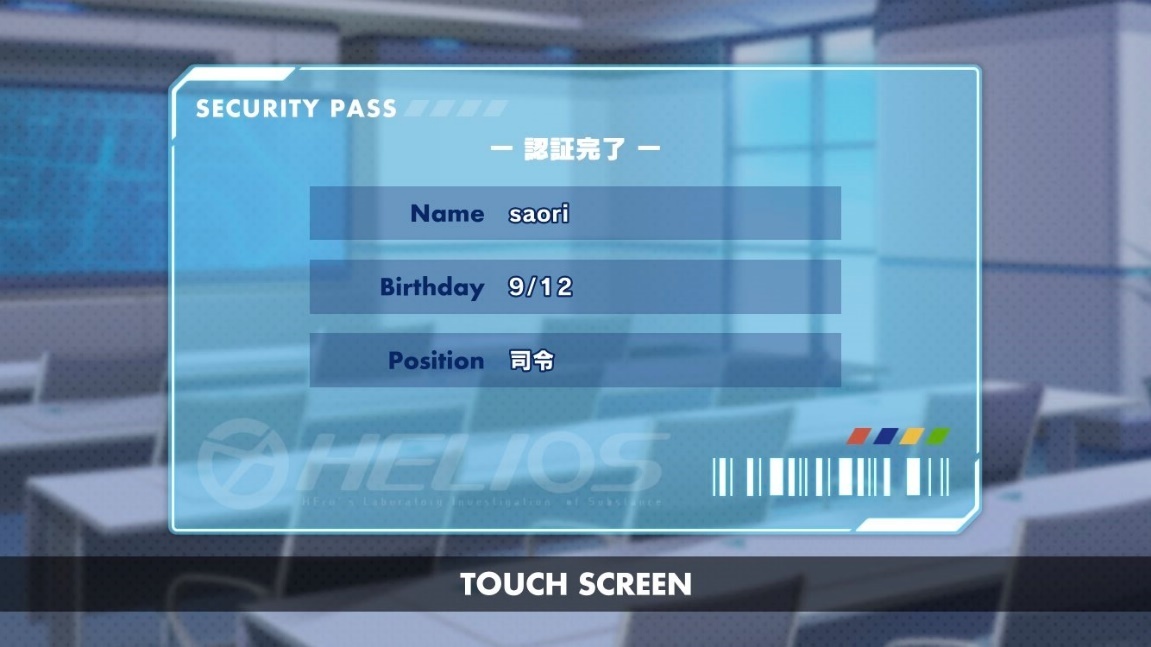 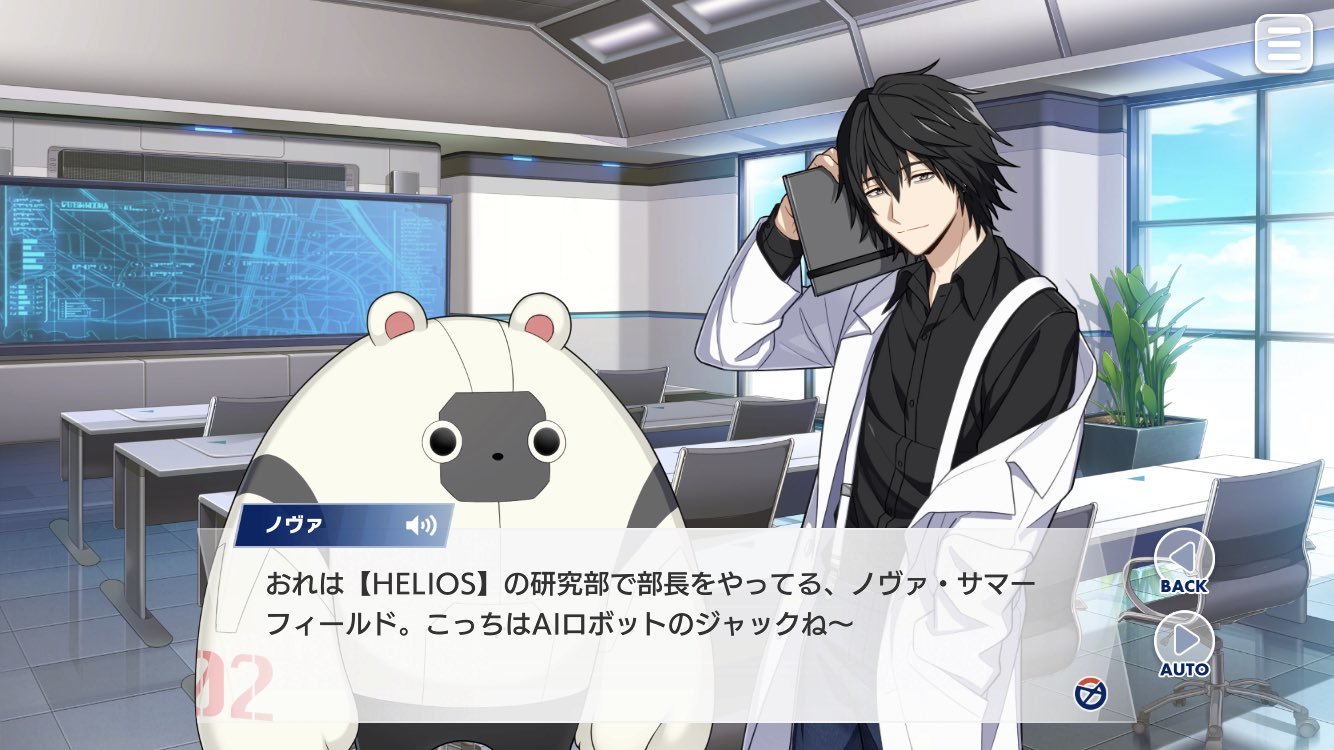 Mmm. It looks like I’m in the middle of the training session as the rookie commander, huh? The trainer chief, Nova-San, and an AI robot, Jack, welcomed me!

I bet Jack is your type, no?

Well, as the first thing to do in the training, the tutorial of the battle started!
Mmm…… it looks like we’ll go on to the battle advantageously by making a good combination of the character cards and the equipment, huh? I see some chara need a specific equipment to use the special skill or I can use the special technique depending on how I join up the party! 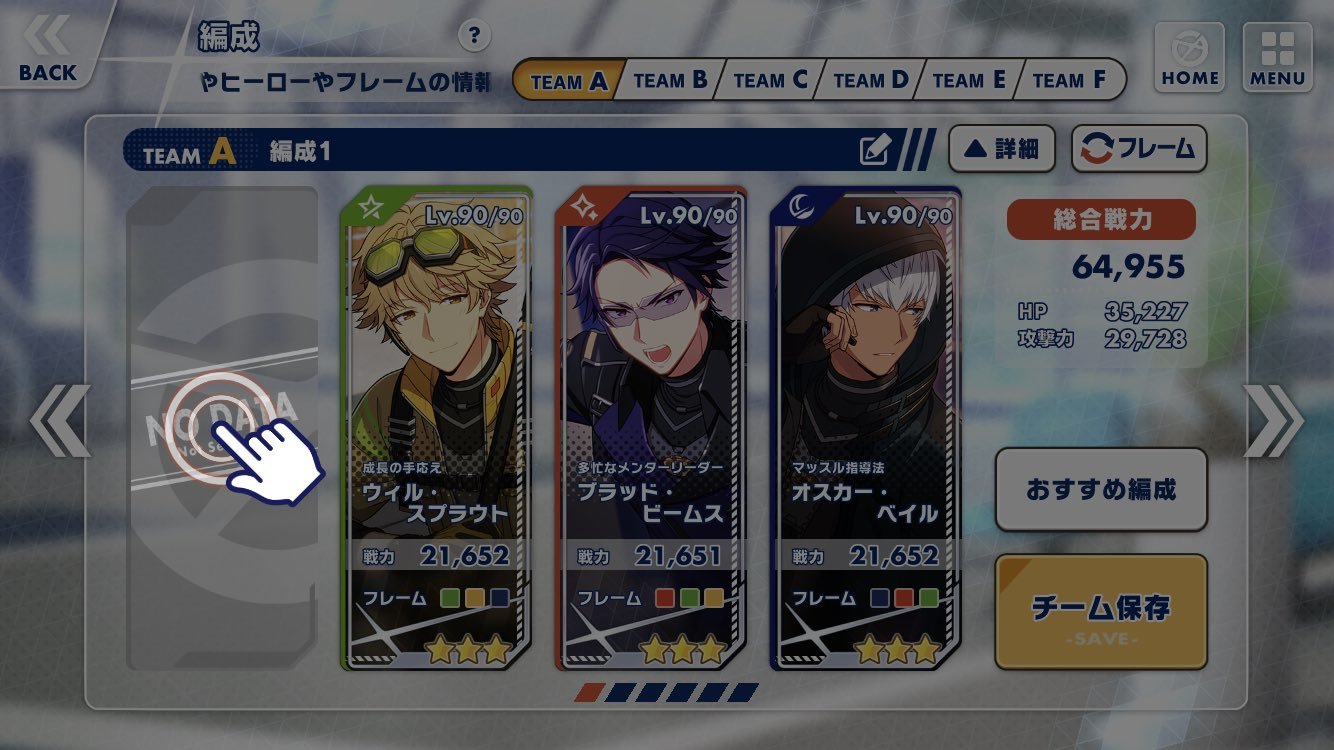 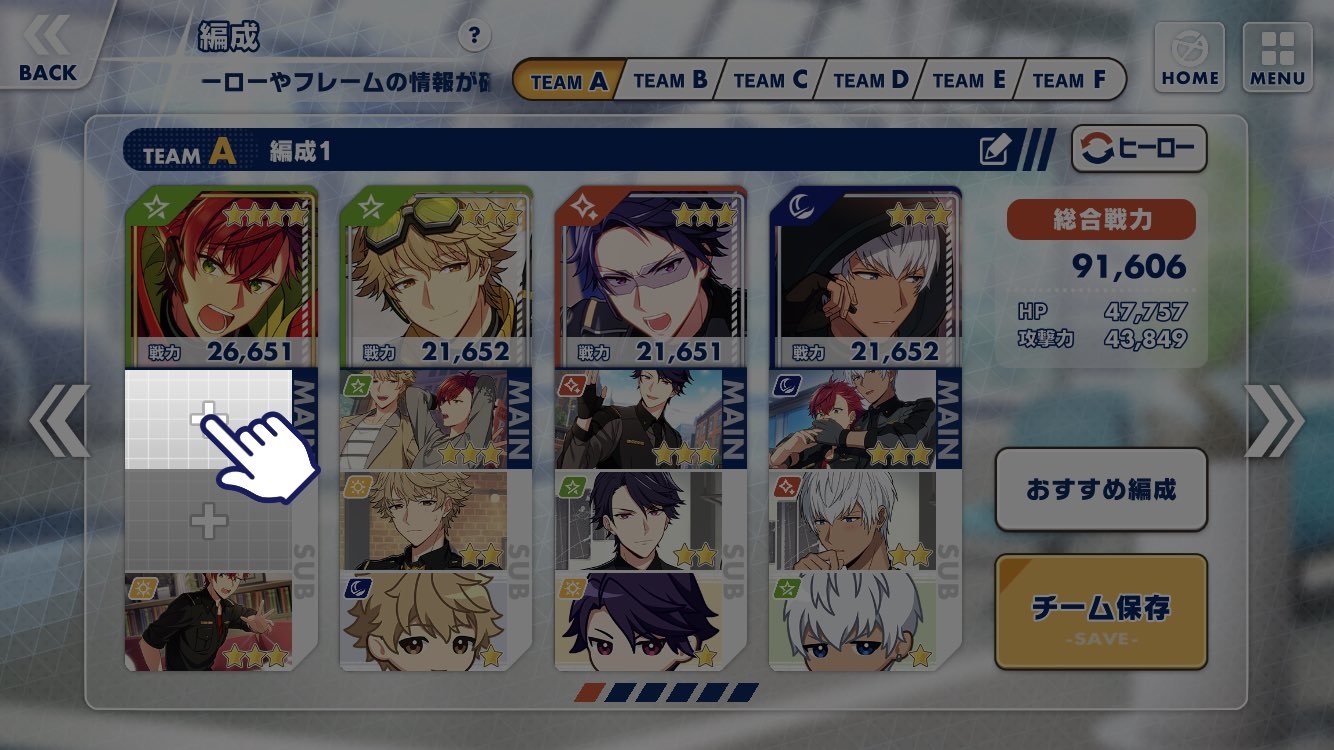 Wow~ I see quite a lot of equipment here. You can choose the best one for each chara, huh?

And here is how the battle looked! The opponent is the Substance who keep affecting the town!

What!? Do the Substance move!?

Yes, they do! They were even a little cute……
What the player does here is to try to win the battle by deciding the order of which one you attack, and assigning the targets advantageously! 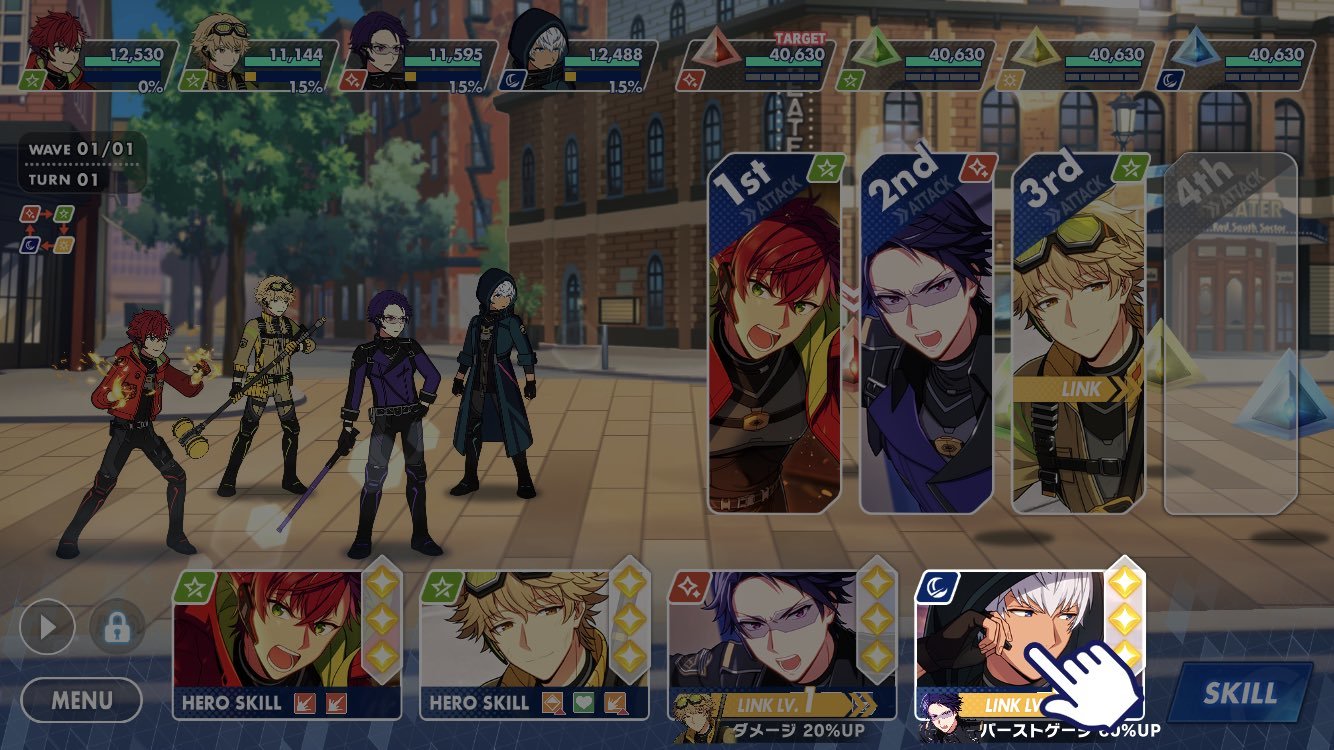 This game focuses on battles so the battle performance was super gorgeous! The special technique was just like the one in anime!! Especially the chara, who used to be the mini chara in the party, showed me a beautiful performance and a special move! It was super cool!! 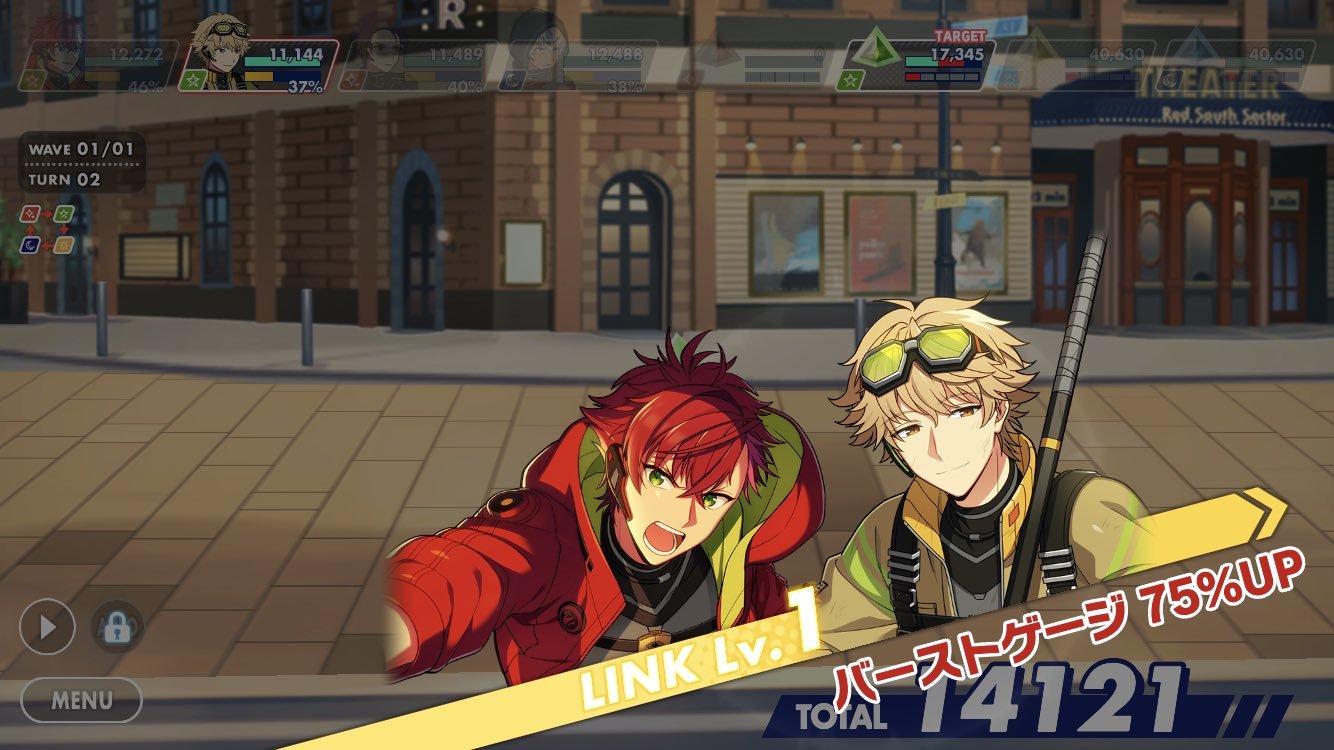 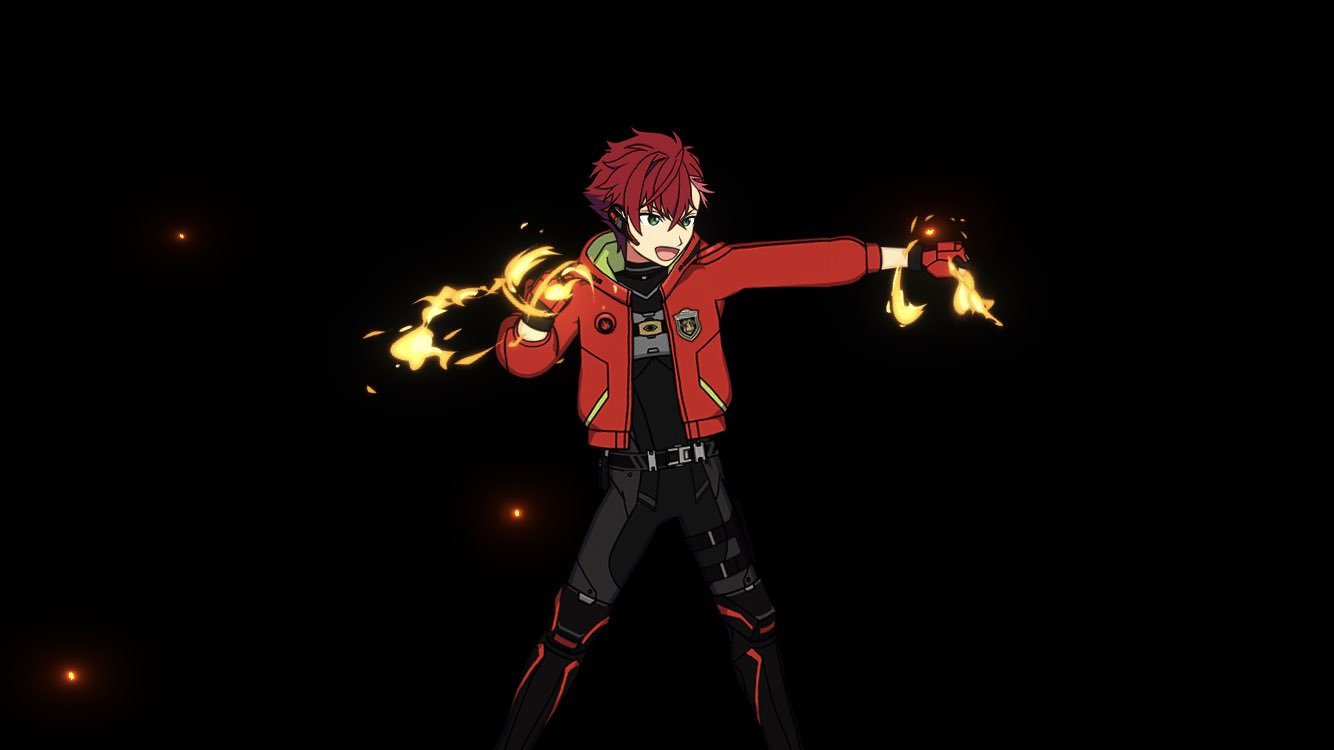 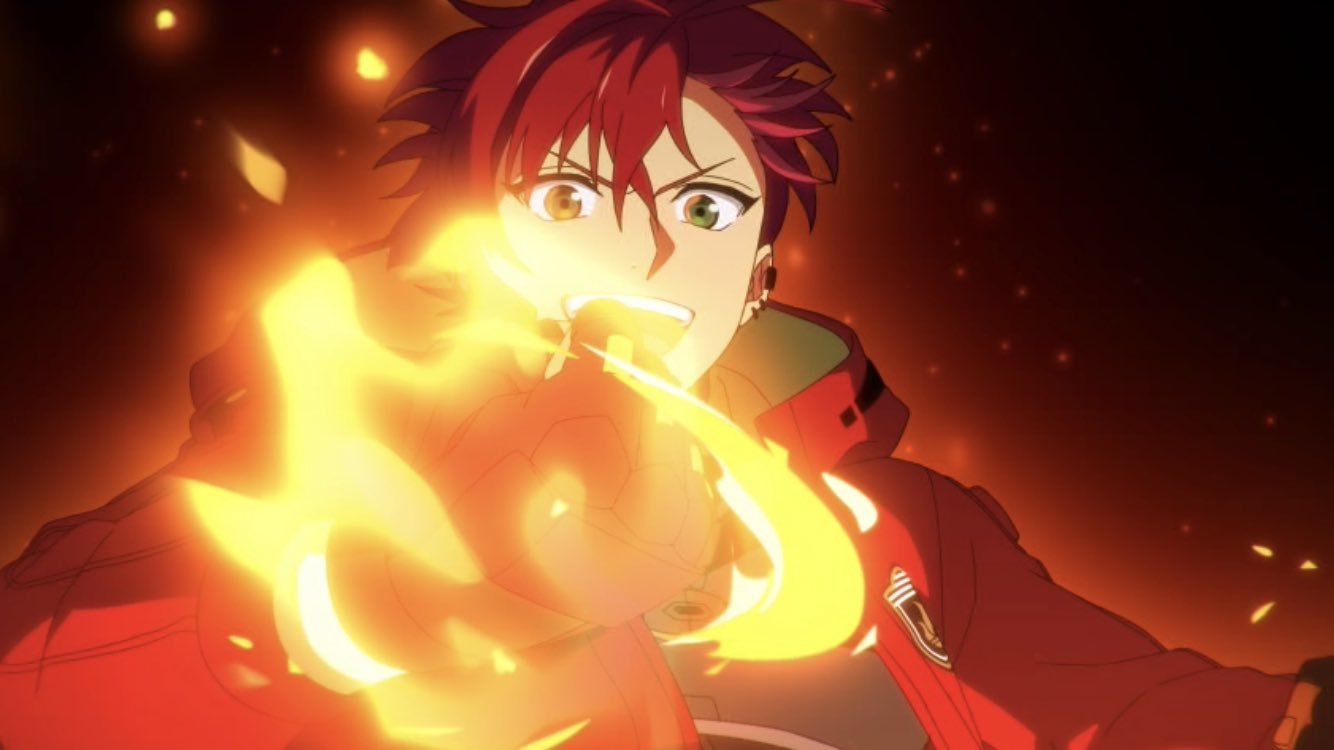 Wow~! That is beautiful! It’s just like a scene in anime!

It’s unfortunate that I cannot show you the video but…… all the movements in this battle were so gorgeous!! I was still at a tutorial but I cannot wait to see other chara show me their special moves too! 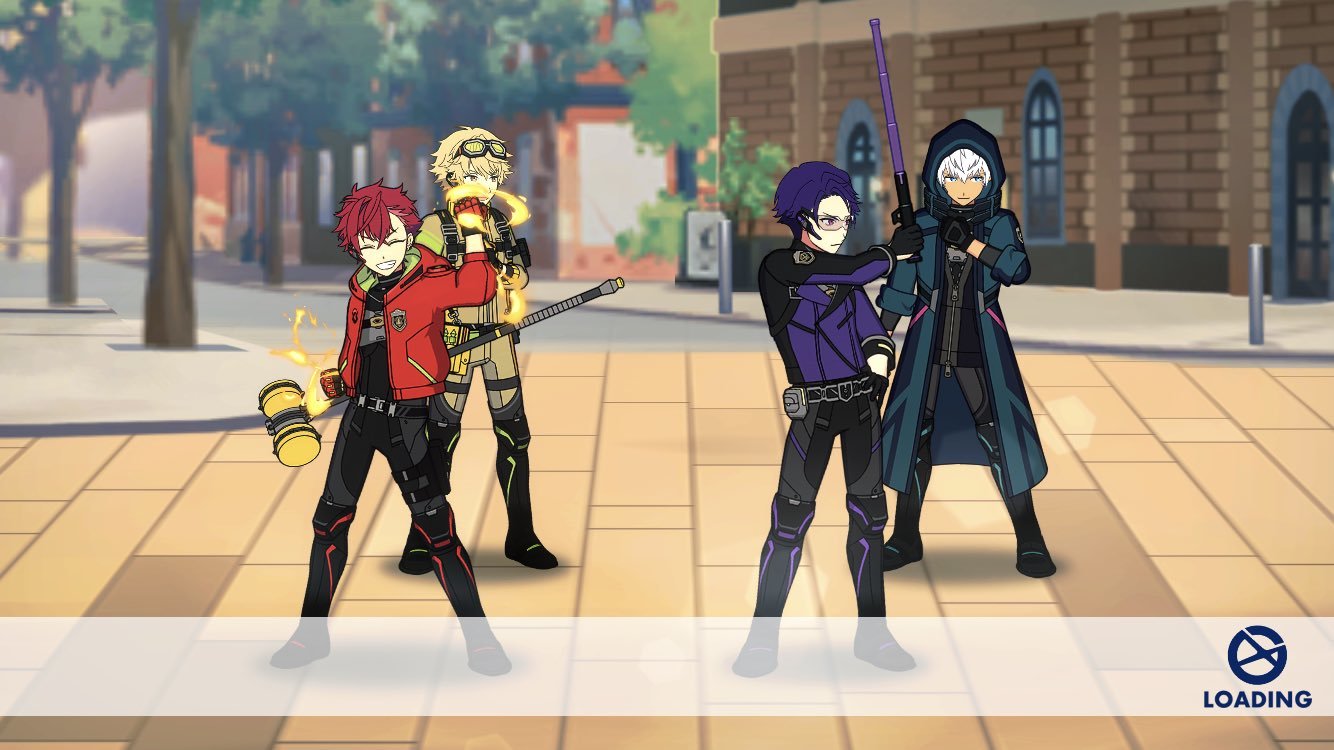 By the way, I’m able to get one chara that I like most from these four chara that were in the battle!

Who did you pick?

I picked the mentor leader of the team, Brad Beams! His special ability is to control the metal! I chose him because he looked so cool when he was shooting the gun super flashy in the battle!!
I didn’t take a screen shot of that scene because I was just fascinated by him…… 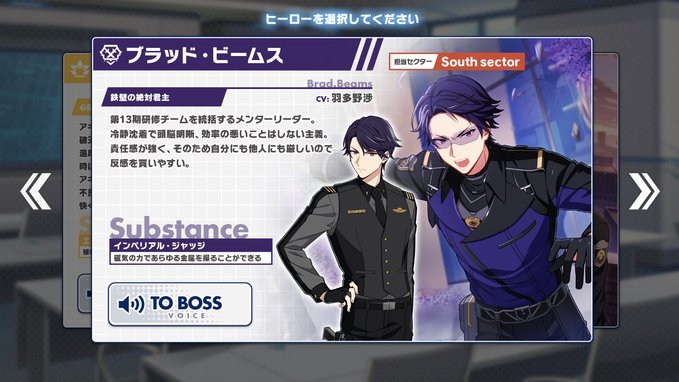 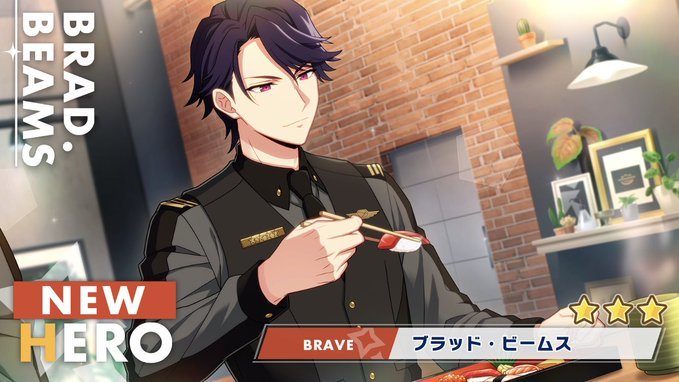 I wonder if they have wasabi in it…… So grown up, huh?
Well, meanwhile, the opening movie starts…… 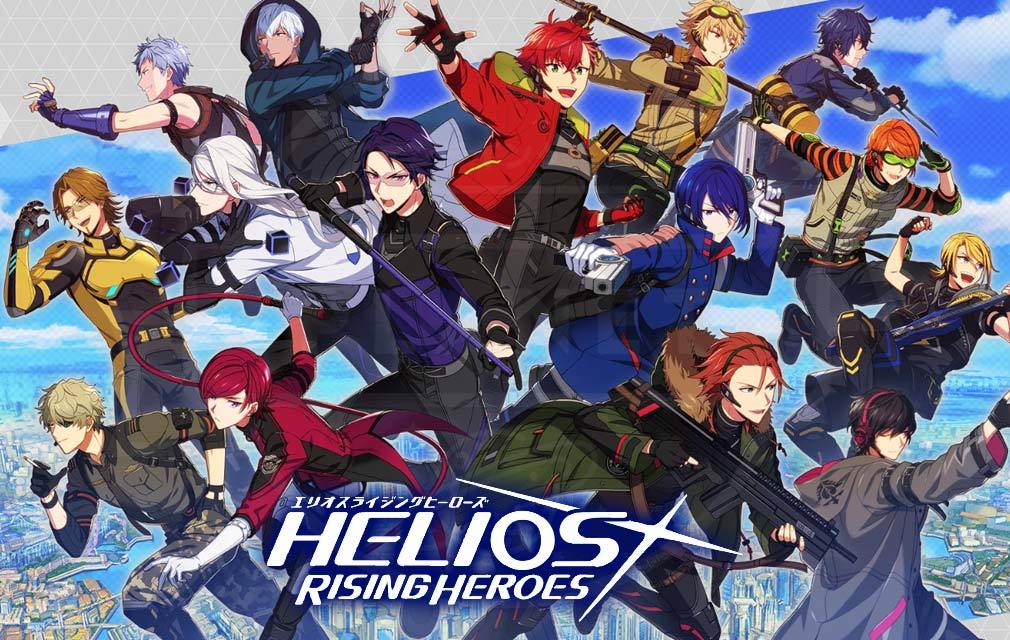 Well, this is the perfect timing to finish sharing with everybody, huh? We’ll wait for more attractions of this game the next time you feature!

Already now! This is all for today! We’ll see you all the next article!
Bye now~!!!
Ensemble Stars!, Twisted Wonderland, HELIOS Rising Heroes