So you guys!! Have you heard of Edo BL that’s now going viral in the BL Manga industry!?
Edo is literally means the “Edo Period”. Not only its setting but the perfect image and the sad and serious atmosphere are also its attraction and it’s gradually becoming HOT now!
Today, I’ll be featuring a Now-Hot “Momo to Manji（百と卍）”, also sharing how attractive Edo BL is with you guys!! 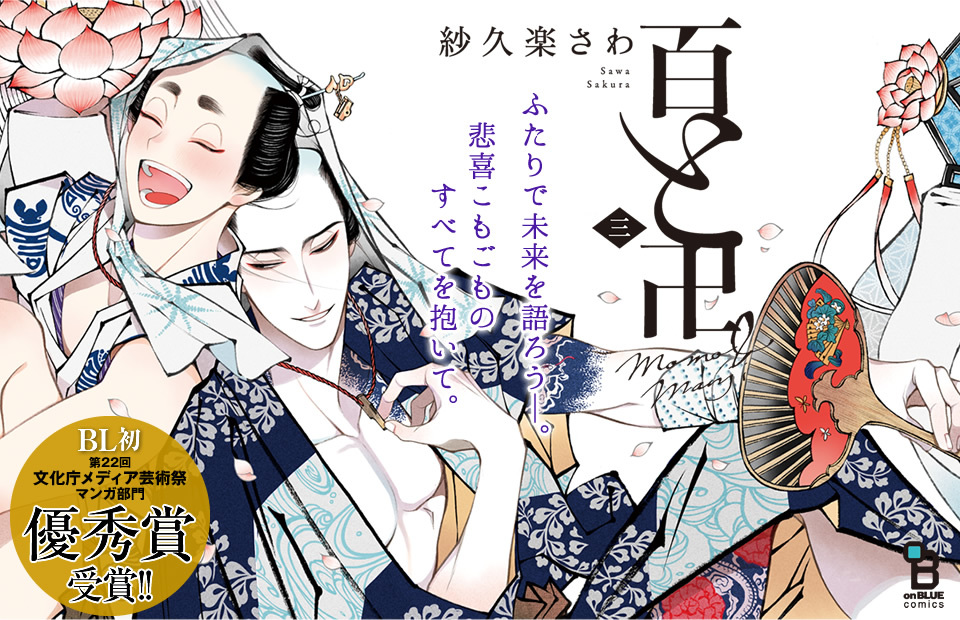 What Is Momo to Manji（百と卍）? 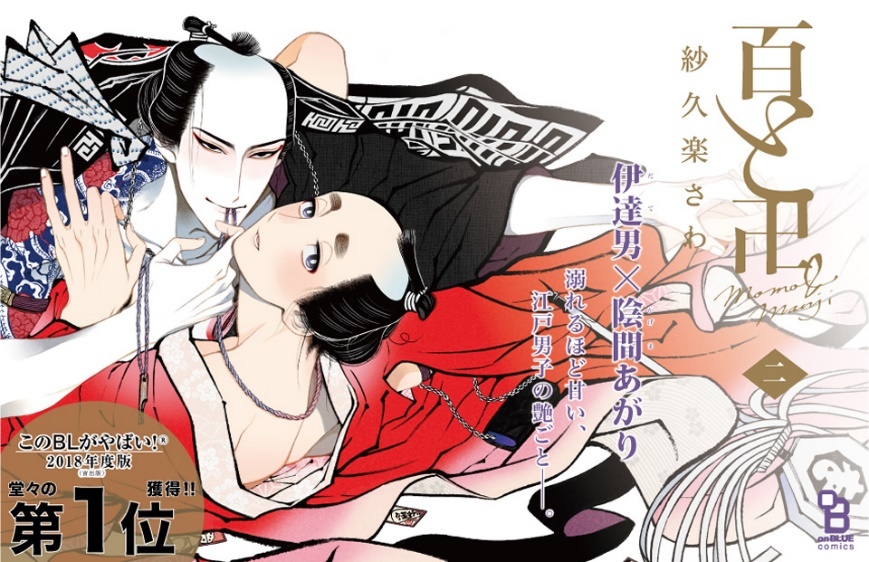 https://otakurepublic.com/product/tag_page.html?tags=350120
It’s a BL manga series, serialized since 2017.
Not just the historical setting but the unique image, which is reminiscent of ‘ukiyo-e’ (a picture of everyday life in the Edo Period), is also its attraction.

It’s incredible that this title contains the historical images as well as the historical setting as a manga work, isn’t it? As for its manga, 3 volumes have been released so far and a drama CD was released as well!

Outline of Momo to Manji（百と卍）! 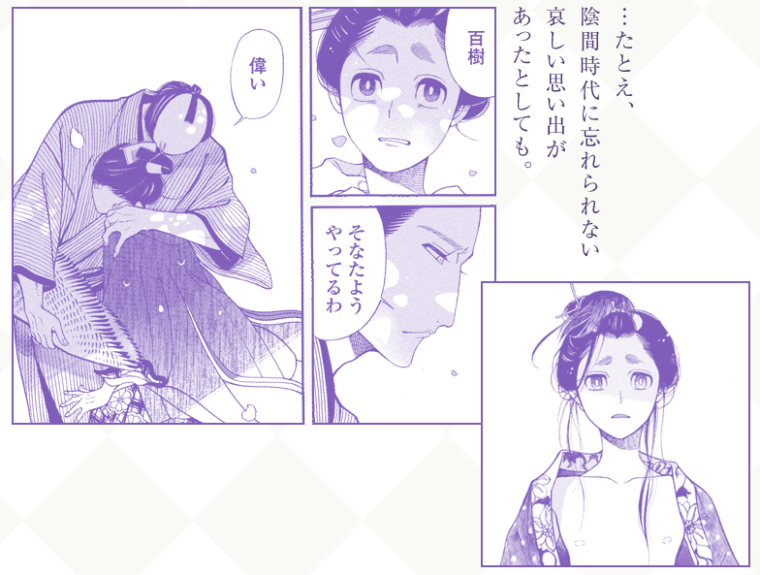 The story is set in the late Edo Period.
Momoki is making a living as a “Kagema”, a male prostitute (usually those who couldn’t become a kabuki actor who plays female roles). However, he finally gets sick, reaching the limit both mentally and physically as a Kagema. 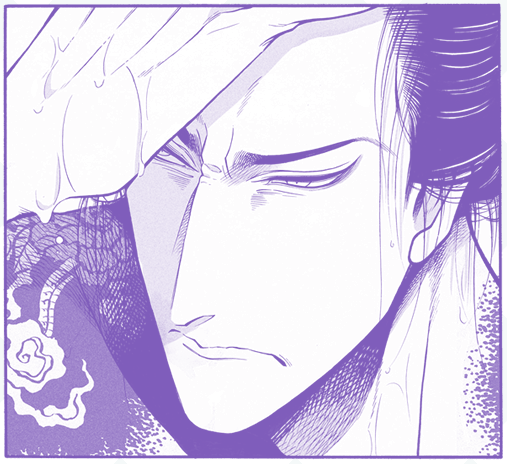 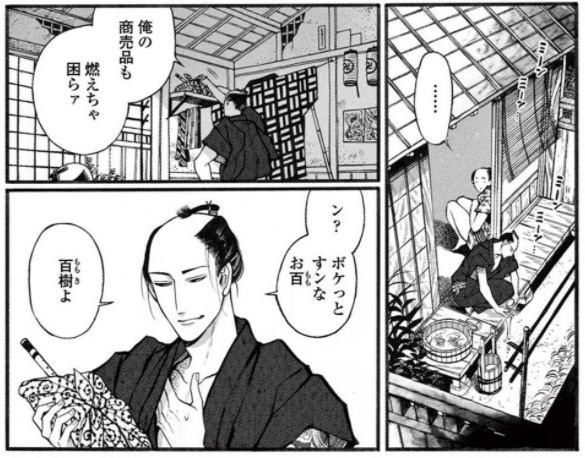 One day, he is picked up and saved by a man called Manji, who used to be a figherfighter. Manji says to Momoki, without talking too much:
“We’ll be brothers now.”
This is how they, having nowhere to go, have become special to each other.
Momoki, picked up by him, decides to work as a teacher, who teaches little children how to read and write. He no longer has to eat cold leftover that his clients have left. His life has finally been settled.
Now he is able to eat warm meals, smiling with his sweetheart, who has saved him.
So Momoki deeply appreciates being able to be with Manji and also loves him from the bottom of his heart.

However, since they have accidentally met, there are still unknown past of each other.

The story basically focuses on everyday life in the Edo Period with gag and peaceful elements but as the story goes by, it focuses more on unknown pasts of each other……! That’s incredibly sad and nostalgic……
It’s such a unique story in the Edo Period and totally different from the typical love stories in the modern world. That’s the best part of this title! 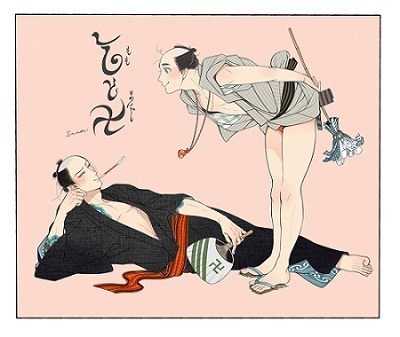 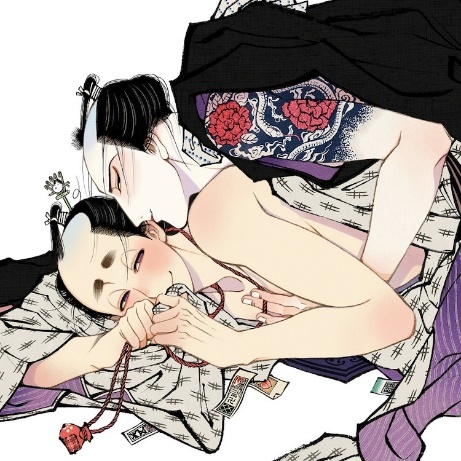 Like this title, the titles, whose theme are the Edo Period, have now been super hot in the BL industry! Besides Momo and Manji, more titles have been released too, as shown below~! 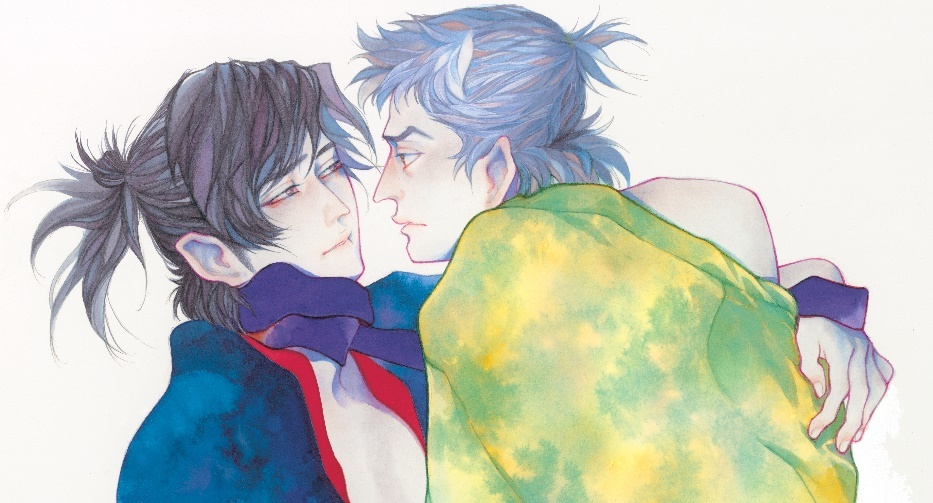 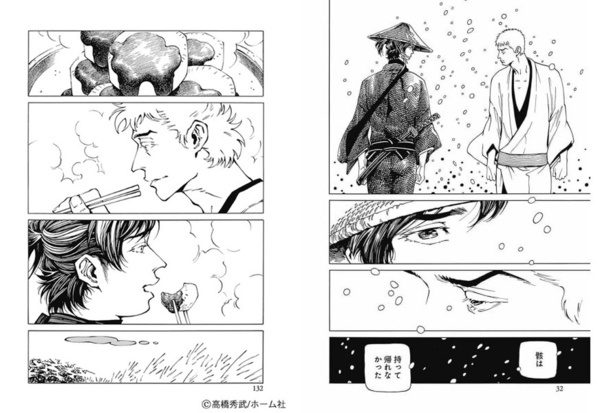 It’s a BL story, depicting a middle-age doctor in a small village and a good-looking murderer, who used to be Kagema.
On a dark and snowy night, a doctor in village, who is unfriendly but kind, picks up a boy, who is a murderer, lying on the street. They both have escaped from their pasts. Both being clumsy, they gradually start to get closer with each other and keep a good relationship. 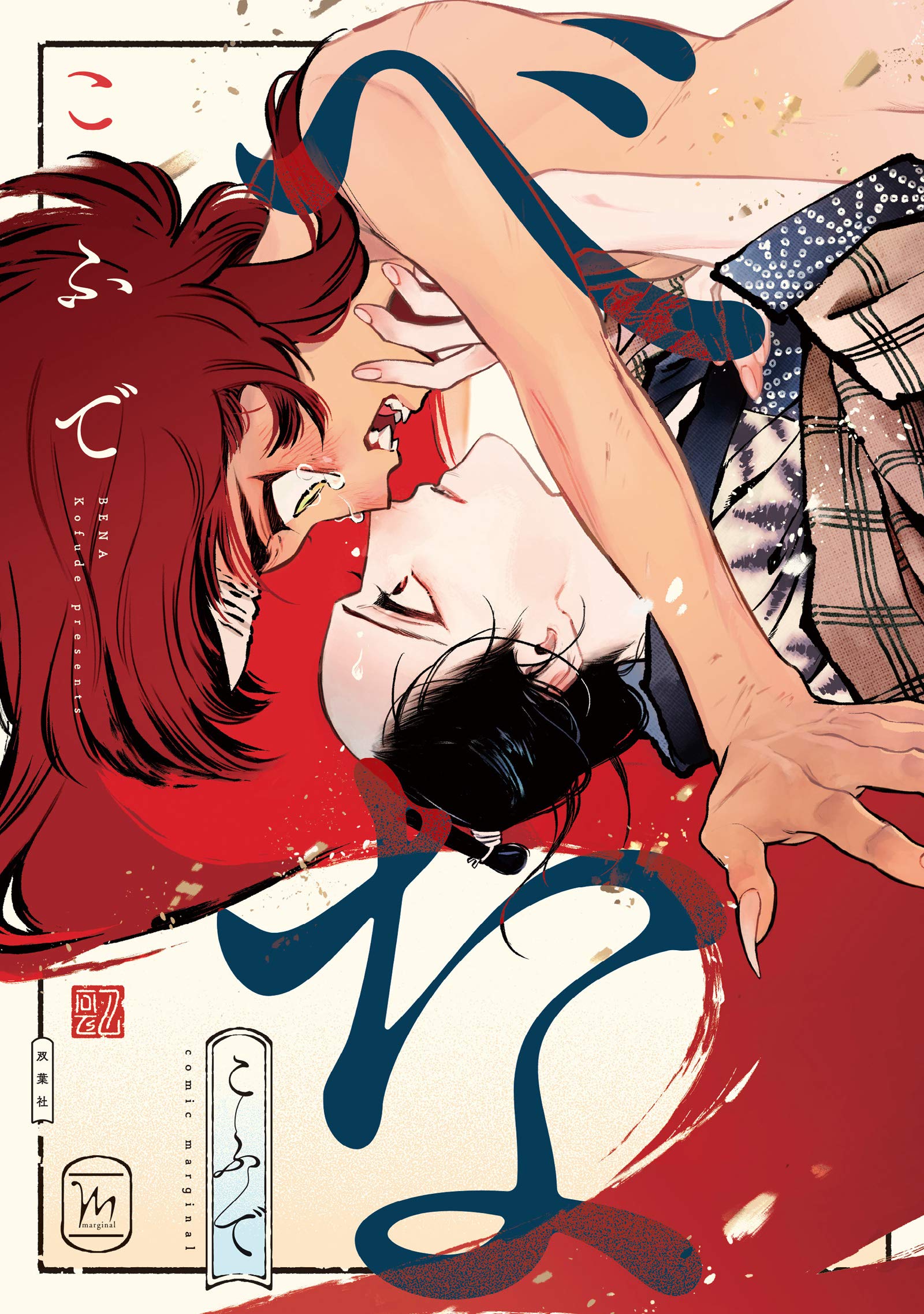 https://otakurepublic.com/product/product_page_3239830.html
Set in the Edo Period.
Ichi, who works at a freak show, meets a boy called “Bena” who was captured as a monster. Ichi doesn’t like to see Bena being oppressed by them and suggests that they should escape from the freak show. They end up being able to escape from there and they go on a trip, looking for Bena’s parents…… However, Bena has a “secret”…… 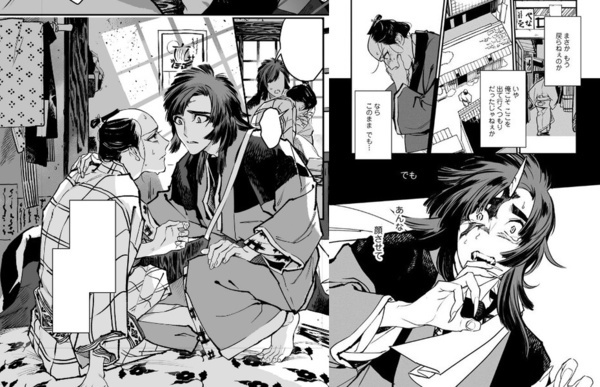 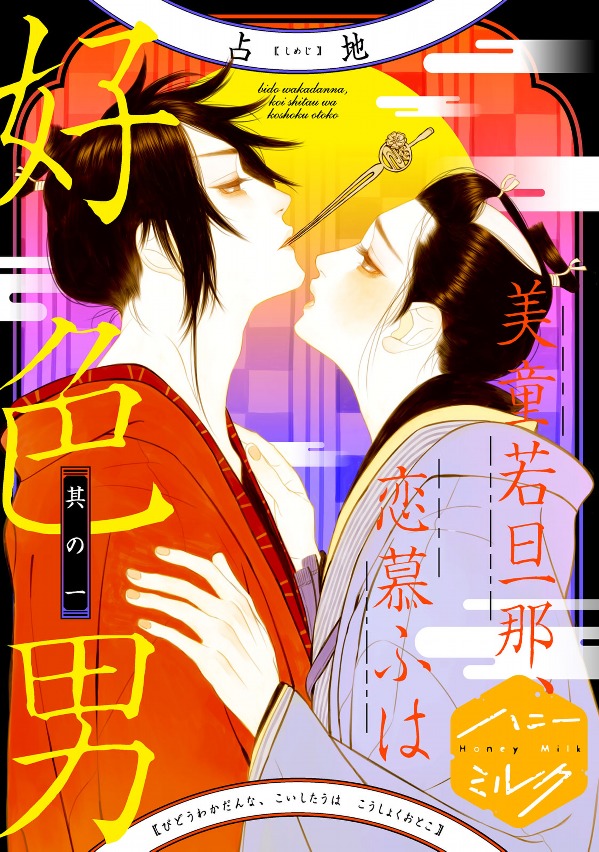 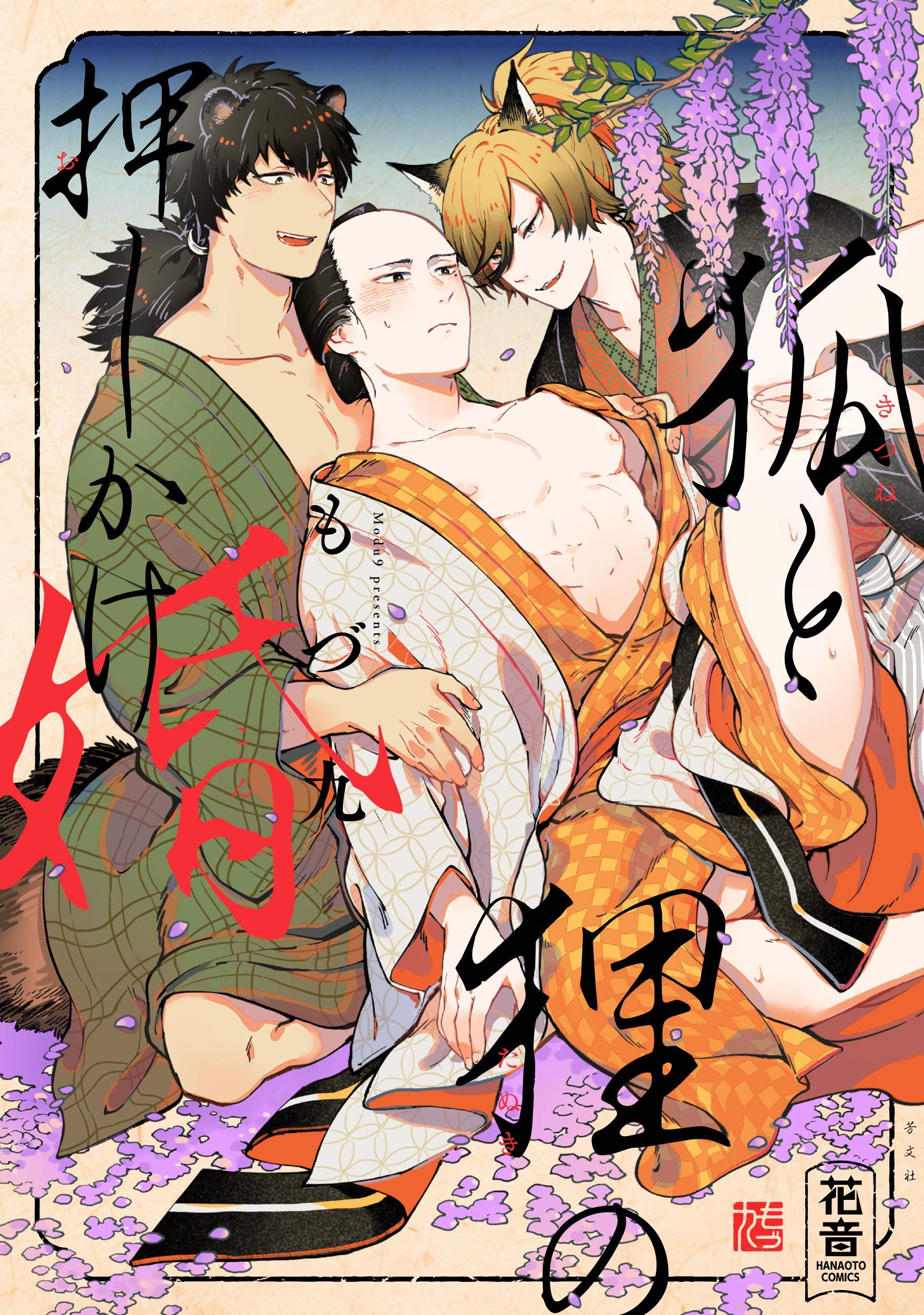 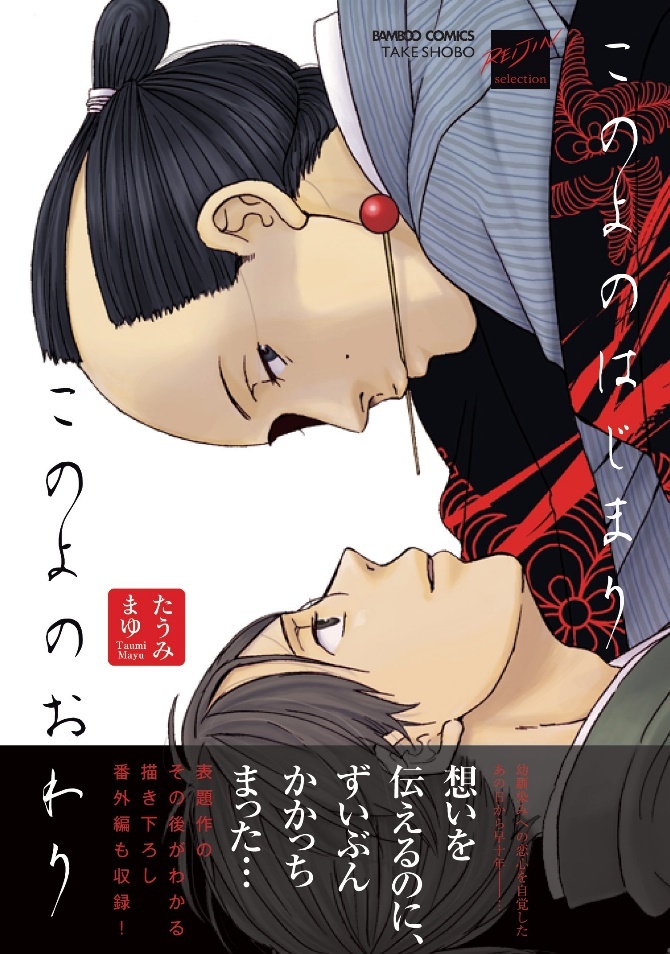 How did you like them?
Why don’t you learn various lives in the Edo Period through BL manga!? You might feel excited from totally different love affairs or social circumstances from the ones of the current BL!

Alright! I’ll see you all at the next article! Bye-bye~!
Konoyo no Hajimari Konoyo no Owari, Momo to Manji, Yuki to Matsu, Bidou Wakadanna Koishitau wa Koushoku Otoko, Kitsune to Tanuki no Oshikakekon, Bena (Kofude)