Hello, everyone! It’s Saori from Otaku Republic.
I basically play Identity V for fun! I’ll feature it because I really want to celebrate its Second Anniversary!

Aaand, hello everyone. I’m Otaku Republic’s Boss.
I don’t play Identity V at all but I often see its ads at the station or tons of cute goods now releasing.

Yep! Identity V welcomed its Second Anniversary in Japanese (Asian) version! Congratulations!!
It became even hotter topic this time than when they had the First Anniversary!! This time, so many people left comments to congratulate Anniversary in the official live broadcast, and they even announced the new Survivors and Hunters!!

In the Second Anniversary event called Identity V Golden Rose Theatre Investigation, they also held the hard-core mystery solving event in Japan, where the players actually became the detective, trying to find out the criminal from the murder case, occurred in the game~! In social media, everybody was passionately discussing who the real criminal was with their thoughts and reasoning too!
A murder case suddenly occurs in the gorgeous Golden Rose Theatre.
The victim is the main protagonist actress of the stage, Lady Bella. 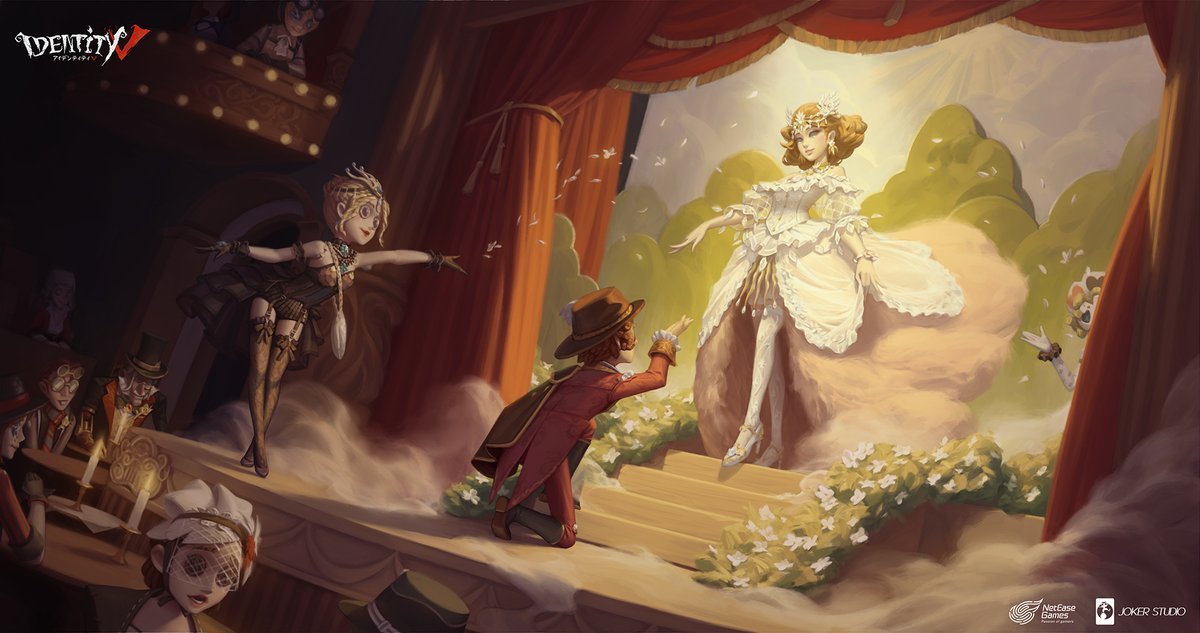 Due to Lady Bella’s death, the flamboyant stage, by a sudden turn, changes to a completely different atmosphere, full of cold conspiracy……
Who has murdered her? What has made him/her do that……
Is the player, who became the detective, able to reach the criminal and the truth of the murder case, from all the evidence……!? 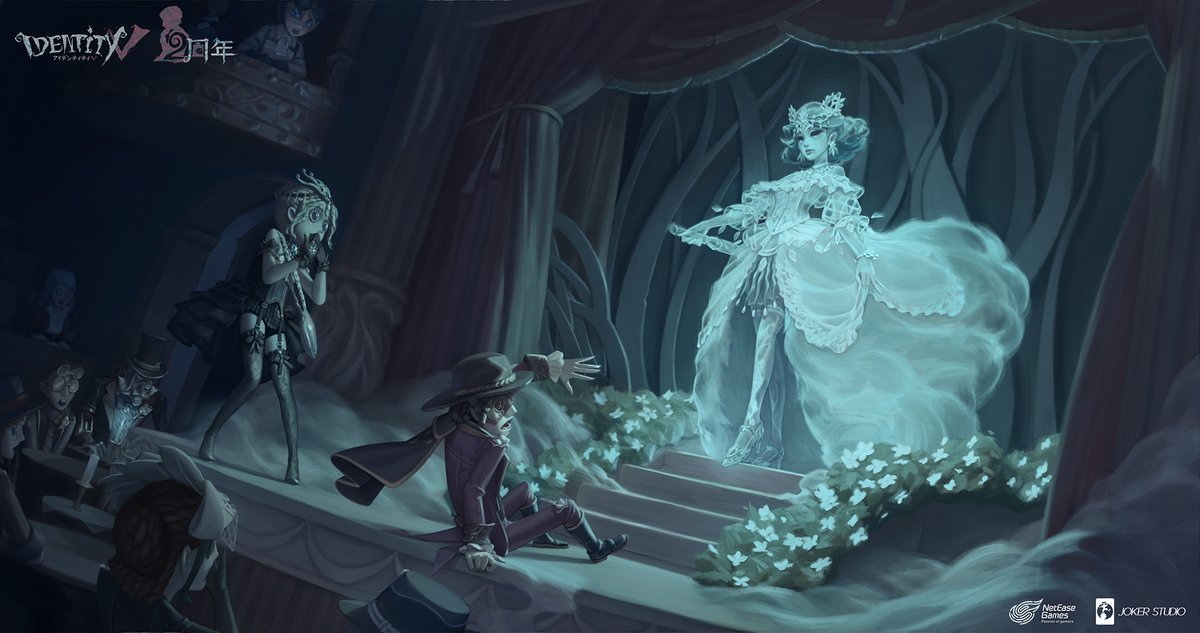 It really sounds interesting! I love this kind of mystery event.

One of the best parts about Identity V is that not only the game itself but this kind of unique worldview and characters are also perfectly created!
Therefore, in this article, we’ll share some of the most popular characters in Identity V, welcoming its Second Anniversary! Not only from the game but this popularity was also searched from Doujinshi, so check out Doujinshi, where your favorite chara appear too!

By the way, if you want to know more about the characters who have been appearing from the very early stage such as Eli Clark, Aesop Carl, Naib Subedar and Joseph, check out this article! Today, we’ll feature other characters who we couldn’t share last time!
The previous article!
【Identity V (第五人格)】Identity V Popularity Ranking in Otaku Republic!! 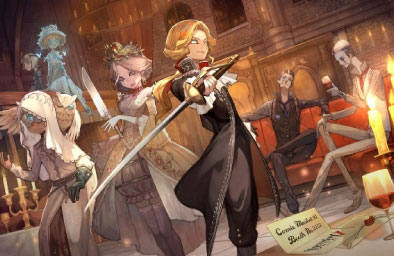 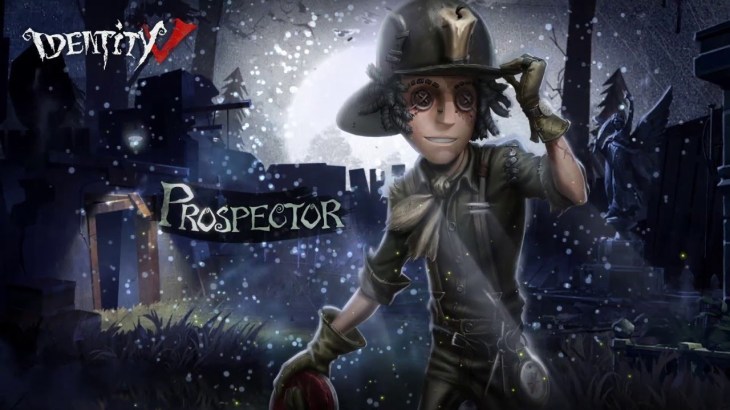 https://otakurepublic.com/product/tag_page.html?tags=644432
I’ve mentioned a little at the last article too but this character became even more popular between the First Anniversary and the Second Anniversary in Japan.
He is a playable Survivor, an all-rounder, capable of doing Chase, Decipherment and Rescue.
He is the only survivor from a terrible mining accident, where tens of people were buried, and died.
Having gone through that incident, he becomes reserved and gloomy. He decides to take part in the “game”, where the winner is promised to get enormous fortune, trying to get rid of his past, darkness and poverty.
With the meteorite magnet obtained from the accident, he runs away from the Hunter. Making full use of Repulsion and Attraction from the magnet, he restricts and blocks the hunter’s movement. In the Asian-version Second Anniversary event, he wears gorgeous outfit, attracting so many fans. 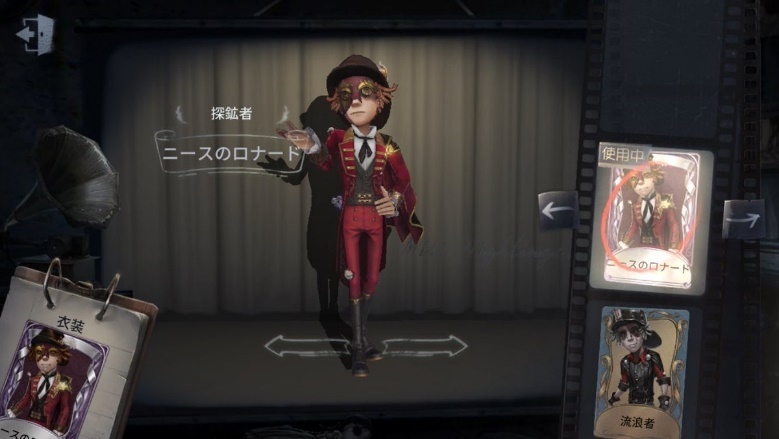 Comments from Saori: I feel like I’m throwing a doughnut instead of magnet. My Prospector is THAT bad. But it’s fun. 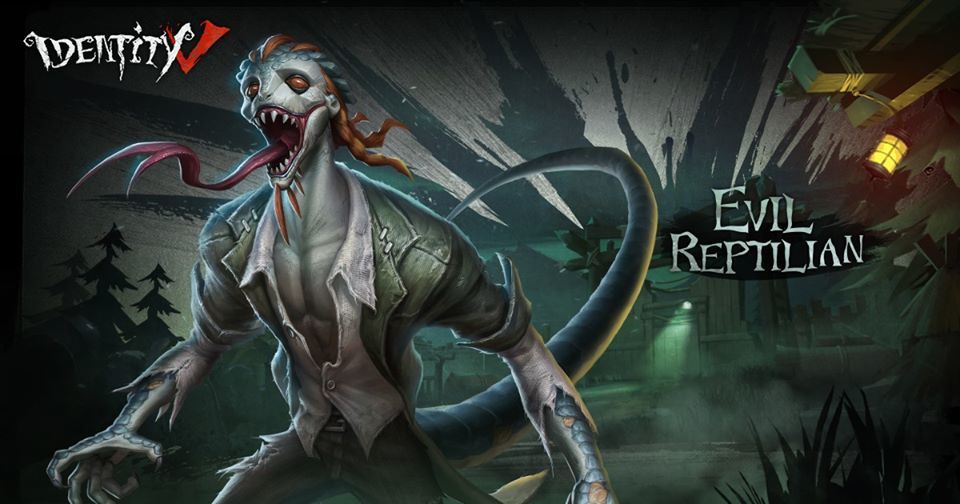 https://otakurepublic.com/product/tag_page.html?tags=673094
We rarely see him in the Rank Match because of his recent weakened health condition. However, he still has a high skill of Rescue Disturbance. Even though we often see attacking, we cannot avoid.
He is a playable Hunter.
He used to be a human scholar who was fascinated with reptiles. However, after getting a rare poisonous snake from his colleague, he suddenly vanished “for good”.
Luchino, appearing in the game, looks like a lizard-human hybrid. He is able to “jump over most obstacles” and even attack while he’s coming down. His jumping skills allow him to catch up to a Survivor who is running away, and trigger regular attack right after the attack while he is coming down, which is a very unique way of fighting. However, since he jumps so high that we can hardly see him jump in the game, which takes place in the map inside or small space.
In Japan, the combination with Norton Campbell, whose mounting period was close to each other, is popular. We found out that he is very gentle and worrywart from the replies in the official Twitter. His outfit is super stylish in the official goods as well. 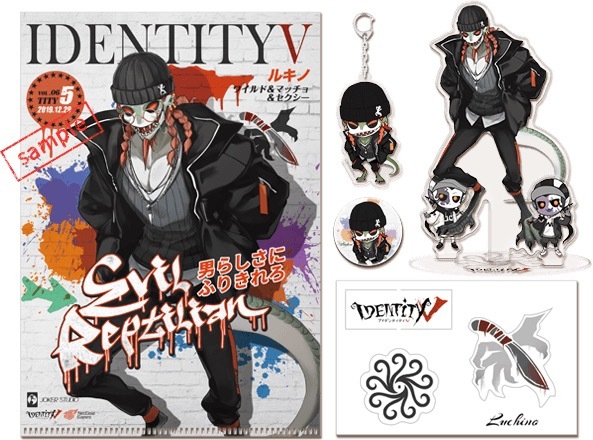 Comments from Saori: I did avoid the jump just then. I don’t know why I’m getting it. This is what I talk to myself at every match. 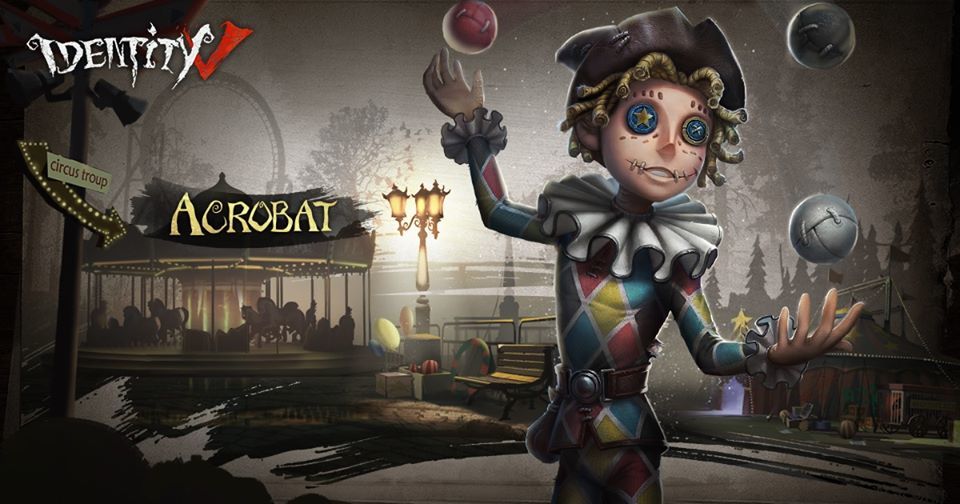 https://otakurepublic.com/product/tag_page.html?tags=644434
My (Saori’s) favorite Chara. Thank you always.
He is easy to use since his body is neither weakened nor intensified. But personally, I want it to be intensified.
A lively spirit, beautiful blonde curls and clear brilliant eyes……
Mike Morton used to be the most popular Acrobat boy in the travelling circus called Noisy Circus. However, all the members of the Circus except him were murdered and some of them were missing.
Why did his “home” get “ruined”?
Seeking for the hint of the tragedy, Mike Morton decides to take part in the “game”.
He is a playable Survivor, who is skillful at Chase.
With his outstanding physical strength and a small bomb, which he used to use for his performance, he runs away from Hunters. The biggest strength is that he is able to jump over the board or the handrail, which usually requires extra movement to jump them over.
Known to be the most cheerful one among all the Survivors, he oftentimes wears colorful and flamboyant outfits in his official goods and even in the events. Especially Mr Swifts’ outfits are very popular in Japan, so we see him wearing those in now-released Doujinshi or Doujin Goods too. 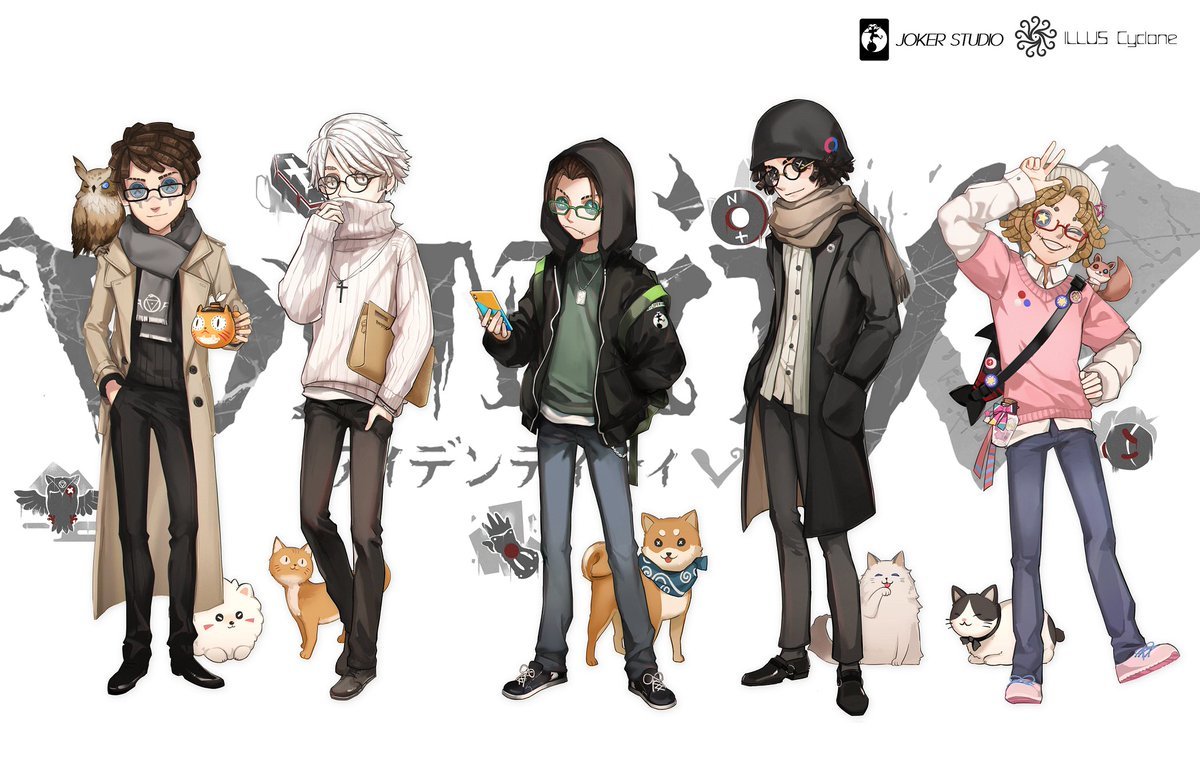 Comments from Saori: Please make the stock of the balls 10000 pieces. 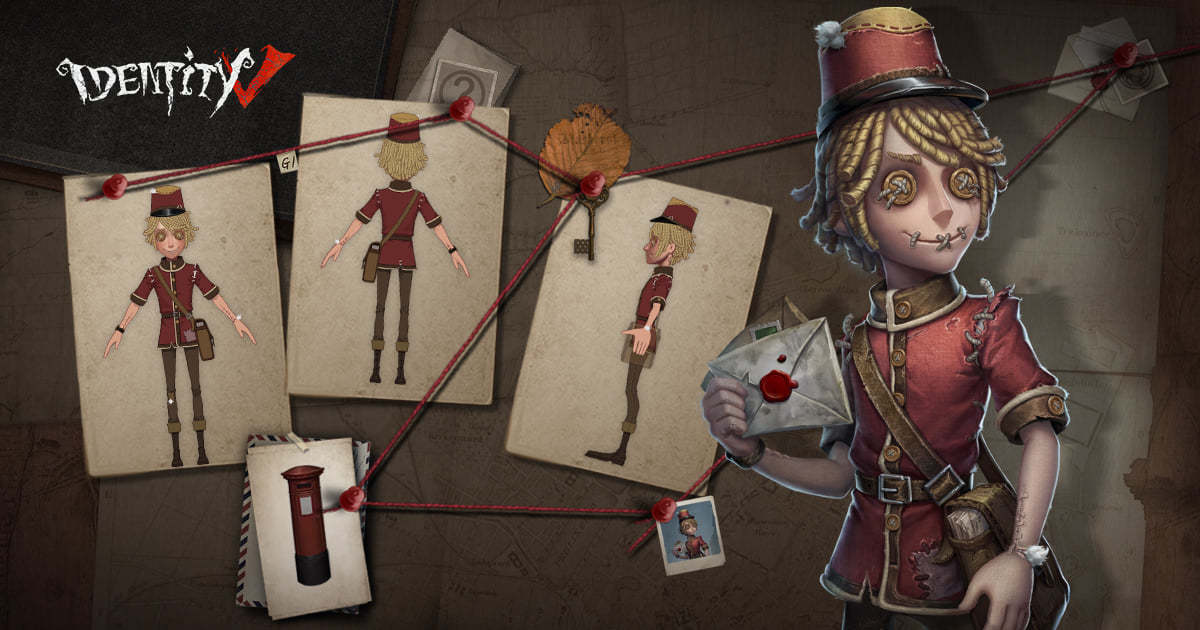 https://otakurepublic.com/product/tag_page.html?tags=682190
Super intensified one showed up. The doggie is cute.
Post Man・Victor Grantz isn’t particularly verbal and prefers staying away from people. With his partner dog, he delivers letters every day. Victor loves to see various facial expressions of people who receive the letter he delivers. So he always watches their expressions such as being pleased, happy and upset, through the letters.
He thinks that verbal communication is full of fake. What’s truth to him is emotions that are hidden between the lines in the letter by the writer.
One day, Victor, having no friends, receives a letter for the first time in his life. The handwriting in the letter is the most beautiful one ever and each word written is gentle. Through the letter, Victor decides to take part in the “game” along with his partner doggie……
He is a playable Survivor, who is good at Support, rather than Chase or Rescue.
As he is assigned, he is able to deliver letters to other Survivors in the game. (His partner dog does that part.) If other characters receive the letter, they can take various advantages to go on smoothly in the game but if Victor is chased by other Hunters, there is almost no way of protecting himself.
The secret of popularity in Japan will be written later.
Comments from Saori: I sometimes use this but while I’m reading the letter, I cannot see anything ahead. The doggie is cute. 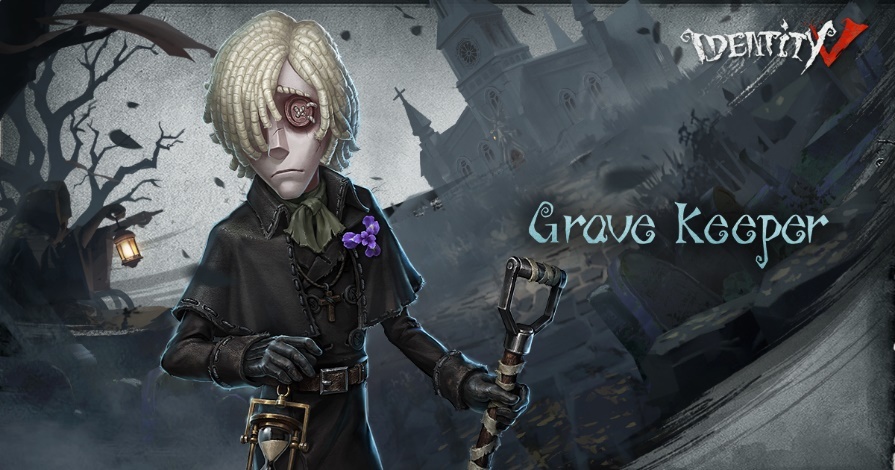 https://otakurepublic.com/product/tag_page.html?tags=690049
Thank you for always rescuing me. I cannot thank you enough.
Andrew Kress is a boy being pale, having white hair and red eyes, unique to albino.
Because of how he looks, he has had a life where he is abused by others, saying he is sick or even a monster.
He has wanted to have a “normal” life where he can talk, smile and date with someone under the sun, just like everybody does. However, it has never come true and he ends up living his life in the desolate cemetery as a grave keeper.
However, the life has changed due to an invitation to a “game”. The invitation admits Andrew as a “human” for the first time except for his family……
He is a playable Survivor, who is skillful at Rescue.
The biggest characteristic is a huge shovel he’s carrying around. The shovel enables him to dig and move underground, just like a mole. While doing that, he can also avoid or invalidate Hunter’s attack or special ability. However, his weak point is that it takes much longer for him to do cipher-breaking which requires for escape, compared to other Chara.
In Japan, the trio that mounted almost at the same time, including / Luca Balsa is popular.
(The trio is commonly called VAL / Team VAL)
Each is assigned as Support, Rescue and Decipherment, which is well-balanced. Their official Goods are becoming popular as more have been released. 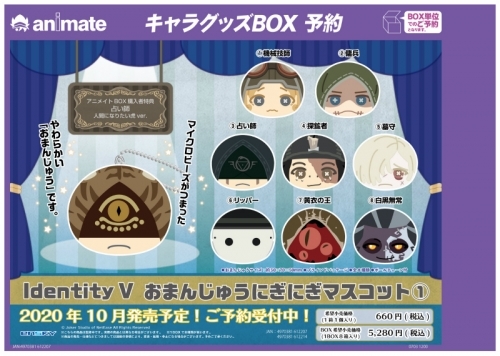 Wow~! I see so many chara that I haven’t even heard of!

Today, we especially focused on Chara who appear in Doujinshi and Doujin Items most so there are more attractive characters we haven’t been able to share yet!
Compared to its First Anniversary, it’s become even more popular with over 3000 Doujinshi releasing! So for Identity V lovers! Go check them out!
Check HERE for Over 3000 Identity V (第五人格)’s Doujinshi・Doujin Items! 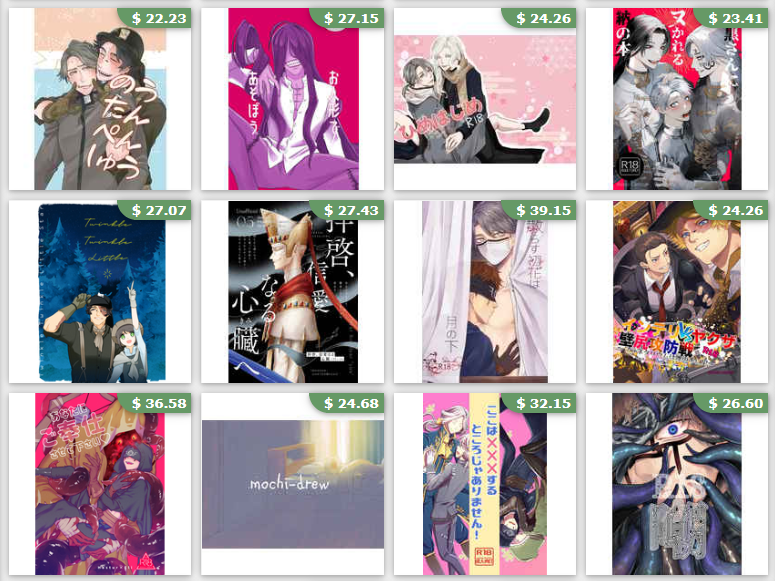 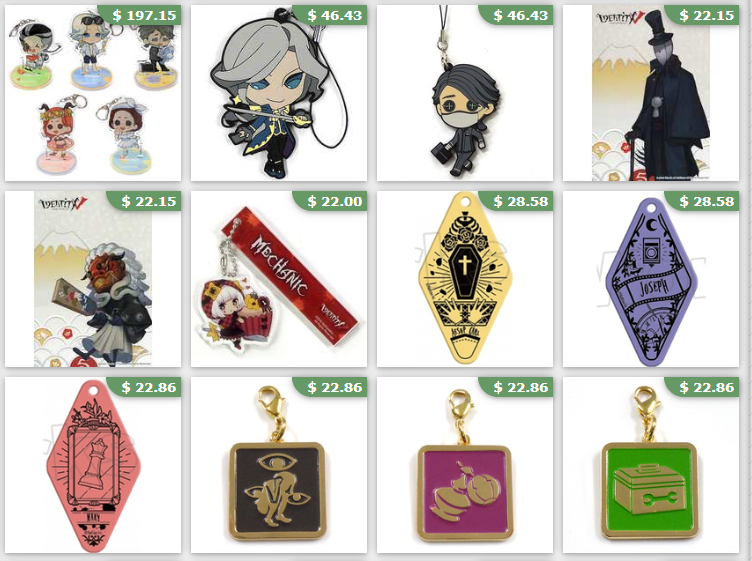 Already! This is all for today!
We’ll see you all at the next article! Bye now~!!!
Luchino (Identity V), Mike Morton, Identity V, Victor Grantz, Andrew Kress, Norton Campbell