【半妖の夜叉姫】Yashahime: Princess Half-Demon, the sequel of【InuYasha】, is scheduled to be released in October 2020!
To enjoy it even more! Here’s the Coupling Column, where you can also review this title! 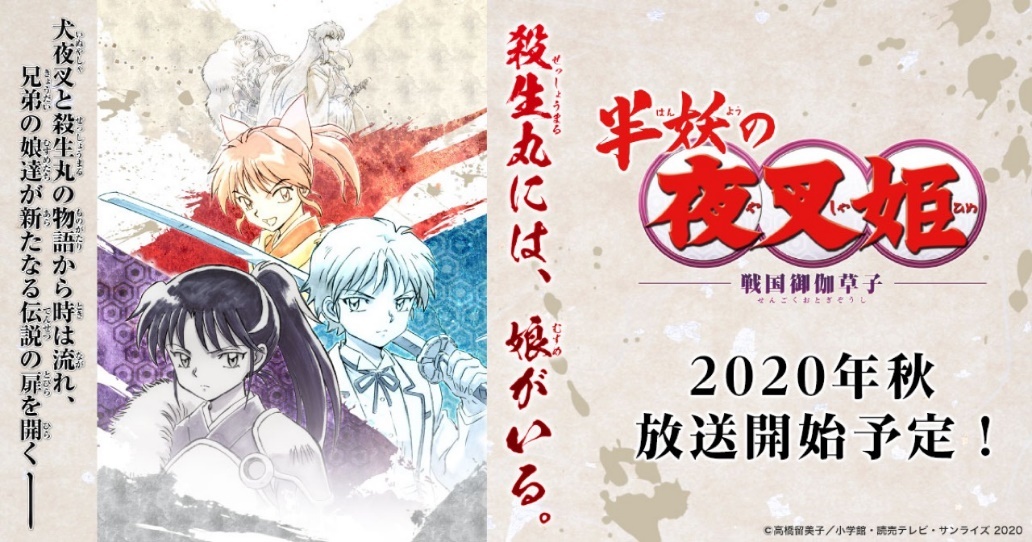 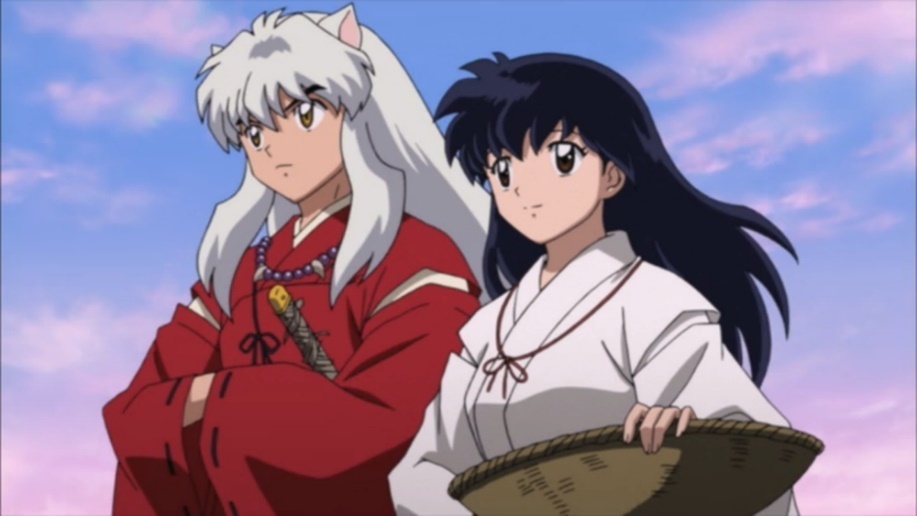 https://otakurepublic.com/product/tag_page.html?tags=162588
The relationship of the two: A half-demon and a human, who support each other and become strong together 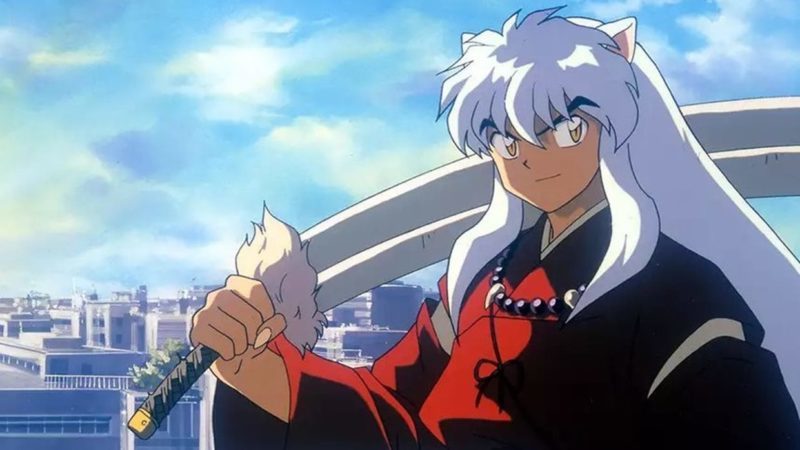 The main protagonist of this title.
He is a half-demon, born from a demon and a human parents, living in Japan’s Sengoku period. Growing up, he has been neglected by both humans and demons because of that. His mother has been the only one who has treated him so kind. However, after she’s passed away, he has become completely alone and started to train himself to become strong.
He usually has a sharp tongue but is actually kind. He tries to fight fair, disliking unfair ways of fighting such as a surprise attack or taking someone as hostage. In the beginning of the story, he has been sealed but he’s got unsealed by Kagome, who has come there by time-traveling. 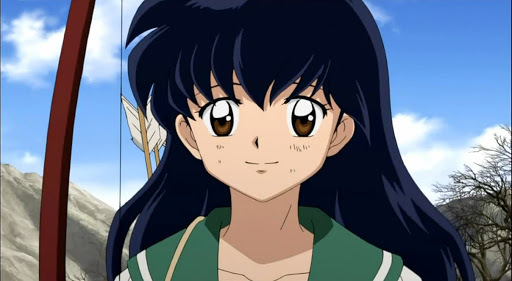 She is a high school girl who finds herself in another universe, which is 500 year back from the modern world.
She is the reincarnation of the now-dead Kikyou, a warrior priestess who is the keeper of the “Shikon Jewel” during Sengoku period. Even though the Shikon Jewel was burned along with Kikyou’s remains to cast it out of this world entirely, she got reincarnated, keeping it in her body. Now the Shikon Jewel is back to the Sengoku period, a huge war is to begin.
She has a girly personality and loves anything cute. However, in emergencies, she never gives up, trying to fight against the enemies even if they are the demons, showing her mental strength. The story begins when Kagome comes to Sengoku period, and she is the critical character that will change Inuyasha.

In this story, Inuyasha, it is centered by two elements: One is the battle over the Shikon Jewel, which gives human and demons tremendous power and makes their any wishes come true. As the story goes on, the Shikon Jewel shatters to pieces and they scatter all over Japan. To collect every piece, the demons continue to fight, trying to be stronger. 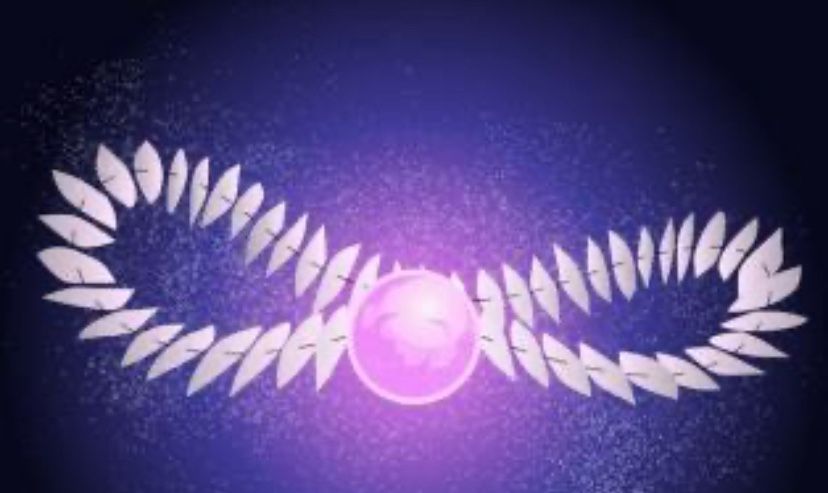 And another element is the changes of the relationship of the three characters; Inuyasha, Kagome and Kikyou! 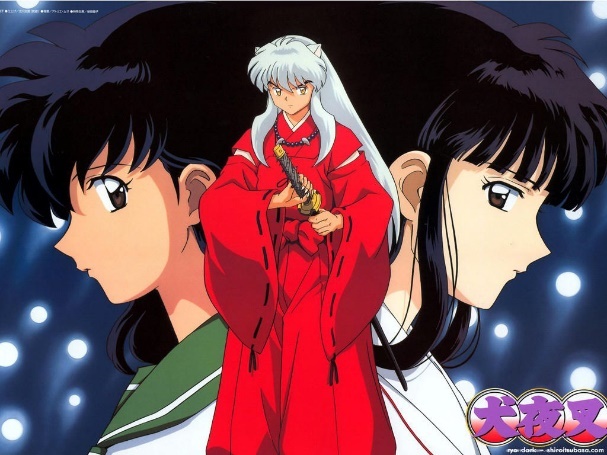 Actually, Inuyasha used to date with Kikyou, who is reincarnation of Kagome. However, Kikyou ends up being tricked and killed by someone and Kikyou and Inuyasha have got separated, hating with each other. Since then, Inuyasha tends to intimidate humans. However, Inuyasha starts to change when he meets Kagome. They are gradually attracted, supporting each other…… 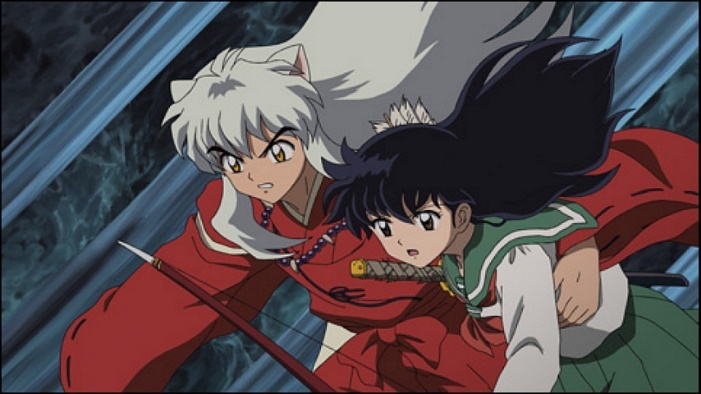 But then…… Kikyou, who Inuyasha thought was dead, is reborn and he starts to have mixed feeling……! His feeling towards Kagome and Kikyou are both real! Their sensitive relationship often makes my heart beat and the combination of Inuyasha and Kagome is so popular among their fans……! Why don’t you follow their relationship, gradually changing as the story goes on?

The relationship of the two: Both of their lives got ruined by Naraku. They strive to live, supporting each other 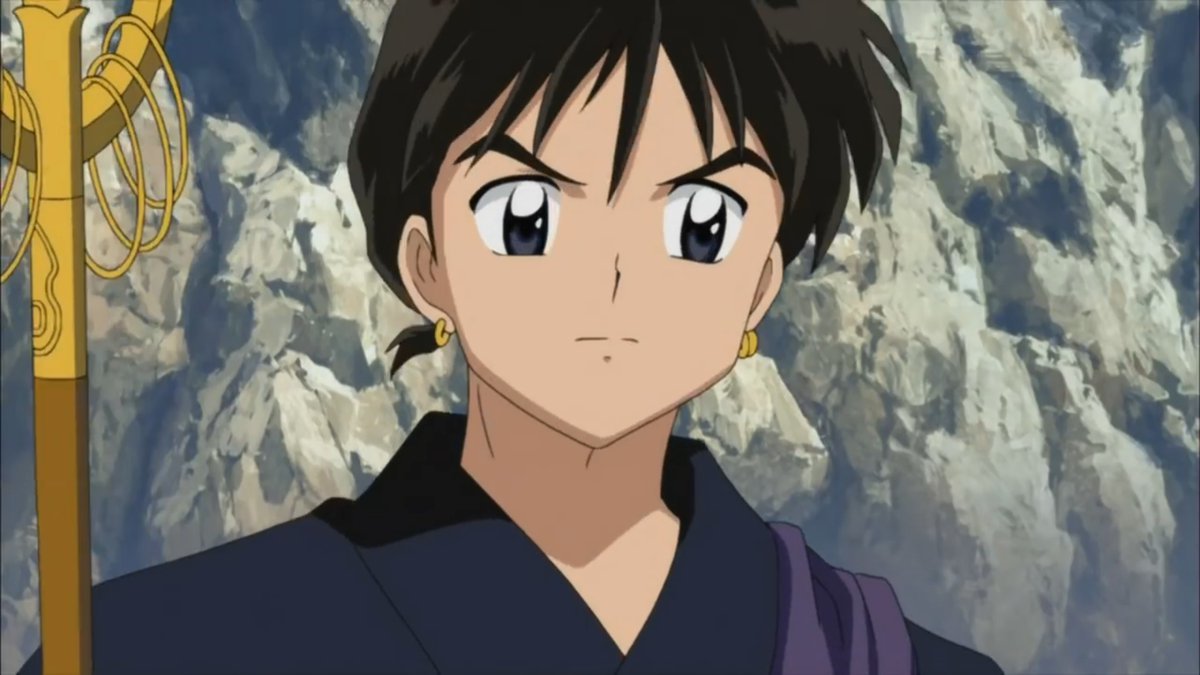 He is an 18-year-old monk and a demon slayer. He was born, being pierced through the right hand by the demon, Naraku’s curse – creating the Wind Tunnel. The wind tunnel would grow bigger as time passes, and eventually will overgrow the victim’s hand, which will suck in the victim and tear them apart. The wind tunnel can suck various things but if it sucks something harmful such as poison, it will affect the body, which is a weak point. 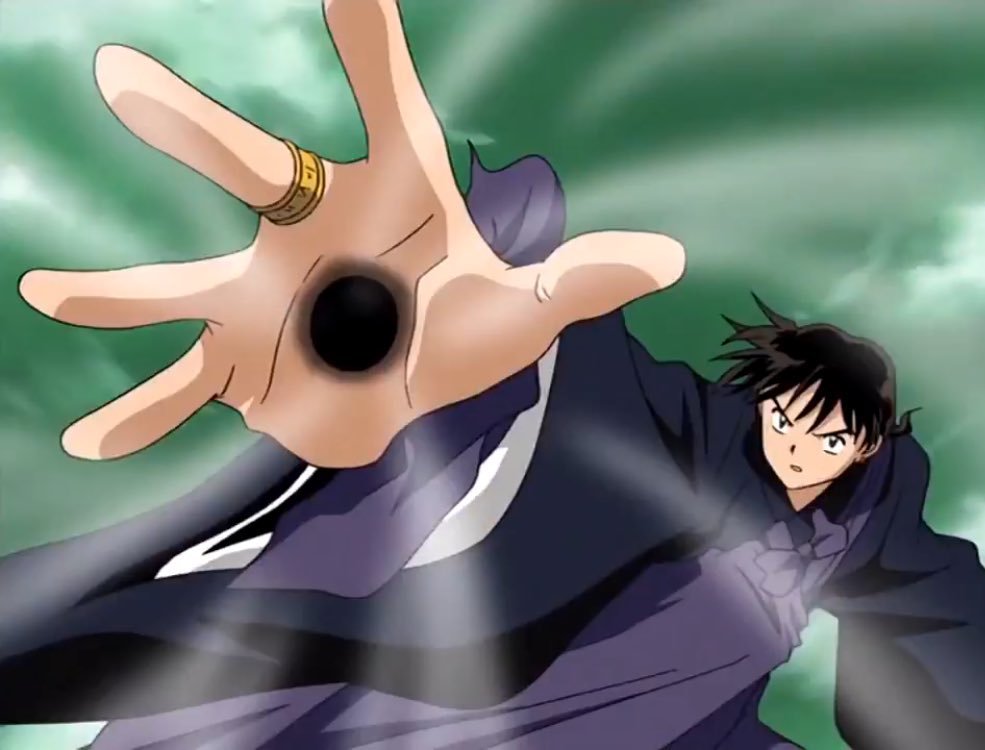 His personality is calm and kind to others as a monk but he gets violent when he has to solve incidents. He is so spoony that he tends to propose to the girl, saying “I want your baby” whenever he sees a pretty girl. 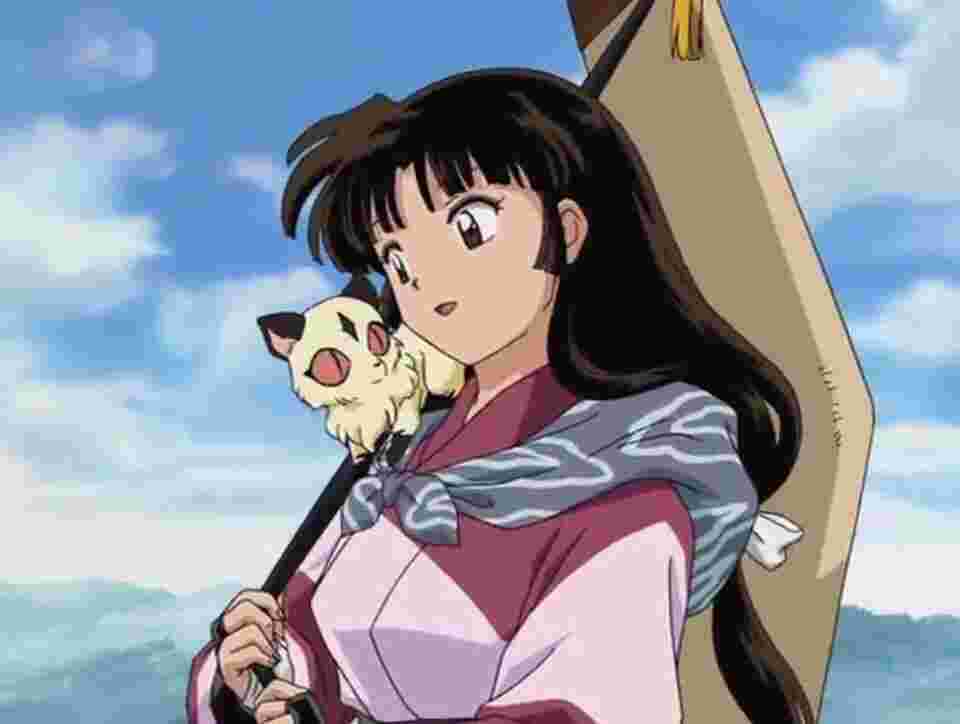 She is a 16-year-old demon slayer girl.
Her family, relatives and village have all got ruined by Naraku before. At that time, she believed Naraku’s lie, saying “Inuyasha is the one who ruined the village”. That’s why Inuyasha and Sango have been against with each other for a while. After they cleared up their misunderstanding, she went on a trip to fight against the ringleader, Naraku for a revenge.
Her personality is tough and confident but actually, she is very kind. When her deceased younger brother was revived by Naraku, she was struggling deeply on fighting.

Their love is depicted in a different way from the one of Inuyasha and Kagome, which is one of the attractions!
Most of the time in anime, Inuyasha, Kagome, Miroku and Sango appear together but many episodes focus on these two as well!
Since they both have very serious background, we feel like cheering them up…… They both are full of charms! 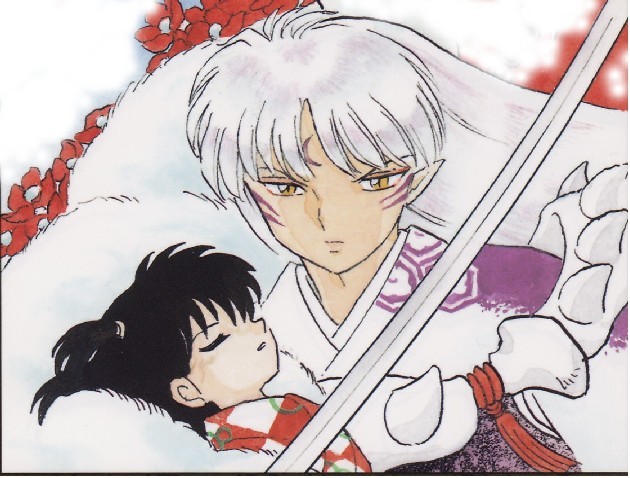 https://otakurepublic.com/product/tag_page.html?tags=28270
The relationship of the two: An innocent human girl, who follows a merciless demon 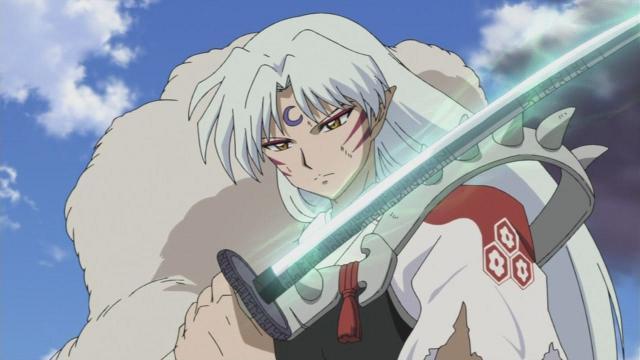 He is Inuyasha’s older brother but a pure yokai from yokai parents. He is proud of his yokai parents but cannot stand his half-demon and human brother, Inuyasha.
He is known to be the most powerful yokai in this story. At first, he was merciless and cruel but after he was saved by a human girl, Rin, when he got injured, he has gradually become kind.
He is not like Inuyasha basically but there are something in common between them such as being pure (unexpectedly) or stubborn. 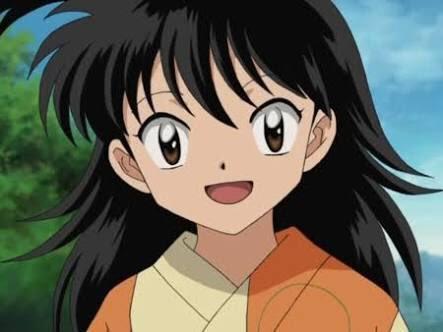 She is a little human girl.
After Sesshomaru got recovered, he found Rin dead already. However, he unsheathed a sword called “Tenseiga” and she got revived. Since then, she was able to speak and became a part of his entourage. 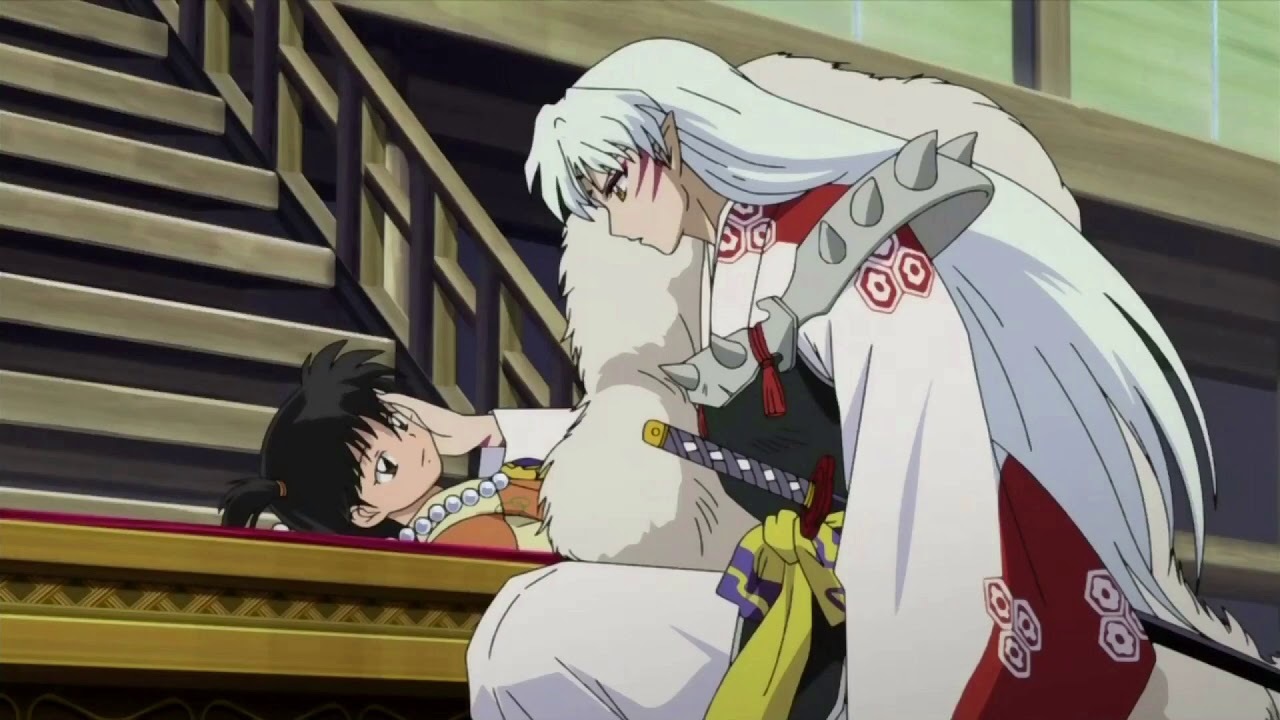 These two are really heartwarming!!

Sesshomaru-Sama used to be depicted as a super cruel yokai first but after he met Rin, he has gradually become kind……
They are not dating or anything but their relationship is heartwarming…… like a father and a daughter or a big animal and a small animal…… (It’s hard to describe!)!

After Sesshomaru-Sama met Rin, he has started to become conscious of other people. Every time he shows his kindness, we, the readers, feel a sense of closeness to him and end up liking them even more……! They are so awesome!

So! In 【半妖の夜叉姫】Yashahime: Princess Half-Demon, which will start to air in October, they announced that a child of Inuyasha and Higurashi Kagome, and Sesshomaru-Sama’s child will appear! (We don’t know who is Sesshomaru-Sama’s wife is.)
And maybe, six characters I shared today might appear too……? Can’t wait for the upcoming info! Don’t miss it out!!

Already now! I’ll see you all at the next article! Bye now~!!
InuYasha