Hello everyone! It’s Saori from Otaku Republic!
It looks like there will be the awesome lineups for the 2020 Fall Anime, huh~??

Aaand, hello everyone. I’m Otaku Republic’s Boss. Yeah. So many featured Anime are scheduled to air in October, huh?

【Osomatsu-San Season 3】Five-Minute Preparation! You’ll Know Everything About Season 1, 2 and the Film! 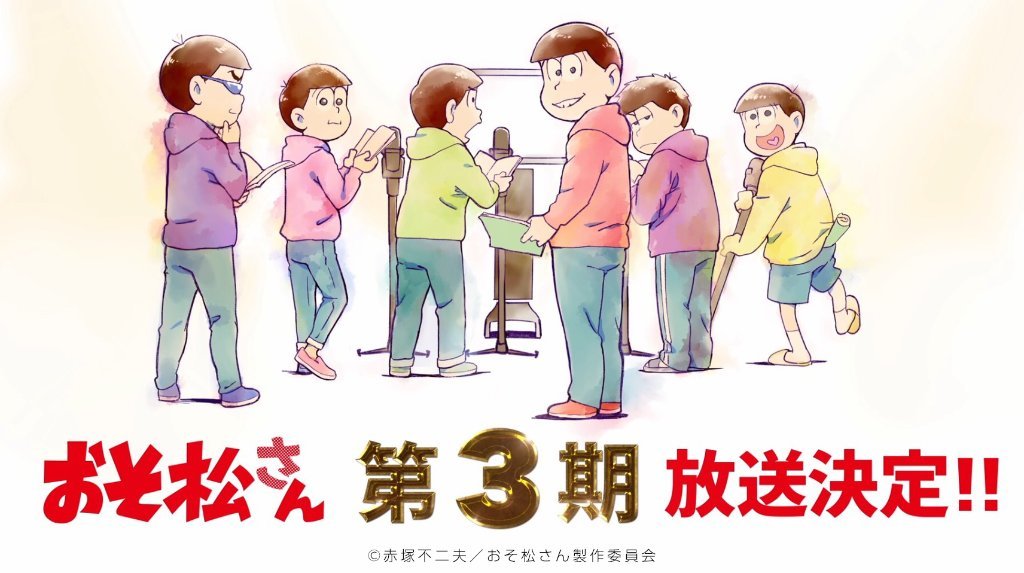 What kind of story is Osomatsu-San? 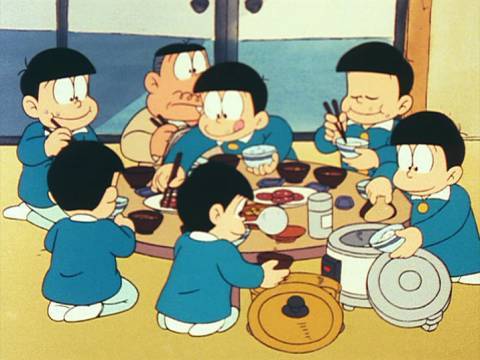 It’s a sequel anime of “Osomatsu-Kun”, which was serialized in the magazine and aired on TV in 1960s, by Akatsuka Fujio-Sensei. Back then, it was serialized in WEEKLY SHONEN SUNDAY and was made into anime twice, then the movie and the live-action drama as well.
Back then, there was not much difference between these sextuplets’ personality and appearance. However, in “Osomatsu-San”, where they grow up, we see more changes on them so they are now distinguishable. 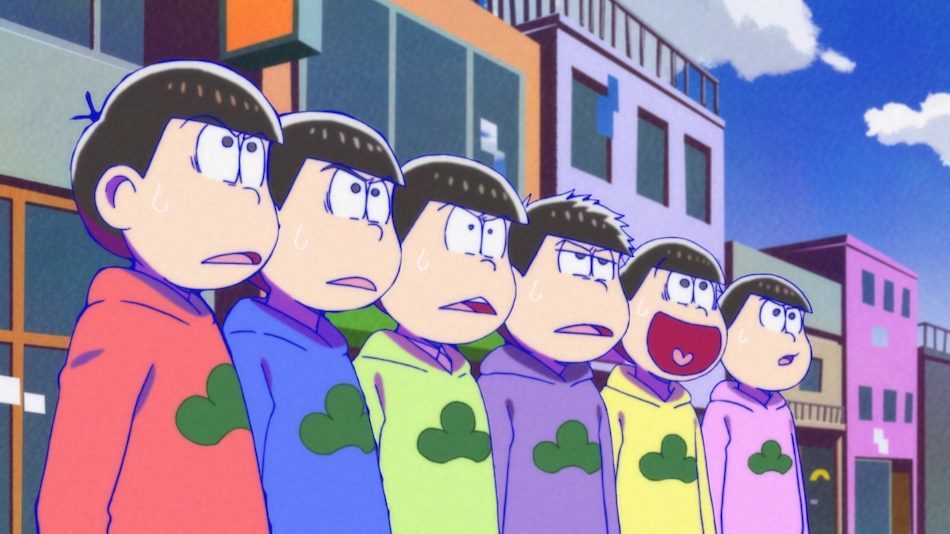 Wow, all the Seasons start in October, huh? It’s become predictable for the upcoming Seasons from now on……?

How Can You Distinguish Six Brothers! Here Are Each Boy’s Personality!

To enjoy Osomatsu-San fully, you have to know their individualities! So! Let’s review what their personalities are like! 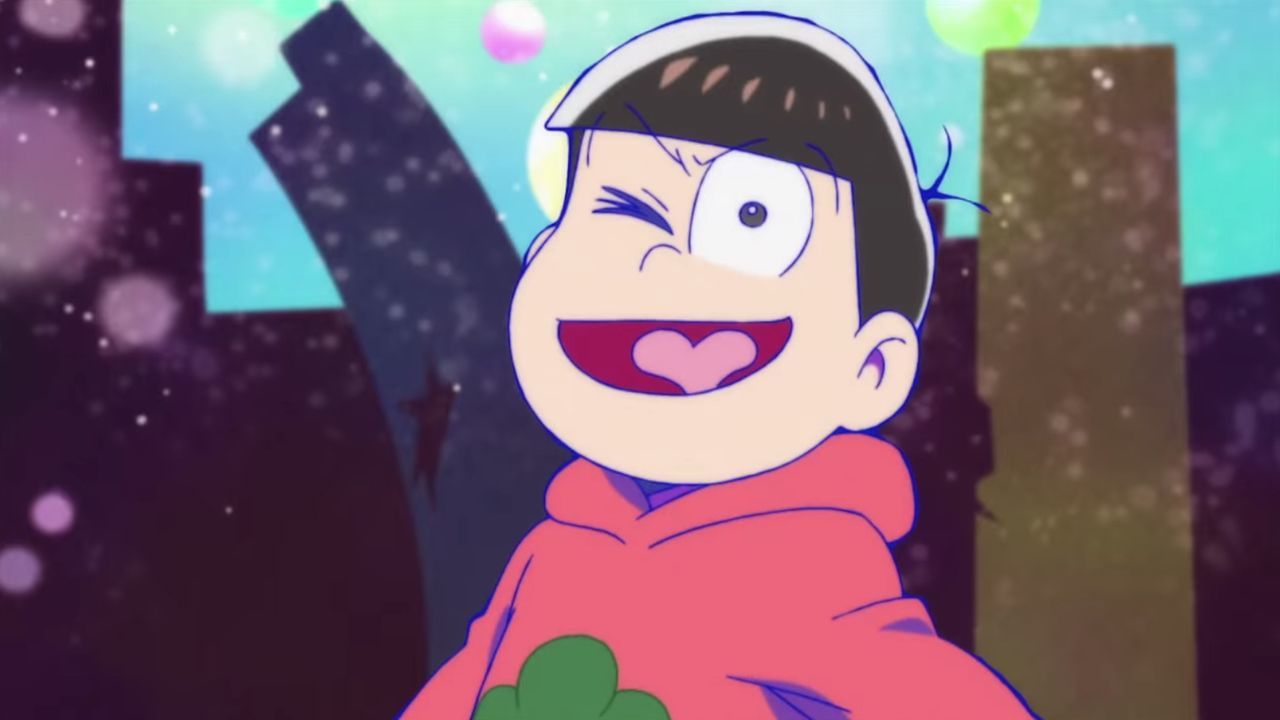 https://otakurepublic.com/product/tag_page.html?tags=175813
He is the most immature boy among six.
He’s a bit slow doing anything, having grown up with childish selfishness and innocent purity.
He tends to be a troublemaker as he often teases his brothers or pushes their buttons. However, he can lead his brothers with responsibility in extreme situations as the oldest brother. 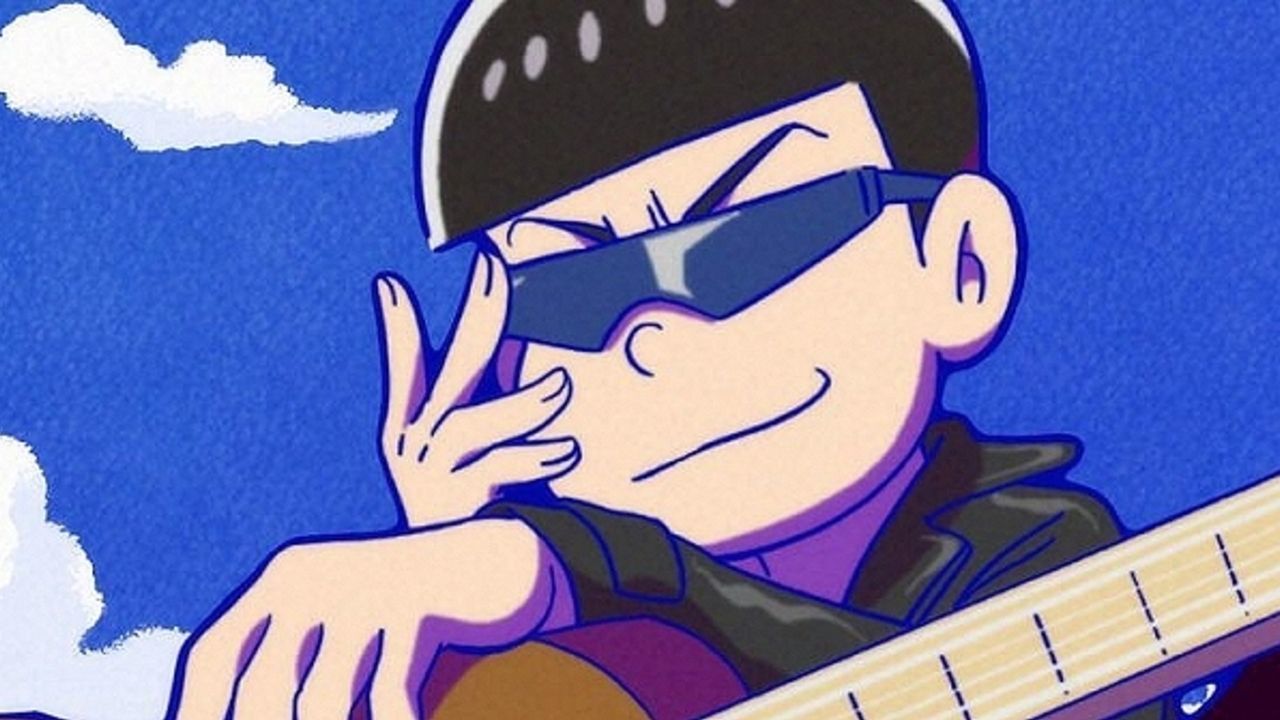 https://otakurepublic.com/product/tag_page.html?tags=173043
He is a real narcissist.
He is basically kind but unfortunately, he cannot get his kindness across since everybody feds up with his narcissist side.
He is trying to act cool but most of the time, he doesn’t look cool because he’s quite clumsy. Since he is mentally weak, he tends to avoid conflicts. 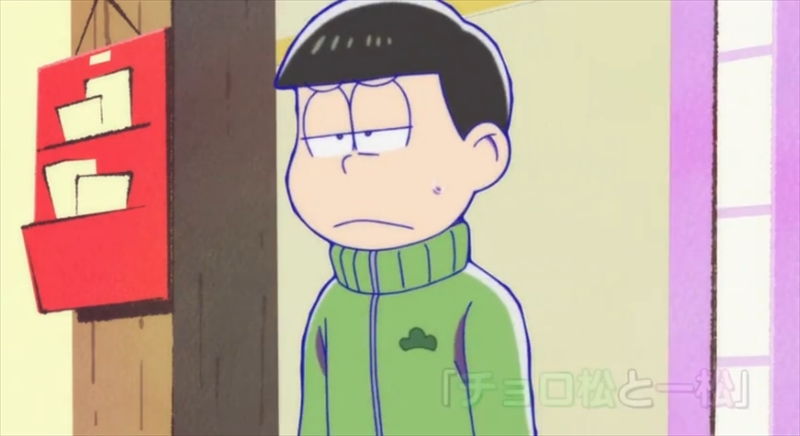 https://otakurepublic.com/product/tag_page.html?tags=173044
He is the most serious boy among all the boys.
He relatively has a common sense of all, and tends to make a comment or scold them to things happening around them.
He often does a job hunting but never gets a good result. He is secretly a big fan of an idol, which often becomes a subject in episode since it was revealed in Season 1. 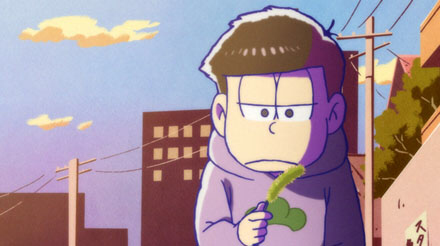 https://otakurepublic.com/product/tag_page.html?tags=173049
He is the gloomiest one of all.
He often becomes sarcastic and spits out a curse, and is a little self-deprecating boy. He doesn’t like a fact that she has no friends but he has a lot of cats’ friends. He is not good at communicating with people. He tends to spit out a curse when talking with his brothers, but he actually cares about them some. 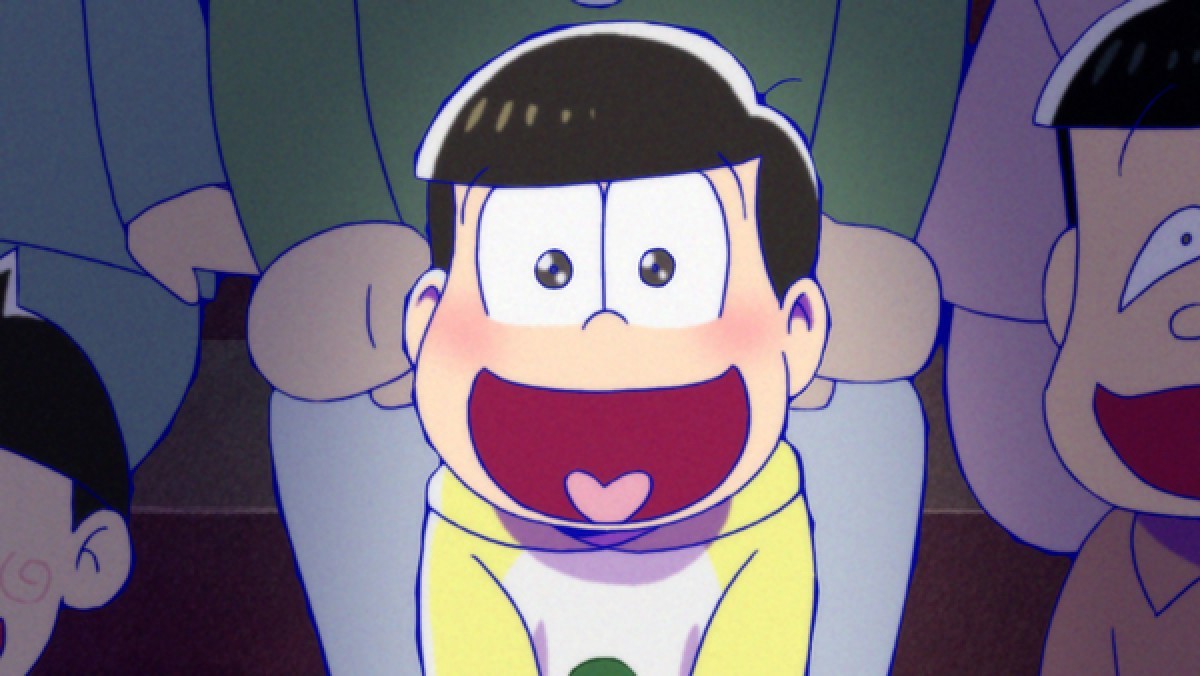 https://otakurepublic.com/product/tag_page.html?tags=173051
He is the most energetic boy of all.
He is always extremely hyper and cheerful and loves sports. He loves to do anything eccentric so his brothers worry about him. However, he has a common sense as well. He is polite and when he has a crush on a girl, he is devoted to the girl. He loves baseball and often goes out to play it in anime too. 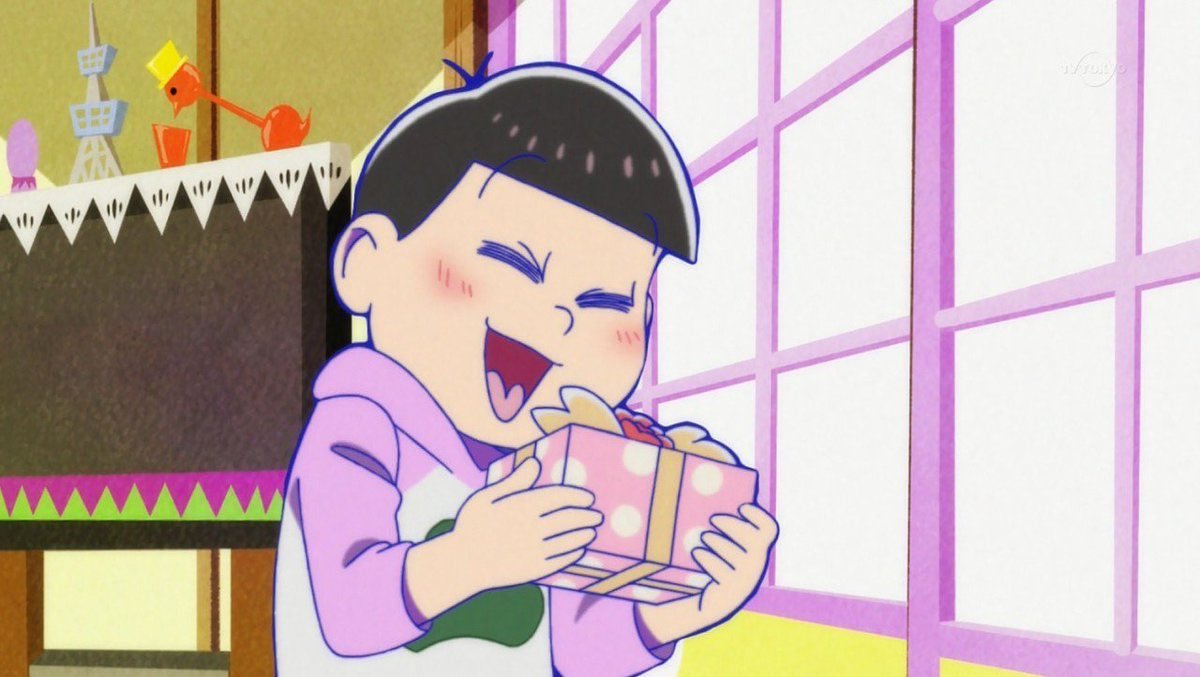 https://otakurepublic.com/product/tag_page.html?tags=173045
He is the most cunning one of all.
Since he is the youngest, he loves to be spoiled, being good at communicating with others. He has more friends than any other boy. He is also such a wicked boy that he sometimes discard his brothers mercilessly. He is really sensitive the latest trends too.

Here Are Anime and Movies To Check Before Season 3!

Let me get straight to the point. There’s NOTHING to check before Season 3!

Well, that’s one of the Osomatsu-San’s attractions! Basically, in Season 1 and 2, each episode stands alone so you can enjoy watching any episode!

Oh, how about the movie?

The movie depicts the boys’ ‘school days’! The sextuplet come to their ‘memorable world’ due to one incident…… where they see themselves in their school days……!!

I said there’s nothing to check but the movie version is full of gags, which still makes us moved. Through their school days’ memories, they start to think seriously ‘when they can be adults and until when they can be children.’ They have worries that are unique to the sextuplet. When it released, it was highly rated, saying ‘it was such a good story’!

Oh wow~, then maybe I should go watch the movie at least?

Yes! It was amazing!
For those who are going to start watching Osomatsu-San for the first time, I would advise that you should have your favorite boy out of six, which will make you enjoy anime even more!
By the way, mine is Juushimatsu! He’s energetic and adorable, huh?

Me? It’s Karamatsu. He sure is narcissist but he is actually such a good boy that I want him to be rewarded someday! 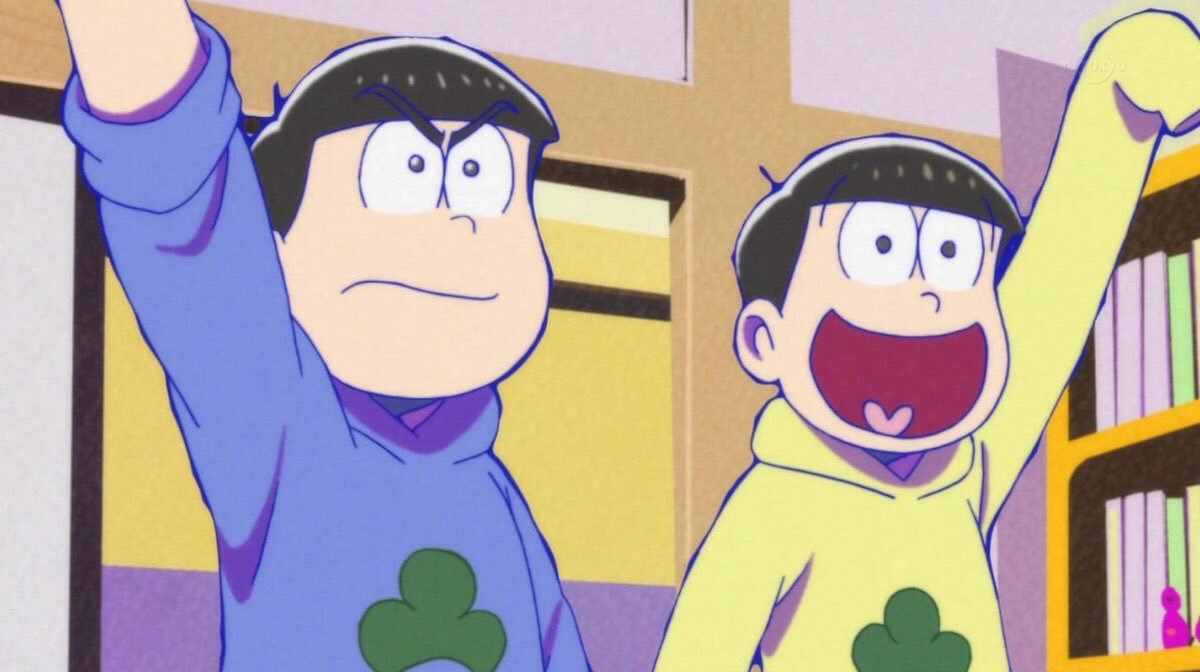 We’ve featured Osomatsu-San in our article at Otaku Republic too! We also held a popularity vote so for those who haven’t checked them yet, go check them out!
Osomatsu-San Characters Popularity Vote is Now on! 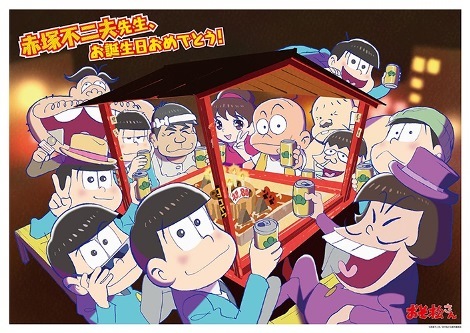