Hello everyone! I’m Otaku Republic’s Boss!
Sorry for a sudden question but have you watched any Meitantei Conan films?????? 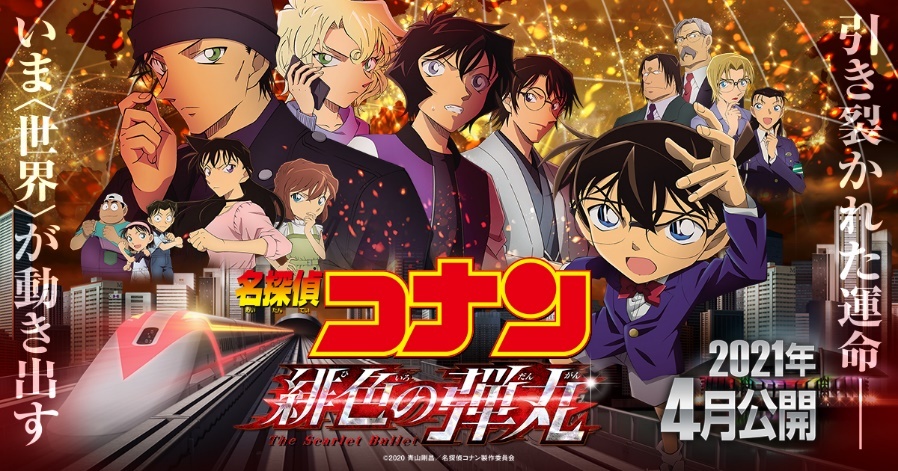 I actually want to share their detailed outlines but since the best part of Conan is the mystery element (and the action element in movies) so I’ll share a quick outline and the best part of each title so you can enjoy those two elements even more! If you are into or haven’t even heard of any of the titles, check it out! It’s my (Boss’s) recommendations! 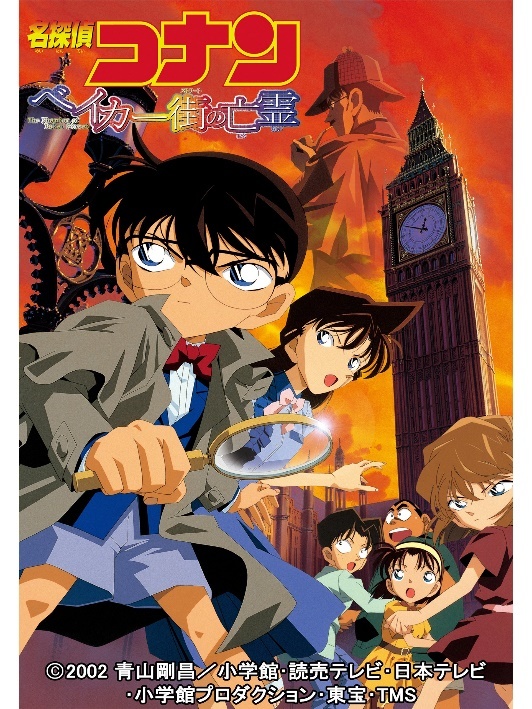 This is the 6th title, released in 2002. I want to recommend this to EVERYONE! It’s just SUPER AWESOME!!
Every time Conan’s popularity vote is held, this title is ranked in top. It’s that popular. This is one of the author’s (Aoyama Gosho-Sensei) favorite titles and one of the masterpieces.
Conan and his buddies are attending the demonstration party of an immersive virtual reality game called “Cocoon”. There, the developer of the game has been killed. Discovering that the victim’s keyboard has blood stains on three of the keys (R, T, and J), they reasons out that the keys stand for “Jack the Ripper”, who existed as the killer. Conan assumes that the incident has something to do with the incident that occurred in the game “Cocoon”, which was set in London 100 years ago. 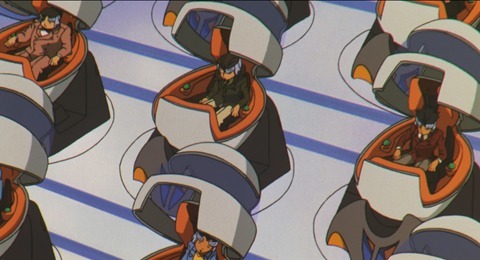 Not only Conan but the elementary school students, Ran or Ayumi, are also participating the game. However, as soon as the demonstration begins, the artificial intelligence system, which a boy named Hiroki Sawada has developed, announces it has taken control. He released the system to the landline right before he committed a suicide.
The system tells the audience that if none of the fifty kids is able to survive the game, it will kill the kids in reality using a large electromagnetic burst, which he calls a “Japan’s Reset.” Conan and his buddies choose the fifth, a re-creation “19th century London” set in the world of Sherlock Homes. They now will try to reveal the identity of Jack the Ripper, who’s been hiding in the game……!! 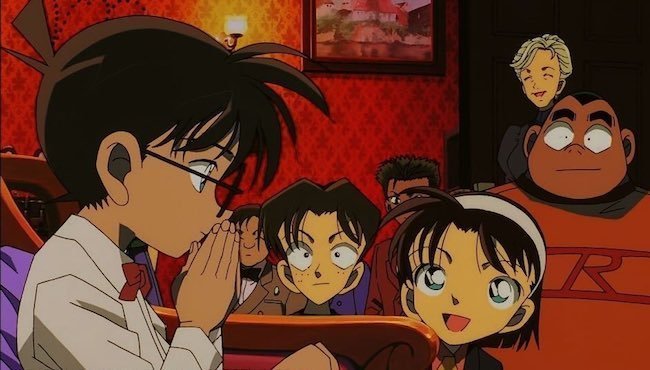 This one is a real masterpiece, huh~?? This is one of the titles released in the early stage of Conan series but the best part of this title is that it has good two elements; mystery and action. And above all, “it surprises us twice” at the end!!
I always think we can enjoy Conan movies by watching them twice: first, we enjoy focusing on the storyline and secondly, we enjoy watching it, knowing all the truth, but for this title, we can still enjoy watching it more than twice even knowing everything~
I can’t describe this well but…… it has a great development at the end. No more spoilers! Give it a try! It’s really fun!! 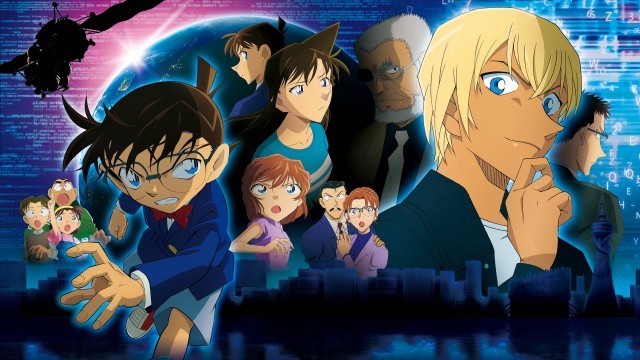 It’s the 22nd title, released in 2018. I would recommend this to Amuro Tooru lovers! 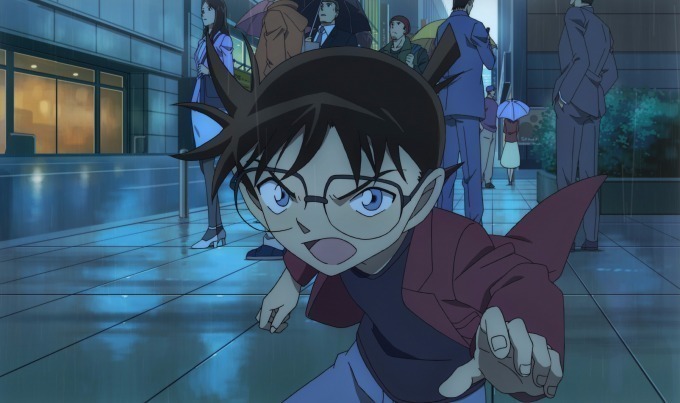 One day, Mouri Kogorou is arrested as a suspect of going off an explosion. It’s clear that he is innocent. However, the more the police represents the evidence about him, the deeper the suspect of him becoming the guilty. Conan, who has a sense of distrust about the police, investigates what’s behind it, when he finds out it is Amuro Tooru, who is manipulating the case……!! Conan asks him why he’s doing it. Amuro firmly says,
“I do this for justice.” 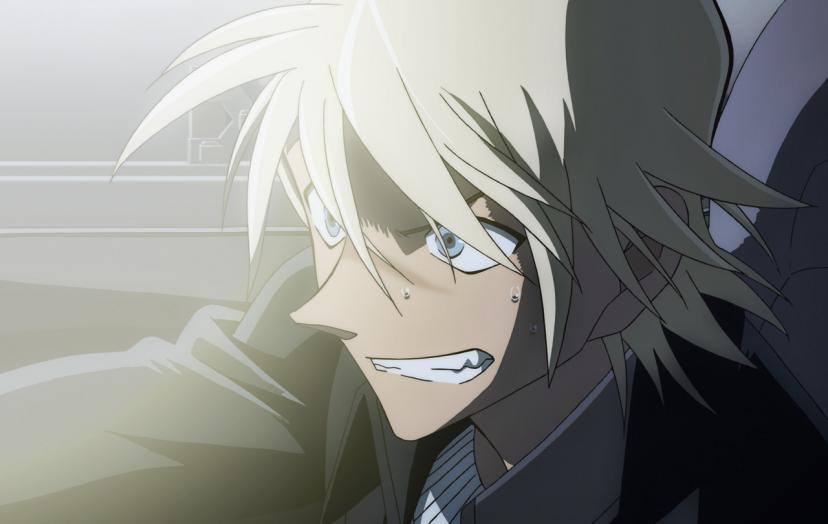 I really want you to watch this title by 4DX! The action scenes are really powerful!! And the best part about this title is Amuro-San, who is against Conan and his buddies even though he is usually by their side……!!
I would recommend this to those who love a super flashy development, full of action scenes as well as mysterious element! 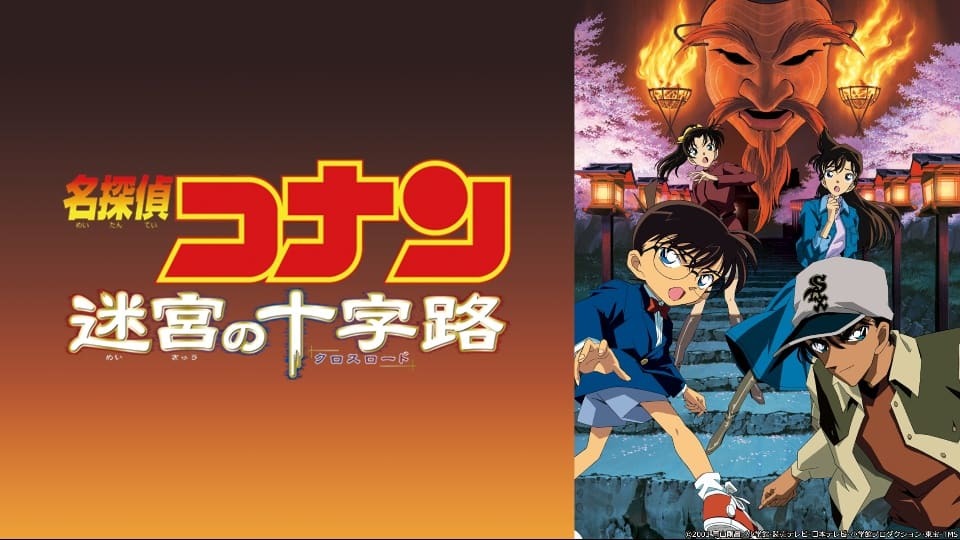 It’s the 7th title, released in 2003. I would recommend this to Hattori Heiji lovers!
Five people are murdered in Tokyo, Osaka and Kyoto. The police finds out that the culprit is a member of phantom thief in Japan because the weapon used are a bow and arrow or a sword, and there are several things in common about all the victims. 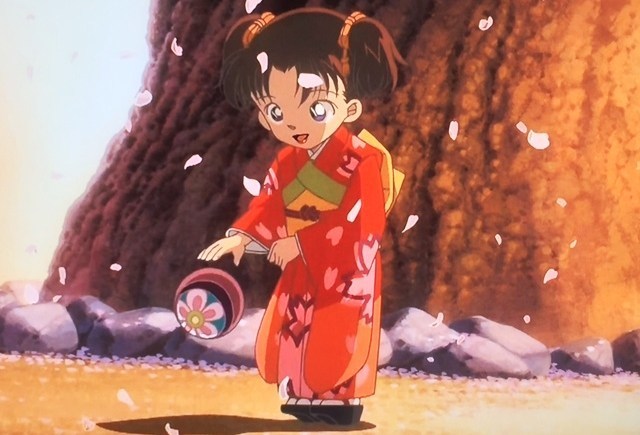 Meanwhile, Mouri Kogorou, Conan and his buddies are in Kyoto to investigate a missing statue, stolen in the temple. Hattori Heiji and Toyama Kazuha come there to investigate it together, when they hear about the episode of Heiji’s first love. He says his first love girl was a little older than Heiji and would sing one of the children’s songs, Temari-uta, dressed in a beautiful kimono. 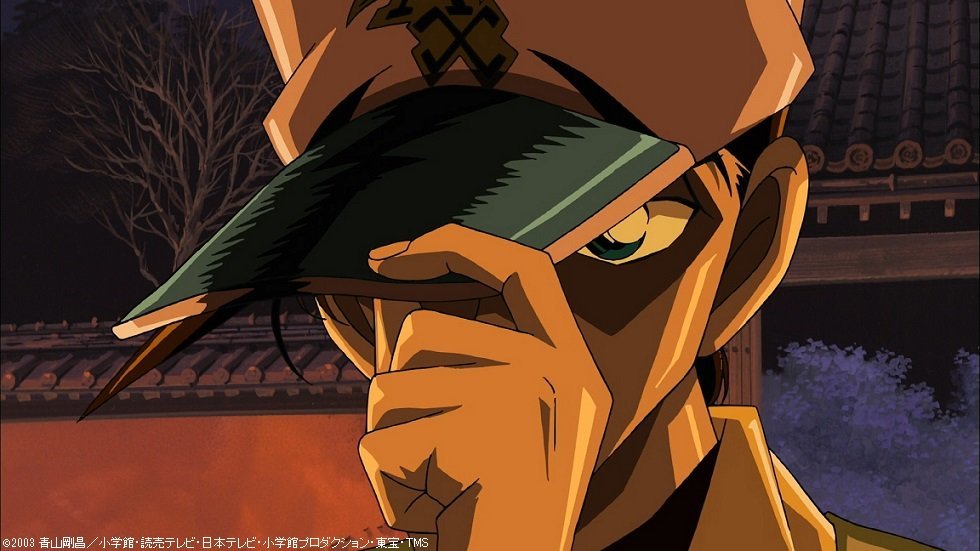 In time, they find out the relationship of the missing statue and the phantom thief who is the culprit of the murder case. Various assumptions arise in Kyoto, where Conan and his buddies are working on the case……!!

This is also made at the very early stage of Conan movies but its scenario has been rated so high! It is always ranked in top in the popularity vote too. It has even won 1st place before.
While the title ‘Detective Conan: Zero the Enforcer’ is full of action scenes with cars, this title focuses more on the scenes, where they run away by bicycle and Heiji fights through Kendo, which he is good at, I guess?
The episode about Heiji’s first love…… Hehehe……!! For those who like Heiji, please watch it!! 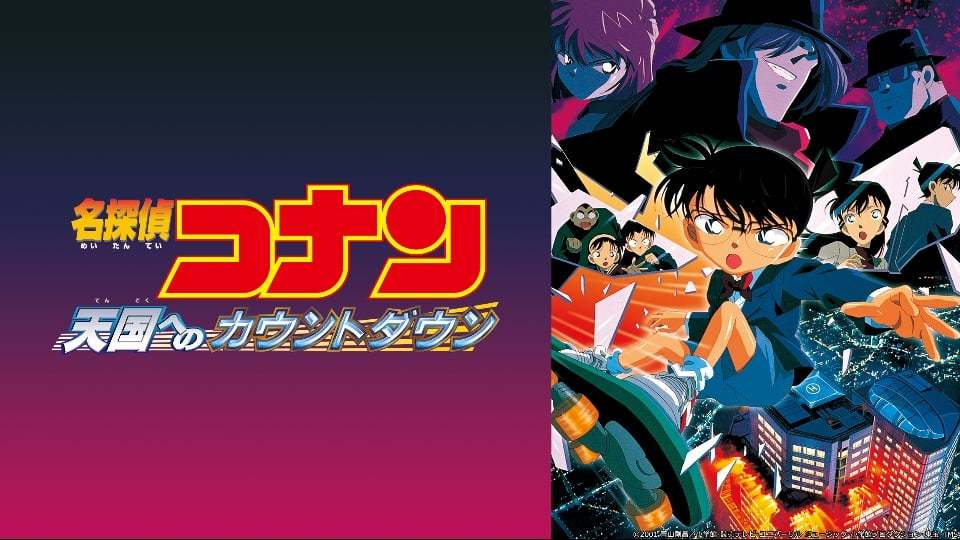 It’s the 5th title, released in 2001. I would recommend this to those who love the Black Organization!
Conan and his buddies are invited to a private viewing party of the newly constructed Twin Towers by a strange coincidence. When they pass by Twin Towers, they witness the car which belongs to men from the Black Organization.
On the night they witness the car, the murder case is occurred in Twin Towers, which ends up leading to serial killings. The staff suggests to owner that they should cancel the private viewing party but the owner holds it anyway.
What’s worse, Haibara misses her dead sister so much that she leaves the message on her phone, saying she will attend the party, which unfortunately is eavesdropped by the Black Organization. 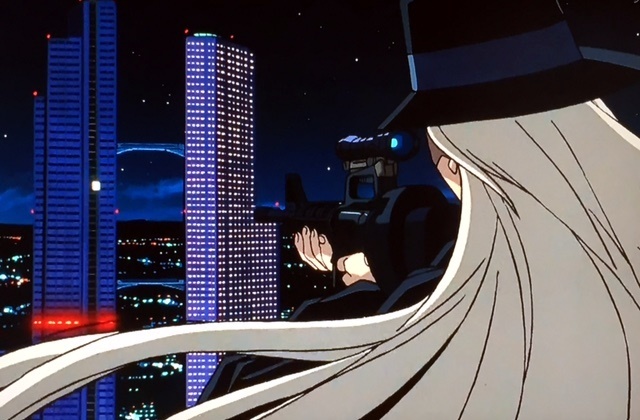 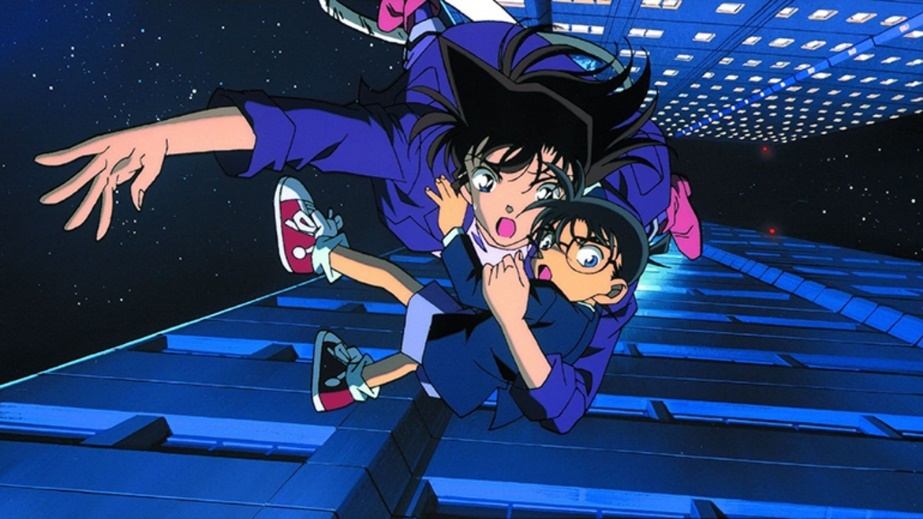 I know I’ve been sharing quite old titles but they are really awesome so I want you to give it a try.
Conan movies usually contain much mystery elements and action elements to solve the incidents but as for this title, it focuses more on the ‘panic movie’ element, I guess! I love the mysterious part but I also love to see Conan being controlled by the Black Organization, which is different from a normal Conan……! It’s so exciting to see!
It’s the one released at the early stage of Conan movies, which makes the episode even more drastic! So for those who only have watched the recent Conan titles, why don’t you give it a try~?

Case Closed: The Last Wizard of the Century
世紀末の魔術師 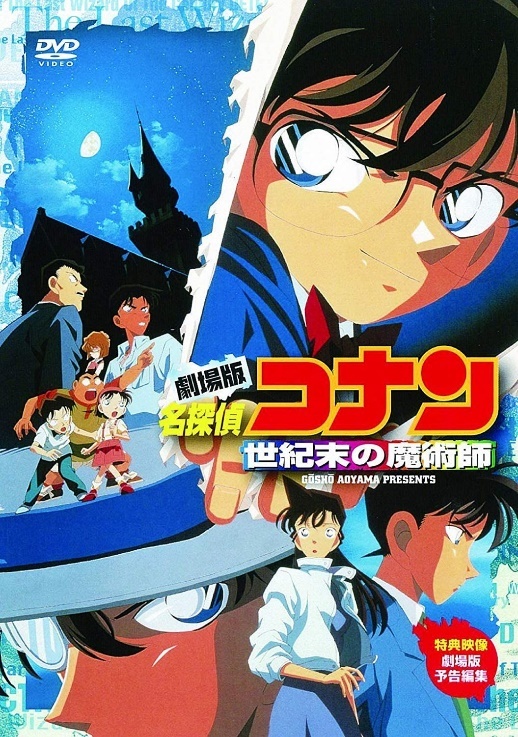 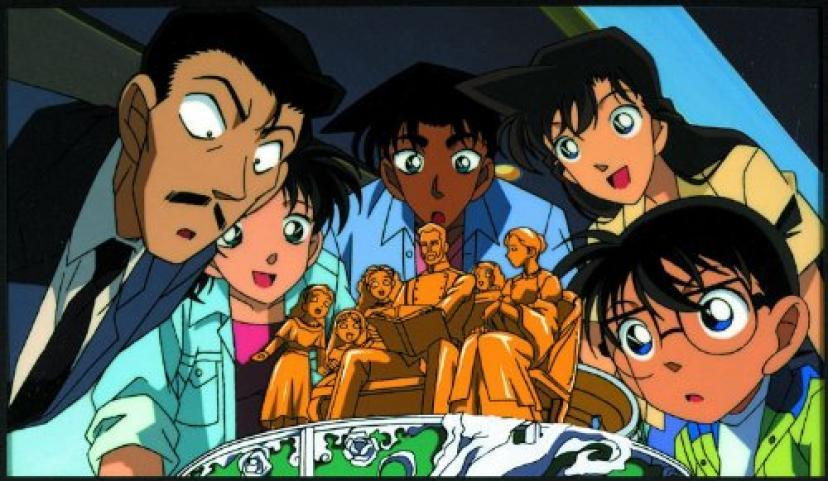 Phantom Thief Kid has once stolen the Imperial Easter Egg, but someone attacks them while they are on the lam, and nobody knows if they are alive or not. Near the site, where that happens, there is a piece of the monocle which Kid wears on his right eye. The police assert that the culprit is “the thief called scorpion who always targets right eyes, wanting the legacy of the House of Romanov”. Imperial Easter Egg is safely retrieved but those who are related with the Imperial Easter Egg are killed by the scorpion. 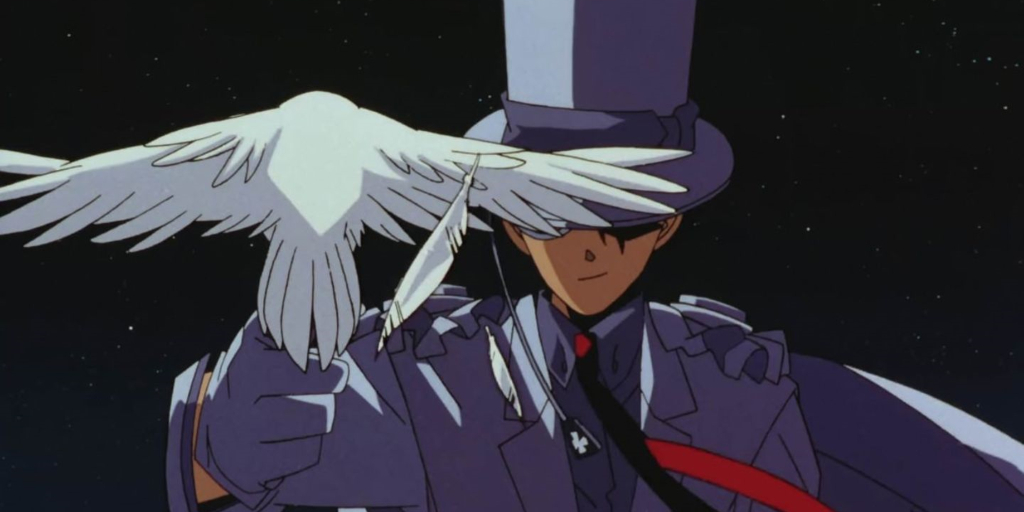 There are so many Conan movies, where Phantom Thief Kid appears but I think this one, where he appeared for the first time in this title is the coolest one~!
Every time Kid appears, we get curious about ‘Who on earth is the Kid?’ as well as the culprit of the incident. That’s the best part of this title, huh~?
In recent Conan movies, Kid usually cooperates with Conan but for this title, he is rather against his side (?), targeting the secret treasure, which makes me think he is even more cool……!

You did really good! I didn’t know there were 24 titles in total!

Yep! Every title is fun but especially the ones, which were released a long time ago, are all amazingly good so why don’t you watch them in this great opportunity? Each movie has the different character who is the most focused so if you see your favorite chara as the main protagonist, don’t miss it out!
Check HERE for 50000 Conan’s Doujinshi!! 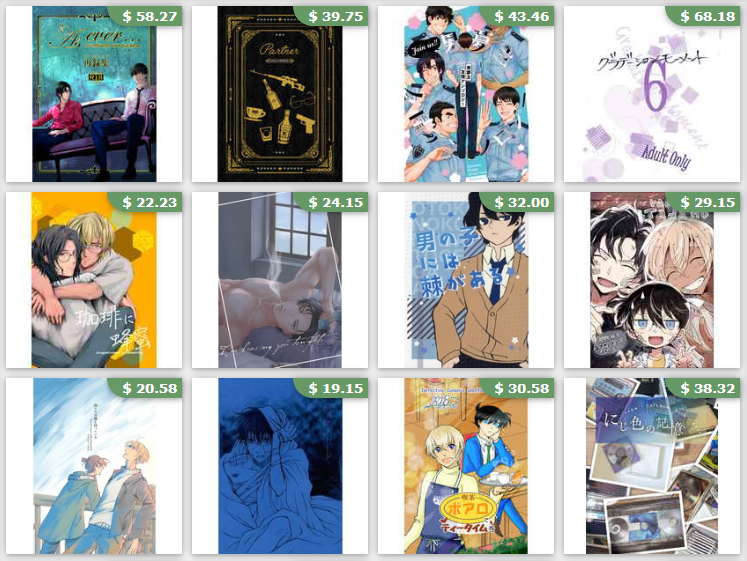 Alright now! We’ll see you all at the next article! Bye now~!
Meitantei Conan (Case Closed)