※I wrote this article when they haven’t announced any characters which will be collaborated yet. Sorry if my prediction was wrong ;)☆ Plus, this includes some spoilers of Danganronpa1 too! Watch out!

Hello everyone! It’s Saori from Otaku Republic!
Guess what? They announced that a famous social game and a super popular game title will collaborate! I’ve been a big fan of them too so……! I decided to share this topic with you all in this article!

【Identity V × Danganronpa】A Dream-Like Big Collabo! My Huge Prediction of Which Chara Will Be Implemented to the Collabo Chara! 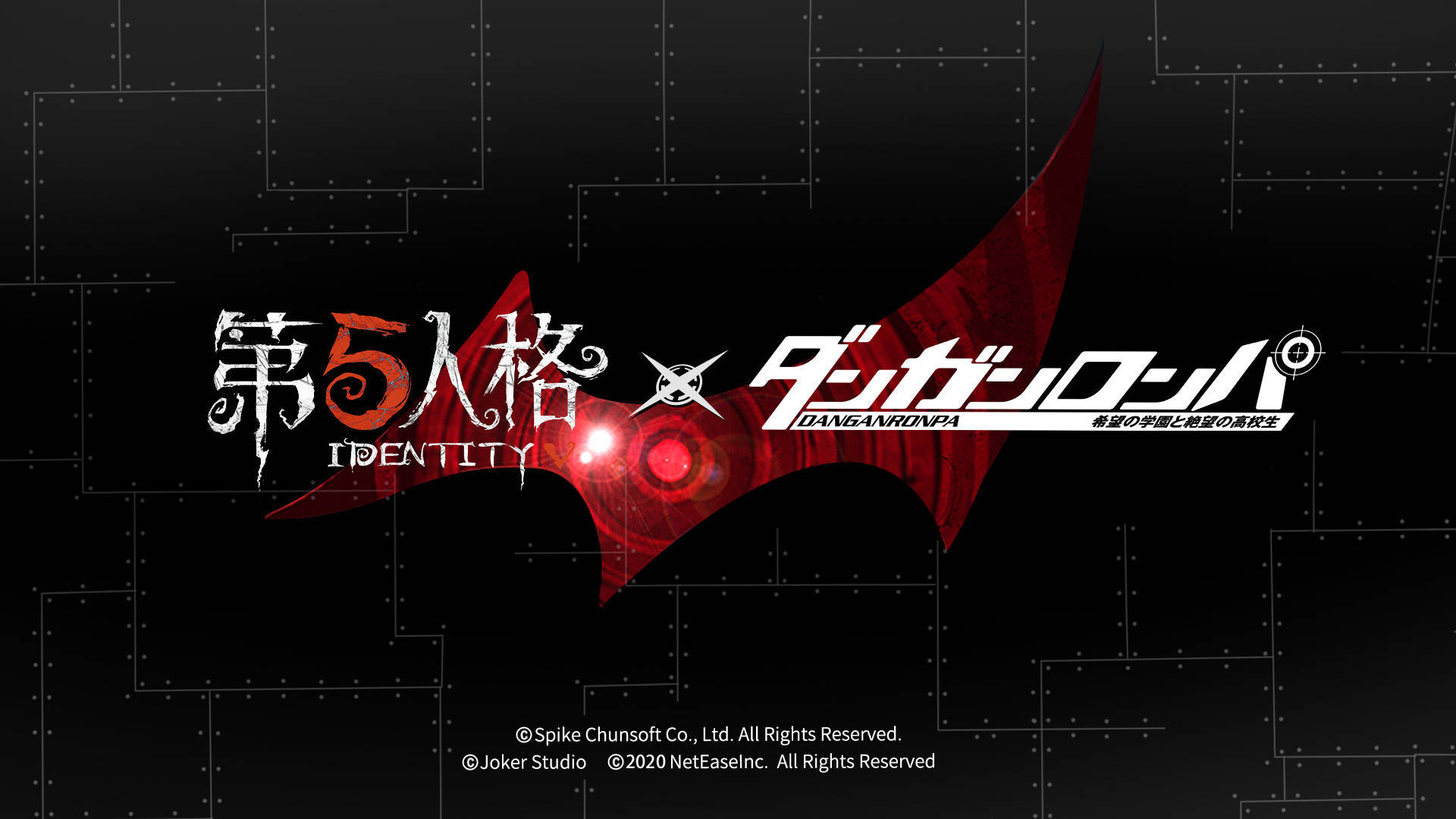 Hello everyone. I’m Otaku Republic’s Boss.
I haven’t played Identity V much but I love Danganronpa and I really want to recommend this! It was also made into Anime! It’s such an interesting story!

What Is Identity V?

It is an asymmetrical PvP game, which is currently available worldwide.
The players are separated with a survivor team, consisting of four members, who try to escape from the stage, and the hunter, consisting of one person. Each team plays the game to fulfill the condition of winning. For more details about the game, check out our previous article!
【Identity V】Doujinshi Event, Taking Place Two Months in a Row! 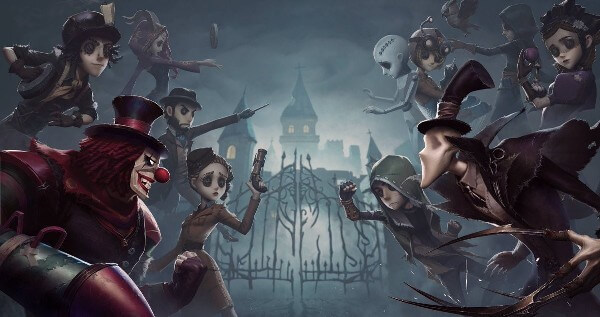 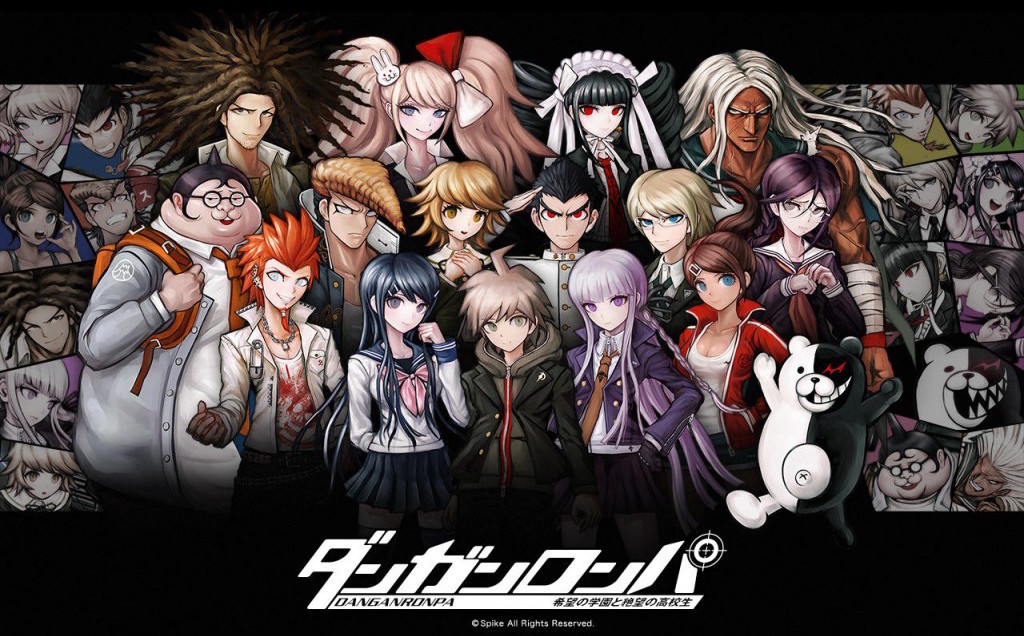 15 high school students were trapped in school by the mysterious creature, Monokuma.
The condition of their escape is…… they must kill another student and not get caught by their peers and complete the “class trial” if they wish to leave! For more details
★Saori Press Vol.99★A special article for Danganronpa series! 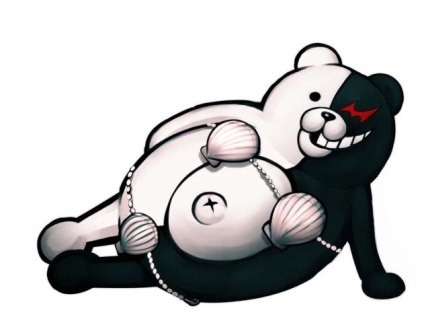 Identity V has collaborated with Persona5 before too. As for this Danganronpa collabo, the characters of Identity V, who wear the costumes of Danganronpa’s characters, will possibly participate in the game, I guess!! 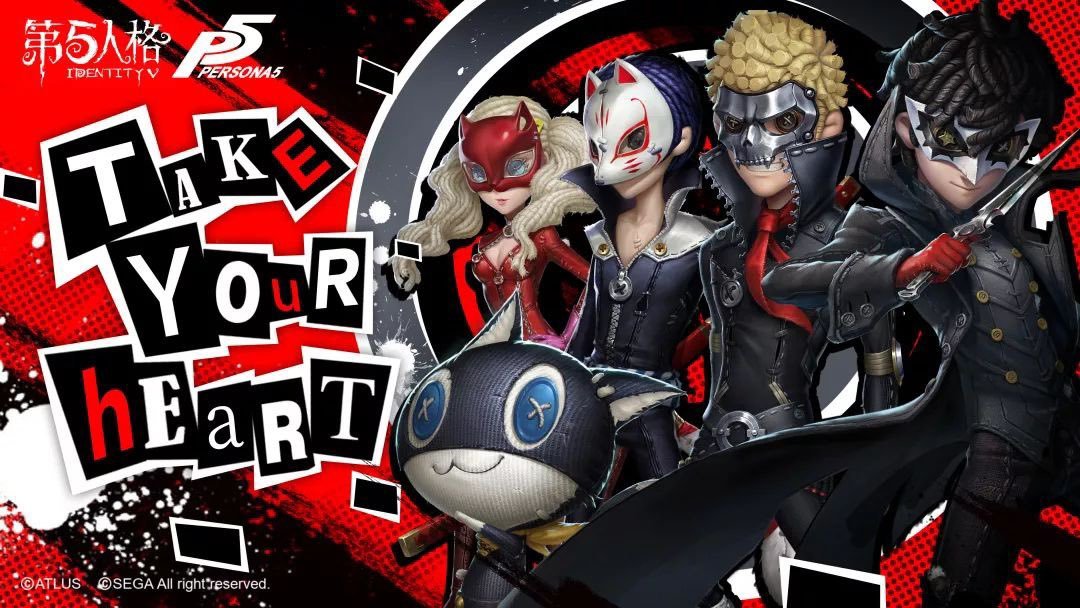 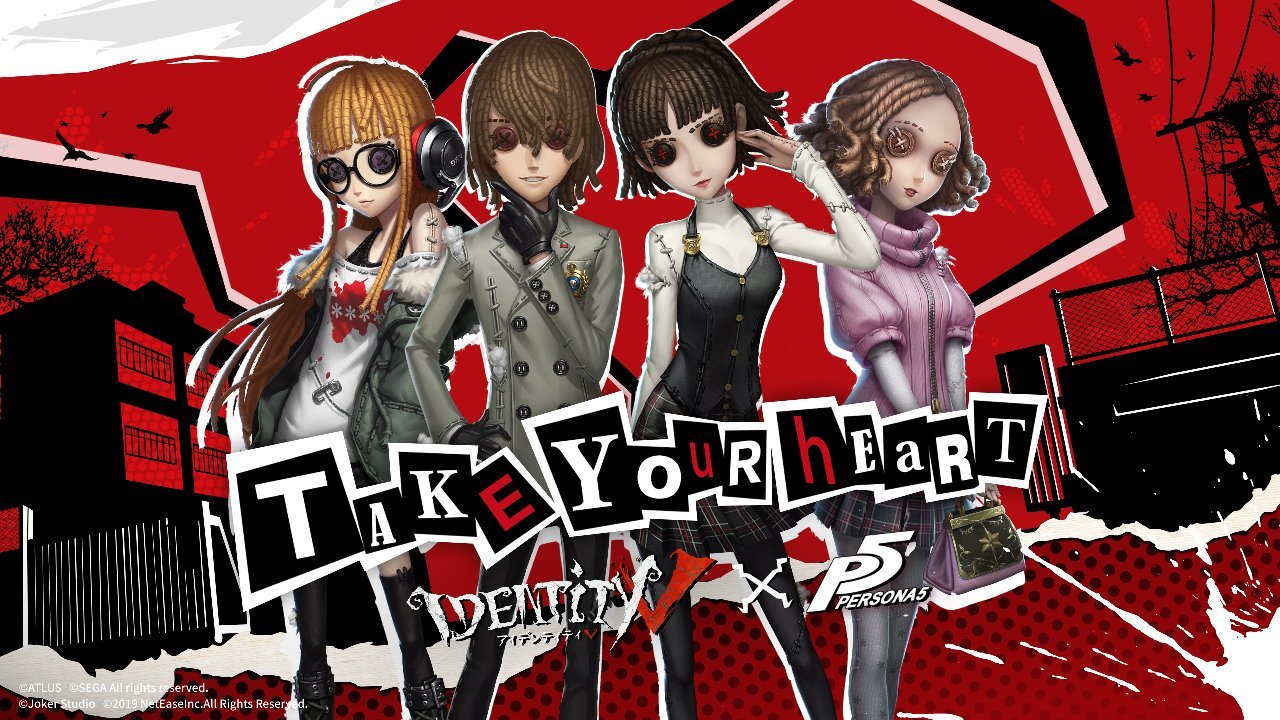 As for the costumes of Persona5, the school uniforms and the phantom thief’s ones were replaceable, which were so high in quality that it went viral!
I guess this collabo with Danganronpa will be like this! The thing is…… who’s gonna be the Chara…… Here’s Saori’s prediction!!

Prediction: The numbers of the Collabo Chara will be FIVE in total? 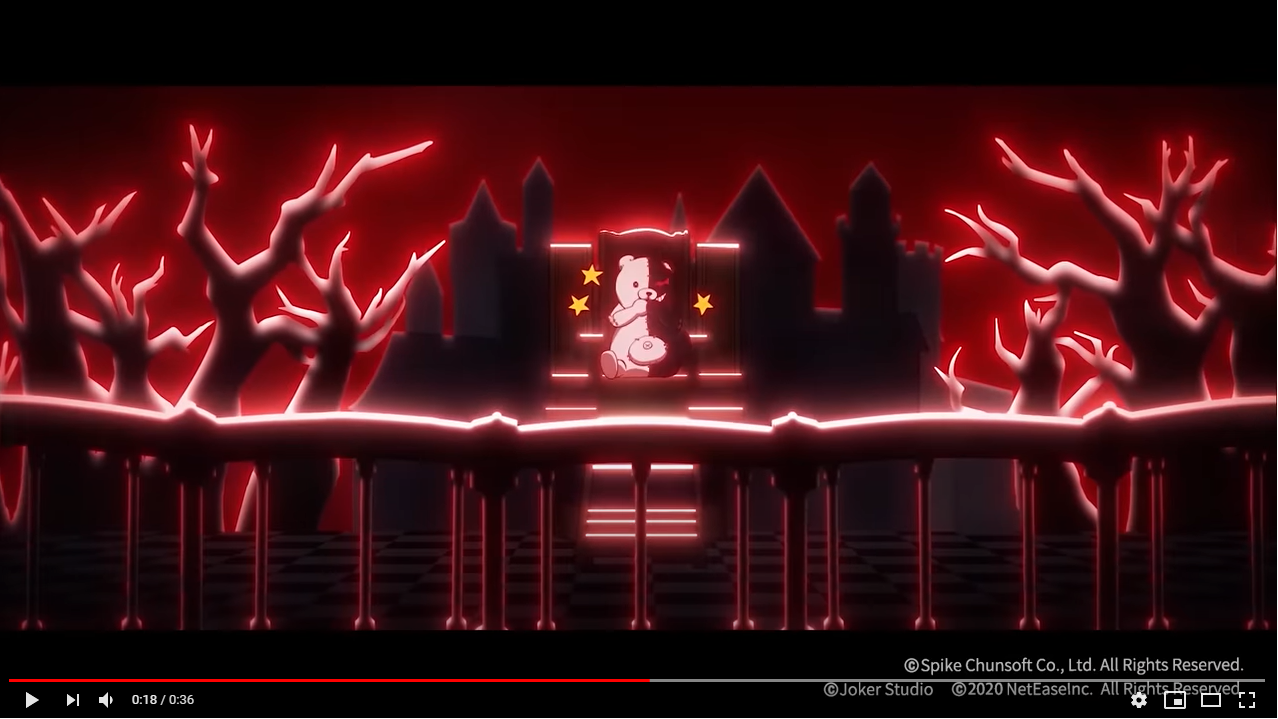 The promo video that I shared above showed us five chairs that were used in the class trial of Danganronpa. Meaning…… the chara collaborating this time might be five! Also, it doesn’t say “Danganronpa Series” this time, so the chara might be from Danganronpa 1, I’m guessing! 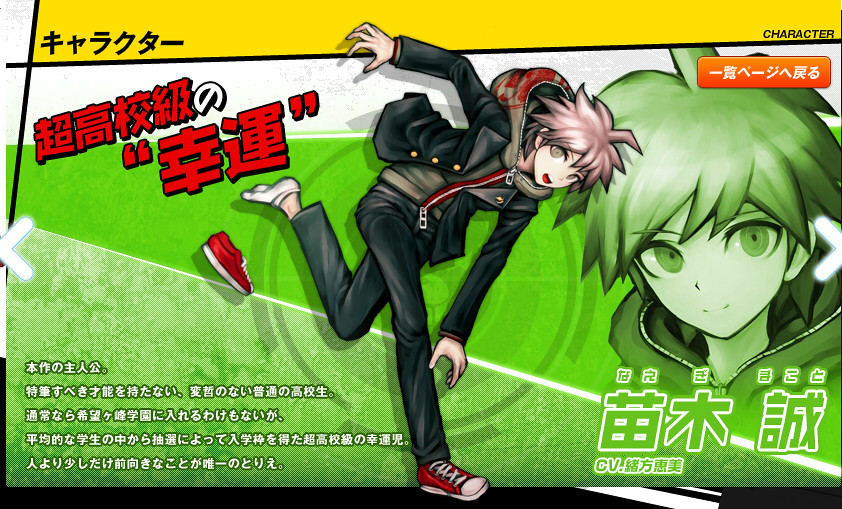 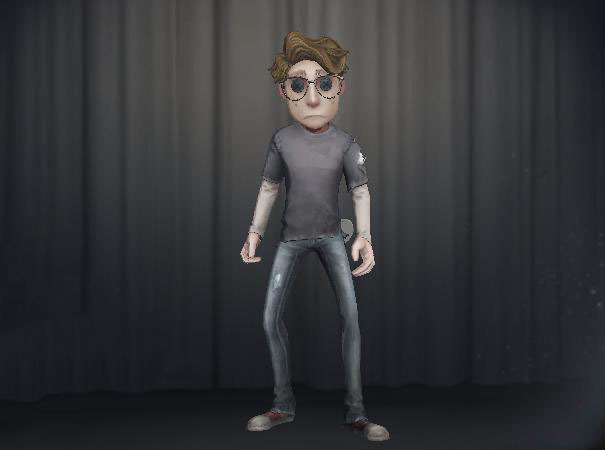 Speaking of the main chara in Danganronpa, you would say the Ultimate Lucky Student, Naegi Makoto! And accidentally, there is a chara in Identity V, who relates with happiness, called a Lucky Guy too! The Lucky Guy in Identity V plays a tutorial-like role, so any players own this Chara! So! these two (having much in common) might possible be the collabo chara for a starter! You see them in the Promo Video, right? 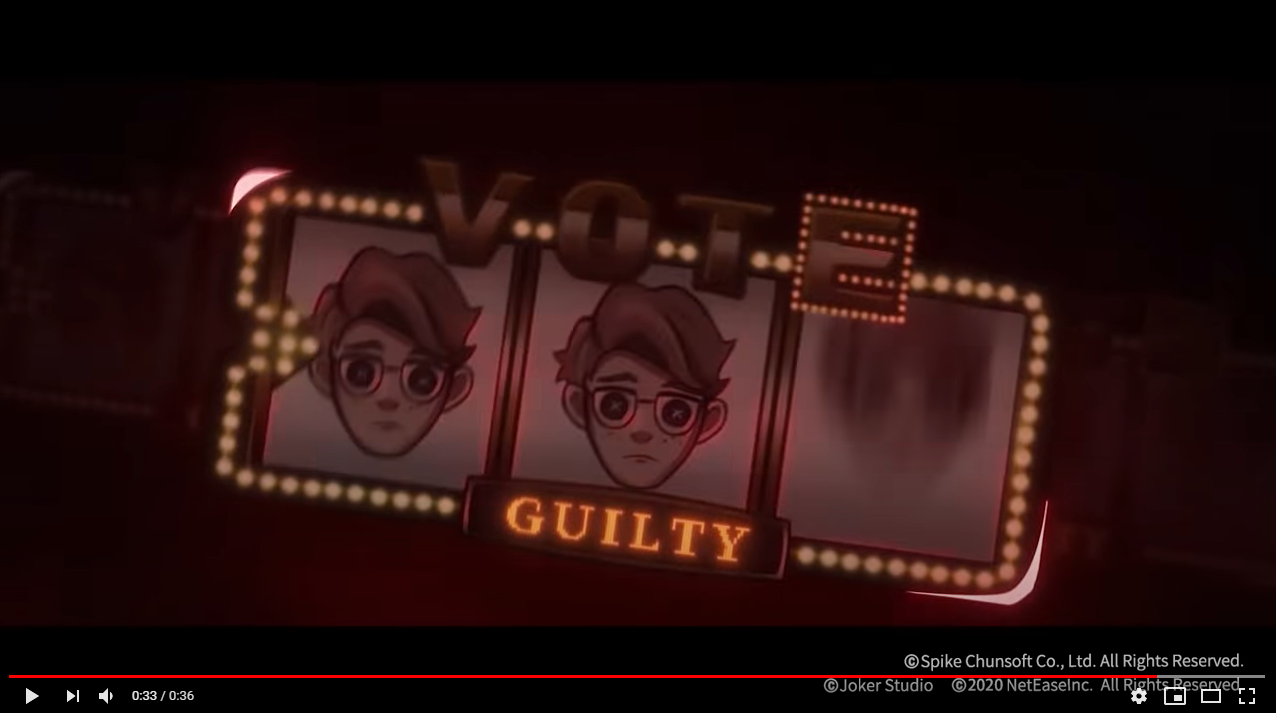 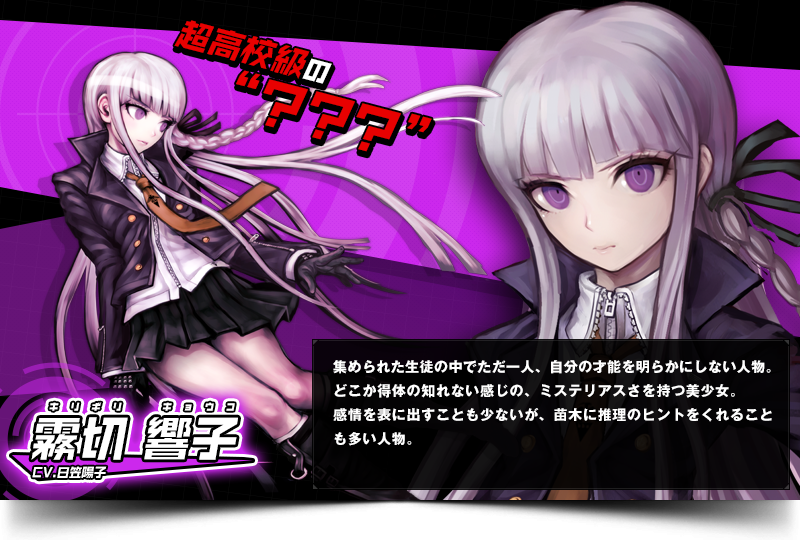 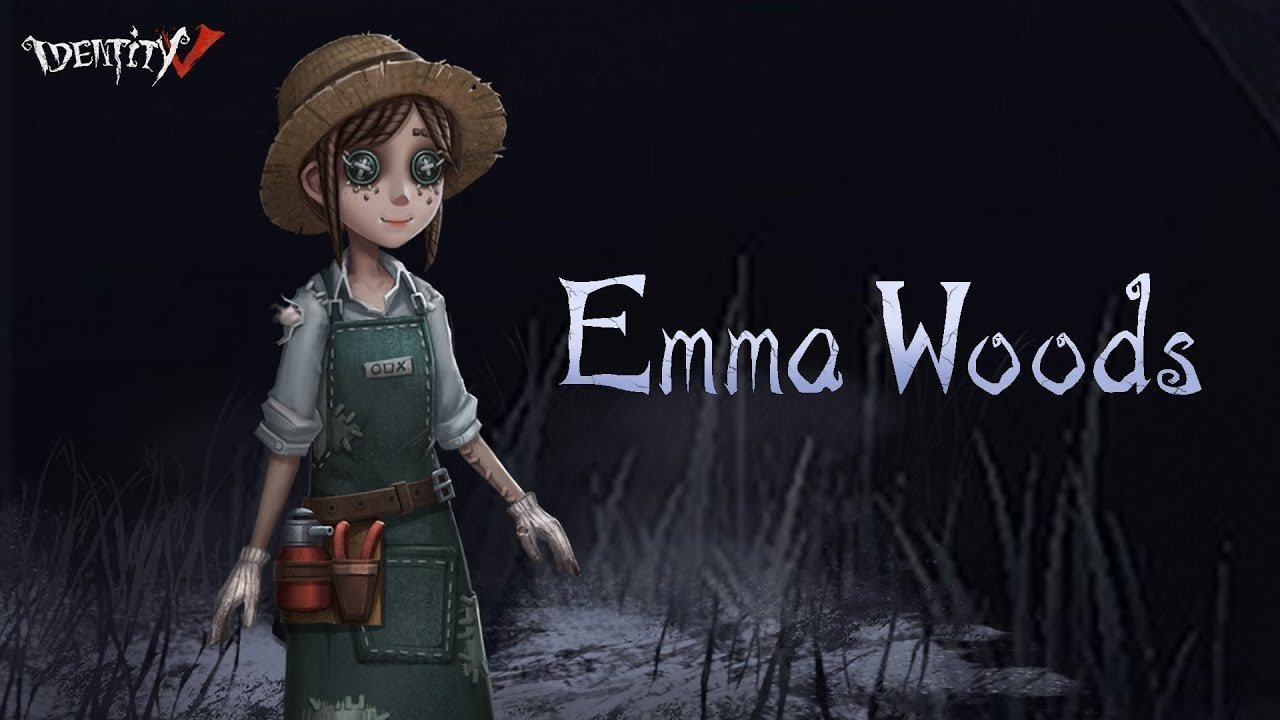 These two don’t have a lot of things related with their physical ability in common but they are in the similar position: the main and the heroine. Another thing in common is that the relationship with their fathers will relate with the secret of the game. It’s very particular, huh? But again, Emma-Chan appeared in the collabo costume in Persona5 already so she won’t do this again……? 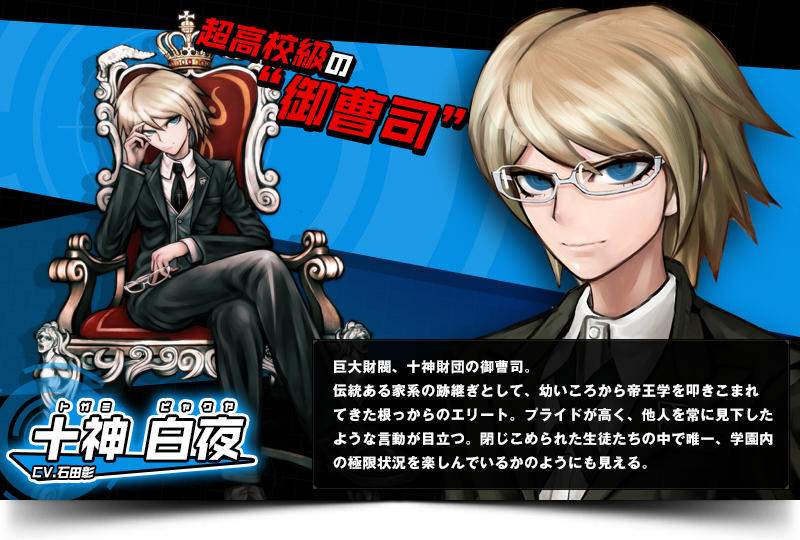 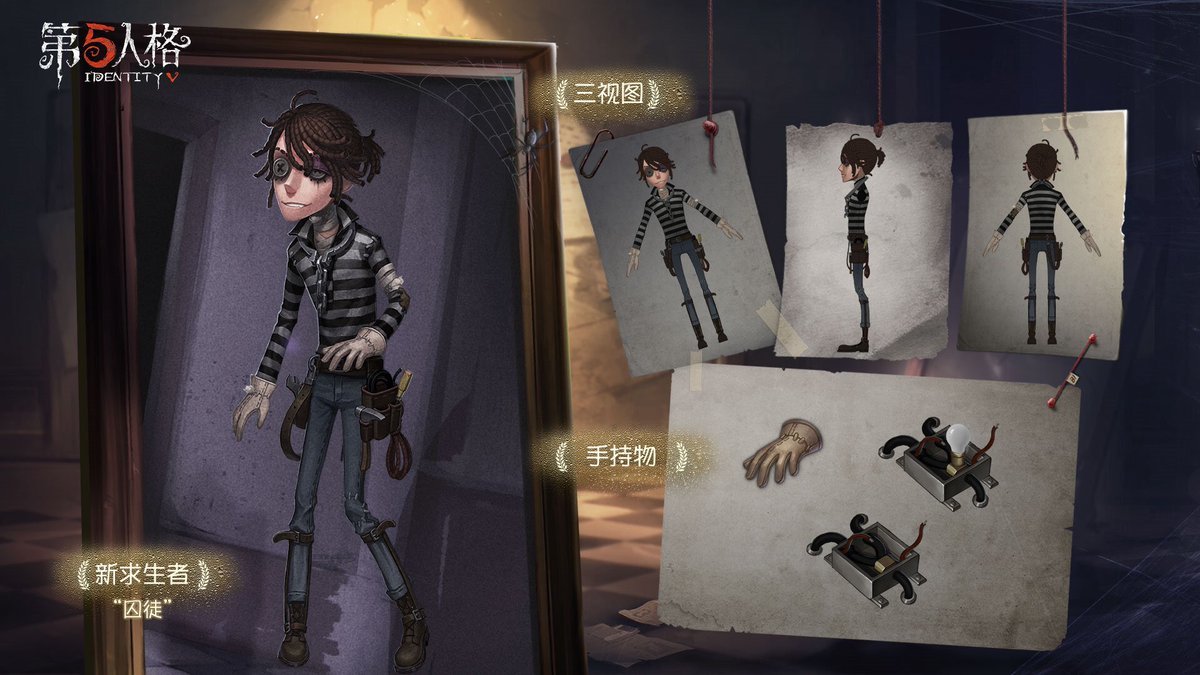 These two don’t have a lot in common but they both have such overwhelming brains. And one of the tendencies when Identity V selects the collabo chara is that they select the newly-appeared chara as the candidates. (Prisoner is one of the newly appeared chara!) Even though these two are smart, their physical strength are not that high so…… I really want them to be collaborated. 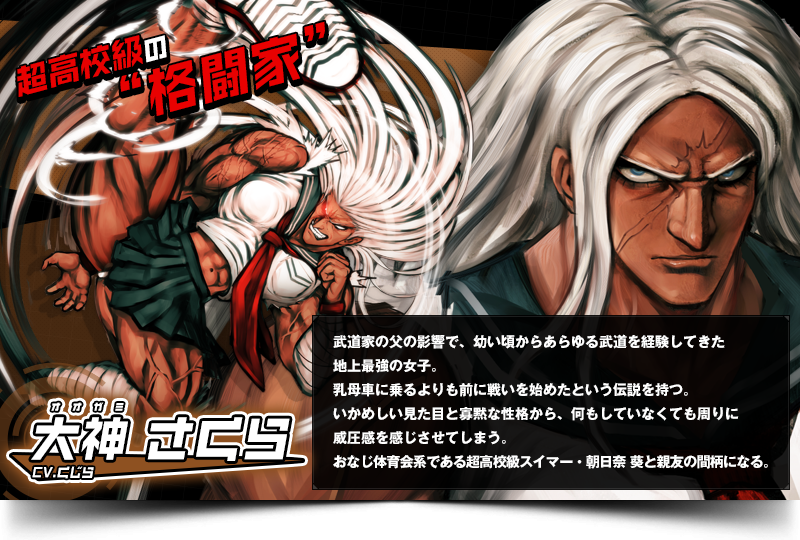 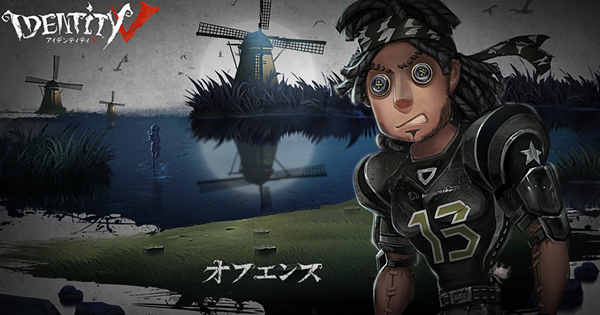 If my favorite Sakura-Chan is collaborated, then it has to be this Chara……!! Even though Sakura-Chan looks like a strong warrior, she is actually a cute girl……!! I would be so happy if such a cute Sakura-Chan came save me, just like Forward!! I really hope they will implement Sakura-Chan’s costume!! They are the opposite sex but please make this happen!! They are Saori’s (my) best recommended Chara!!! 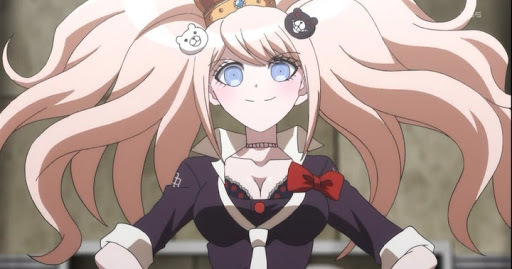 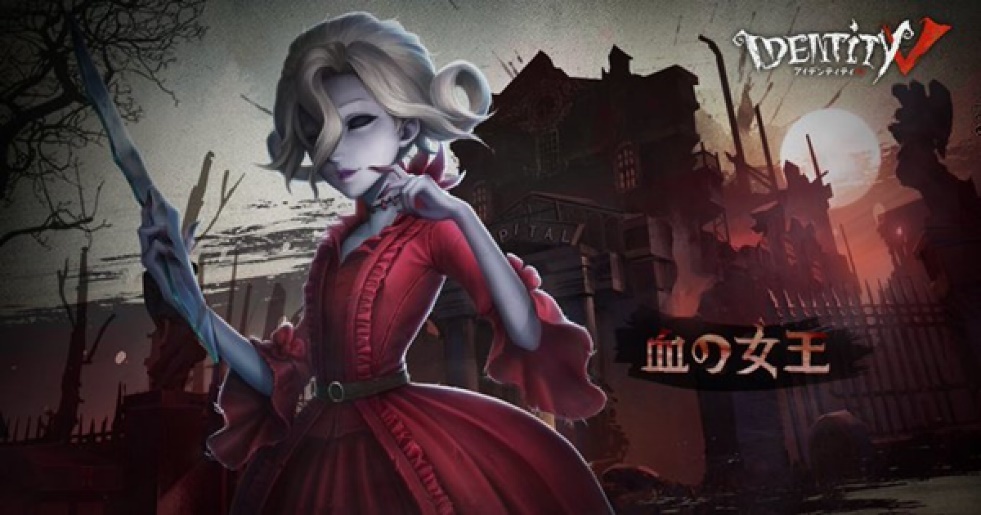 I don’t know if they (Identity V × Danganronpa Collabo) will restrict showing the spoilers but if they don’t care about them much, this collabo will be HOT, I guess!
I don’t even have to say how popular Enoshima Junko, right? She’s so charismatic. Also, Bloody Queen is one of the most popular hunters in Identity V, full of dignity and strength. She even won the 1st place (both Chinese and Japanese versions) on the worldwide popularity vote, held the other day!! Personally, I really want the collabo costume of these two, so I want them to implement these two!! 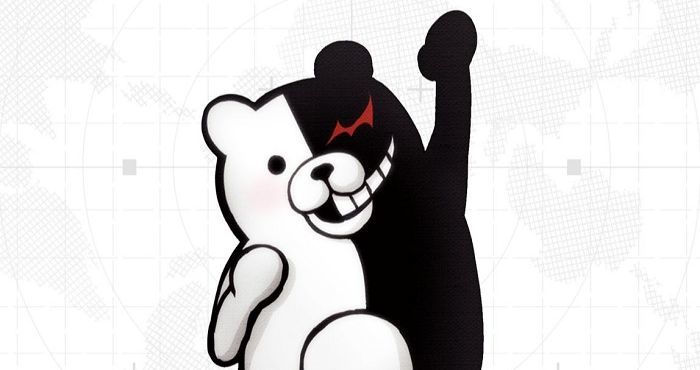 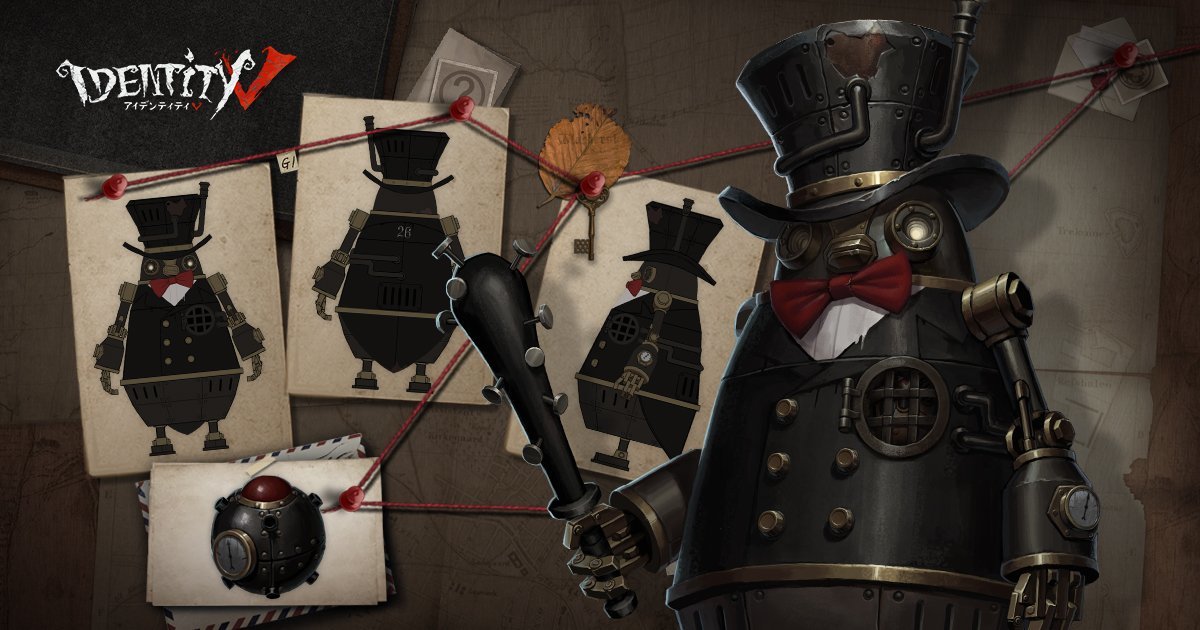 I’m having so much fun, predicting this! Now I’m doing the 6th one!
I have to say this! The mascot chara of Danganronpa, Monokuma, has to be implemented too, as a hunter who chases the survivors!! In Identity V, there is a penguin-like hunter, managed by the machine. It attacks by blunt or explosion…… so it has something in common with Monokuma, I thought. Personally, it’s very hard to control Guard 26 but if Monokuma is implemented, I should really try~~!! Yes! This is a dream-like collabo!!

How did you like it!? I’ve heard that all the fans have been looking forward what Identity V × Danganronpa is going to be like! So you guys! Please share your prediction with us too!!

Already now! We’ll see you all at the next article! Bye now~!!
※ Postscript!! 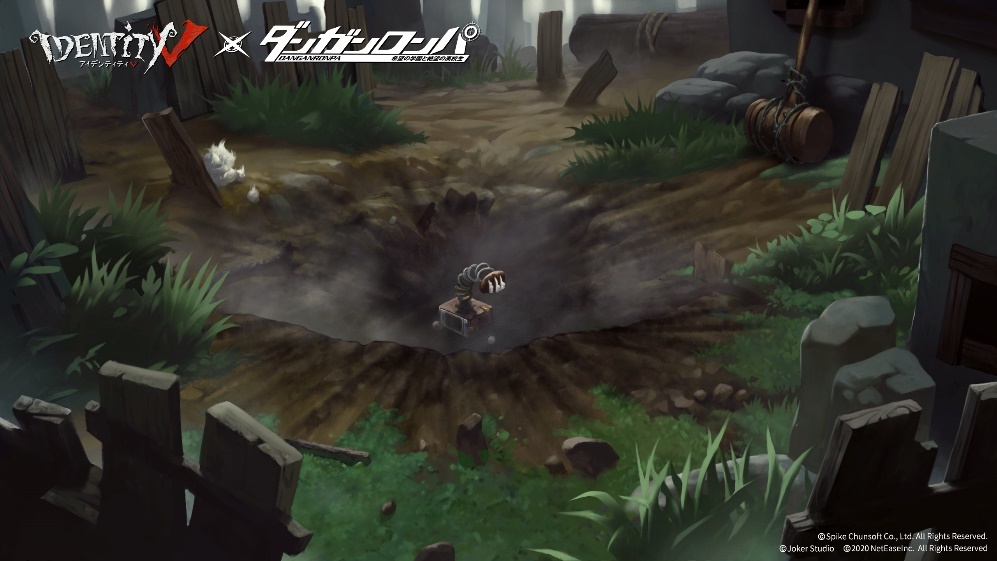 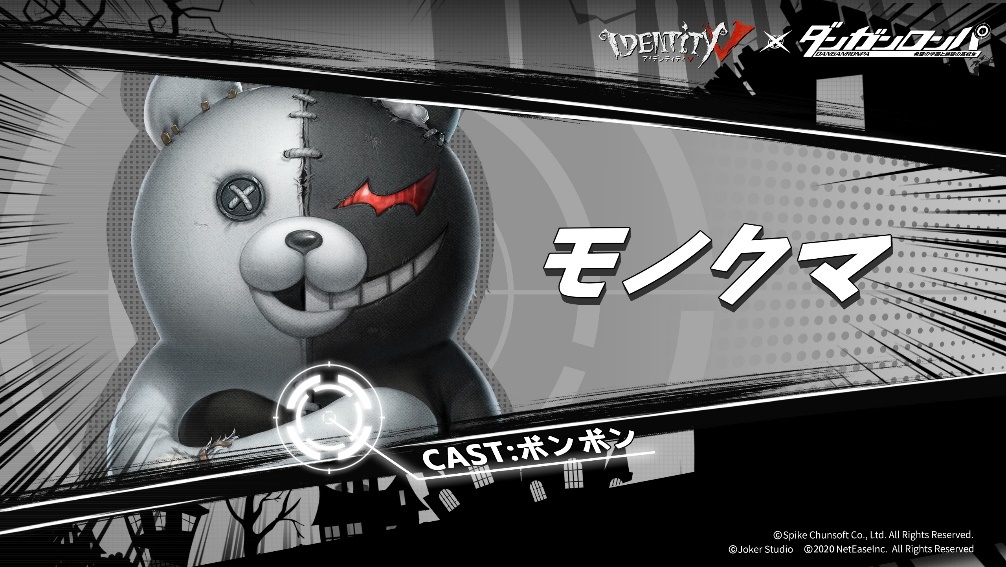