A bumper crop this autumn!  Review of the autumn anime, 2014!

It’s been so busy in September since my boss and I had our birthdays!!!

Since I finished watching all the final episodes of the summer anime, I kind of burned myself out... 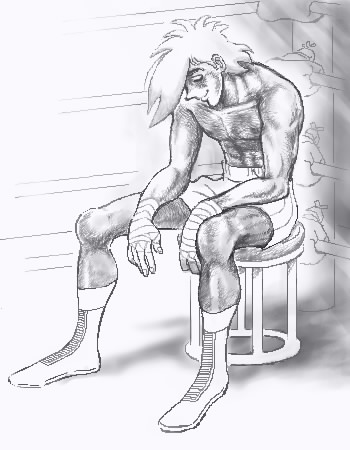 I still can’t believe we had such a hot summer since it’s cool now...

There will be so many anime which make us passionate starting from October(人´∀｀)．☆．。．:*･°!

Have you guys decided which anime you want to check out?  It doesn’t matter if you have or not.  Let’s review the autumn anime together on this Saori Press!

A bumper crop this autumn!  Review of the autumn anime, 2014!

‘PSYCHO-PASS’ was an original story made in 2012 and drew attention by having the novel world setting and distinguished making staff (Urobuchi Gen who was in charge of the scenario of Puella Magi Madoka Magica),(Amano Akira who is an author of Katei Kyoushi Hitman REBORN!, being in charge of the character design).

The sequel will finally be revived as the autumn anime, 2014! 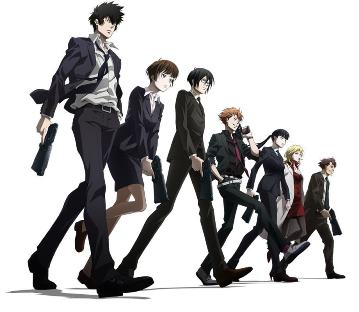 It was the world where the human state of mind, personalities, and all other information can be expressed in numerical form.

The number was called ‘PSYCHO-PASS’.

The number has drawn great attention towards people who have a large cumulative number, because they can be arrested even though they haven’t committed a crime.

This is a story about ‘Public Safety Bureau Criminal Investigation Department’ who play an active part in facing those crimes in such situations and the shocking ending that they will meet. 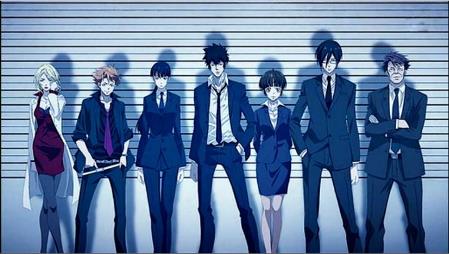 Since this story has the setting of ‘near future SF’, ‘detective story’ and ‘group performance’, it tends to be compared with ‘GHOST IN THE SHELL’.

But everybody who has watched it says, “it differs from GHOST IN THE SHELL completely!!! (●ω●;)”

Of course there are pros and cons about this story, but to me (Saori), they differ on ‘how easy the setting is’ and ‘how humane the heroine is’ (*｀д´)σ=σ!!!

Especially, the heroine, Tsunemori Akane-chan is not ‘a perfect woman’ like Kusanagi Motoko in GHOST IN THE SHELL, but instead she’s a girl ‘who tries to solve the incidents or human relationship by worrying by herself’!

Not only her personality of ‘having a strong sense of justice and being cheerful’ but also the other side of her personality of ‘wondering about the numbers incidents, being trusted by them with a soft-heart’ will impact the story drastically later on! 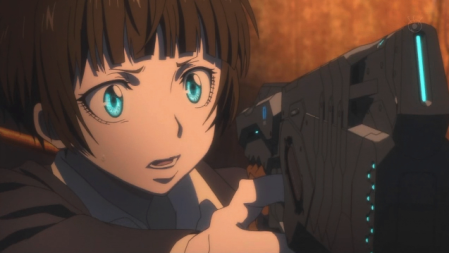 All the detectives around her are veterans or people who do reckless things!  Assigned as a newcomer, she is forced to make a difficult decision by getting involved in the vicious crimes or taking away someone’s life... (((( ;゜Д゜))) 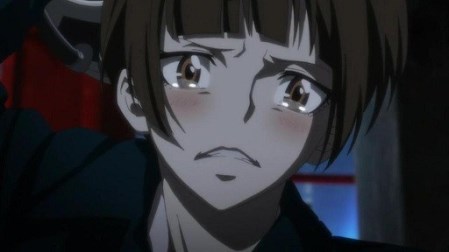 You know what??  I actually want to tell you more about PSYCHO-PASS such as the thing about Kougami Shinya-San..., but!  I won’t since anybody who hasn’t watched it will be able to enjoy it even more!

Check his charm out with your own eyes, ok...?

You’ll be fine since it won’t take very much time until you’ll be a fan of Kougami-San. 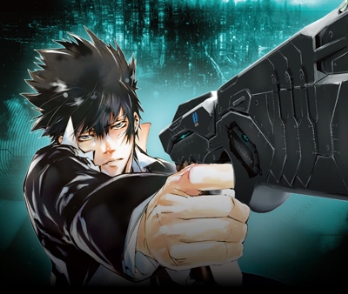 ‘Yowamushi Pedal’, which used to be televised as the autumn anime, 2013, 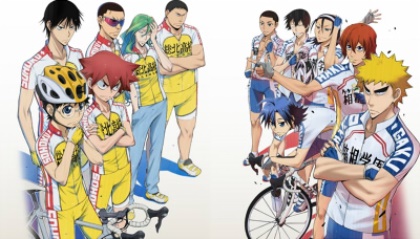 Through being animated, it was recorded as an explosive hit in Japan!

Isn’t it so fresh in our mind that it’s been televised just recently?... ( *´艸｀)

Do you remember that the final episode of Season 1 had such a rare way of ending??

I just couldn’t help but say, “Is this how it ends???”  That’s why so many fans were saying, “I just can’t wait for another three months until Season 2 starts”.

By the way, I shared a lot more things about Yowamushi Pedal with you guys here in Saori Press!  And still, I have more anime that I want to introduce to you guys, so check the details out from it below!

★Saori Press Vol.19★ A special article for the sports anime!!

Guess what!  This is the anime that one of the staff of Otaku Republic, Shingo recommends!

He said, “It was so boring at the beginning with so many explanations going on.

But as the story goes, it has taken a new turn on its action scene or its bigger scale!!

So just don’t give up even though you might think the beginning is boring!!”

That’s what he said!

I think I understand what he said.., but since I (Saori) don’t know much about this anime, I searched for its outline!! ε=ε=ヾ(○´Д｀)ﾉ

This is a SF manga which is about a battle between cockroaches called ‘Terraformer’, which were released for terraforming in Mars, being evolved into human bodies, and people who had special surgery to get rid of the ‘Terraformer’. 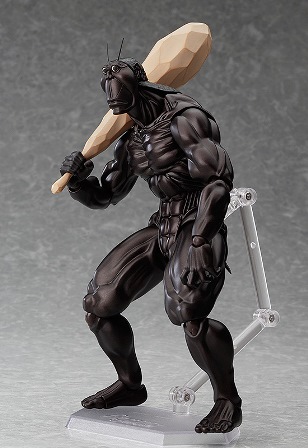 What is this dreadful setting? （＾ω＾）。

But wait.., they might express a more vague way when it’s televised.  It might not that scary when it moves!

No way... I guess the staff is definitely serious about making this anime. （＾ω＾）。

（＾ω＾）Did anybody think that it’s gonna be fun even just by knowing the setting?

（＾ω＾）I’m sure they won’t betray your expectation.  I can feel that such a great story will be televised.

One day, ‘the gate of the parallel universe’ was open in the metropolis called, Mikado City.

Guess who came out of the gate.

They were monsters called ‘Neighbors’ who never felt anything from weapons human invented.

Even though people in the town panic all of a sudden, a mysterious group defeated the Neighbors one after another.

The name of the group is ‘Border’.

It’s been four and a half years since the gate was open.

Mikumo Osamu is a junior high school student and also a member of Border (secretly).

When they’re going home together, they get attacked by Neighbors all the sudden!!

Since Osamu was still a trainee, he couldn’t do anything but kept being attacked...and guess who saved him!  It was Yūma!

Seeing Yūma (Right) beat Neighbors using ‘Trigger’, Osamu (Left) asks him if he is a new member of Border.

But he says that his true character is one of the ‘Neighbors’! 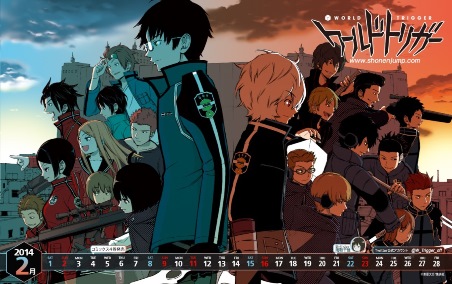 This has been so popular in the magazine, ‘Weekly Syonen Jump’ as a serial story and it’ll finally be animated this autumn!

These kinds of settings such as, ‘a special power’ and ‘a battle’ are common in the magazine ‘Jump’, but all the fans of Jump have been eagerly supporting this manga saying “it reminds them of Jojo no Kimyou na Bouken (JoJo's Bizarre Adventure) or Hunter x Hunter and its charm is a strategic heroic battle.”

I (Saori) read this manga too and I got some impression, ‘Gags are not too extreme and fun!

But the battle scenes are high-level and cool!’ (*￣ω￣)v

Since the originals have been released to only volume 7, we’ll look forward to the next ones coming out!

I think the timing of being animated is a little early... but we have so many fun scenes in there! 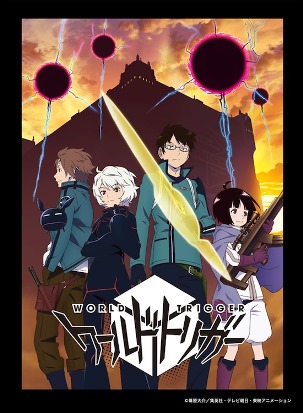 Especially, I came to like the main character, Yūma!

He is just so strong when it comes to the battle!

He is sadistic, rational and cool.  Since he has a special ability ‘to see through people’s lies’, when he says relentlessly, 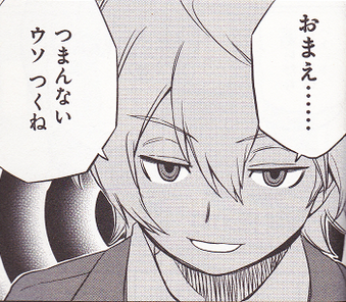 he looks so cool...!!!  (He says this especially when he sees through malicious lies.)

And more!  We have so many anime starting from Season 2 or original ones in a good balance!

Well, I just shared some information with you guys by only Saori’s preference, so please check the episode 1 with your own eyes, ok?

We’ll soon be ready for the ranking of the autumn anime’s expecting degree, so please check it out too. (*｀д´)σ=σ

and, See you guys next Special Saori Press!!

We are preparing special gifts and let you know on next press!