The strongest?  The worst?  A special article for the anime characters’ combination!

You know what?  Since I don’t have time, I’m just gonna go ahead and start on the main subject(# ﾟДﾟ)!!

The strongest?  The worst?  A special article for the anime characters’ combination!

Here it comes.  That’s what I had expected, boss.

I’ll share some characters which are always in a combination in anime and manga, just like my boss and me in the Saori Press with you guys at my (Saori’s) fancy. (I’ll tell you that this is in the basis of my preference, so just ignore it even if you think some of the characters are not in a combination, ok?)

I’ll introduce these two characters as a combination, but they’re not friends at all.  They rather hate each other.

I (Saori) don’t know why but these two characters came into my mind first when I think of a combination...

They are introduced as the members whom ‘nobody should antagonize in Ikebukuro’ at the beginning of the story.

Even though I introduced them as a combination, they were not a perfect pair.

Rather, they never meet without quarrelling, realizing that they are enemies.

For one reason, Izaya-San can accomplish anything for his own goal or resolving his doubts without hesitating to use any immoral ways.

Even though he professes, “I love all human-beings!”, the way he loves or thinks are not somehow straight.

Still, he tries to get involved with all the incidents happening in the anime.

In short, his acts and thoughts are like masterminds. 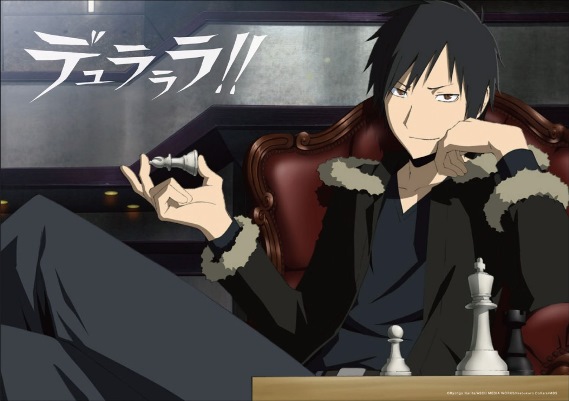 Shizuo-Kun, on the other hand, has a peculiar constitution that when he gets mad (reaching the summit of madness), his muscle limitation is released (=having a superhuman strength).

But, unlike his bellicose personality, he is unexpectedly humane and kind, compared to Izaya-San.

For example, he cares about little kids or pays respect to people who try to be strong with their own wills. 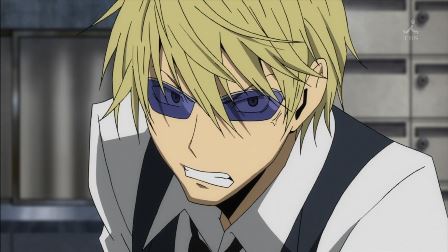 By the way, this is how Shizuo-San is getting superhuman strength.

Holding a trash can is nothing for him. 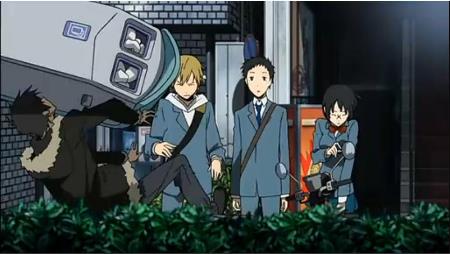 Vending machine? Nothing too. 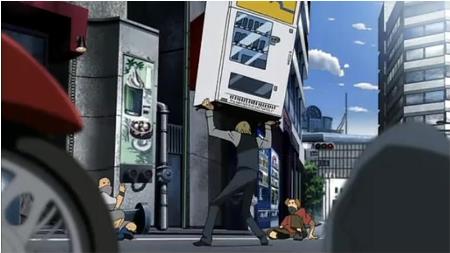 Guess what!  He even throws an elephant’s ornament in the park. 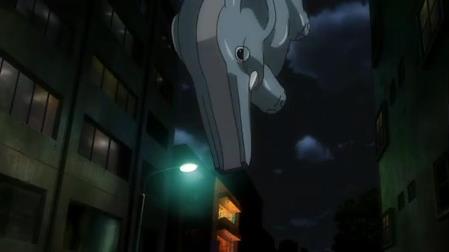 Of course, the only target is Izaya-San. 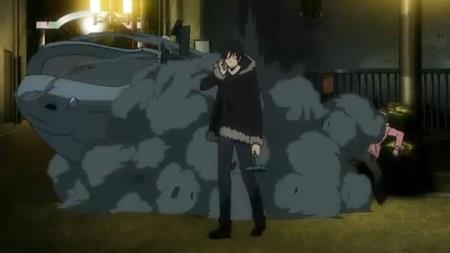 Of course, Izaya-San countervails him with a knife at first, but since he knows that he can never beat Shizuo-San with a hand-to hand battle, Izaya-San basically runs away.

If he got caught, he might die, you know.. 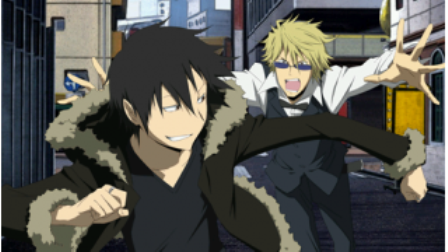 Izaya-San always thinks if he could use anybody for something.  Shizuo-Kun understands that with his instinct and in-turn tries to kick Izaya-San out from Ikebukuro.

‘Nobody should antagonize them in Ikebukuro’ That’s them.  It looks like they have exactly the opposite personalities and abilities.., but they unexpectedly have something in common.

It is..., ‘They both spoil their younger sister and brother”.

Even though Izaya-San usually shows the love which is not straight to other people, he shows ‘a honest brother’ in front of his family! 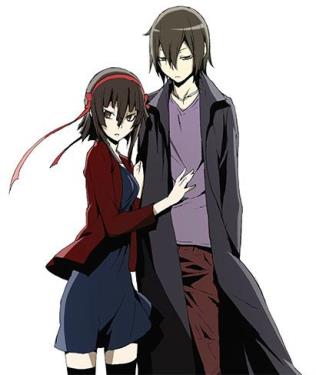 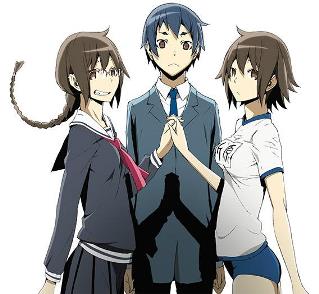 Even though they have exactly the opposite personalities and the ways of thinking (having fights is normal for both of them), they’re so similar when it comes to making the story more attractive!

Honestly, I was worrying ‘if they can be called a real combination....’, while writing this article, I think they ARE ‘the best, suitable combination’ with these clear oppositions! (σ・∀・)σ 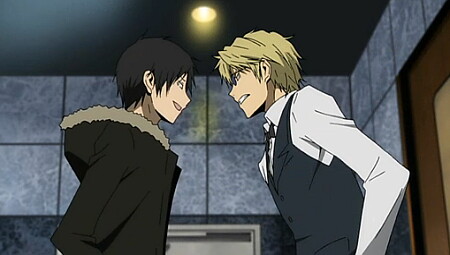 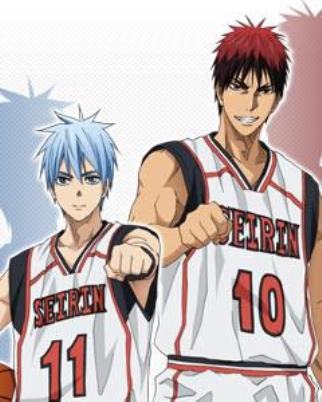 Kuroko Tetsuya & Kagami Taiga, who embody ‘Light and Shadow’, which is the original’s theme, are the main characters of the story, teammates of the same basketball club, classmates at school, the best friends and the precious partners to beat Kiseki no Sadai together. 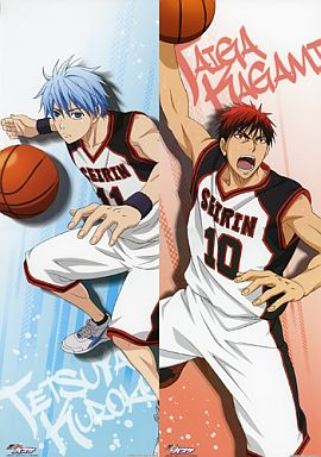 I guess many people know them ‘only by their names’ because they’re the main characters of the popular genre.

And there must be many people who know a lot more than only their names...

At the same time, there can be many people in this world, who don’t know how attractive they are as a combination, or how their unexpected relationship is.

So, I’ll tell you guys about ‘some of their unexpected relationship which Saori thought’!

They sure have the same initials!  But I haven’t noticed it until now!

■Kuroko-Kun was going to use Kagami-Kun to beat ‘Kiseki no Sedai’.

Kuroko-Kun’s first aim was ‘to motivate his ability of basketball by beating Kiseki no Sedai’.

To make it come true, ‘he, who wanted to be like a shadow, needed a player whom he can make use of himself with’.

But Kuroko-Kun has gradually noticed that there was something wrong about himself, as he keeps practicing basketball with Kagami-Kun.

Those feelings came to be seen even in Kuroko-Kun’s play, which starts to make him worried with impatience and pain.

And finally, Kuroko-Kun confesses his true feeling that he was using Kagami-Kun.

The reason why he confessed his feeling was because he thought the way he was wasn’t gonna work out.

He thought he would change himself to be stronger and for Kagami-Kun who trusts him.

Even though they weren’t connected with trusting each other, they made their goal completely the same!

I remember being surprised to find Kuroko-Kun’s a little unexpected motivation...

■ “You’d better quit basketball.” This is how Kagami-Kun’s word has changed.

This is what Kagami-Kun told Kuroko-Kun in the 1st episode.

He blurted out thinking his body or stamina can’t match with basketball.

But Kagami-Kun gradually starts to admit to him as they play together, just like Kuroko-Kun does.

Kagami-Kun starts to trust Kuroko-Kun, finding his good points, such as his judgment on how he makes use of his weapons with his little stamina, various trainings to make up for his week points, and his more solid attachment toward the victory than himself.

When Kagami-Kun met Kuroko-Kun for the first time, he thought he was more inefficient than him...,

As being supported by him like this, Kagami-Kun found out that he couldn’t give full play to his ability by unconsciously relying on him too much.

When they are playing against the team where their fatal enemy, Aomine-Kun, is in, Kuroko-Kun’s newly trained technique is smashed by Aomine-Kun, saying “That’s a useless effort.”

Kagami-Kun then thought, seeing him going back to the bench.

“I’ve been supported by such a small back (Kuroko-Kun) so many times.  It doesn’t matter if we can beat Aomine.  I’ll just help my buddy (Kuroko-Kun) next!!” 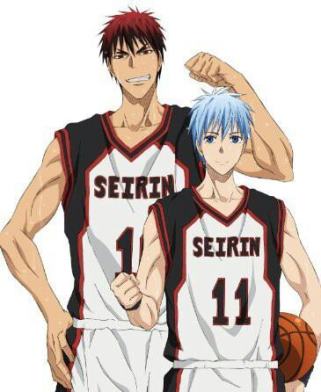 To me (Saori), It was so unexpected to see Kagami-Kun, who has overwhelming potential, was feeling that he had been supported by Kuroko-Kun... 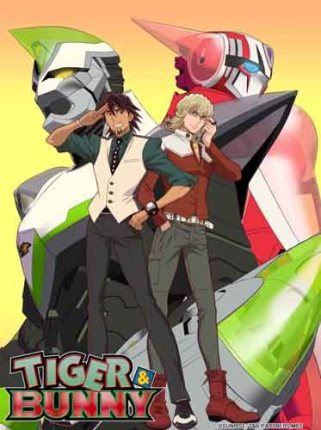 The stage is set in the near future.

There were various races and ‘people having special abilities (NEXT)’ living together in the near future city, called Sternbild City.

But the city was always full of crimes since many of the NEXT used their inborn special abilities for the crimes.

To solve this problem, each company announced that they hire NEXT as HERO to support them thoroughly so that they could wipe all the crimes out!

Their great activities were televised in the exclusive program and the city was finally getting back to peace. 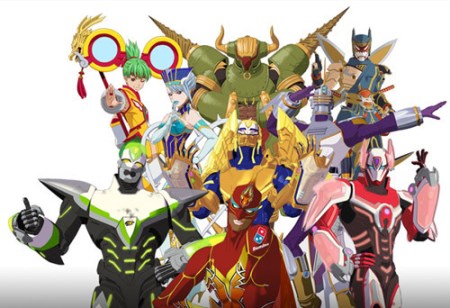 All the HERO can get the points according to their activities, and the one who got the best score in the year will receive the certificate..., but Kotetsu Kaburagi, whose HERO’s name is ‘Wild Tiger’ doesn’t do good activity very much, even though he is a veteran.

His popularity is getting low and both his private life and life as a HERO are on the edge!

Then the company suggests to him that ‘he should work as a buddy HERO’ and tie up with Barnaby Brooks Jr., who has exactly the same ability as he does!

Kotetsu, who always does dynamic work by sometimes breaking things to catch criminals or save people’s lives (that’s why he can’t get many points...), and Barnaby, who can deal with things rationally and dispassionately (even though he is impertinent being junior to Kotetsu) This is a story of HERO about these two men’s combination that was made to tie up with and turning into a real combination!

If we were asked ‘who is a famous combination’ among all the anime televised for the past few years,

we would definitely pick their names(σゝ∀・)σ?

Their image is rather of twins than a combination.  Since they’re a perfect pair, our boss said to me,

Then I thought the same way, so we’ll do it∑(･ω･ﾉ)ﾉ!  Boss, that was nice advice!

Their names derive from ‘their exact the same figures in the mirror’ with their ‘bell’s sound-like’ singing voices echoing throughout the whole world.  It is said that their names, RIN and LEN, also have meanings of ‘R/L’ on the stereo. 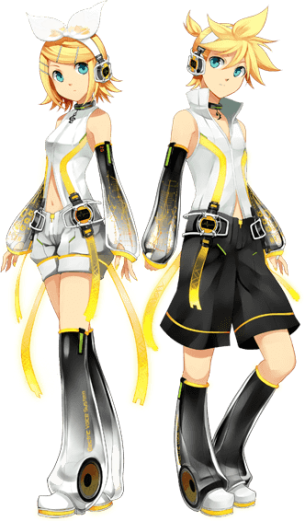 Since only their ages and appearances are set in public, all the fans have their own imaginary ideas about the girls’ personalities, such as ‘active’, ‘mischievous’, etc...

My guess is that ‘they’re so cheerful, mischievous and active twins who play with their brother-like KAITO giving him a piggyback...!’

Plus, they can change their costumes in each song in the game, VOCALOID, so it’s one of the charms to see them wearing various costumes(人´∀｀)! 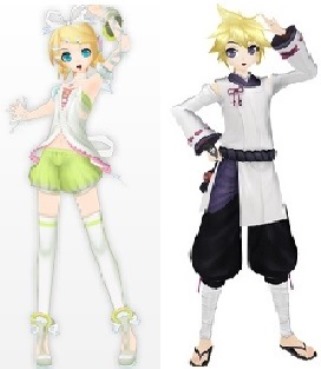 I used to like their Japanese style costumes more before, but now, I love this one called, ‘Cute’, which Rin-chan is now wearing so much that it hits the bull’s-eye...!

I like the mild colors of the clothes and a ribbon which she never wears normally!

As I was writing this article, I realized, “I don’t know any of Rin-chan and Len-Kun’s songs which have been released recently...”

(・`ω´・ ○)  So!  I’ll go to the game center and play with ‘Project DIVA Arcade Future Tone’ which is now so popular!

I’ll share some more perfect pairs? couples? combinations? with you! 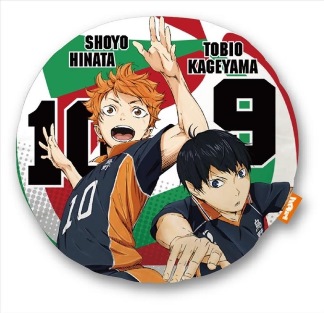 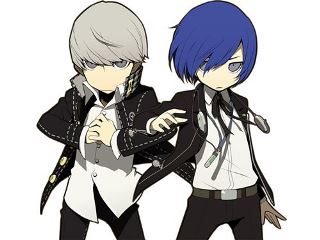 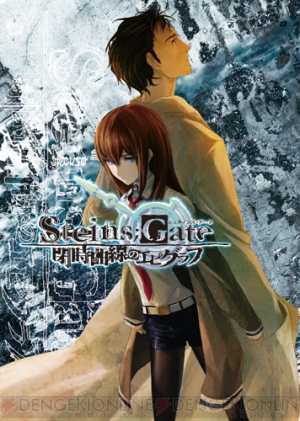 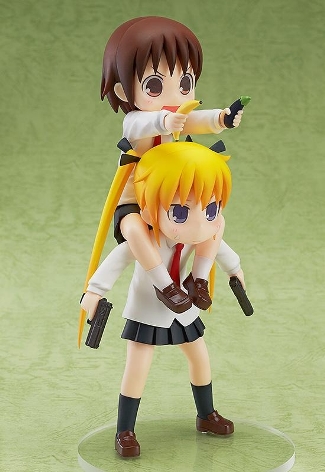 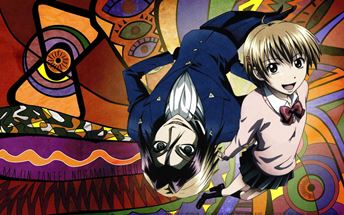 Actually, I have so many more combinations I want to introduce....

You guys!  I know I’ll miss you all but I’ll see you guys at next Saori Press!