Hello everyone! Speaking of the Death Game? Yeah! Me!! It’s Saori from Otaku Republic!!
Boss( 'ω')

What is the Death Game in the first place??
It’s the situation, where people in a certain condition are forced to (sometimes voluntarily) kill each other, or have them drop out. In most cases, if the things don’t work out, they get killed (dropped out), and some of them end up becoming the murderers. This game continues until only one person survives, or the game meets the winning condition that is set beforehand. 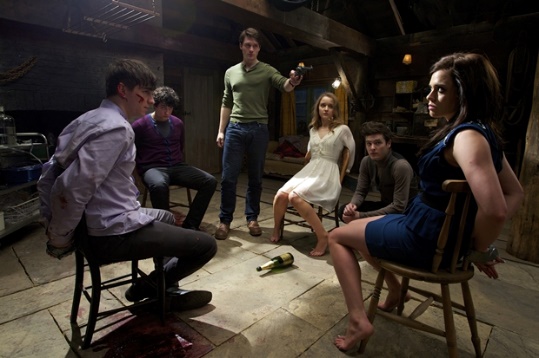 Yes! I’ve watched so many famous death games (of the Anime or the games) so far such as… Danganronpa, Mirai Nikki, Battle Royale and so on. There are so many titles that are about the death games in the market…! 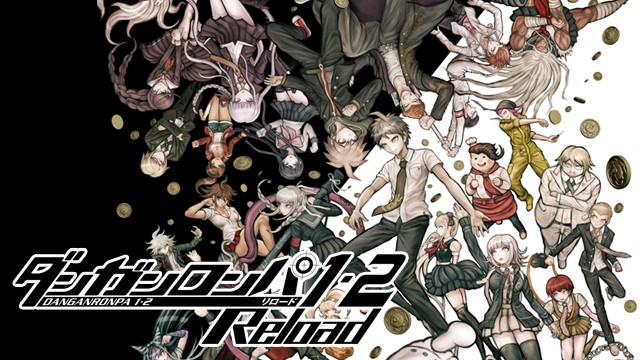 And! The one we’re featuring today is the Death Game for FREE! Not only can we play this for free but it is highly rated as its scenario and the game’s quality! They have announced that it will be made into the comics, and more and more Doujinshi have been releasing too! 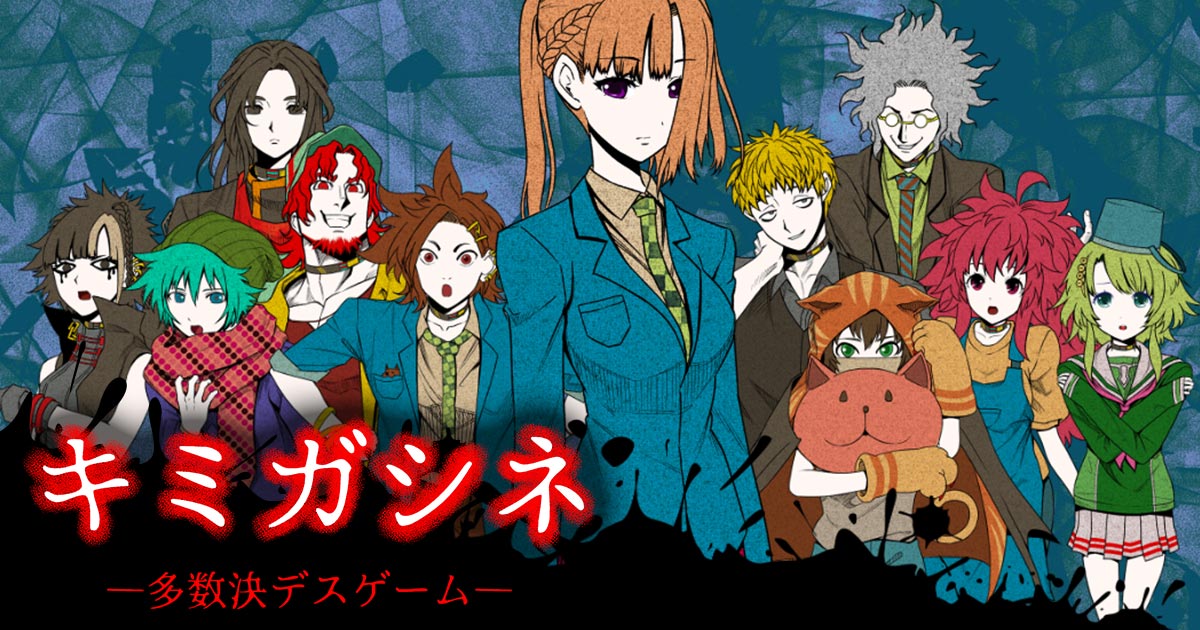 Your Turn to Die (Kimigashine) (キミガシネ) is!! Voting by Majority×Death Game!! Eleven girls and boys are kidnapped and locked in one of the facilities. There, they are told to ‘vote by majority who they should kill if they want to survive’…!

One of the biggest characteristics of this title, Your Turn to Die, is that most of the characters are good people. In short, majority of people there were involved by being kidnapped. What’s worse, they have to choose who they should kill by voting…!
Boss( 'ω')

That’s awful… Everybody doesn’t want to die, right? But they have to choose the one they should kill….
Saori(゜∇ ゜)

Yeah.. the best part about this scenario is that it has a ‘perfect balance between trust and distrust’. If you appoint someone just because you want to survive, the rest of them will think you are the one who they should kill and you will end up getting more votes… Since it’s a free game, the players can choose what to say and who they mention to. That choice could become the worst scenario too…!! 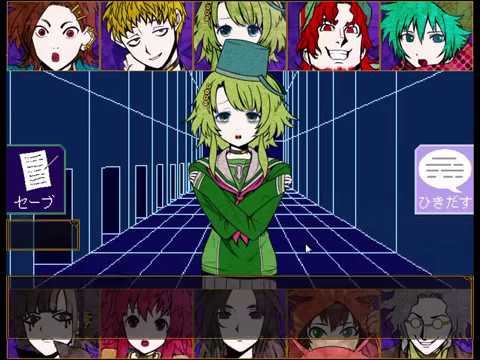 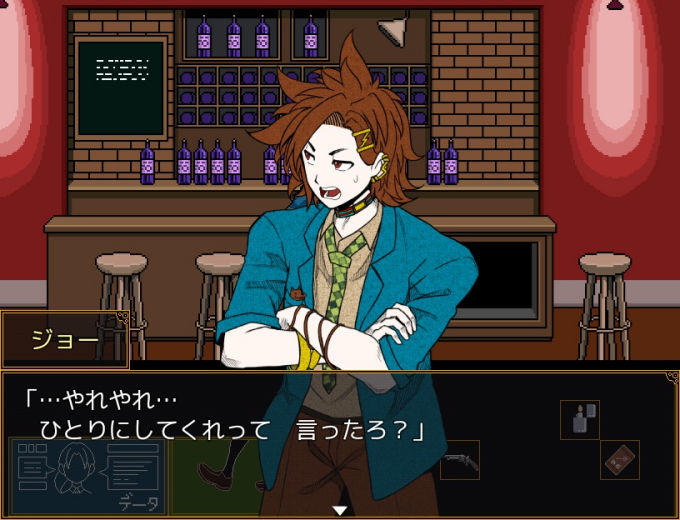 The most important thing is that who you trust and who you don’t trust. Of course, they are all good people. But they all think they don’t want to die from the bottom of their hearts. It’s crucial for the players to decide who they agree with, conflict with in the best timing… to survive. 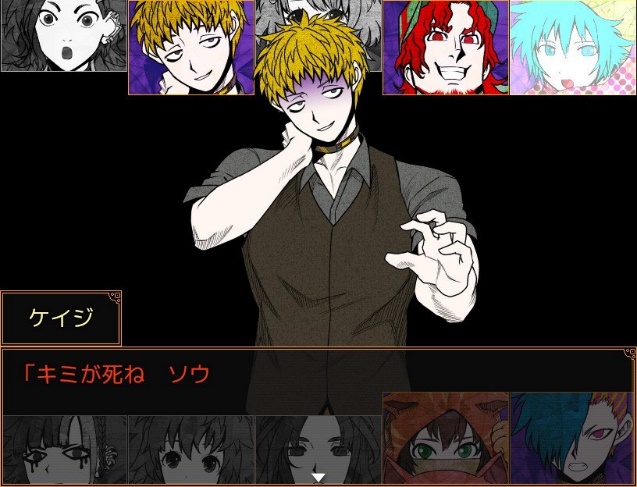 So far, they have released the Chapter 2 and the final chapter will release soon! What on earth did this game take place for…? Everything is going to be clear soooon!
Check HERE for Your Turn to Die (Kimigashine) (キミガシネ)’s Doujinshi! 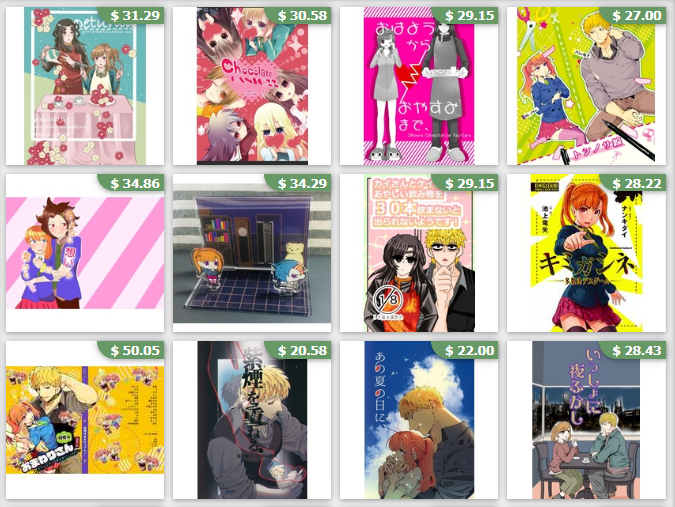 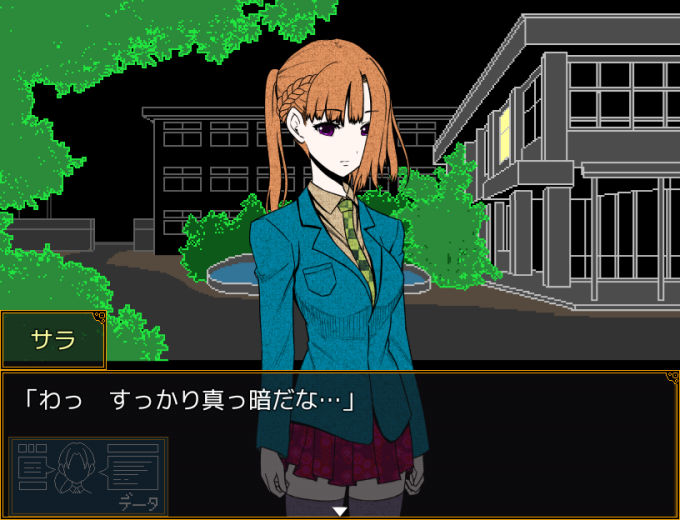 https://otakurepublic.com/product/tag_page.html?tags=677957
It’s like a Clone of the player.
Usually, if she dies, it means a game over. She is in the second grade of high school (11th grader) and is struggled with her stalker. She is always calm and thoughtful. She doesn’t look girly but rather, she talks like a man, being polite and courageous. 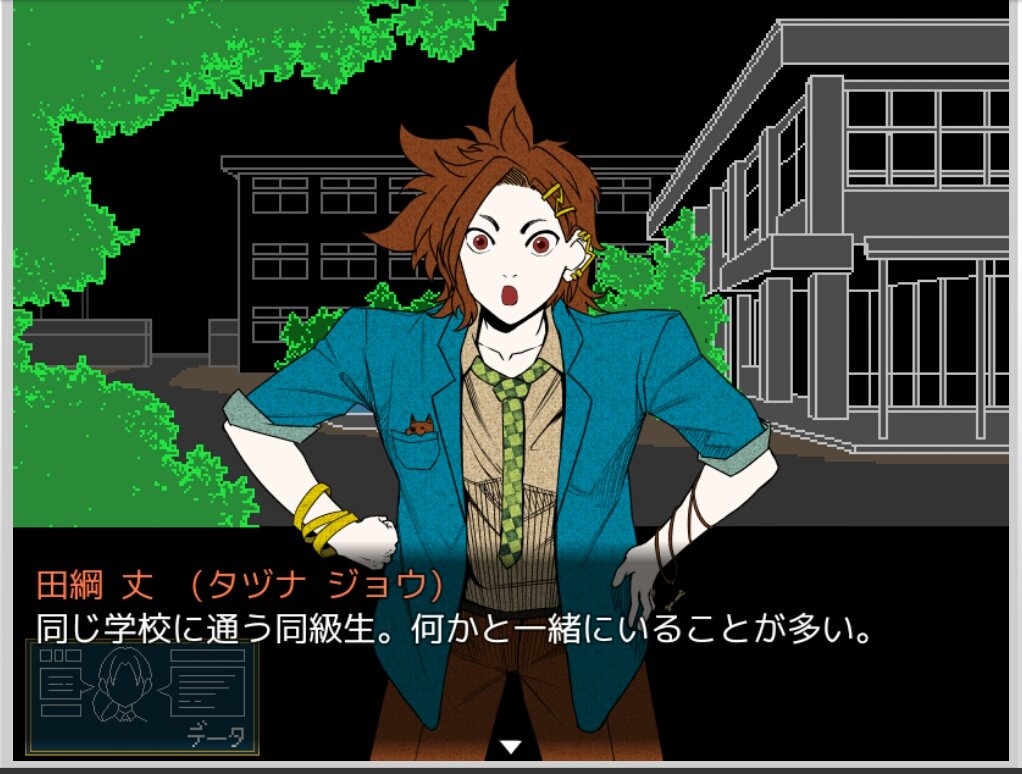 https://otakurepublic.com/product/tag_page.html?tags=677964
Sara’s best friend. He is in the 2nd year of high school (11th grader) as well.
He is cheerful and kind. He always cares about Sara, who is straggled with her stalker. Since he was with Sara, when Sara was kidnapped, he ended up joining the death game. He is such a good boy. He’s got a new girlfriend, Ryoko, recently but he is super pure when it comes to dating with her. Unlike how he looks, he easily becomes nervous even when he holds hands with her.

https://otakurepublic.com/product/tag_page.html?tags=677958
Detective.
He was kidnapped while he was investigating an incident, ending up being forced to join the death game. As a detective, he voluntarily becomes the leader of discussion, always relieving the skeptical atmosphere. He trusts Sara, who never says any aggressive remarks so everything is settled. When they discuss something, he always supports her. 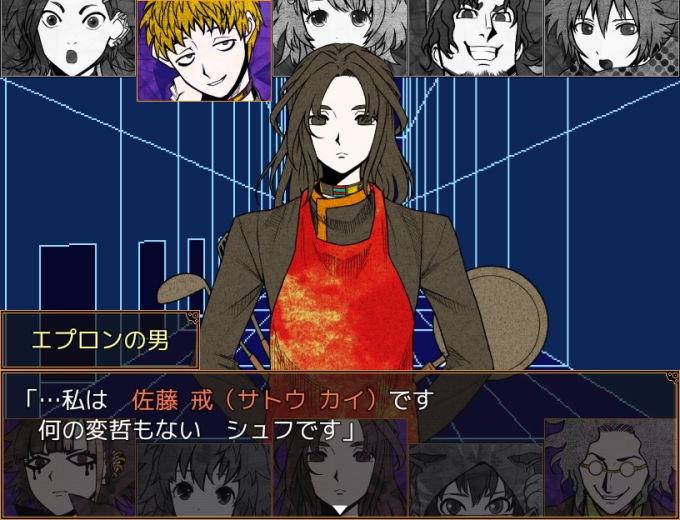 https://otakurepublic.com/product/tag_page.html?tags=677969
House-husband.
He keeps his own pace. As soon as the death game started, he went to find the pan and the scoop for cooking. His specialty is egg Benedict. He never says aggressive remarks but sometimes takes surprising actions since he always at his own pace. Sara, somehow, thinks she knows him somewhere…. 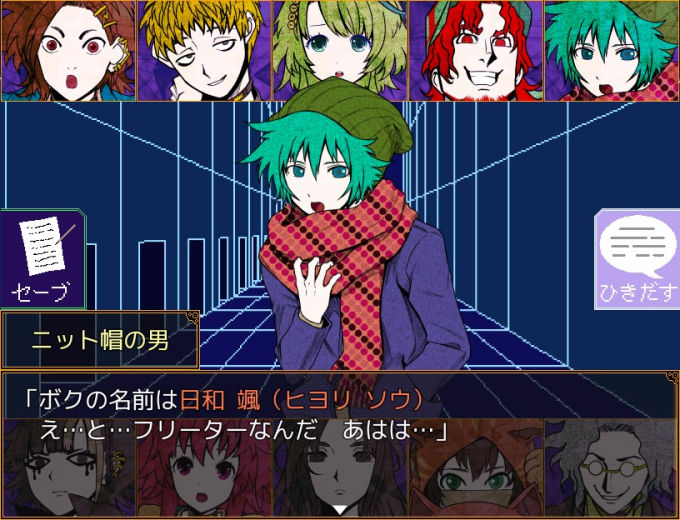 https://otakurepublic.com/product/tag_page.html?tags=677960
Part-time worker.
When they did self-introductions, he waited for his turn until the very end since everybody else had good career such as the detective or the teacher. He was kidnapped when he was working at the convenience store at midnight, where he made good money and ended up being forced to join the death game. However, he is very smart and sometimes makes a sharp indication to Sara during the discussion about the life-threatening matter.
Saori(゜∇ ゜)

Your Turn to Die (Kimigashine) is now serialized as Manga and the Vol.1 of Comics will release soon! Maybe it will be made into Anime too…?! Check out its media from now on! 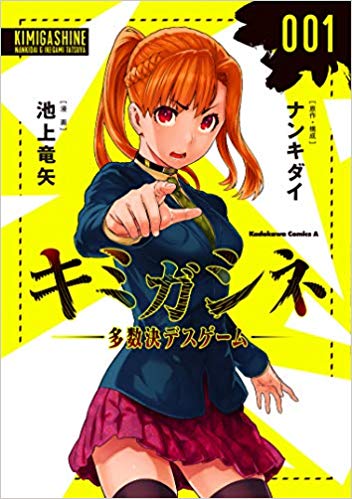 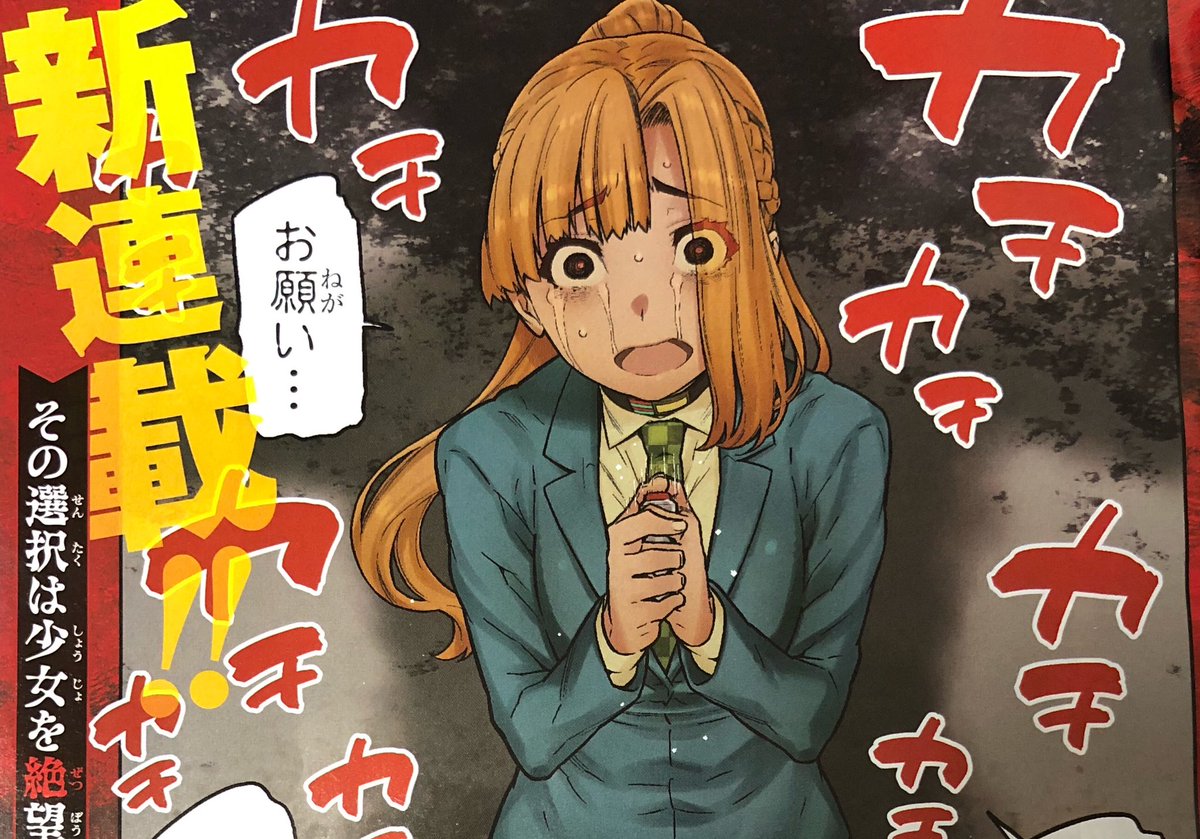 Already now! This is all for today! Bye now~!
Your Turn to Die (Kimigashine)