Saori(゜∇ ゜) “So today, let’s check out Episode 1 of THAT Now-Hot App’s Anime in Japan! It’s of course getting HOT at Otaku Republic too!”

【A3!】Easy to Understand! Chara Are Awesome!! For Those Who Don’t Know Anything about A3!, Watch It!

Understandability of the Scenario 10/10

Attraction of the Chara 9/10

Attraction of the title itself 4/10 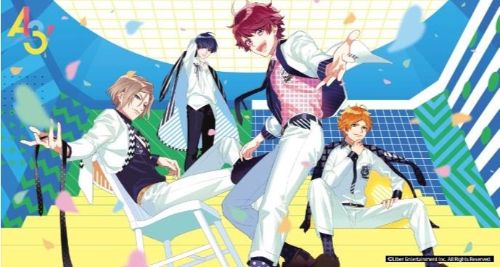 ●The scenario is so easy to understand!! Especially what they have to work on was so clear!

Saori(゜∇ ゜) “One of the good things about Episode 1 was that it explained well about its worldview. Moreover, it showed us what all the characters should work on from now on and the goals that they should achieve!”

Saori(゜∇ ゜) “Izumi-Chan cannot overlook the MANKAICompany, where her father used to direct, break down! So she decided to be a director herself and re-organize MANKAICompany!” 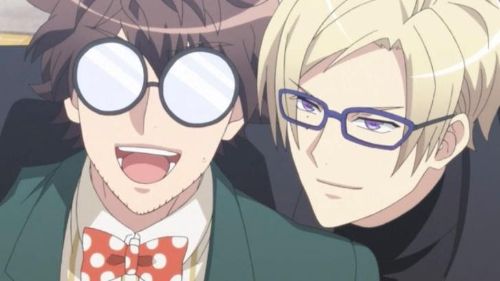 “To develop all the performances smoothly with the actors in spring, summer, fall and winter teams within one year”

“Izumi-Chan becomes the general director of all the teams” 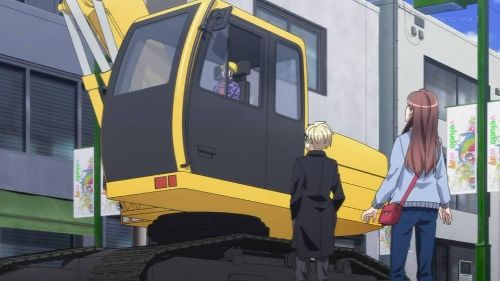 Saori(゜∇ ゜) “That’s what we saw in Episode 1, huh? Yeah, three members are not enough to develop the play as the actors, the scenario producers and the costume producers so they needed more members, huh?” 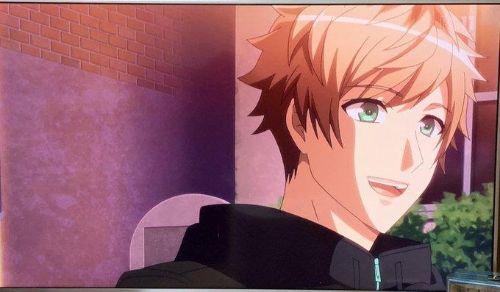 Boss(  'ω') “That debt collector guy looked so scary but he was actually kind, huh? He even gave them a particular way of returning the debt as well as gave them another chance. 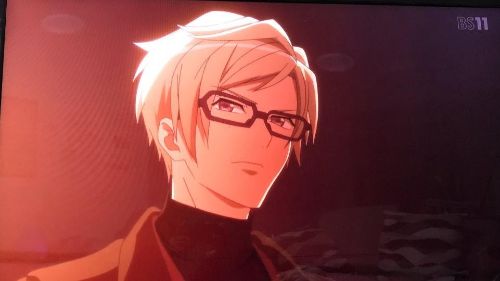 Saori(゜∇ ゜) “Yep! Episode 1 was easy to understand and all the Chara were well balanced too! The scenario was good, following the game too!”

●All the Chara were so attractive too!! Not only the actors but the player, Izumi-Chan, looked kind and good too!!!!!!

Saori(゜∇ ゜) “So! Speaking ofA3!, it’s a game, where we grow along with Chara, who joined MANKAICompany and face the crisis of MANKAICompany’s breaking down, through the plays!” 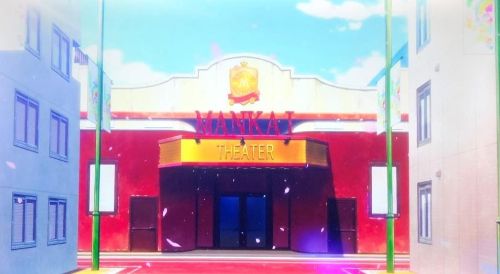 Boss(  'ω') Sakuya-Kun was so good too, huh? He looked like a typical main character, being so honest with passion, even though he is not confident with his play! I can’t wait to see him grow from now on.” 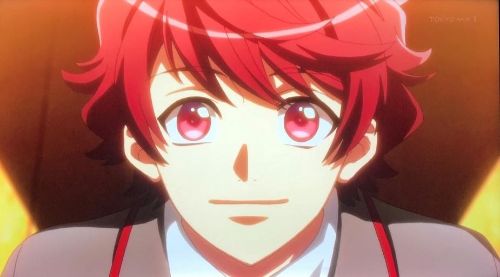 Saori(゜∇ ゜) “To me, Izumi-Chan, who is also an avatar of the player, had a good voice and facial expression, which made me think that she was a good girl, so I was relieved. I’m sure she will have a lot of difficulties ahead of her but I know she can get over everything!” 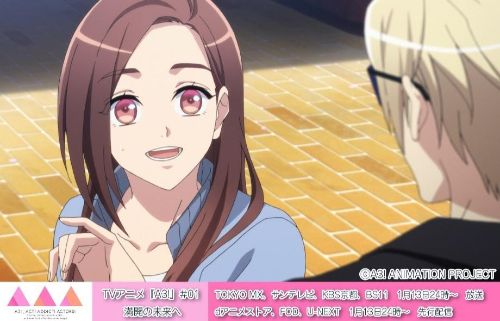 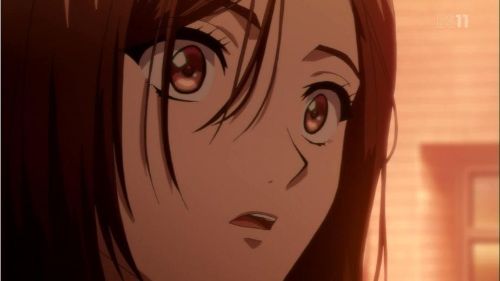 Boss(  'ω') “To me, is it Usui Masumi-Kun? I was happy to know that he joined the MANKAICompany, not because he was interested in performing but because he had a crush on Izumi-Chan but… I hope he’ll be into the play too…” 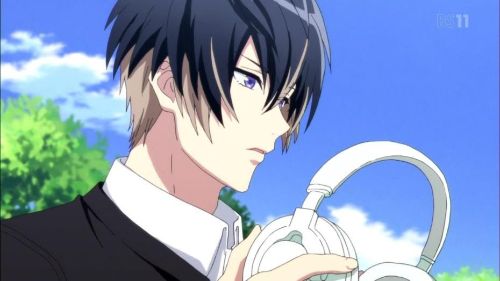 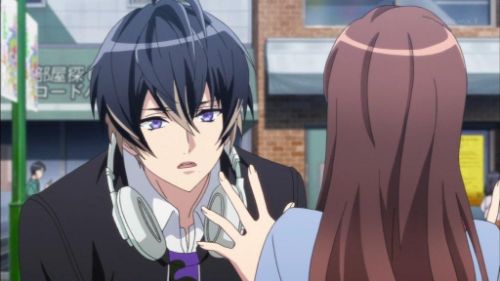 Saori(゜∇ ゜) “Oh well, that’s one of his charms and also his bad point… He joined MANKAICompany, because he got interested in Izumi-Chan! He wasn’t interested in the plays! I wonder what he’s going to be like from now on!”

●The best part will be after Episode 2! The attraction of【A3!】are the play part, the conflict between actors, and overcoming difficulties!

Saori(゜∇ ゜) “We’ve shared something good so far, so here, we have to show you something bad now.” 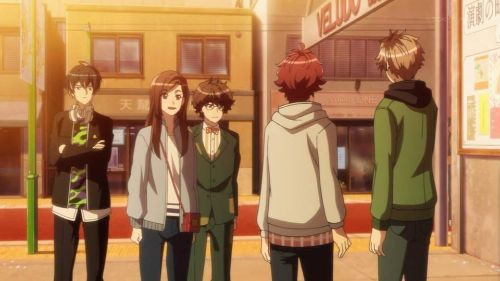 Saori(゜∇ ゜) “I’ve played this original smartphone app before but.. The theme of this title is the performance (the play). Characters grow, supporting each other through the performances, respecting with each other… In another word, the story begins when all the players get together!” 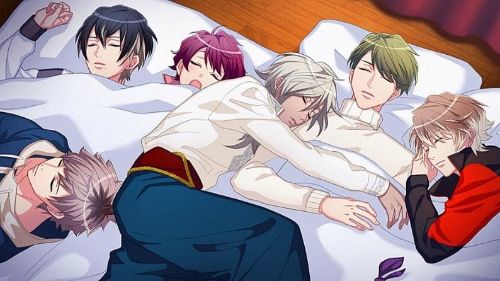 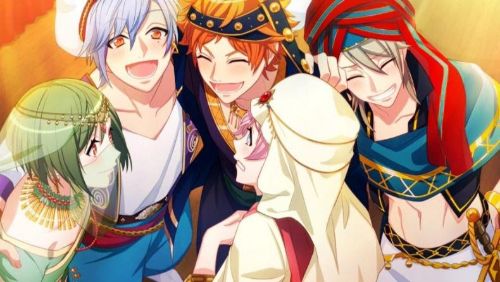 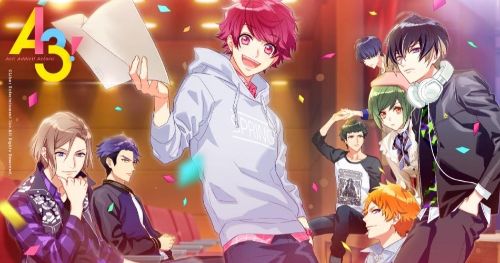 Saori(゜∇ ゜) “Yep! We really expect how it shows the performances, what kind of people will join the actor teams and how it will be depicted in Anime!!! Can’t wait for watching the rest of the Episodes! For those who know the original or not, let’s watch them bloom their flowers together!!”