※Please note that this article includes some spoilers of ONE PIECE.

Saori(゜∇ ゜) “Hello everyone! It’s Saori from Otaku Republic! Guess what? We’ve finally reached the Vol.20 of the【Coupling Column】! Just by reading this article, you will get to know almost everything about the combination of each Chara!”

Saori(゜∇ ゜) “The title, which I will feature today is… again from the Shonen Jump! It’s become staple in【Coupling Column】!” 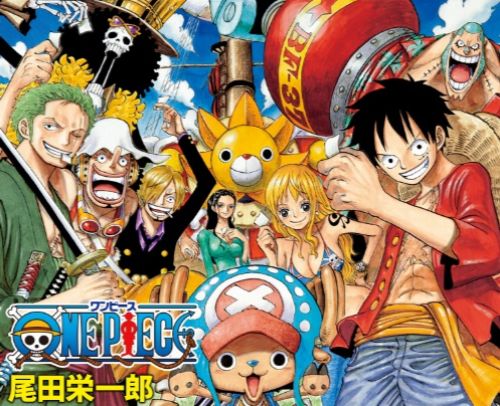 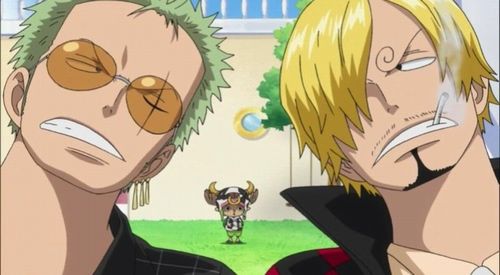 The relationship of the two: Both dependable sub-leaders at Straw Hat Pirates 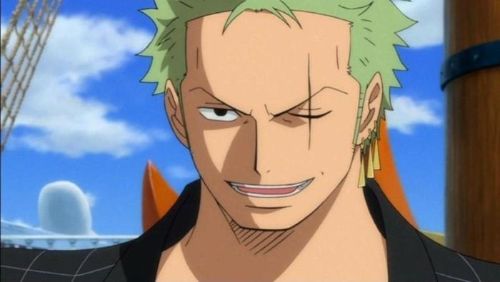 Saori(゜∇ ゜) “He is the second swordsman, who joined the Straw Hat Pirates! He fights in the battles, using three swords at the same time and his dream is to become ‘the strongest swordsman in the world’. Even though he is always the first member in the battle team, who starts the battle, he’s unexpectedly calm, always thinking of the worst and best thing that could happen at the same time! He usually doesn’t fool around with his buddies, while he’s trusted by them, admitting their abilities with each other. He is, literally, the model swordsman who actually takes actions!” 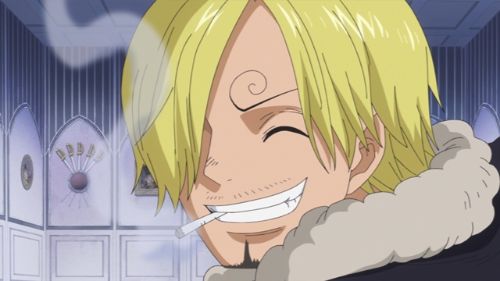 Saori(゜∇ ゜) “He is the fourth member who joined the Straw Hat Pirates! Unlike Zoro, mentioned above, he cares about women more, being so kind to anybody and easy-going! As a chef, his dream is to get to the legendary sea, where he can get all the seafood ingredients! He is proud of himself being a chef, who cooks and offers food even if that’s the enemy! Just like Zoro, he is also trusted by his buddies. He mainly uses his legs in the battle (since he uses his hands when he cooks.)!”

Saori(゜∇ ゜) “As I explained above, they both have been the members of the Straw Hat Pirates for a long time but… we see so many scenes, where they quarrel because Zoro is always too serious, while Sanji is too easy-going!” 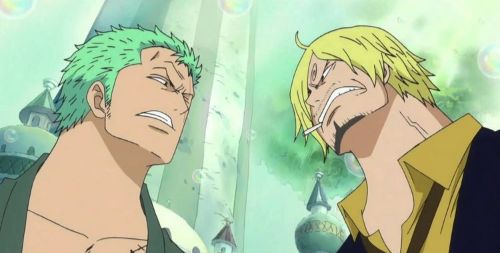 The relationship of the two: The “sons” who have the same “father” 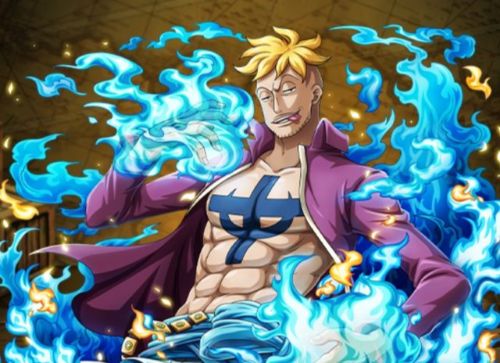 Saori(゜∇ ゜) “He has superpower, who ate Bird-Bird Fruit, Model: Phoenix. He used to be the top leader in the Whitebeard Pirates. He has been the member of the Whitebeard Pirates for over thirty years. No matter how bad he gets injured, it’s healed by the superpower called the ‘Bird-Bird Fruit, Model: Phoenix’, making the battle invalid. However, he also has a bad point, where he cannot heal his injury, not being able to change his body to the flame, if the Bird-Bird Fruit is invalid.”

Saori(゜∇ ゜) “Marco used to trust Whitebeard, who was once called the strongest pirate in the world. Whitebeard is never interested in wealth and fame even though he’s the pirate. Rather, he took a really good care of Marco, who didn’t have any family or relatives and called him his ‘son’. Whitebeard was his family for Marco as long as he called him a son. Therefore, Marco kept supporting Whitebeard, attracted by such strength and greatness that he had.” 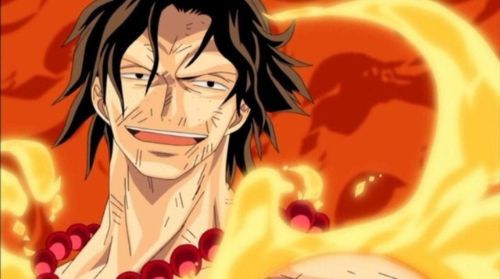 Saori(゜∇ ゜) “He is the member of the Whitebeard Pirates, just like Marco. He admitted the main character Luffy as his brother. When he was a little, he became brother-in-law with Luffy and Sabo and set up his own pirates group to become the king of the pirates! While he challenged the world-strongest Whitebeard, he lost. Then he was solicited (?) like… ‘Will you (Ace and Ace’s pirate’s group) be my son?’ To save his buddies’ lives, he unwillingly accepted the offer. Then he gradually started to open his mind to them, being taught how it would be ‘to become a son’ of Whitebeard by Marco and his buddies. 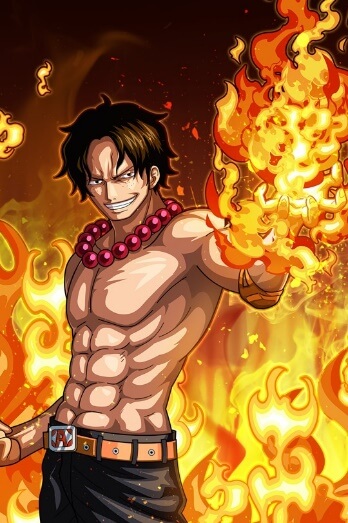 Saori(゜∇ ゜) “Ace is able to change his body to the flame since he ate Flame-Flame Fruit! They have something in common such as Marco’s superpower and the ‘flame’, and they both love Whitebeard sincerely! Until one incident happened, they were the leaders in the White Pirates… You should be ready to watch the Impel Down version, where the interaction between these two are passionately depicted…!”

The relationship of the two: Both are Super Rookies being the rivals 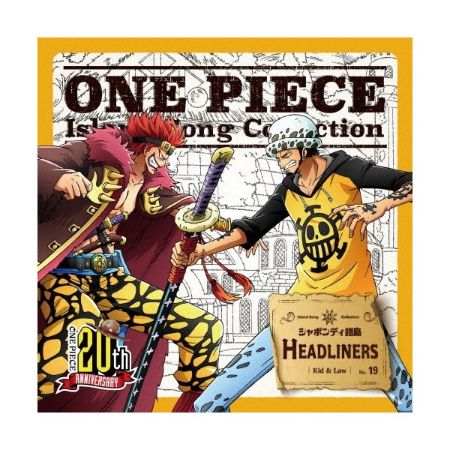 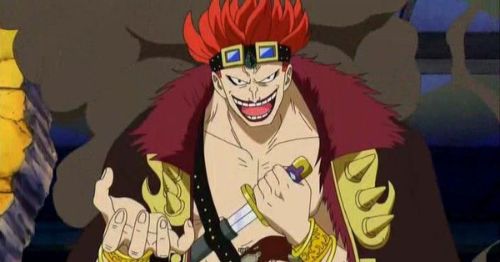 Saori(゜∇ ゜) “【Super Rookie】is the general term of 11 (12) pirates who appeared in the new generation. Eustass Kid is the brutal and loves to fight most among 11! He also has devil’s superpower but nothing has been revealed except that it’s the ‘magnetic power’! Not so many things about his past has been depicted yet but he is ambitious and tries so hard to become the ‘king of the pirates’!” 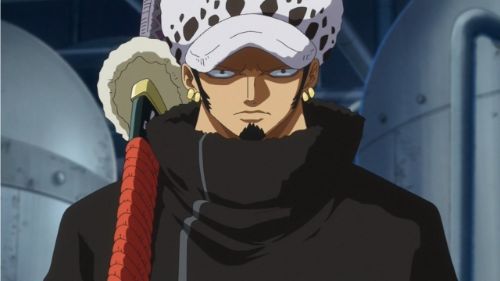 Saori(゜∇ ゜) “Just like Eustass Kid, he is the member of the Super Rookie. He is the pirate who is called the “deadly surgeon’. While he is the captain, he is also the ship’s doctor, having the surgery-related superpower, where he can treat people by ‘cutting, conjugating, moving and replacing’ under the particular ability of Op-Op Fruit. Even though he is the pirate, he is so kind that he never leaves people in need and treats them. (like… to the villagers who are struggled with epidemic) The reason why Law prioritizes the medical action while he is the pirate….? That has something to do with his incredible past…” 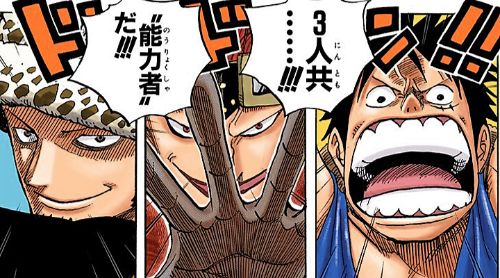 Saori(゜∇ ゜) “Well, the reason why the Coupling of Eustass Kid and Trafalgar Law is this popular is because… actually, they were strongly connected with each other in the original manga!” 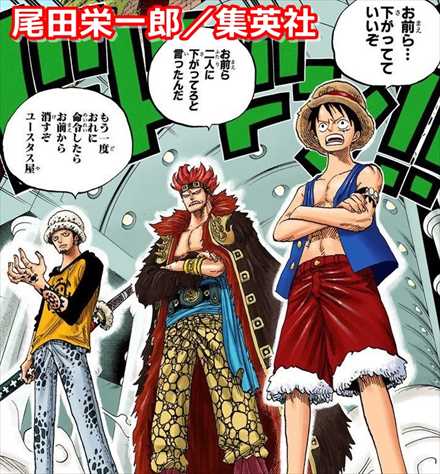 Saori(゜∇ ゜) “We see many scenes, where they, including Luffy, help each other and get over their difficulties together! Especially Kid shows a strong interest on Luffy and Law even though they are the rivals as the pirates. They trust with each other at the end of the day~! There are more battle scenes in Anime than the original, so check out the Anime versions!”

Saori(゜∇ ゜) “As for ONE PIECE, 95 volumes are issued so far. It might be a little hard to read everything at a time but maybe you can try that in this great opportunity? I’ll see you at the next article!”