Saori(゜∇ ゜) “Have you started watching 2020 Winter Anime yet? Have you checked out Doujinshi, released after Comiket97 yet!? If not, let’s also check this【Coupling Column】too~!” 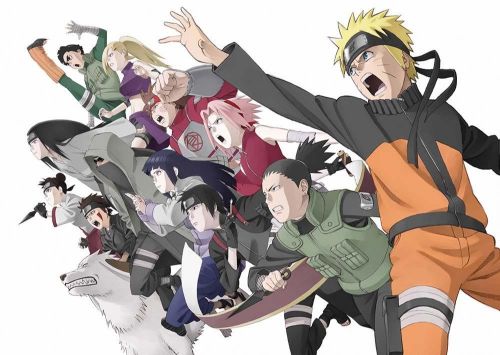 Saori(゜∇ ゜) “YES! Since there are so many Chara and popular Couplings, appearing in Part1!!!Naruto, I will make it into two parts! Please note that all the Couplings shown here were picked out under my preference!”

The relationship of the two: They are both Naruto’s masters and considerate teachers 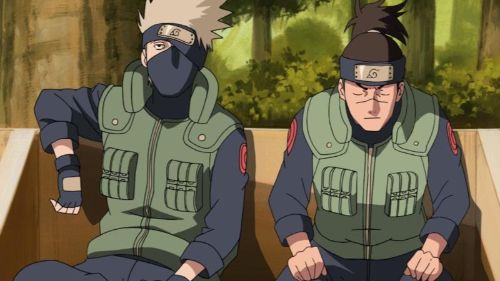 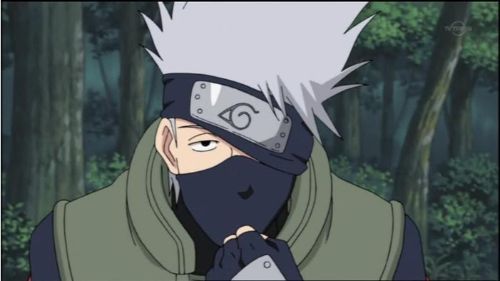 Saori(゜∇ ゜) “He is a master of the main character, Naruto-Kun and a ninja who has the highest ability among the members in the ‘village hidden in the leaves’! But…” 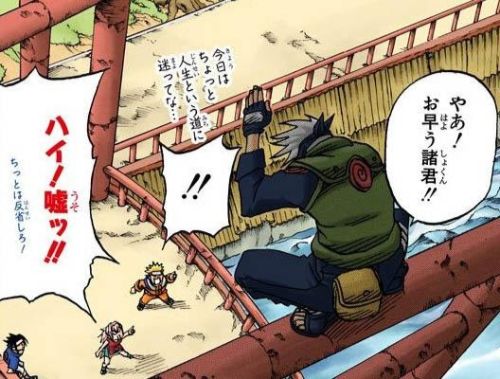 Saori(゜∇ ゜) “He keeps his own pace, being late for class or reading a book while training (even though he has some reasons for that). Like this, he shows us his unique atmosphere from the beginning of the story. He tends to be thought that he is lazy… but he actually cares about his buddies more than anything, sacrificing himself. Just like Naruto-Kun, the readers often thought that he was a lazy teacher but as the story went on, he has become more and more popular, with his incredible past cleared! I always calls him ‘Kakashi-Sensei’unconsciously!” 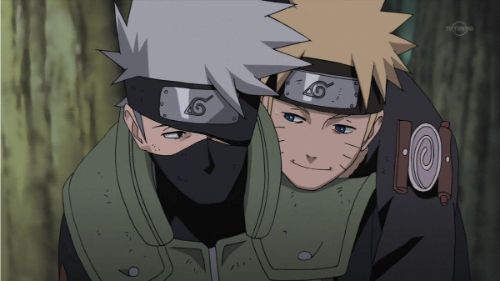 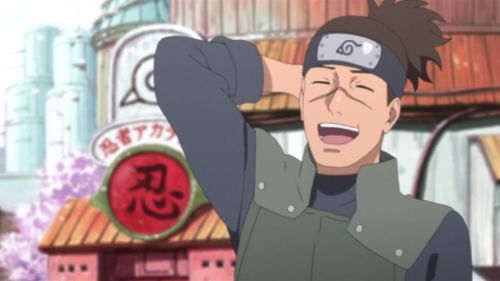 Saori(゜∇ ゜) “Again, he is a teacher of Naruto-Kun and teaches to the elementary and the middle school students (of the village hidden in the leaves), who ‘aim to become a ninja’!” 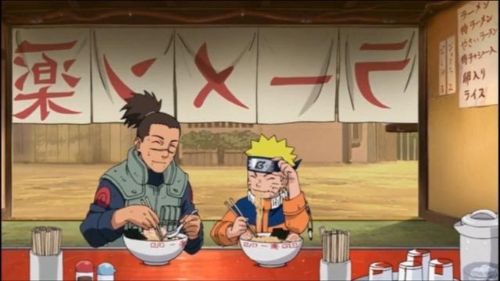 Saori(゜∇ ゜) “He is always a serious teacher, treating any student fairly and kindly. It’s not too much to say that this story‘Naruto’ wouldn’t have started without Iruka-Sensei! He treated Naruto-Kun, who was all alone without family and relatives, both strictly and kindly, as if he was his own son. Thanks to that love from him, Naruto learned how he could trust people and care about his buddies…!”

Saori(゜∇ ゜) Even though their personalities seem totally opposite, they are actually a student and an apprentice, who care about their buddies! Kakashi-Sensei is older but he uses honorifics to Naruto-Kun’s father-like Iruka-Sensei! They have a good relationship, respecting with each other! They are both ‘ideal teachers’ with the different types, huh?” 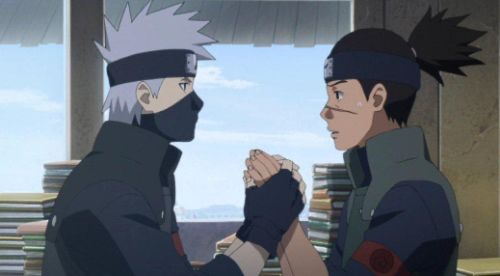 The relationship of the two: Competitive rivals and the best buddies 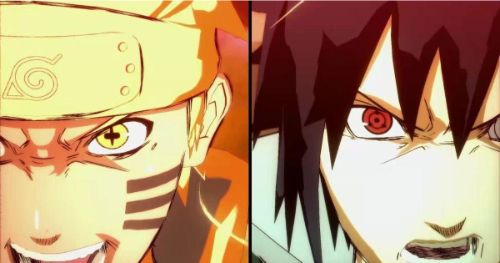 Saori(゜∇ ゜) “Who is Uzumaki Naruto?!... You need the introduction for this one?” 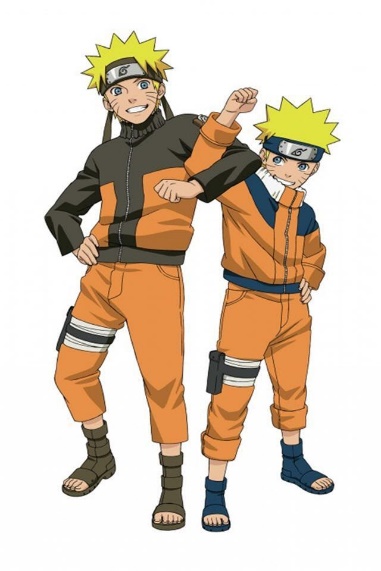 Saori(゜∇ ゜) “He is the main character, ninja, in Manga, ‘NARUTO’! In his body, Nine-Tailed Demon Fox, who were about to destroy the village, is sealed. That is why the villagers used to treat him so cold. He used to be a little spoiled and wanted to be admitted by someone. However, since he started to be treated like that, he became mischievous, wanting to be the strongest ninja and wanting the attention from the villagers. However, as he got along with Iruka-Sensei or Kakashi-Sensei, which I mentioned earlier, his become a considerate person who could care about his buddies and take actions to save someone in need!” 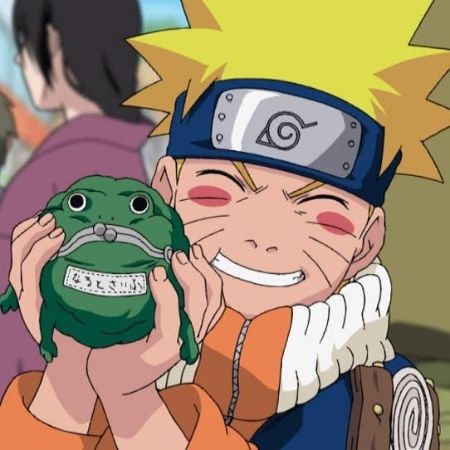 Saori(゜∇ ゜) “He is super cheerful and energetic, and believes that ‘he would never change his words’. He fights for the village and his buddies with a strong heart and the skills for ninja, which he acquired from the tough training…!” 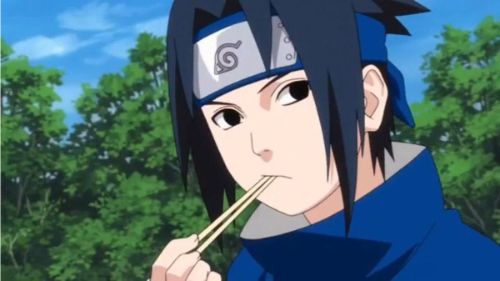 Saori(゜∇ ゜) “His personality is cool and calm. His family line is the elite ninja, called Uchida clan and he graduated from ninja school with No.1 academic performance. He used to neglect something like buddies and the bond, just wanting to become strong to revenge on his older brother, who killed all his family except him.”

Saori(゜∇ ゜) “However, he realized that such an attitude he had was a negative side of being afraid of losing his loved ones once again, and gradually came to be able to build friendship with Naruto-Kun and also build a good teamwork with Sakura-Chan!” 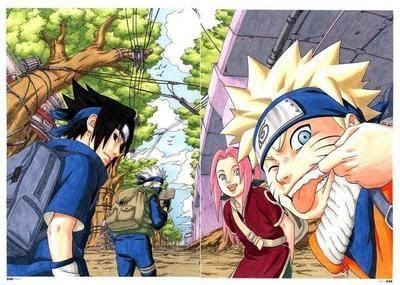 Saori(゜∇ ゜) “At first, they never got along. But as he started to see Naruto-Kun grow up, Sasuke-Kun admitted that they were ‘friends and rivals’. As they worked together on duties, they became good buddies, competing with each other and growing together, huh…?” 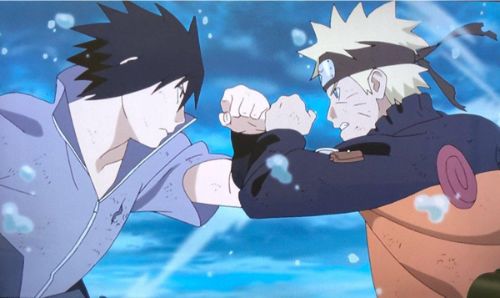 Saori(゜∇ ゜) “However, as the story went on, Sasuke-Kun found out that his brother, who he wanted to revenge on, was alive and started to think that he really wanted to kill him, no matter what means he takes. He even thought that he could become the enemy, getting rid of his buddies and the village, to get the power to kill him. Of course, Naruto-Kun tried to stop him but he could not. They ended up fighting against each other in the battle field!”

Saori(゜∇ ゜) “In NARUTO, the important element is not only when Naruto-Kun defeats various enemies but also when Naruto-Kun and Sasuke-Kun, who wants to revenge in his whole life, fights against with each other, I guess. They used to be good buddies before and chose the different paths but then they conflicted again… Their relationship is depicted in a good balance, which is why they are such a popular Coupling, I guess!” 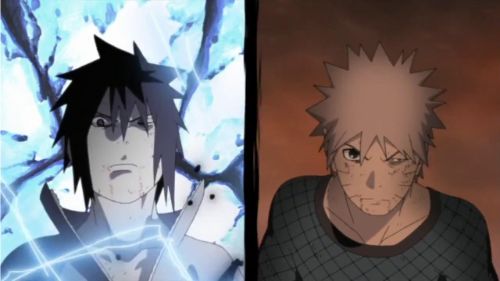 The relationship of the two: A dependable teacher and a cheerful student, full of unpredictability 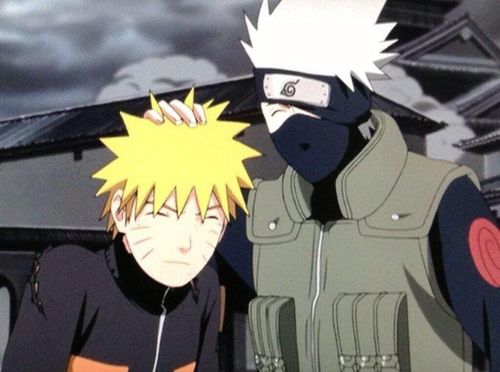 Saori(゜∇ ゜) “It’s the combination of Kakashi-Sensei and Naruto-Kun, which I introduced above, huh? Actually, the relationship of these two is not just the teacher and the student but… Naruto-Kun’s father is Kakashi-Sensei’s master, or they both became the representatives of the village (sixth and seventh) later on… As the story goes on, their relationship sometimes differs completely.” 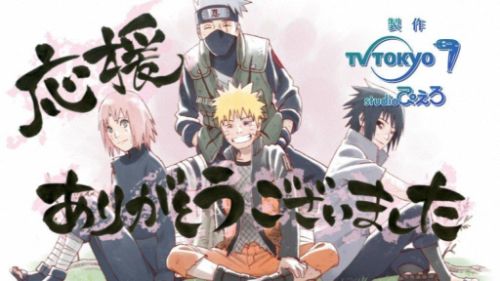 Saori(゜∇ ゜) “But! Kakashi-Sensei is a kind teacher for Naruto-Kun, who saved his life, believing him and taking a risk, also forcing him to train himself. For Kakashi-Sensei, Naruto-Kun is a loving son, who he saved, taking a risk. Above all, he is one of the first students, who he taught as a teacher. They do have a relationship of a teacher and a student but there is also a deep relationship between them as well, I guess!” 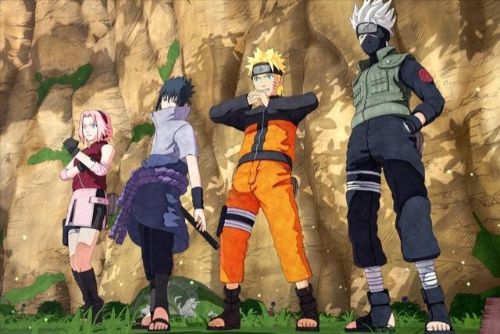