Saori(゜∇ ゜) “Hi everyone! Happy New Year 2020!! We, Otaku Republic members, had a great New Year! We’ll continue to share lovely info of Anime and Doujinshi this year too~!!” 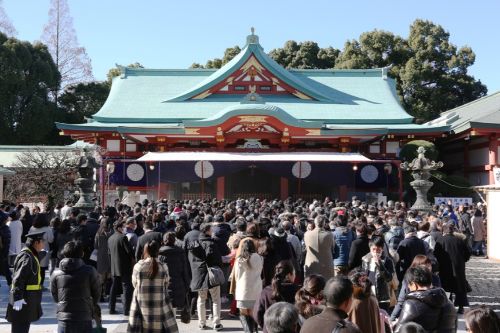 Saori(゜∇ ゜) “So! The very first【Coupling Column】this year will be…. about THAT title which is still serialized, even though its final episode just aired the other day!!”

Saori(゜∇ ゜) “Comics are completed with the Vol. 77.  It has been 15 years as off the year 2019 since it started being serialized. Now, let’s check out Gintama’s【Coupling Column】which has come all the way to the final episode!”

The relationship of the two: They are alike but never stop quarrelling 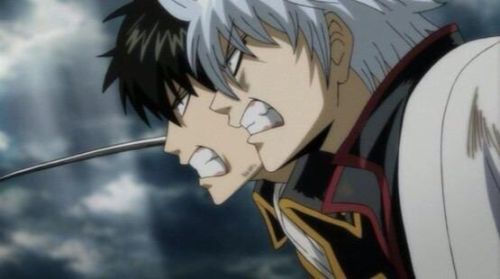 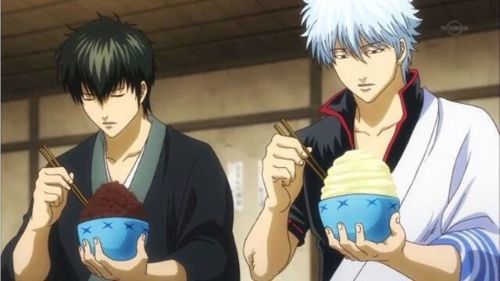 Saori(゜∇ ゜) “Sakata Gintoki is a main character of Gintama! He runs ‘Yorozuya’ (jack-of-all-trades) in the Edo era of Japan, when the aliens invaded. Unlike other main characters who appear in Shonen Jump, he is lethargic, lazy, and likes sweets so much that his blood sugar level got so high, ending up almost becoming diabetes. Even though he fought against the aliens that invaded Japan before to save Japan, he lost both the battle and a mentor he loved more than anybody.” 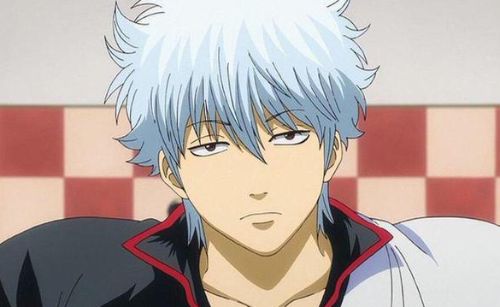 Saori(゜∇ ゜) “….That’s all about his dark past. Usually, he never shows that part, instead, he solves various incidents with his cheerful personality. Even though he is basically sloppy, he is actually simple and loyal to people around him. What’ more? He’s super coward and hates ghost.” 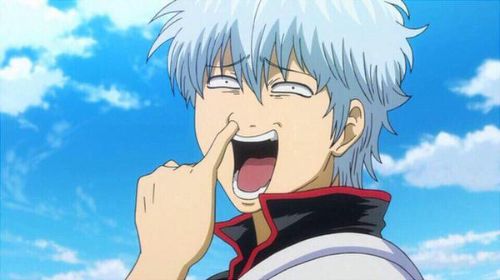 Saori(゜∇ ゜) “How about Hijikata Toushirou? He belongs to the police agency, called the ‘Shinsengumi’, where they save the government. He is the second top leader of Shinsengumi and has an incredibly high skill in swords. He is very smart and has good intuition so he gets over a pinch even when he is pushed into a corner.” 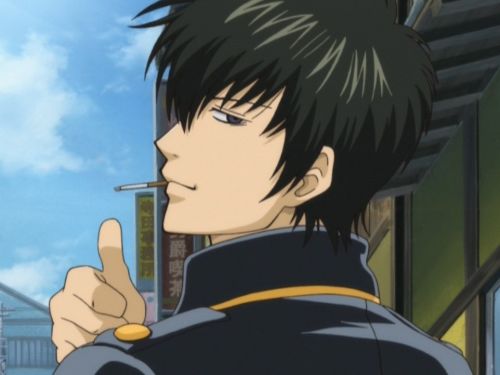 Saori(゜∇ ゜) “He is as straight as an arrow with pride but cares about his buddies and the weak…. He’s such a cool character for sure but when he sees Gintoki, who is similar to him, he becomes stubborn all the sudden.” 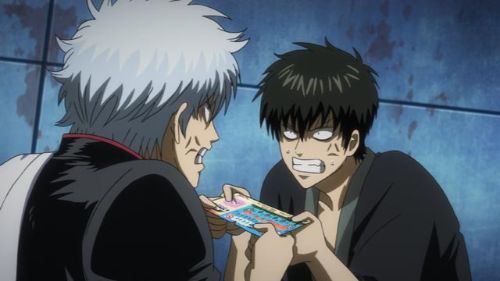 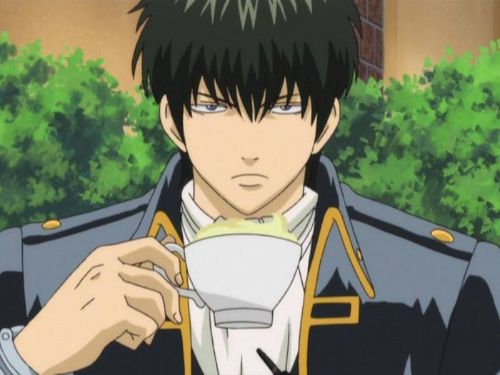 Saori(゜∇ ゜) “They both really sticks to what they love, are kind and loyal to anybody but somehow they are clumsy. Above all, they fight for something they should save, taking a risk. In the main story, they conflict each other because of the different positions they are in but they usually fight against something to save their loved ones together.” 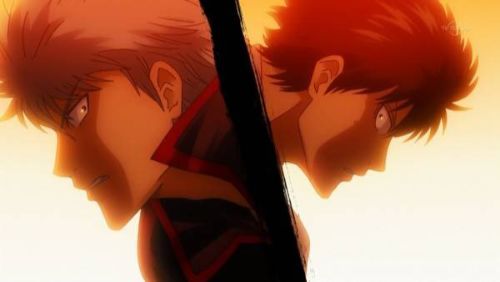 Saori(゜∇ ゜) “They look different but have many things in common. Go check this Coupling in Gintama! You’ll see both their childish and cool fighting scenes with various relationships!” 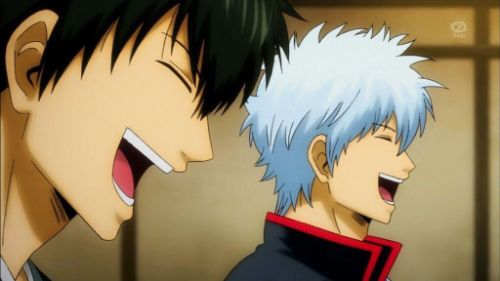 The relationship of the two: Childhood friends, war friends, one plays a funny man and the other, a straight man 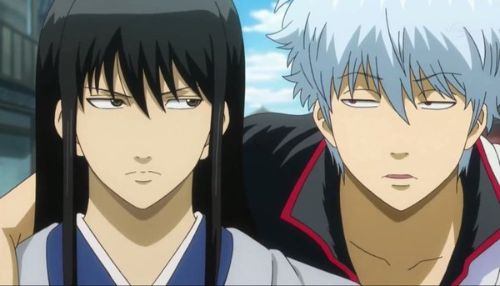 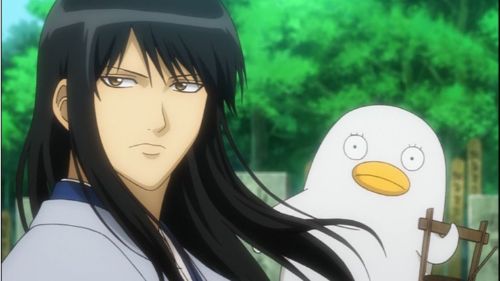 Saori(゜∇ ゜) “He is a terrorist, who strives to destroying Japanese government. But he never recklessly hurts people. Instead, he aims to overthrow the government so they can get Japan (before the aliens invaded) back. He looks super pretty when he dresses himself as a woman. He is a legend of the swordsman, who has defeated so many aliens in the war but he is super serious and even a bit off. And just like Gintoki, he never leaves someone in need. Because of such a personality, he tends to be involved with various incidents. He is also a little trouble maker.” 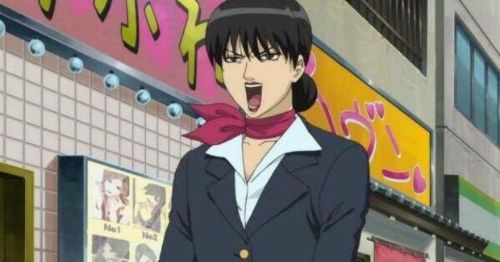 Saori(゜∇ ゜) “The main character, Gintoki, is a childhood friend with him and he has also lost his mentor when the alien invaded there. He loves animals but the animals don’t like Katsura-San much, which is good.” 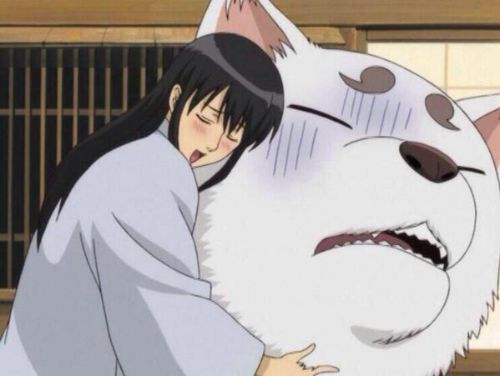 Saori(゜∇ ゜) “The relationship of such two characters were depicted so many times at the beginning of the Vol. 1 of the original and Anime. Katsura-San swallowed his pride of being a Japanese and hated the government who followed the aliens. When he met Gintoki again, who had the same past, he said ‘Let’s overthrow the government to take revenge for their mentors’ but… as he heard Gintoki say ‘Don’t take the easy way out!’, he decided to take another way, which is not relying on arms to change Japan. (Thanks to persuasion, he changed from the radical group to the moderate group.)” 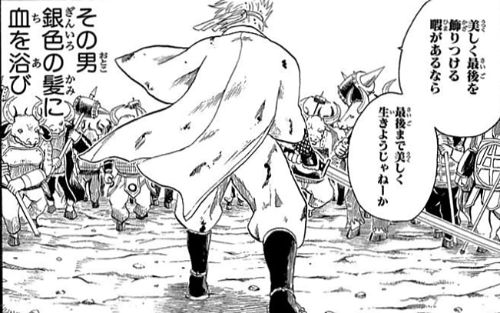 Saori(゜∇ ゜) “Of course, Katsura-San didn’t make a half way decision, where he changes his way of thinking due to one advise. But after all… Katsura-San changed his mind, knowing that Gintoki, who was under the same situation as him, tried to survive for the better future instead of taking the revenge.”

Saori(゜∇ ゜) “For those who want to know more about these two characters, check out Gintama: The Movie: A New Retelling Benizakura Arc! It’s a movie version from one of the Gintama’s popular episodes, which used to be serialized and focused on their past and relationship! It’s filled with secrets of their popularity! Don’t miss it out!” 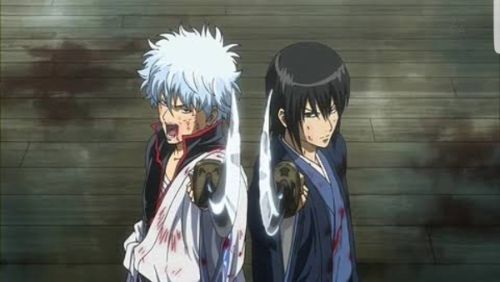 The relationship of the two: (In both good and bad sense) Buddies for quarrels who never reserve to each other 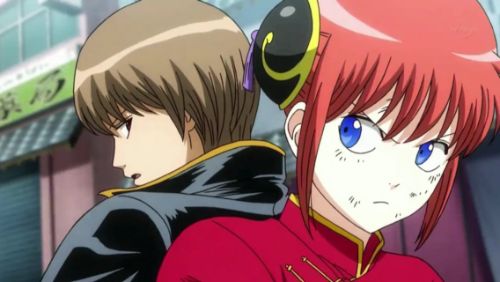 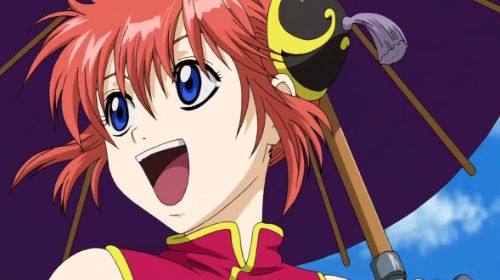 Saori(゜∇ ゜) “She is a heroine of Gintama. She is an alien girl who is a tribe called Yato. However, she looks exactly like a human and has an extraordinary supernatural and fighting strength! She is cheerful and cannot help but help people in need. But she’s self-centered with sharp tongue. She IS a heroine of Gintama but… sometimes we forget about it because of such an attitude she has. She’s cute, though!” 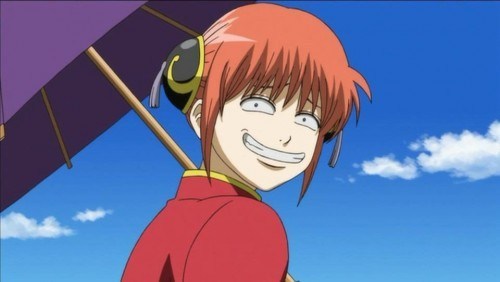 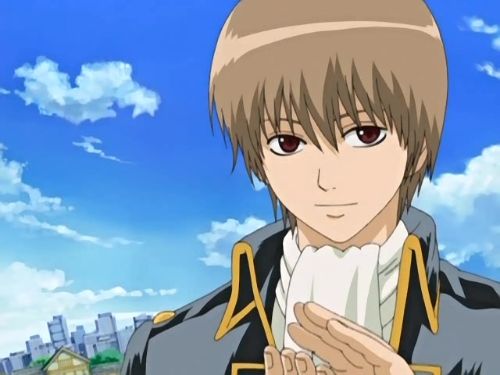 Saori(゜∇ ゜) “If I describe him with easy words, he is an incarnation of sadistic. For some reasons, he’s been targeting Hijikari-San’s life. Just like Kagura-Chan, he is also a little evil, self-centered with sharp tongue. However, he never hides those parts, so we feel comfortable with his eccentric behaviors.” 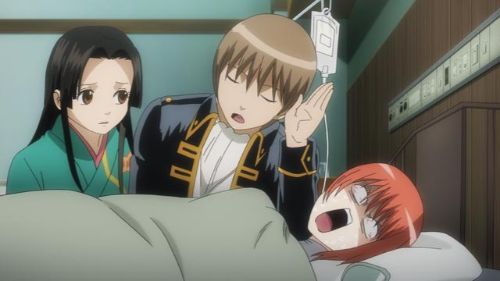 Saori(゜∇ ゜) “It doesn’t mean that these two have a bad fate in the past but.. they are both self-centered and if there is someone who is arrogant in front of them, they tend to offend them, ending up actually quarrelling or bothering them. I might have told you earlier… But they are so childish! Maybe they have a good chemistry because they have too many things in common?”

Saori(゜∇ ゜) “That means… they cannot cooperate with each other? Nope! They do support with each other if anybody bothers them, like… ‘Let’s get rid of them anyways before Kagura-Chan (Okita)!’! But they do that only for the common purpose! So we cannot always see their friendly scene!! But again, that’s one of the best parts about them… We cannot keep an eye from them since they tend to bother each other if they have a chance! That’s their attraction, huh~?” 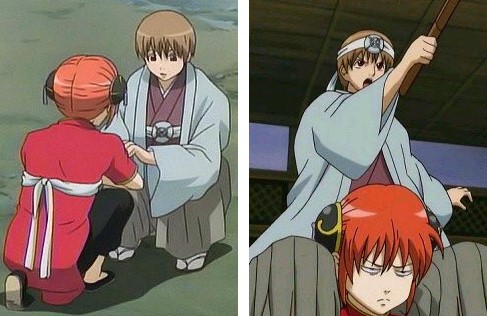 Saori(゜∇ ゜) “Well, well! The final episode of Gintama just aired the other day! Since it was one of the most popular titles among all the completed ones in 2019, go check the original comics if you are curious about【how the final episode went】!” 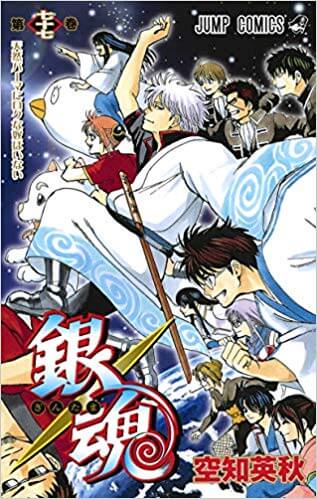 Saori(゜∇ ゜) “Writing this article, I noticed that most of the characters I shared today are eccentric but they are actually kind and care about friendship or bond. Even though it’s a gag manga, most of the stories are moving… Maybe I should go over everything from the beginning, commemorating its completion!!”

Already now! I’ll see you all at the next update! Bye now~!!