※This article includes some spoilers of Fate/Grand Order、Fate/Apocrypha! Watch out!

Saori(゜∇ ゜) “Hello everyone! It’s Saori from Otaku Republic!! It’s a Ver 2 Coupling Column of Fate/Grand Order (one of the fall Anime), now on air! This is the 2nd version, followed by Gilgamesh!!” 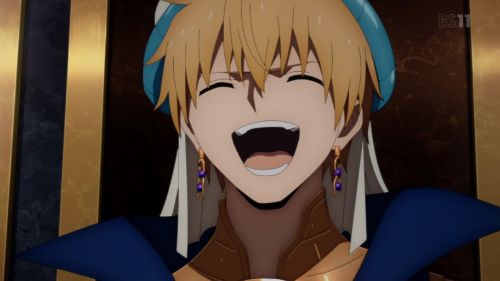 Saori(゜∇ ゜) “Alright! Let’s get started! The characters from Fate/Grand Order that I’ll feature today are…!!” 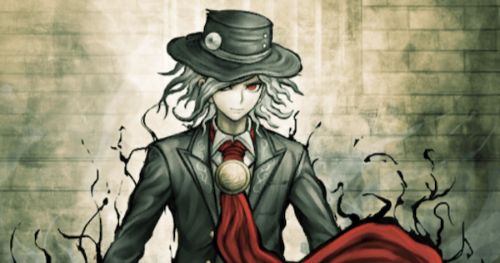 The relationship of the two: A master and a servant. “Accomplice” that survived nightmare together

Saori(゜∇ ゜) “They are the main characters of Fate/Grand Order. Protagonists are the only ones who can make a contract with the servants. They met for the first time in the nightmare. The master was locked in the prison that was made like the prison tower, where an innocent Edmond Dantes was imprisoned for 14 years.”

●Cries of The Vengeful Demon in the Prison Tower（監獄塔に復讐鬼は哭く） 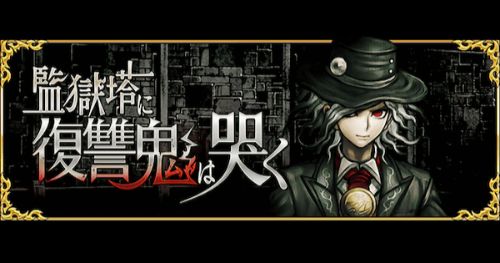 Saori(゜∇ ゜) “Edmond helped the protagonist, who woke up in the prison, just like Abbe Faria did for him before. Edmond couldn’t help but save the main character, who tried to survive in the situation like hell, putting his image into himself… They try to go toward the exit of the prison, busting the gatekeepers. The story, Cries of The Vengeful Demon in the Prison Tower（監獄塔に復讐鬼は哭く）is depicted about their interaction!”

Saori(゜∇ ゜) “The event, Cries of The Vengeful Demon in the Prison Tower, is commemorated for the special class【Avenger】to implement for the first time in Fate/Grand Order. Many people enjoyed playing this event by doing gacha to summon Edmond Dantes!”

Saori(゜∇ ゜) “【Avenger】who implemented for the first time was attractive but besides him, Edmond’s personality was so charming too, huh~? He was literally a【Dark Hero】! Having a sharp tongue, he is an obliging person, leading a protagonist until the end, keeping the faith even for the evil path, which was so cool… I have tried gacha too. He didn’t come to me though…” 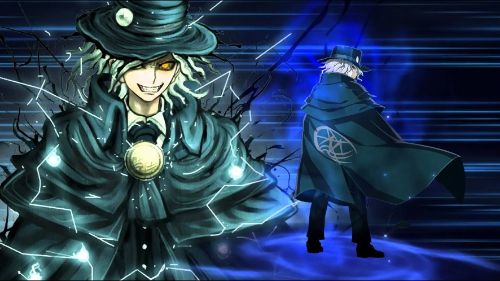 Saori(゜∇ ゜) “He appeared in various events after that too and supported the main characters, which made more players become his big fans! In 2018, he was implemented as the bathing suit look too! He will be even more popular…! Cute!” 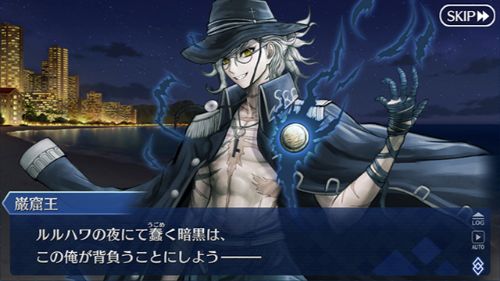 The relationship of the two: Totally opposite individuals but somehow alike

Saori(゜∇ ゜) “Who is Amakusa Shirou in Fate Series?” 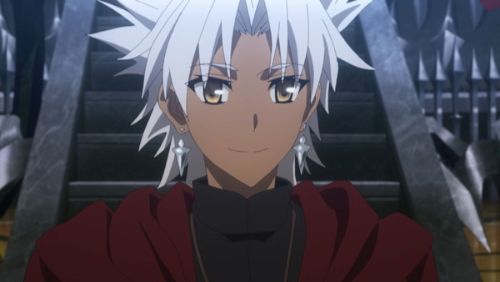 He is a servant, who appeared in Fate/Apocrypha.

He is a boy who was in charge of the leader in “Shimabara no ran” which was one of the wars, occurred in Edo era in the Japanese history. He is also a servant, who was summoned as a Ruler of the【Adjudicator】class. He was trying to realize to ‘re-create the human-being to totally different individuals so they will have no conflict’, hoping for the ‘salvation of the human-being’, swearing to the Holy Grail.”

Saori(゜∇ ゜) “Amakusa Shirou, who appeared in this Fate/Apocrypha, appears in Cries of The Vengeful Demon in the Prison Tower（監獄塔に復讐鬼は哭く）, as I mentioned earlier, as the ‘enemy’. Amakusa opposes to them because he wanted to ‘save’ Edmond Dantes, not because he wanted to interfere Protagonists.” 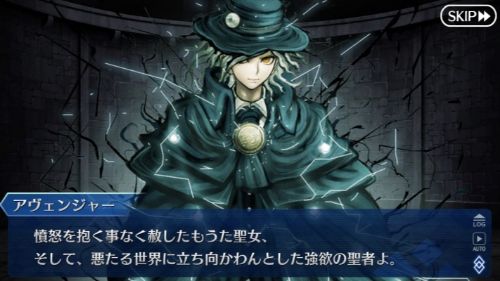 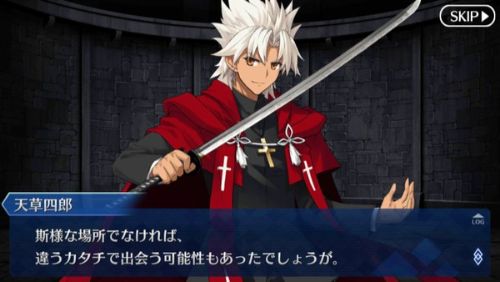 Saori(゜∇ ゜) “At that time, Edmond came to like Amakusa as the person, who was ‘very serious about realizing his super big ambition of saving human-beings’. Because he felt he was somehow similar to him being greedy and having a strong will.” 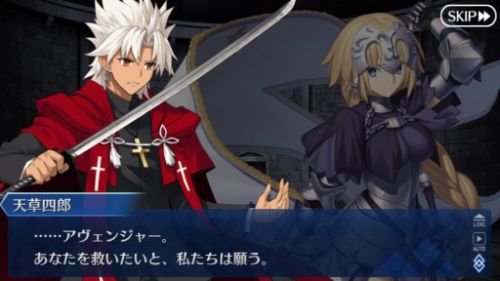 Saori(゜∇ ゜) “On the other hand, Amakusa highly evaluates Edmond, who devoted all of his souls to the revenge, while sticking to his will. He never sympathizes him but he does admire him having a strong will…”

Saori(゜∇ ゜) “By the way, Edmond Dantes is super popular now. He’s so popular that the drama CD, where the story about his (Le Comte de Monte-Cristo) lifetime before he became the servant, was depicted, is produced!!” 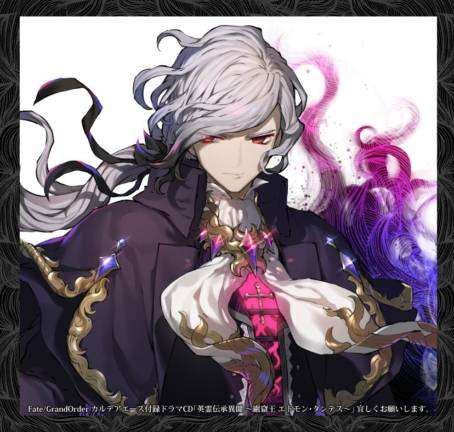 Saori(゜∇ ゜) “More and more Goods, related with him, have been releasing! Yes, Edmond Dantes is one of the super stars in Fate/Grand Order! For those who haven’t played the game yet, try to get him if you can!” 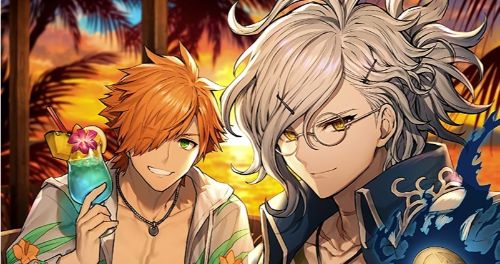 Alright now! I’ll see you all at the next article! Bye~!