※Please note that this article includes some spoilers of The Rising of the Shield Hero! Watch out especially for those who are going to watch it after reading this article!

Saori(゜∇ ゜) “Hello everyone! Today, I’ll share one of the NOW-HOT Couplings! .... Or I should say it’s the Coupling which has secretly been the fad in Otaku Republic!” 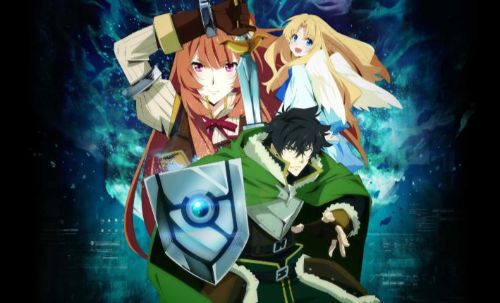 ★The Rising of the Shield Hero (盾の勇者の成り上がり) 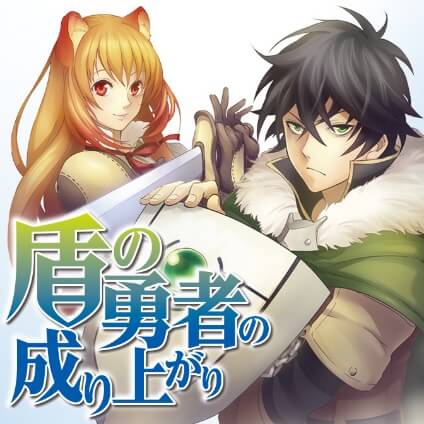 Originally published as a web novel in the user-generated novel site, “Shōsetsuka ni Narō (Let's Become a Novelist)”. This novel series was adapted into a book and manga series as well.

Iwatani Naofumi was summoned into a parallel world along with three other young men from parallel universes to become the world’s Shield Heroes. On day 3 of their adventure, Naofumi was betrayed by the three men and was treated as a criminal. Naofumi, wanting to return to the previous world, prepares for the X day, when the world gets ruins, with a slave trader, Raphtalia, who he made a contract (where he does whatever Naofumi orders to do) with. 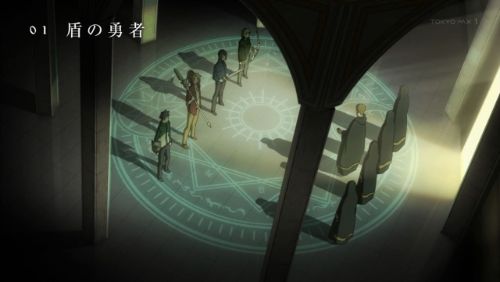 Saori(゜∇ ゜) “Since Naofumi is able to see everything such as Chara’s potentials or the quality of the weapons by quantifying them, you might see it was as if they were in the game…. But the world there was reality. Many people were afraid of the end of the world coming, while they saw discrimination between different tribes. They knew if they fought, they would struggle with pain and fear… They aimed to escape from such a world.” 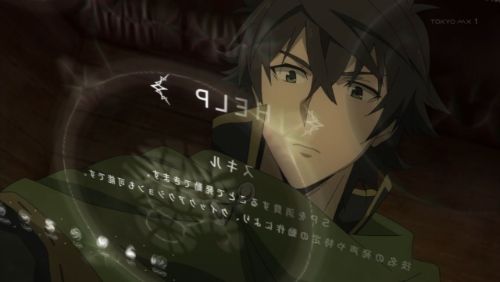 Saori(゜∇ ゜) “In such a storyline, the Coupling which has secretly been most popular in Otaku Republic is these two!

The relationship of the two: Both chosen to be the Heroes, confronting each other

Saori(゜∇ ゜) “As I mentioned above, Kitamura Motoyasu was the one who deceived Naofumi, stealing everything such as equipment, money, forcing him to be a criminal. He was a college student who was summoned as a【Shield Hero】from the parallel world, Japan” 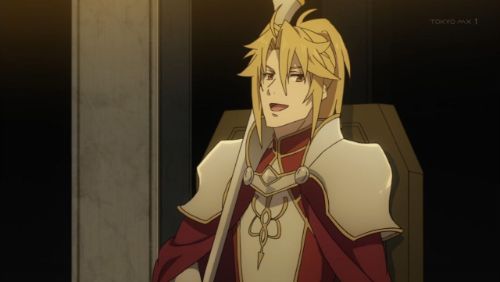 Saori(゜∇ ゜) “They really didn’t interact with each other in Anime, actually. Motoyasu appeared at the beginning and around Final Episode, where they met again. Their relationship was bad too. Motoyasu trusted and followed the princess, who was the principal who tried to entrap Naofumi and Motoyasu confronted with him until the very end…” 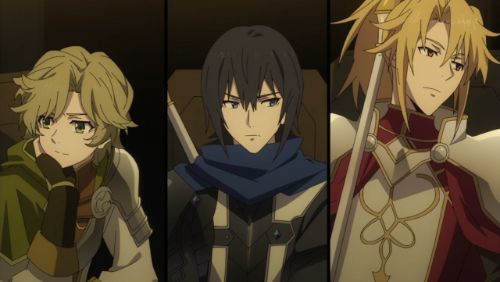 Saori(゜∇ ゜) “After the principal, the princess, got caught and was taken to the court, Naofumi was finally proved to be innocent and admitted as the Hero. Now he forgave the princess who tried to kill him so many times and tried so hard to avoid the world’s destruction. He has grown so much since Episode 1, huh? Motoyasu and his buddies, who made fun of Naofumi before, was actually impressed by how well he’s grown…” 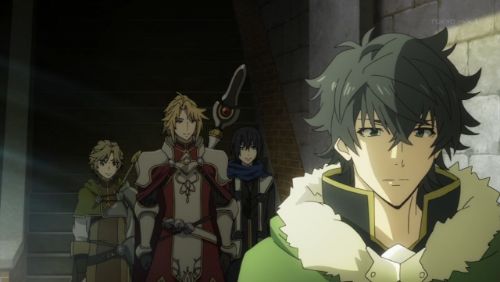 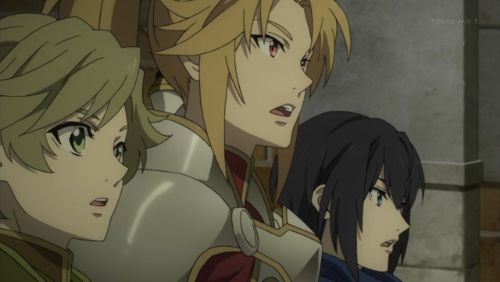 Saori(゜∇ ゜) “So! These two never spent time together even in Final Episode but… Actually these two! They interacted so many times outside of the main story!” 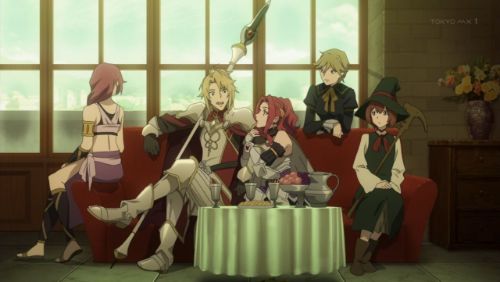 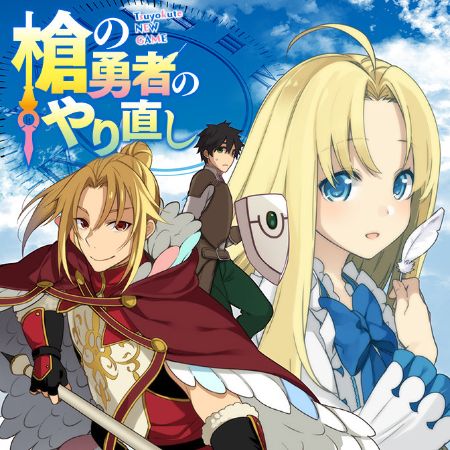 Saori(゜∇ ゜) “YES! This is a special edition of The Rising of the Shield Hero! What if Motoyasu, who betrayed him and got deceived by the princess, didn’t’ betray and get deceived…? YES! The main character here is not Naofumi, who was the main character in the main story, but Motoyasu! Since Motoyasu never betrayed Naofumi, their relationship was great! Even on the cover page, we can see them, looking good together, which we could never see in the main story!” 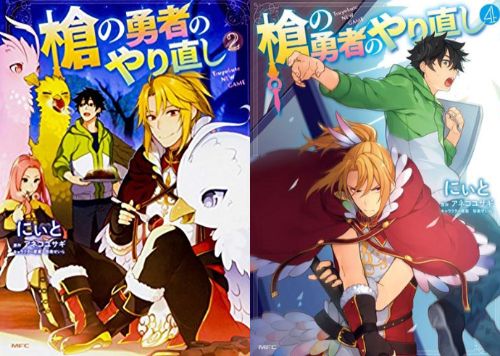 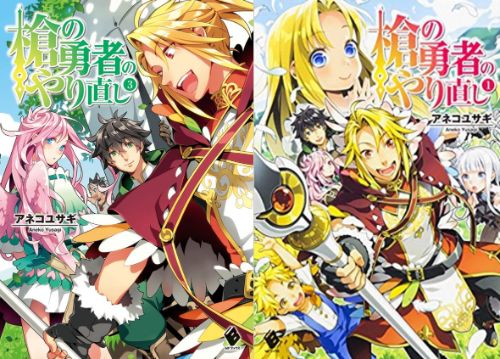 Saori(゜∇ ゜) “In this story, The Reprise of the Spear Hero, the relationship of these two is extremely good! Motoyasu saved Naofumi, who was made to be a criminal, deceived by the princess, just like the main story, and now they faced the crisis against the world destruction! You might think it’s the same storyline with the main one but you see ‘the back side’ of the main one and it’s never be the same scenario!” 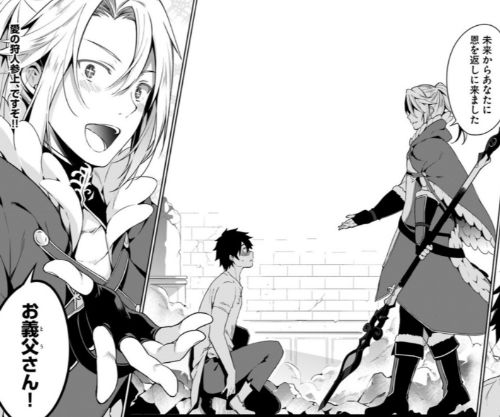 Saori(゜∇ ゜) “The reason why he didn’t get deceived just like the main story is simple. Because ‘they【redid it】, holding the memory they had in the main story’. It’s like leaping through time. Motoyasu took actions, knowing that he knew everything. It’s a story where Motoyasu, who never had hasty action like he did in the main story, really tried to save the world, swearing that he would definitely be with his dearest girl and his father, Naofumi(Motoyasu called him a ‘father’), who cherished and raised her!” 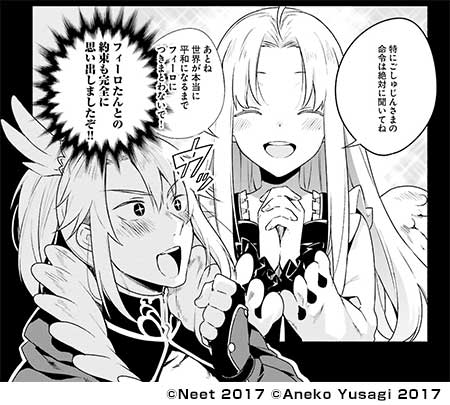 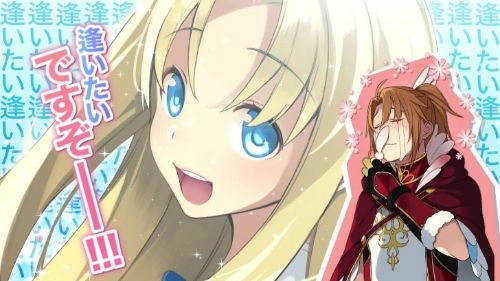 Saori(゜∇ ゜) “Like this, now The Reprise of the Spear Hero has been made into a drama CD and comics and we are expecting to be made into even Anime… This is how passionate all the fans are and how popular this Coupling is! Naofumi was strict like the devil, while he was kind to him in this special story, which might be happy and complicated from time to time… I would definitely recommend this story especially to those who have watched The Rising of the Shield Hero.” 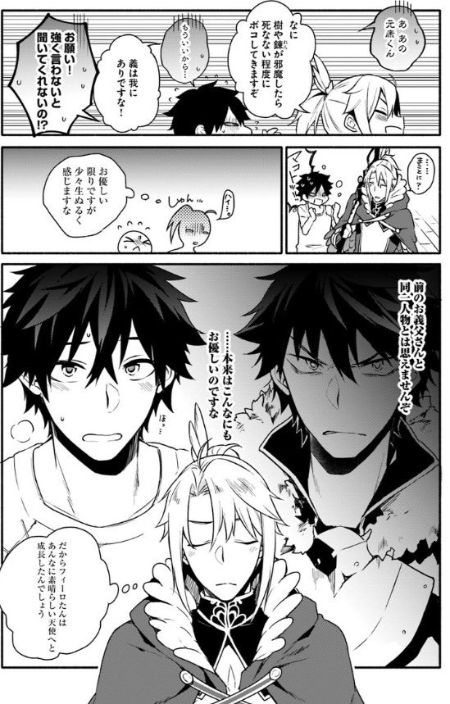 The Rising of the Shield Hero, Iwatani Naofumi, Kitamura Motoyasu