Saori(゜∇ ゜) “Let me jump to the conclusion! For Episode 1 and 2 of PSYCHO-PASS 3… they were so clear and easy even for the beginners with its worldview!!”

【PSYCHO-PASS 3】Here Comes a Near-Future SF Mystery Again!
Episode 1 Is Perfect Even for the Beginners with a Clear Explanation about Its Worldview! 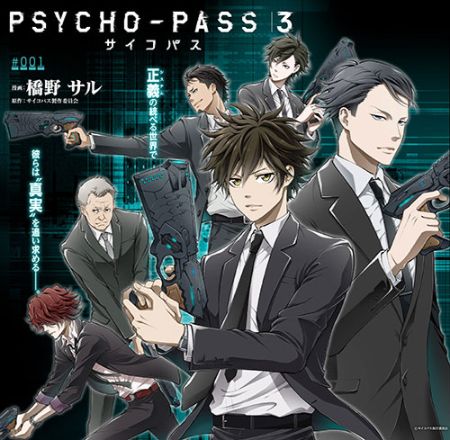 Boss(  'ω') “But you know what? If we skip Season 1 and 2, so many parts might be unclear. But as long as you know these four elements, you will be able to understand Episode 1 and 2 of Season 3!”

★The stage is the near future, where peoples’ mental conditions are measured 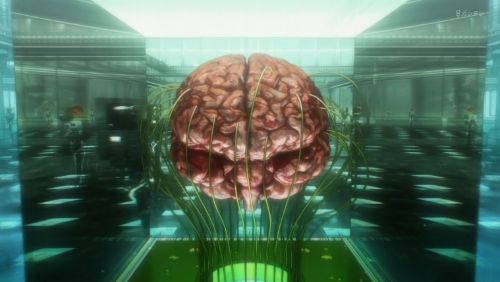 This Anime is set in a futuristic era in Japan (100 years from now),【Psycho-Pass】. They follow the system called Sybil System, a powerful network of psychometric scanners, actively measures the minds and mentalities of civilized populations. When the calculated likelihood of an individual committing a crime exceeds an accepted threshold, he or she is pursued, apprehended, and killed if necessary by police forces.

★If they don’t care about their mental stability, people are judged as “latent criminals”. 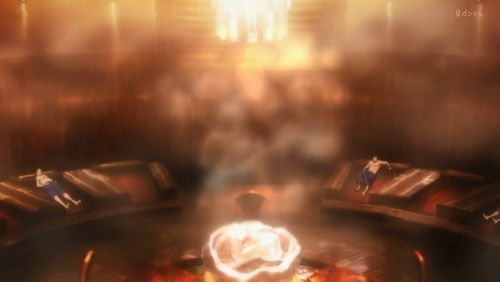 【PSYCHO-PASS】tends to exceed if people get stressed out or weighed down by the pressures in their daily life. If that happens, then people get apprehended as “latent criminals” even if they didn’t commit a crimes. Therefore, people never fail to care about their mental condition. Especially, for those who have the police related work, their【PSYCHO-PASS】tend to exceed since they have more opportunities to see the actual criminals on top of their regular work. They fight for peace in civilized society. 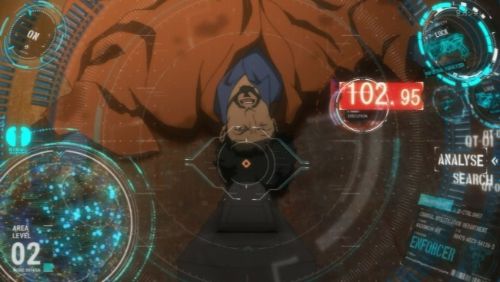 Enforcer is highly evaluated as the position where they can understand, foresee and solve the crimes. They are able to investigate the crimes as the police officer. However, since they really apprehend crimes, their【PSYCHO-PASS】tend to get high, which might lead them to commit the crimes. The members are usually four. Therefore, they are strictly observed. Kougami Shinya was in this position in the previous series. 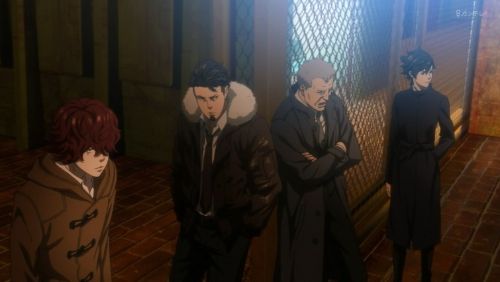 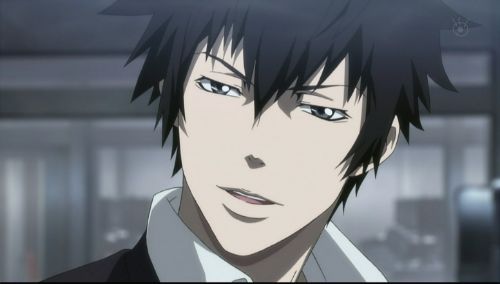 They are in charge of overseeing and directing Enforcers. They are elite, taking full responsibility for investigation. This is the position only for those whose【PSYCHO-PASS】is low. Usually two Inspectors are in charge. Tsunemori Akane was in this position in the previous series. 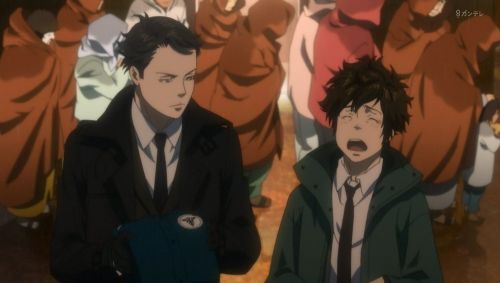 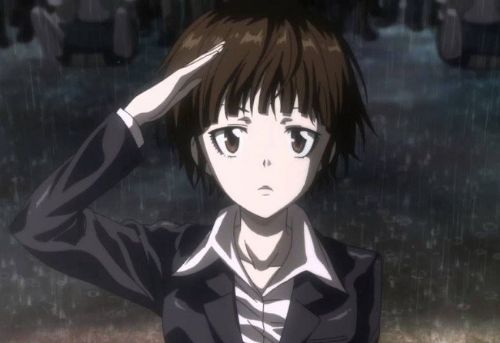 Saori(゜∇ ゜) “It’s not fair that people who didn’t commit a crime are arrested, huh…”

Boss(  'ω') “Right. But they actually see less crimes in that world and eventually, nobody will feel sad since Japan, which got rid of diplomacy, promised people for peace in the future… but…” 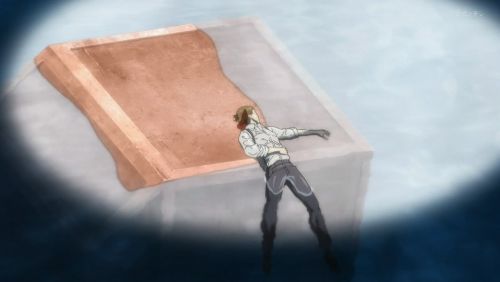 ●Two super special newcomers will get to the bottom of the crimes. 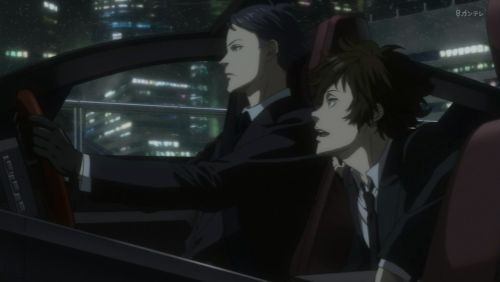 Boss(  'ω') “In Episode 1 and 2, they explained a little about the worldview and depicted about two newly appeared characters, who chase the case, which was pretended to be the case of murder.”

Saori(゜∇ ゜) “Shindou Arata-Kun has power called “Mental Trace”, where he deeply ‘sympathizes’ people on the site and traces their paths. It’s not like the superpower because he cannot trace them from time to time if he doesn’t have enough info since he presumes the condition around him.” 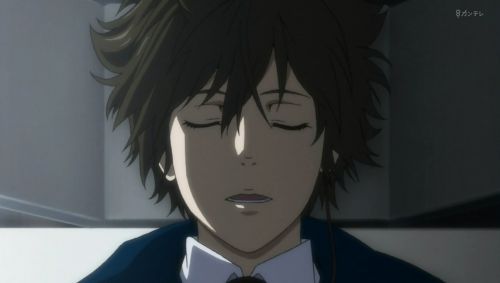 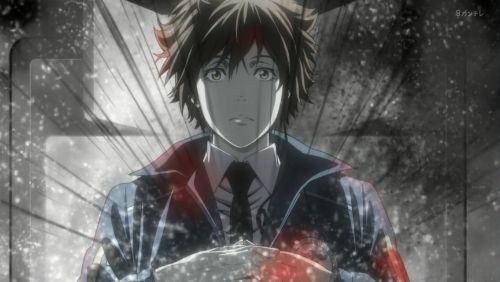 Boss(  'ω') “Even though Kei Mikhail Ignatov-Kun doesn’t seem to have a special power, he does have a super fighting skill, where he can beat multiple people easily. And he is also in charge of stopping Arata-Kun from becoming totally wrapped up in ‘Mental Trace’.” 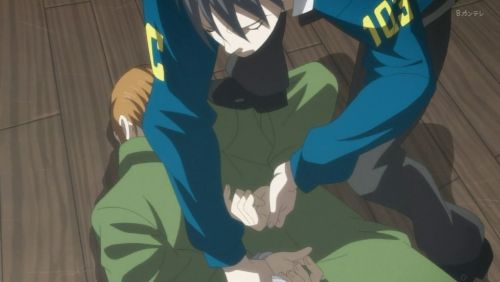 Saori(゜∇ ゜) “They got along so well that nobody would think it was the first time they met. I mean they understood each other so well, huh? I bet they did have some interactions before they became police officers just like Kougami-San and Ginoza-San.” 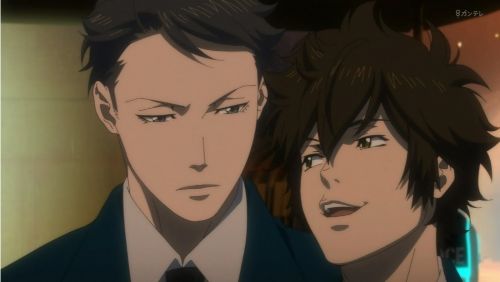 Boss(  'ω') “I gotta tell you this too~ I’m personally so curious about this boy.” 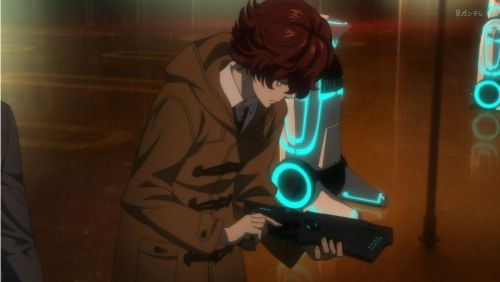 Saori(゜∇ ゜) “It’s Hinakawa sho-Kun, right? He seems a little weak but doesn’t seem to be a bad person, huh?”

Boss(  'ω') “Yep. Actually, he appeared in Season 2 too. While most characters changed their positions or disappeared, he was the only one who still worked hard as the Enforcer… I’m so happy that he will be in Season 2 too but I’m really worried that he might be in danger… He’s not a bad person so… Don’t let anything bad happen to him…” 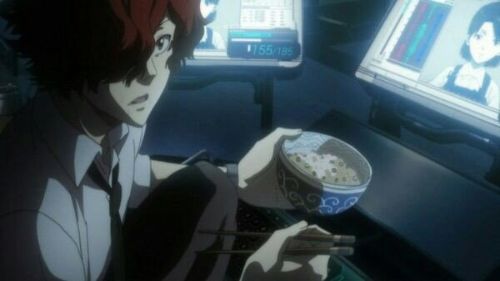 Boss(  'ω') “I’m attached to him. He did great in Season 2. I guess other Enforcers who he works with him… don’t seem to be good to him…” 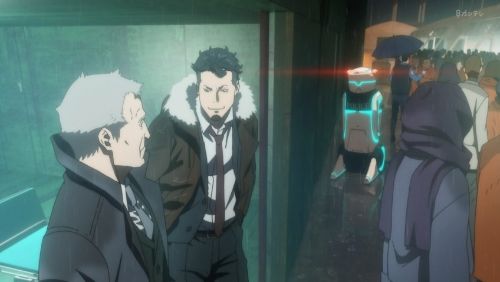 Saori(゜∇ ゜) “Two guys there took a nasty behavior to Arata-Kun and Ignatov-Kun, who got the higher position than them but… the woman…” 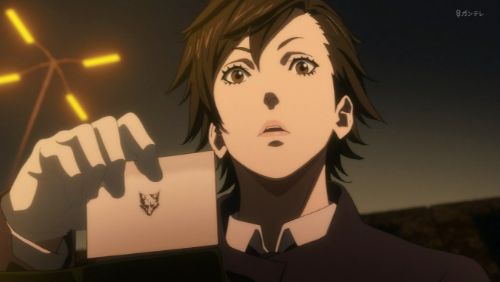 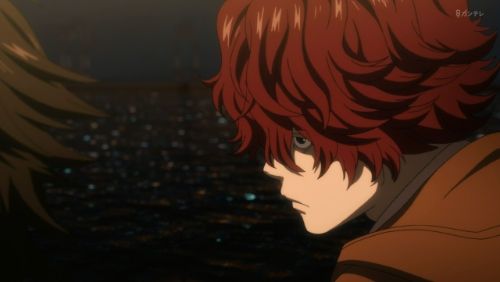 Boss(  'ω') “I saw her stealing someone’s business card from the victim’s belongings. It’s worse than the nasty behavior, huh?”

Saori(゜∇ ゜) “Each Chara has their speculation and gets involved with each case with their aims… It was so exciting to see this kind of relationship not just chasing the crimes!” 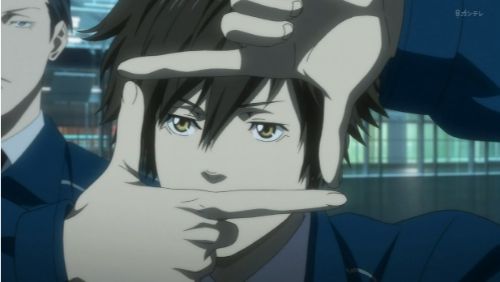 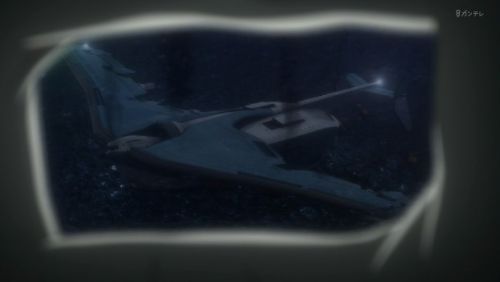 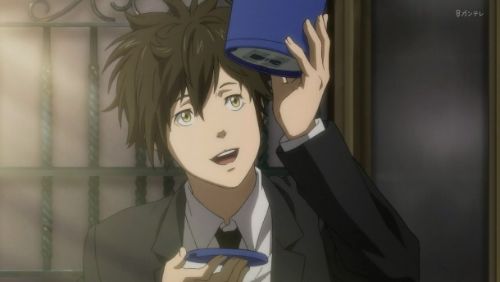 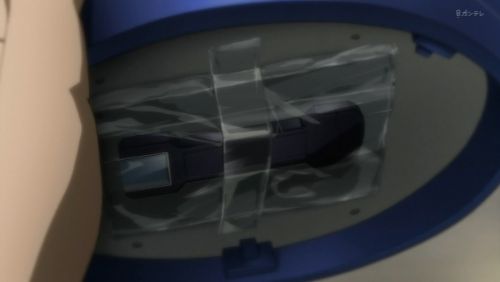 Boss(  'ω') “Thanks to Arata-Kun’s inference, they are getting closer to the truth but… I wonder if they actually catch the criminals…” 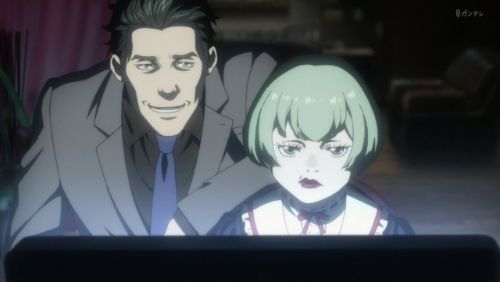 Saori(゜∇ ゜) “It was so interesting as the mystery genre too! By the way, what were they doing?” 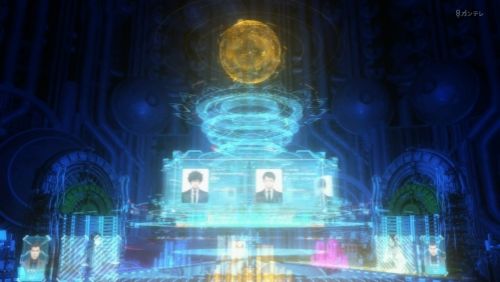 Boss(  'ω') “I have no idea… I’m sure it will be revealed soon. It doesn’t seem to be anything good though…” 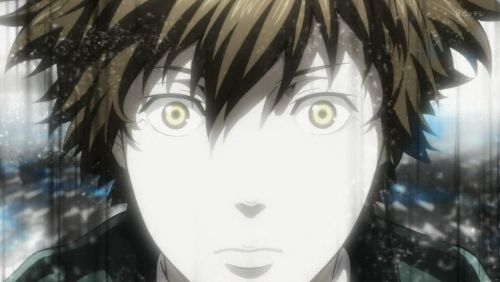 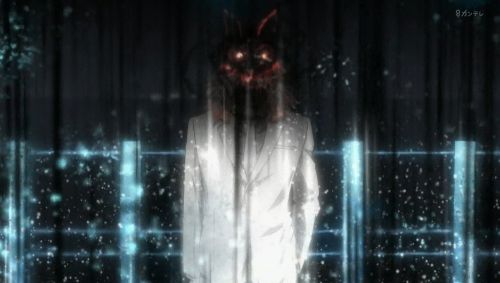 Saori(゜∇ ゜) “There are not many places which are unclear so far, so maybe it would be good that Episode 1 of Season 3 is the first PSYCHO-PASS. Before watching Episode 3 and 4, I recommend that you should watch Season 1 and 2 when you have time!”

Boss(  'ω') “I would recommend watching from Episode 1 of Season 1. As for Season 2, we see things about Season 1, unlike Season 3, so I would say it would be better to watch both Season 1 and 2 if you want to know everything about the past!”

Already now! We’ll see you all at the next article! Bye now~!