Saori(゜∇ ゜) “Hello everyone! Have you been enjoying 2019 Fall Anime~?! A popularity vote for 2019 Fall Anime will be closed TODAY! Please join us and tell us your most recommended Fall Anime!”

★Closing Soon!! Let’s Vote for the Most Awesome 2019 Fall Anime! 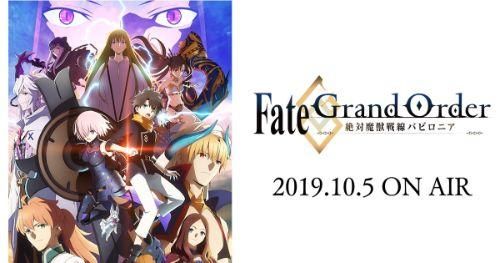 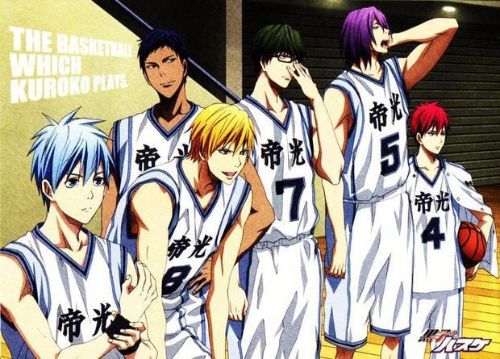 Saori(゜∇ ゜) “This one is the ver.1 which we featured before! Since the ver.1 was shared as the couplings mainly by Kuroko-Kun, go check it out for those who love Kuroko-Kun!” 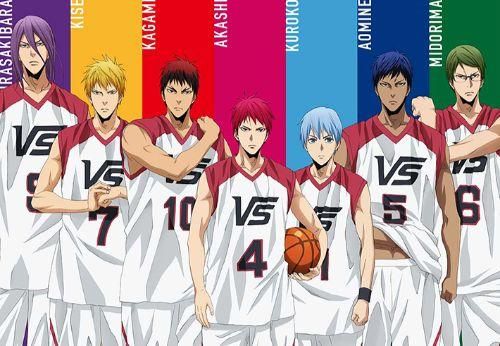 The relationship of the two: A freewheeling and confident man, and a kind playmaker, who supports him 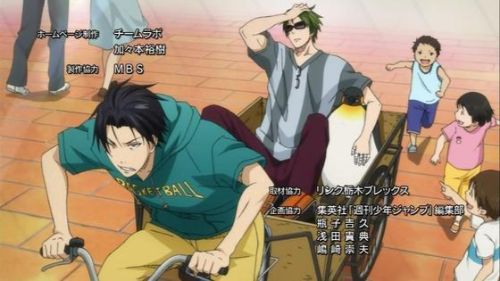 Saori(゜∇ ゜) “Speaking of Midorima Shintarou! He is the one member of Kiseki no Sedai, which we didn’t cover at the previous 【Coupling Column】! He is very confident and proud of himself and a great basketball player who has a very high technique!” 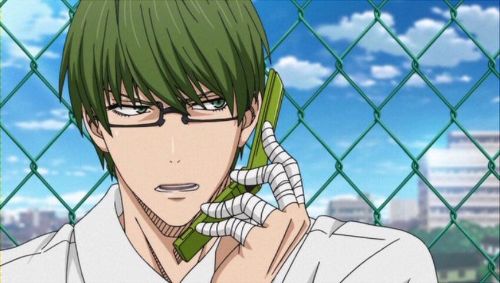 Saori(゜∇ ゜) “His competitive characteristic is a long precise long shot! His long shot can reach the opponent team’s goal however far in the court he is. The duration of the ball flying is long too, which is one of the attractions since they can rebuild their own team’s formation during that time!” 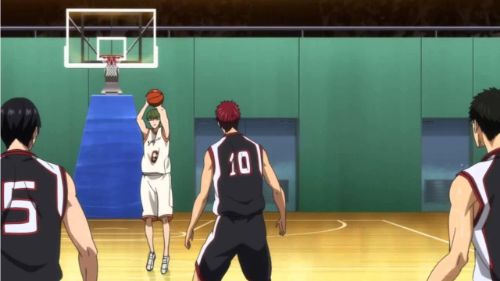 Saori(゜∇ ゜) “When he was a junior high school student, he was the sub-leader of the Kiseki no Sedai, so he is very mature… but at the same time, he’s too mature that it could be his weak point too. Even though he is mature and polite, he tends to make the atmosphere of the team bad since he is always direct when he says something to anybody in his team…” 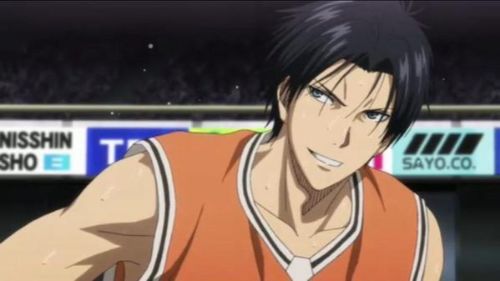 Saori(゜∇ ゜) “Therefore, Midorima-Kun sometimes gets lonely in the team. Takao Kazunari-Kun is the one who supports him in and out of the court! He is always friendly and cheerful and he sometimes teases such a serious Midorima-Kun too… but he is actually calm and thoughtful, always noticing Midorima-Kun who is sometimes disappointed and hurt. As a player, he is a playmaker, who has a wide perspective and is able to pass Midorima-Kun perfectly so he can shot the goal or send the ball to the opponent team too!” 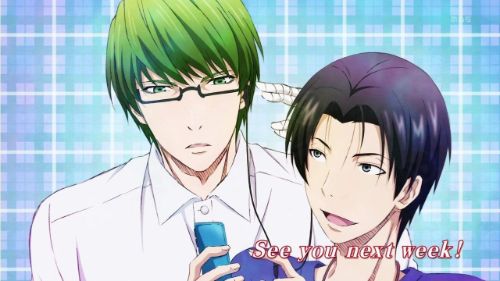 Saori(゜∇ ゜) “At the beginning of the story, they appeared in front of Kuroko-Kun and Kagami-Kun and showed them an overwhelming combination. They both are able to make use of their partner, so the main player can shot the goal, which shows us how good the combination of Midorima-Kun and Takao-Kun is!”

The relationship of the two: Both were supported by Kuroko and are the closest rivals 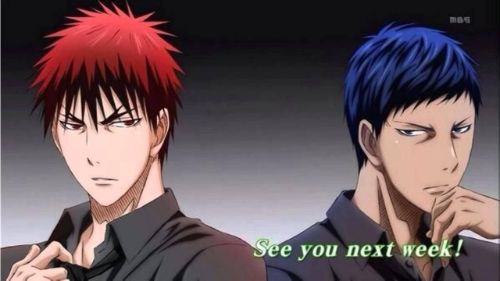 Saori(゜∇ ゜) “Speaking of Aomine-Kun… he is the best basketball player with an overwhelming physical strength and the speed. He was the ace of Kiseki no Sedai and is able to shot the goal however the posture he has. He is also able to pass or shot even before anybody could predict, which we call a【wild guess】that he has… Anyway, there are more aptitudes that he has about playing basketball too. He is an【instinctive basketball player】, for sure.” 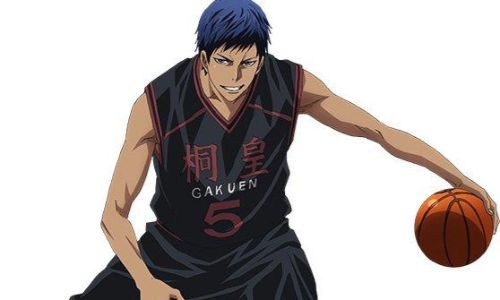 Saori(゜∇ ゜) “What is scary about Aomine-Kun is that he has never missed any practices, while he has a talent in nature. He loves basketball and starts talking about basketball, even though he is not usually a talkative person! He loves to play basketball! That’s how he has spent his childhood.” 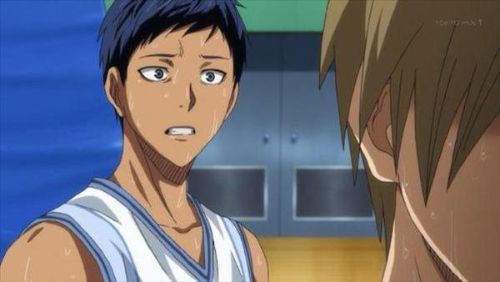 Saori(゜∇ ゜) “When he becomes a junior and senior high school student… all the players in his team were no longer competitive to him. He often lost his fighting spirit in the middle of the game and ruined the game itself. The basketball for him turned out to be a boring thing because he could just naturally win, scaring players around him.” 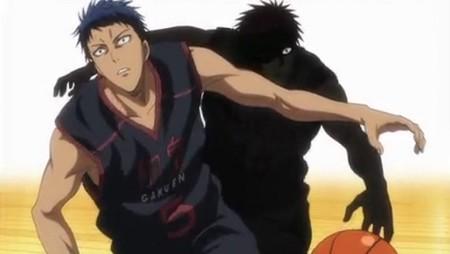 Saori(゜∇ ゜) Since he had an overwhelming talent for the basketball, he can no longer enjoy it from the bottom of his heart… He really wanted a rival, who fires up himself. That’s exactly what Kagami-Kun was thinking too.” 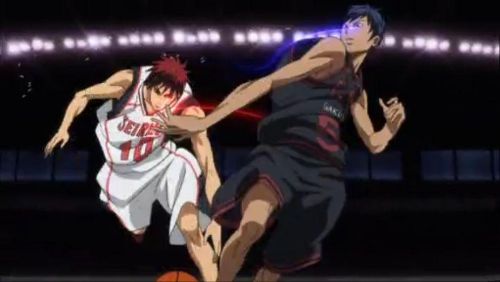 Saori(゜∇ ゜) “Because there are something in common between them, they can understand to be the rivals or the love toward the basketball. Kagami-Kun, who was on the backfoot, never gives up and challenges to him. That’s why Aomine-Kun could lose if he lowers his guard even a little bit. Aomine-Kun really had a respectful attitude toward Kagami-Kun, who created the situation where he can enjoy the basketball from the bottom of his heart. Aomine-Kun even said to him, You Are the BEST!” 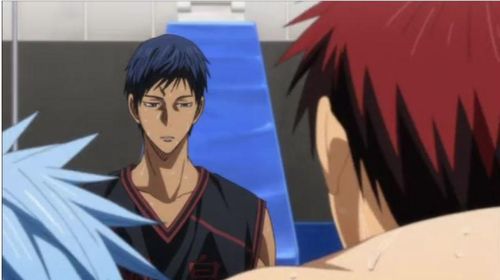 Saori(゜∇ ゜) “When he loses the game, he becomes disappointed… which is super cute about Aomine-Kun. The attraction of the two is such a great relationship, where Kagami-Kun understood everything about Aomine-Kun and also fired him up!”

The relationship of the two: An ideal person and the one who taught what the world of basketball is 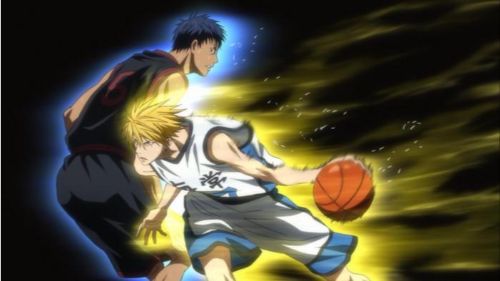 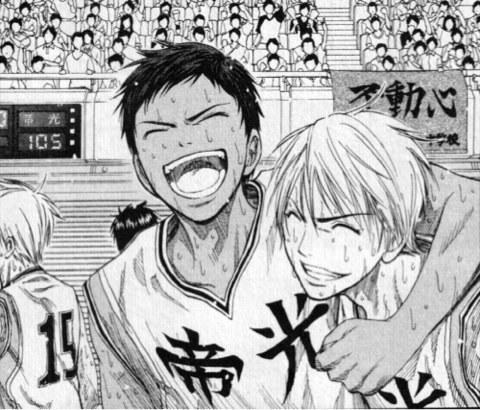 Saori(゜∇ ゜) “Kise-Kun ended up becoming the top level in the team, just like Aomine-Kun. The level went up higher and finally he did 1 on 1 with Aomine-Kun. Of course, Aomine-Kun is higher in level but he rated very high on Kise-Kun, thinking that Aomine-Kun might lose if he goes easy on Kise-Kun. The facial expression which Aomine-Kun showed us when they were playing 1 on 1, was so innocent and he looked enjoyable from the bottom of his heart.” 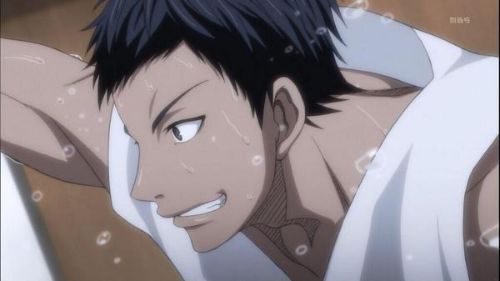 Saori(゜∇ ゜) “Various incidents and bad luck occurred, and Kiseki no Sedai was kind of dismissed… Aomine-Kun and Kise-Kun went on to the different high schools too and finally competed! Since both were from Kiseki no Sedai, everybody expected for the high-level game in Anime…!” 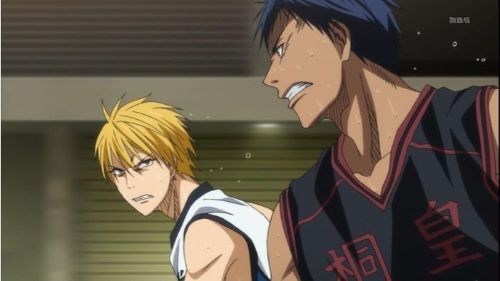 Saori(゜∇ ゜) “The moment of the ending~~  it was super sad…  When the game was finally over, it was super sad… Since they both understood deeply, it ended like that.. For those who love this Coupling, please check it out!!! It’s incredibly sad…!” 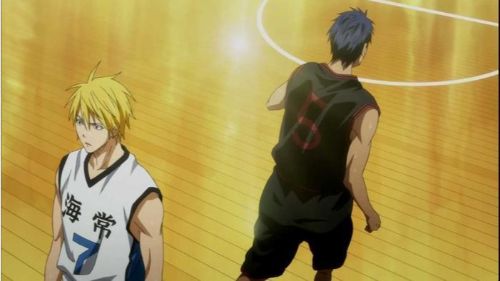 Saori(゜∇ ゜) “We have more attractive Couplings in Kuroko no Basuke!! Even after the Final Episode, it’s still HOT! For those who haven’t watched it yet, go check it now!!”