※Please note that this article includes a large extent of spoilers of the movie, Promare.

Saori(゜∇ ゜) “Hello everyone! Are you guys livening up?! For today’s 【Coupling Column】, I will feature… THIS!!” 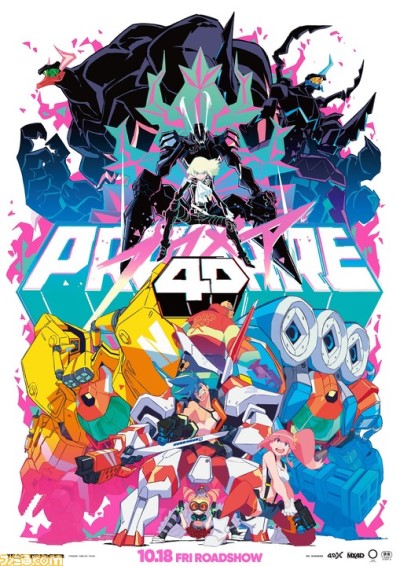 Saori(゜∇ ゜) “Hold up! For those who are thinking that this article will share some introduction of Promare! Unfortunately, this includes a lot of spoilers until the end of the movie, so if you just want a little introduction, please check out the article below!” 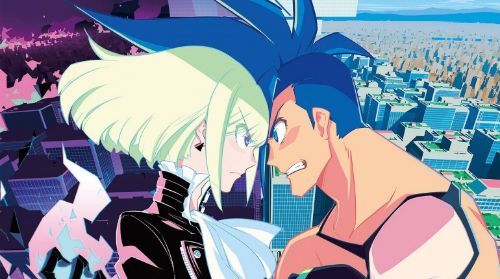 Saori(゜∇ ゜) “So for today’s【Coupling Column】, I’ll feature the movie, Promare, now on air!”

The relationship of the two: These two main characters are opposite one another, but have the same resolution. They fire off the flame and ambition. 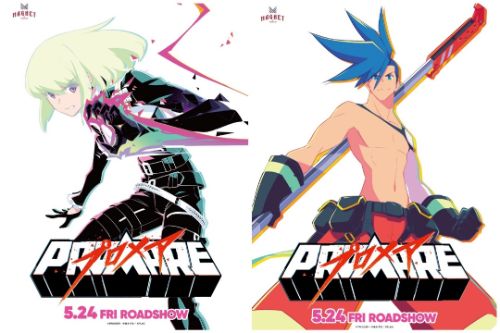 Saori(゜∇ ゜) “What I like about them most is… they got so close when they worked together, riding in the huge robot, after they found out about Kray’s ambition…! When Galo was upset about Matoi’s equipment being uncomplete, Lio made it by the flame because he had seen it before… Such a kind man, huh~! Galo is reckless, while Lio is calm. They used to conflict first but when Galo found out the truth about the tribe called Burnish, they got so close to each other…!” 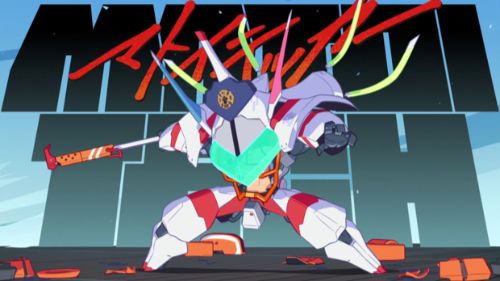 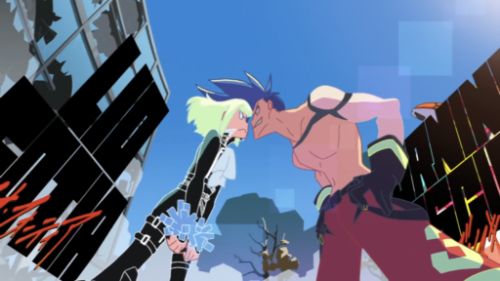 Saori(゜∇ ゜) “Speaking of these two… they often have the ‘crucial scenes’, huh? (Those who have watched the movie, should know what I’m talking about.) When I watched the scene, I couldn’t but get surprised, ‘Whaaaaaat( ﾟДﾟ)?!!’…. but I bet many of you got into this Coupling from that scene! There is one scene where Galo desperately said, ‘Stay with me!’… This can often mean ‘Come on, bady!’ when they save peoples’ lives overseas but in Japan, it can also mean ‘Just be with me’…..

“Guess what? The English version translated Galo’s words to Lio, ‘Stay with Me!’”

This info spread out through all the Japanese fans and it even made a buss on Twitter. Stay with me… is it a love confession or something? That’s how Promare fans thought!

Saori(゜∇ ゜) “What has become of these two… can’t wait to know, huh? In Anime magazine, sold in Japan, you see them being calm and peaceful, which we cannot see in the movie! Personally, I want them to live calmly and peacefully in the world which they saved together! It’s okay that Galo and Lio work together even though they might often quarrel. But what matters is that they try not to mess up… Even if they mess something up, one of them would fix it. That’s how it work in them, I guess!” 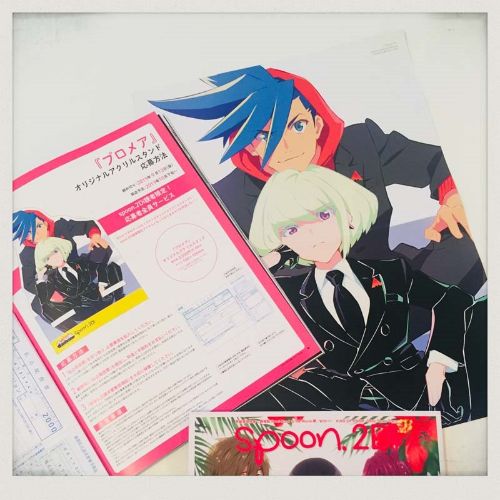 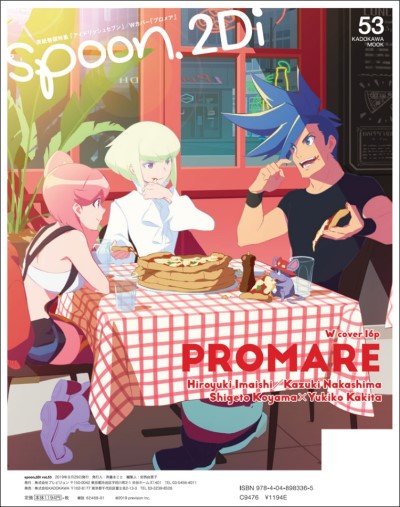 The relationship of the two: The two Chara, who never understood each other. 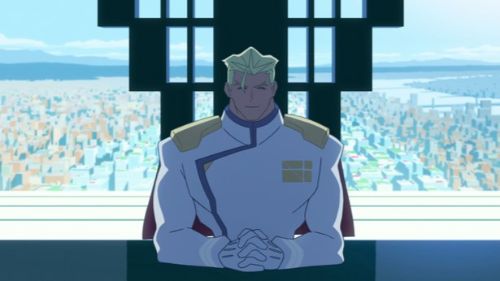 Saori(゜∇ ゜) “One of the best parts about this Promare is that we see the bond between Galo and Lio, who understood each other, even though he was Burnish, while Kray and Galo could never understand with each other just because he is Burnish. We thought they had built up their relationship and trusted with each other from the early stage but actually, Kray really hated Galo… I was honestly scared of Kray (his angry face!!), who had been trusted by people and had achieved in various projects when he completely denied Galo’s existence” 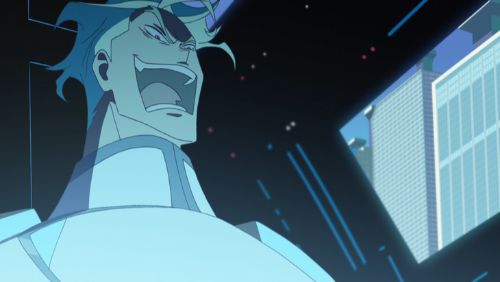 Saori(゜∇ ゜) “Doujinshi, which depict this Coupling, usually feature their relationship. First, they depict it at the beginning of the story. It’s when Galo hasn’t realized that he was being hated by Kray. He never knew he was Burnish, either… The fake feeling of respect and appreciation connected them with each other. But again, they depict their calm relationship as well as their serious one… This stage of the story shows how unbalanced they are, which might be one of the attractions of this Coupling…! Yeah, he could have had a feeling of hatred… then why didn’t he kill him for a long time…? You’ll see why and how in the interpretation of Doujinshi!” 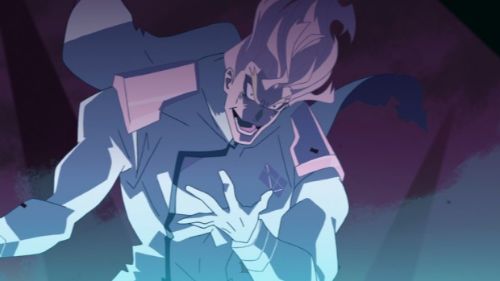 Saori(゜∇ ゜) “And another thing is… Doujinsh,i where the relationship of the two is imagined after the story! I would rather like this Doujinshi! It’s like we imagine what kind of relationship they (who were always honest with each other) will have after the ending!”

Saori(゜∇ ゜) “Yeah, everything was solved in a good way and the ending was where everybody was able to go toward the future… Kray went on a rampage so I believe he will be accused of some kind of guilty but if the crime is not that serious and he get a chance to face Galo one more time… then how is the relationship of the two going to be? I wonder what kind of life Kray, who went on a rampage, will have after he is released from the dooms because he was Burnish… Yeah! I can’t wait so much that I want the sequel to come out! I bet many of those who love a Coupling, Galo Thymos x Kray Foresight, like their potential!” 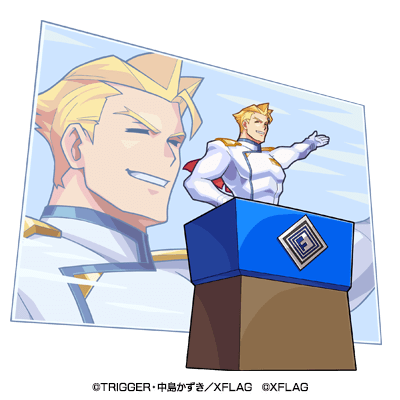 Saori(゜∇ ゜) “Kray’s refreshing smile, when they collaborated with the Japanese social game… might not have been the one from the bottom of his heart but I hope we’ll be able to see his true smile someday… Yeah, he makes me think that way, and he was such a good villain. I might be bad to say this but I’ve never seen such a refreshing look villain recently.”

The relationship of the two: The soulmates who support their leader 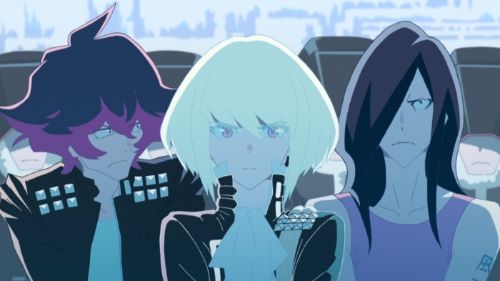 Saori(゜∇ ゜) “They don’t appear as often as Galo, Lio and Kray in the main story but they do appear a lot in the ‘prequel’ version, which newly released! They two are Burnish, just like Lio but they took care of the organization, Mad Burnish, until Lio joined it. In short, they have saved their fellows, Burnish, from Kray, who tried to capture them, by protecting Burnish, who had been prosecuted, or offering places to live to them.” 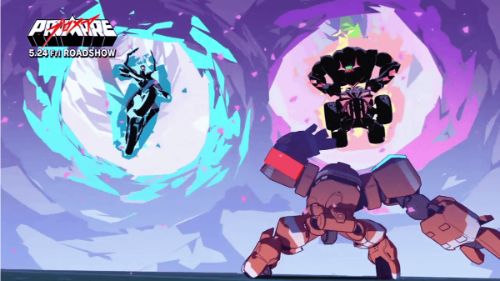 Saori(゜∇ ゜) “It’s sure that they appear in the prequel version a lot but I really liked the first scene in the main story of the movie! It was so cool that they changed the flame into the vehicle and rode them so gorgeously! I know you might pay attention to Lio more but check them out too! They were super cool!”

Saori(゜∇ ゜) “I’m also curious about them after the ending. They are able to fight for their fellows who are prosecuted by people so I bet they will try hard so ex-Burnish can live normally in the society… But I think there will be Lio with them too!”

Saori(゜∇ ゜) “Promare is NOW HOT overseas too! Because it’s the original movie version, the story is full of elements of these Couplings! I’m telling you! This will be absolutely one of the best Anime movies in 2019… so go watch it again! You might discover something new when you watch second or third time too! Now, I’ll go watch 4DX!!!!”