Boss(  'ω') “Today, we’ll feature THIS Anime, which is one of the well-known Anime of all the 2019 Fall Anime but the one, which ‘not so many might not be watching even though they know’ at the same time!”

For Those Who Don’t Play, Watch It! Follow the Story of Gilgamesh and Enkidu! 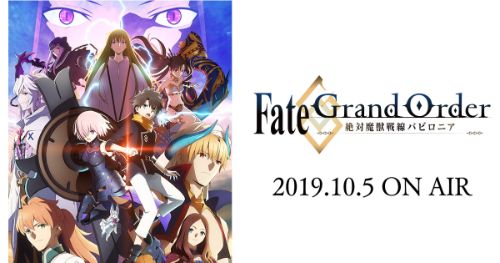 Boss(  'ω') “Of course many of you are watching this Anime but some of you ‘might not be watching it even though you are interested in it’, I guess!”

Saori(゜∇ ゜) “Then why do I think that some of you ‘might not be watching it even though you are interested in it’…? Let me analyze it with two reasons!”

●You don’t play Fate/Grand Order in the first place

Saori(゜∇ ゜) “The first reason why you don’t watch it is! You don’t play Fate/Grand Order in the first place!!”

Boss(  'ω') “The Anime whose game you haven’t played before? You might not get interested in that, huh?”

Saori(゜∇ ゜) “BUT! That’s why I want you to watch it! I’m sure you’ll see clearly【what Fate/Grand Order is really like especially for those who haven’t played it before!】”

●Only Chapter 7 is animated, instead of the earlier Chapters such as 1 or 2. (= which makes the beginners confused with unfamiliar settings)

Boss(  'ω') “Why do you assume that even the beginners will see what Fate/Grand Order is like that clearly?”

Saori(゜∇ ゜) “There are some reasons! First, only Chapter 7 is animated, not the earlier Chapters. I’m sure that ‘even those who produced know it might be difficult for those who will watch this Anime for the first time (without playing the game)’!” 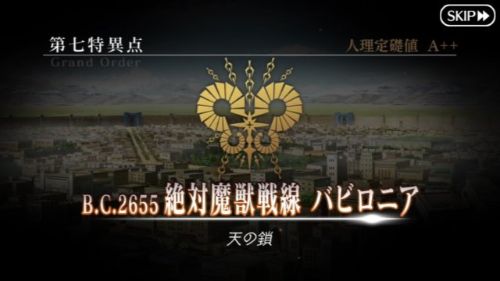 Boss(  'ω') “Yeah, right. I guess they will explain about the detailed worldview or what happened, instead of the actual scenario for some extent? But again, the staff who produced it might just think that ‘It’s okay that only for those who have played FGO can enjoy it…’”

Saori(゜∇ ゜) “I don’t believe that.. but for those who are worried about watching a half-way Chapter 7: Absolute Demonic Front: Babylonia… check out the animated tutorial part of the game, Fate/Grand Order -First Order-! This is a two-hour long Anime, giving you things about Fate/Grand Order’s worldview, the mission and main characters!” 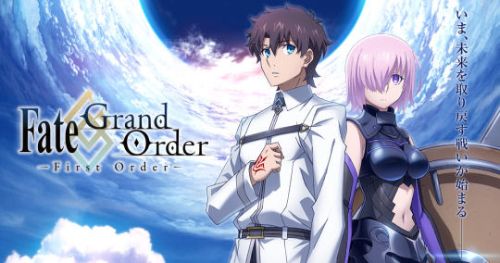 Saori(゜∇ ゜) “Actually, this animated Chapter 7: Absolute Demonic Front: Babylonia, can be a sequel of the tutorial (Chapter 0), Fate/Grand Order -First Order-, so you might want to check this one first if you are worried so much.”

●Is this Anime really interesting since the original game is a text-style?

Boss(  'ω') “Yes, this one too, huh? When we play the game, we read the text, expanding our imagination at the same time but I wonder if the scenario will be fun when we watch Anime…”

Saori(゜∇ ゜) “No worries about that! Chapter 7: Absolute Demonic Front: Babylonia is the No. 1 Episode which FGO users want to be animated, according to the survey. And the scenario writer is Nasu Kinoko-San, who is the original writer of Fate Series. What’s more? It is the biggest scale in Chapter 1. They made it for this animation, reflecting users’ feedback, saying ‘I want to enjoy this scenario not only by the text but also by Anime’!” 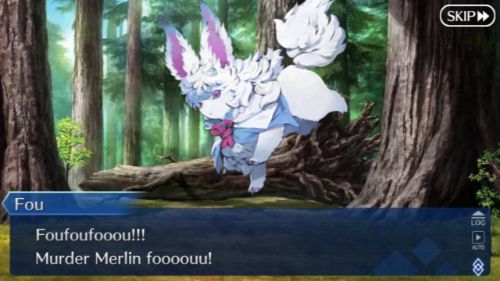 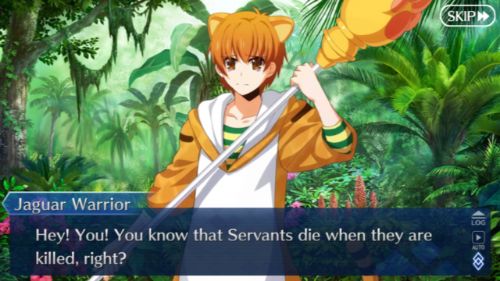 ●Then what kind of scenario is it?

Boss(  'ω') “What kind of story is Fate/Grand Order in the first place?”

Saori(゜∇ ゜) “I’ll make this suuuuper clear, okay? One day, the magic organization, which was observing the future of the earth, proved one research result, saying ‘The human will extinct in 2016’. The reason is that the ‘distortion’, also called a singularity, created in human history, was born. The main characters set off for the journey to fix the seven singularities to save the human extinction, along with the servants. This is a story about Fate/Grand Order (Part 1)!”

Boss(  'ω') “That means, Chapter 7: Absolute Demonic Front: Babylonia, which will be animated this time is literally about the 7th singularity, huh?”

Saori(゜∇ ゜) “Yes. The seventh singularity is set in the world, B.C., Epic of Gilgamesh, where humans and God used to live together. It’s called Babylonia.” 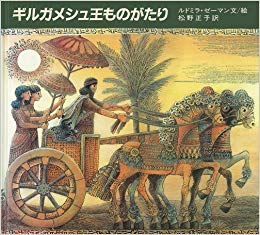 ●Then… what kind of chara will appear? 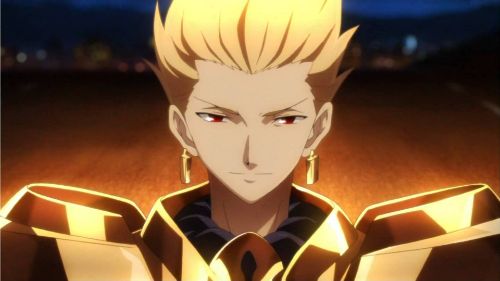 Saori(゜∇ ゜) “Yeah, he exactly is. He’s one of the popular Chara, who has appeared most in Fate Series, such as Fate/Zero, Fate/hollow ataraxia, Fate/EXTRA-CCC, Fate/strange Fake and etc…” 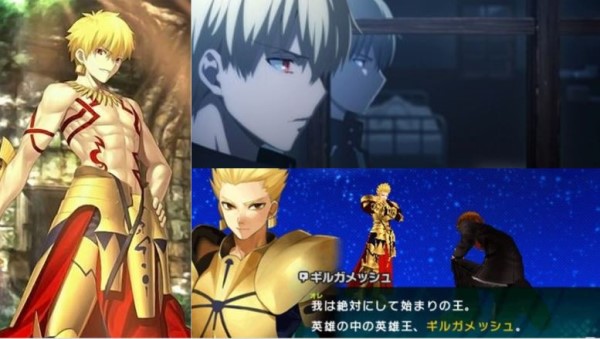 Boss(  'ω') “Why is Gilgamesh that popular and does he appear that often?”

Saori(゜∇ ゜) “It all comes down to his personality and how strong he is. Gilgamesh is literally a ‘Hero’, depicted in the oldest epic, so all the Heroes, who appeared after Epic of Gilgamesh, tend to be thought as ‘his imitation’.”

Saori(゜∇ ゜) “And above all, he is the existence who was created between human and God. The country he governed lasted over 125 years and he is literally the “king for the heroes”, who controlled the whole world.” 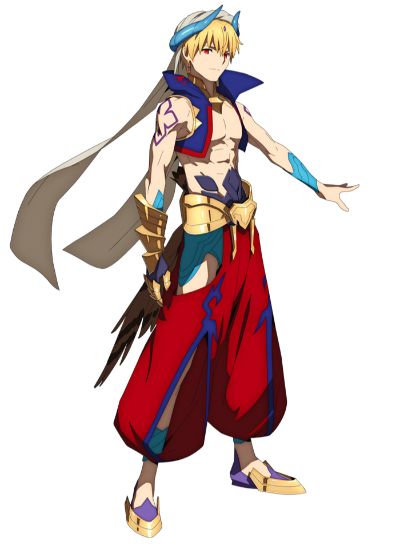 Saori(゜∇ ゜) “Yes! Gilgamesh, who has appeared in fate series so far, had no regard for others! For the viewers, while having such a strong power, he hasn’t used his full strength under his own policy ‘the King shouldn’t go all out from the beginning’…. But this time, Gilgamesh will show us his different side, trying very hard on governing his country, after he came back from a trip to search for immortality!”

Saori(゜∇ ゜) “Oh yeah, guess what…. Enkidu, who we thought was already dead, will appear in Chapter 7: Absolute Demonic Front: Babylonia.” 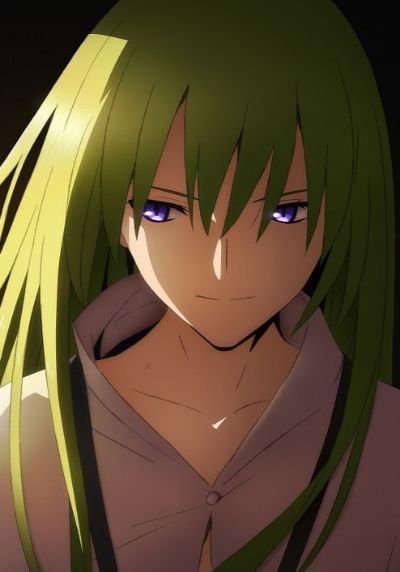 Saori(゜∇ ゜) “Yes! The reason why Gilgamesh wanted to go on a trip to search for immortality at Epic of Gilgamesh was because of the death of Enkidu! For Gilgamesh, all the time when he spent with Enkidu was the ‘treasure’ which is more precious than any other treasures he owns. He cherished them that much.”

Boss(  'ω') “Mmm~!? But Gilgamesh, who will appear in this Anime, is already back from the trip to search for immortality, right? The fact, that Enkidu is still alive, doesn’t make sense, no?” 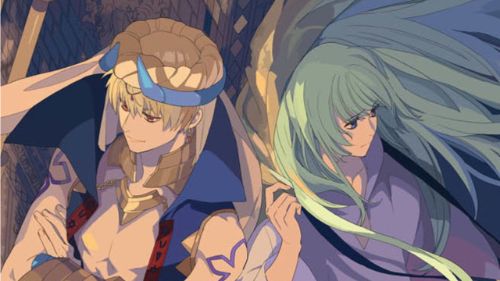 Saori(゜∇ ゜) “Yeah! Why is Enkidu, who could be dead now, revived?! And what is Absolute Demonic Front, which threatens the country which Gilgamesh governs?! I want especially for those who haven’t played Fate/Grand Order yet to watch Absolute Demonic Front Babylonia!! Episode 1 is now on air already so check it out~!!” 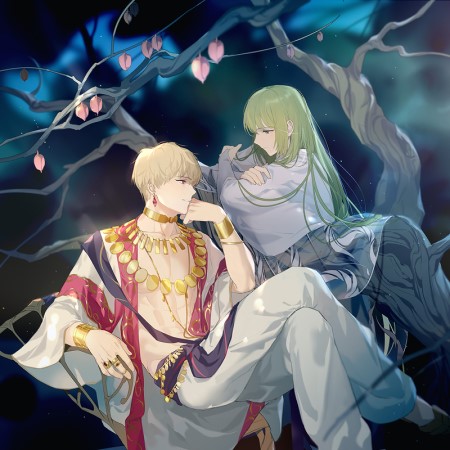 Already now! We’ll see you all at the next article! Bye now~!