Saori(゜∇ ゜) “This Coupling Column allows you to know about ‘the relationship of the two characters (who you might have heard of before but don’t exactly know them)’ in just five minutes!” 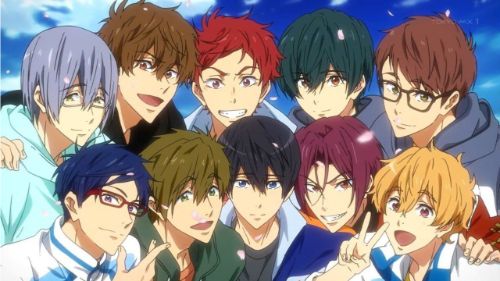 It’s been made into Anime three times before and as for the movie version, High Speed! -Free! Starting Days -, which were depicted about their junior high school days. They announced that either Season 4 or the new series will be produced too.

Saori(゜∇ ゜) “I wonder if there are any people visiting us at Otaku Republic, who don’t know this Anime… Yes, this Anime is this famous! So! Here are the three Couplings from such an awesome Anime!” 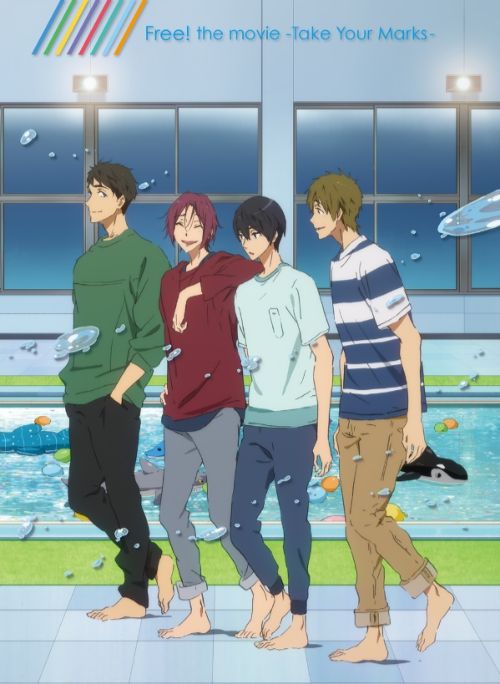 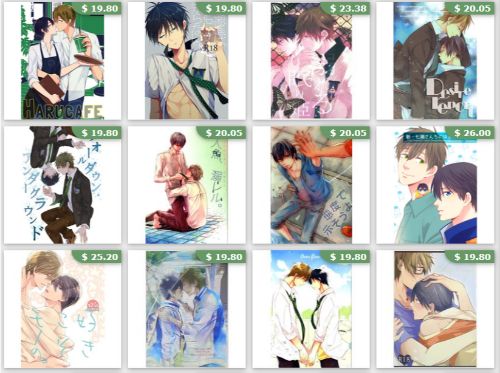 The relationship of the two: Childhood friends 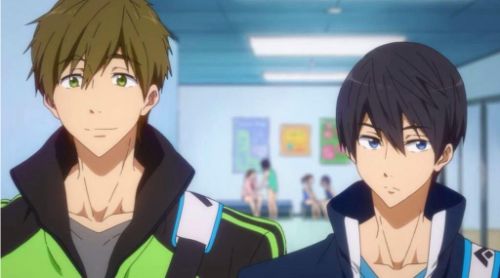 Saori(゜∇ ゜) “These two are the main characters who have been appearing in Free! since Season 1 of this series! They’ve been close since they were elementary students. They came to Tokyo from Tottori Prefecture and started to go to the same college in Season 3!”

Saori(゜∇ ゜) “Haruka, who’s interesting in nothing but swimming, and Makoto, who is a little meddlesome, caring too much about Haruka… That’s their relationship… Since Haruka’s parents often go overseas on business, he stays at home all alone while they’re away. On the other hand, Makoto tends to take care of other people because he tries hard on everything as the oldest brother. Like this, both their personalities and family structures are totally opposite but they ended up getting along perfectly.” 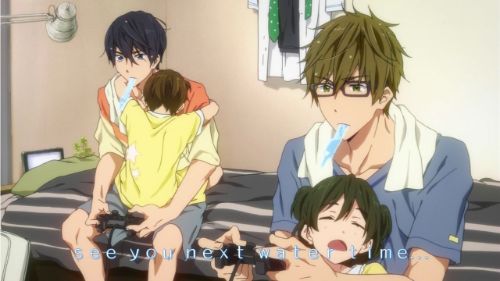 Saori(゜∇ ゜) “I guess the reason why they’re this popular is because…. they’re ‘not always’ getting along well. They had a biggest fight ever in the middle of Season 2. Haruka wasn’t able to find the reason why he swims in the first place. Makoto, on the other hand, confessed to him that he had made a decision about his future course after he graduate from high school. Haruka showed an abandoned behavior, saying that I’m fucked up, having no dream in the future, when Makoto raised his voice, ‘You’re not!!!’” 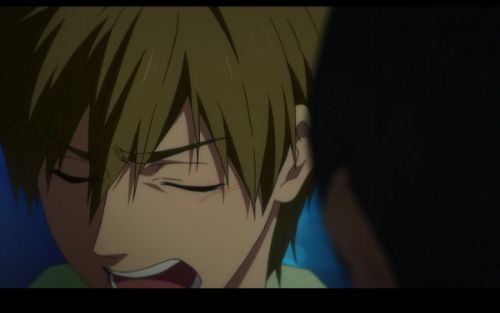 Saori(゜∇ ゜) “They are usually kind of spoiled by each other but… they both worry about each other’s future so much that they can fight over them! I would recommend Season 2 to start watching with, where these two charas’ relationships are depicted deeply!” 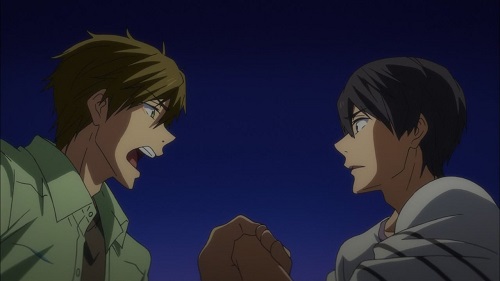 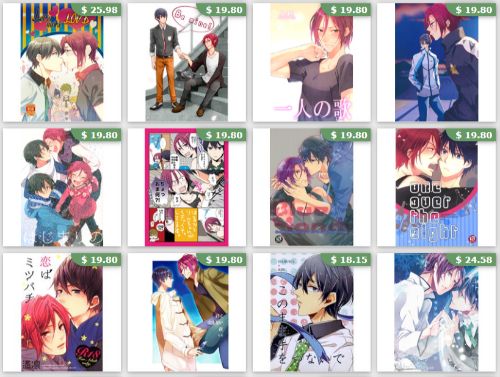 The relationship of the two: Childhood friends and the eternal rivals 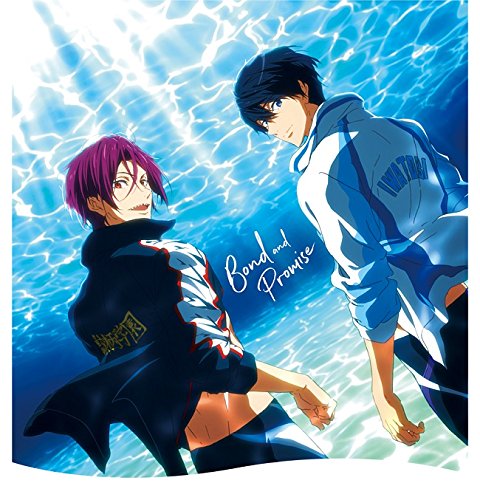 Saori(゜∇ ゜) “It’s not too much to say that this story is depicted, focusing on these two chara’s relationship… Yes, they’re the MUST chara.” 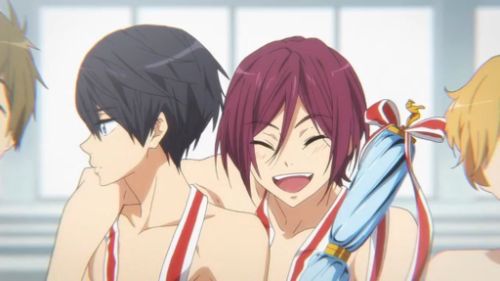 Saori(゜∇ ゜) “Rin and Haruka first met at the swimming school when they were both elementary school students. They would share enjoyment to swim through relay races and ‘the view which they can finally see (through swimming)’ with each other. Rin went abroad in Australia, dreaming about becoming the Olympic swimmer in the future. Haruka saw him off and in time….. several years have passed without being able to contact him.” 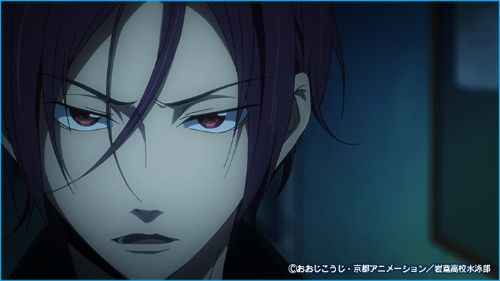 Saori(゜∇ ゜) “When they finally held a reunion, Rin challenged Haru on swimming to show his improvement, cussing out his childhood friends, Makoto and Nagisa. This is how the Episode 1 of Season 1 of Free! started. Why has Rin changed and what is on his mind… Rin and Haruka once again will try to know each other, competing swimming…!” 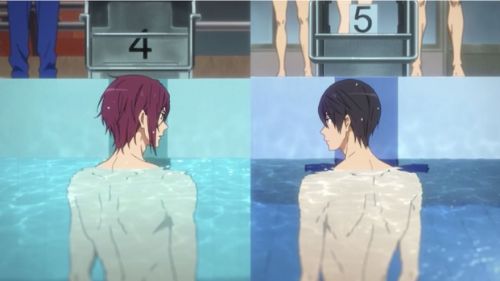 Saori(゜∇ ゜) “If you’re into these two, watch the final Episode of Season 1! Nope! Actually, watch Episode 1 through the final!! That way, you will come to love Rin-Chan a lot more at the final!!! If you watch Season 1, you will definitely love Rin-Chan!!” 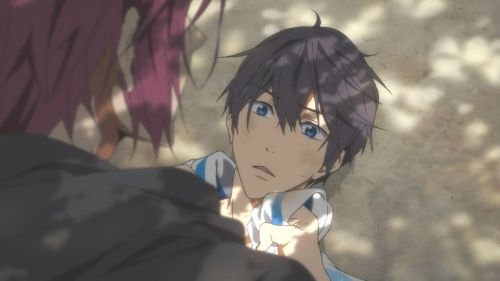 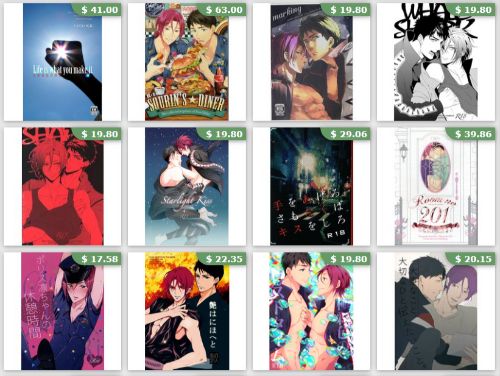 The relationship of the two: Childhood friends and good sympathizers 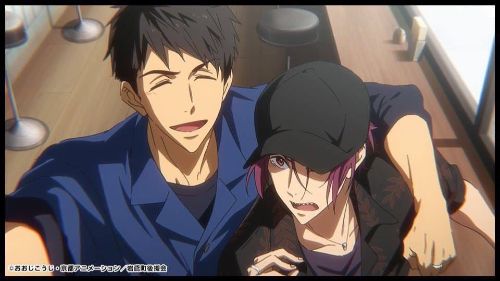 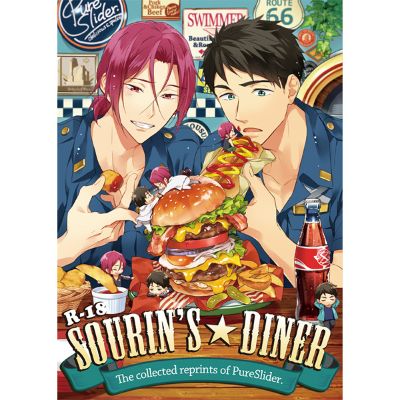 Saori(゜∇ ゜) “The relationship of these two Chara is a little similar to the one of Haruka and Makoto, shared above but they’re different in a sense. They’ve known each other since they were elementary school students. Rin set off for Australia, aiming to become the Olympic swimmer, while Sosuke have kept making efforts since he entered the swimming powerhouse school… they both encourage with each other toward their dreams.” 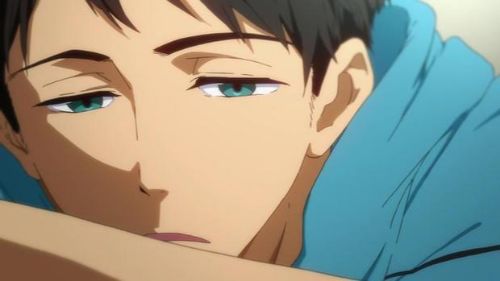 Saori(゜∇ ゜) “Sosuke deeply roots for Rin, who has the same goal as his… but he has had big quarrels with him, having totally different opinions. Unlike Rin, who loves the relay race, Sosuke has started focusing more on the individual events, saying ‘The team event, where we lose due to someone else, or share winning with other swimmers, isn’t for me’. However, their relationship wasn’t ruined by that since they knew they were the good rivals, just having different values. How matured~! But that’s why Sosuke never hesitates to get angry when someone has Rin wrapped around his finger or has him involved with something stupid.” 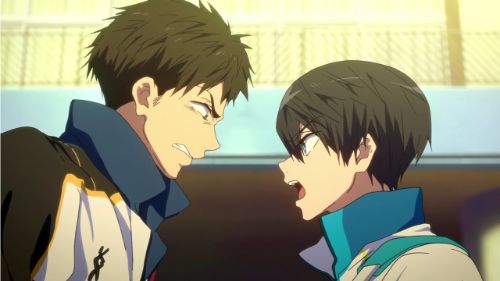 Saori(゜∇ ゜) “Sosuke starts appearing from Season 2 as one of the main characters, so try to watch Episode 1 of Season 2. I bet you will know why Sosuke roots for Rin from the bottom of his heart… and end up loving him more! Check it out!” 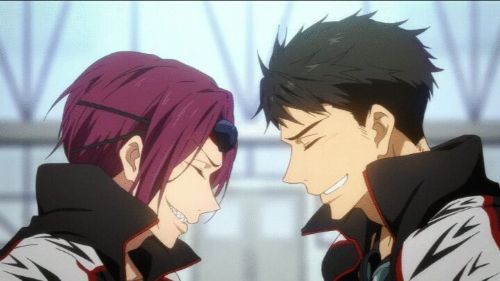 Saori(゜∇ ゜) “As for Couplings, it’s better you actually watch than being recommended to watch!! For those who got interested in! Watch Free! before the year 2020 comes!”

Alright now! We’ll see you all at the next update! Bye now~!