Saori(゜∇ ゜) “No way! Everybody might be able to guess who’s got the 1st place but not for the whole TOP5 characters or the reasons why they were chosen… So! Saori (I) will make a perfect guess why they were ranked in TOP5 today! Are you guys ready?? Here we go!!!!”

Announcement for the TOP5 Most-Releasing Doujinshi by Chara! 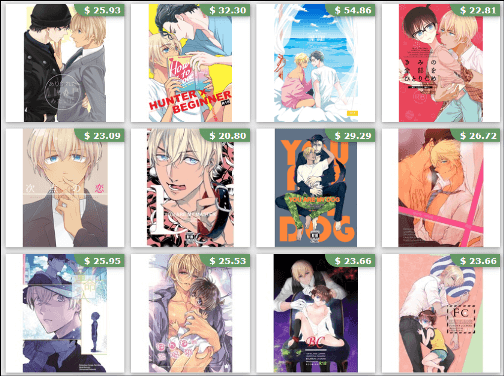 Saori(゜∇ ゜) “C’mo~n!! Look! No question! This guy is strong, cool and popular no matter what he does, huh? He’s the one who appeared in the most-releasing Doujinshi at Comiket96 this year! Congratulations!!” 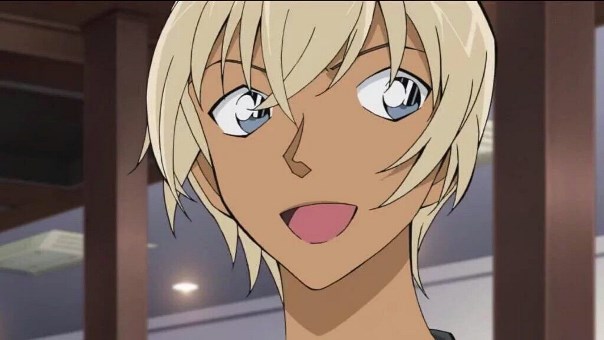 Boss(  'ω') “Why on earth does he appear in Doujinshi this much?”

Saori(゜∇ ゜) “Yeah! I searched for the secret of his popularity! Guess what? Not only does he involves with male-chara in Doujinshi but he’s also started to appear in spin-off Manga, Zero’s Tea Time, with Enomoto Azusa-San!” 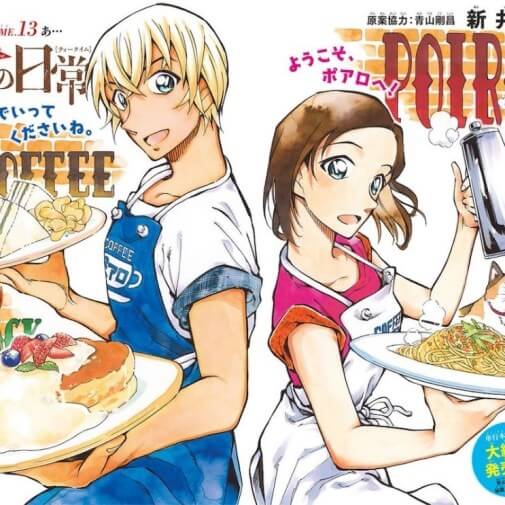 Saori(゜∇ ゜) “By the way, since Kazami-San, who doesn’t appear much in the original, appears a lot, Zero’s Tea Time is the one I really recommend especially to Amuro-San fans. It’s fun!” 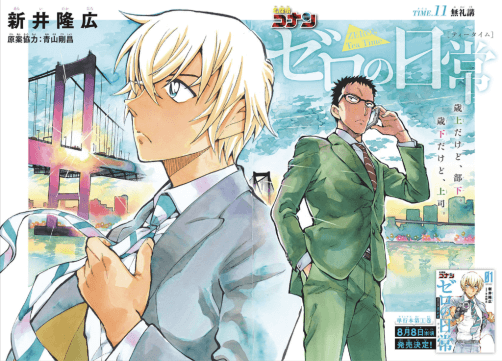 Saori(゜∇ ゜) “One of the reasons might be that not only BL but NL has also become more popular as a combination! Actually, A decent number of Azusa-San and Amuro-San’s Doujinshi were released at Comiket96 too! Another reason is that a spin-off work, Zero’s Tea Time, which depicts Amuro-San’s daily life, has been serialized, besides the original, full of serious scenes, I guess.” 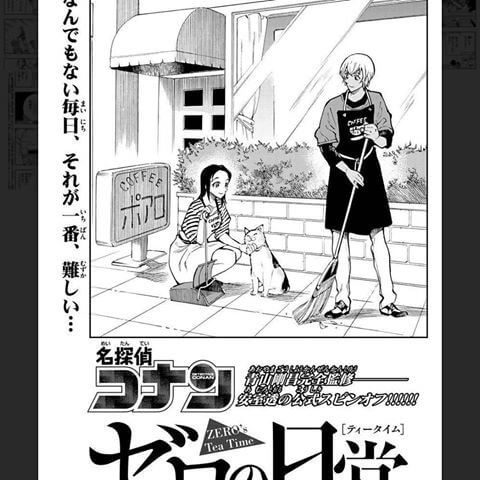 Boss(  'ω') “Yeah, not only is he attractive but his work are also depicted in various ways, being serious, peaceful and gag-taste, which must be make his fans imagine what he really is like, huh? For those who love Amuro-San, why don’t you check out the spin-off, Zero’s Tea Time?” 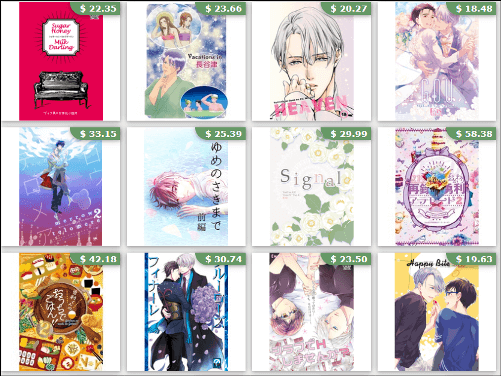 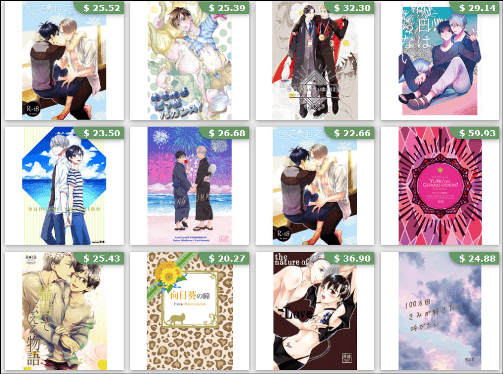 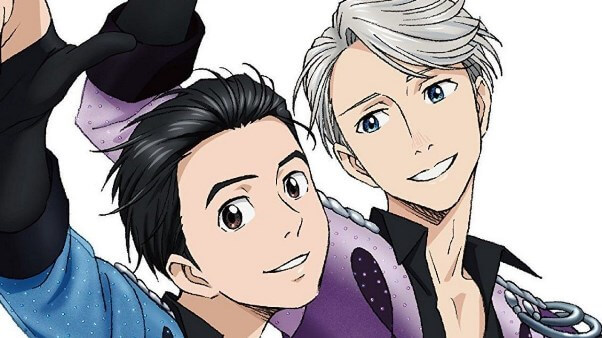 Saori(゜∇ ゜) “Unfortunately, there are no further announcement, regarding the movie.” 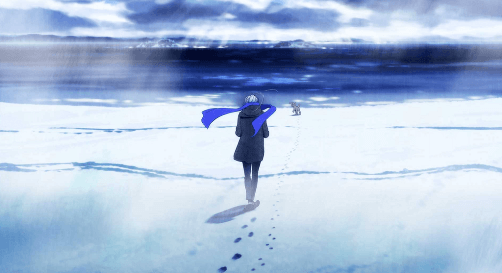 Boss(  'ω') “Is that so… Yuri fans must have kept making Doujinshi, expecting for the further news, just like Victor in the picture above….”

Saori(゜∇ ゜) “I took a quick look at Comiket Doujinshi that were released and I noticed that most of them were depicted about those two characters’ future life after the Anime! We don’t know yet if the new movie will be about the story after the Anime or the past story…. But again, it would be better without any info for those who make Doujinshi, huh?”

Saori(゜∇ ゜) “We can check it through Anime’s official Twitter! Now at this moment, no news seems to be updated yet so you see so many surreal huge makkachin plushies, instead! They’re so cute!!!” 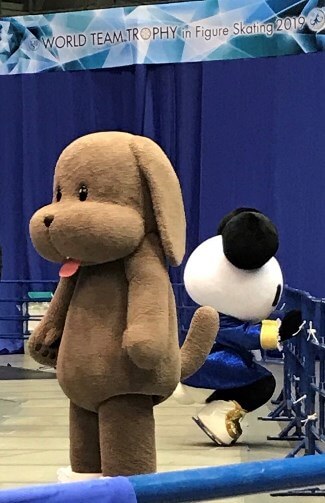 Boss(  'ω') “What kind of situation is it in this photo… But anyhow, let’s keep checking it out for the further news there! Oh yeah…I believe that the movie will be released in winter since the Anime is about skating… It could be ranked in top at Comiket97, depending on when it’s released, huh?” 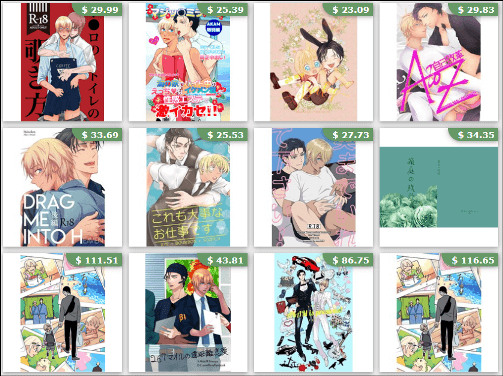 Saori(゜∇ ゜) “From the same Anime, Conan, Akai-San got ranked in TOP5 too! Congratulations!”

Boss(  'ω') “It’s my guess but Akai-San will get the 1st place as the most-releasing Doujinshi’s chara at Comiket98!”

Boss(  'ω') “Hehehe… because they’ve announced that Akai-San will be the main Chara in Conan’s movie, releasing in 2020!! You know what? At the ending of the movie this year, I heard Akai-San say….”

“Reach out, far and beyond” 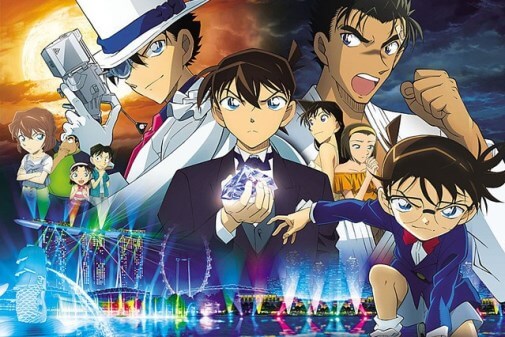 Boss(  'ω') “The movie releases in May, 2020→Fans make Doujinshi for a month or two→All these happen before a Summer Comiket!!! This is the best flow!! This gotta be it!” 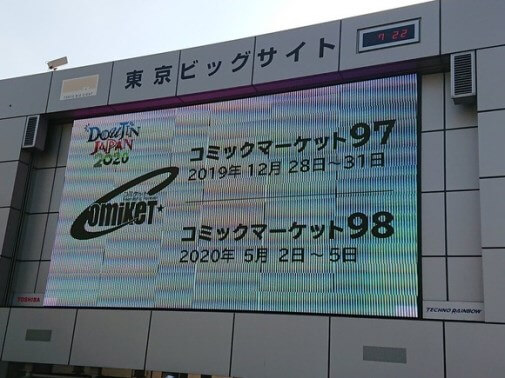 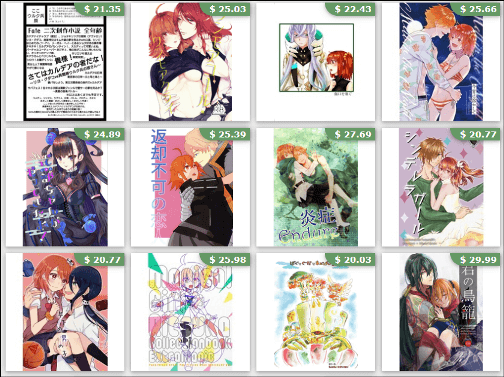 Saori(゜∇ ゜) “The last one in TOP5 goes to a female main character of Fate/Grand Order, Gudako! Congratulations~!!!” 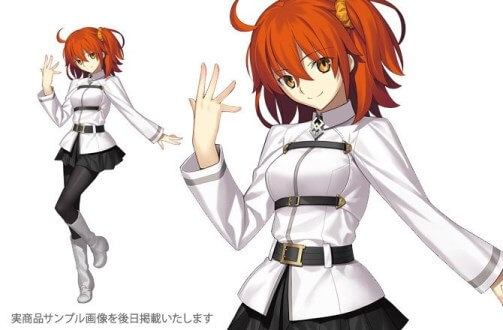 Boss(  'ω') “I think the main character, who appears in Anime, Fate/Grand Order, starting airing in October, 2019, is male, right?”

Saori(゜∇ ゜) “Yep! In the stage play version, both male and female main characters appear as a ‘W’ cast, however, in other media, most of the main characters seem to be a male! By the way, the reason why she got ranked in is because many authors depict how male characters, who appear in Fate/Grand Order, interact with each other, through her as a main character!”

Saori(゜∇ ゜) “Well, good examples are Saniwa from Touken Ranbu, or Anzu-Chan from Ensemble Stars!... you got it?”

★Doujinshi for Adults? Come visit us at Doujin Republic!

Saori(゜∇ ゜) “Guess what? In Comiket96, more Doujinshi by Gudako with Romani Archaman or Robin Hood, were released! So check them out too!

Alright now, don’t forget to do a final check for Comiket96~! Bye now~!!