★Saori Press Vol.13★ Is summer in Japan scary?!  A special article for the horror games!!

※There are some sentences or videos that include horror or bloody expressions in this article.

Even though they aren’t that scary, if anybody who is not good with them, please use discretion.

You know, I love anime but when it comes to the game genre, I love horror games(o*・ω<)o!!

Speaking of the horror or scary stories, we have to pick summer out of four seasons!

we have Bon Festival(Obon) when our ancestors come back.

On the other hand, western countries have Halloween in October 31,

instead of the Obon so it is said that scary stories in their countries always remind them of winter.

Really???  I’ve wanted to introduce so many scary games and anime!

I’ll introduce you some horror games which have been shown recently in Japan! (*｀д´)σ=σ

“Solve a mystery of a locked room and keep running away.”

This is a popular free game for the computer, whose movie on the base of the game is now showing in Japan! (σ´∪｀σ)

The scene is laid in the unmanned western-styled building.

Some high school students visit there to see if the rumor of ogre’s is true.

But when they hear the sound, they start running away separately and then they all get locked in the building.  How many students are able to make it, solving the mystery, getting out of the locked room and getting away from the ‘ogre’....?

This is what we call, ‘Playing tag-style’s escape game’, which is now so popular in Japan!

If you get caught by Aooni who chases you, your game is over right away!

As you have to solve the mystery to escape from the building, fighting with the fear of not knowing when you get attacked, we get surprised at any sounds, however small sounds they would be.. (´ｖ｀)。

Here is a PV which is mixed with some parts of the movie showed on July 5 in Japan and other parts of the game.

※There are some bloody expressions.

I wanted to go see the movie but it looks much scarier than the game...

I would definitely cry if I watched this alone.

The atmosphere of the movie is almost the same as the game, so you could just imagine the game is like this movie!

By the way... it’s between you and me but.. since we deliver the overseas’ version, you can play it too!

Check the DL out hereヾ(*´v｀*)ﾉ

(Saori Press is still going on, so make sure you come back here later, ok?)

I recommend this game to anybody who wants to feel real fear being chased or wants to play the tense game!!

It won’t be refreshing since it’s too scary, so.., let’s play it seriously!

“How deep the bond should be if we want to get away from this tragedy...?”

This is the horror game series that I love most(*´艸｀*)!

I think this is a representative of ‘Japanese horror games’!

Even though each series has a different time and setting, they have the common rules throughout, that ‘the main character has to be a woman’, or ‘The story has to be based on escaping from somewhere locked such as buildings, villages, or islands.’, or ‘The main character has to take a picture of ghosts with a special camera and exorcise the spirit’..

To me, this is ‘a horror game which has the most beautiful world view’ and I never exaggerate this.. this is just so fabulous!! 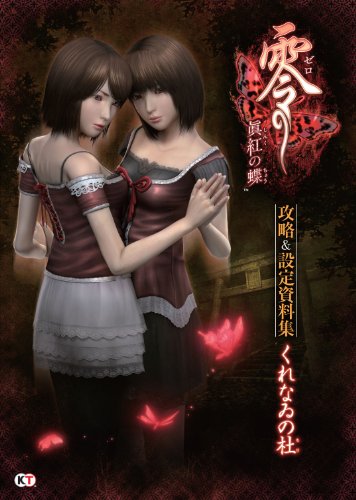 The main characters are twin sisters.

They find a red butterfly when they are playing in the forest.

A big sister chases it and a little sister chases her...and they end up losing their way and finding themselves at the village erased from any map, which always stays in darkness.

※This is a PV of PROJECT ZERO 2 Wii EDITION, the remake version.

When I saw the ending of this game the first time, I was just shocked for a while.

The ending that we see when we play it for the first time was just too shocking to me.

That’s why this game should be ‘the best horror game’ even though ten years has elapsed since it was released.

“Although we were born together, we live and die separately afterall..  I knew it.. I knew it though...”

It is such a beautiful world.

But it’s super scary game.  I wouldn’t recommend this if you wanted to play it with a halfheartedly!

I’ll tell you what.  I struggled with nightmares for three days in a row until I cleared the game!!!!

This will be shown as a film too and the film is being made right now!

I’ll definitely go see it even if I can’t sleep in the middle of the night!  That’s for sure!

※There are some bloody expressions.

“But that was “a promised place”, where the main characters can never go.”

The main character was all alone after her parents passed away.

One day, she finds a picture written ‘Azakawa village’ in her parents’ room.

She sees her parents, herself when she is a little and her grandfather which she doesn’t remember at all. 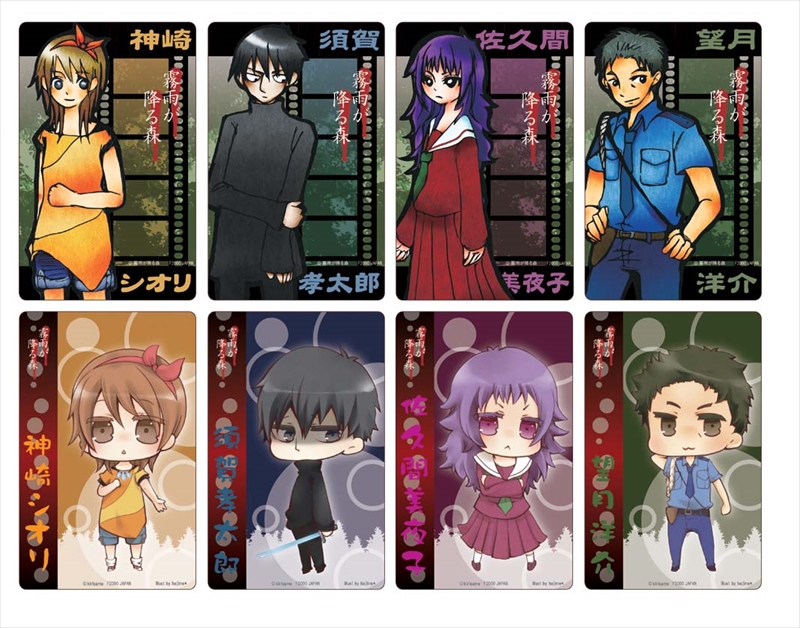 This is the adventure-typed horror game whose comic is in the Japanese magazine right now. ヾ(*´v｀*)ﾉ！

This game even has some goods too.

I think this is the least scary game among the four horror games shown in this article.

This horror game is featured with ‘Adventure, solving mystery’...

Even though I can’t give you the detail about this story because of keeping a secret, you will have a warm feeling when the main character has a true ending.

I was so excited at the scene where they solve the secret.

I recommend this as ‘a horror game which is a little scary but refreshing after you play it’!

This game will be released as drama, CD and in various kinds of media, so we might introduce this one more time in another Saori Press!

★The Witch's House (Majo no Ie)

“The main character, Viola wakes up in the forest where she went to hang out.

Even if she wants to go back home, she can’t because of a terribly huge rose in the way.

She moves forward since that’s her only choice and what she finds there is a huge house called, witch’s house.” 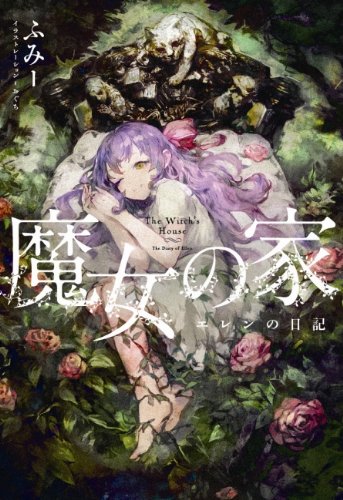 This horror game made me feel that the writer of this story must have a great sense of making stories, which I’ve felt when I played ib too.

You can see the summary of the story from what I wrote in this article, but the game is a little hard to understand＾ｐ＾。

It’s just like a ‘Kill at first sight’ (There is a trap that people who play for the first time get caught and they end up being GAME OVER).

There is nobody who isn’t still playing it after five minutes from when they start the game.

There are just like a parade of GAME OVER.  But it’s so much fun!

I bet you will feel much better than other games when you get over the trap, searching for the right course experiencing so many GAME OVERs!

When I played this, I got game over once in every five minutes so I gave up counting after I got it 20 times...

What’s more, the world view of this game is wonderful and the witch’s house where they’re locked is so uncanny...

And what is best about this game is its ending.

Once you see the ending, you’ll definitely feel like playing it from the beginning again.

When you find the hidden secret in this game, the world view of this game is changed completely.

All I could say was just so wonderful.  I couldn’t stop thinking, “That was it!  Now I know!”... I was so thrilled when I found out the truth when I was playing the game.

Yes, this is such a popular horror game and it has also been delivered with translation-versions including English too!

（Saori Press is still going on, so make sure you come back here again!）

I wonder how many times you will get GAME OVER until you see the ending...?

If there is anybody who has never got GAME OVER even in your first trial, just let me know through the email or the billboard!

I’ll just purely respect whoever can do thatヾ(*´v｀*)ﾉ！！

We have more wonderful games other than this!

To anybody who doesn’t horror things, I want to thank you for reading my article!

And why don’t you start playing the horror game, lb first, feeling being deceived!

Though I introduced lb as one of the horror games, it’s not that scary and its world view is wonderful!

In general, you all feel the sunshine is so bright after you get out of the haunted house.

And I think it’s the same thing for the horror game since it’s got the effect that we can see the moving wonderful ending at the end. (人´∀｀)！

Ok then, I’ll see you next Saori Press!  Bye!