I love this emoji because I feel like it represents myself being humble, modest, moderate...etc!!

Haha.. my boss is now looking at me as if he’s saying that I shouldn’t be lying like that..  but I don’t care...

First one I want to introduce to you is my favorite cat character in the whole world, Nyanko Sensei！o(´∀`o三o´v`)o

He’s so adorable but also free and bossy.. so he always plays by teasing his owner, Natsume Takashi, with whom he lives.

Nyanko Sensei was trying to steal a book called ‘Yuujinchou’, in which  monstrous creatures can be used like a puppet their names are on, but Natsume Takashi promised Nyanko Sensei that “he would give it to him when Natsume dies”, so now Nyanko Sensei body guards Natsume.

What is super cool about Nyanko Sensei...

I gotta say that he looks so adorable but he is also so kind, he always keeps promises with Natsume and stays with him.

(´,,･ω･,,`)  Even though he can rarely have chances to express his feelings from his stubborn personality, he always help Natsume when it’s urgent, especially when Natsume unwillingly tries too hard to help Ayakashi (one of the monstrous creatures) though..

Nyanko Sensei “OMG, Natsume... you always go your own way..”

Natsume “But I know you’ll be here with me until the last minute, won’t you?”

Nyanko Sensei “What?? That means I can eat you?”

Natsume “Are you going to be sympathetic to me someday?”

Nyanko Sensei “How about you?”

This is a conversation with Natsume, but when Nyanko Sensei is alone,

Nyanko Sensei “Humans are such weak creatures.  I don’t like weak people.  They always try to care about others or save people desperately even though they’re weak and powerless.. You too, little girl....like Natsume”

That’s what Nyanko Sensei thinks in his mind.

He never mentions that kind of thing out loud, but he always worries about Natsume who tries very hard to save Ayakashi and humans all the time. 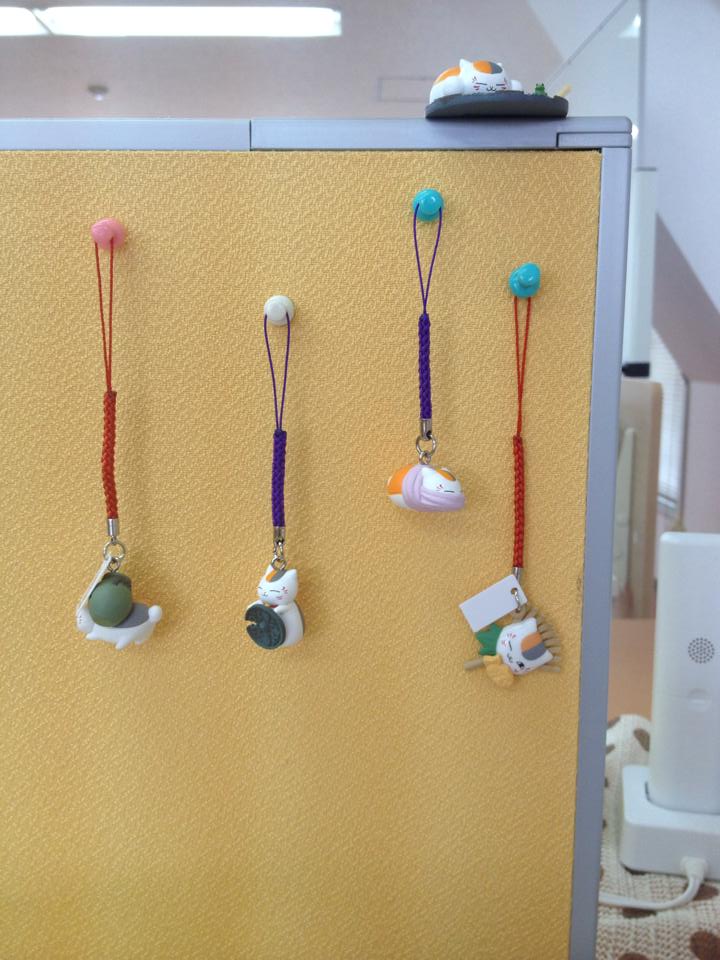 Though I told you guys about how adorable Nyanko Sensei was in the last comment,I really love him too(´,,･ω･,,`)

His name is Shiro-kun, who appeared in the anime called ‘Hoozuki no Reitetsu’ televised last year.

It’s really easy to know why he’s so attractive!

Though he works so hard when he punishes people who committed crimes when they were alive, he is just a normal dog,

just as other dogs in his daily life..

He loves to be rubbed, goes crazy eating once food is shown...., and as he is always drooling, I feel like wiping it..

Because he can talk and communicate with people too!

Isn’t he cute that he gets so friendly with people who he allows to be his friend??

I just wanna rub him, hold him...what is this all about??

But actually..., I can’t express how good Shiro-Kun is anymore in this article..

I especially bet dog lovers will fall in love with him in an instant!

Yes, the character, Felyne (AIROU)・Melynx (MERAROU) who helps hunt huge monsters with players in the

MONSTER HUNTER series, which is a coincidence that they are also simultaneously having great sales in Japan

Both of them are the cat-shaped tribes which are actually intelligent enough to be able to understand human’s languages.  Felyne (AIROU) always visits human’s villages and helps them (=^･ω･^=).

and selling the items which he steals from the monsters (=^･ω･^=)！

This is one of the settings.  But they can help us hunt the huge monsters if they make a contract with hunters with other players！！

Felyne (AIROU)・Melynx (MERAROU) who made contracts with the hunters will be called Felyne Comrade (Otomo AIROU) though... 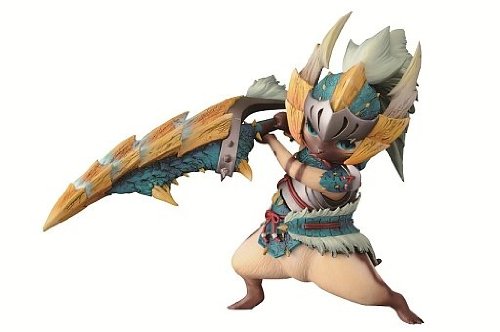 They will get adorable day by day when we see them fighting with the monsters bravely with their small bodies, trying to recover their strength for their owners (hunters), eating meals together, taking an onsen (a bath) together as their bodies are the same as the owner’s. …(*ΦωΦ*)

I named my Felyne Comrade ‘Mochisuke（もちすけ）’ after Mochi(Japanese rice cake) since he’s got white hair.

He’s so cute to come hunting with me like that...I mean..

(´^ω^)Who thought that it wasn’t cute? Don’t say that, you’ll make it go into the nightmare！！

This character is, what we call it ‘Yuru-chara (the local mascot character)’ which appears in Free!, 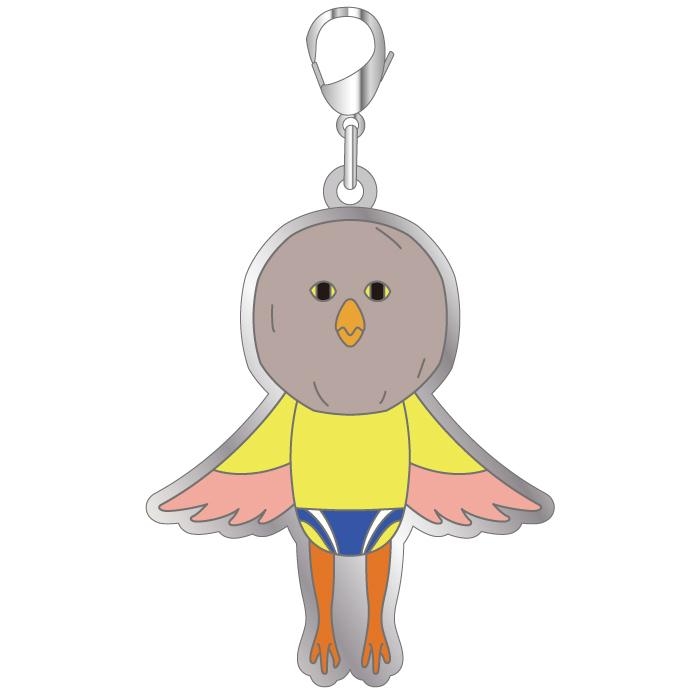 Well, if I introduce the cutest and also wryest villain..! the first one would be Monokuma in Danganronpa！(*´Д`)

Monokuma’s character is a fierce bear in the game or the anime, that he actually confines 15 high school students including the main character, Naegi Makoto, in the closed school and make them commit the ‘complete crime’ without letting anybody know and he lets the only students who complete the mission escape from the school. ((((;;OдO;lll))))

That’s the rule he forces us to have in the game.  On the contrary of his cute looks, his personality is just like a ‘monster’.  If they can’t commit the ‘complete crime’, he punishes to them directly...

But, that monster-like personality is the most attractive part for him.. Pfft, pfft ( ´艸｀)!！！

And Monomi who appears at the sequel, Danganronpa2 is a teacher of the main character,

Hinata Hajime (She looks like just a rabbit stuffed animal though..).

She used be named Usami but Monokuma, who appears in Danganronpa 2 again,

modifies her to a monochrome-looking rabbit and changed her name to Monomi...

Monokuma is a character which embodies ‘insanity’, while Monomi is the one which embodies ‘conscience’ trying to fight against him and saving all the students, even though she is incompetent.

That’s why we tend to sympathize with Monomi…(・ω・）

I don’t know why, but somehow I think Monokuma is extremely cute..

Especially I like the sexy dance he performs in OP..

He is kind of a mixed and wonderful character which has the evil part that makes us mad at what he does,

and at the same time, the cute part that makes us think that ‘Danganronpa wouldn’t have been this interesting without Monokuma’.. (ﾉω｀*)！

There are more cute characters other than those!

★Piyo-chan (by Uta no Prince-sama)

Well, how was the cutie special?  Most of the information I shared today were from my preference though…(´^ω^)

just read the title of this blog once again…(´^ω^)