All the people including boys and girls, ladies and gentlemen, love Weekly Shonen Jump!

Actually, each of the 6 popular manga artists is going to start a new series on Weekly Shonen JUMP such as a golf manga by the manga artist of Kuroko no Basuke, which is planned to be sold on February 6th! We can’t wait to see what kinds of the manga they will be like!!!(*・∀・) 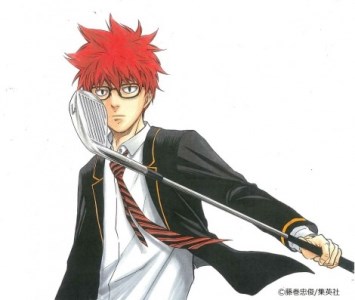 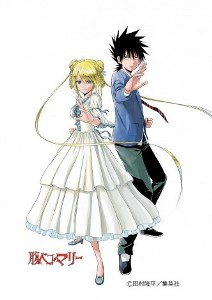 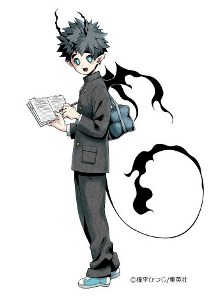 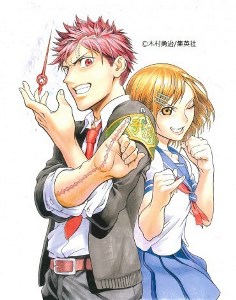 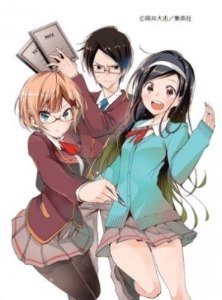 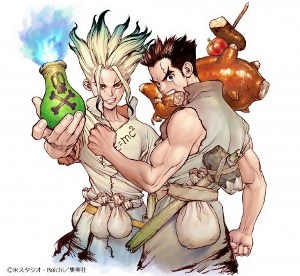 Since JUMP has been creating enjoyable manga, this time I would like to introduce 3 must-read works which are currently running! 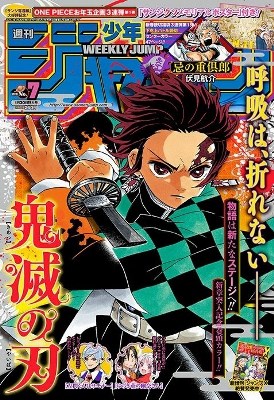 The scene is set in Taisho era of Japan (1912-1926 CE) . A very kind boy, Tanjirou, was selling charcoal to support his poor family but spending nice and calm days. However, all his family were killed by an ‘ogre’ except for his sister, Nezuko. Although she was the only survivor, she was suddenly transformed into a monster too. To hunt the ‘ogre’, a swordsman of the group called ‘Kisatsu-tai’ to fight with swords behind people appeared…… They left the place to get Tanjirou’s sister back as she was, and to hunt and kill the ogre who killed his family.

This is very interesting with the good combination of the unique atmosphere and the unique drawing touch! The serious-styled story with sometimes comedy mixed moves quickly in a good tempo so you can read it very enjoyably!ヽ( ´ー｀)ノ 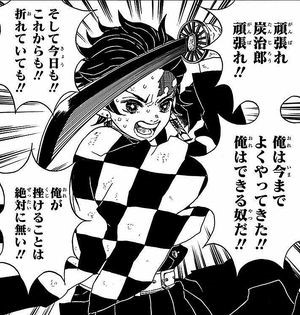 As the main character, Tanjirou, is just so straight, obedient and kind but stubborn, while his younger sister, Nezuko, who is still trying to protect her brother even after becoming the monster, those characters are also interesting! They just do anything in their own ways. 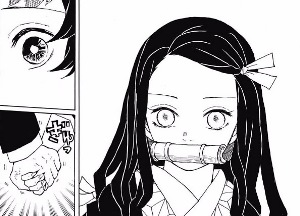 My favorite character is the negative Zenitsu! He is such a kind boy! 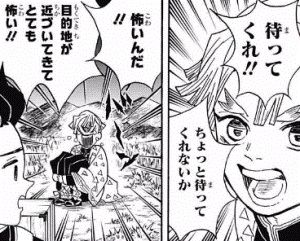 Tanjirou and the swordsman’s ogre-hunting trip was drawn in the manga, which until volume 4 was currently issued!

A kind and unselfish high school student girl, Teshigawara-san, met a mysterious student who moved to the same school, Samon-kun. Actually, he was a summoner who is interested in summoning devils and he doesn’t like good people!! Samon-kun, who likes ‘to destroy greedy human obeying devils’, was trying to corrupt Teshigawara-san in any ways to be ‘the human who is going to the hell’…!?

Since then, Teshigawara-san started being persistently harassed by the devils that Samon-kun summoned. At the same time, she started spending busy days, for better or worse, to solve the daily troubles that occurred though the disturbance caused by him. Also, because of him, Teshigawara-san’s life was targeted by the devils. 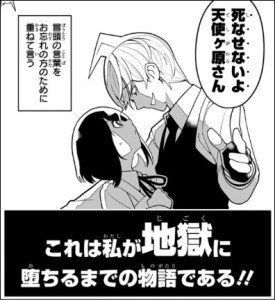 And this is a slapstick comedy by the Tsundere devil boy and the super angel girl.(｀･ω･´) 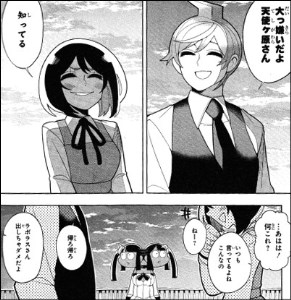 This is a strong romantic comedy!!! Volume 7 of this was issued!

Grace=Fieldhouse is a small orphanage away from the outer world. Children live there with their nurturing mother called ‘mama’. Although the 3 main characters – Emma, Norman and Ray – spend some little happy days while wishing to find their foster parent and leave the orphanage house, a shocking fact that they just know makes them decide to escape from the orphanage.

As the unique setting and the story did not exist in JUMP before, this moves forward with different ‘tactics’ and ‘mystery’ from the other boys’ manga.

This has jailbreak by kids only, brain battles, fantasy, an unpredictable shocking fact and full of exciting elements! This is absolutely recommended if you love something like jailbreak, a solution of a riddle, or brain battels! The main characters’ human relationships are also something that we should see!(0ﾟ･∀･) 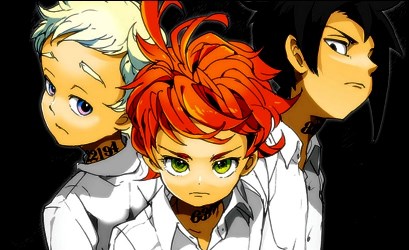 We can’t wait to see the next volume! Volume 2 of this was issued!

There are a lot of enjoyable manga and we can’t miss JUMP! If you don’t read it yet, please try it out!( ´_ゝ`)ﾉ

If you’d like to read but it’s difficult to get in the bookshops close to your place...or you can’t find that book… please let Otaku Republic know and we will assist you!