Finally, the time has come!
It’s the time to announce the result of Uta no Prince-sama Characters Popularity Voteʕ•̫͡•ʕ*̫͡*ʕ•͓͡•ʔ-̫͡-ʕ•̫͡•ʔ*̫͡*ʔ-̫͡-ʔ 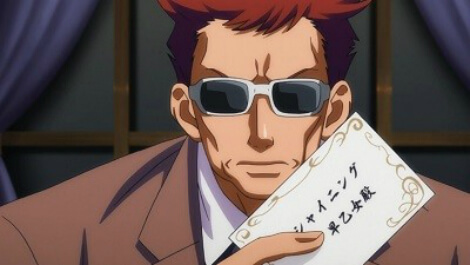 Who will be the glorious winner…?
I wonder what ranking my recommended Tokiya Ichinose is…ヾ(｡>﹏<｡)ﾉﾞ

・Beautiful voice, looks good with megane, that booty shake!!
・He is so awesome! I love how supportive he is! <3
・he's the best for Haruka
・beacause it's cool and beautiful
・He is perfect!! <3
・Simply because he is THE BEST in all the ways (his look, voice (his voice actor is Miyano Mamoru!), charisma, personality,...etc). Though if I could have two choices I would have chose Ai too.
・Mamo-chan daisuki <3
・He's very cool
・Tokiya's songs are my favorites ^q^

Mafuyu(੭ ˃̣̣̥ ω˂̣̣̥)੭ु⁾⁾: Congratulations, the winner is Tokiya!!! He was the winner by a mile with a big difference from second-best.
I can imagine easily that Tokiya would say “this is the natural result” with smiling.

I am so happy that Tokiya’s effort bore fruits, who has tried more than anyone☆

・Because of his passion and loyalty - not to mention he's a cutie pie!!
・He's awesome...
・He is so cute! I fall totally in love with him at first sigh.

Mafuyu(^q^): Actually, Otoya had been winning since the vote started, but at the last minute,he was defeated by Tokiya.
I enjoyed a lot watching the rivalry battle in the team ROULETTE, thanks to everyone.

Otoya is the one who is always bright and smiles like everyone’s sun.
I can’t stop admiring how Otoya tries anything hard positively.

I hope that Otoya will be able to keep singing because he loves singing more than anyone and that ST☆RISH is the place for singing.
Congratulations second-best, Oto-kun('ヮ' )♪

・He's very handsome and suave, but has a very sensitive side.
・I like his "at my pace aura". And love her voice.
・Despite being extremely flirtatious, he really is a kind person!
・Warm full hearted guy!!
・I love Ren Jinguji
・I really like flirty characters in anime, and Ren fit literally all my preferences. The fact that he also has slightly longer hair than usual too.. Ah.. I love anime characters with that.. And backstory :3 I for some reason love his backstory. A lot. But, I just love him a lot ♥♥

Mafuyu(^q^): Ren-sama, congratulations third-best! He was incredibly ranking up at the last minute to successfully become the third-best☆

Ren-sama is the one who can always do a great job.

I am also happy to see that Ren-sama, who did not want to be an idol with his own idea, is trying hard to do the idol activity.

Ren-sama, please continue making girls get addicted to you by shining!

・I love the way he tries so hard to become manly and follows his dreams.
・i loved him since his first appearance!
・He's small and cute!
・He's a bae
・He's cute and I like his voice!
・He is so cute and funny

Shou-chan has a cute appearance with a masculine character.
I am deeply encouraged to watch Shou-can, who keeps trying hard and says “What non-genius people need is effort only. The effort is the only thing to compensate talents”.

・He's adorable but also has a surprising amount of depth and sadness to him.
・In the anime he didn't have much role, but in the games he was the main chara of A-class. His story was deep and he's shown his kindness and strength despite his hardships.
・He's super cute!! Plus his seiyuu is a super talented singer!

Mafuyu(^q^): Natsuki, congratulations best-fifth.
There are some people talking about not only anime but also the game in the comments. That’s right, Natsuki’s story is very dense.

Natsuki is the one who created another personality, Satsuki, to protect himself from an event in his childhood.
However, that is because Natsuki is too gentle.

I want to keep watching the gentle and relaxing Natsuki’s smile forever!

・I find him so cute
・His character design is perfect and his hair is very unique and amazing!
I also love his singing, it can bring a smile to anyone, his songs are really meaningful and beautiful to listen.
I LOVE HIS BACKSTORY WITH AINE AND REIJI, makes me cry for all of them tbh.
Also his seiyuu's Aoi Shouta is perfect for him, so that is why Ai Mikaze is my favourite character!

Mafuyu(^q^): Ai-chan, congratulations best-fifth!
There are also some people mentioning the game in the comments regarding Ai-chan, which is the same with Natsuki.
Ai-chan’s story in the game touches us so much, doesn’t it? I also cried a lot.

Ai-chan is still learning what emotion is, and what the connection with people is.
Let’s support Ai-chan to get him to shine more and more through music!

・Masato is so cute!! It's so cute when he blushes, and he is also the perfect housewife!! And his voice and the way he plays the piano makes my heart beat hard every time!
・He may seem very stoic and cold but he is actually really sweet!
・KOKORO NO DAMU

Mafuyu(^q^): Masato, congratulations best-fifth!
As comments by the voters, Masato has many elements like cute, quiet, hardworking…

Masato is the one who became an idol after overcoming his parents’ resistance with his passion to nothing but the music.
Let’s keep supporting him so that he can continue singing for his dream.

・Because he is such a bold and charming character (though I hope they adjust his back story to fit the story implemented in the game)
・He so Cool and cute cause his eyes !!!! :)
・Rock music! ^D^/
・I loved his route in the video game! His romance with Haruka is so sweet~

・Camus is just too fabulous for this world. I also love Natsuki, Reiji and Kira! But had to choose :DD

・I love his singing voice <3

Mafuyu(^q^): RanRan and Camus-sama got the same number of votes.

“Why am I on the same ranking with you!”
“Shut up man, that’s exactly what I was about to say!” 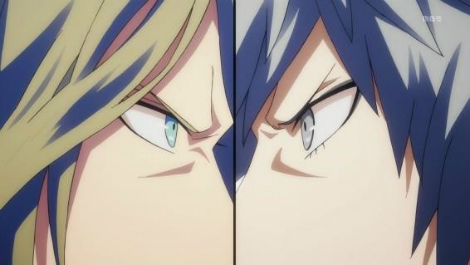 It’s easy to imagine they would say something like that.

RanRan is always the one who loves rock music and his way of living is also ‘rock’.
On the other hand, Camu-sama is the one who is elegant and always dignified.

I want them to keep shining as idols, and as the members of QUARTET NIGHT.

I think the idols can shine thanks to Ringo-chan, as he is gentle and sometimes strictly taking care of members at the Shining office.

Please keep being the cute and cool Ringo-chan.

★★The comments that she got from her fans★★

・She is so pure, cute and ultra talented at composition!!

Mafuyu(^q^): Cecil, Haruka-chan and Shining Saotome got the same number of votes.
It is literally ‘fantastic’!!

Cecil is always working hard to anything and very straightforward.
And, Haruka-chan is the one who loves music and just moves forward to her dream.

I always get courages from their earnest characters.
Please keep moving forward to your own dreams with your favourite music.

And, our boss, Shining Saotome!
Although he always suddenly says something unrealistic, this president’s unique idea let the members at the Shining office shine well!
President! Thank you very much in advance! lol

This is the end of the result announcement!

Thank you very much again for a lot of your votes and passionate comments!
We are so happy to feel everyone’s love to UtaPri. (◍•ᴗ•◍)

The season 4 of this anime just started!
Let’s keep supporting UtaPri together☆

Alright then! We’ll see you guys at the next popularity vote!
Byeeee!!!!